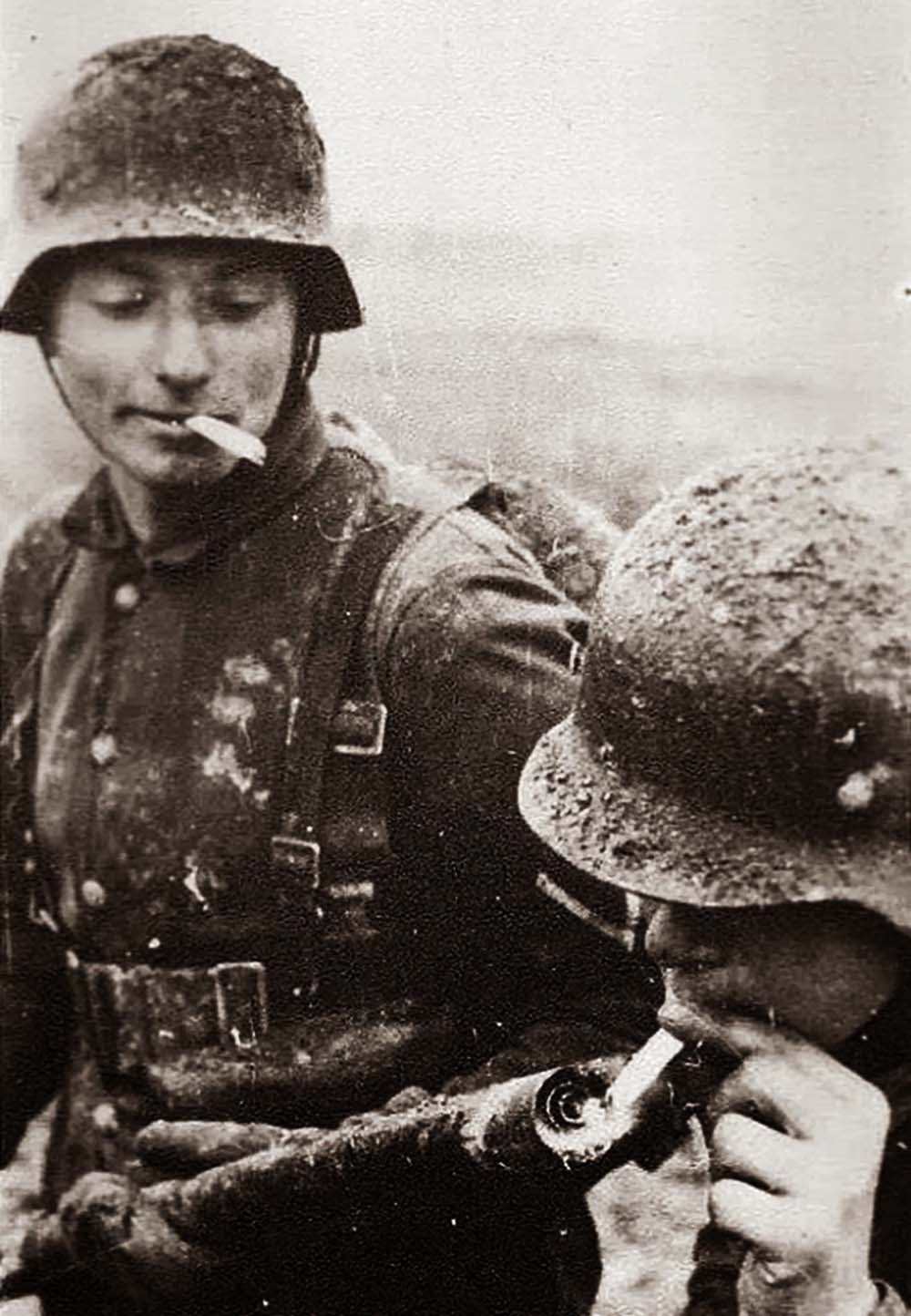 German soldier lighting his cigarette with a flamethrower, 1917.

This design was updated during the Second World War to become flamethrower model 40. However, model 40 was considered too fragile so it was soon replaced by model 41, a simpler construction with smaller, horizontal, cylindrical backpack containers. “Wechselapparat” is German for “exchange apparatus”.

The flamethrower, which brought terror to French and British soldiers was used by the German army in the early phases of the First World War in 1914 and 1915 (and which was quickly adopted by both).

The Flammenwerfers (flamethrowers) tended to be used in groups of six during the battle, each machine worked by two men. They were used mostly to clear forward defenders during the start of a German attack, preceding their infantry colleagues.

They were undeniably useful when used at short-range, but were of limited wider effectiveness, especially once the British and French had overcome their initial alarm at their use. The operators of Flammenwerfer equipment also lived a most dangerous existence.

Quite aside from the worries of handling the device – it was entirely feasible that the cylinder carrying the fuel might unexpectedly explode – they were marked men; the British and French poured rifle-fire into the area of attack where Flammenwerfers were used, and their operators could expect no mercy should they be taken as prisoners. Their life expectancy was therefore short.

During the war the Germans launched in excess of 650 flamethrower attacks; no numbers exist for British or French attacks. By the close of the war, flamethrower use had been extended to use on tanks, a policy carried forward to World War Two.