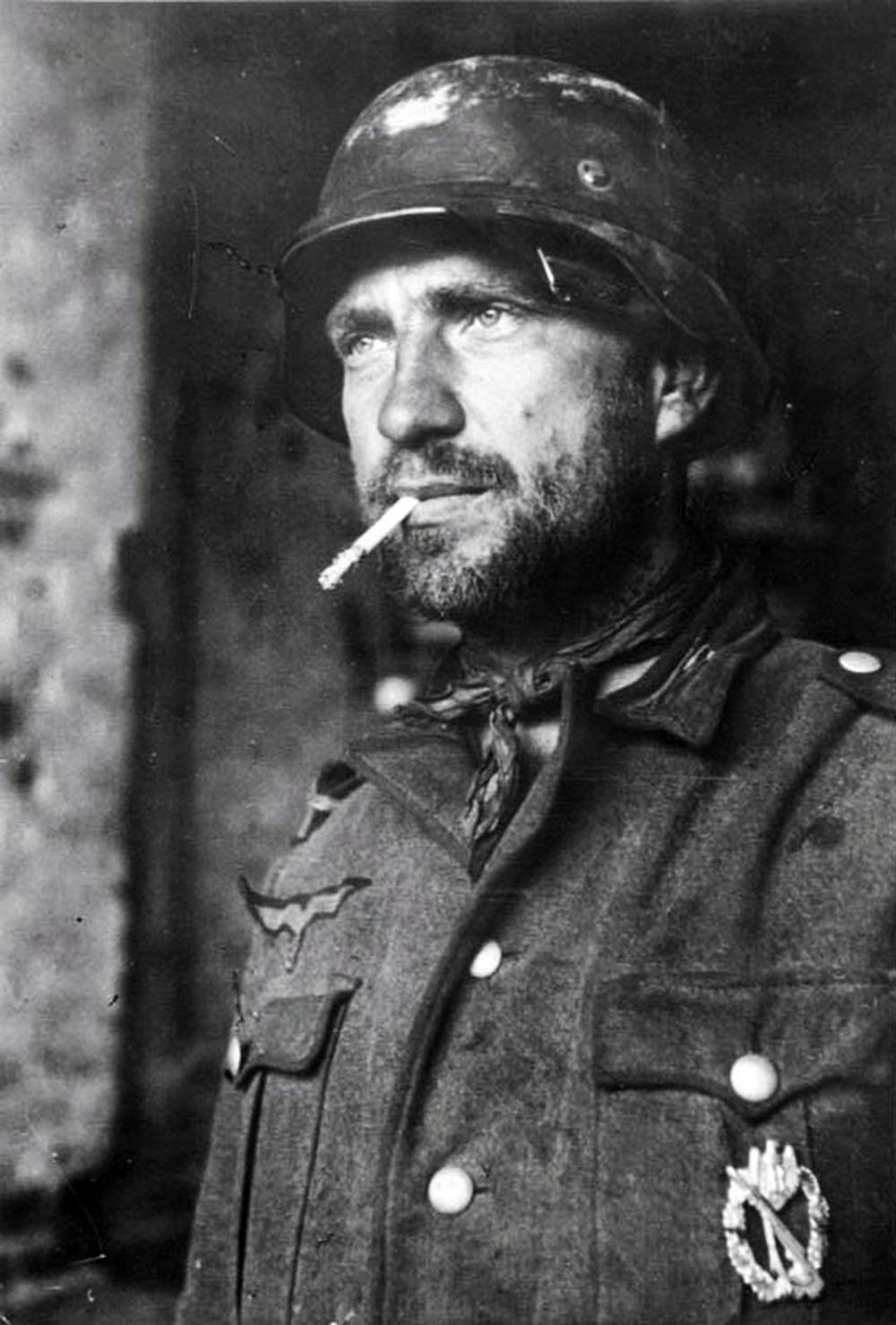 A German soldier with a badge on his chest, Stalingrad, November 1942.

Looks like this man has seen some horror, a little bit like one thousand-yard stare. Note silver badge on his chest, that badge represents Infantry Assault Badge which was awarded in Silver and Bronze.

This decoration was instituted on 20 December 1939 by the Commander-in-Chief of the German Army, Generalfeldmarschall Walther von Brauchitsch.

It could be awarded to members of non-motorized Infantry units and units of the Gebirgsjäger that had participated in Infantry assaults, with light Infantry weapons, on at least three days of battle in the front line on or after 1 January 1940. When a counter-offensive led to fighting, it could also apply. Award of the Infantry Assault Badge was authorized at the regimental command level.

Silver was awarded to infantry soldiers according to one of the following criteria: “To have taken part in at least three: infantry assaults (including counter-attacks) or at least three armed reconnaissance operations or engaged in hand-to-hand combat in an assault position or participated on three separate days in the restitution of combat positions”.

The Bronze version had similar requirements but was designated for motorized Infantry. This badge was regarded by many frontline soldiers as prestigious as an Iron Cross especially when acquired on the Eastern Front.

The German Stalingrad veterans would often break their infantry assault badges as an indication that earning the assault badge in Stalingrad was a different level of achievement than earning it somewhere else. The Stalingrad Battle was named “The battle to end all battles”.

The badge was designed by the company C. E. Junker of Berlin. It is oval in shape, with four oak leaves on each side; on the top is an eagle standing on a swastika and there is a rifle across the badge.

The reverse of the badge is plain and has a pin attached to it. With the institution of the Ordensgesetz of 1957, German military personnel was permitted to wear de-Nazified versions of German decorations.