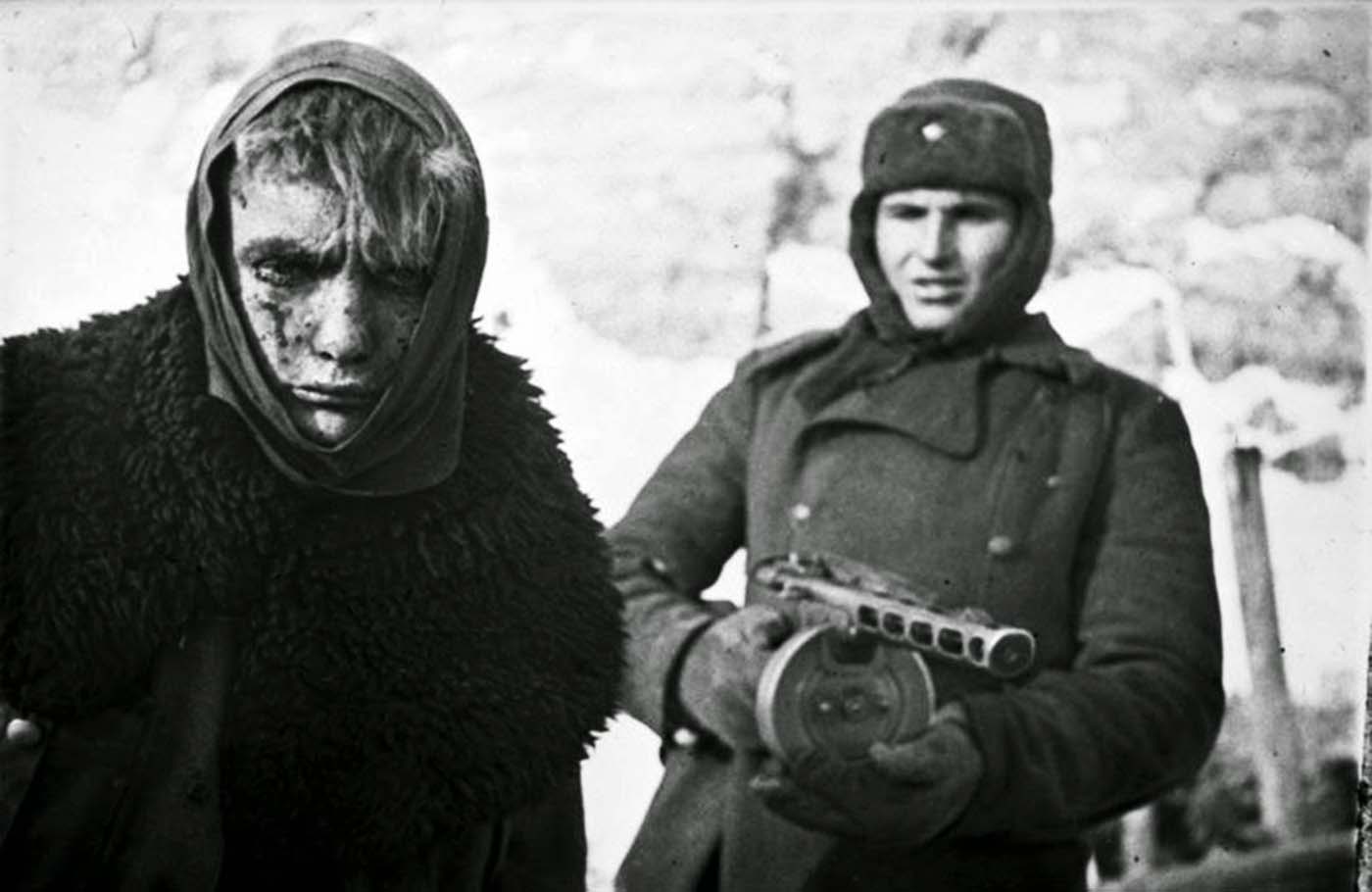 A German prisoner of war escorted by a Soviet soldier with a PPSh-41, 1943.

In this photograph, a Red Army solider is seen marching a German solider into captivity after the Battle of Stalingrad. The Germans were being rounded up prior to marched to death. The Battle of Stalingrad was amongst the bloodiest battles ever fought in the history of warfare with more than 2 million casualties.

On January 20, 1943, the 65th Soviet Army broke through the German defensive lines around Stalingrad and by January 22 had reached Gumrak, the last German airfield equipped to land transport planes carrying supplies into the cauldron and evacuating the wounded. The fate of the 6th Army was sealed. Once the Sixth Army was cut off, it was also difficult to remain callous to the starvation and suffering experienced by the German soldiers.

When the soldiers of the 6th Army went into captivity at the end of January/beginning of February 1943, they were closer to death than to life. The supply situation of the 6th Army had already been difficult since the summer of 1942 due to the reduced transportation possibilities during the advance. Already in September 1942 the daily bread ration was 300 grams, that is, about three thin slices. When the 6th Army then had to be supplied from the air, the daily bread ration sank until Christmas 1942 to 100 grams, only soldiers able to fight still receiving 200 grams.

In the course of January 1943 the situation worsened again – in the end only the fighting men received rations food rations at all, which lay below 100 grams of bread. The wounded and sick were not entitled to rations anymore. After about a month of the 110,000 Germans who had been taken captive only 35,000 were still alive, and only about 5,000 came back home after the war.