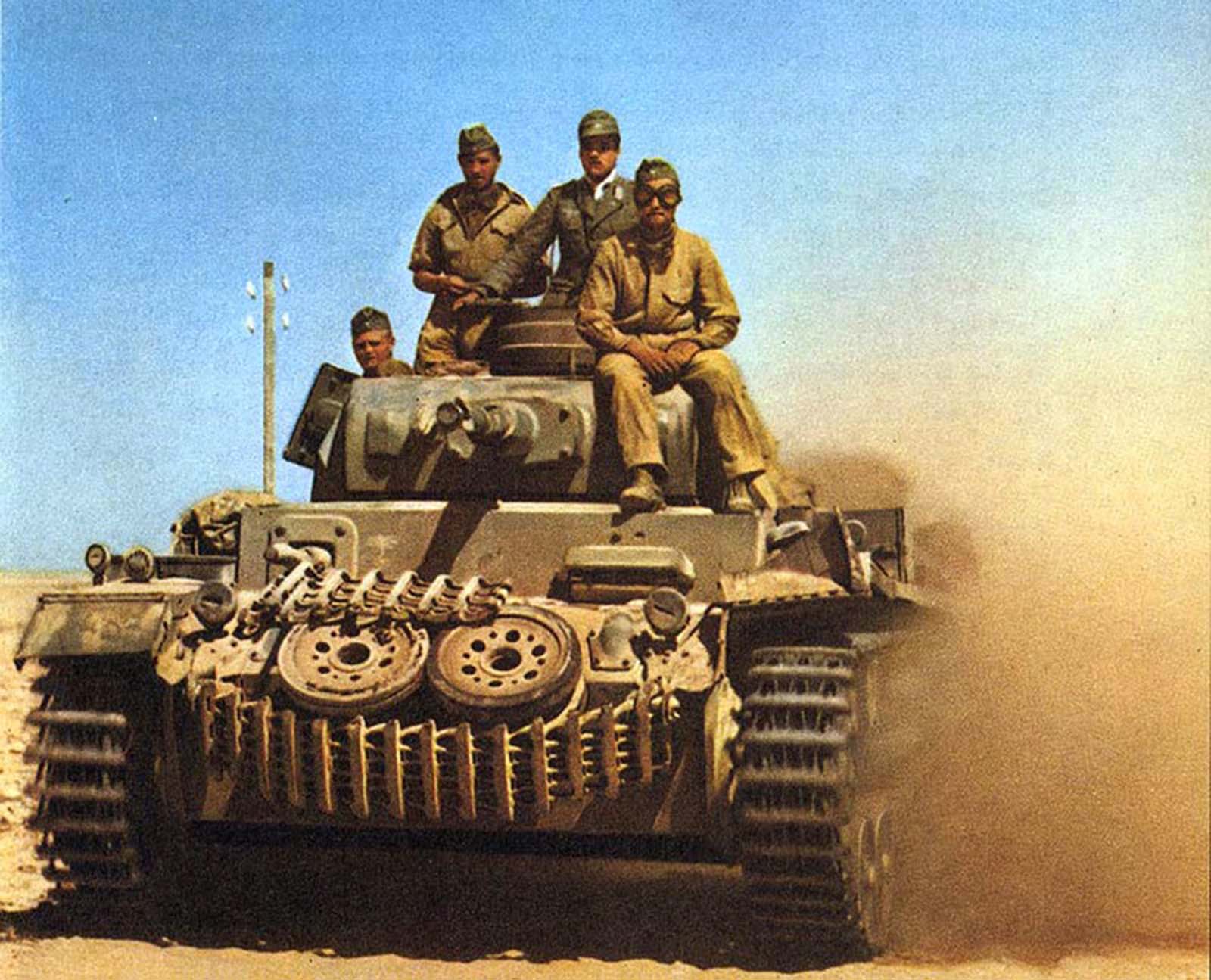 The front compartment housed the gearbox and steering mechanism and the rear one both the fighting and engine compartment. Basic hull, turret, superstructure and crew layout remained unchanged throughout the production life of Panzerkampfwagen III series.

The turret was modified and mounted on the roof with a fan exhaust as well as one signal port was eliminated. Mid-production vehicles were mounted with a new type of commander’s cupola as used in Panzer IV Ausf E, F, and G, which became standard on all later models of Panzer III. Late production vehicles had wider 400mm tracks instead of standard 360mm tracks.

Ausf G was the first to be mounted with the “Rommelkiste” (Rommelbox) – turret mounted storage bin (Gepack Kasten), which then became the standard on all Panzer IIIs. From August of 1940 until 1942, all 37mm Ausf G tanks just as Ausf E and F tanks were rearmed with 50mm KwK 38 L/42 gun.

Vehicles sent to North Africa were equipped with additional air filters and different cooling fan reduction ratios. They were designated Ausf G(Tp), Tp being short for Tropisch / Trop / Tropen – tropical. A small number of Ausf G tanks remained in service as late as September of 1944.

Armor protection ranged from 10mm to 30mm but hull front and rear, as well as superstructure front, had 30mm armor plates bolted onto them increasing the protection. The increase in armor protection in Ausf H neutralized the threat of British 2pdr, Soviet 45mm, and American 37mm anti-tank guns.