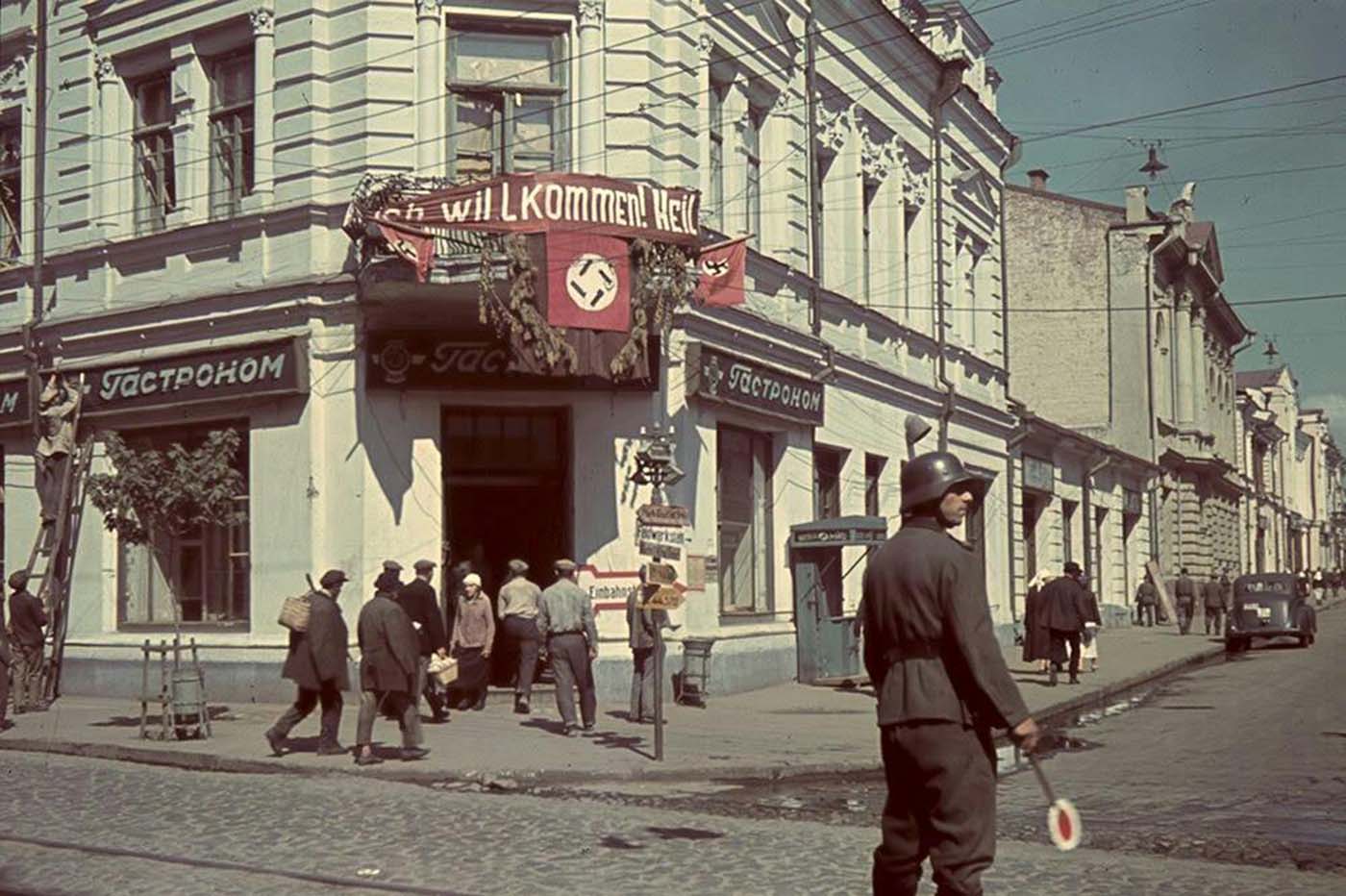 These photos taken by Johannes Hähle depict the civilian population of Kharkov under occupation by Nazi Germany (all pictures are taken in October and November 1941).

As a member of Construction Battalion 146, Hähle participated in the invasion of France. He was later transferred to Propaganda Company 637 on the Eastern Front to serve as a photographer, a profession he held prior to the war.

In September 1941, he took several color photographs in Kyiv, Ukraine, some of which relate to the Babi Yar massacre, but he kept these photographs a personal secret and never turned them over to his superiors. He was wounded in combat in the summer of 1942 and spent several weeks in a hospital.

In September 1942, he was transferred to Propaganda Company 698, with which unit he served in North Africa, Belgium, and France. He was killed in La Bijude near Caen, France during the Allied Normandie invasion under unclear circumstances.

The city of Kharkov (Kharkiv) was subject to its first occupation during the war (24 October 1941), which lasted until 16 February 1943. The city never became part of Reichskommissariat Ukraine because of its proximity to the front. The staff of the LV Army Corps acted as the occupational authority, using 57.ID as an occupation force.

Generalmajor Anton Dostler was Stadtkommandant until 13 December, when he was succeeded by Generalleutnant Alfred von Puttkamer, and Kharkov was transferred to the Heeresgebiet of the Sixth Armee and put under the joint authority of the Stadtkommandant and Field Command 757.

German troops acting under the authority of the Reichenau-Befehl of 10 October (effectively an order to kill anybody associated with communism) terrorized the population that was left after the battle.

Many of the Soviet commanders’ corpses were hung off balconies to strike fear into the remaining population. Many people began to flee, causing chaos. 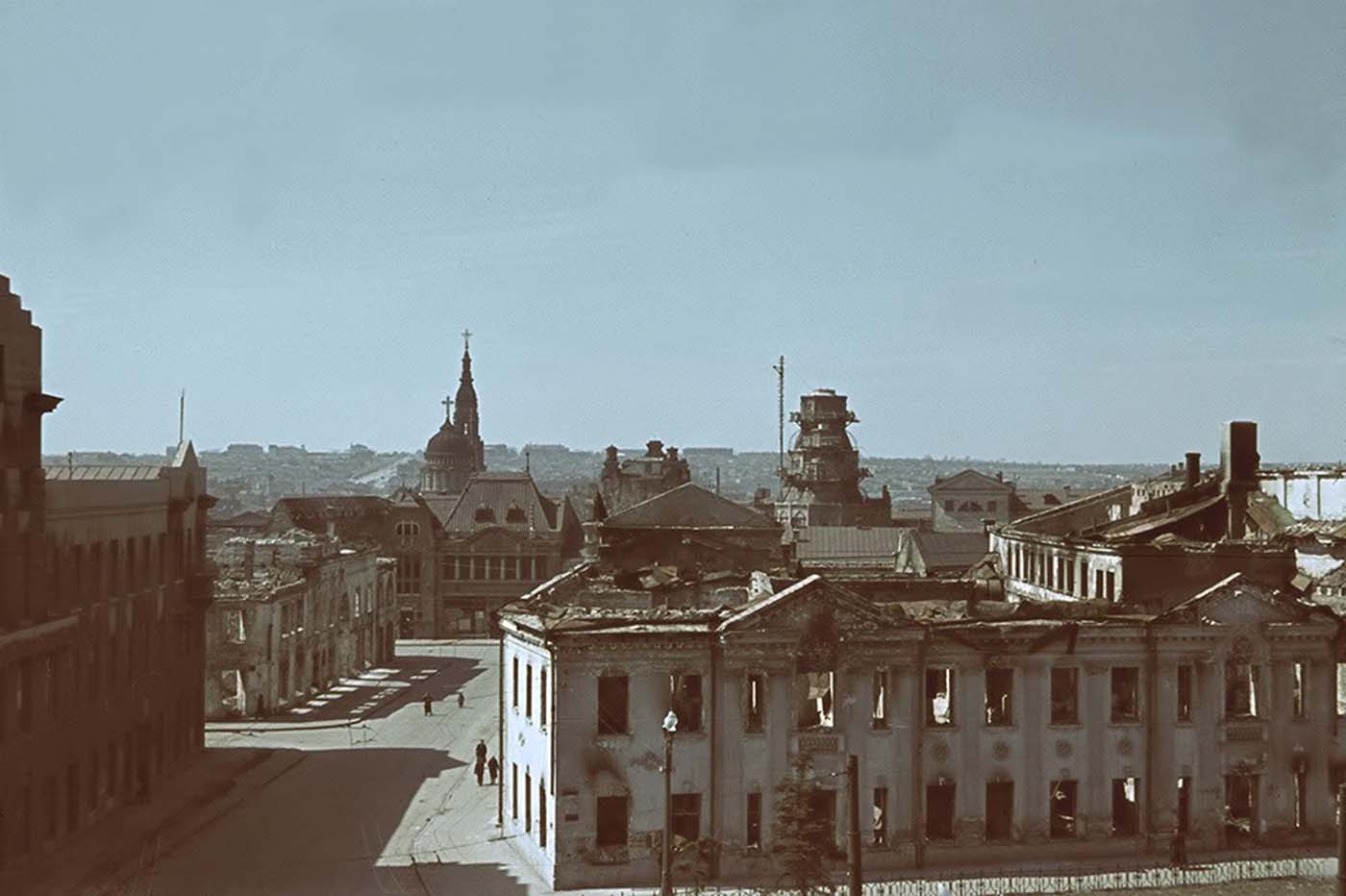 In the early hours of 14 November 1941, multiple buildings in the city center were blown up by time-fuses left by the retreating Red Army. Casualties included the commander (Generalleutnant Georg Braun) and staff of the 68th Infantry Division. The Germans arrested some 200 civilians (mostly Jews) and hanged them from the balconies of large buildings.

Another 1,000 were taken as hostages and interned in the Hotel International on Dzerzhinsky Square. All of these war crimes were committed by frontline Heer commanders, and not by SS troops.

The German Army confiscated large quantities of food to be used by its troops, creating acute shortages in Ukraine. By January 1942 around one-third of the city’s 300,000 remaining inhabitants suffered from starvation. Many would die in the cold winter months. As a result of the battles in Kharkov, the city was left in ruins.

Dozens of architectural monuments were destroyed and numerous artistic treasures were taken. One of the Soviet Unions’s best-known authors, Aleksey Nikolayevich Tolstoy wrote: “I saw Kharkov. As if it were Rome in the 5th century. A huge cemetery”. 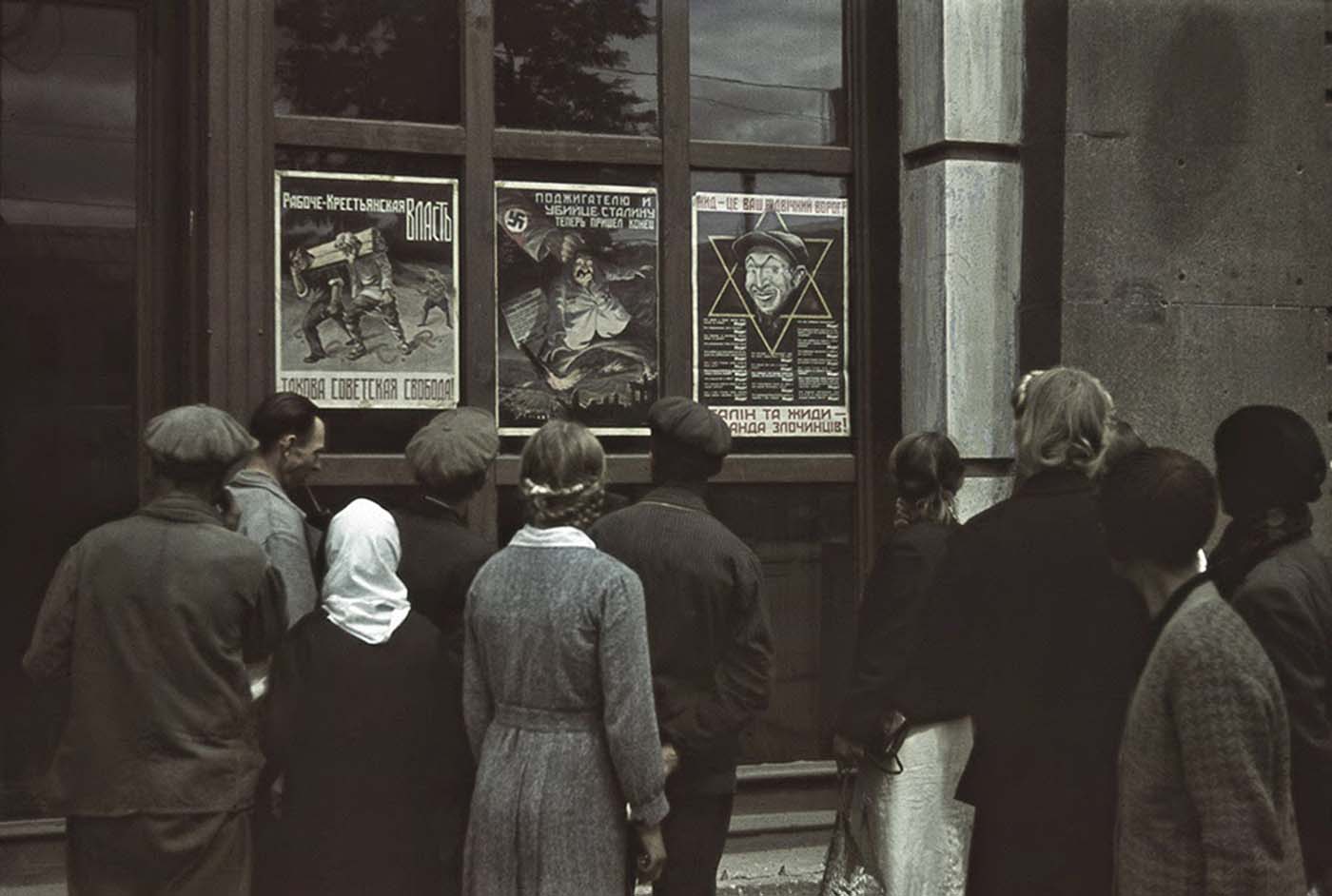 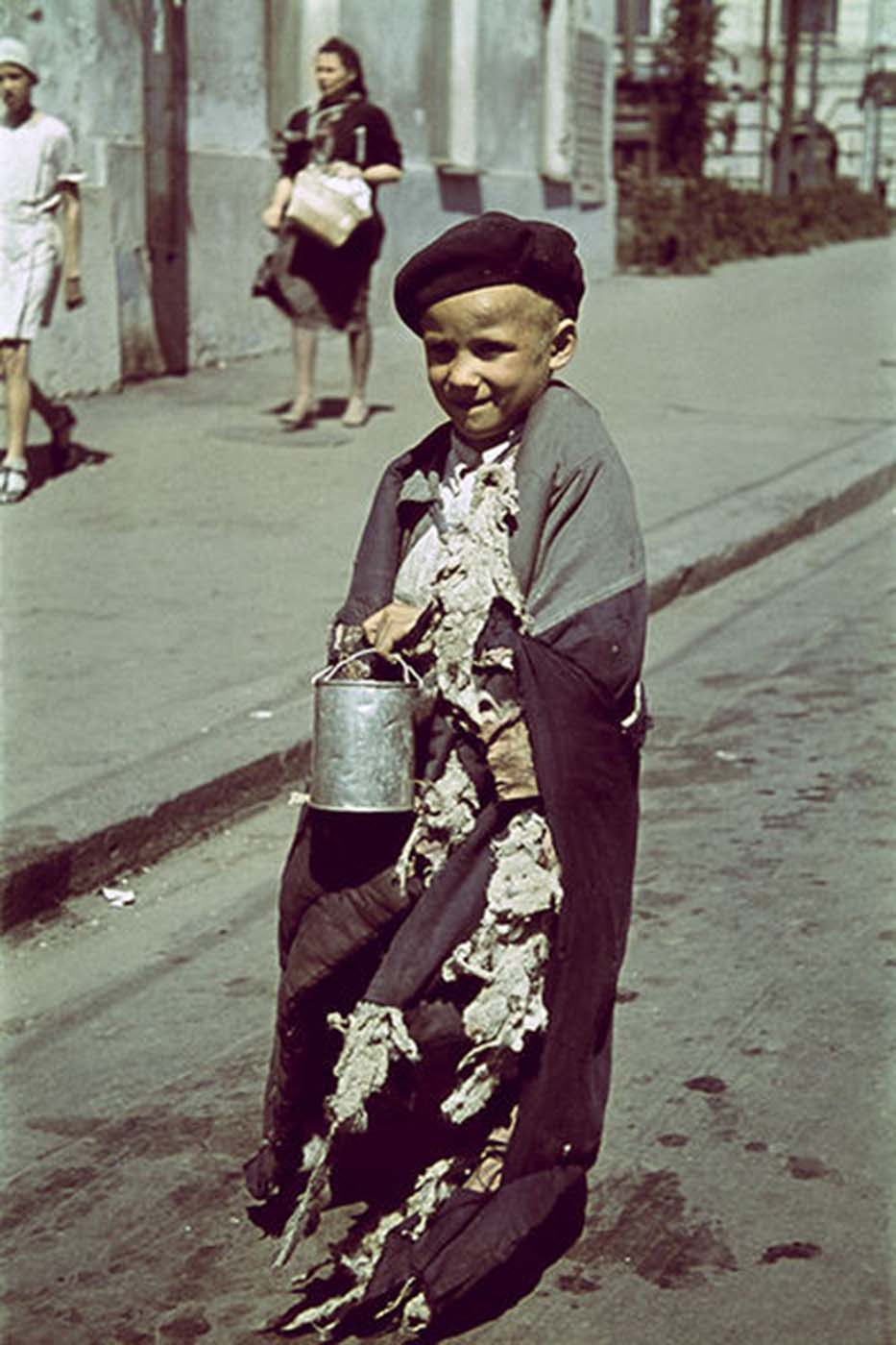 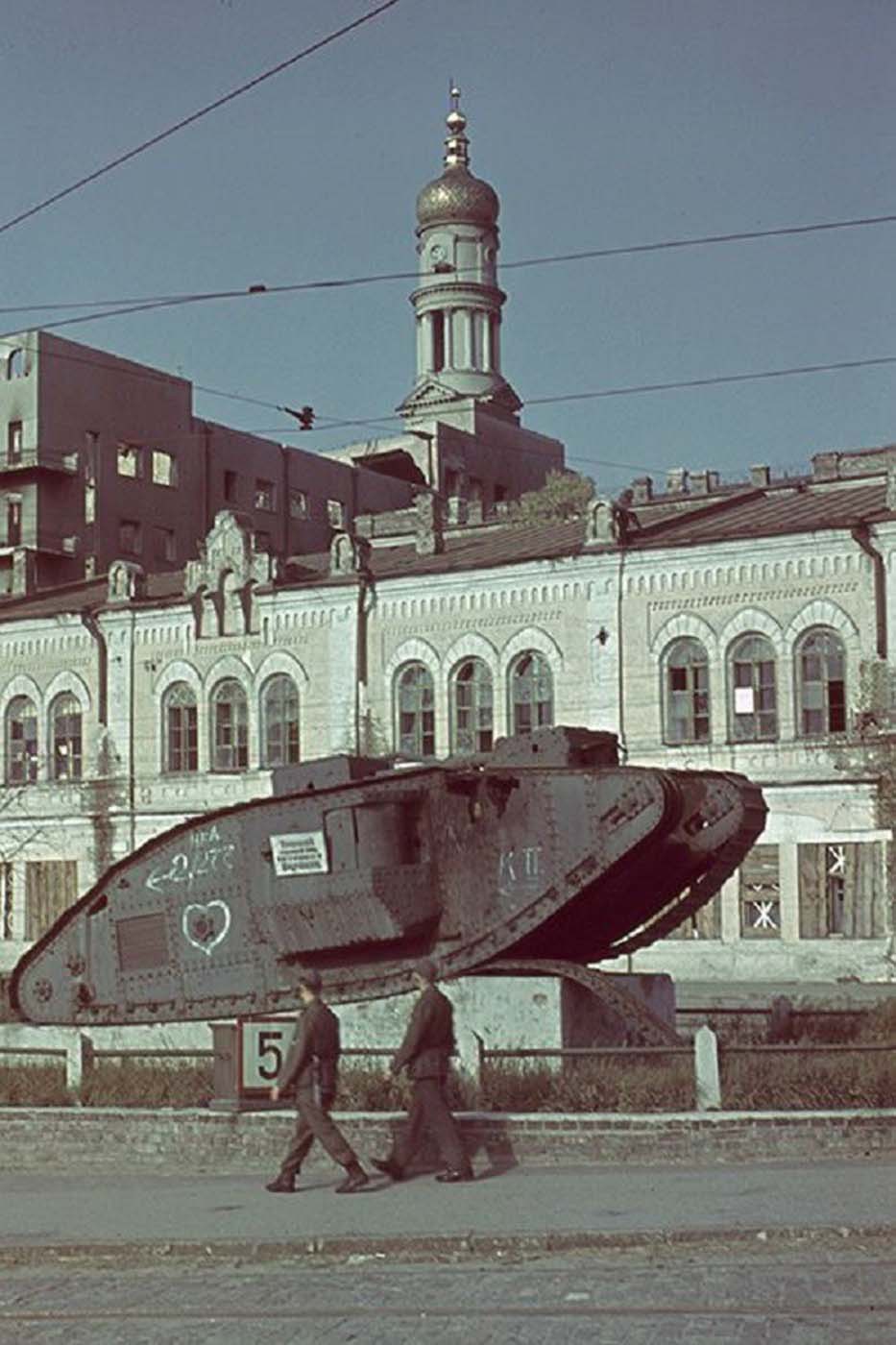 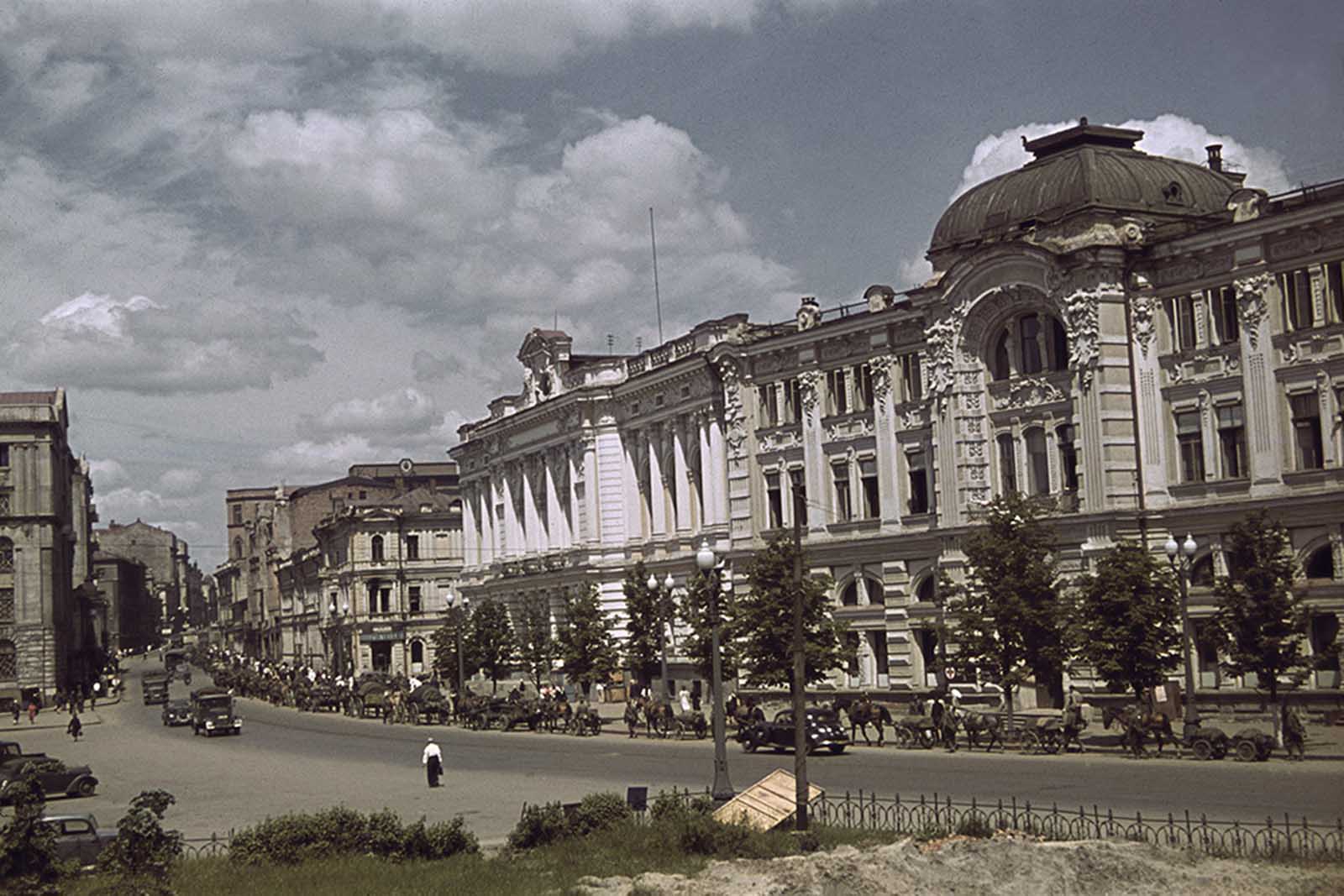 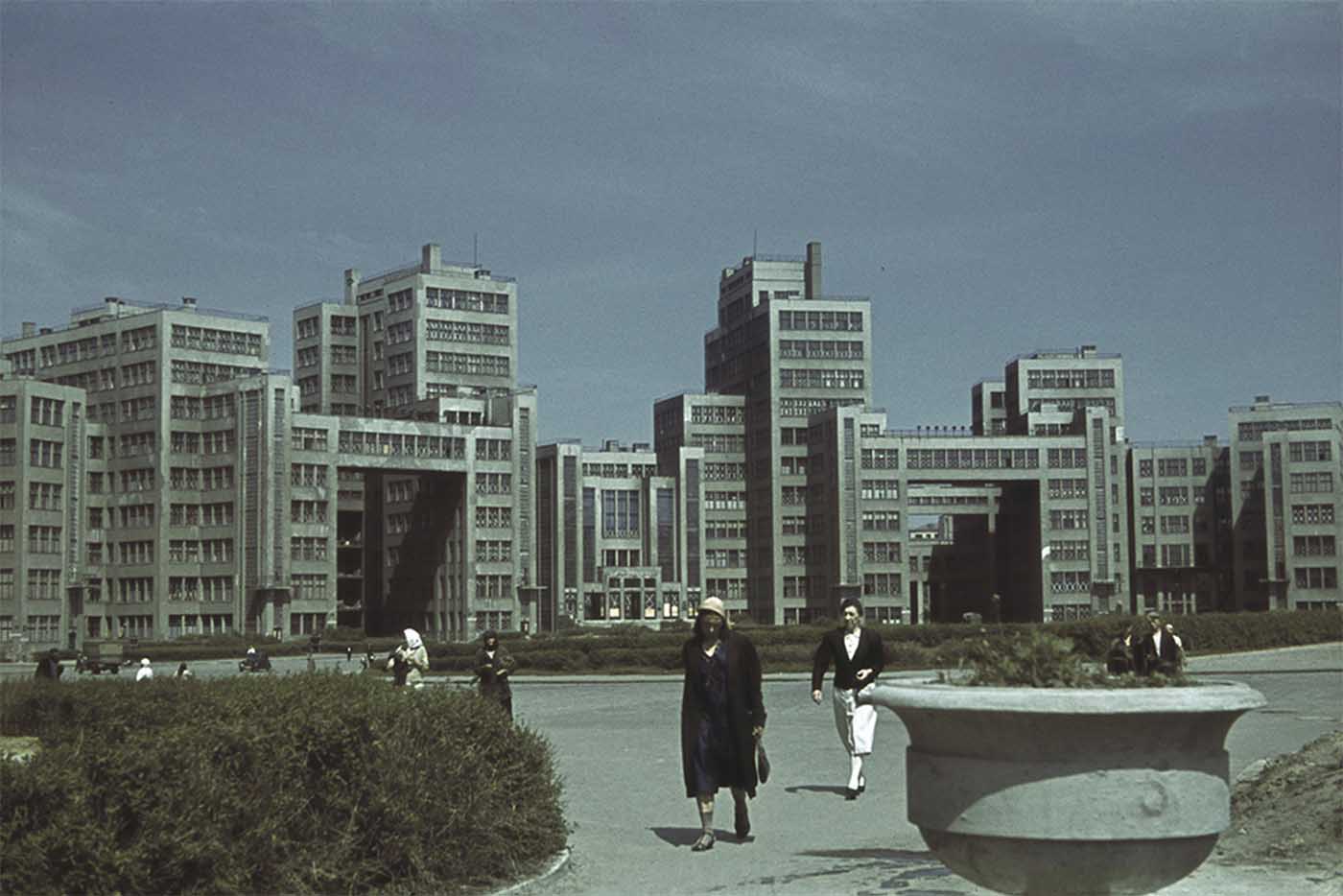 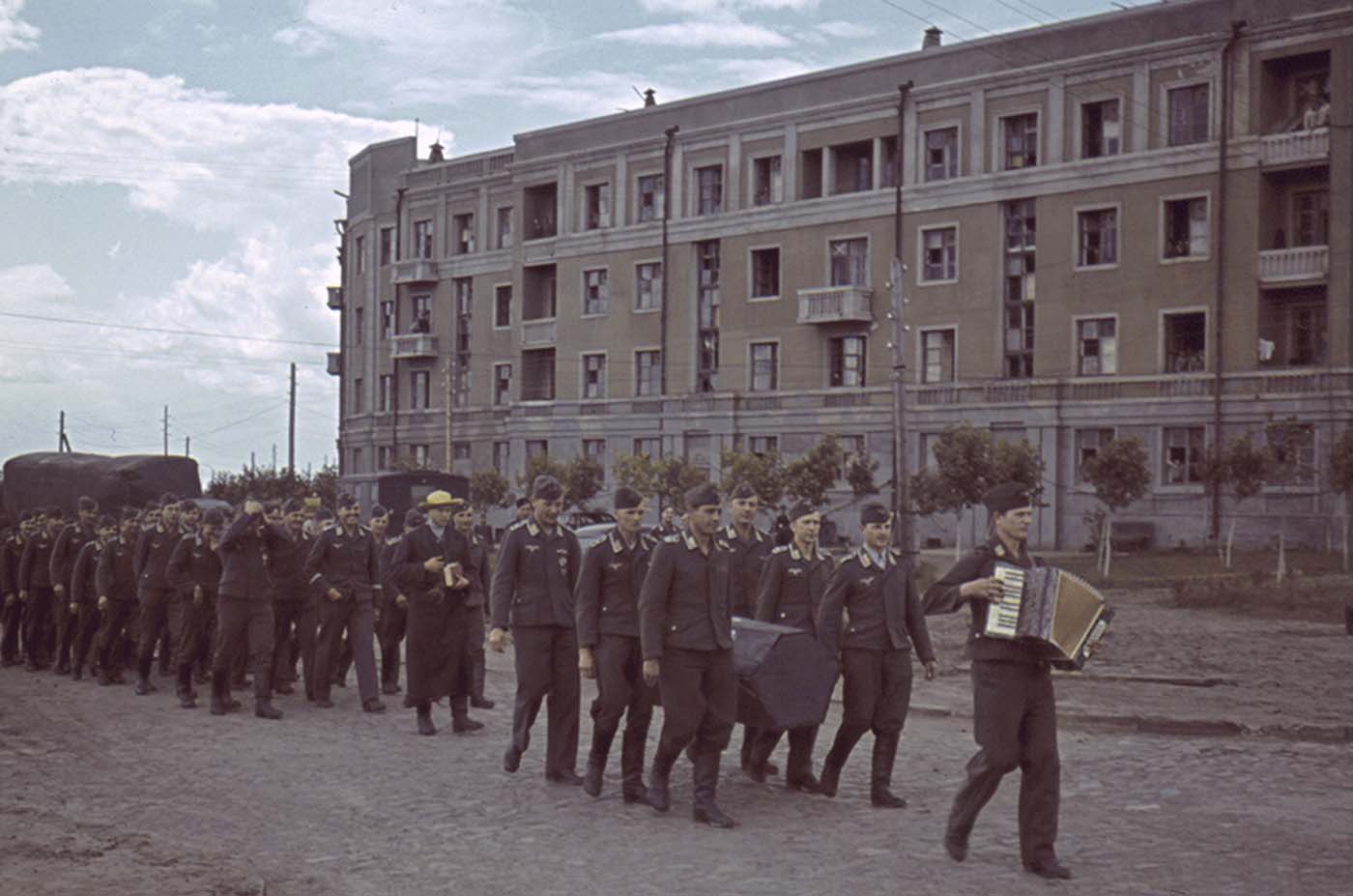 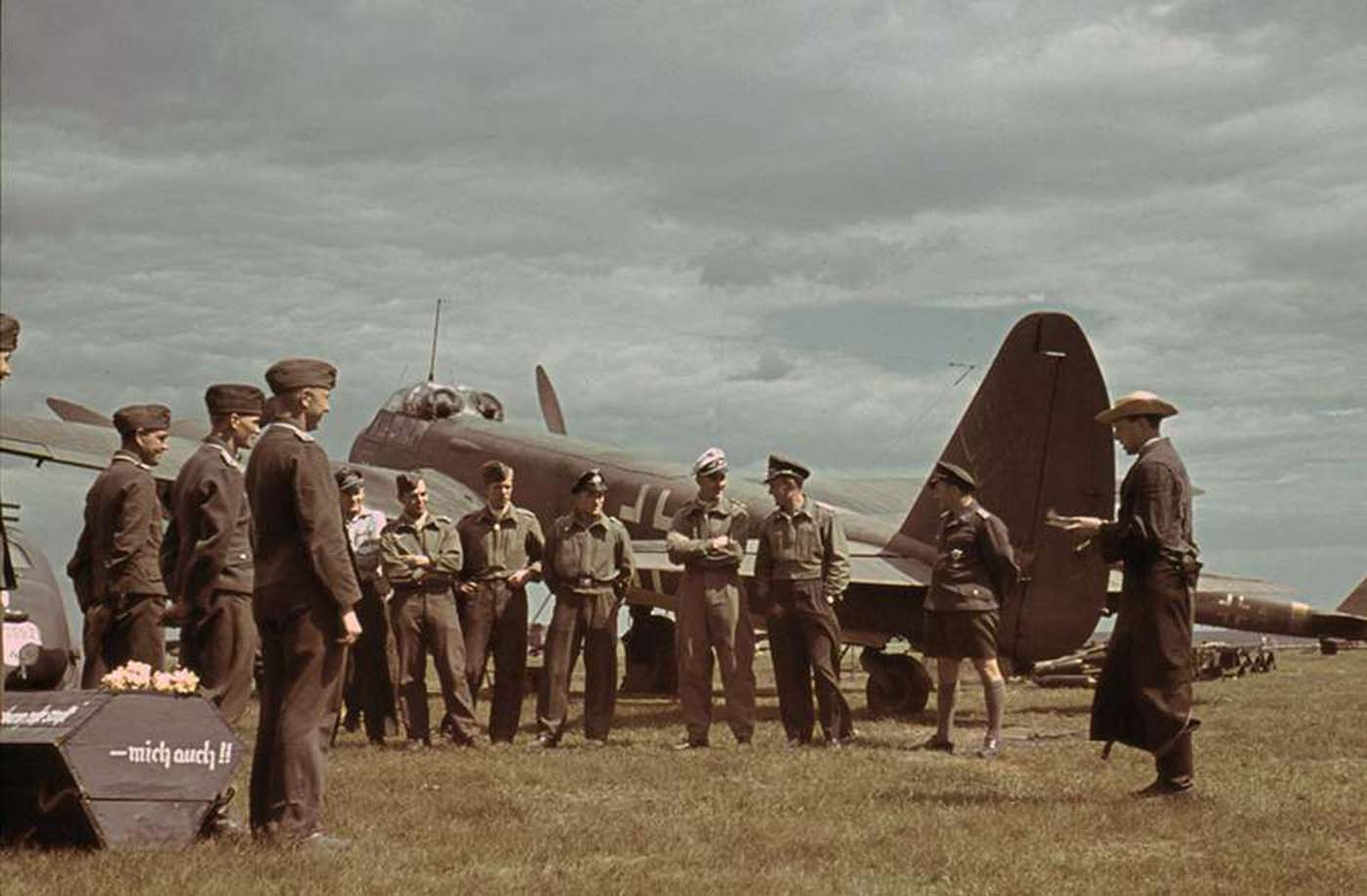 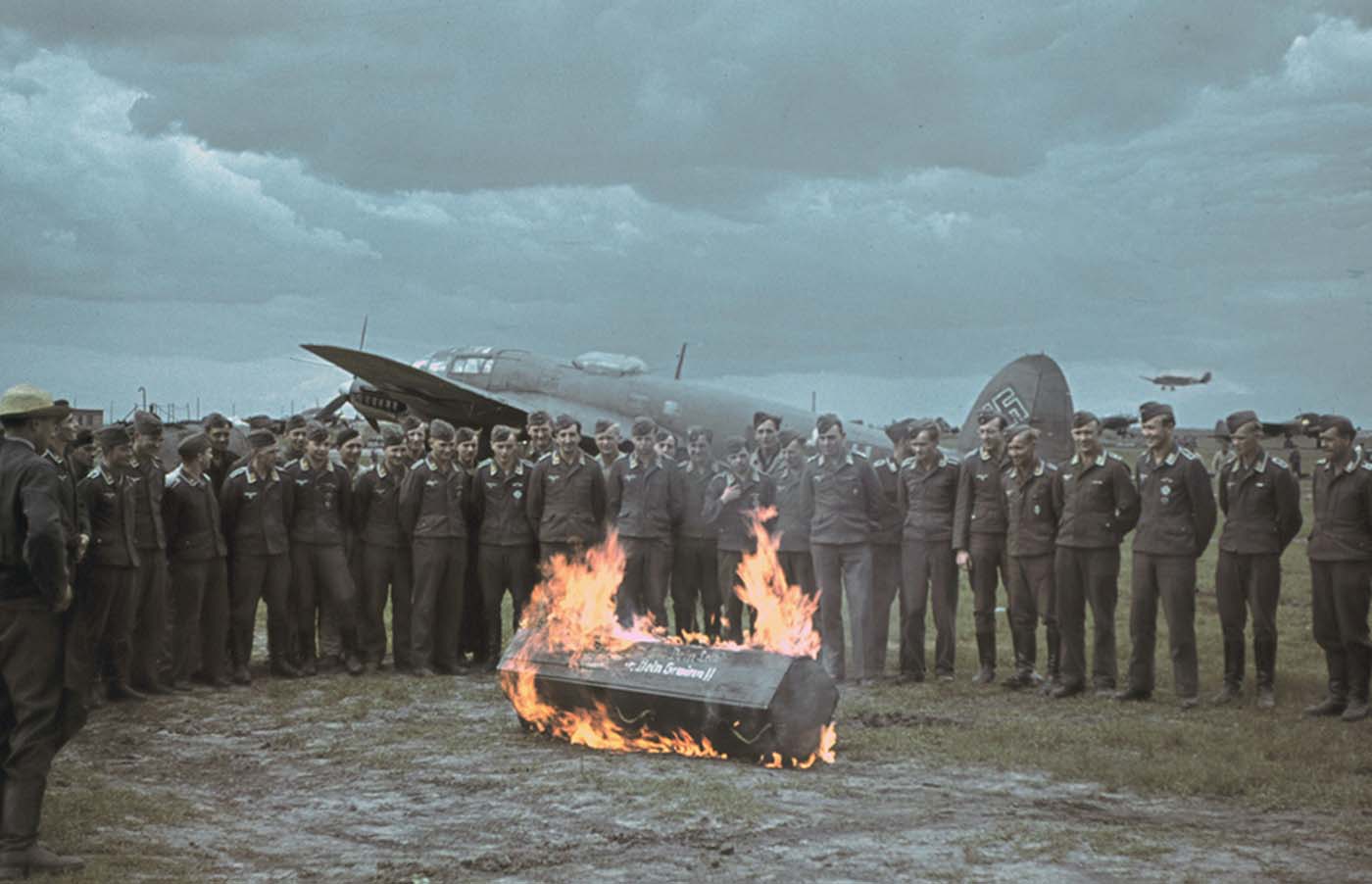 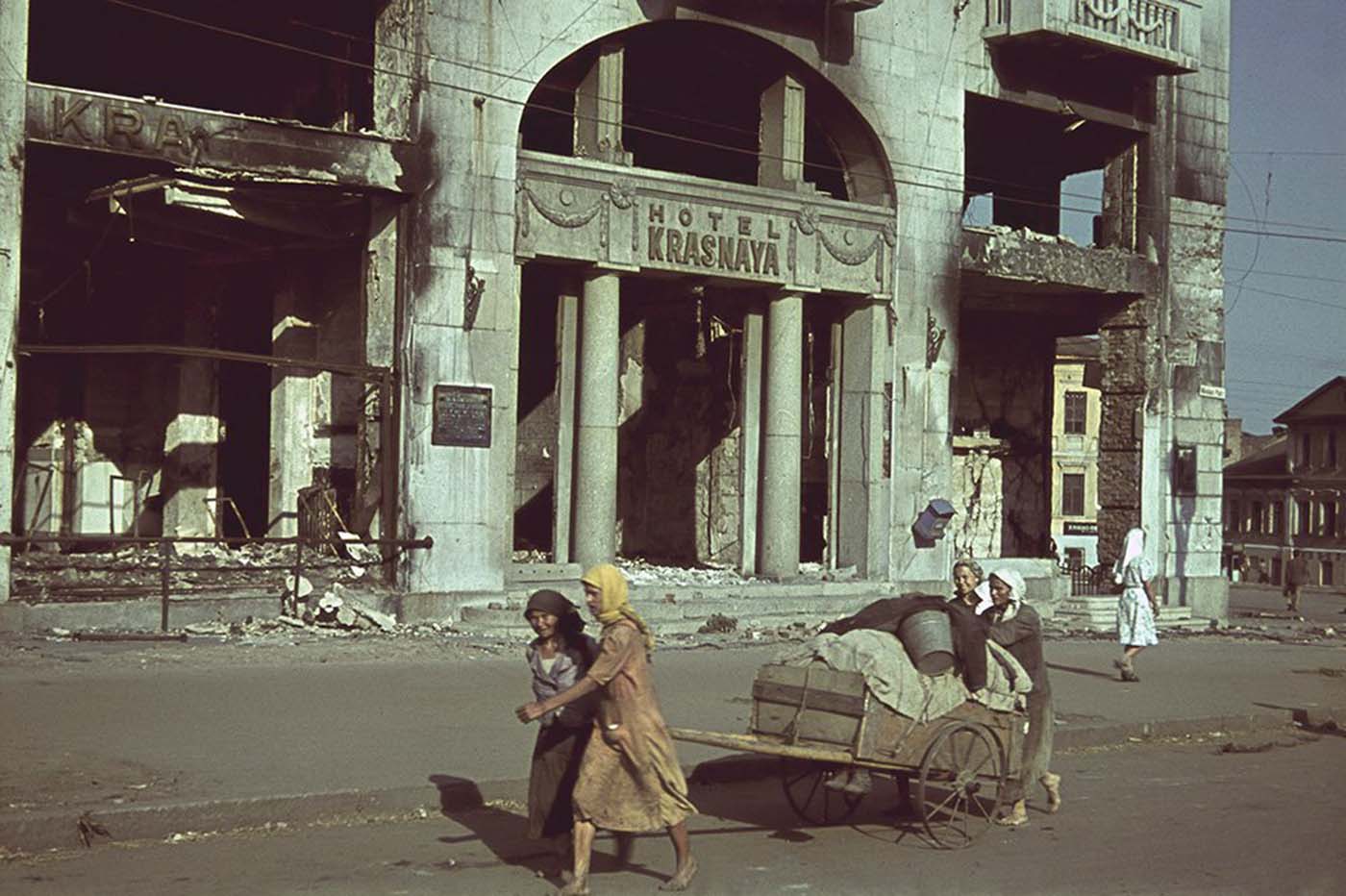 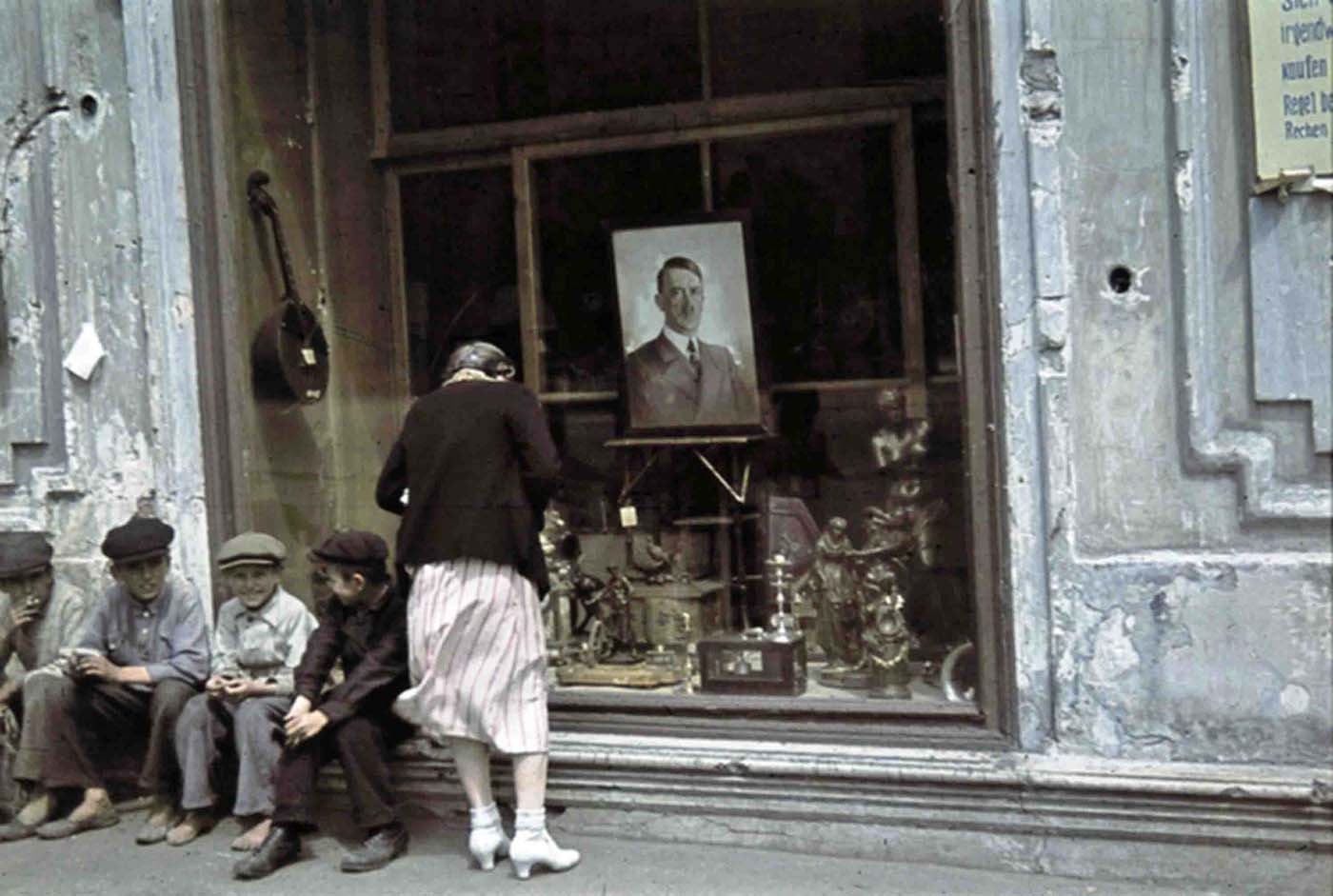 Portrait of Adolf Hitler in a shop window. 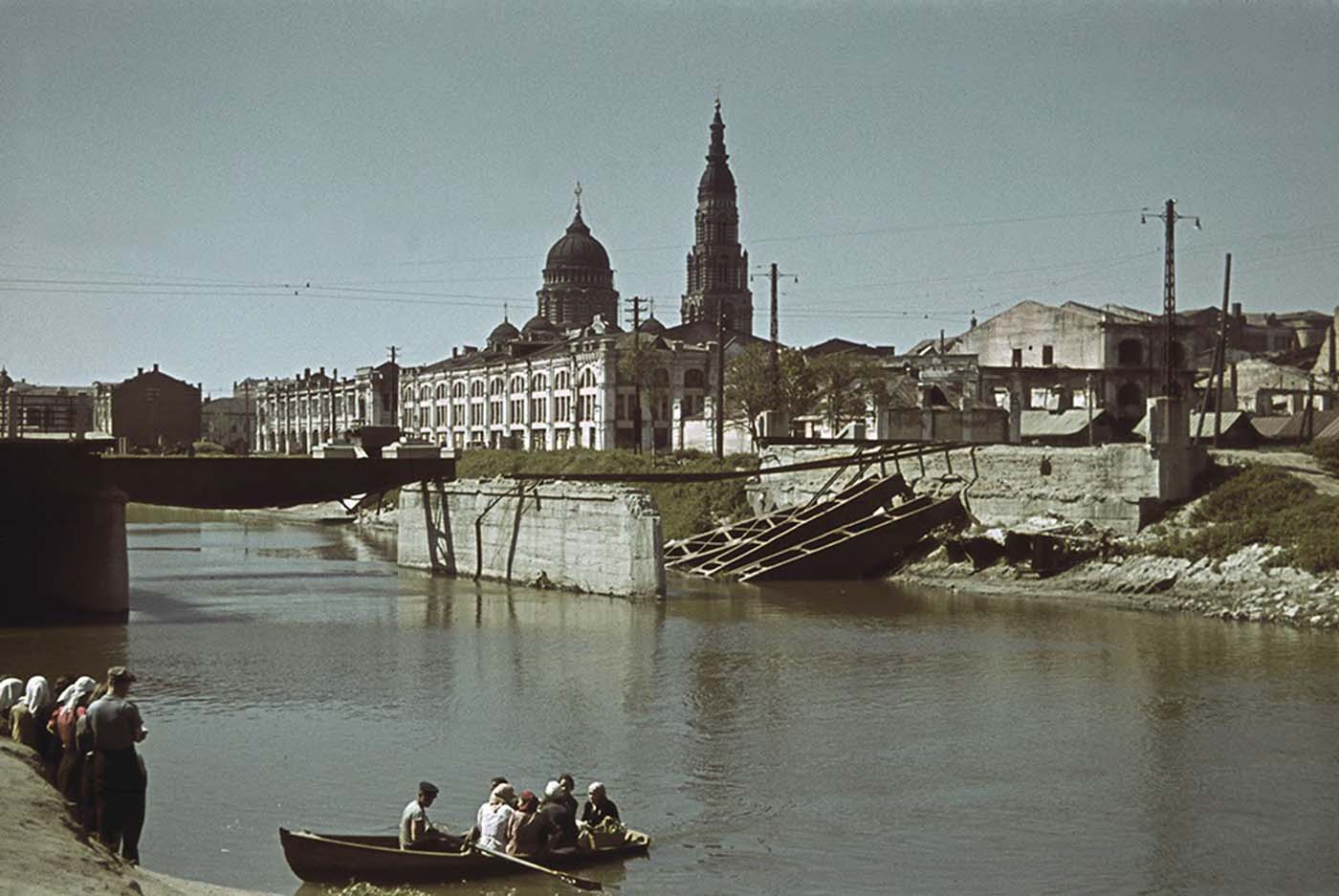 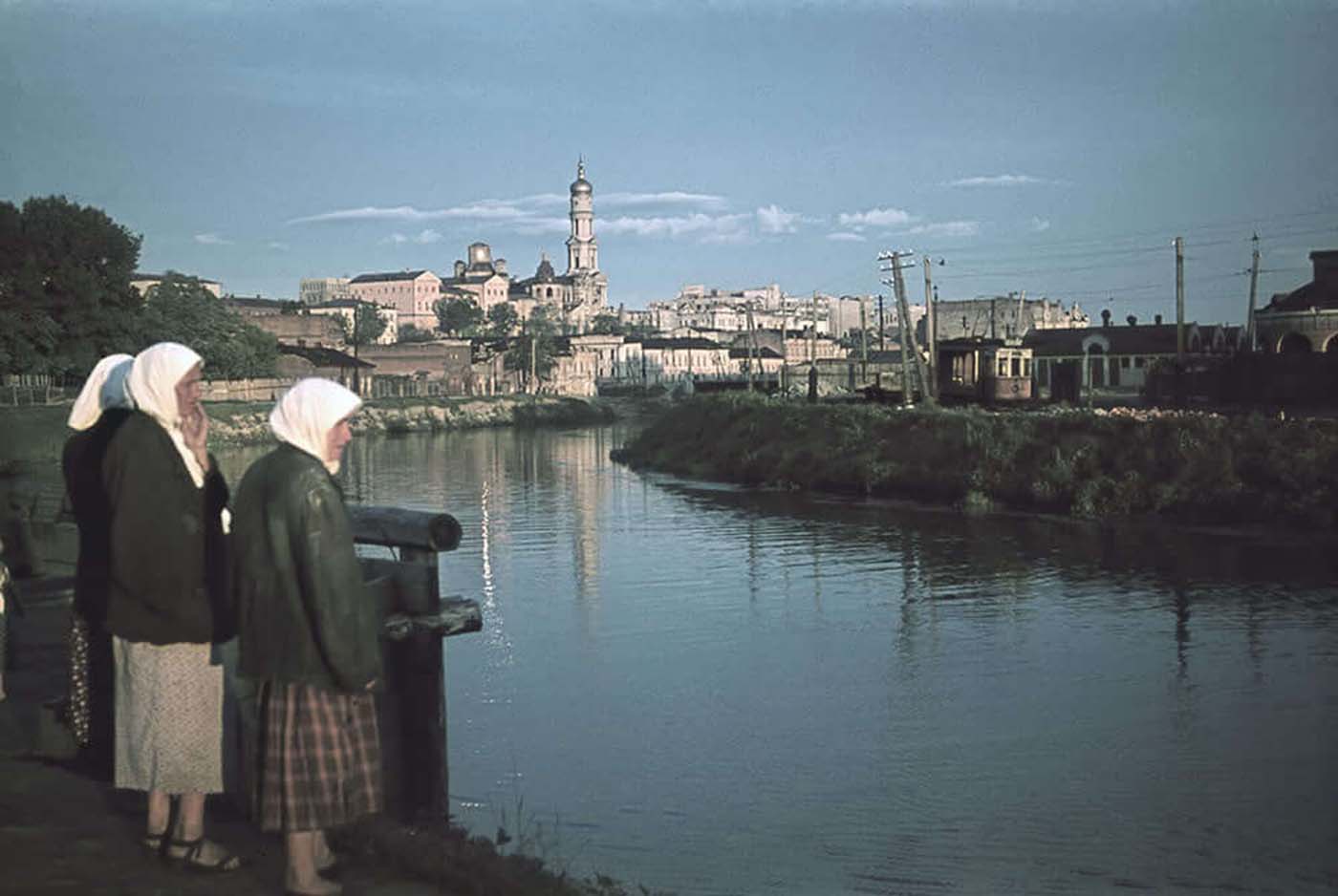 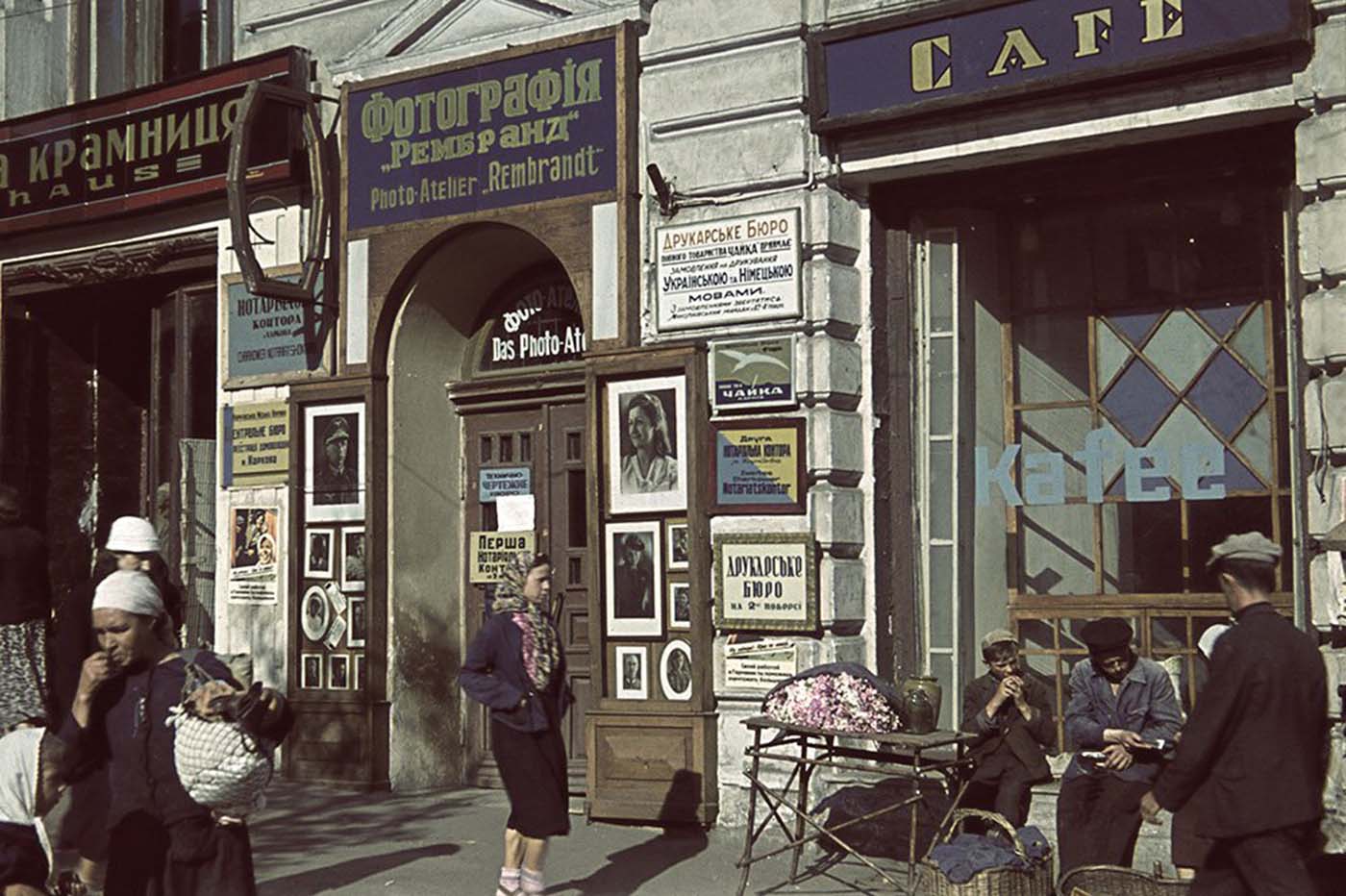 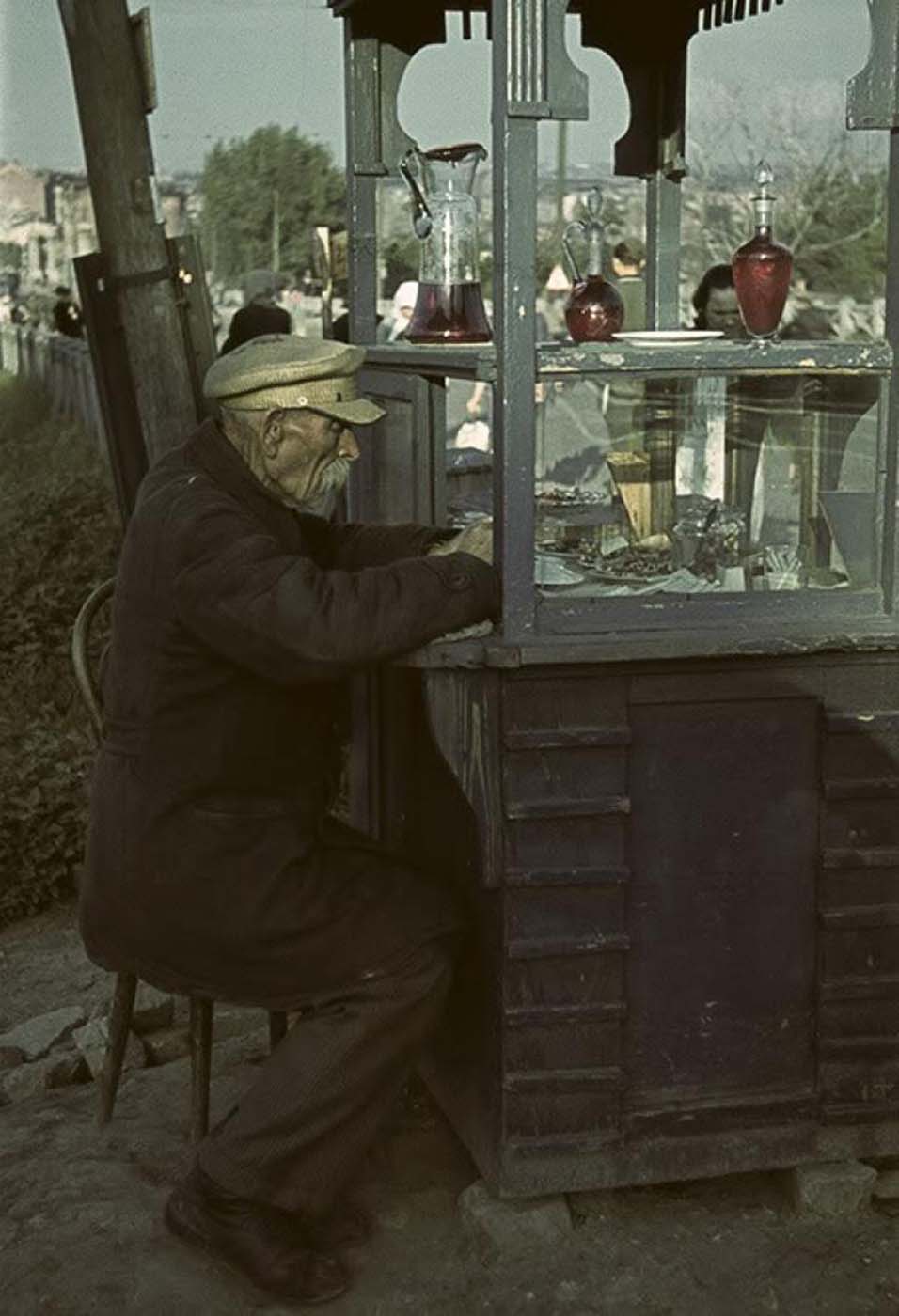 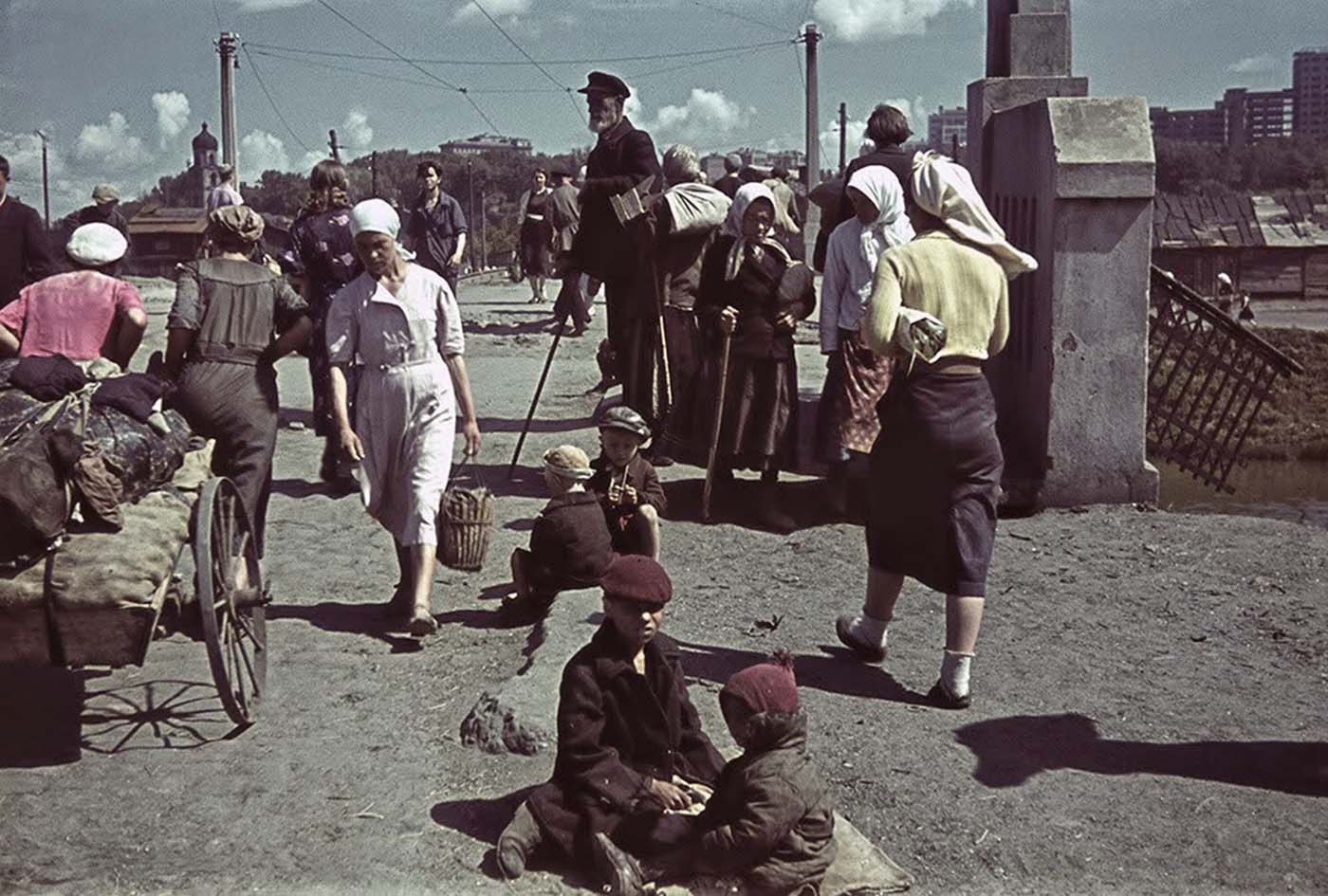 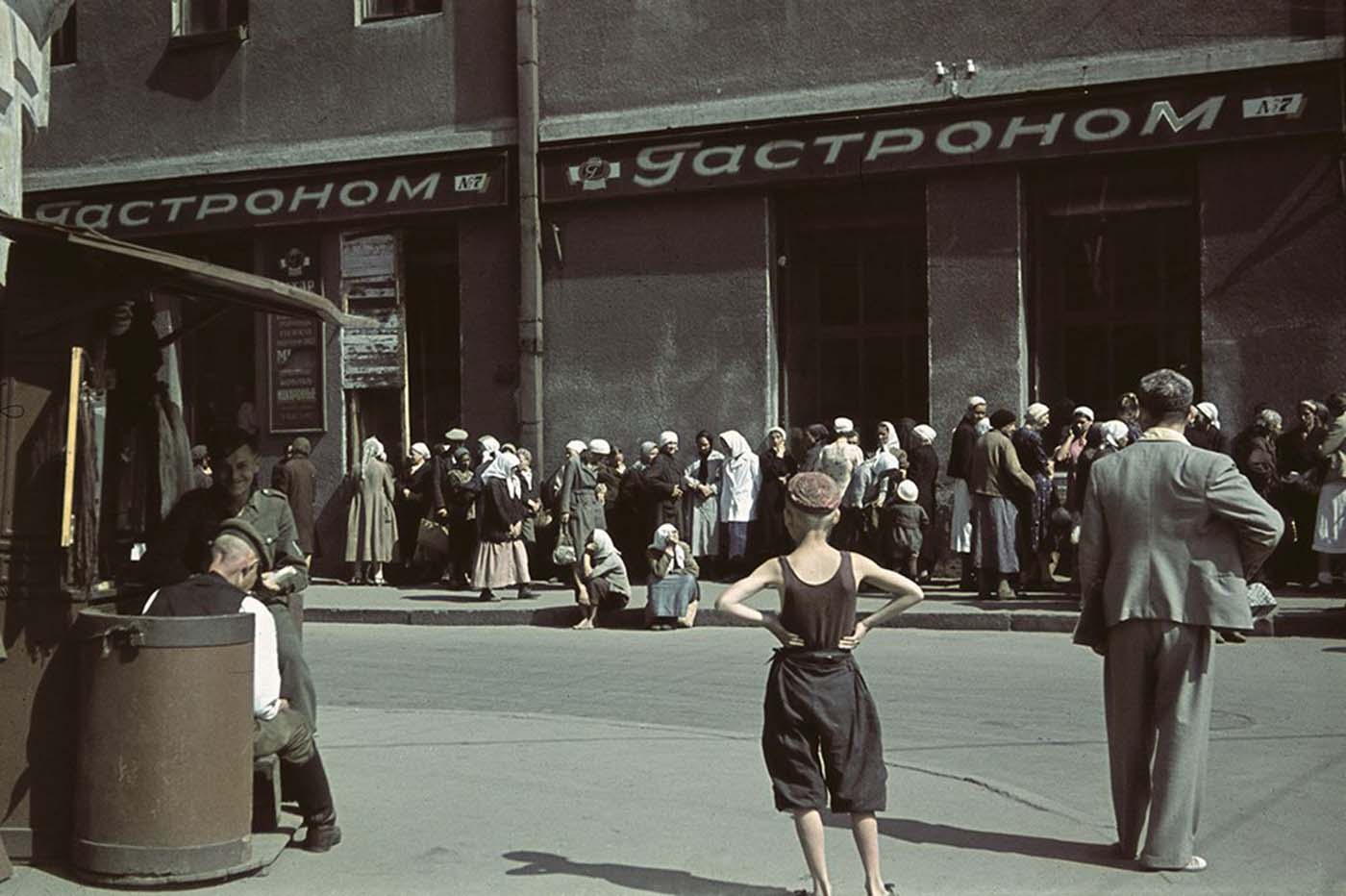 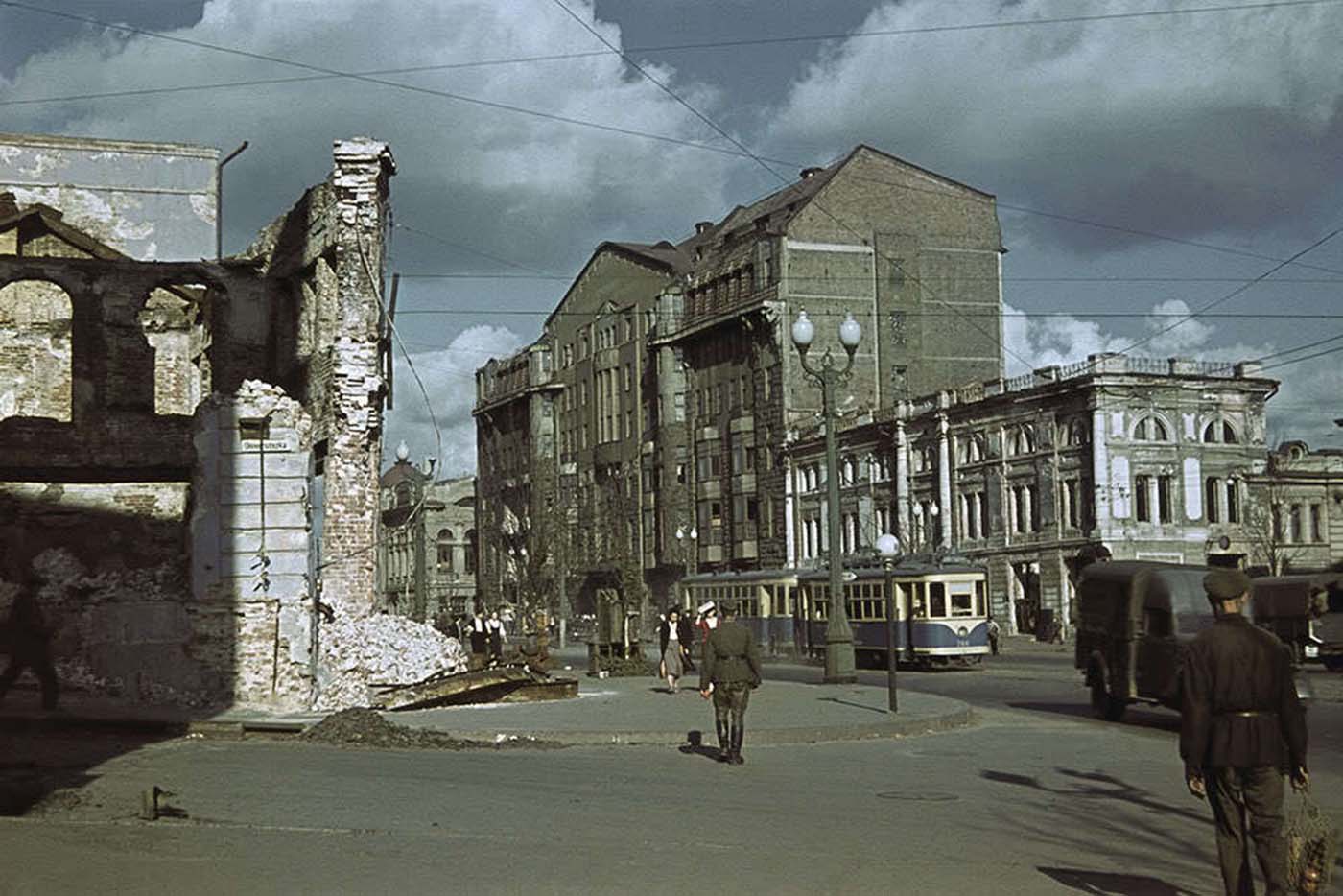 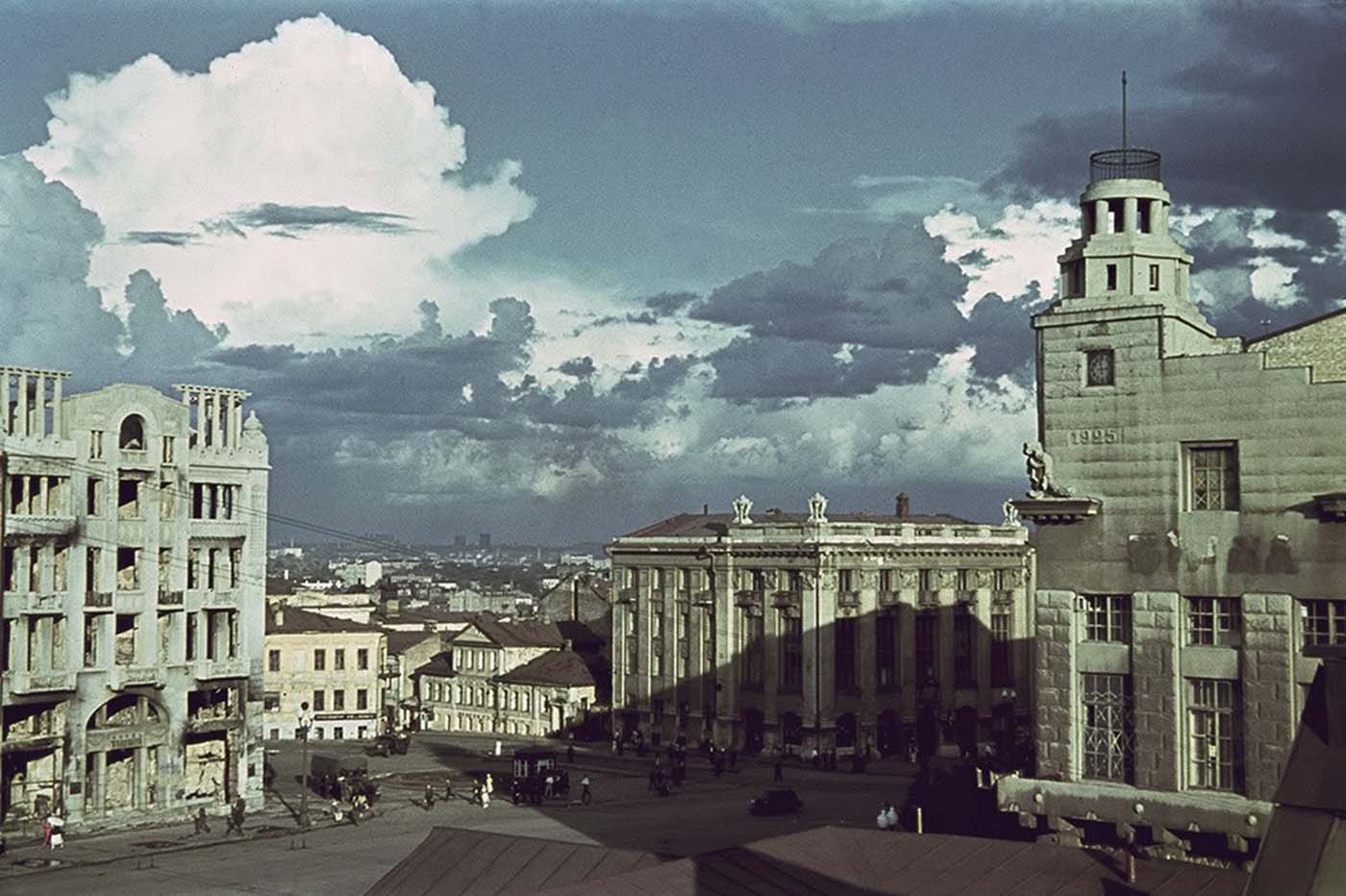 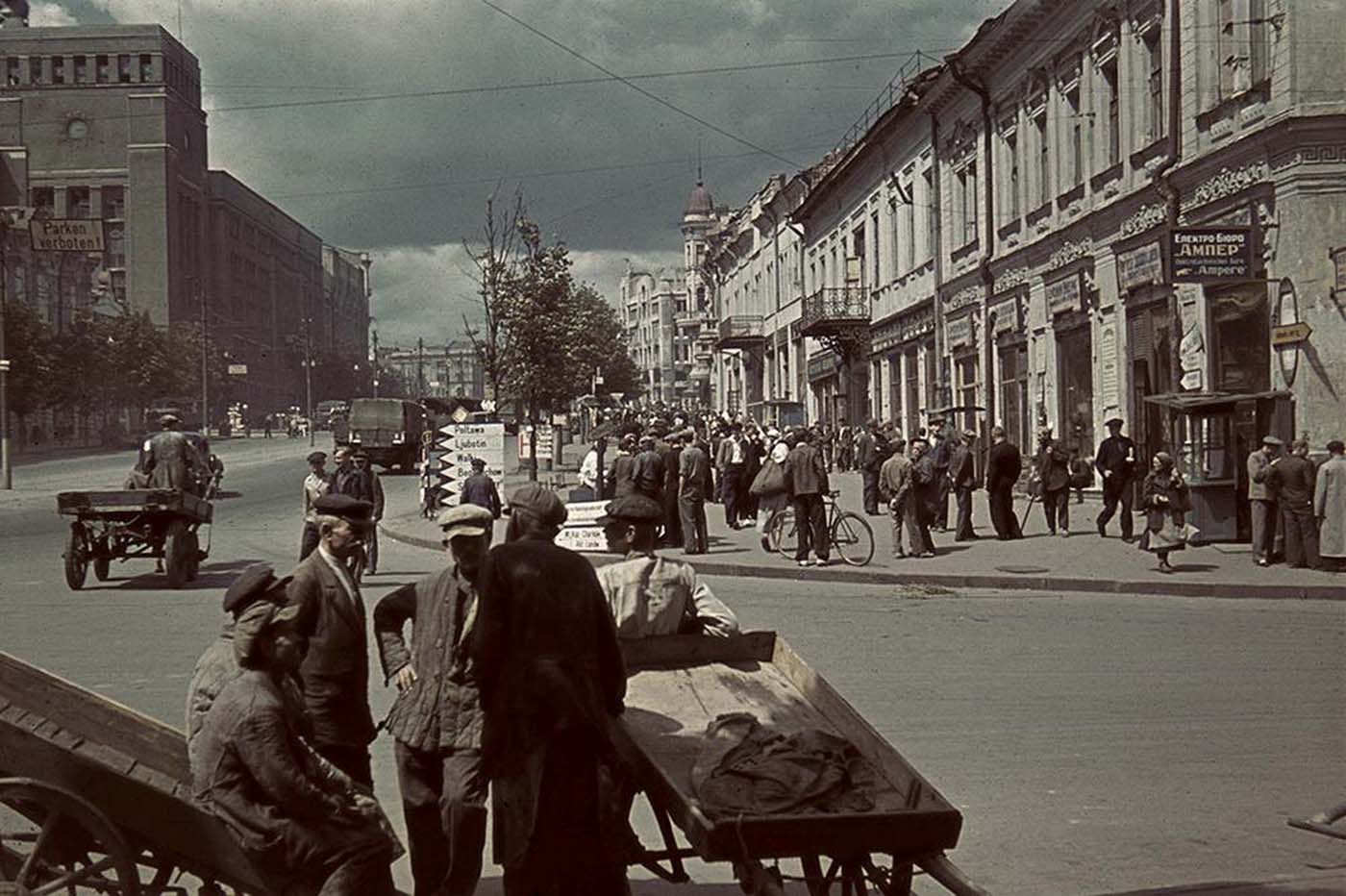 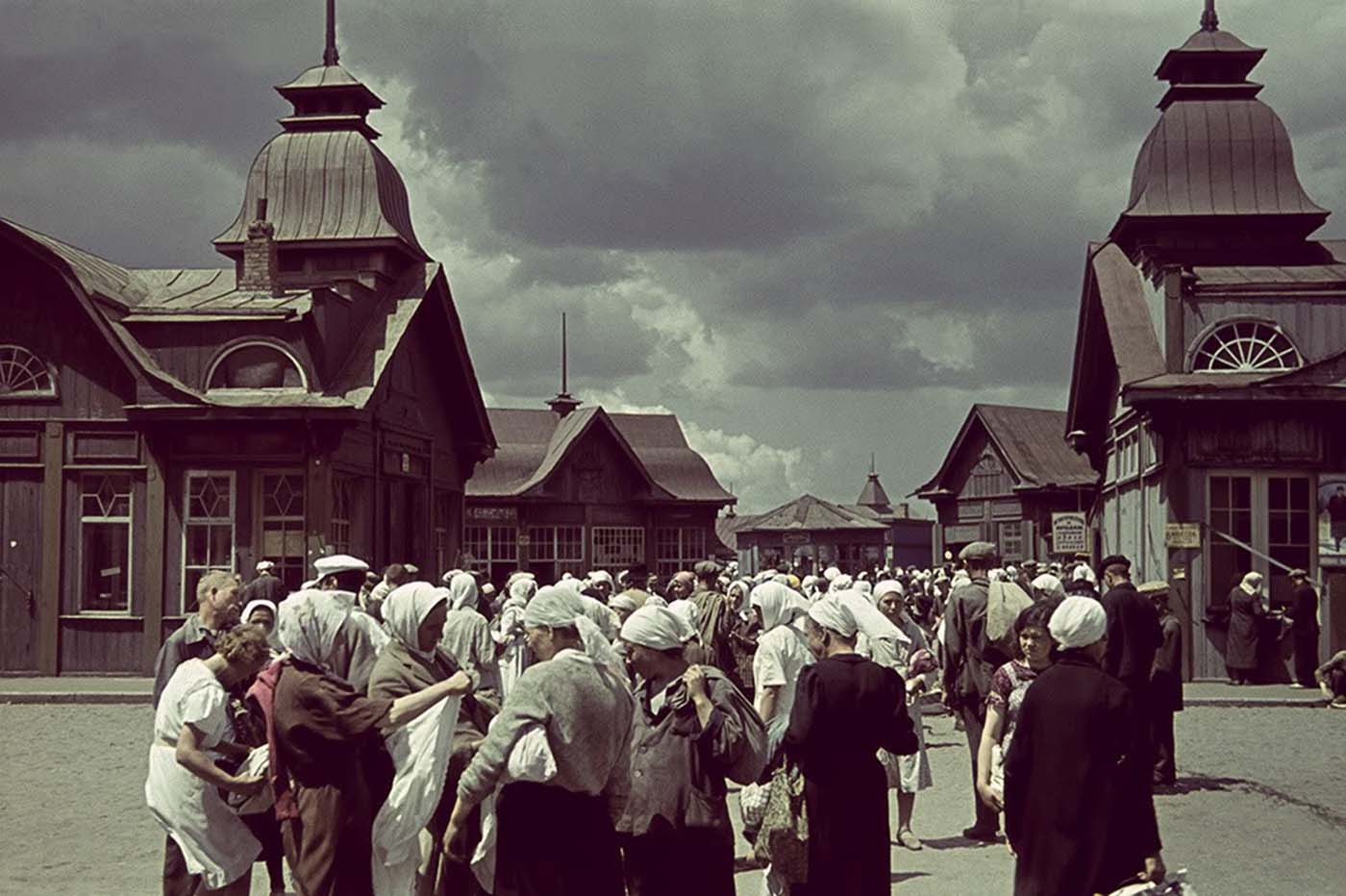 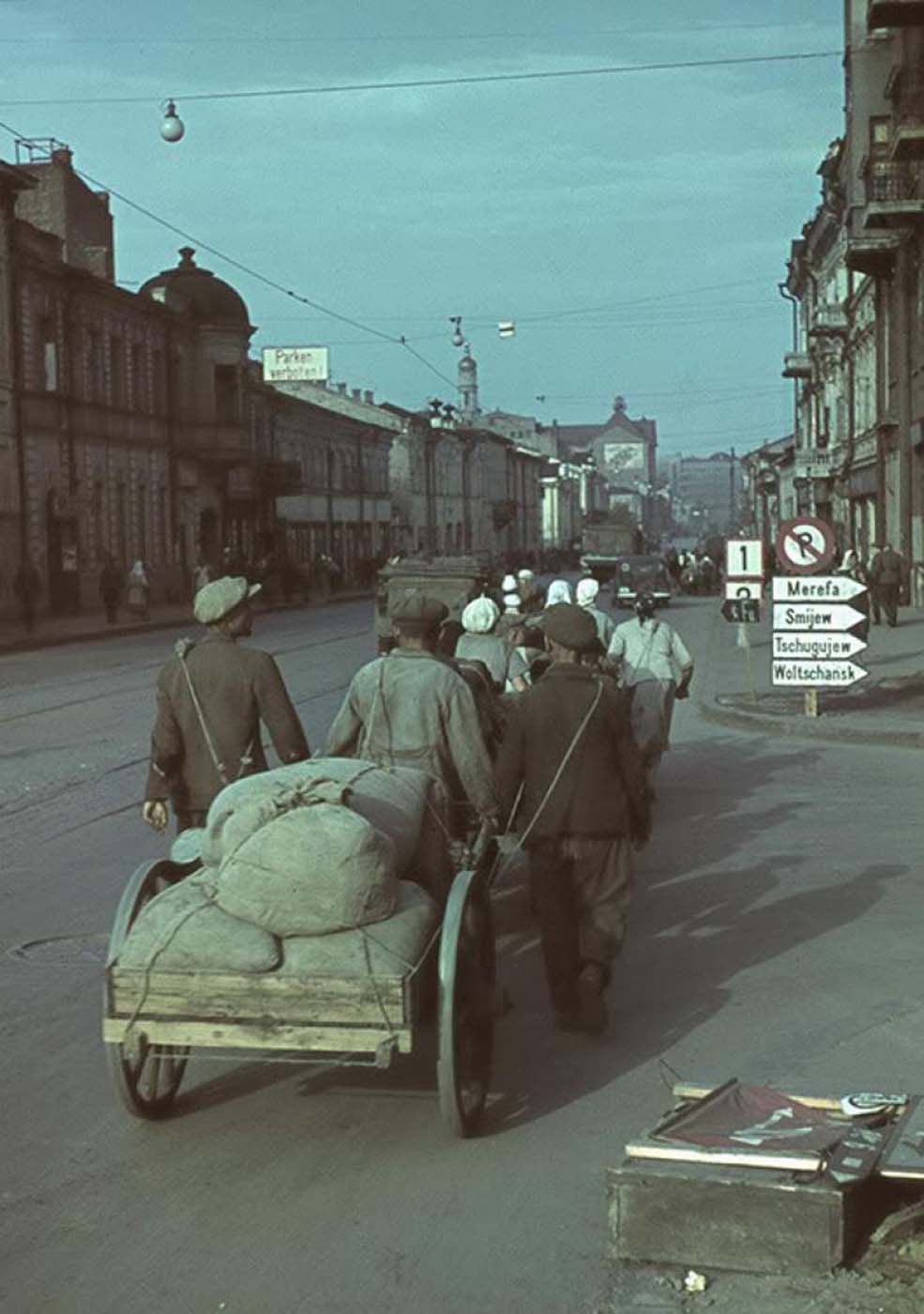 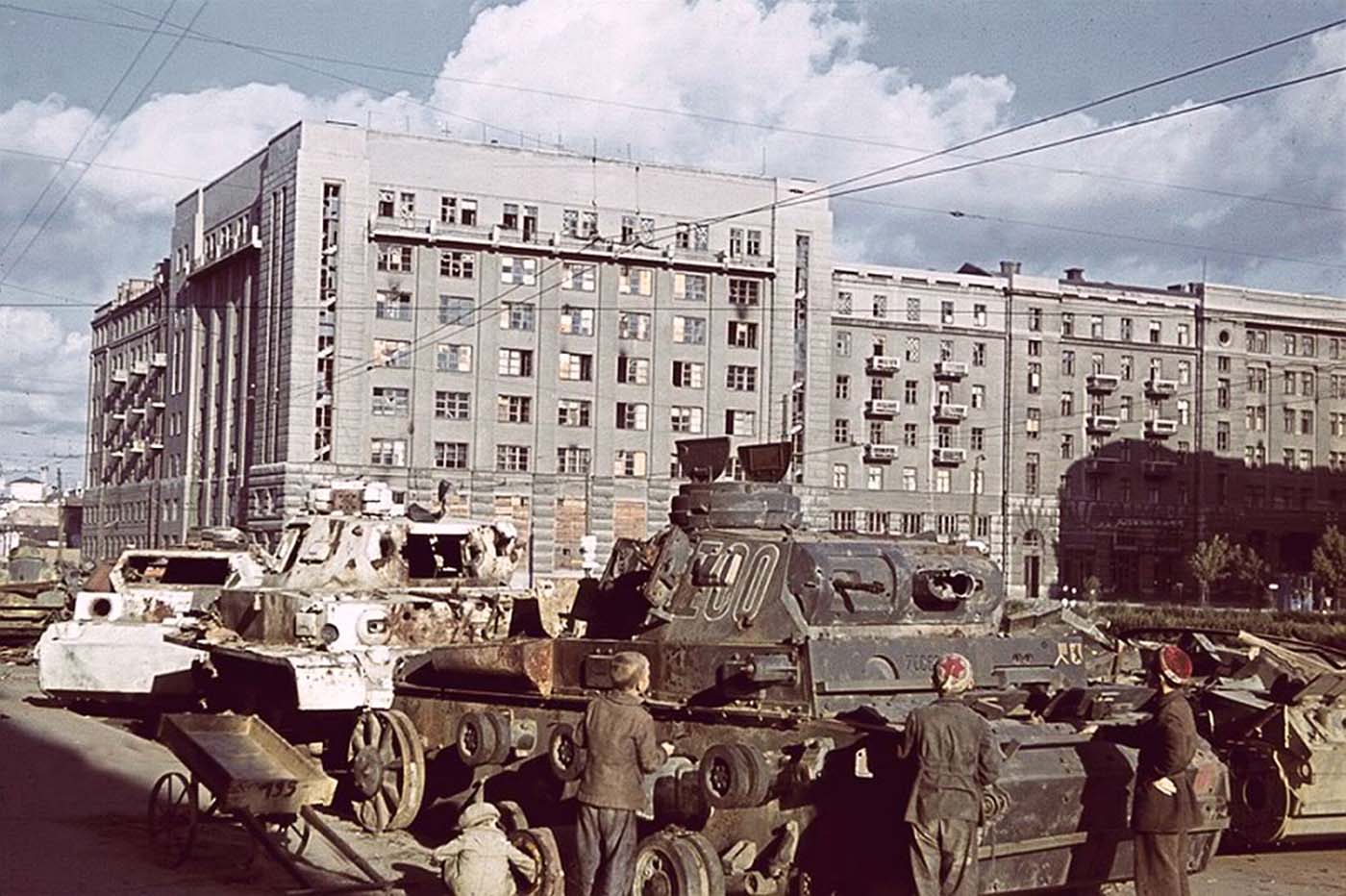 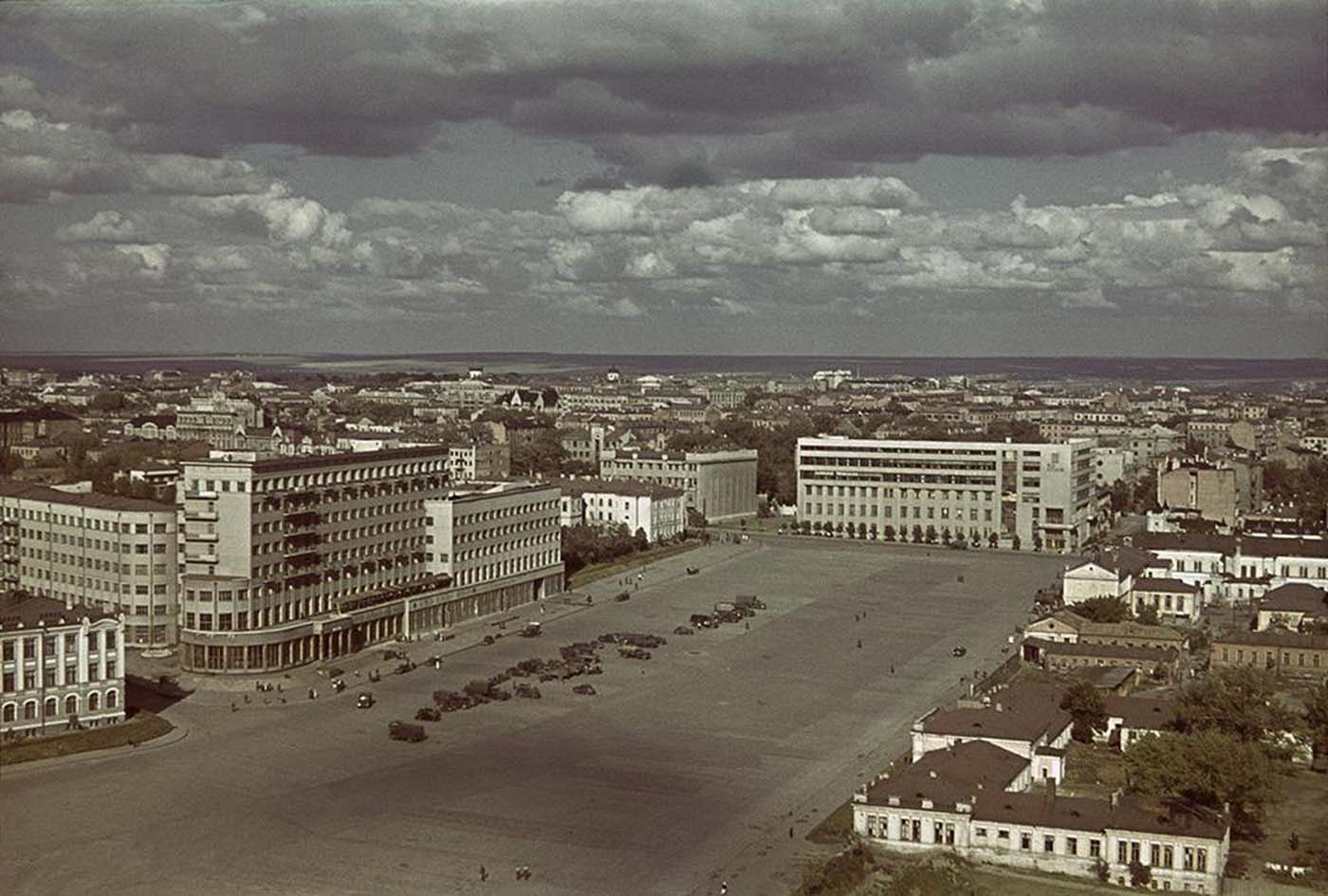