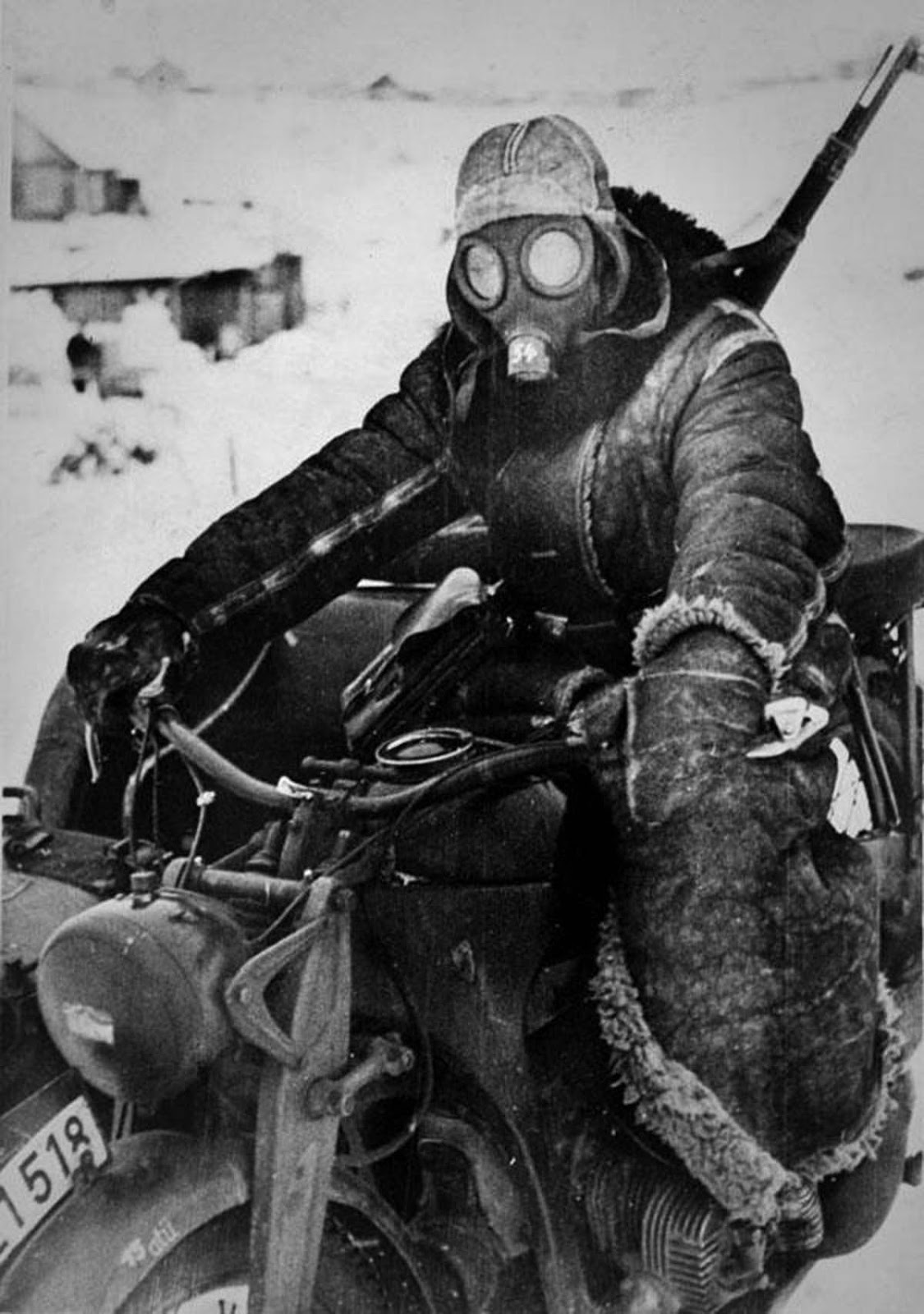 Riding on an exposed vehicle in the Russian Winter, here a combination motorcycle, required protective clothing. This Kradfahrer wears a sentry’s fur-lined overcoat, heavy mittens, the fur-lined cap of the reversible winter suit, which is no doubt being worn beneath the overcoat, and a gas-mask for face protection. The air filter canister has been removed from the gas-mask 38. Special extra eyepiece lens were issued for cold weather to prevent fogging by creating an airspace between the two lens.

The German military was the largest employers of motorcycles during World War II 1939-45. On June 22, 1941 Germany launched its Operation Barbarossa, the 3-million-man invasion of the Soviet Union. During the campaigns that followed, the military motorcyclist served a variety of functions including chauffeur service for officers, delivering dispatches, even hot meals, as scouting patrols, as point vehicles taking the brunt of battle, sometimes as specially equipped tank destroyers. As with all motorcyclists, there was a kinship among these soldiers who called themselves “kradmelder” (military motorcycle messenger). They rode exposed without the armor plating of the Panzers, without the safety of hundreds of foot soldiers beside them. Moving targets as it were, sniper magnets, and then there were mine fields, artillery fire, and strafing aircraft to contend with.

The other enemy was the Russian weather. By autumn the roads had turned into nearly impassable bogs, the fields over which the motorcycles traveled turning in to “seas of jelly three feet more deep”. By winter, temperatures fell to -40 degrees Celsius, engine oil and exposed soldiers froze solid. Some German motorcycle riders benefited from special heating systems grafted onto their bikes, including foot and hand warmers. However, by war’s end, many if not most of the motorcycles, along with their riders, never returned home.