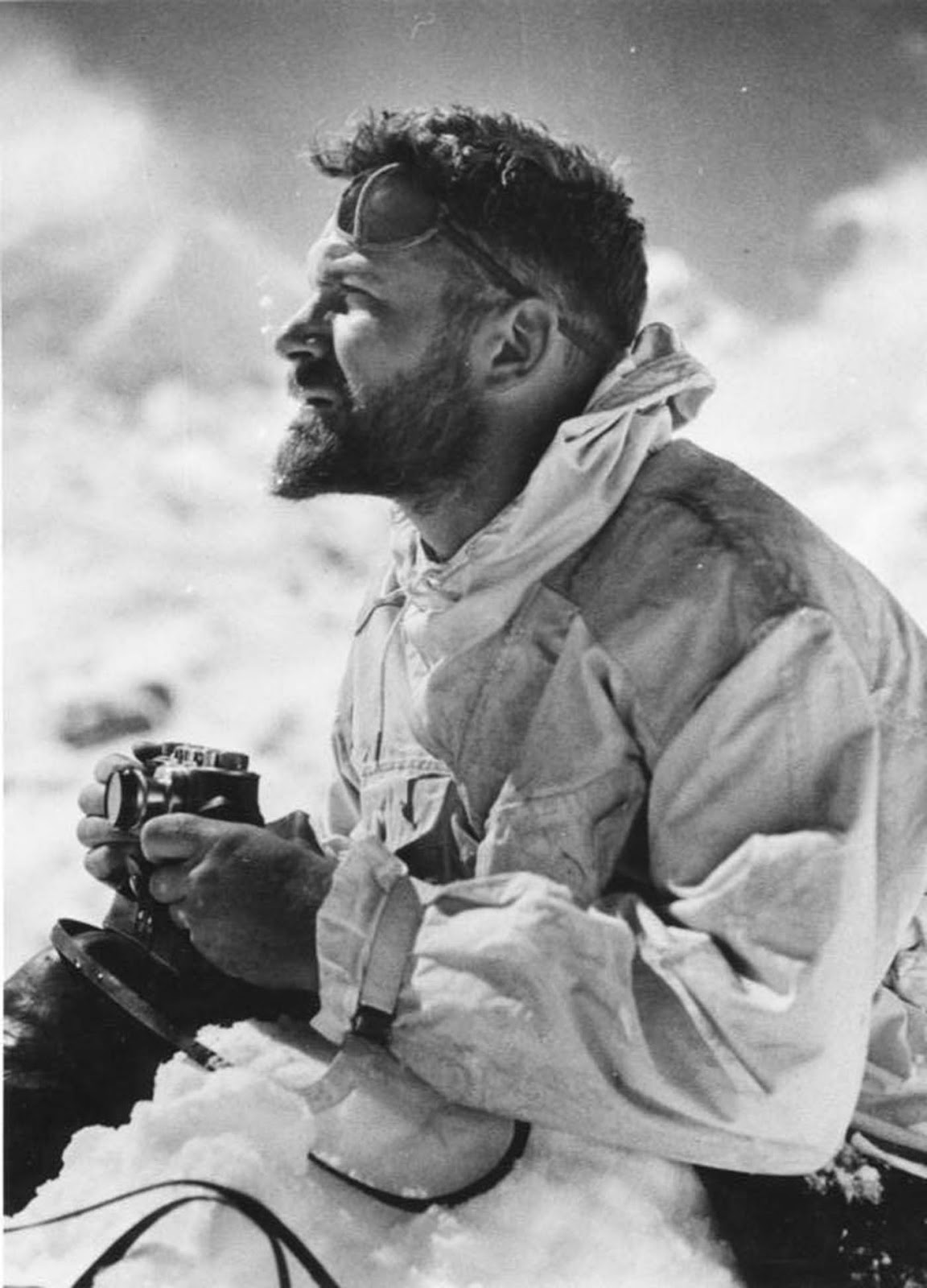 The 1938-1939 German Expedition to Tibet was a May 1938 – August 1939 German scientific expedition led by German zoologist and SS officer Ernst Schäfer. Schäfer’s primary objective for the expedition was the creation of a complete scientific record of Tibet, through a synthesis of geology, botany, zoology, and ethnology referred to in the German science of the day as “holism”.

The Reichsführer-SS Himmler was attempting to avail himself of the reputation of Ernst Schäfer for Nazi propaganda and asked about his future plans. Ernst Schäfer responded he wanted to lead another expedition to Tibet.

Ernst Schäfer wished his expedition to be under the patronage of the cultural department of the foreign affairs or of the Deutsche Forschungsgemeinschaft (“German Research Foundation”) as indicated by his requests.

Himmler was fascinated by Asian mysticism and therefore wished to send such an expedition under the auspices of the SS Ahnenerbe (SS Ancestral Heritage Society), and desired that Schäfer perform research based on Hans Hörbiger’s pseudo-scientific theory of “Glacial Cosmogony” promoted by the Ahnenerbe.

Schäfer had scientific objectives, and he, therefore, refused to include Edmund Kiss, an adept of this theory, in his team and requested 12 conditions to obtain scientific freedom.

Wolfram Sievers from the Ahnenerbe, therefore, expressed criticism concerning the objectives of the expedition, so that Ahnenerbe would not sponsor it. Himmler accepted the expedition to be organized on the condition that all its members become SS. In order to succeed in his expedition, Schäfer had to compromise. 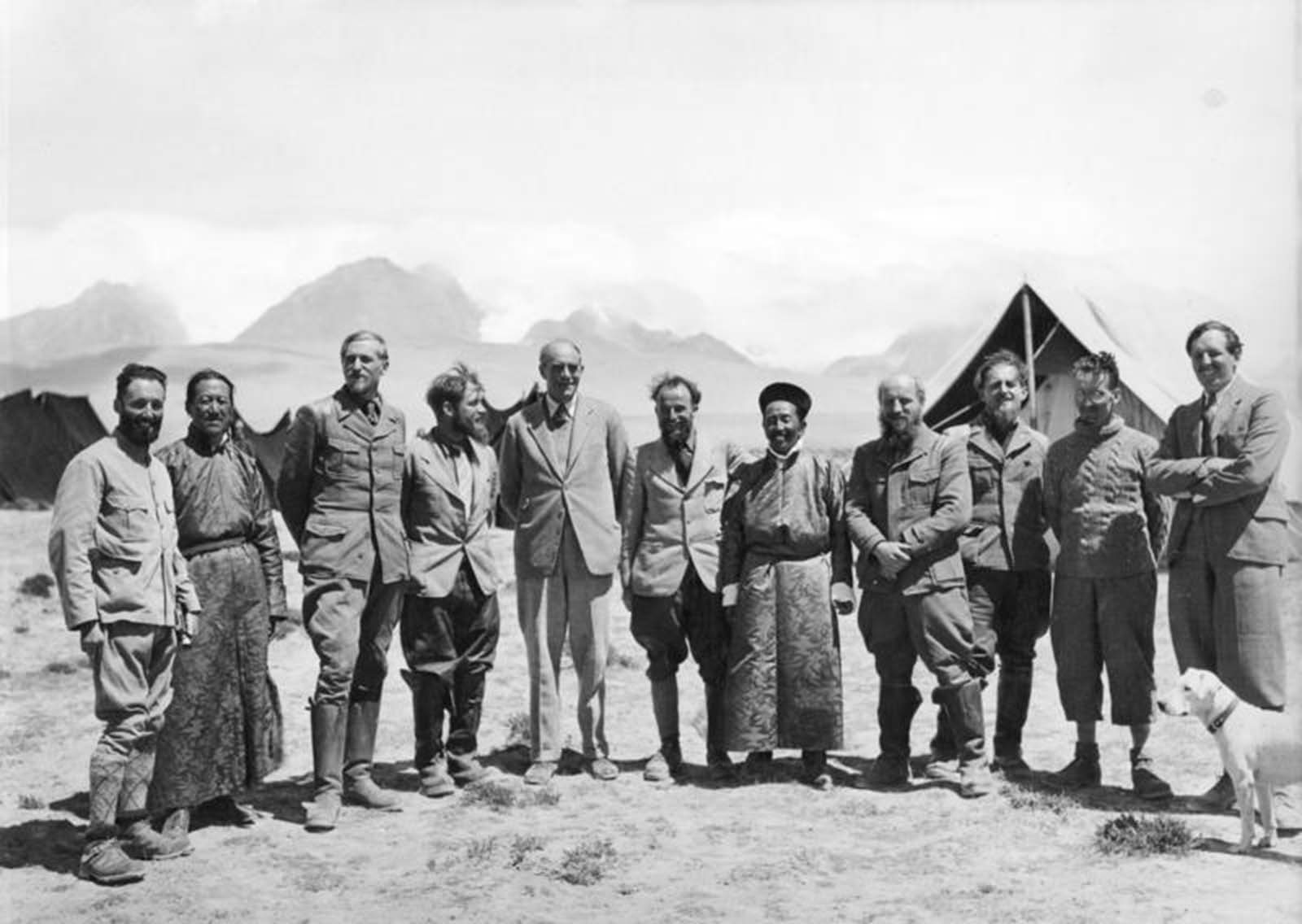 While preparing the expedition, Ernst Schäfer used the term “Schaefer Expedition 1938/1939″ on his letterhead and to apply for sponsorship from businessmen. However, the official name had to be changed on order of the “Ahnenerbe” to “German Tibet-Expedition Ernst Schaefer” (in big letters), “under the patronage of the Reichsführer-SS Himmler and in connection with the Ahnenerbe” (in small letters).

Ernst Schäfer was a member of the SS when he showed up at the German consulate in Chung-King in 1935. Schäfer had just returned from a trip through parts of Asia, mainly India and China, in which the other two heads of the expedition had abandoned him in fear of native tribes.

Schäfer turned the expedition from a complete failure into a great success, and the SS took note, sending him a letter informing him of promotion to SS-Untersturmführer and summoning him back to Germany from Philadelphia where he was organizing the collection from his voyage. In June 1936, Schäfer met with Himmler, who consequently informed Sievers and Galke to start organizing an expedition to Tibet.

Schäfer recruited young, fit men who would be well suited for an arduous journey At age 24, Karl Wienert (an assistant of Wilhelm Filchner, a famous explorer) was the team’s geologist. Also age 24, Edmund Geer was selected as the technical leader to organize the expedition.

A relatively old teammate at the age of 38 was Ernst Krause (not to be confused with the German biologist of the same name) was to double as a filmmaker and entomologist. Bruno Beger was a 26-year-old Rassekunde expert and student of Hans F.K. Günther’s who was to be the team’s anthropologist. 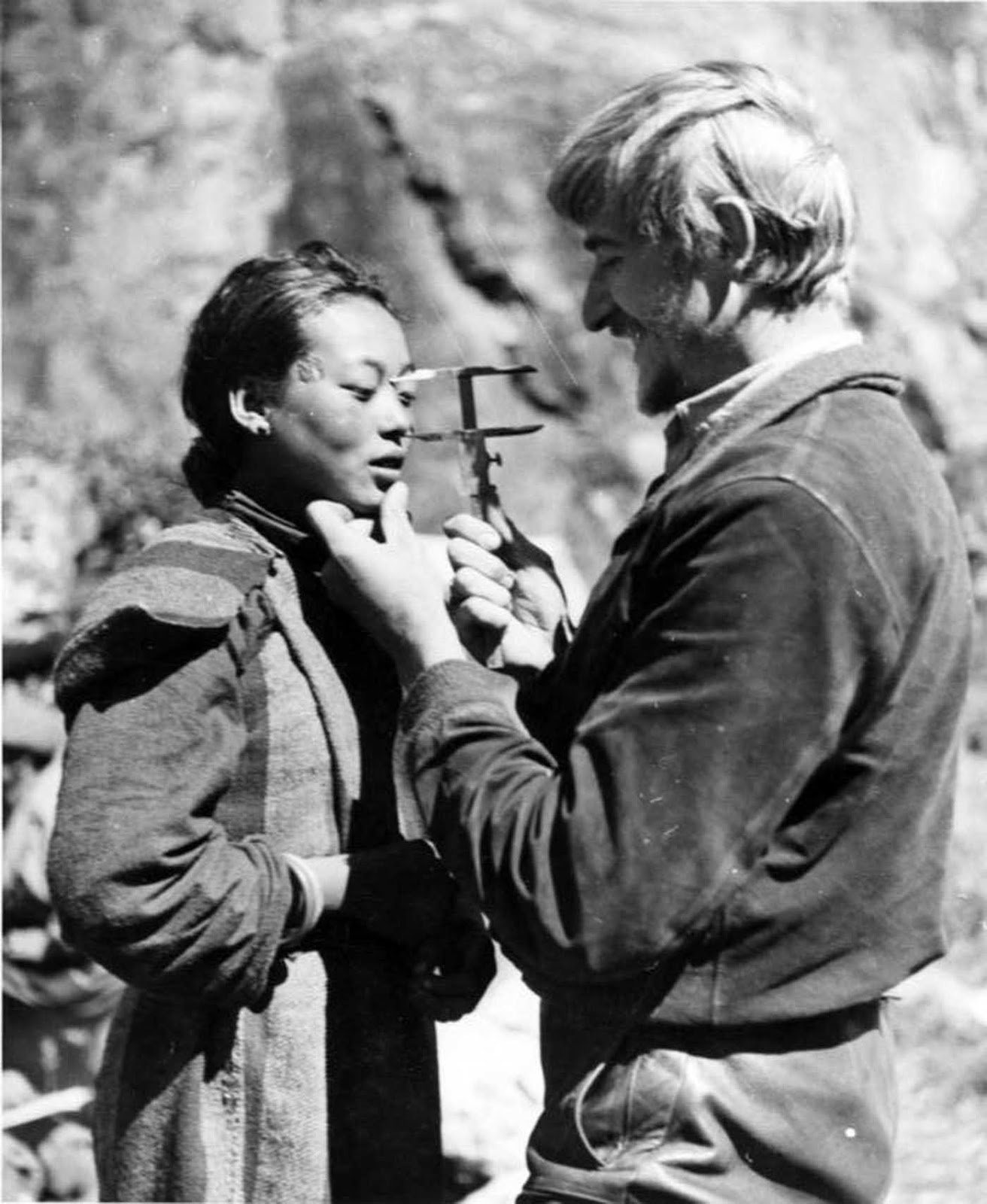 The official plan of the expedition included research on the landforms, climate, geography, and culture of the region and contacting the local authorities for the establishment of representation in the country.

There have been allegations that one of the expedition’s purposes was to determine whether Tibet was the cradle of the Aryan race. The taking of cranial measurements and the making of facial casts of local people by anthropologist Bruno Beger did little to dissipate the allegations.

After being given two complimentary letters – one to Hitler and the other to Himmler, Schäfer and his companions left Lhasa in August 1939 They also took with them two presents for Hitler consisting of a Lhama dress and a hunting dog, as well as a copy of the Tibetan “Bible”, the 120-volume Kangyur.

The Germans collected anything they could: thousands of artifacts, a huge number of plants and animals, including live specimens. They sent back specimens of three breeds of Tibetan dogs, rare feline species, wolves, badgers, foxes, animal and bird skins. The expedition members collected a huge quantity of plants, in particular hundreds of varieties of barley, wheat, oats. 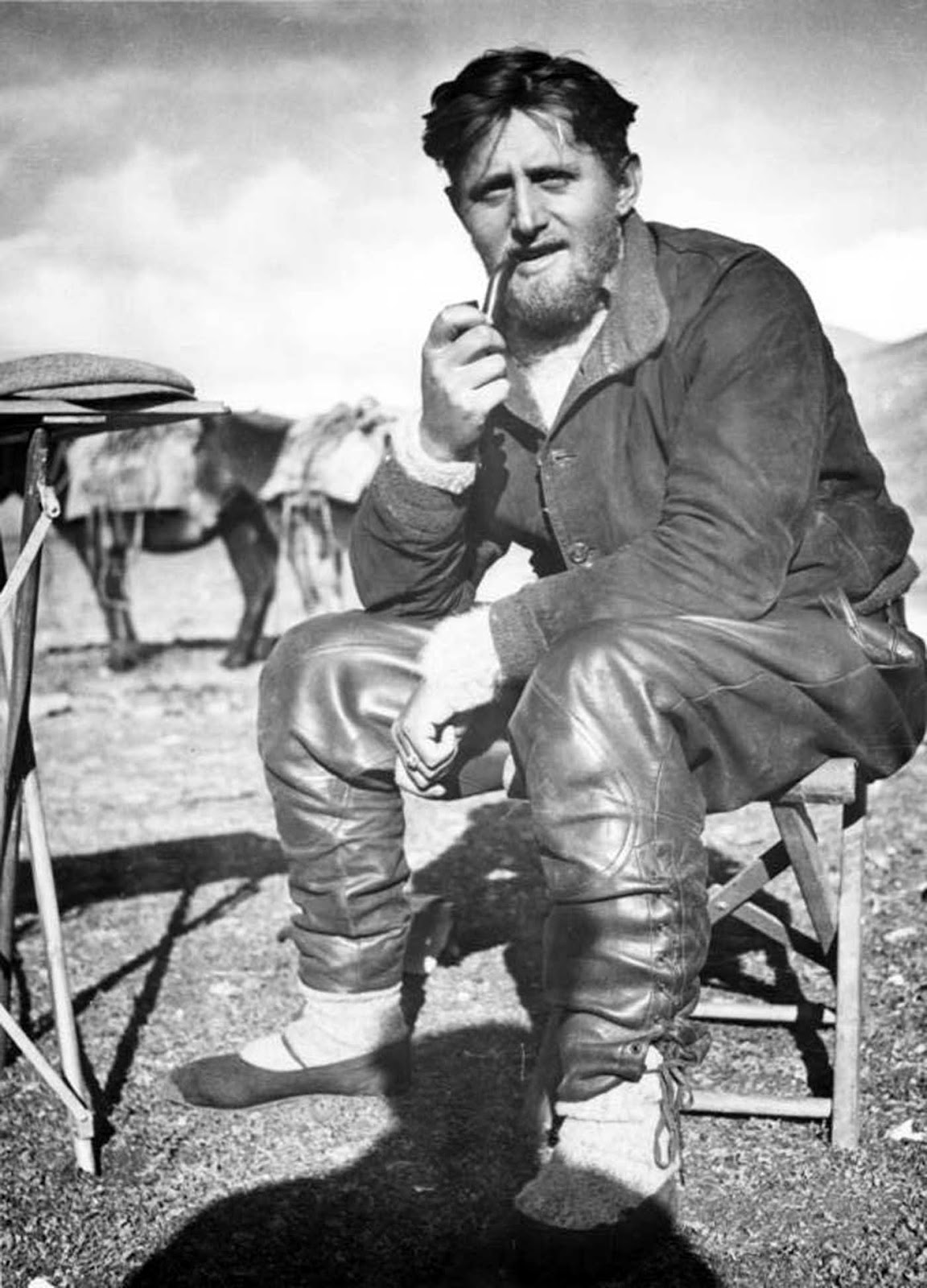 The seeds were later stored in the SS-Institute for Plant Genetics in Lannach near Graz, Austria, a research center run by SS botanist Heinz Brücker.

Brücher entertained hopes of using both the Tibet collection and that of the Vavilev Institute in the Eastern territories to select crop plants able to withstand the climate of Eastern Europe – considered at the time as part of the Nazi Lebensraum or “living space” – with a view to reaching autarky.

Bruno Beger recorded the measurements of 376 people and took casts of the heads, faces, hands, and ears of 17 more, as well as fingerprints and handprints from another 350. To carry out his research, he posed as a medicine man to win the favor of Tibetan aristocrats, dispensing drugs and tending to monks with sexually transmitted diseases.

In his account of Tibetan homosexuality, he describes the various positions taken by older lamas with younger boys and then goes on to explain how homosexuality played an important role in the higher politics of Tibet. There are pages of careful observation of Himalayan people engaged in a variety of intimate acts. 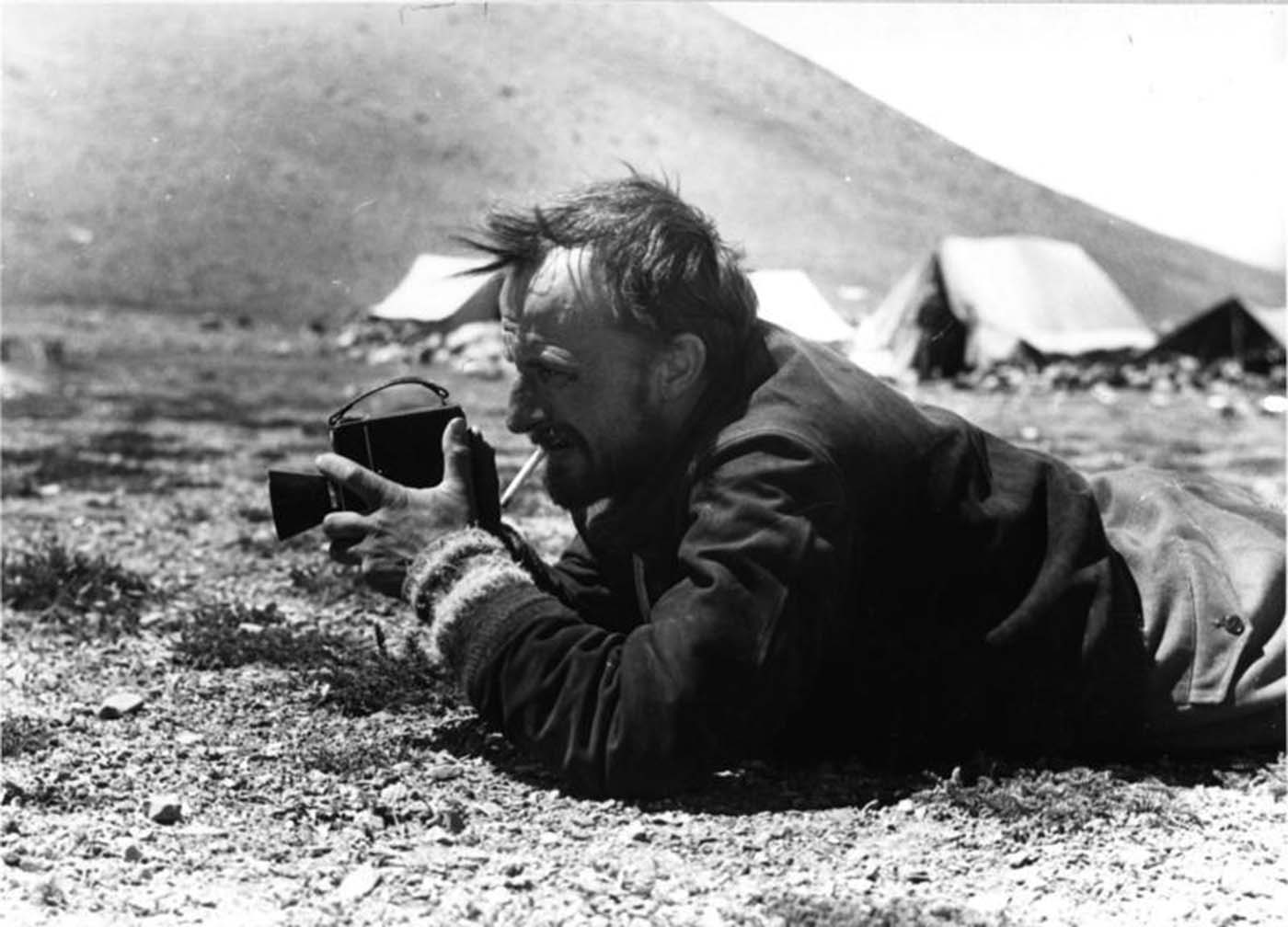 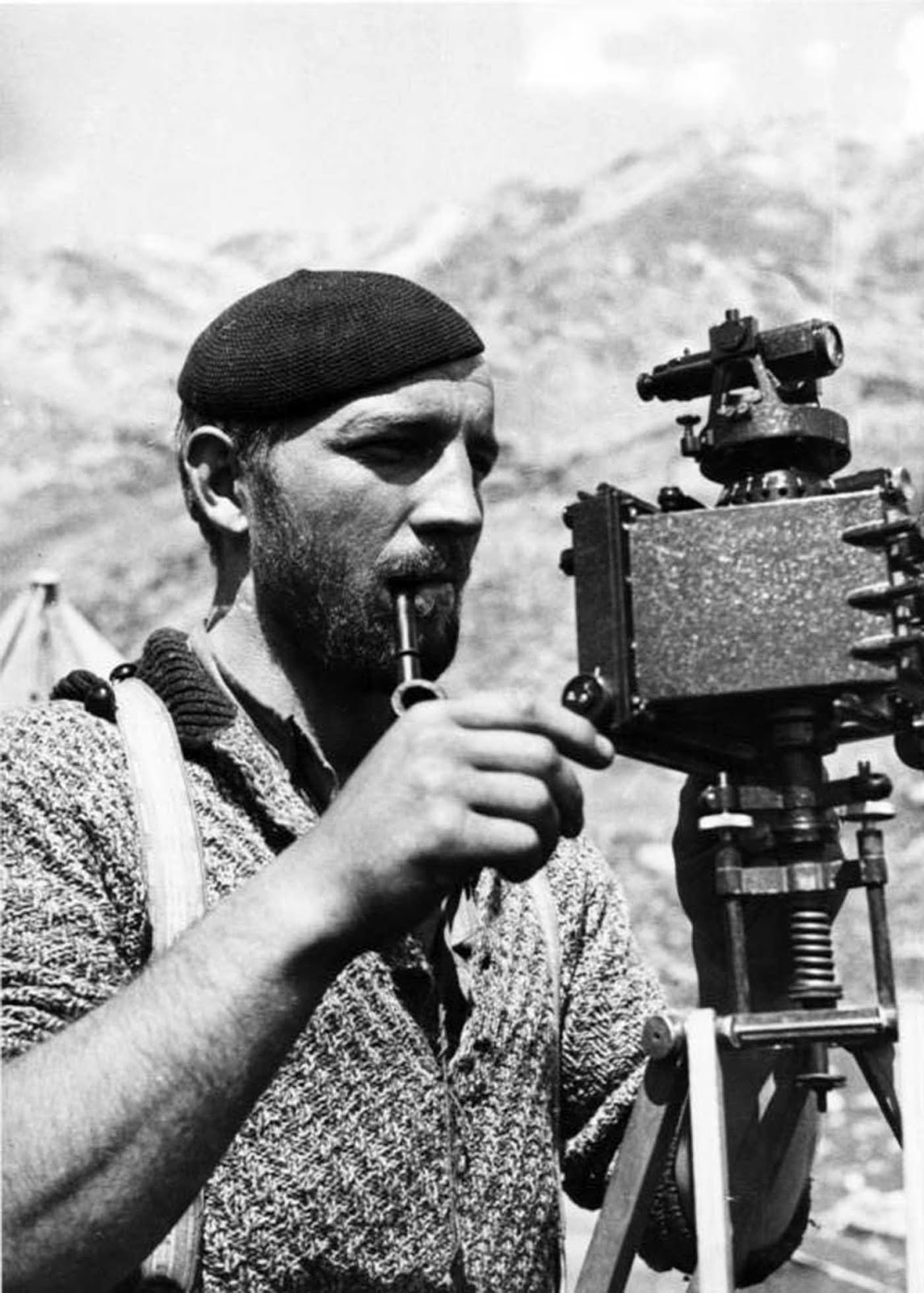 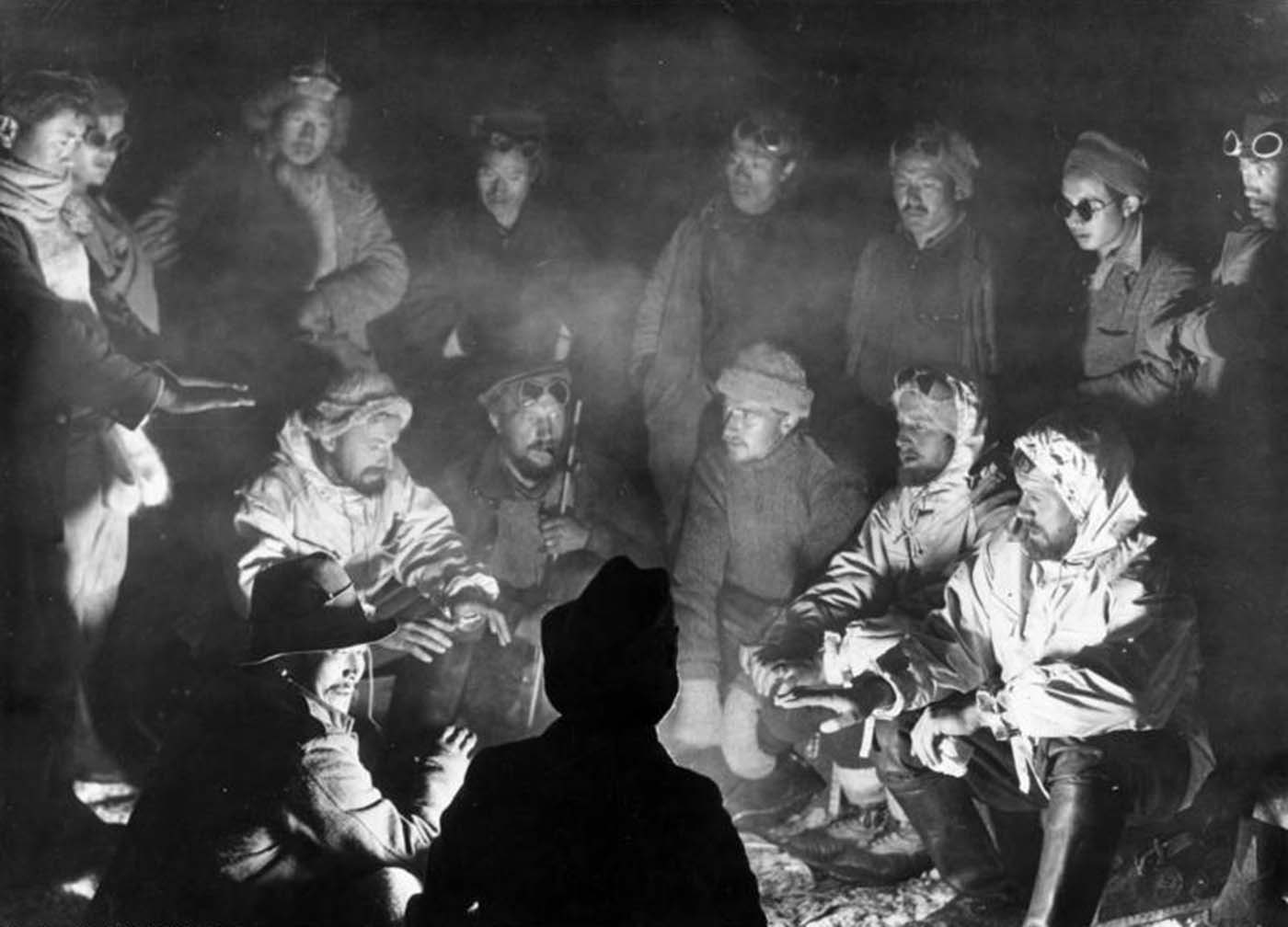 Photograph of the expedition. 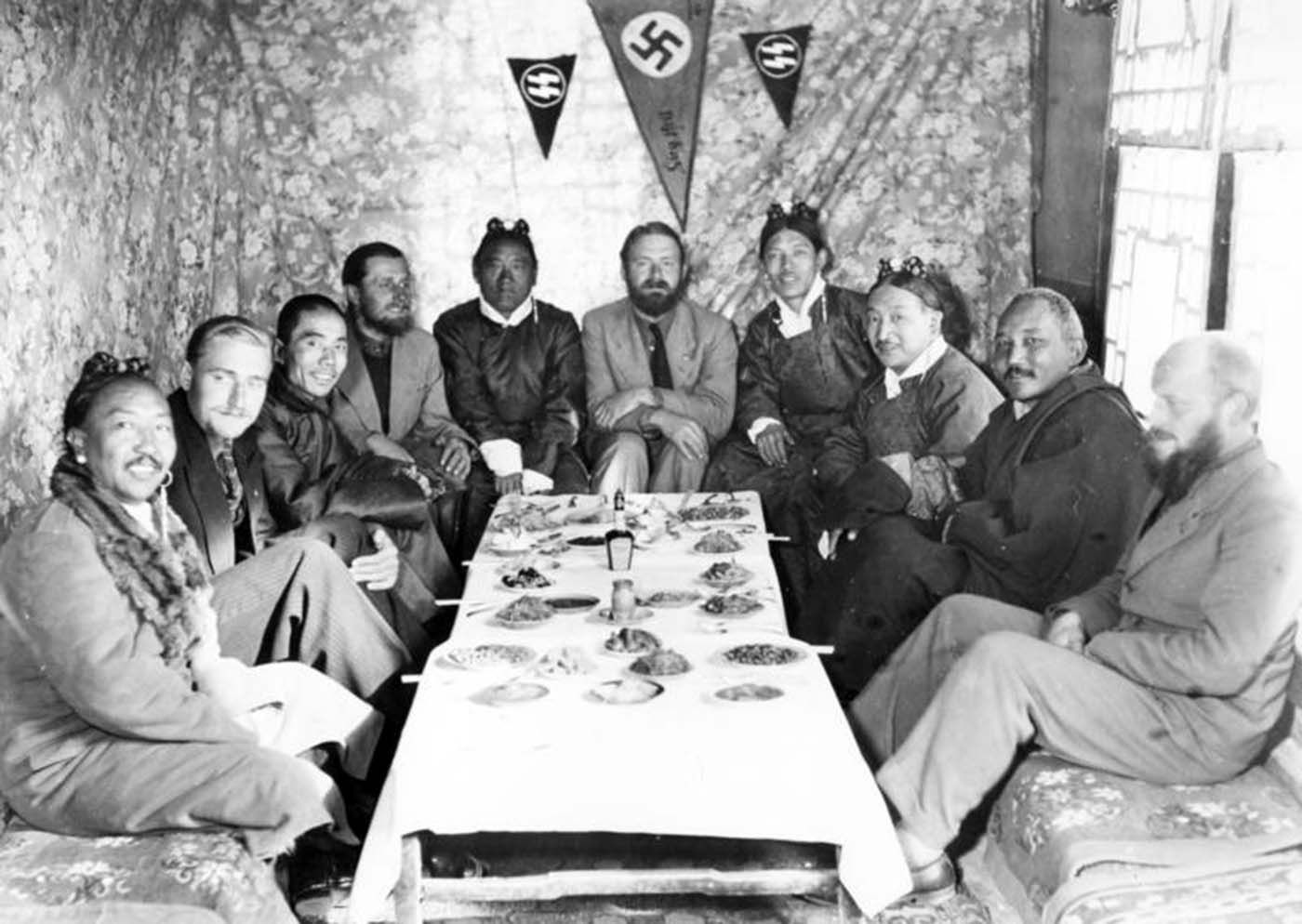 Under SS pennants and a swastika, the expedition members are entertaining some Tibetan dignitaries and the Chinese representative in Lhasa. 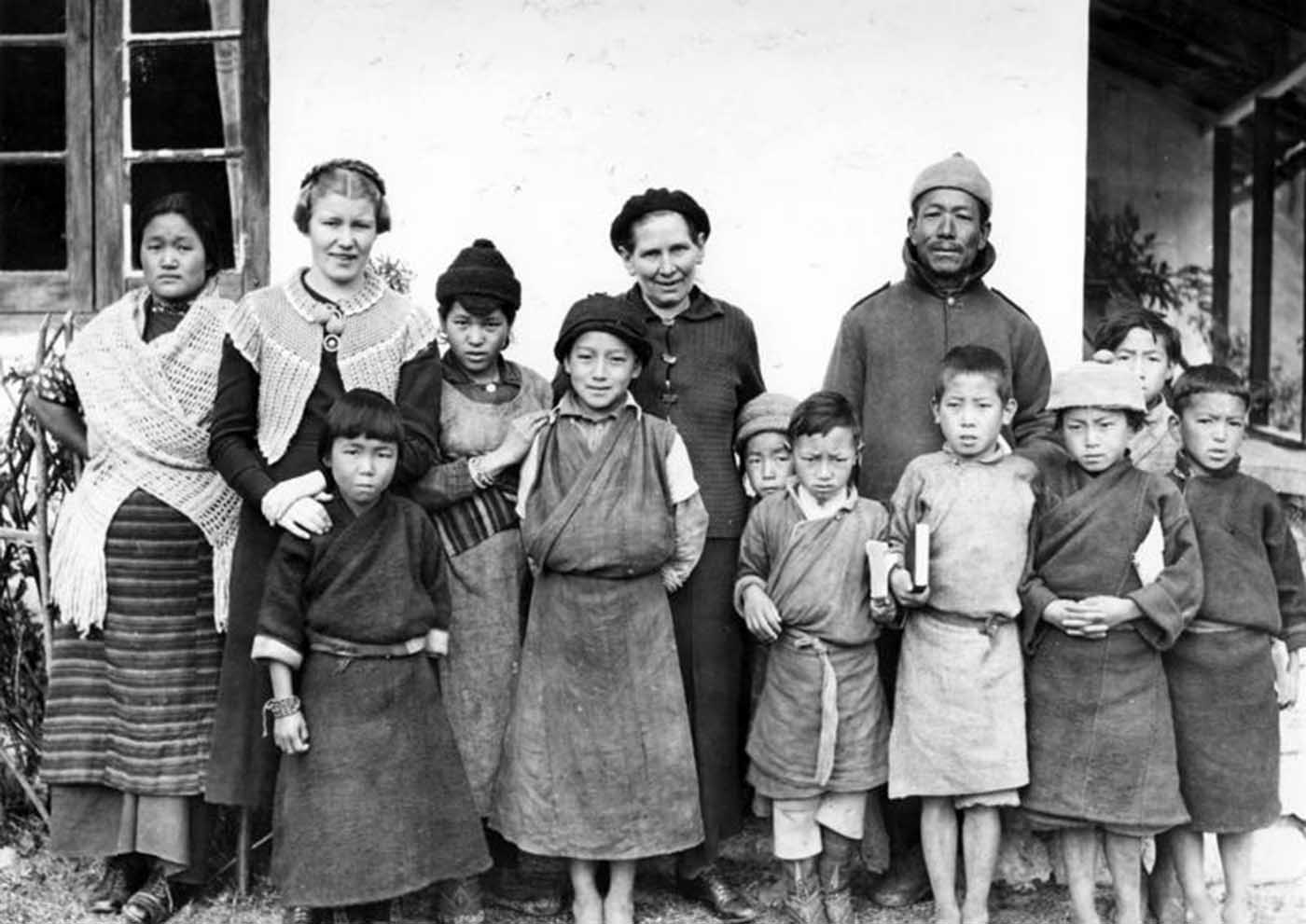 Mission school in Lachen, a Finnish missionary with her assistant and a native pastor. 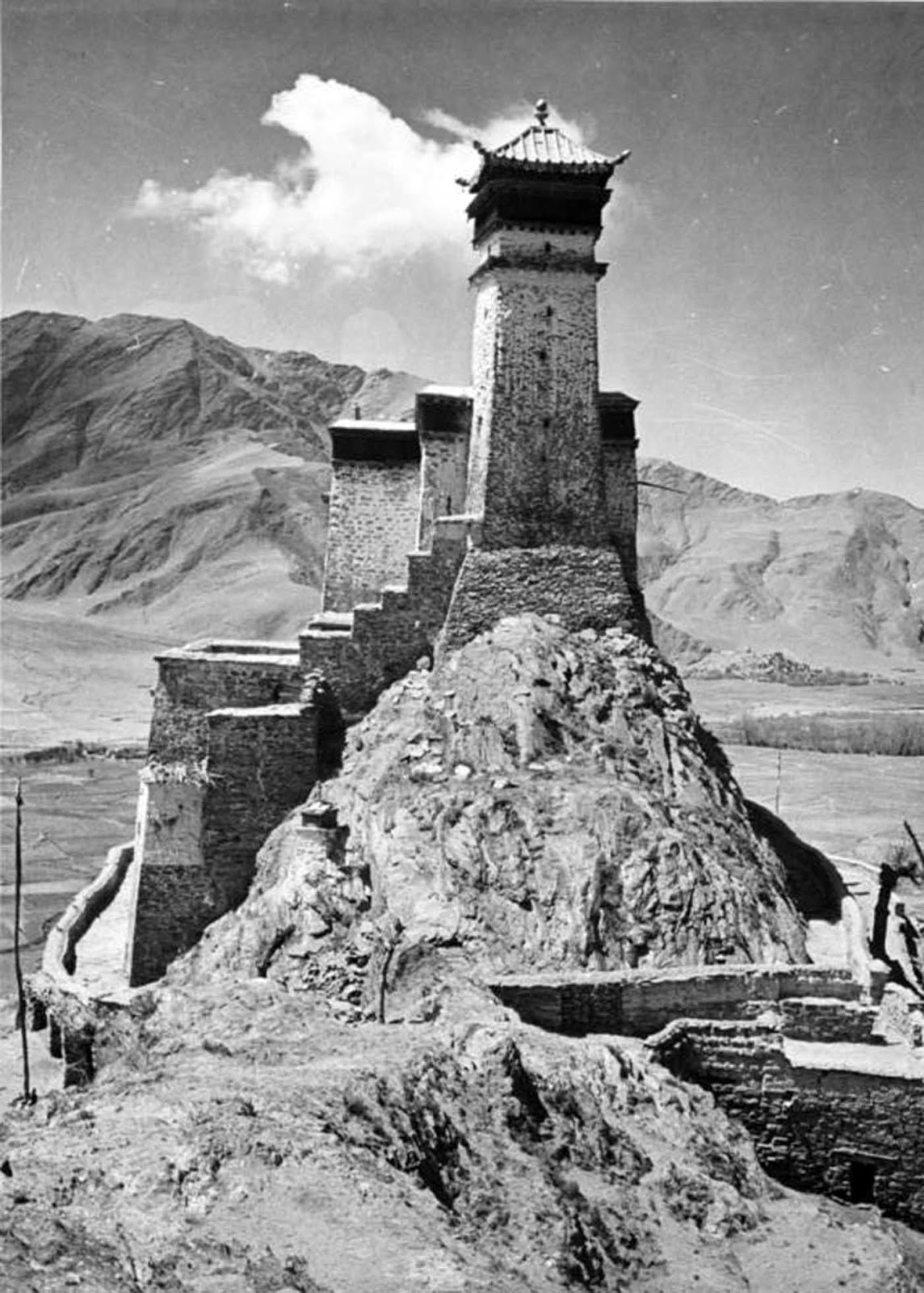 The Yumbulagang fortress as photographed by Ernst Krause in 1938.