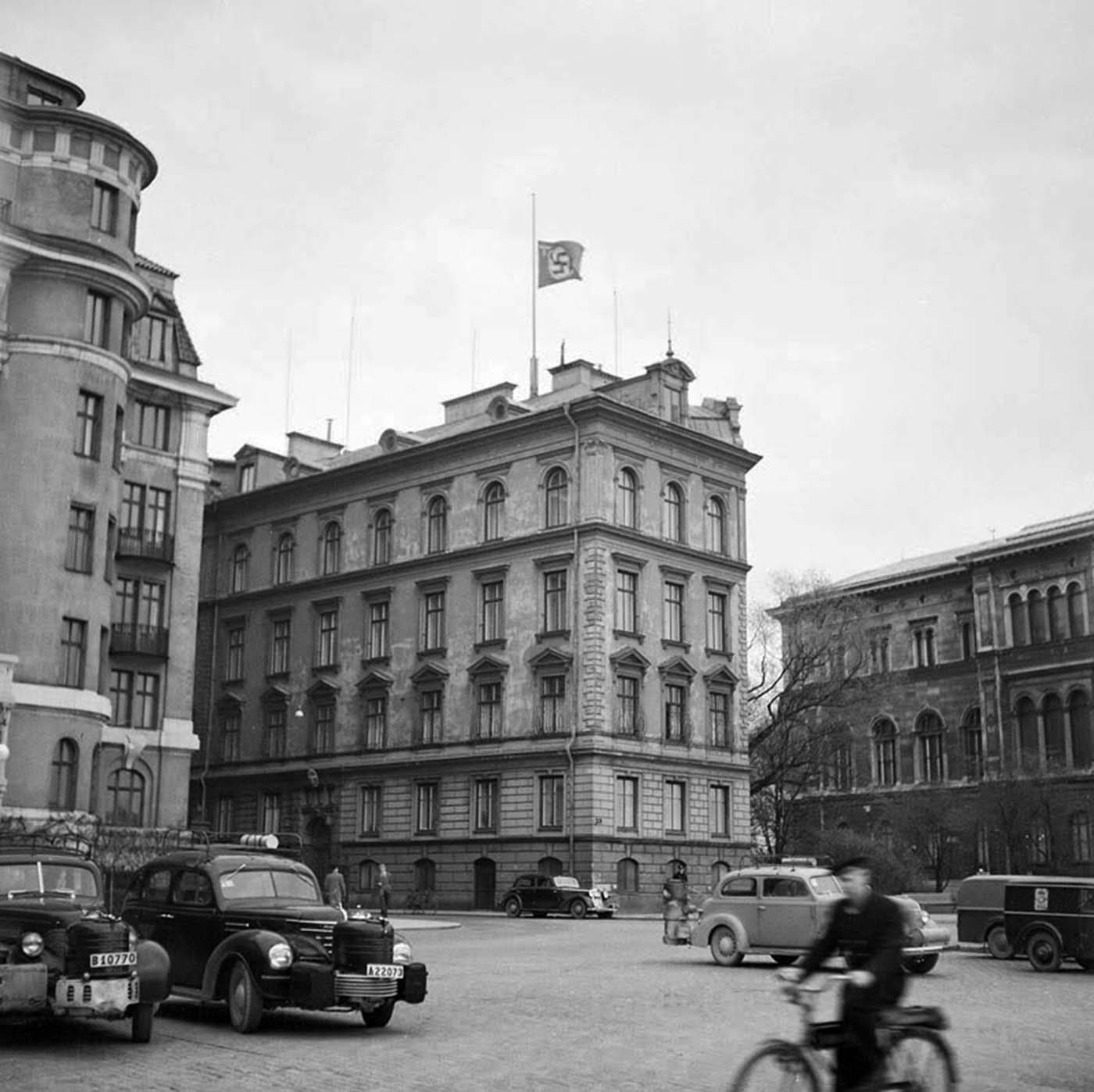 The German embassy in Sweden flying the flag at half mast the day Hitler died, April 30, 1945.

The embassy is an official state function and since the Third Reich outlived Hitler by six weeks, it would be odder if they did not raise the flag when the head of state died. Actually, Hitler’s death wasn’t officially announced until May 1st, but the Oberkommando der Wehrmacht (German High Command) obviously got the news well before that and might have informed embassies so they could bring the news out worldwide on May 1st, but perhaps the flag got lowered to half-mast prematurely in Sweden.

Germany did not invade Sweden because Sweden was traditionally a neutral country for over 200 years and Hitler did not want to bother Sweden when he already had Norway, a more strategically located nation. During the invasion of Scandinavia, Sweden kept neutral, but because much of their income was generated by exporting iron, they continued to sell it to Nazi Germany.

Sweden would not help Finland fight off the Soviet attack, but 8,000 Swedes volunteered for the Finnish army. Sensing the impending trouble, nearly everyone in the country pitched in to bolster the Swedish defense lines.

Although Sweden was surrounded by chaotic war, its citizens led relatively normal lives. However, every Swedish family was affected by it because so many civilians were called into the military reserves. 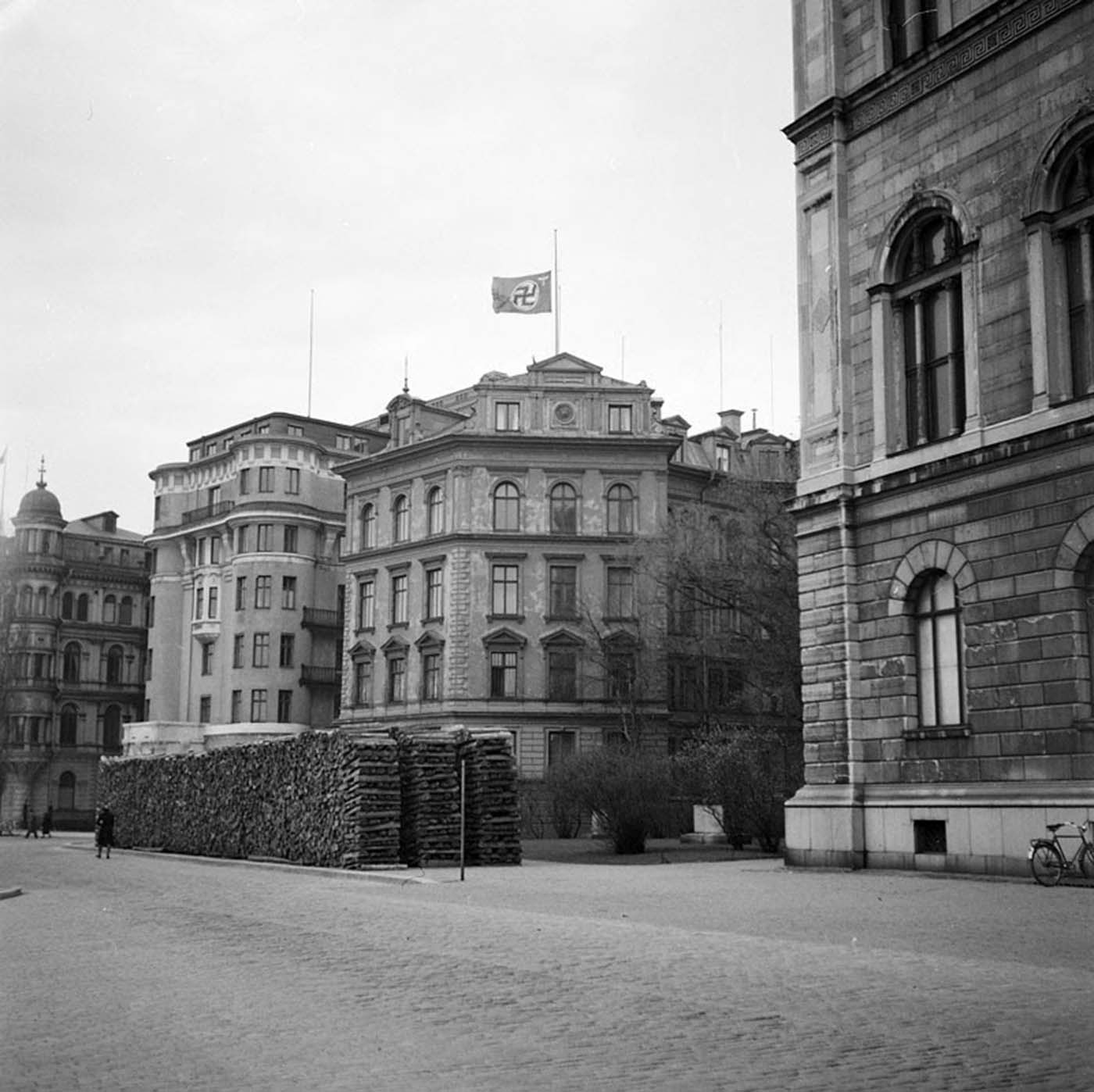 The apparatus attached to some of the vehicles (in the photos) is wood gas devices. A wood gas generator is a gasification unit that converts timber or charcoal into wood gas, a syngas consisting of atmospheric nitrogen, carbon monoxide, hydrogen, traces of methane, and other gases, which – after cooling and filtering – can then be used to power an internal combustion engine or for other purposes.