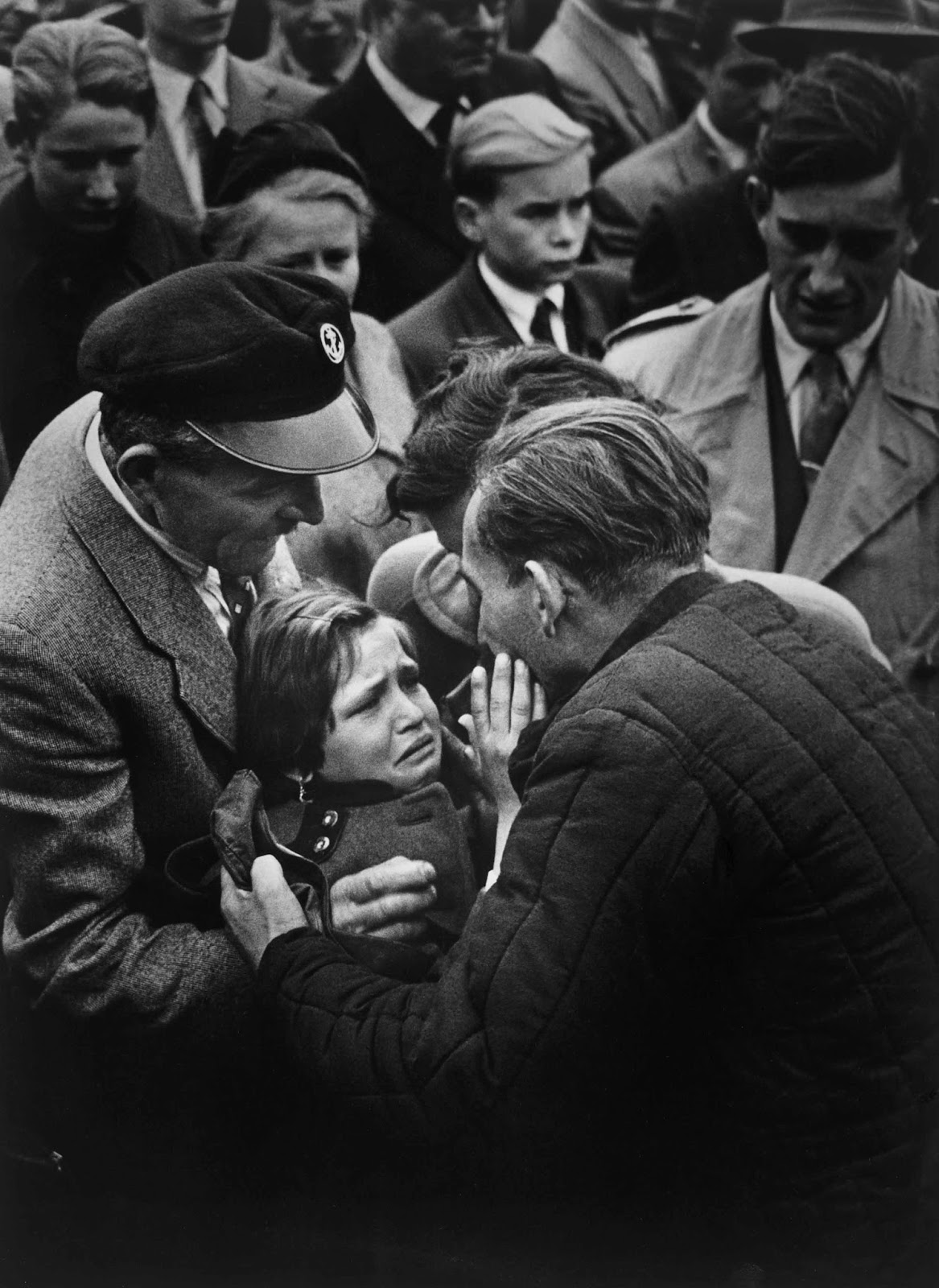 A German child meets her father for the first time, 1956.

A German World War II prisoner is released by the Soviet Union and reunited with his 12-year-old daughter, who has not seen him since infancy. The child has not seen her father since she was one year old.

The event, where this famous photo was taken, was part of what was known as “Die Heimkehr der Zehntausend” (The Return of the 10,000), as they were the last German prisoners of war to be released by the Soviet Union since the end of World War II.

On a visit to Moscow in the fall of 1955, Konrad Adenauer secured the release of the last approximately 10,000 German POWs from Soviet prisons. In return, the Federal Republic agreed to establish diplomatic relations with the Soviet Union.

West German press reports emphasized how well the newly released men had survived their time in prison and how glad they were to reprise their roles as family breadwinners.

The Soviets temporarily halted the release of prisoners when it became clear that the Federal Republic was seeking to delay the agreed-on exchange of ambassadors for as long as possible.

Most German prisoners of war returned home through the Grenzdurchgangslager Friedland, a transit camp for refugees, home-comers, soldiers, and displaced persons set up in September 1945 in the German federal state of Niedersachsen, which was then located at the East-German border. 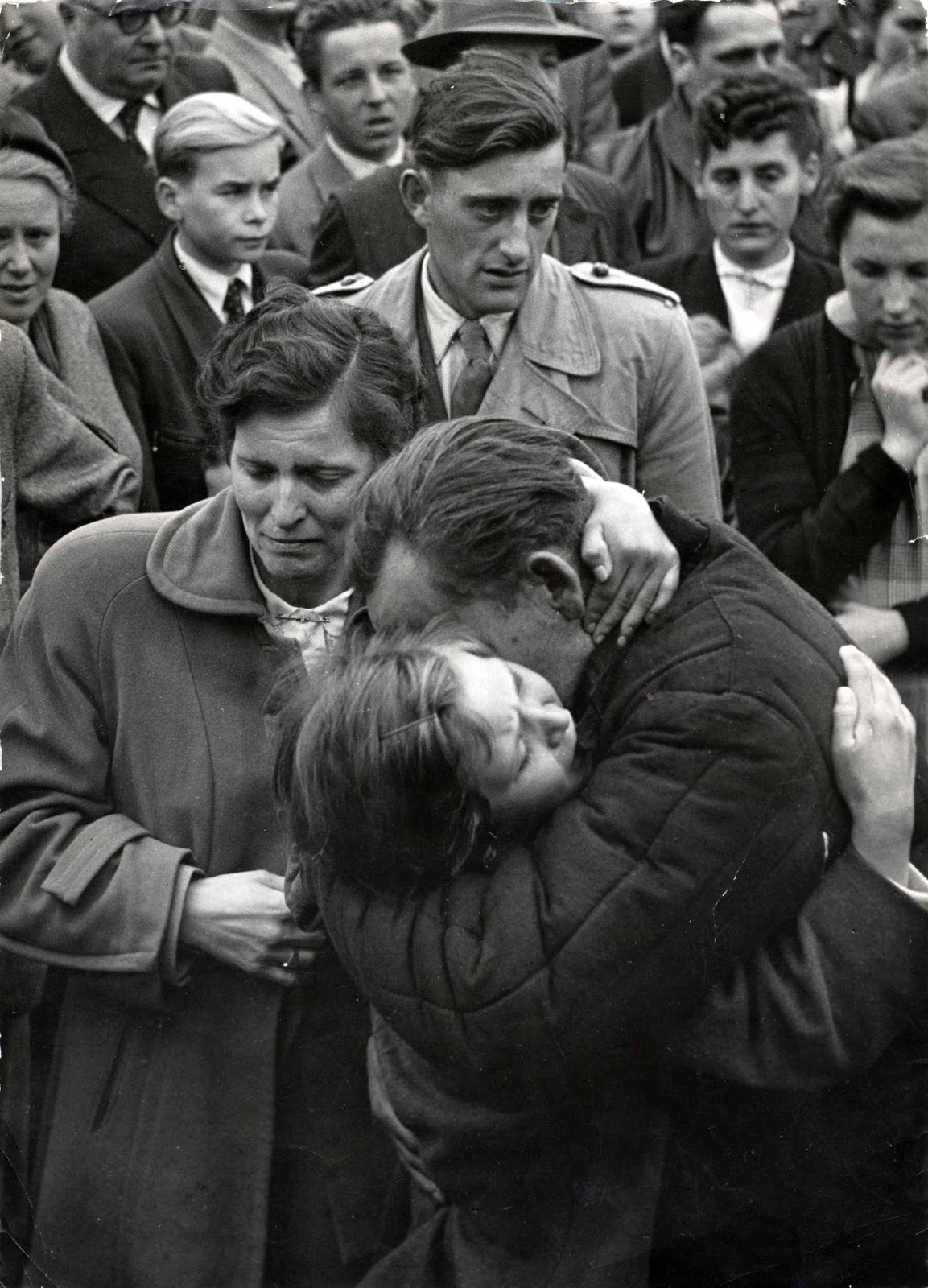 Coming home from the war.