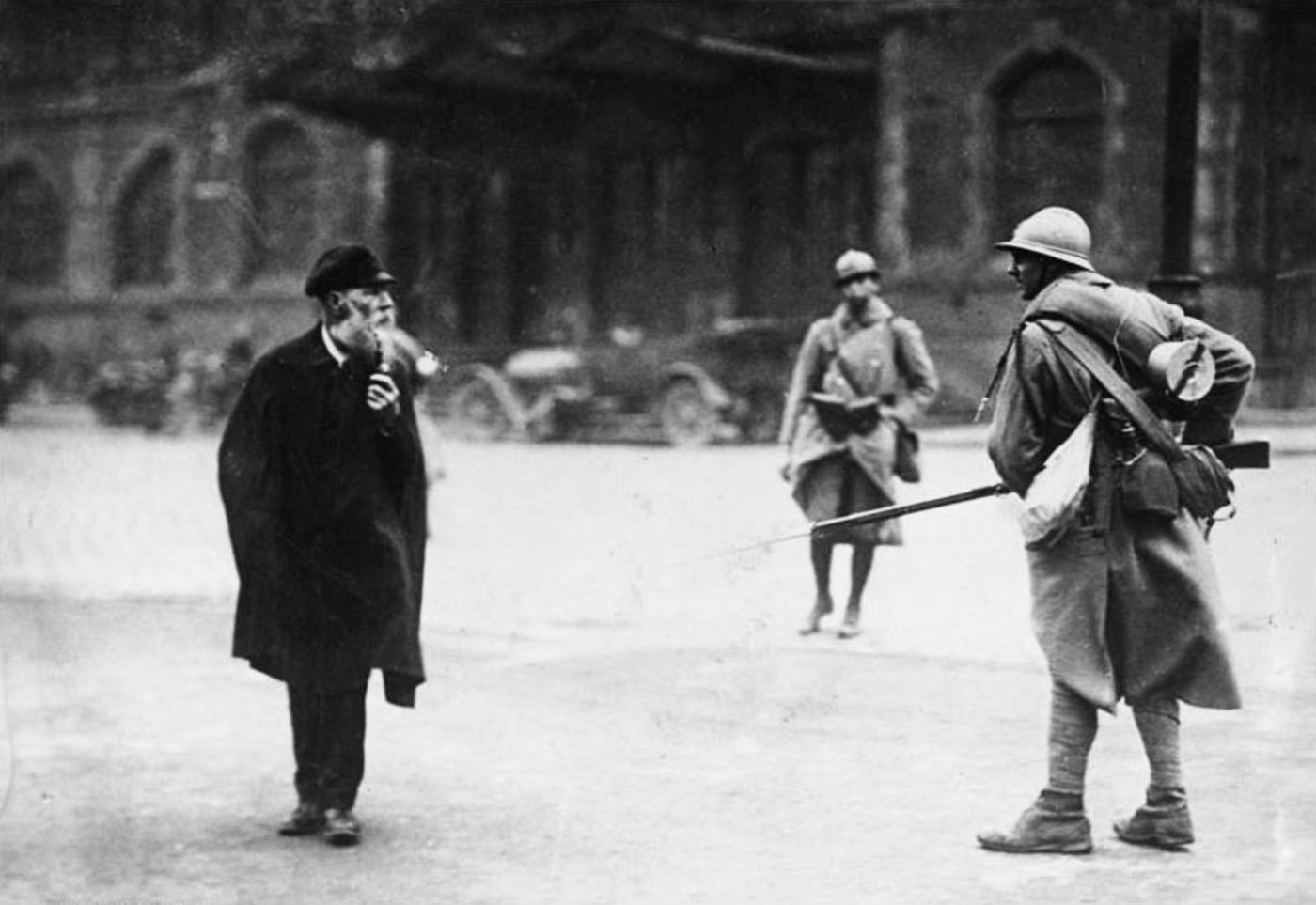 French troops had invaded the industrial land around the River Ruhr. They tried to control the German workers and the public.

In January 1923 France and Belgium invaded the Ruhr, an industrial area of Germany bordering their own countries. The occupation of Ruhr was in response to the Weimar Republic’s failure to continue its reparation payments in the aftermath of World War I.

This region, full of factories and coal mines, contained resources the French and Belgians intended to use to make up for the unpaid reparations.

German workers refused to co-operate with the French and Belgian armies and went on strike. The German government supported them. The French sent in their own workers and arrested the leaders of the German strikers and the German police.

This led to violence on both sides. Though the French did succeed in making their occupation of the Ruhr pay, the Germans through their passive resistance in the Ruhr and the hyperinflation that wrecked their economy, won the world’s sympathy, and under heavy Anglo-American financial pressure (the simultaneous decline in the value of the franc made the French very open to pressure from Wall Street and the City), the French were forced to agree to the Dawes Plan of April 1924, which substantially lowered German reparations payments.

Under the Dawes Plan, Germany paid only 1 billion marks in 1924, and then increased amounts for the next three years, until the total rose to 2.25 billion marks by 1927.

The Ruhr occupation of 1923-1925 marked a shift in the balance of power in Europe in Germany’s favor. Firstly, it demonstrated that the Anglo-French entente had ended as a counterweight to German power.

Secondly, France was faced with a united front of Germany-Britain-America against its invasion and was denounced as a chauvinistic, warmongering, greedy power. Politicians and the press in Britain, for example, regarded the French view that Germany was preparing to launch another war as absurd and “insane”.

Although the Ruhr occupation was profitable, the furor it caused shattered French will. As the historian, Sir Denis Brogan wrote: “Germany was still open to the French invasion, but the will to invade was dead”.

So by the 1930s when Germany managed not only to get reparations abolished but was openly flouting the disarmament clauses of the Versailles Treaty, France did not feel able to act even when she possessed military superiority (until the late 1930s). France was divided between right and left (who were anti-militarist); a divided country is not in an ideal state to invade another.