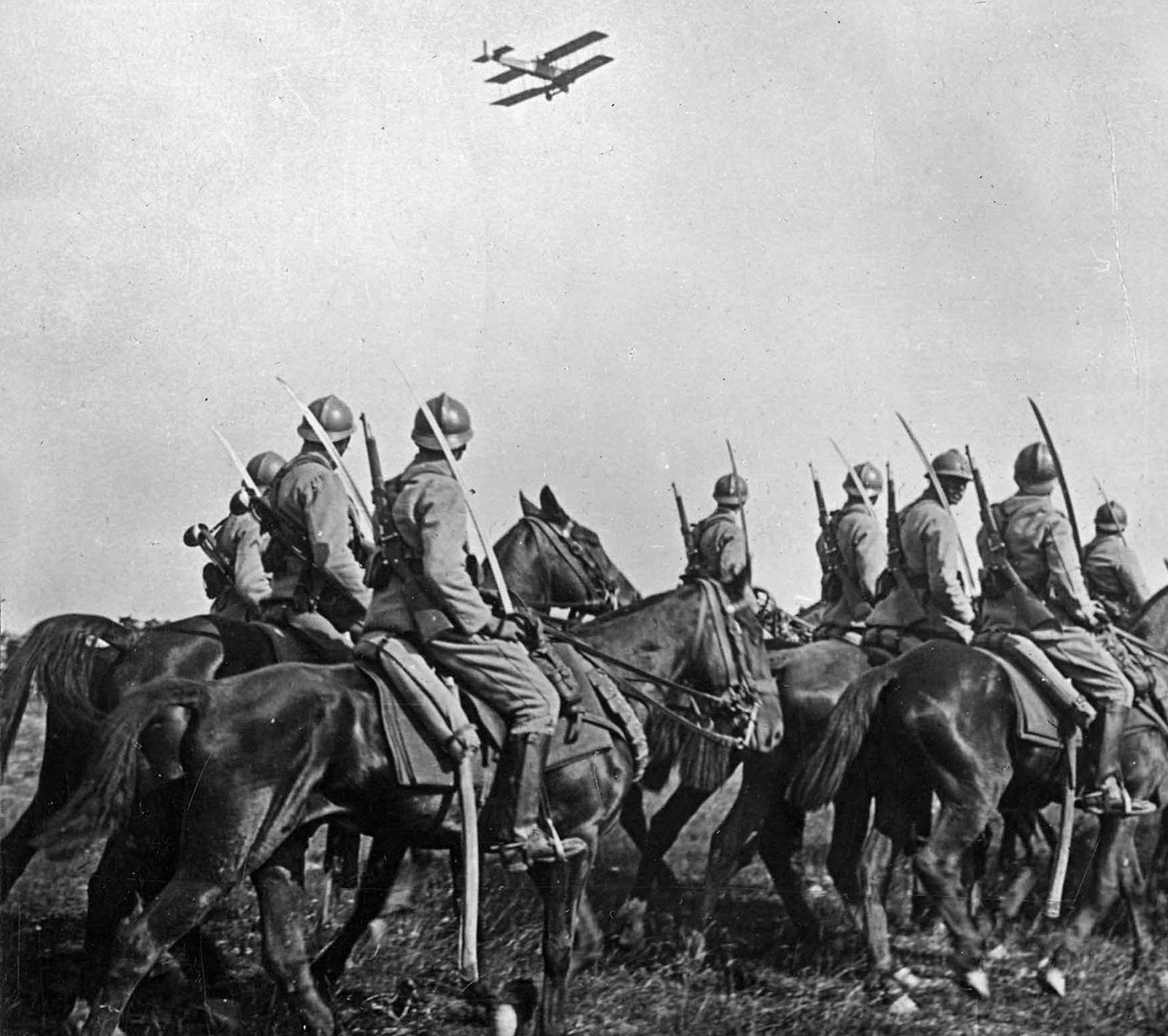 The old and the new in one picture. You can really see the direction warfare was going; only they didn’t know it yet. For the first few months in the war, the French Cuirassiers still wore breastplates and plumed helmets. Soldiers being stuck in the old ways of tactics and equipment whilst the technology that was coming into play would alter the battlefields forever.

In 1914, tactics would have been familiar to commanders of a century ago: troops moved in mass, artillery fired directly over open sights, cavalry scouted for the enemy and exploited opportunities for breakthrough and pursuit.

Until the front lines stabilized, entrenched, and grew encrustations of barbed wire; whereupon it became a static war where it was almost impossible to break through more than the first line of the enemy’s trenches (usually three layers deep). The infantry wore cloth caps, carried bolt-action rifles, and typically had two of the new-fangled “machine guns” per battalion.

By 1918, the equipment and tactics had been transformed. Artillery fired indirect, spotted by forward observers (sometimes airborne) or on ‘map predicted fire’ against targets found by trench raids or air reconnaissance.

The cavalry had become a mobile reserve, using their horses to quickly get to a point where reinforcements were needed but dismounting to fight on foot.

The infantry had dozens of machine guns per battalion, plus hand and rifle grenades and trench mortars, and much more flexibility in both attack and defense. Tanks had gone from unreliable novelties in 1916 to key assets for the break-in and pursuit, creating and exploiting the breach in enemy lines that had previously been impossible.

And aircraft had gone from a handful of unarmed scouts, to a specialized force able to destroy enemy aircraft, provide close air support, reconnaissance, and even the beginnings of tactical and strategic bombing.