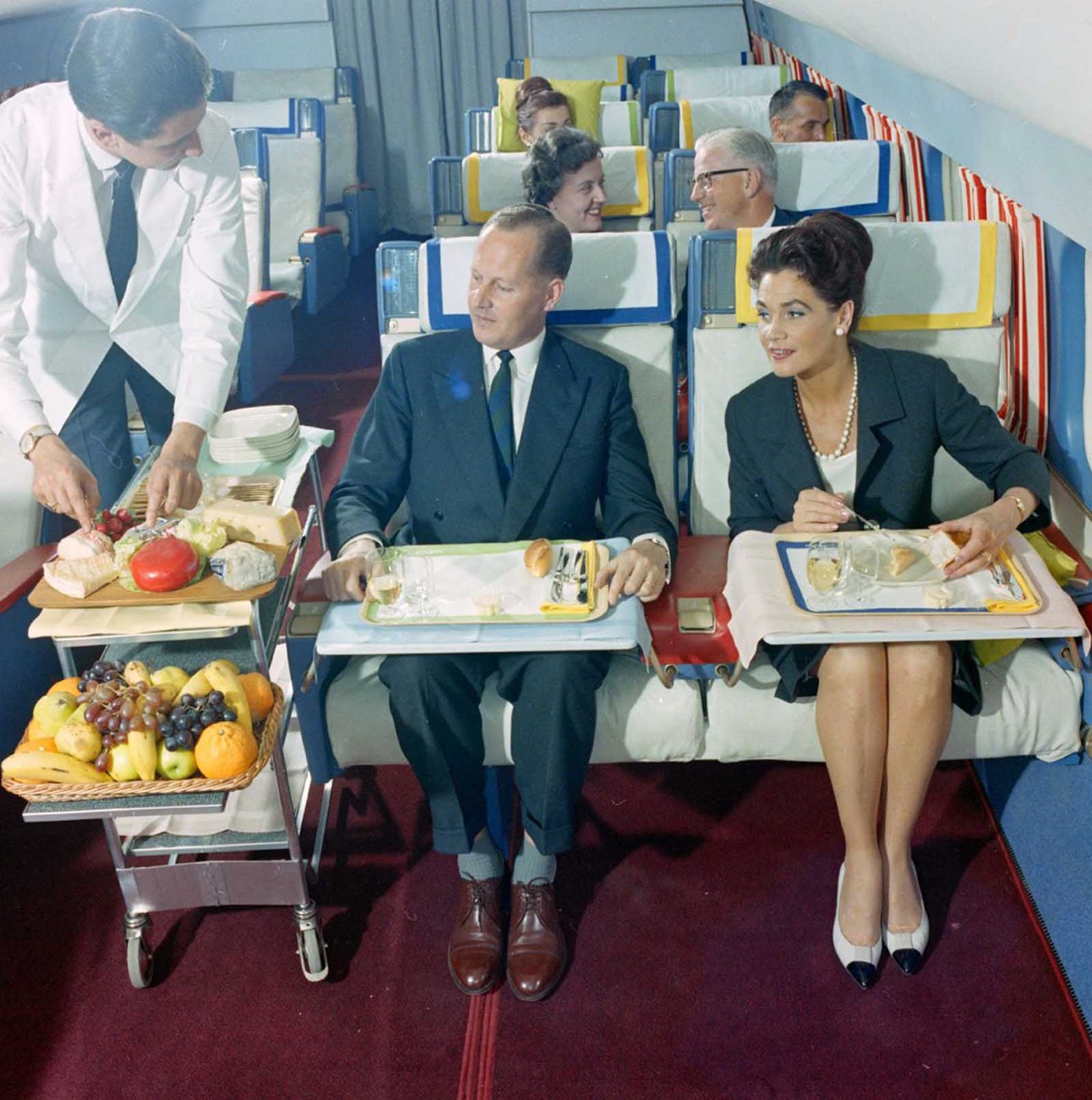 Life was once simpler. There was only one class for passengers on airline flights. Initially, it was a very ‘adventurous’ class – open cockpits and high rates of fatalities.

It then evolved to become comparatively luxurious and ridiculously expensive, even extending to sleeper suites – thought of as a modern introduction but actually dating back to the flying boats of the late 1930s.

But then, in the early 1960s, first class was dialed back in terms of the luxury features offered, although more recently, it is being selectively enhanced once more. 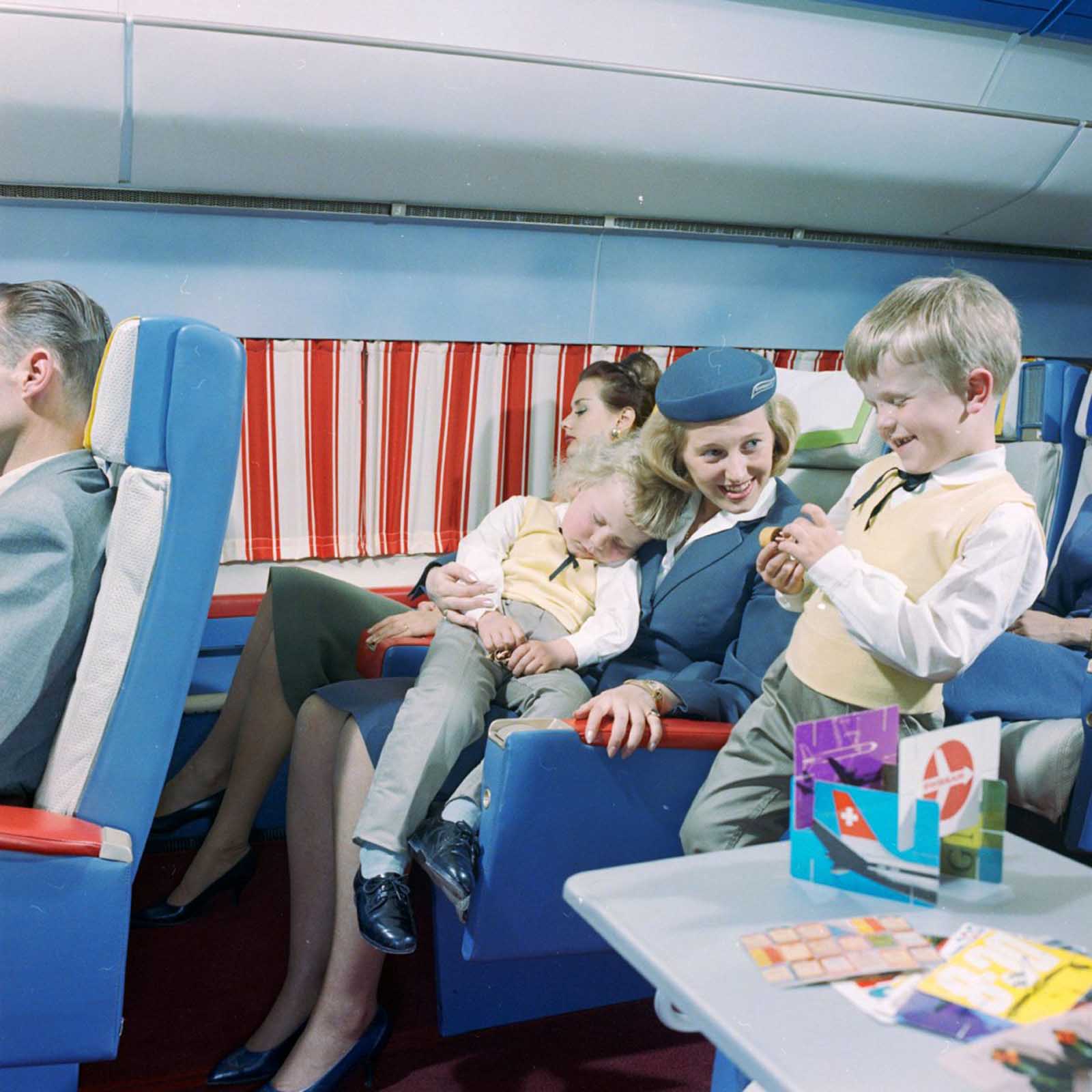 The designers were inspired by the luxury express trains and ocean liners.

Sure, a small percentage of passengers today still enjoy the comfort of first-class, but it’s nothing like it used to be. Worse still, the economy class seats have become cramped hellholes, making these pictures from the 1960s seem even harder to look at.

Still, if you can muster the resolve, it’s an interesting look at the Golden Age of Air Travel (these photographs are via the Swissair archives).

Once onboard, the average passenger, even in economy, had plenty of legroom. In fact, business class today is spatially very similar to what the economy used to be like. Once aboard, all service was complimentary.

And because the stewardess-to-passenger ratio was so much higher back then than it is today, you could expect one to nearly instantly cater to your every (non-salacious) need.

It should also be mentioned that the Golden Age of Flying was an era of sumptuous design, a time in which the flying experience–from the visual look of the cabin to your stewardess’s uniform, right down to the silverware–was imagined by some of the world’s best designers. 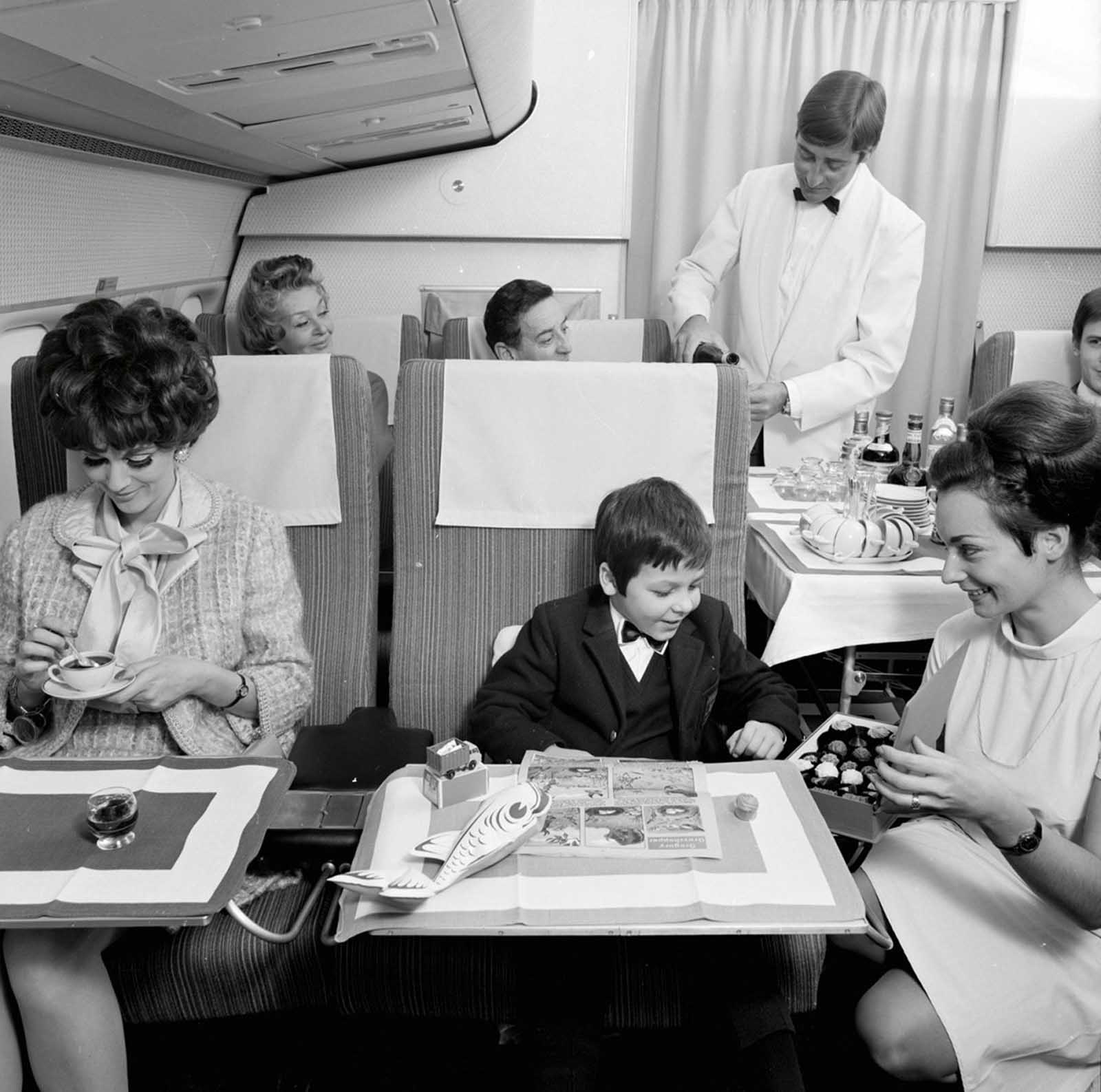 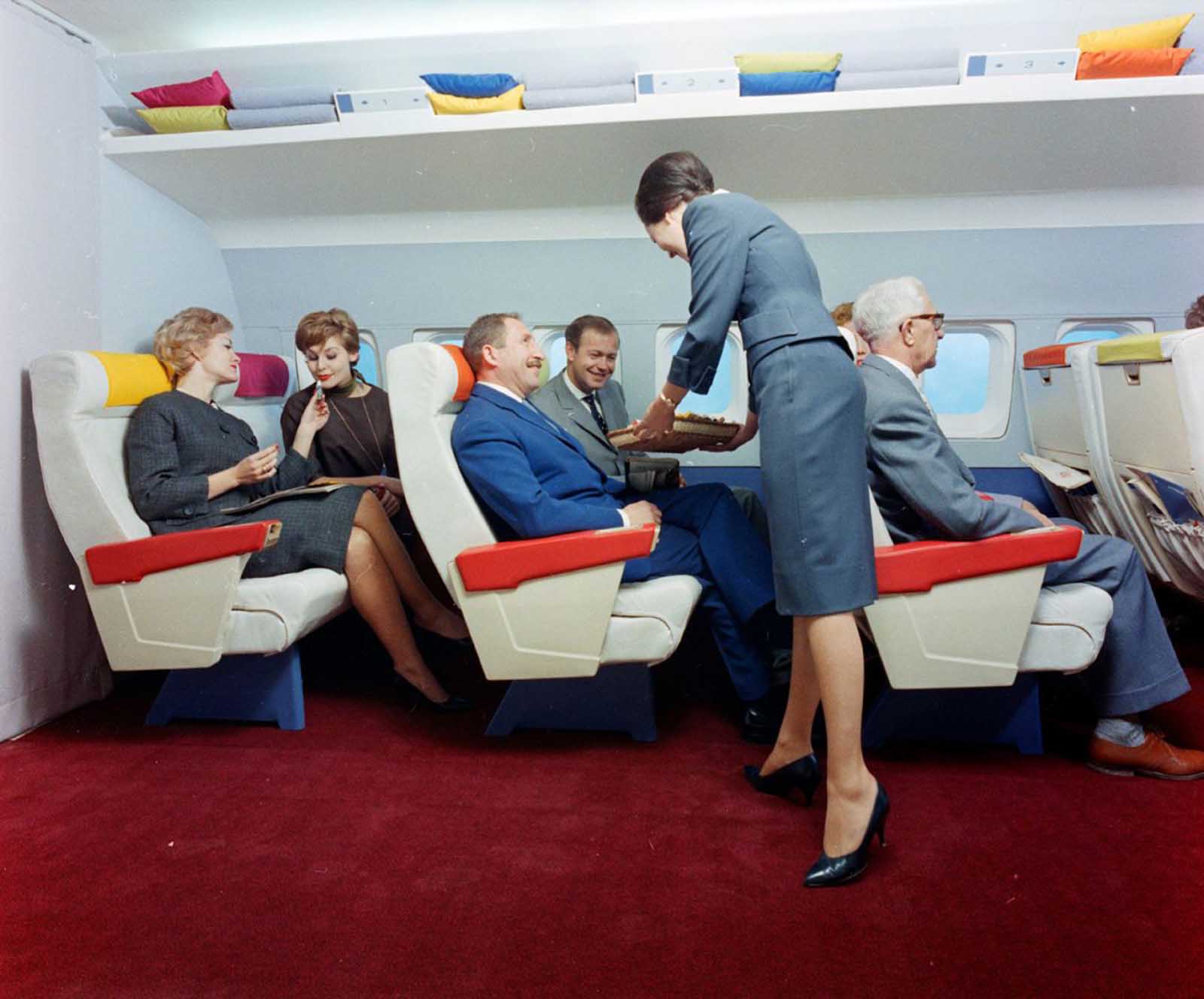 As airplanes evolved the concept of traveling by air became something of potentially broader appeal, and the airlines acted to make air travel more comfortable and more genteel. 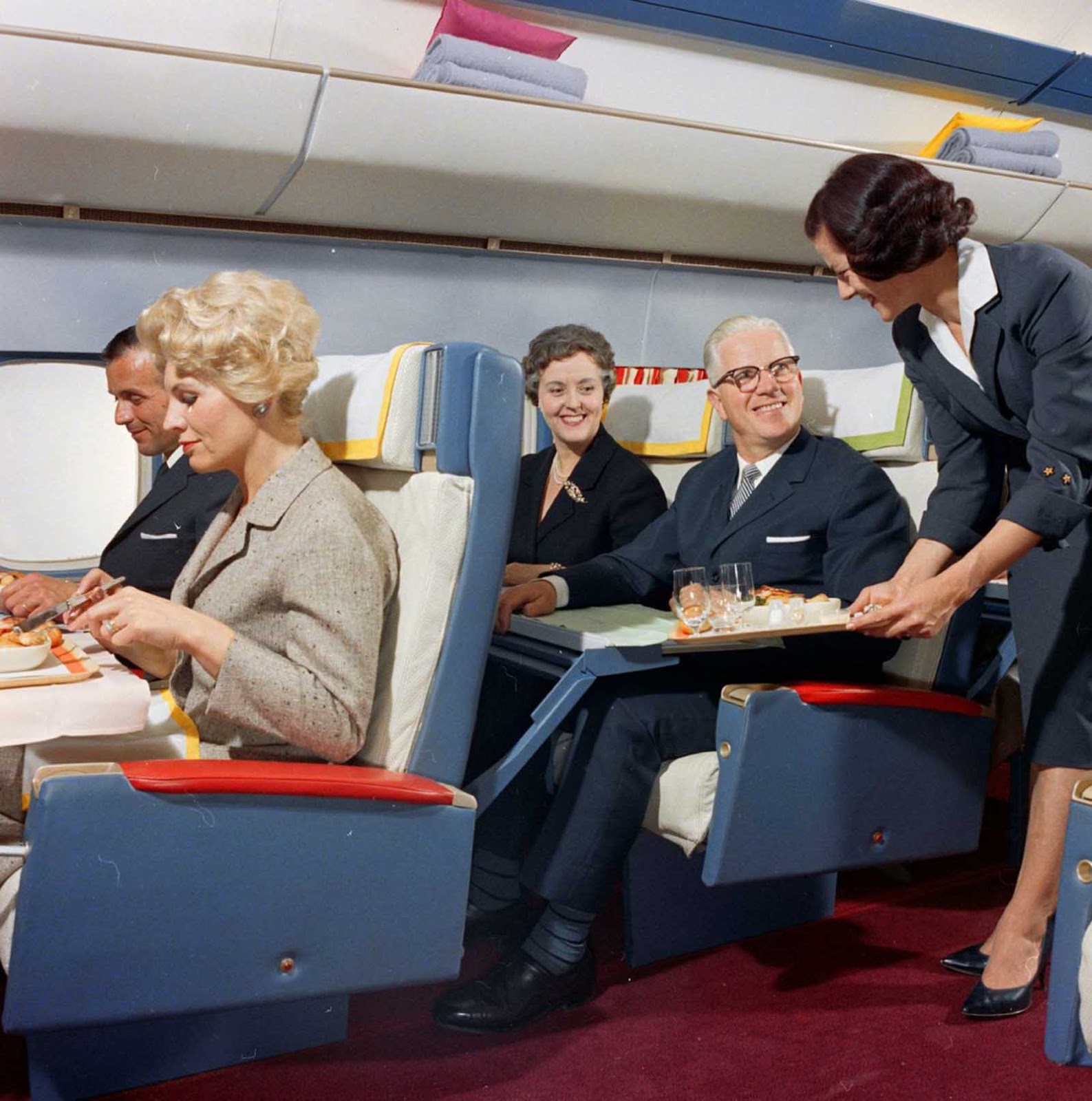 The flight attendants had to show a combination of look, social manners and waitresses skills. 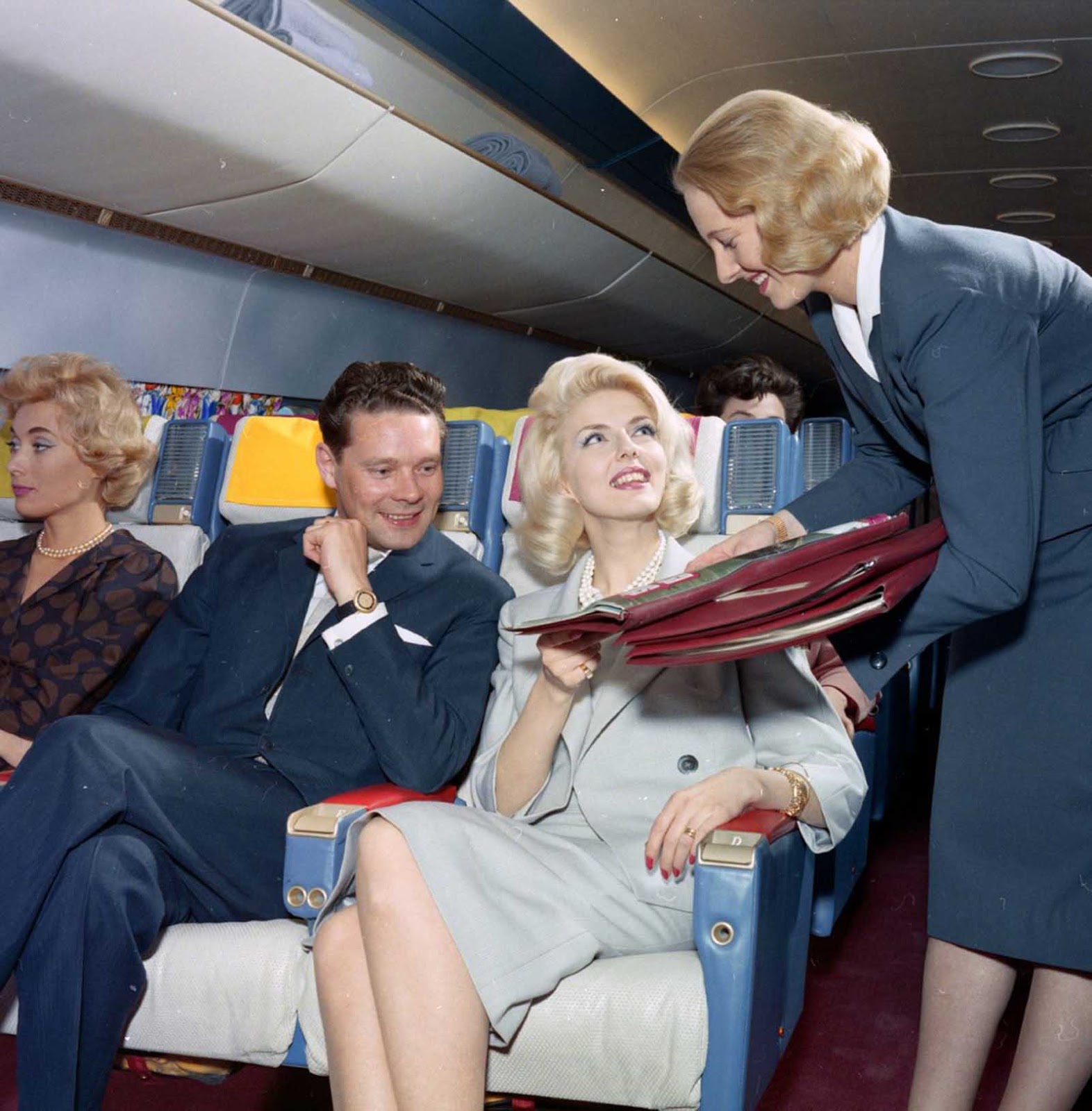 A flight attendant with high fashion hairstyle brings the menu. 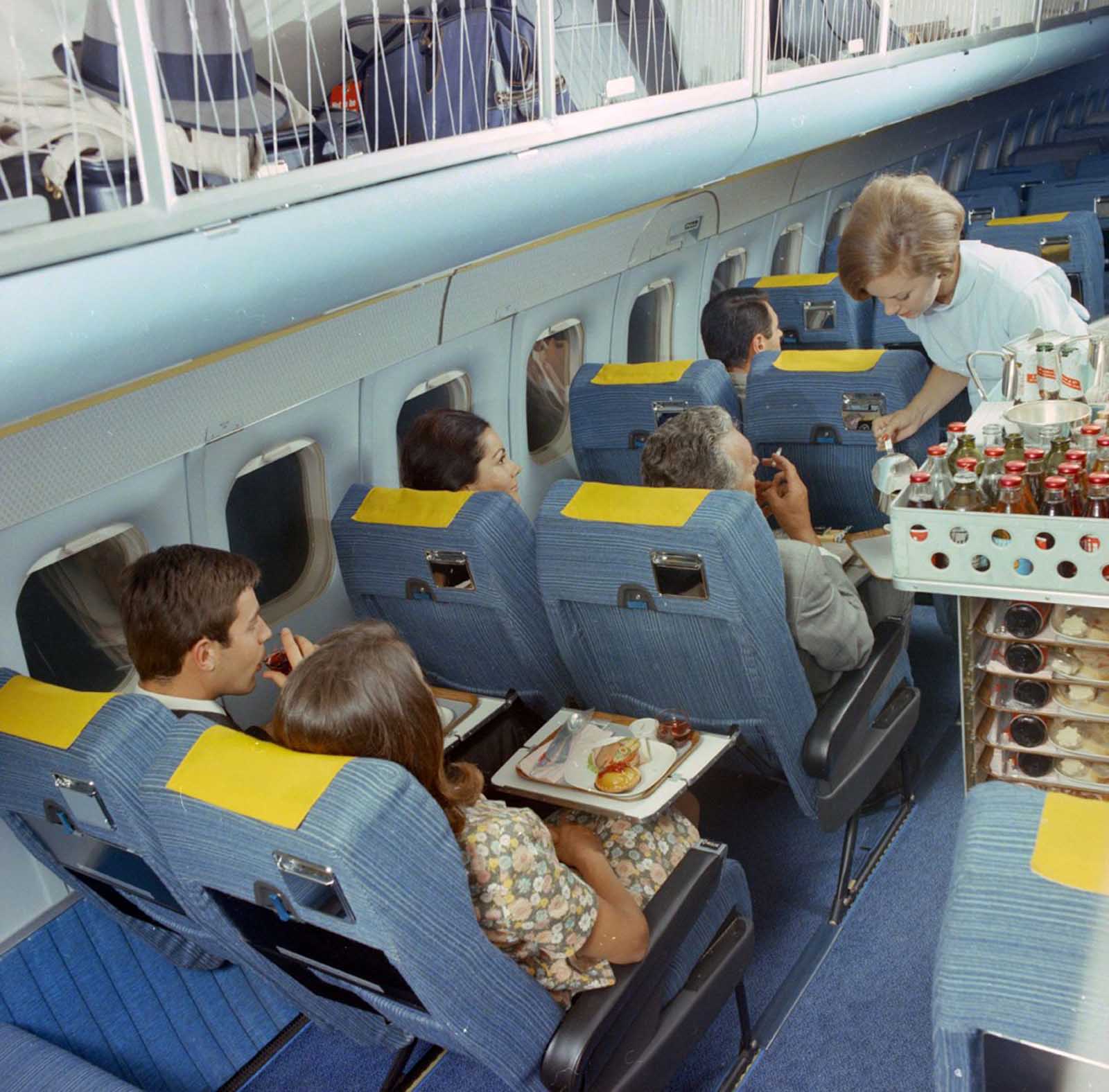 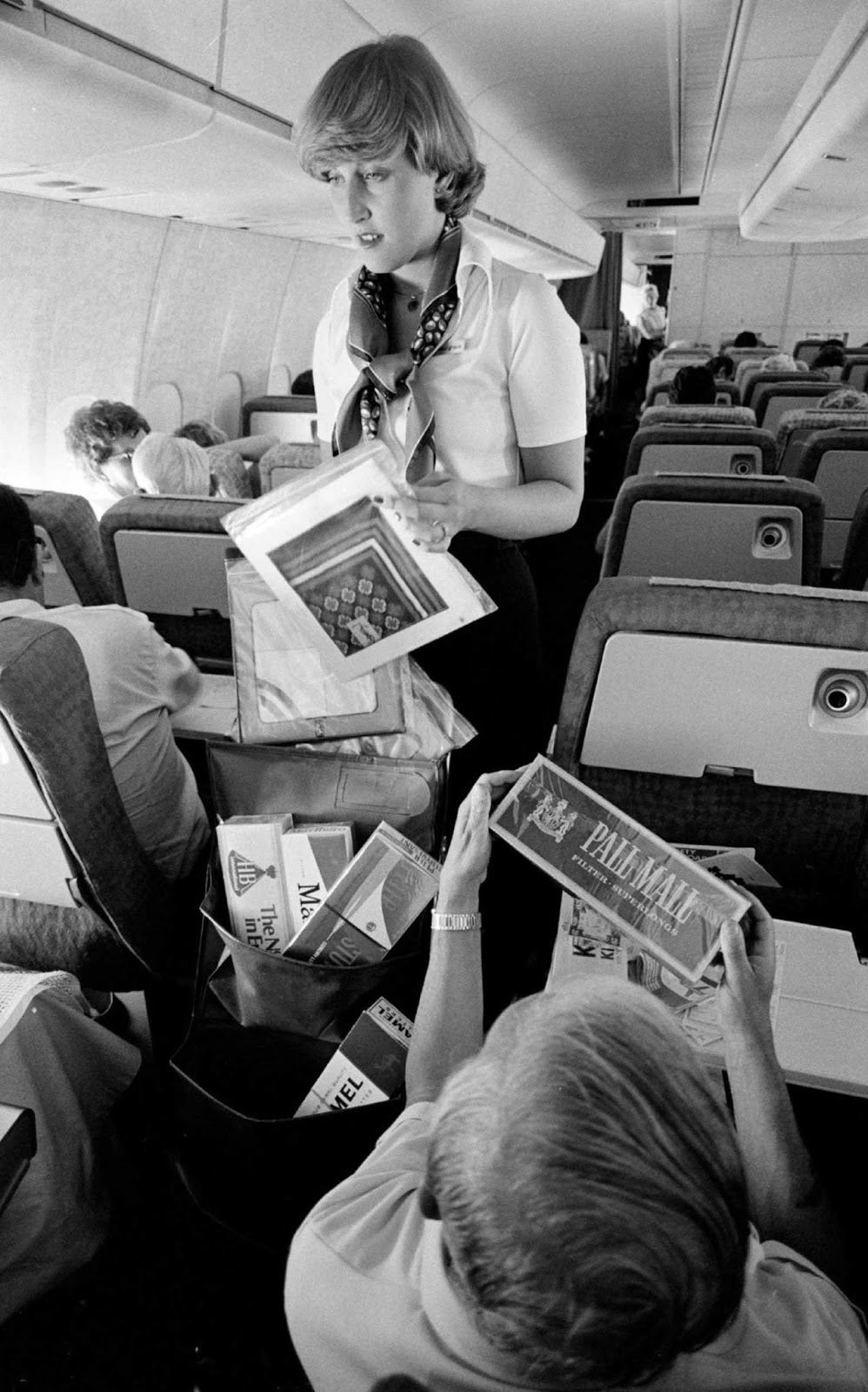 Smoking during the flight was normal. 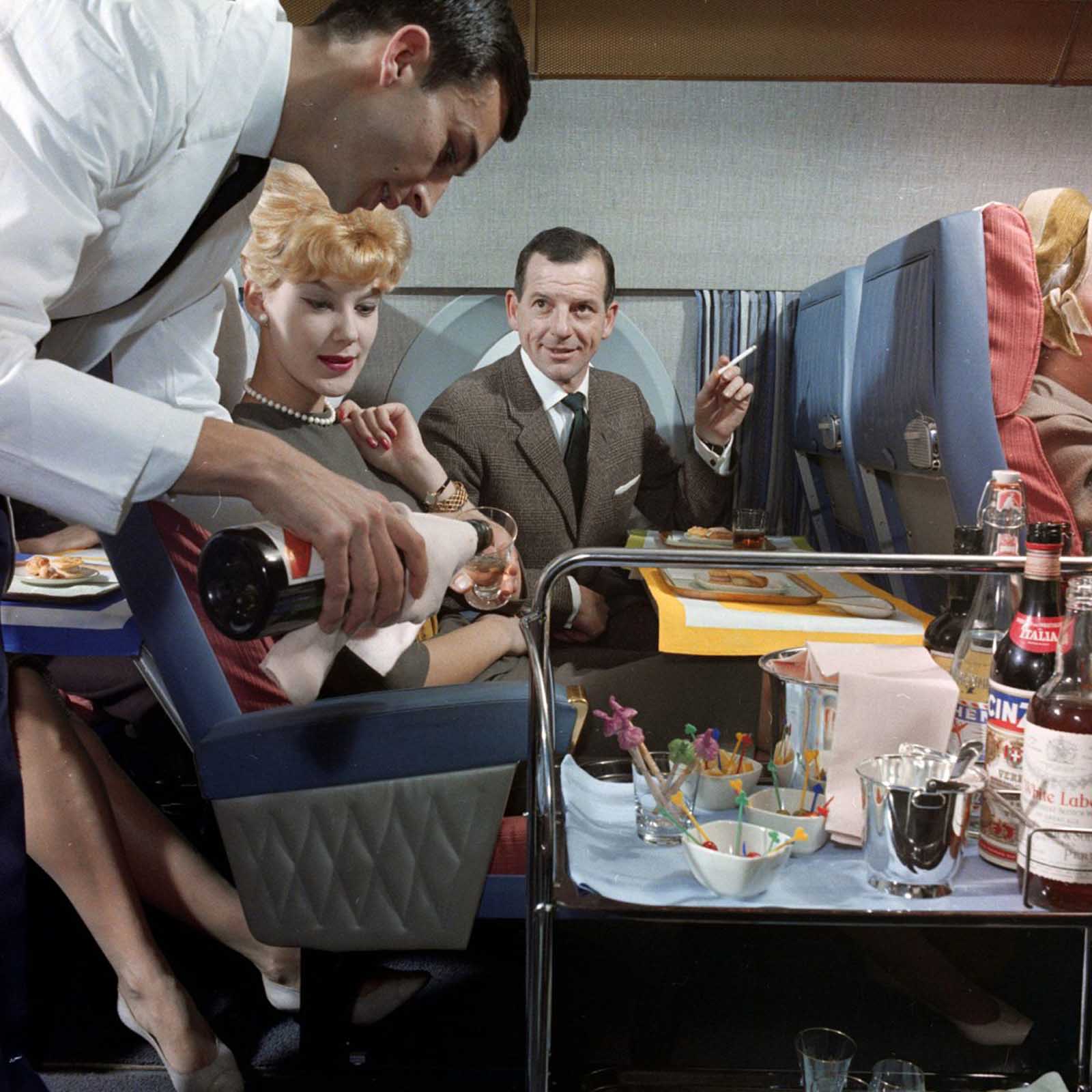 The passengers were offered unlimited alcohol. 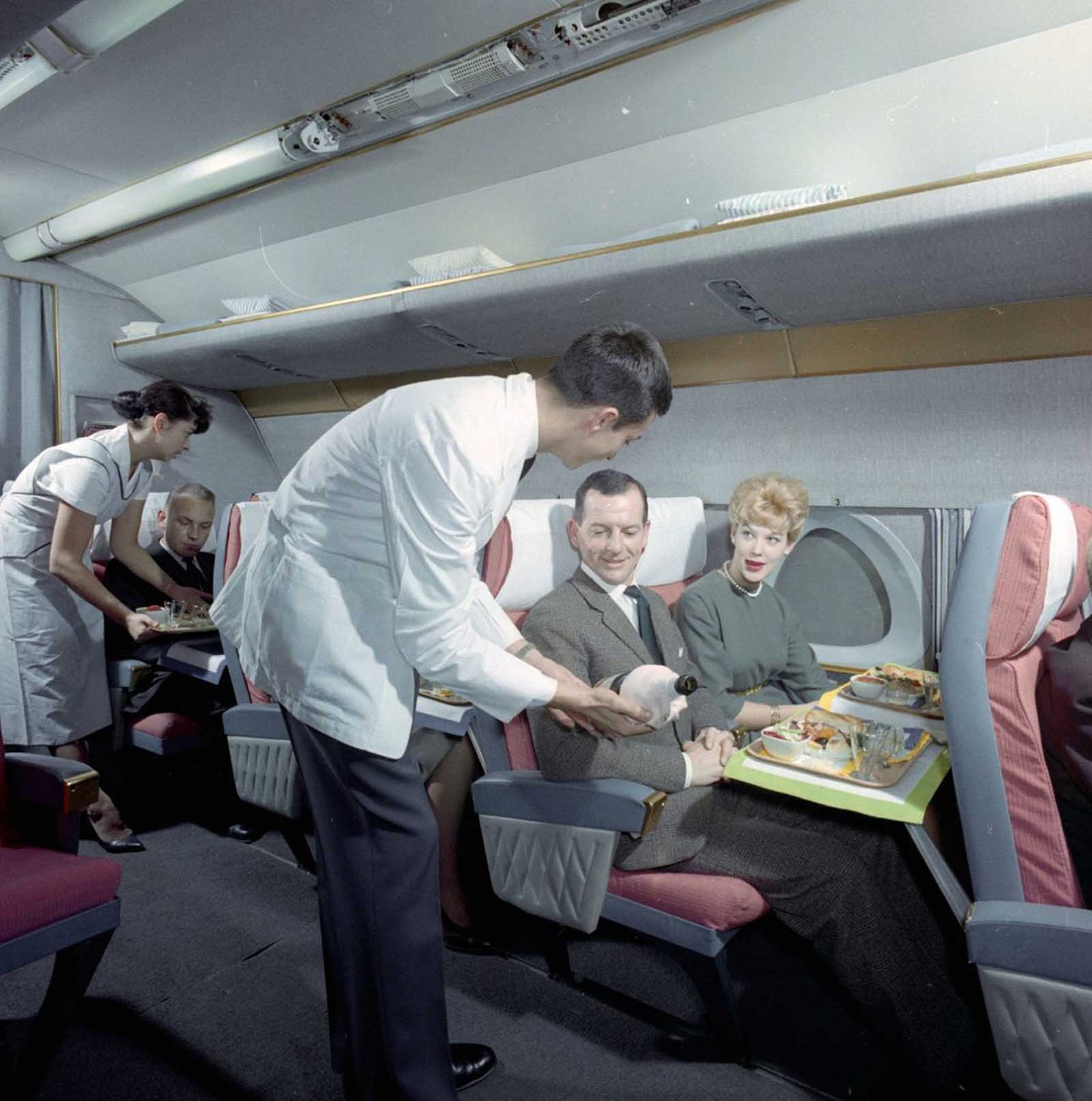 There was a fine selection of wines! 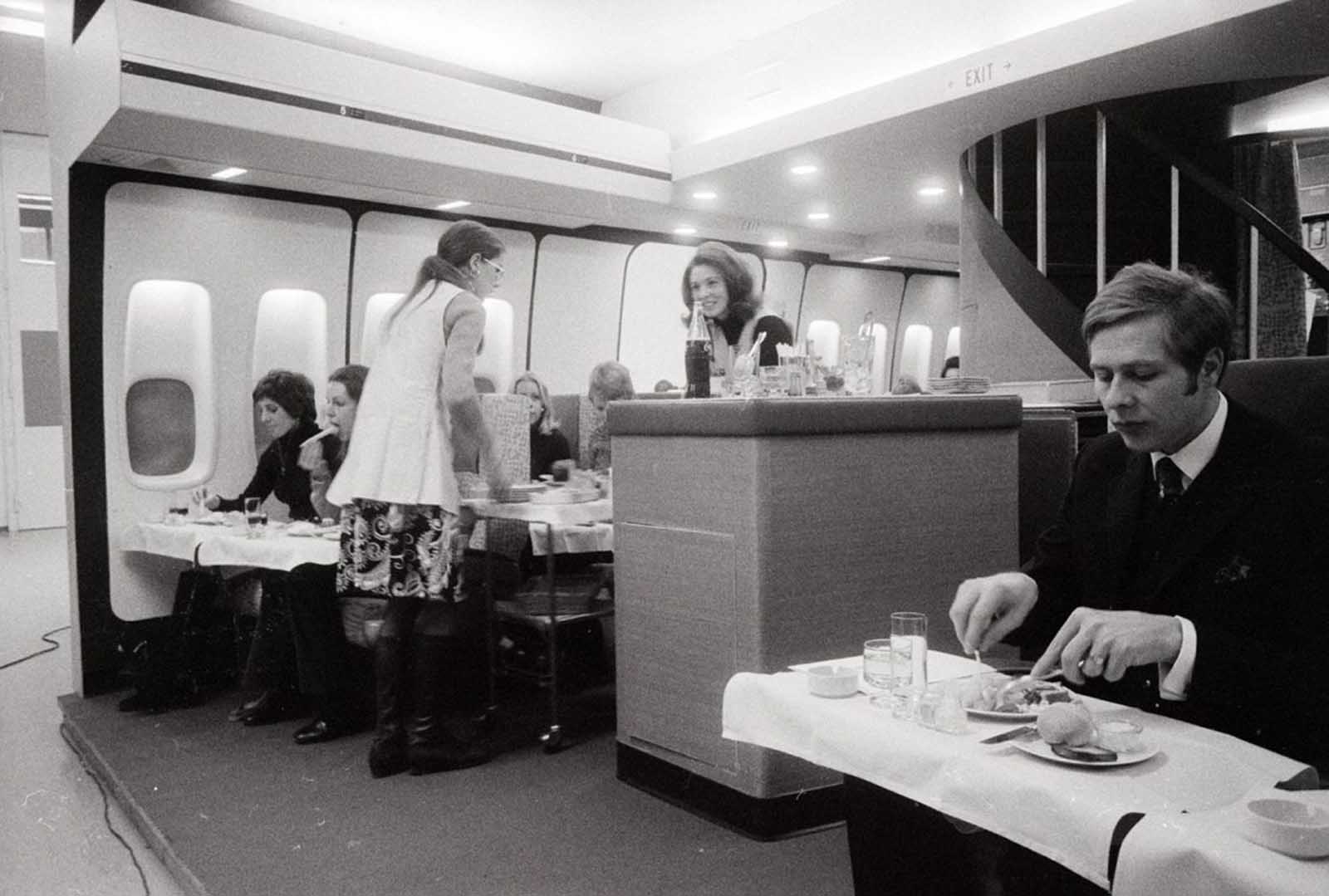 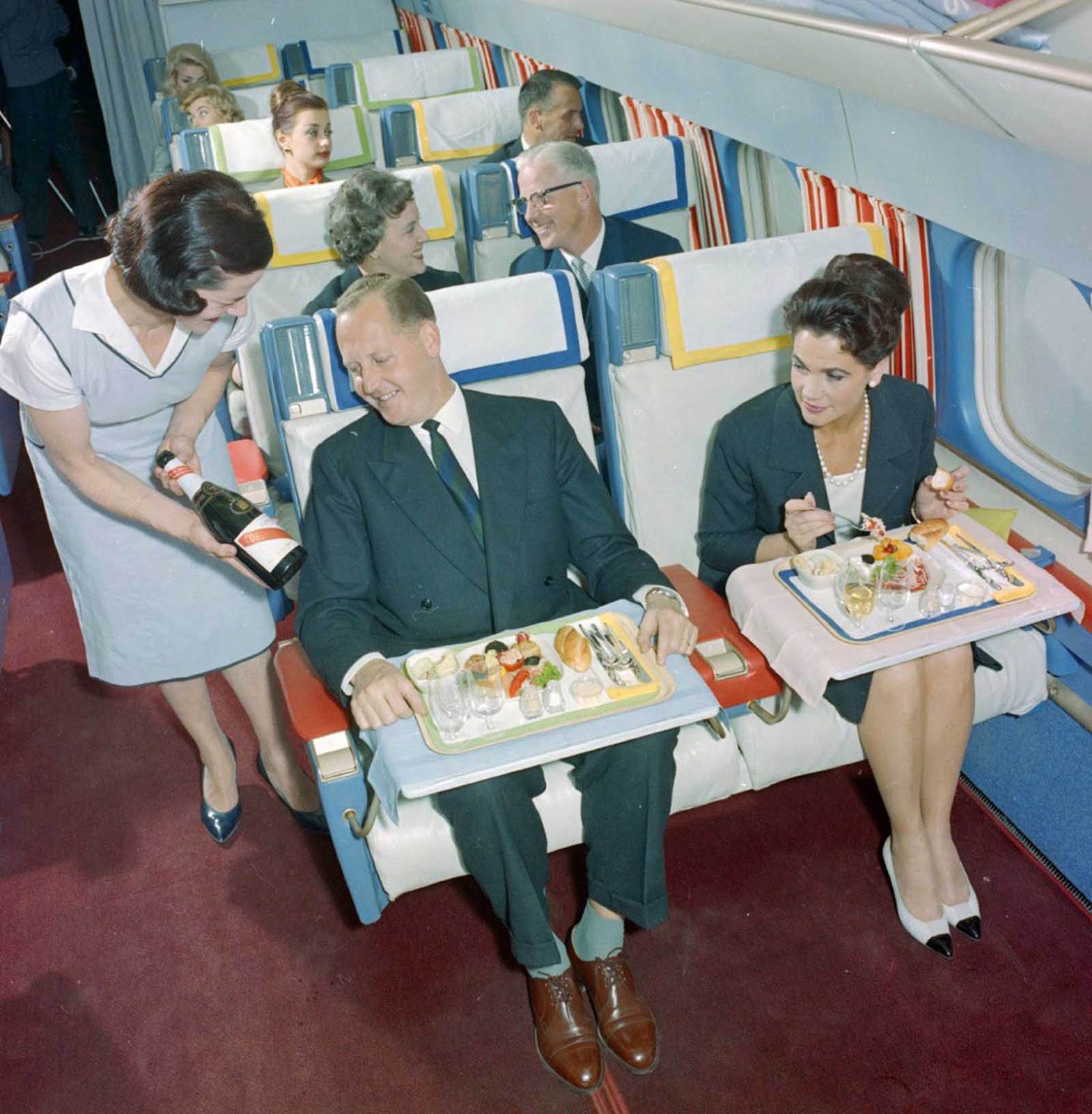 Did anyone get drunk? 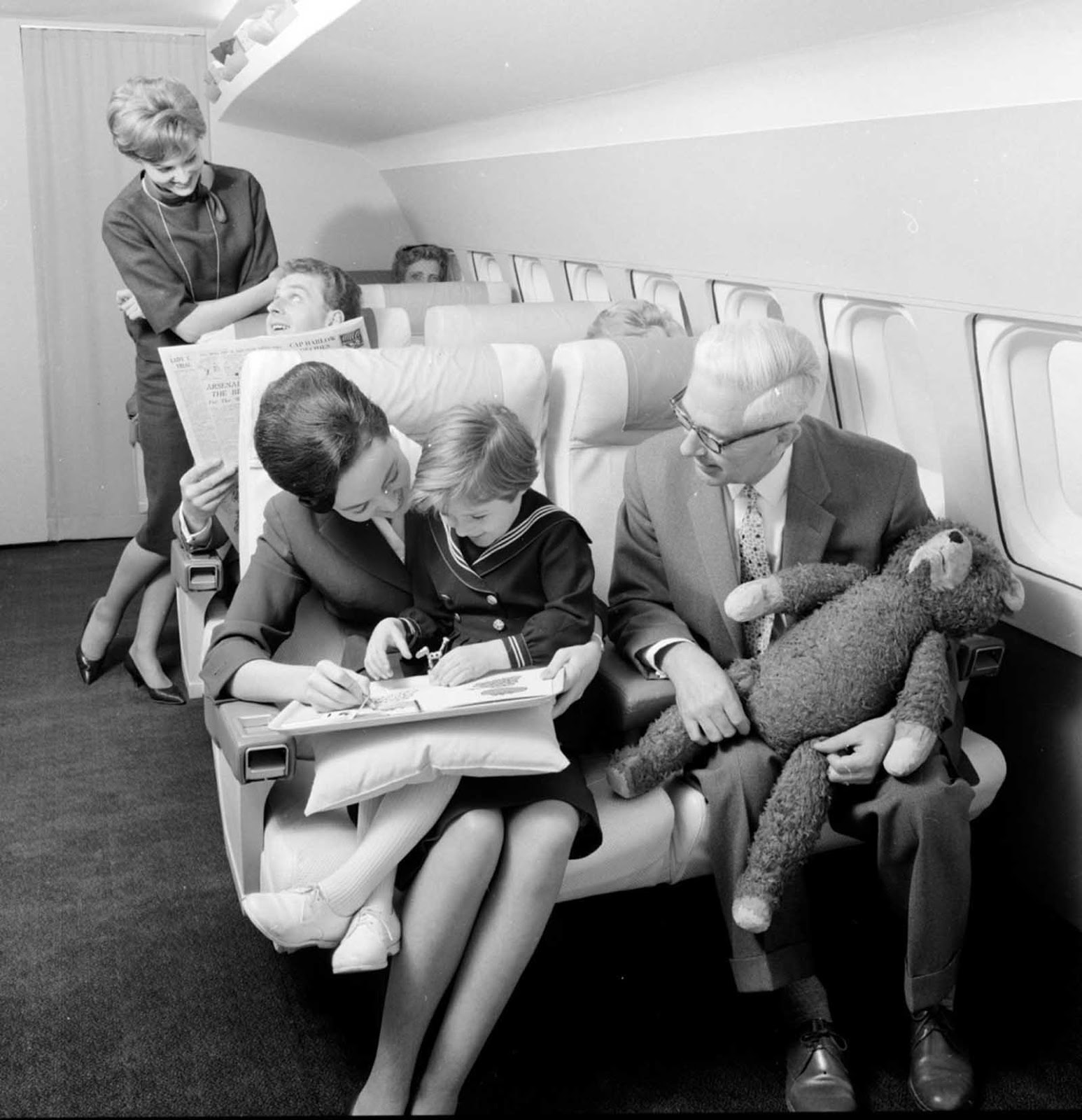 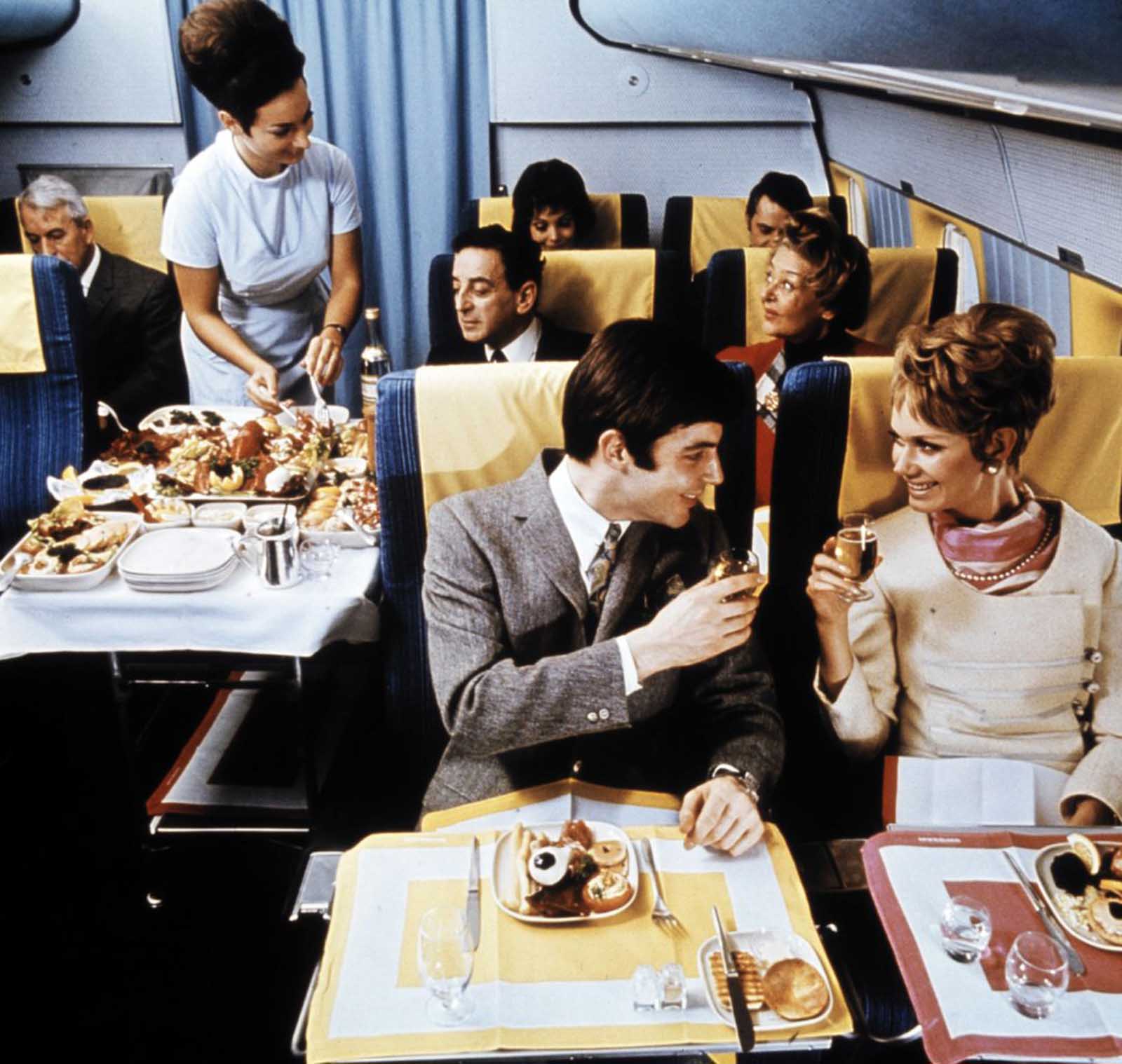 There was a wide variety of food selections offered by these airliners.