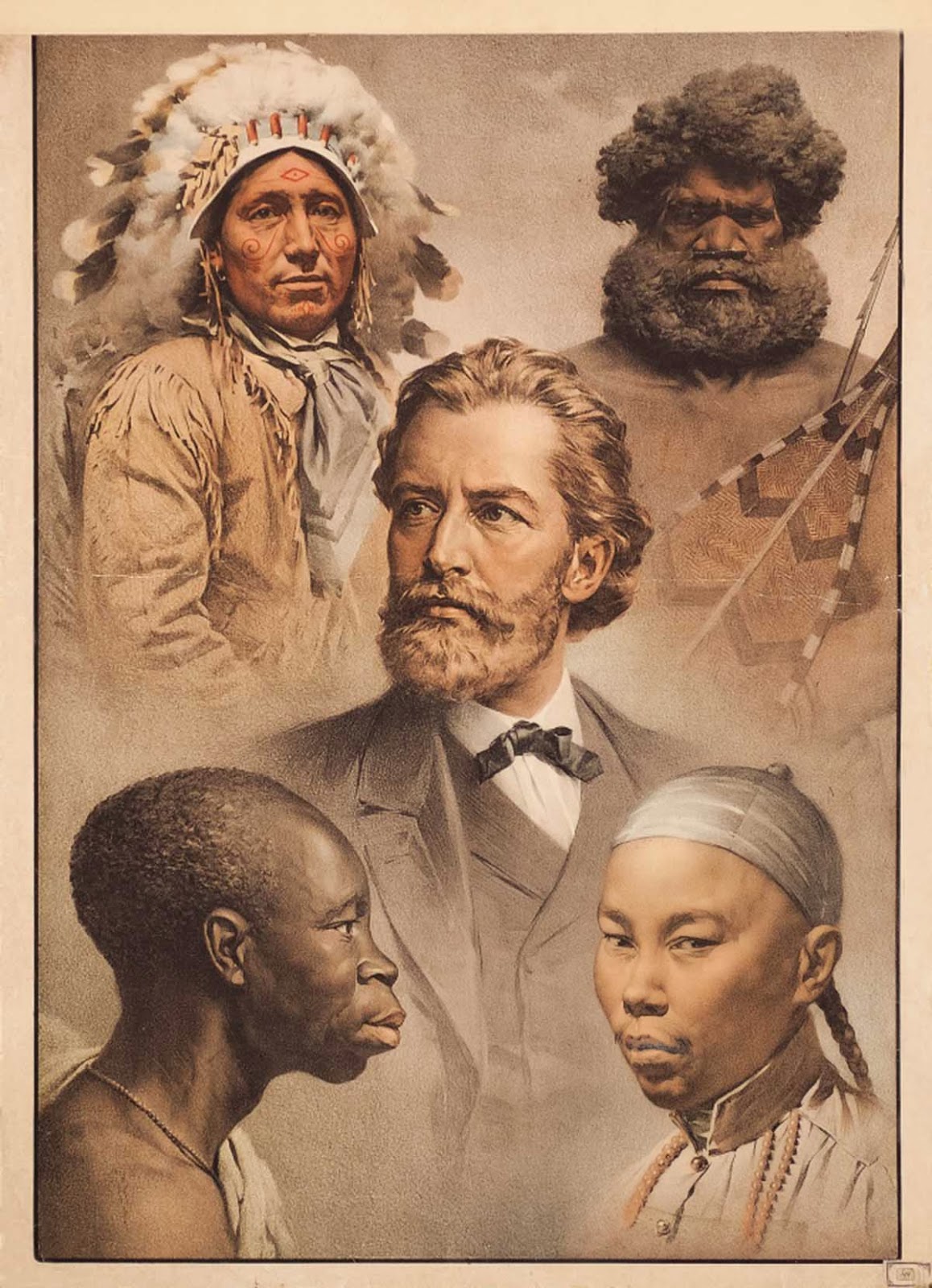 The picture/poster shows five men representing five different cultural spheres: an American Indian, an Australian Aborigine, an African, an Asian, and a European. The European, standing in the center, dominates the scene and thus shows the Eurocentric world view of the time (early 20th century). This poster was printed as an illustration in a Dresden-based German magazine.

It’s widely accepted that race originated in Europe in the early modern period. After that, it was exported to the rest of the world like many other aspects of European culture during the Age of Imperialism.

Prior to the 1400s, the concept of race didn’t really exist and was created mostly by slave traders along the Mediterranean as a means of describing their captives to prospective buyers. Prior to this, the people were generally grouped according to their culture.

The Age of Enlightenment (late 17th century) brought the now widely accepted principles of reason and equality into the public consciousness throughout much of Europe.

These concepts were also the philosophical basis for the establishment of the United States; the Declaration of Independence begins with the bold assertion that “all men are created equal” and “endowed with certain unalienable rights”.

Saying that all men are created equal meant that all people from all races were equal. And here’s where the Enlightenment’s race problem starts. Scholars have been aware for a long time of the curious paradox of Enlightenment thought, that the supposedly universal aspiration to liberty, equality, and fraternity in fact only operated within a very circumscribed universe.

Equality was only ever conceived as equality among people presumed in advance to be equal, and if some person or group fell by definition outside of the circle of equality, then it was no failure to live up to this political ideal to treat them as unequal. This has become a common argument in recent years: that the modern roots of the idea of race lie in the Enlightenment.

George Mosse suggests in his book Towards the Final Solution: A History of European Racism that “Eighteenth-century Europe was the cradle of modern racism” because “racism has its foundations” in the Enlightenment. Enlightenment passion for rationality and scientific classification inevitably led to the idea of racial categories.

The systematization of race concepts during the Enlightenment period brought with it the conflict between monogenism (a single origin for all human races) and polygenism (the hypothesis that races had separate origins). Fortunately, today the theory of races is superseded.