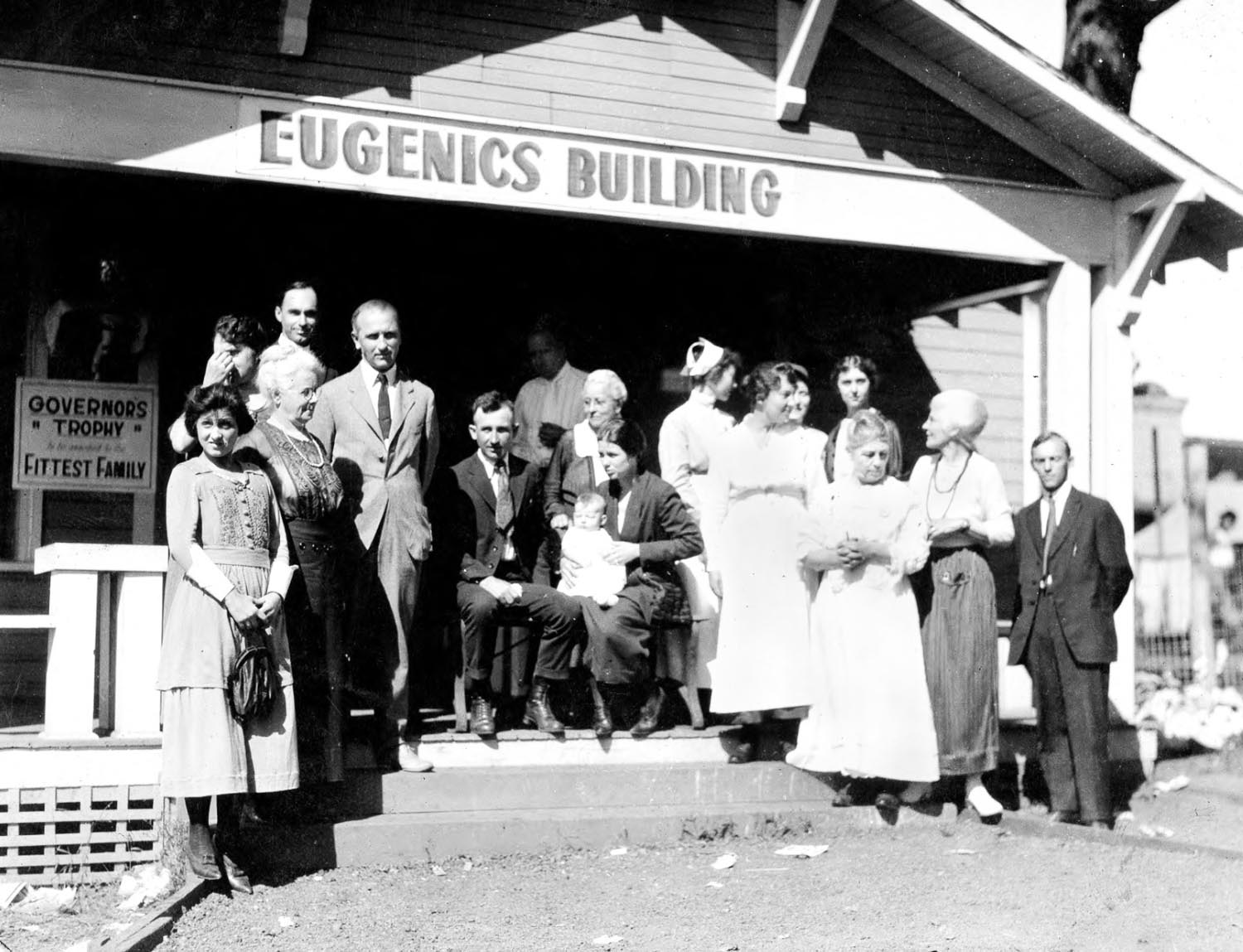 Winning family of a Fitter Family contest stands outside of the Eugenics Building (where contestants register) at the Kansas Free Fair, in Topeka, KS.

The American Eugenics Society presented eugenics exhibits at state fairs throughout the USA and provided information encouraging “high-grade” people to reproduce at a greater rate for the benefit of society. The Society even sponsored Fitter Family contests.

First appearing in 1920 at the Kansas Free Fair, Fitter Family competitions, continued all the way until WWII. There were several different categories that families were judged in the size of the family, overall attractiveness, and health of the family, all of which helped to determine the likelihood of having healthy children. These competitions promoted certain physical and mental qualities.

To compete for the title of a “Fitter Family”, a “healthy” family generally had to provide a family history ahead of time. Then, family members all took a variety of examinations, including a medical exam, syphilis test, and psychiatric evaluation.

The information was entered on an examination form in the form of grades (“A” for “psychiatric”, in one instance, but only “B” for “dental”); other categories were given descriptive answers by the eugenics workers for things such as “physical, mental, or temperamental defects” and “special talents, gifts, tastes, or superior qualities”.

At the time, it was believed that certain behavioral qualities were inherited from your parents. This led to the addition of several judging categories including generosity, self-sacrificing, and quality of familial bonds.

Additionally, there were negative features that were judged: selfishness, jealousy, suspiciousness, high temperateness, and cruelty. Feeble-mindedness, alcoholism, and paralysis were few among other traits that were included as physical traits to be judged when looking at family lineage.

Doctors and specialists from the community would offer their time to judge these competitions, which were originally sponsored by the Red Cross. The winners of these competitions were given a Bronze Medal as well as champion cups.

The perks of entering into the contests were that the competitions provided a way for families to get a free health check-up by a doctor as well as some of the pride and prestige that came from winning the competitions.

Eugenics is a set of beliefs and practices which aims at improving the genetic quality of the human population. It is a social philosophy advocating the improvement of human genetic traits through the promotion of higher rates of sexual reproduction for people with desired traits (positive eugenics), or reduced rates of sexual reproduction and sterilization of people with less-desired or undesired traits (negative eugenics), or both.