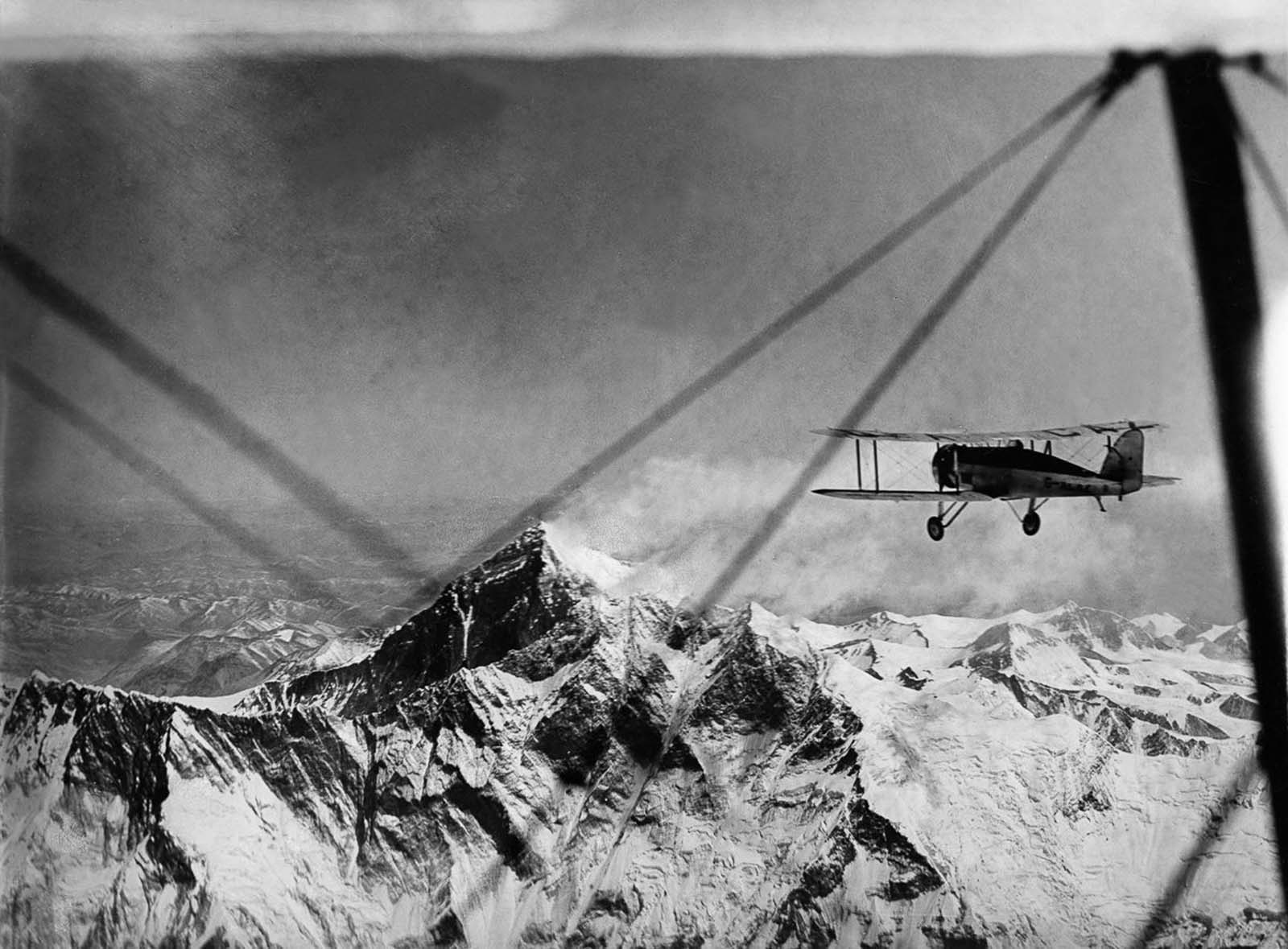 Originally the idea for a flight expedition over Mount Everest was proposed in 1918 by a British mountaineering physiologist, Alexander Kellas in his journal “The Possibility of Aerial Reconnaissance in the Himalaya.”

As a skilled mountaineer and expert in physiology, Kellas believed that with the right precautions and the right equipment, given time, they could establish a means to not only fly planes competently at such extreme altitudes but also take useful reconnaissance photographs.

However, it would take another 15 years for the technology to catch up. The attempt could not be made without significant funding and in September 1932 Lord Clydesdale visited Lady Houston at her Scottish shooting estate, Kinrara, to ask her to fund the expedition. He impressed her by dressing in his kilt for dinner.

The strongly nationalistic Lady Houston was delighted with the idea that Clydesdale put forward, that the conquering of Everest by air would strengthen British rule in India. She agreed to fund the expedition and would remain closely involved at all stages, from England.

In November 1932, the team chose two modified Westland Wallace aircraft for the expedition. The two-seat aircraft had open cockpits and were equipped with Bristol Pegasus S3 engines.

Lord Clydesdale flew a modified Westland PV-3 accompanied by Colonel Blacker while Lieutenant MacIntyre and Photographer Bonnett followed in a PV-6 model prototype. Both received modifications, including hearing and oxygen equipment. Both aircraft would become the first to fly over Everest. 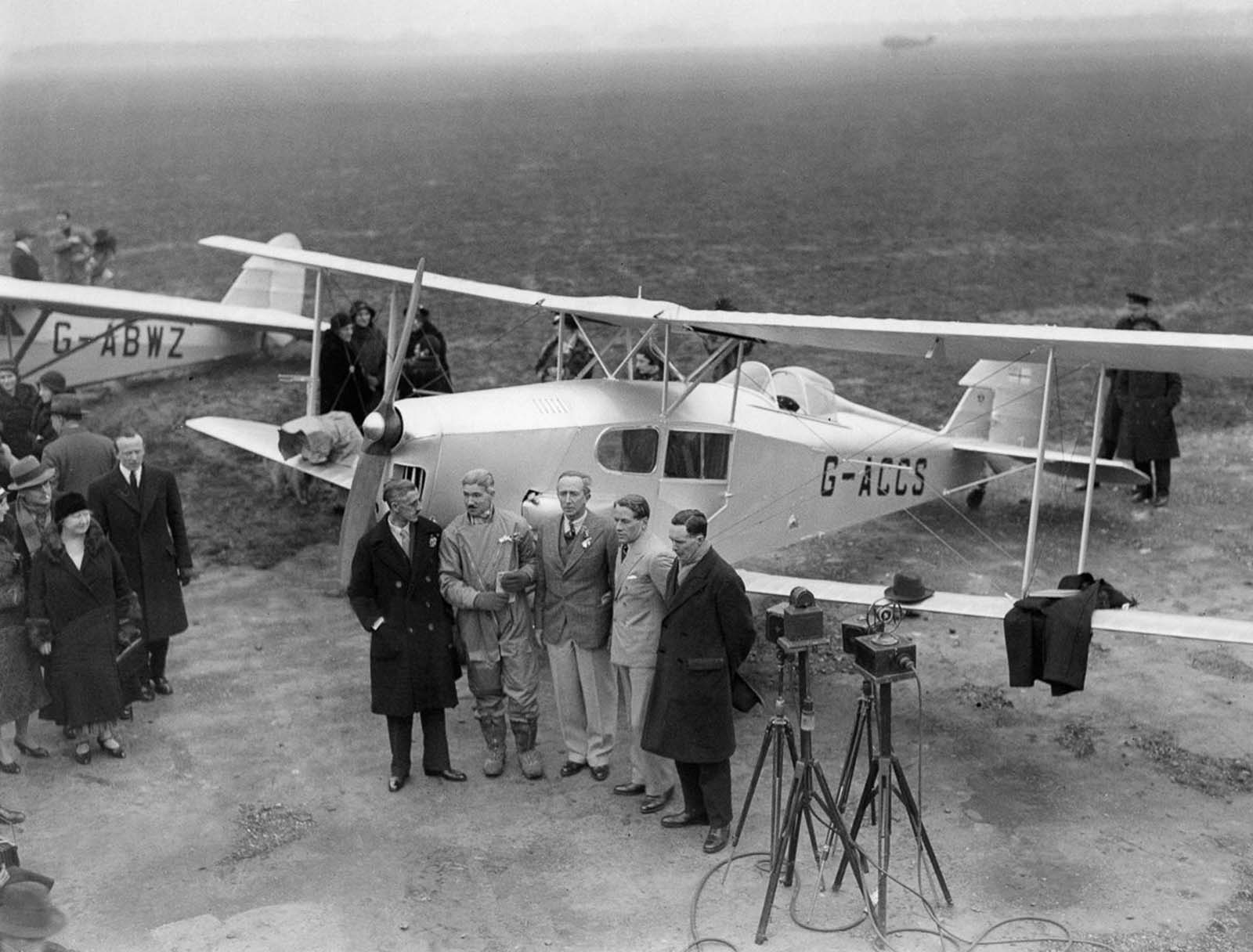 Expedition members give a statement before departing London.

The planners had to tackle the critical problems of supplying the airmen with oxygen and keeping them warm above 30,000 feet. With weight a crucial factor, it was fortunate that Vickers Armstrong was able to supply lightweight oxygen cylinders made from a new type of alloy steel. The movie and still cameras were another heavy addition to the cargo, with each film spool alone weighing 5 pounds.

For protection against the extreme cold, the airmen were outfitted with cumbersome double-layered, electrically heated flying suits, as well as heated gloves and goggles.

The tiny aperture in each airman’s oxygen regulating valve, which was susceptible to blocking by particles of ice or small insects, represented a worrisome vulnerability.

By late March, the expedition was established at Lalbalu airfield, Purnia, in the northern Indian state of Bihar, about 50 miles south of Everest, ready and waiting for a favorable weather report. The forecast for April 3 was for winds of 67 mph at 28,000 feet, well above the prescribed limit of 40 mph.

Shortly after takeoff they encountered a heavy dust haze rising to a great height that completely obscured the ground leading up to the higher mountain ranges. Some 30 minutes later at 30,000 feet, battling fearsome headwinds, they gained their first sight of Everest. 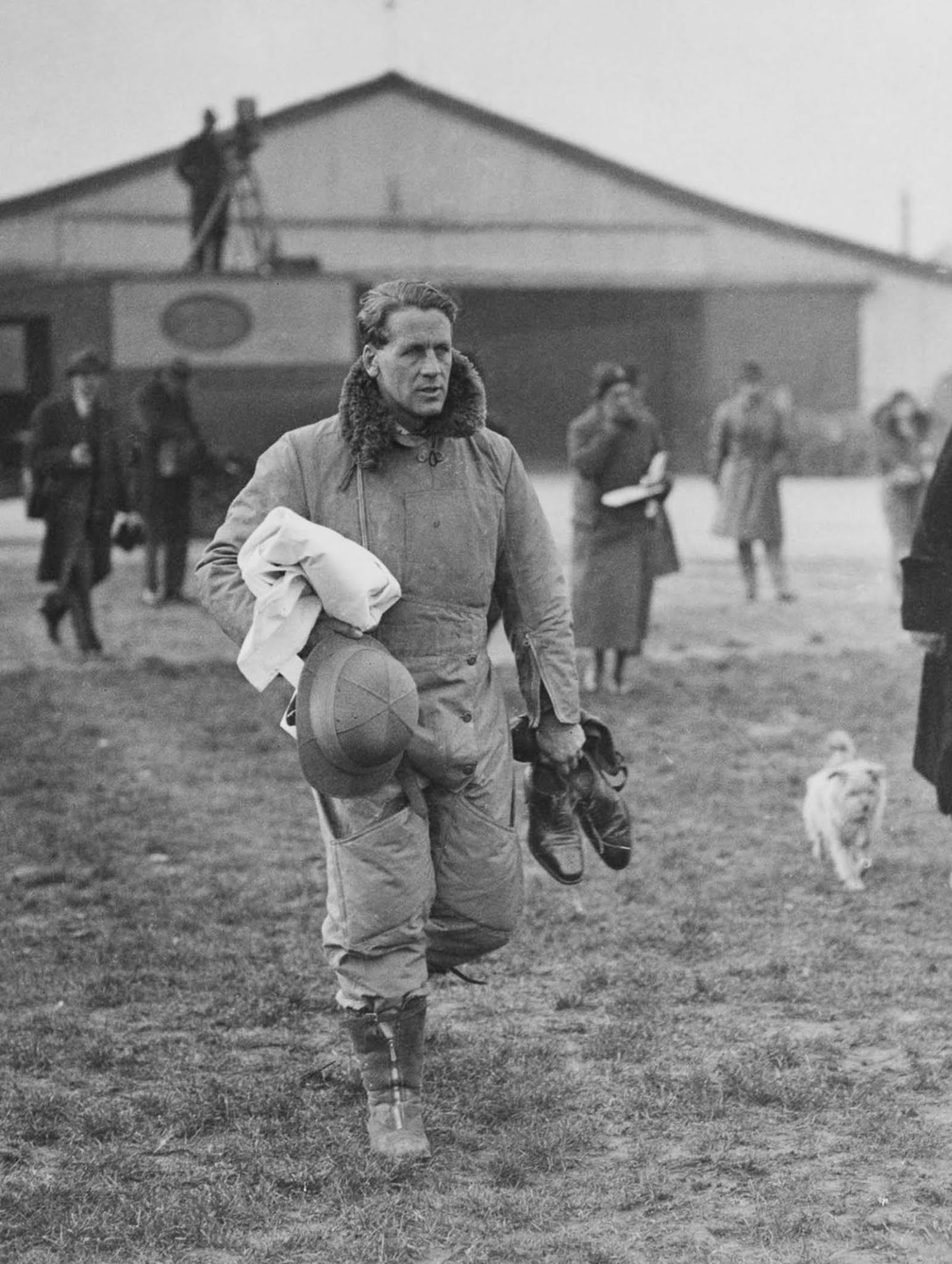 Lord Clydesdale heads to his plane as the expedition sets out from England.

At one point in the flight, Bonnett felt faint and experienced shooting pains in his stomach. He paused filming and sat down inside the cabin, where he discovered a gaping fracture in his oxygen line. He quickly tied a handkerchief around the breach, and was able to resume his duties without losing consciousness.

The first expedition could not obtain clear photographs because of dust. They made another attempt on April 19, 1933, the pictures of which assisted Edmund Hillary and Tenzing Norgay to the top of Mount Everest.

The camera used was a Williamson Automatic Eagle III which took photographs of the surface at specific intervals as the airplanes flew over known survey locations with the aim of obtaining a photographic mosaic of the terrain and an accurate map. The photographs of the expedition were made public in 1951.

Their successful flight over Everest made the men heroes. Lord Clydesdale was awarded the Air Force Cross and Bonnett’s footage was cut into the Academy Award-winning documentary Wings Over Everest. 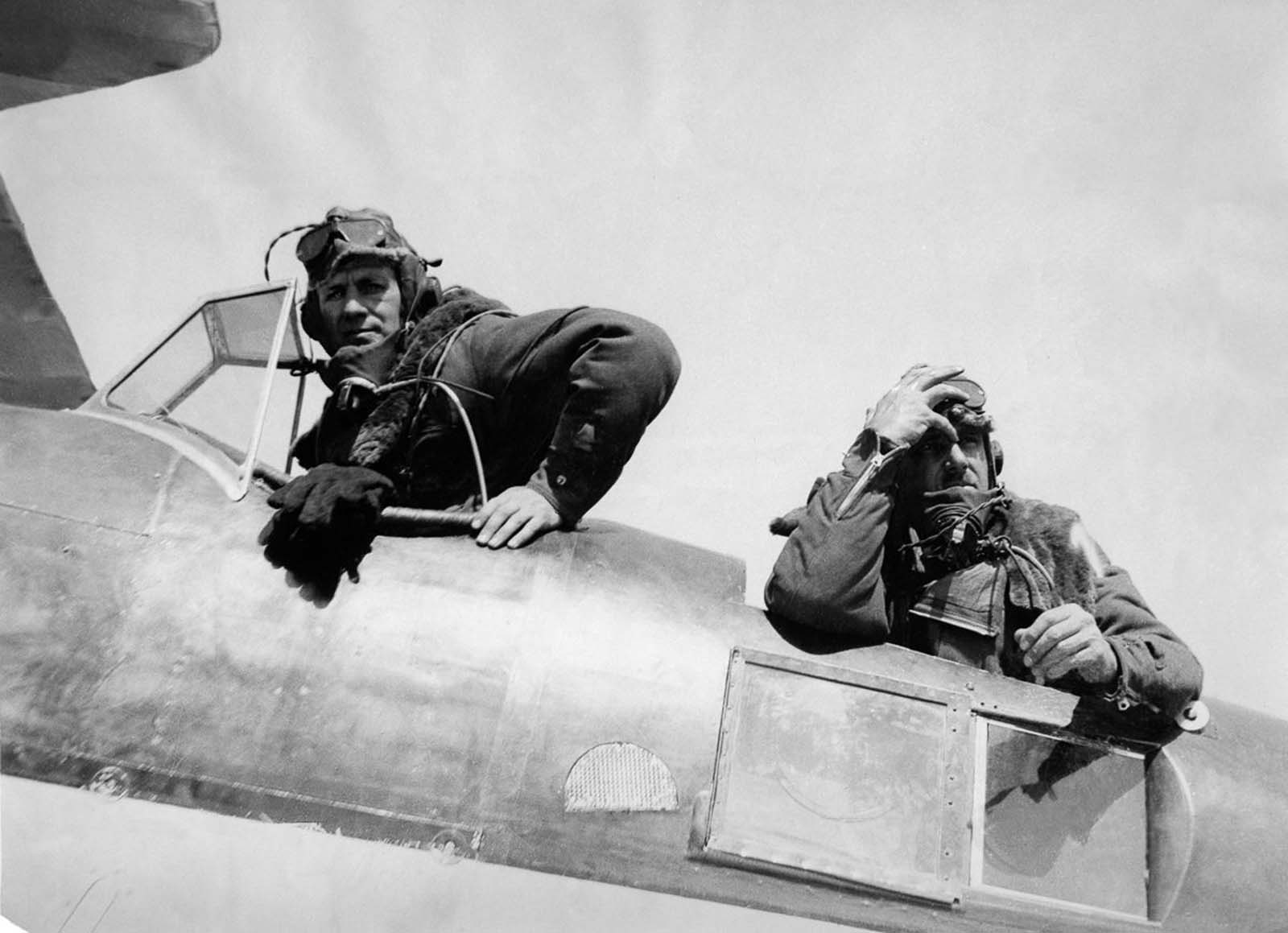 Lord Clydesdale and Colonel Stewart Blacker prepare to set out from the airport at Purnea, India. 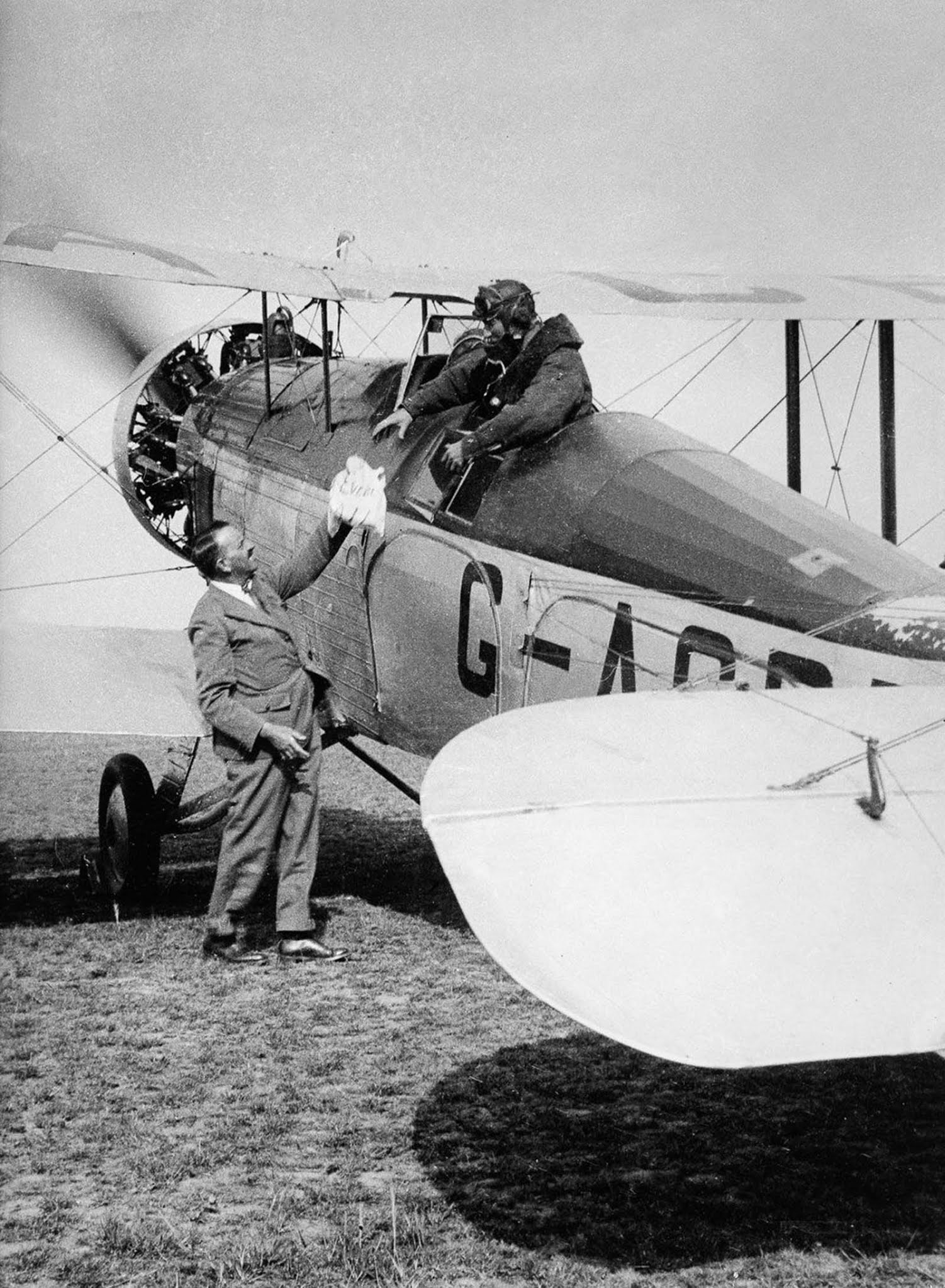 Colonel P.T. Etherton passes the expedition crew a bag of “Everest mail” before they set out for the mountain. 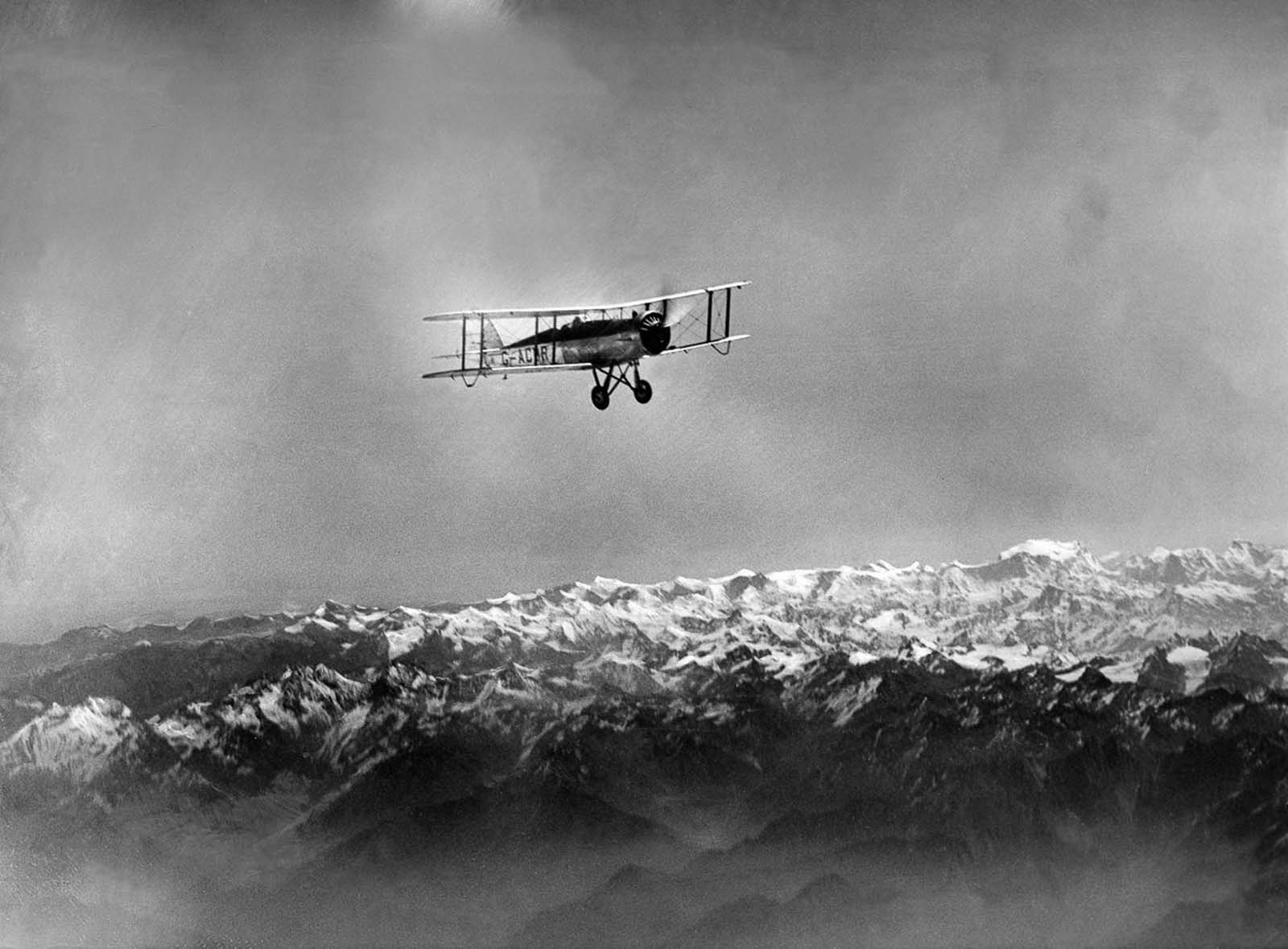 Above the Roof of the World. 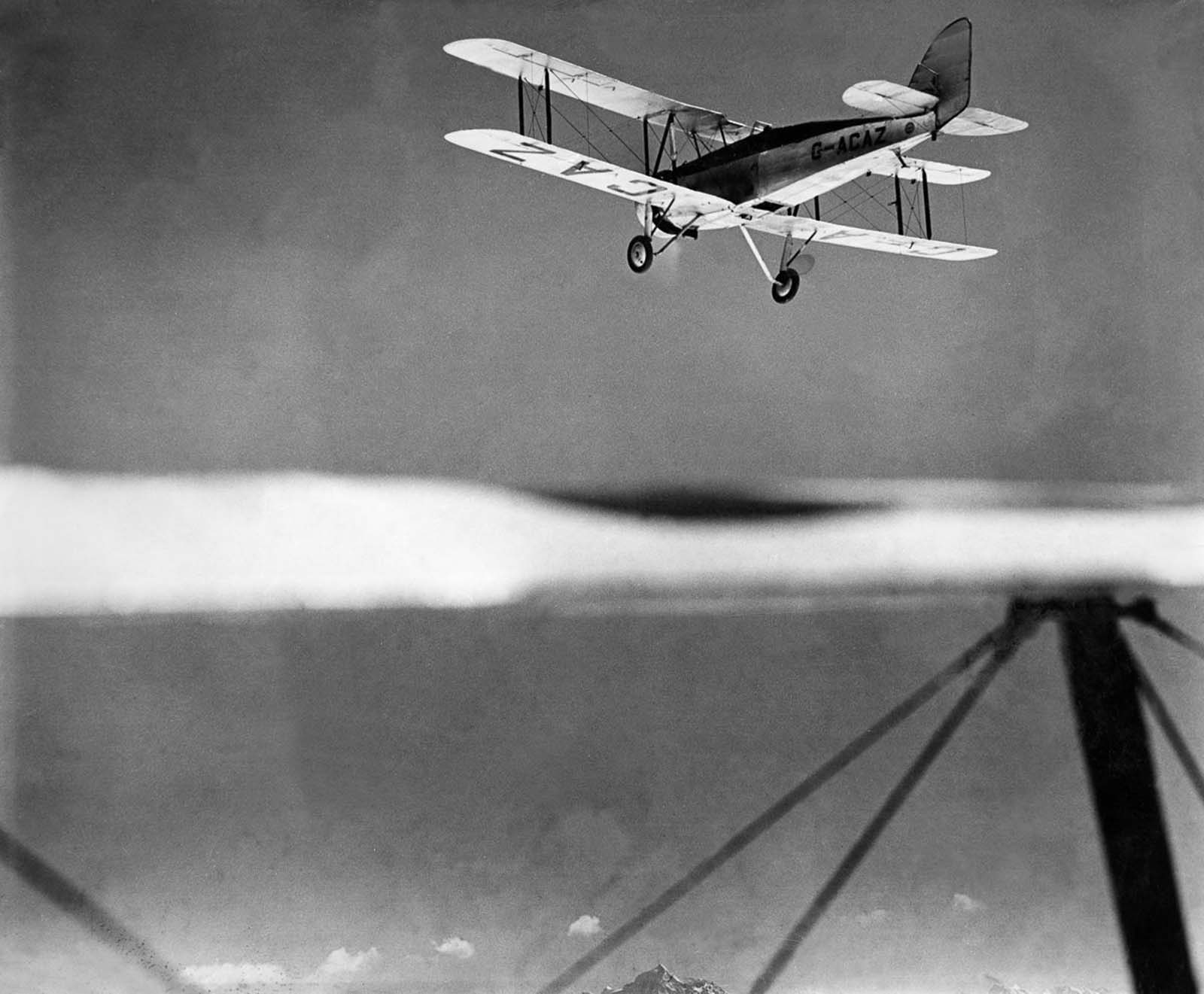 The first men flying over Everest, 1933 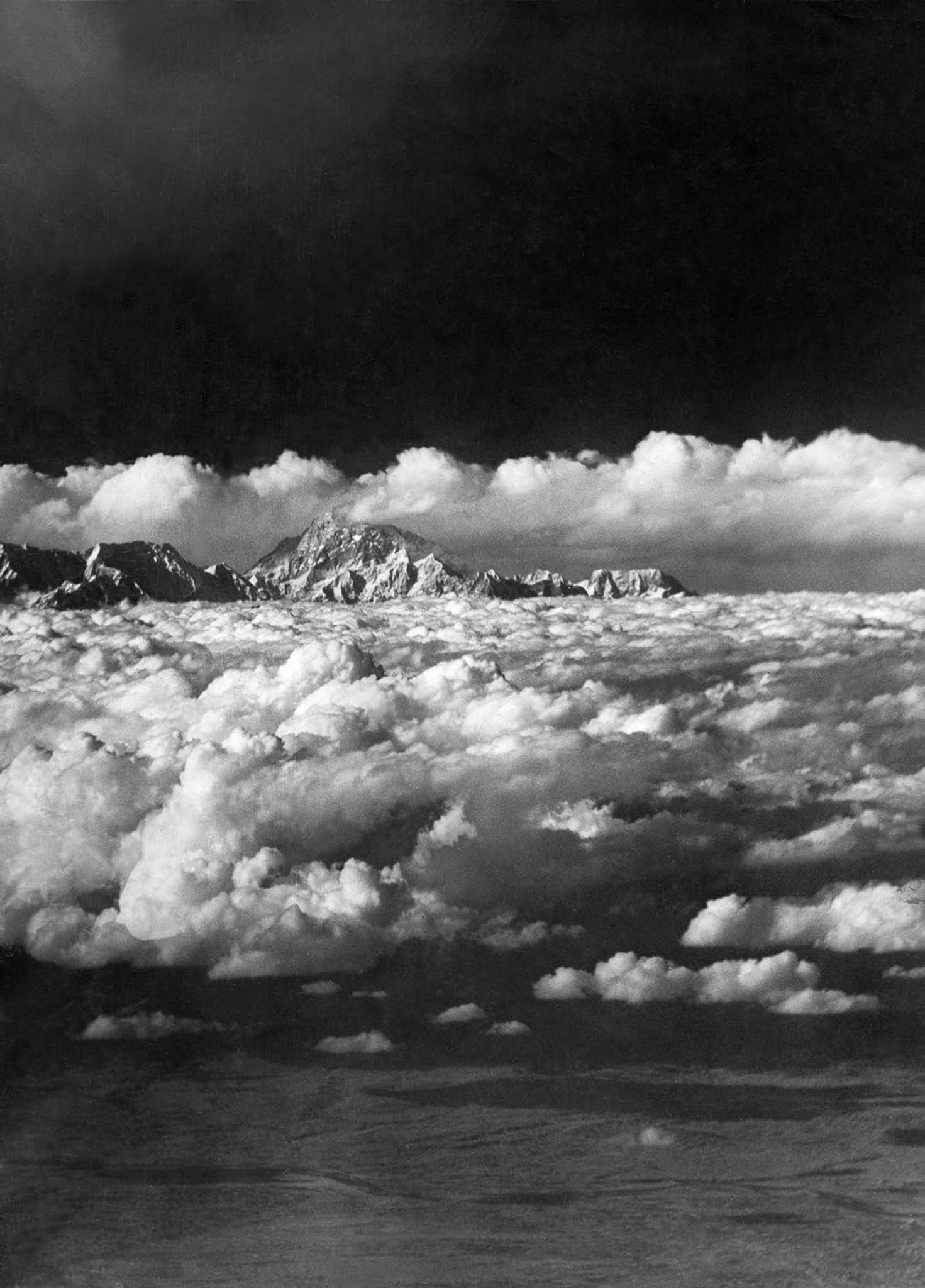 An infrared picture of Everest, taken from 100 miles away. 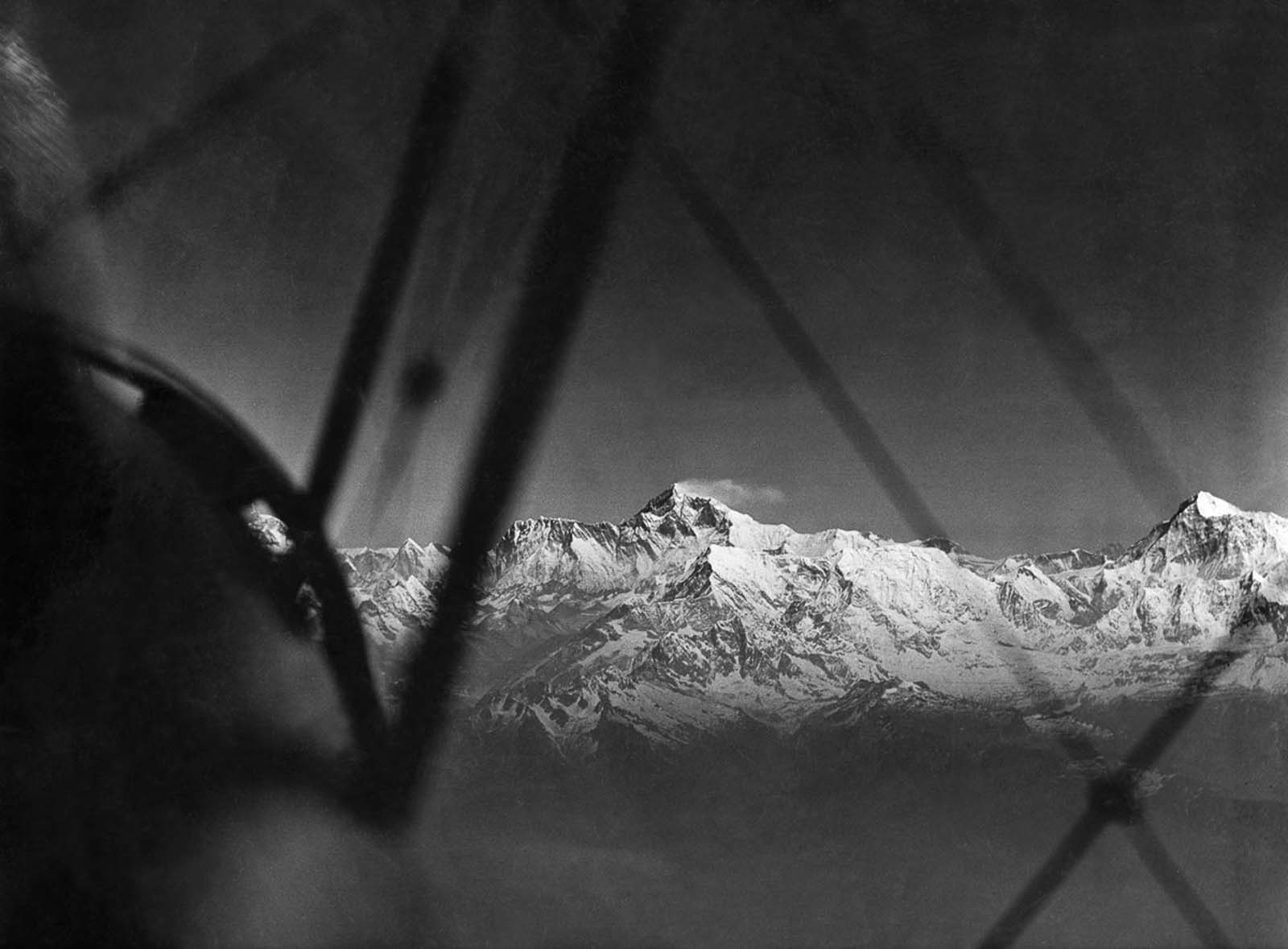 Everest and Makalu, seen from the south. 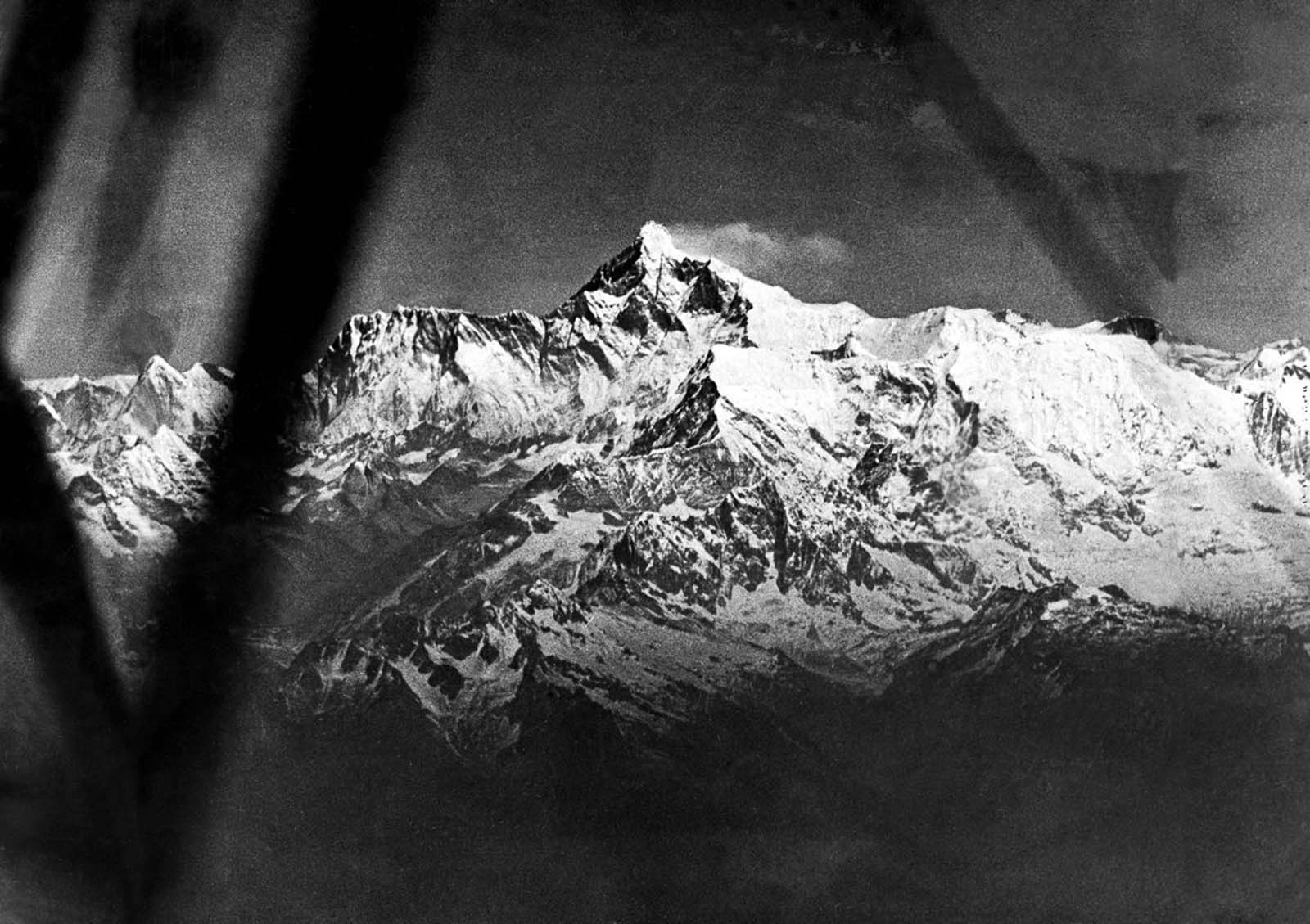 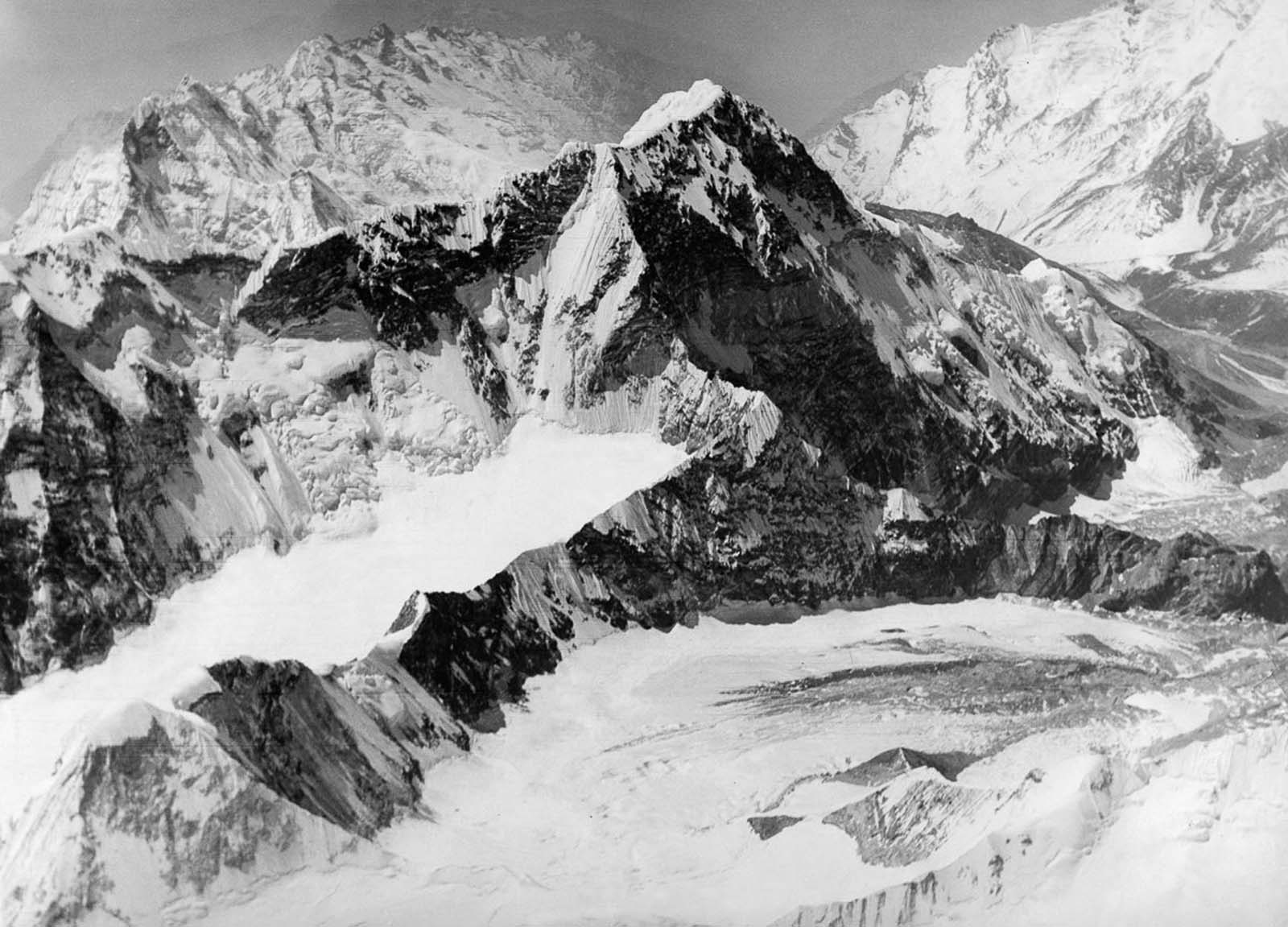 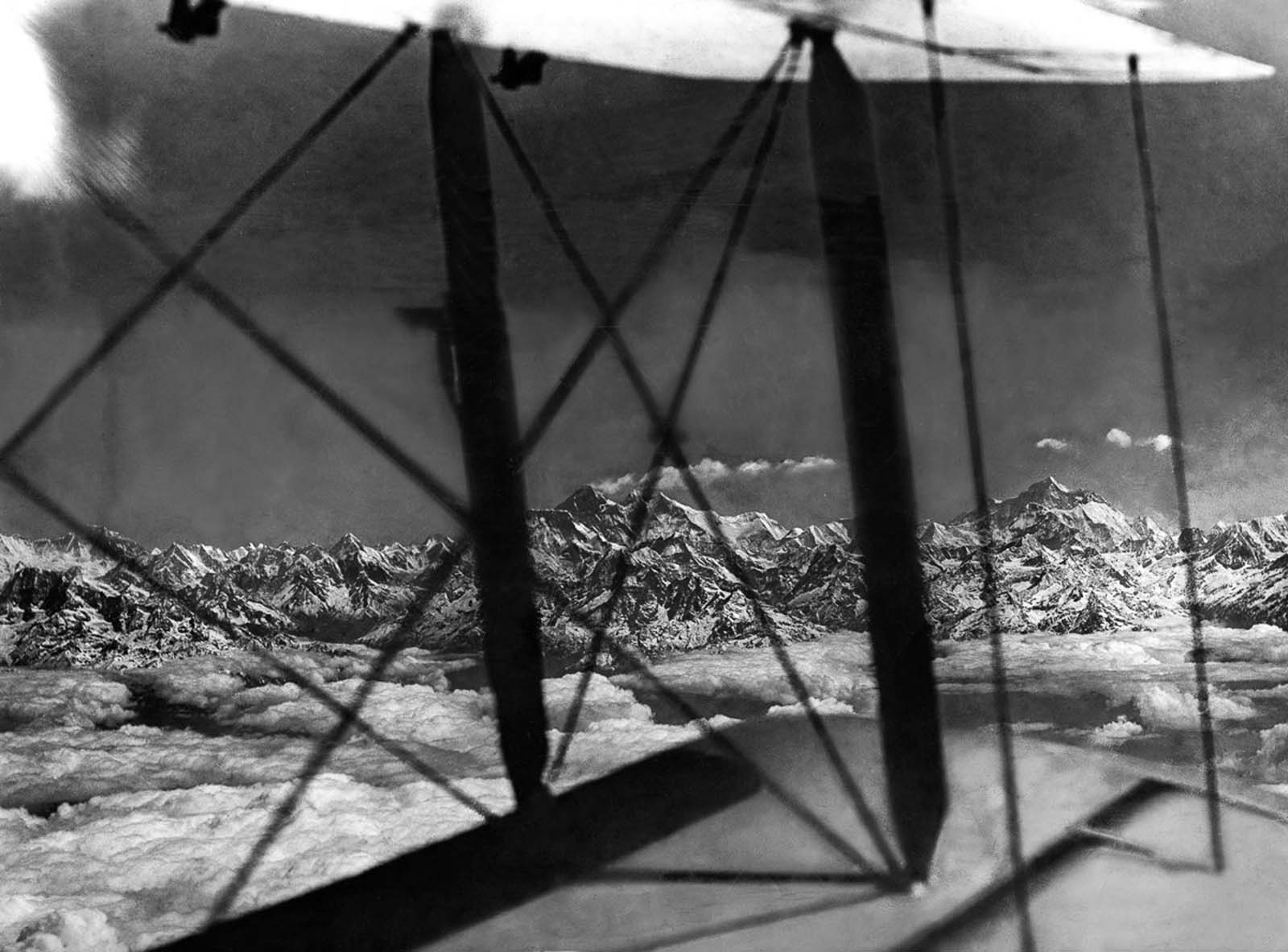 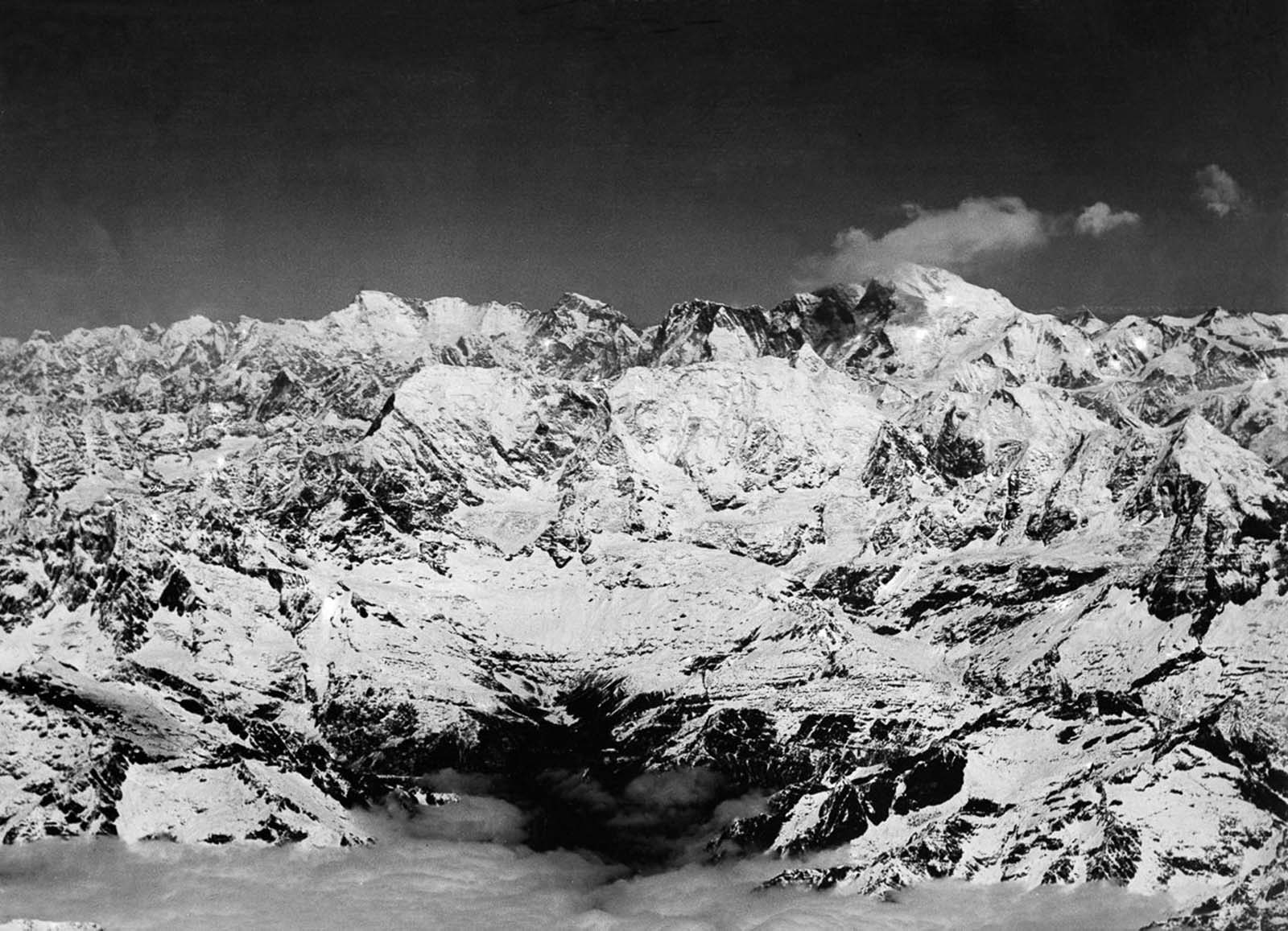 Everest seen from the south. 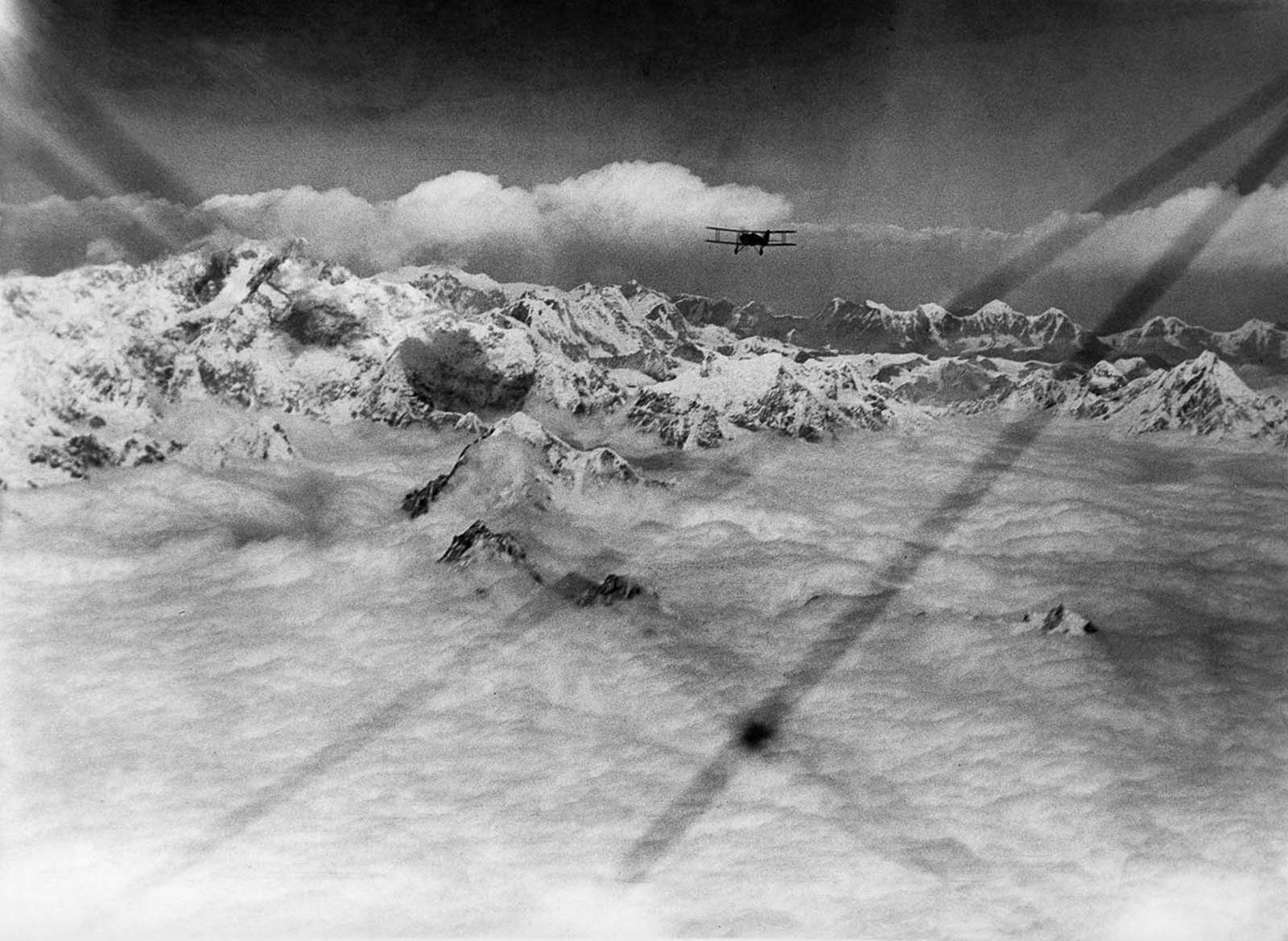 The expedition approaches Kanachenjunga from the south. 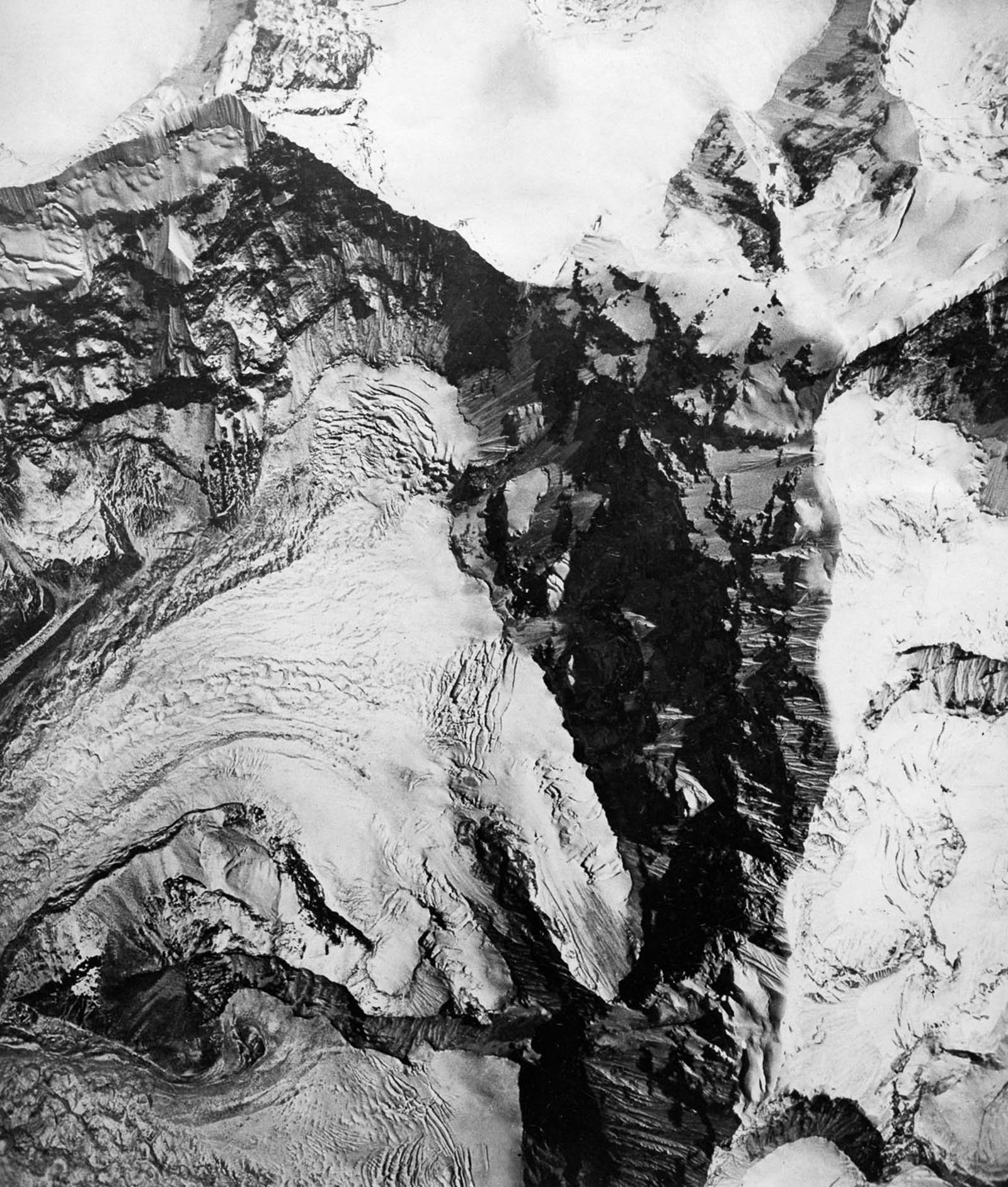 The head of a glacier immediately under the Everest massif. 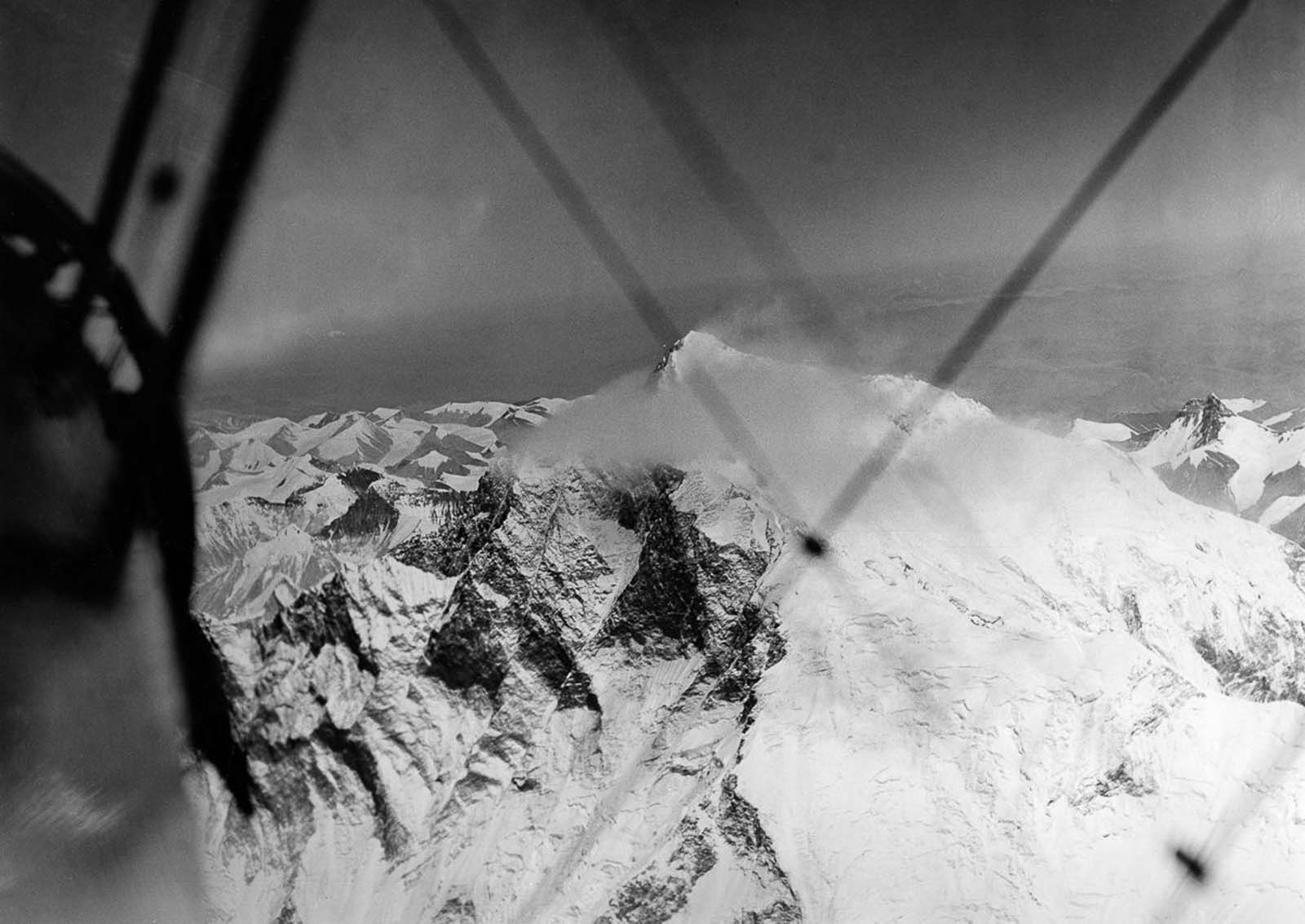 Nearing the summit of Everest. 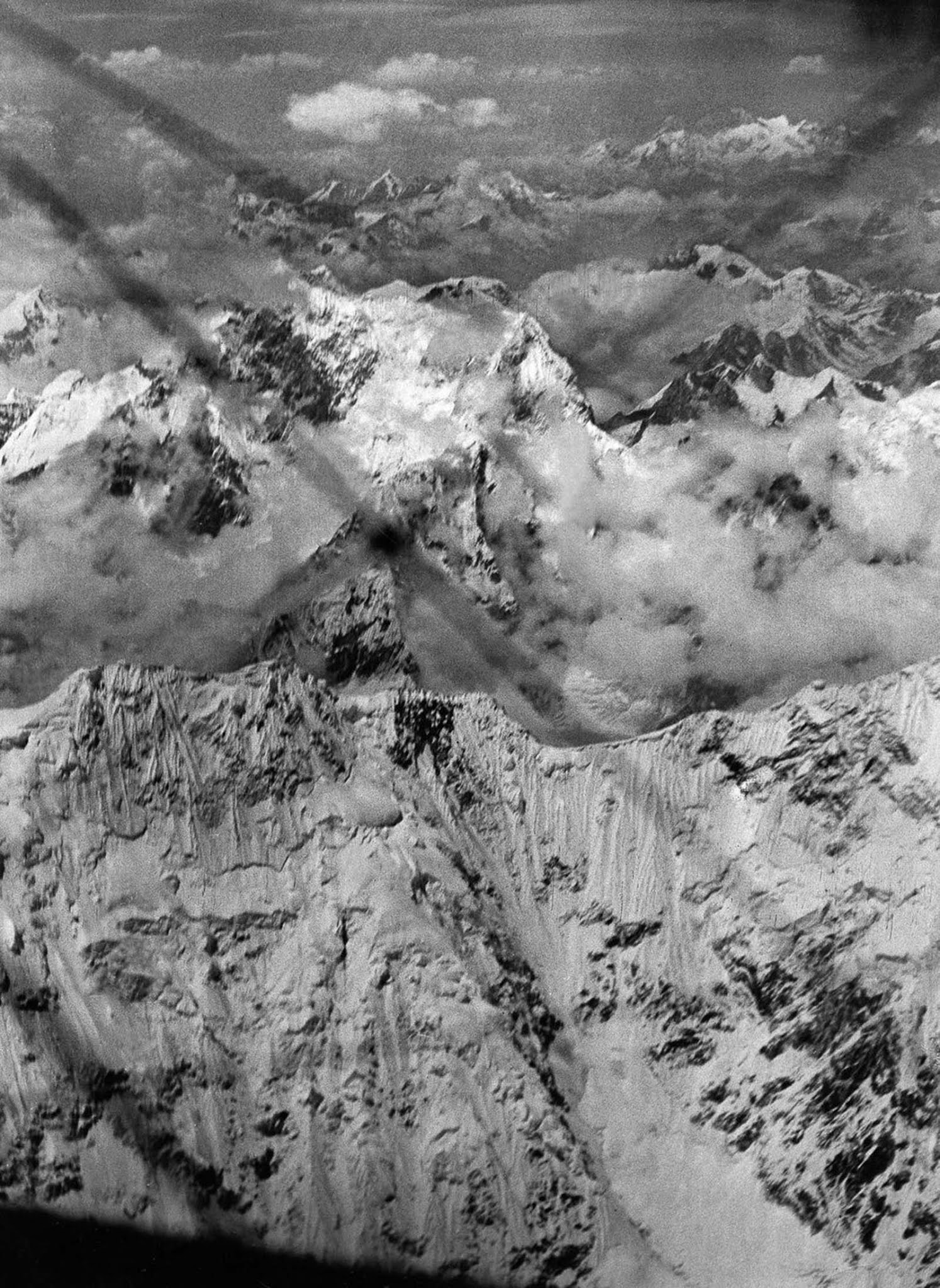 The expedition flies over Kanachenjunga, the third highest mountain in the world. 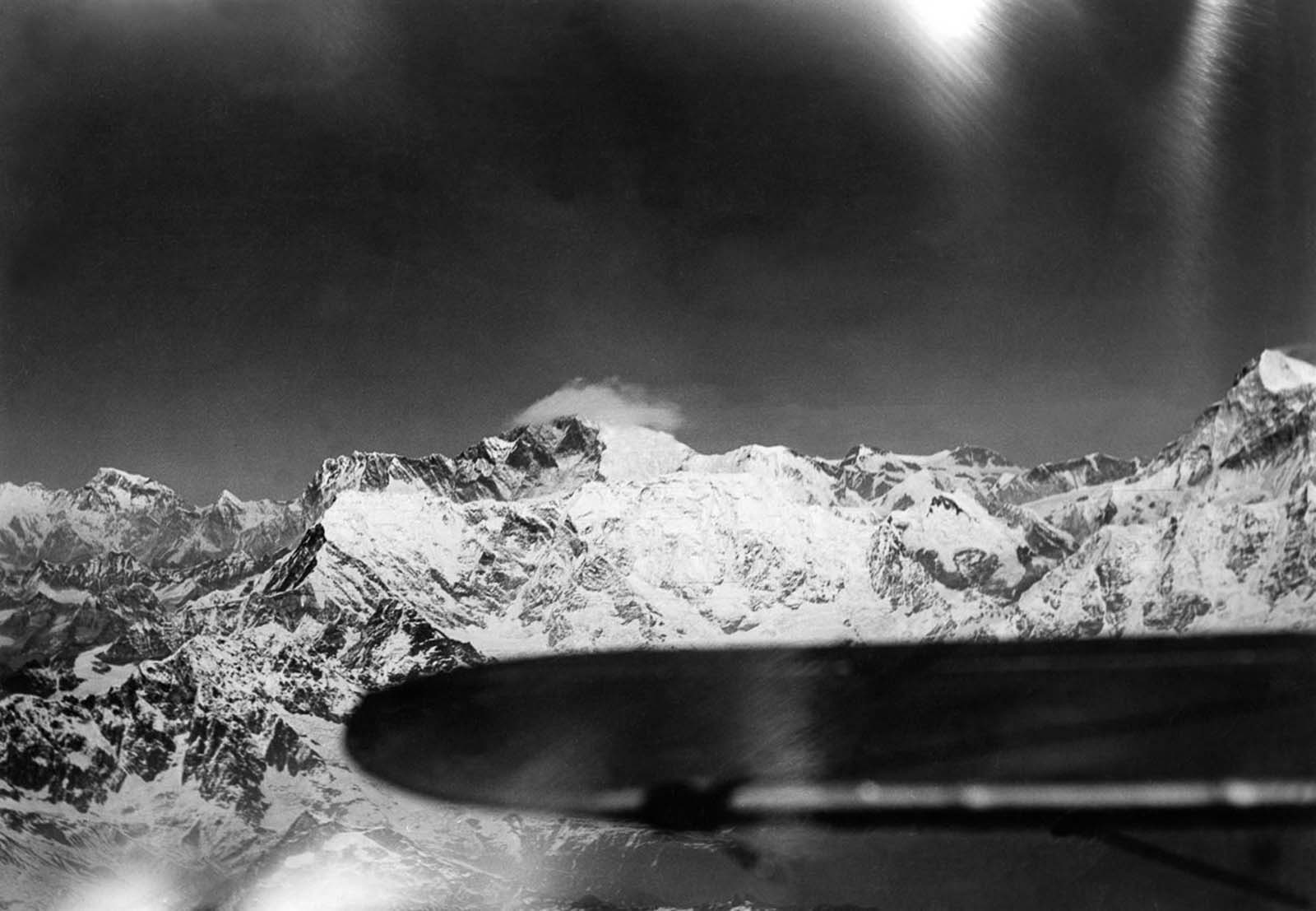 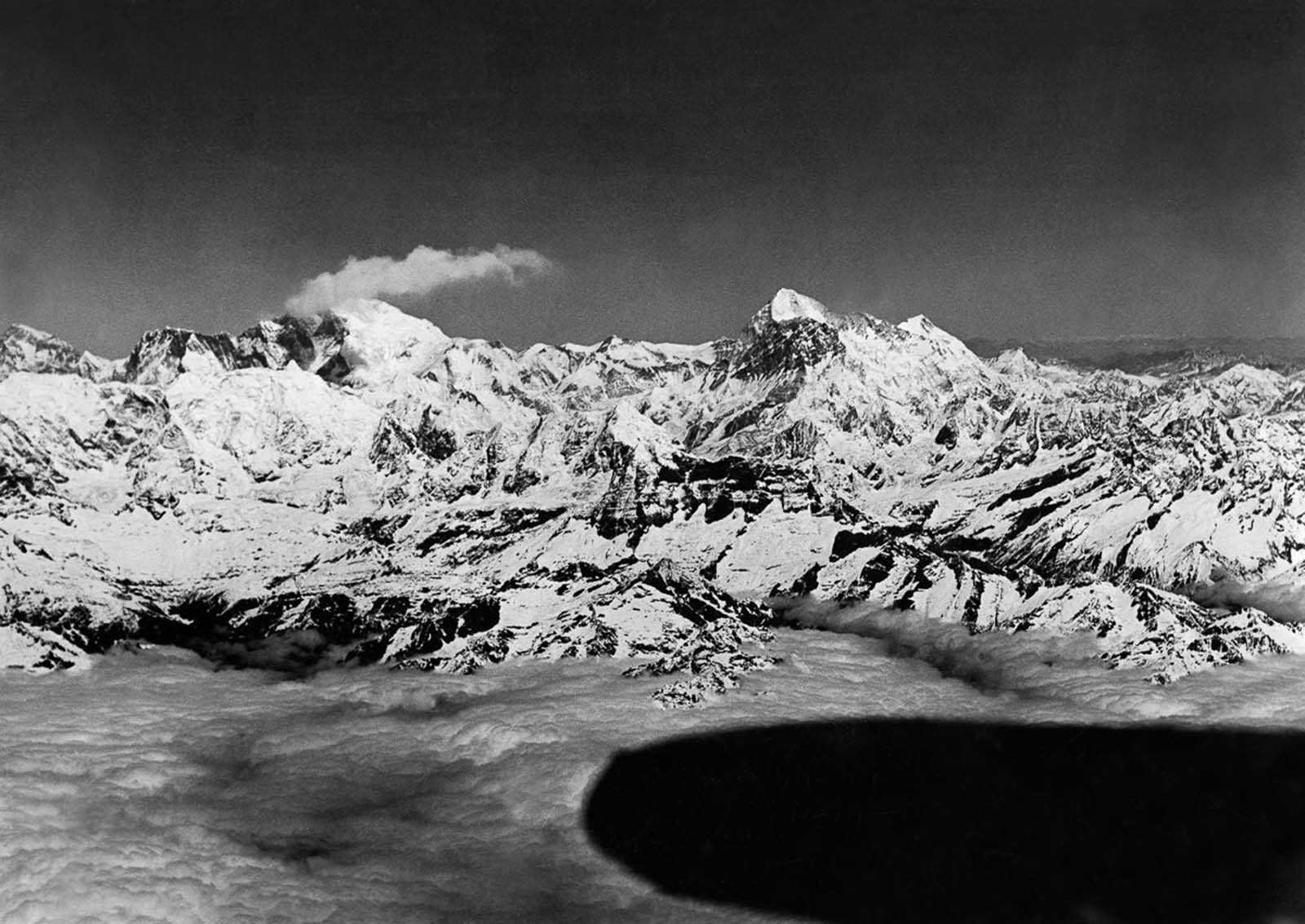 The expedition begins its return journey from Everest (left) and Makalu (right).