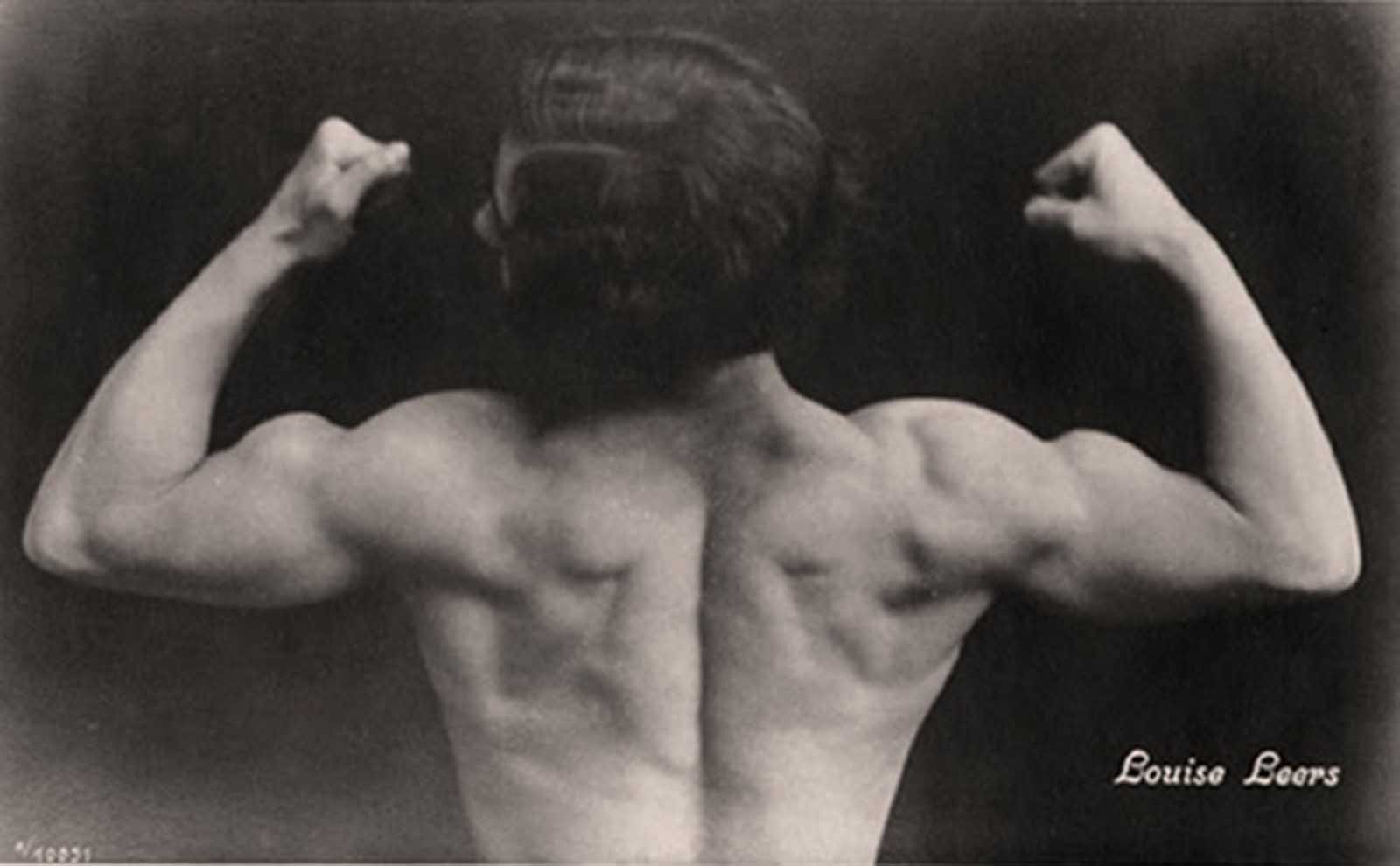 The first “strongwomen” appeared in the 19th century but were almost unheard of until much later. The appearance of strong women became more prevalent in sporting events and was also a common attraction in circuses where they would showcase their superhuman strength. This in turn paved the way for other rule-breaking girls such as female wrestlers and bodybuilders.

One of the best-known superwomen was Katie Brumbach called the “Great Sandwina”. Hailing from Vienna, Brumbach’s parents were also circus performers and it would appear that she was the combination of her father (who stood 6’ 6”) and her mother (who was herself a strong woman of sorts, sporting biceps that measured 15 inches around).

She not only inherited her parent’s physical prowess and she performed with them, as well as many of her fourteen siblings. Brumbach would go on to wow audiences by lifting her husband (who reportedly weighed 165 lbs) over her head with only one arm and 300 pounds of weights with both.

In her later years, Brumbach joined the Ringling Brothers and Barnum & Bailey Circus as a powerlifter where she snapped iron bars with her bare hands. At the age of 57, she was still able to pull to hoist her husband above her head with only one arm.

Both examples of “strongwomen” were much bigger than most women at the time were portrayed. They had the esteemed curvy, soft body, but their sheer size compared to men was unprecedented. 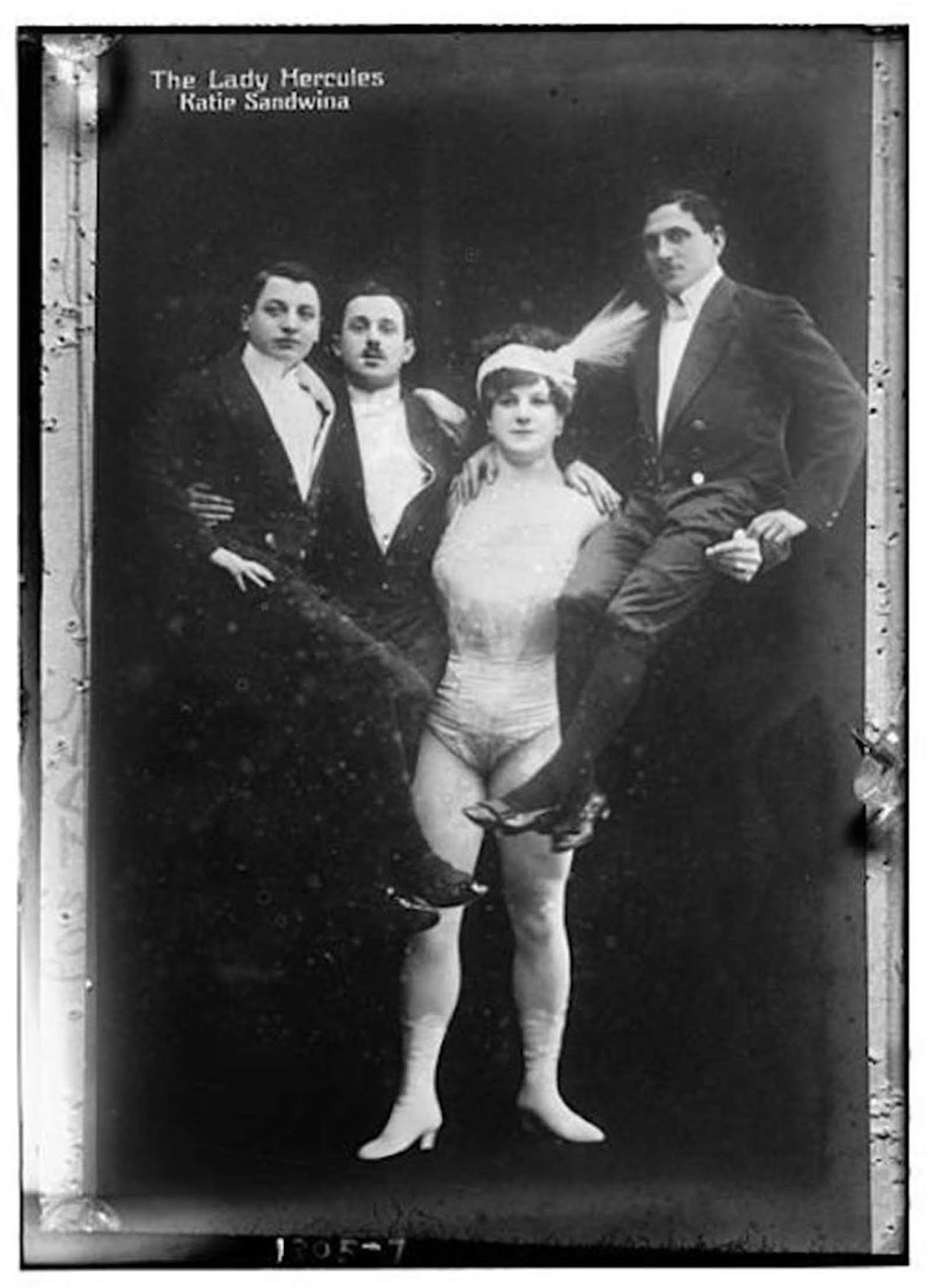 The ‘Great Sandwina’ aka, Katie Brumbach.

Even with that, it wasn’t their size or build that necessarily brought them fame or attention. Instead, their amazing strength dominated their character. For the first “strongwomen,” the idea of strength was valued over muscles and the overall physique.

The female physique was not prized as strong or well built even after the first “strongwomen” left their marks. Women in the late 19th century were seen as frail and weak.

Charlotte Perkins Gilman of Rhode Island attempted to dispel that myth and spent hours weightlifting, running, and doing gymnastics. She also wrote books and other works that concentrated on banishing the idea of women’s “physical immobility.” Clearly, she was ahead of her time.

In the 19th and early 20th centuries, exercise for females was frowned upon by both laypeople and doctors alike. Most were of the opinion that women had very little energy or strength and this should be spent on housework while bearing and raising children. The only exercise women needed could be found in the home.

One health educator of the time stated that any other type of physical fitness “of a masculine character causes the female body to become more like that of a man.” Women of the time strayed far away from any type of exertion and certainly cared not to identify with strength or size of any kind, given that it was a stigma, rather than an honor when attributed to women.

Not only were Gilman and others seen as an outcast minority, but now there seemed to be credible evidence that they were unhealthy. If women were apprehensive about exercise before, they now avoided it like the plague. The “strongwomen’s” fight stopped dead in its tracks before it ever really got off the ground. It would take a wave of societal change before female strength would ever resurface. 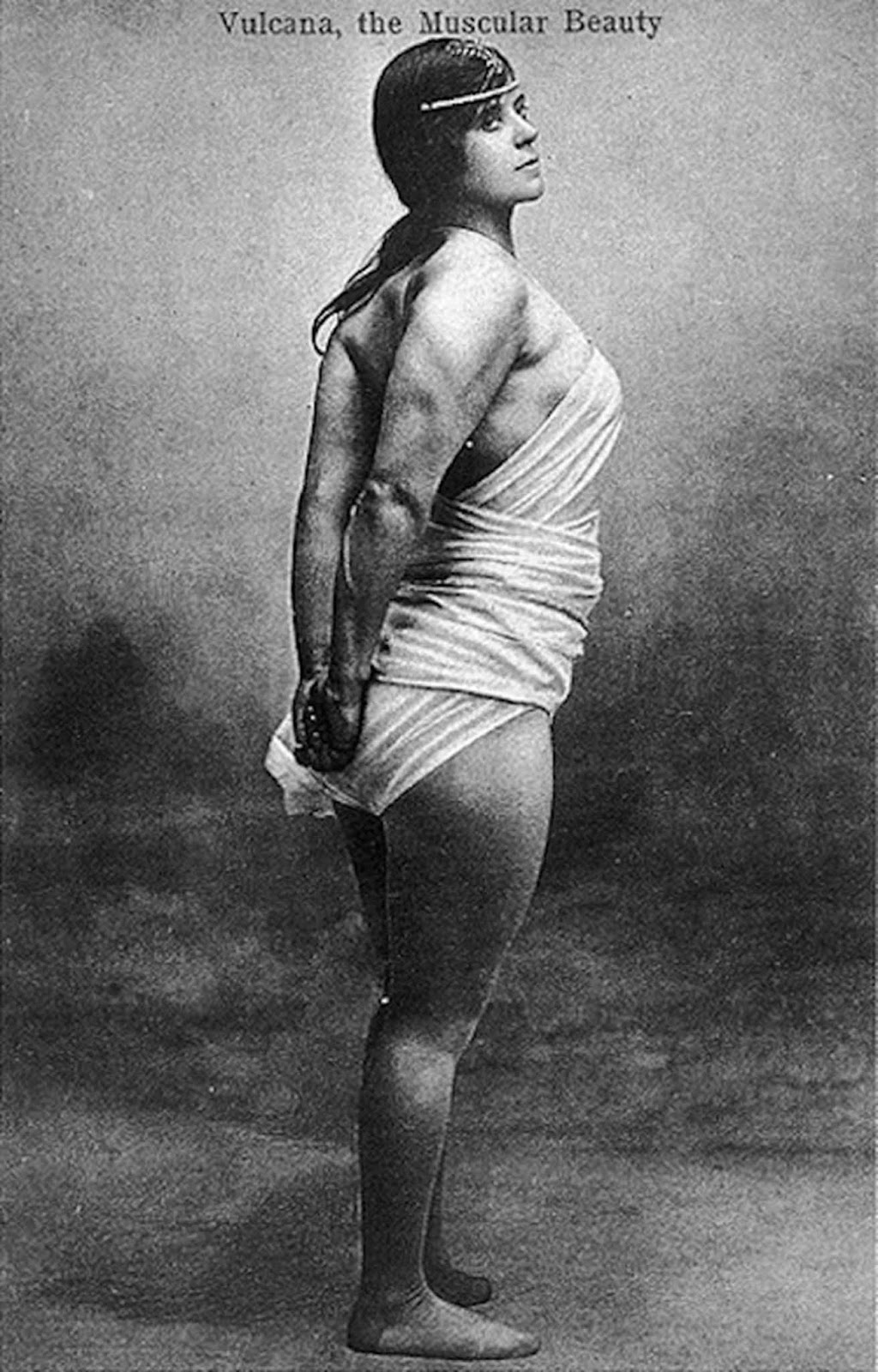 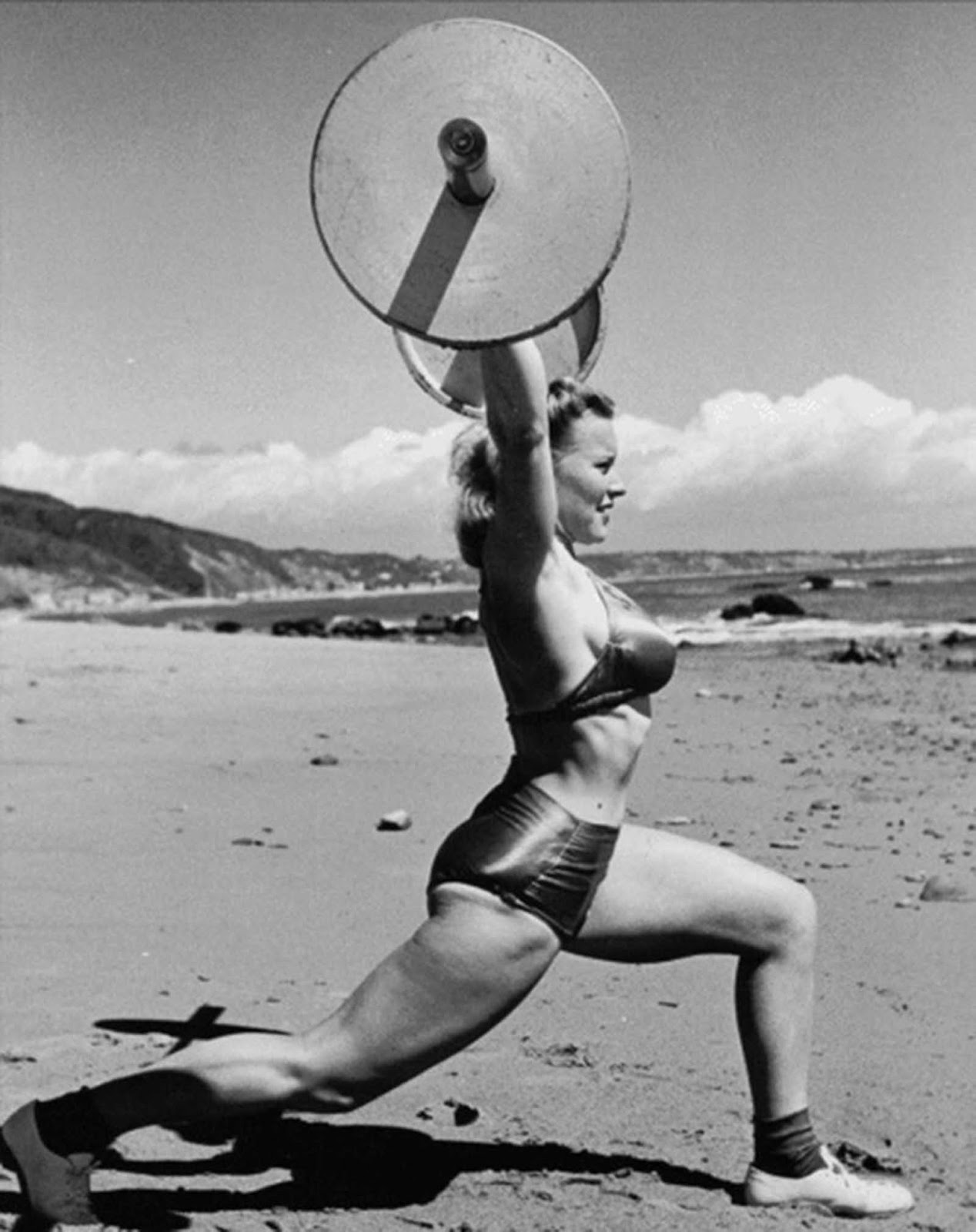 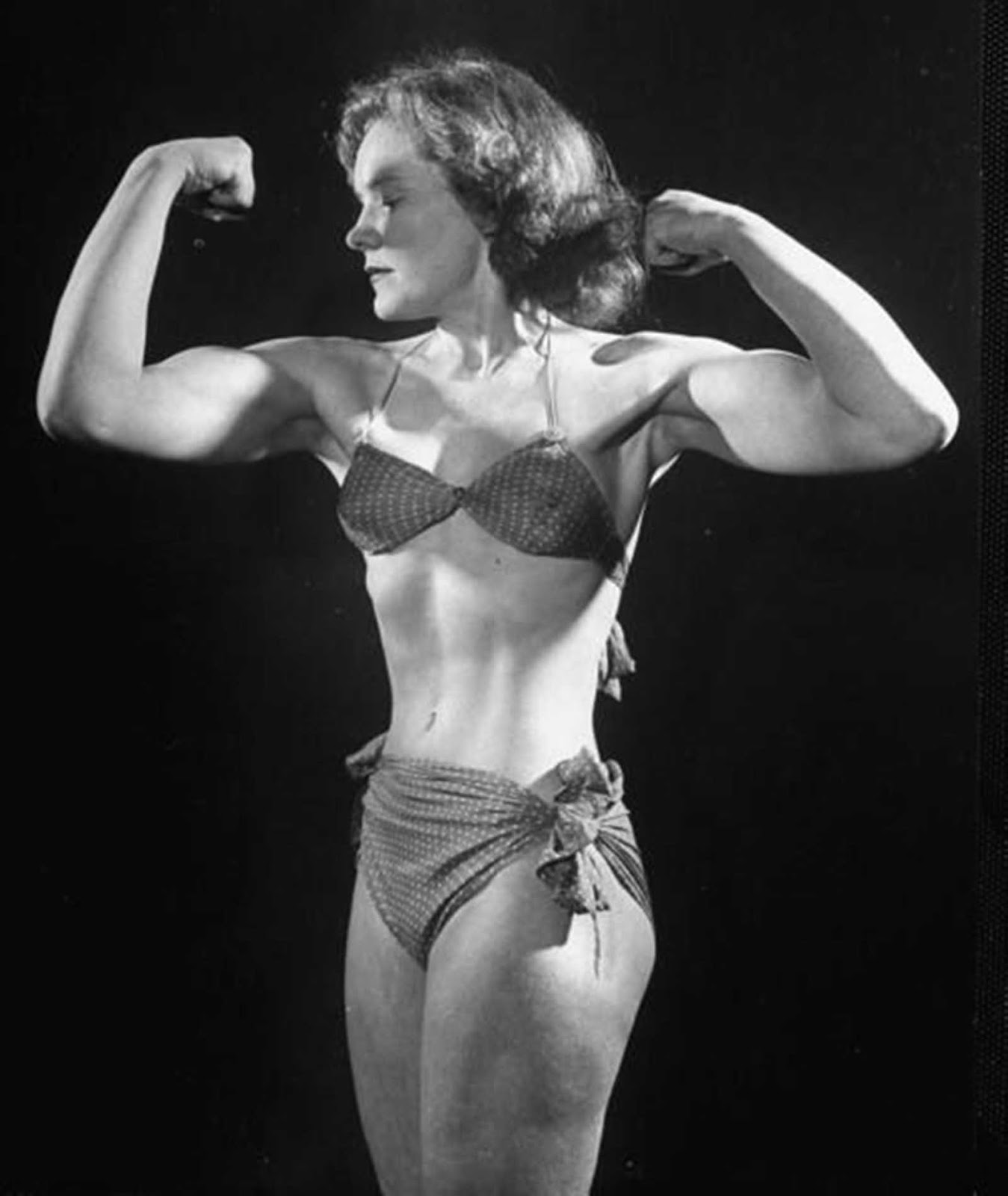 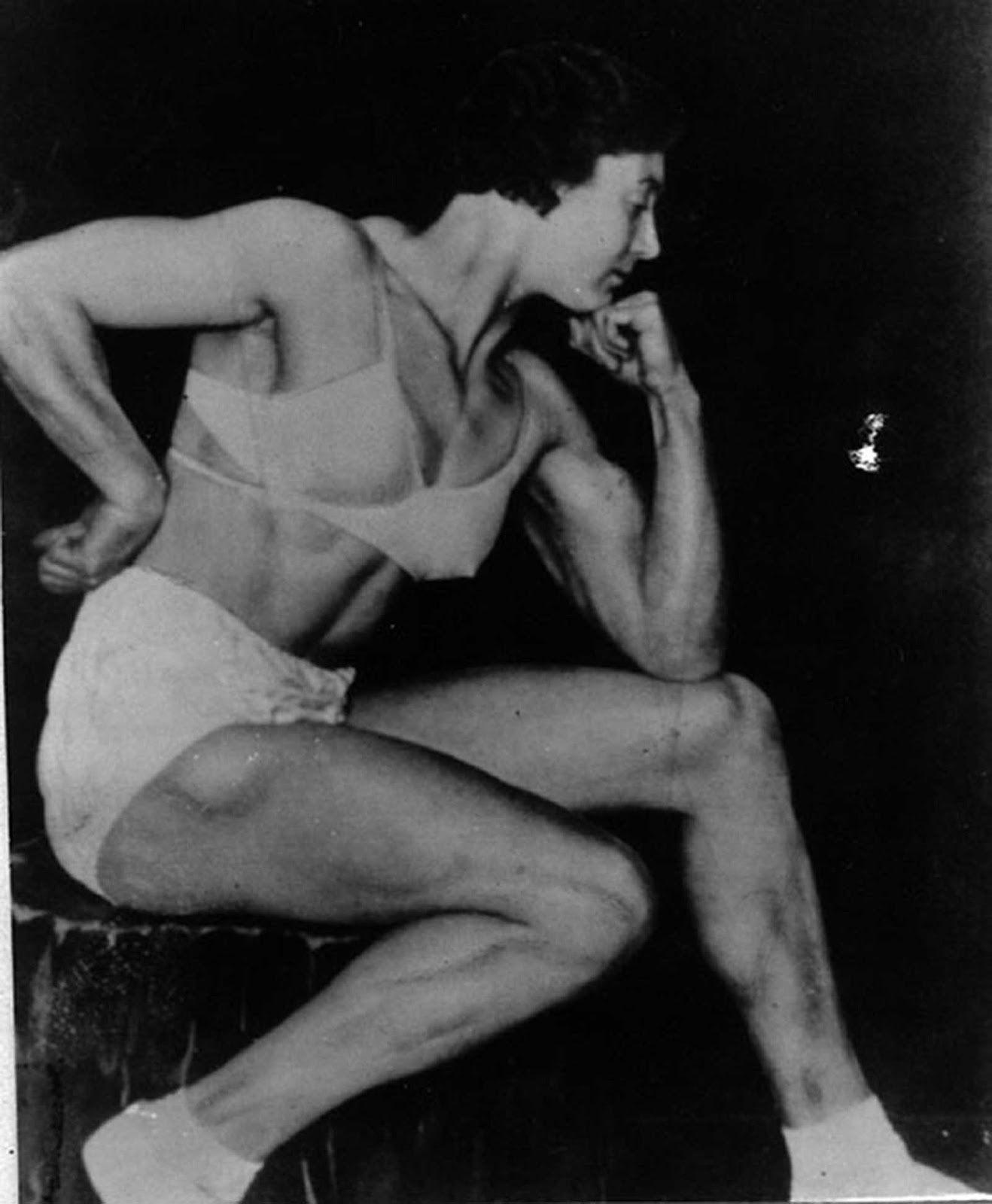 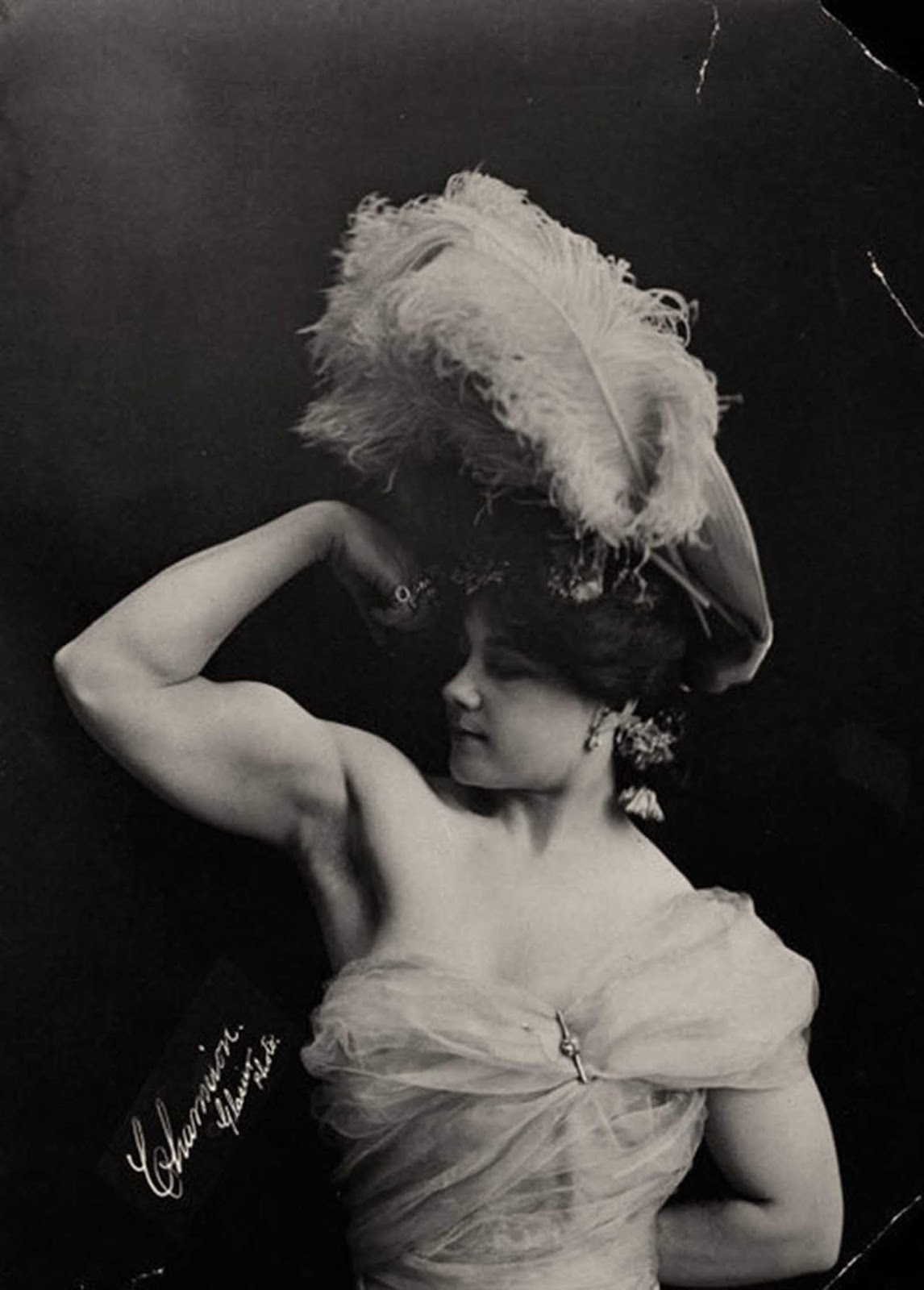 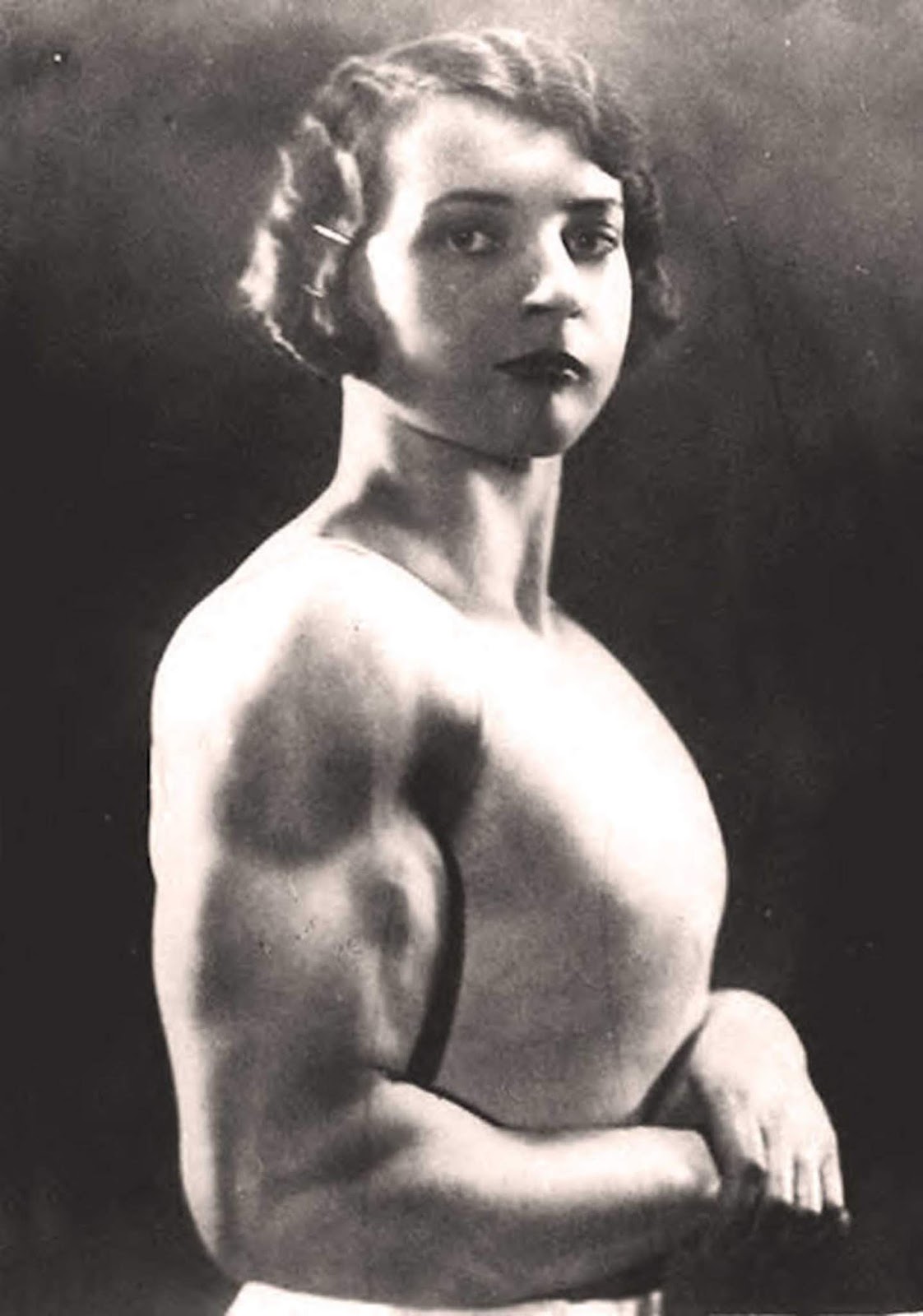 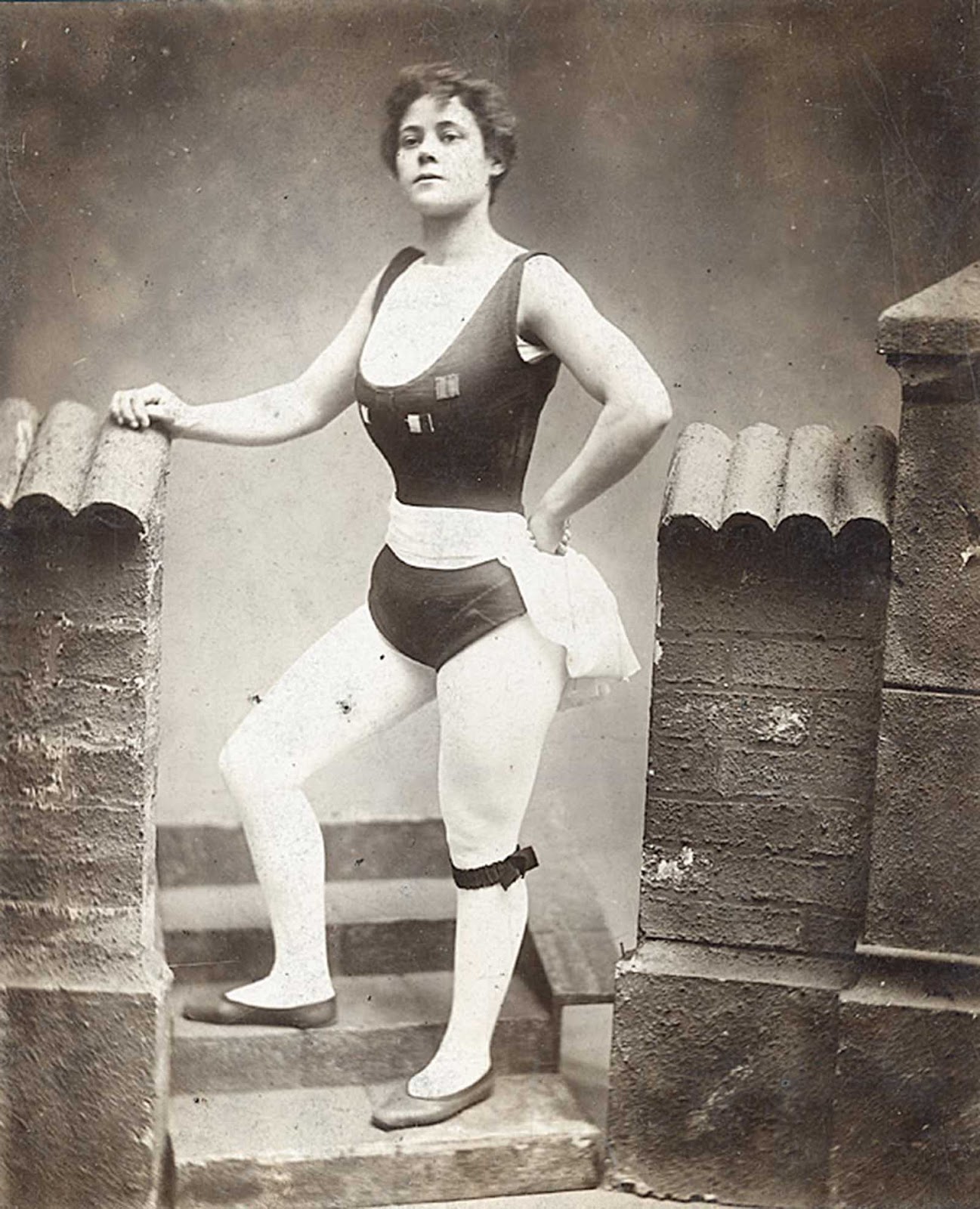 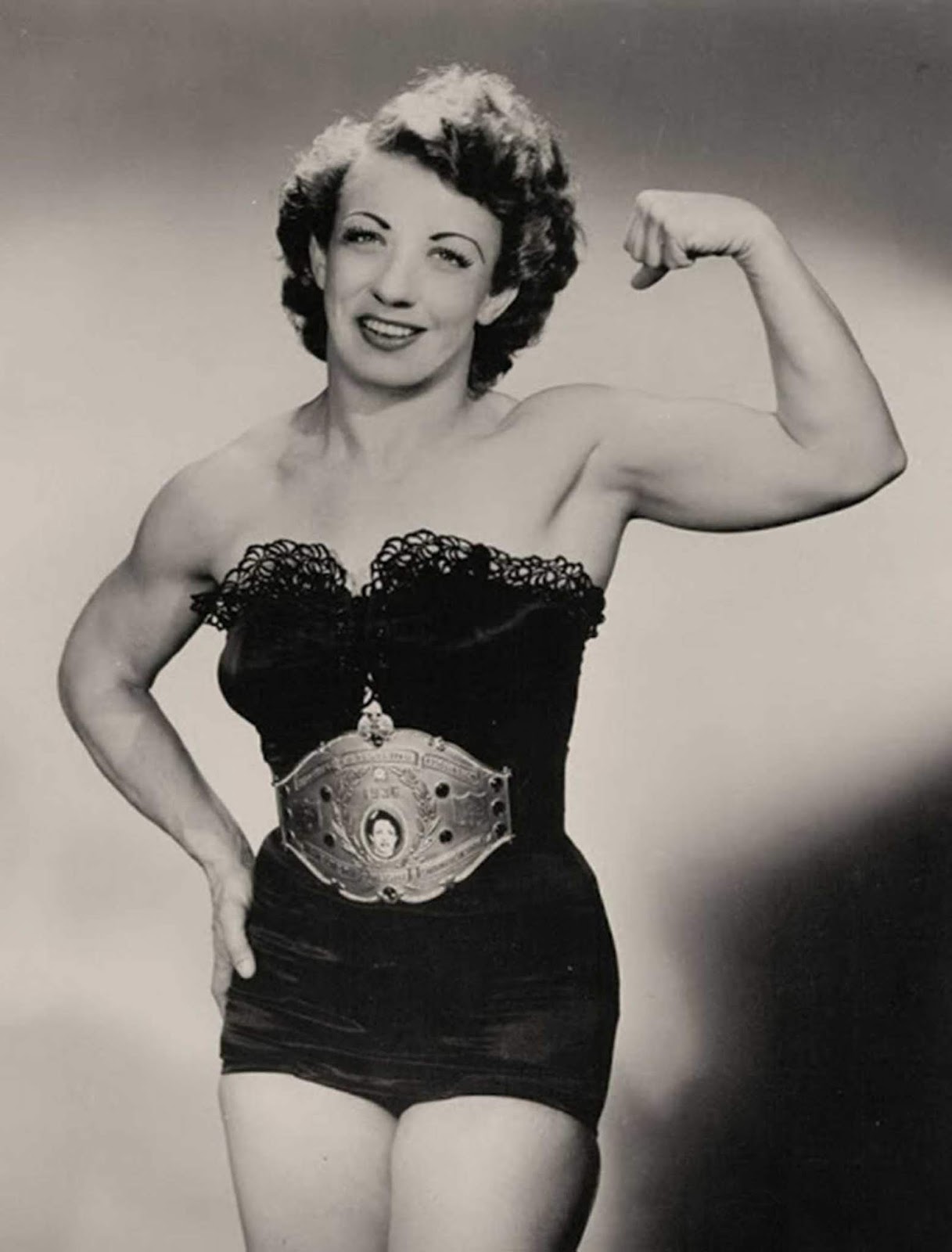 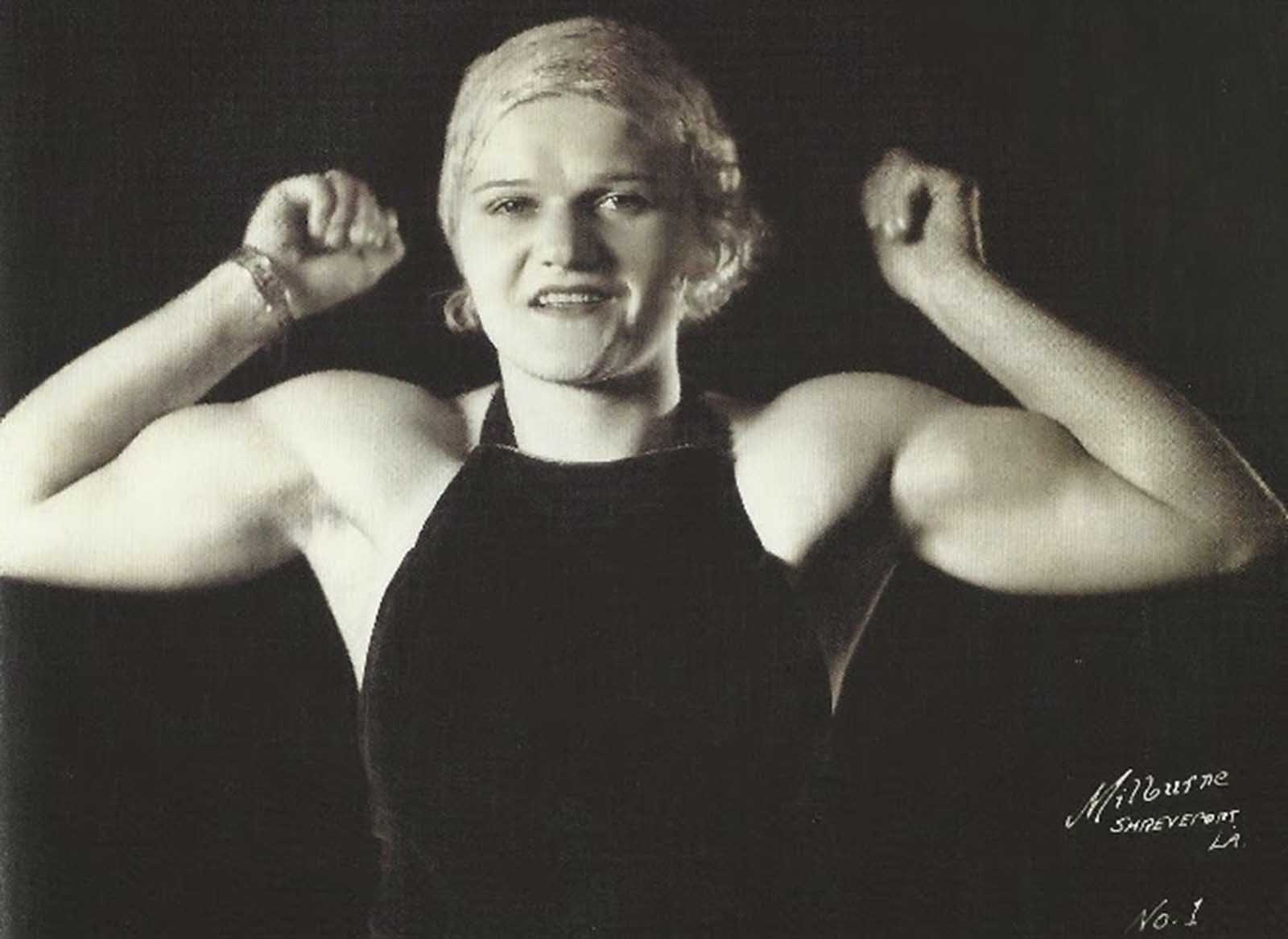 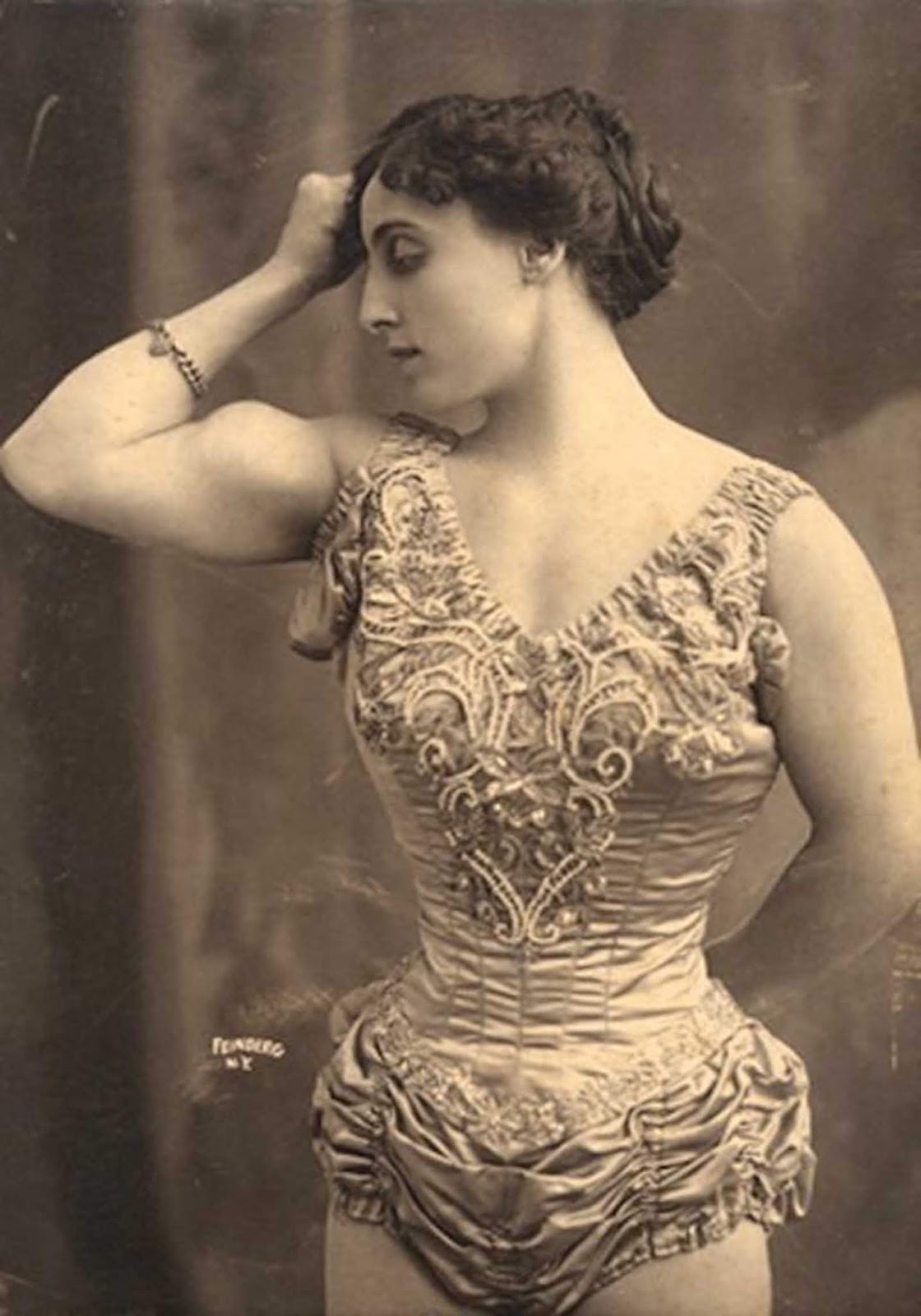 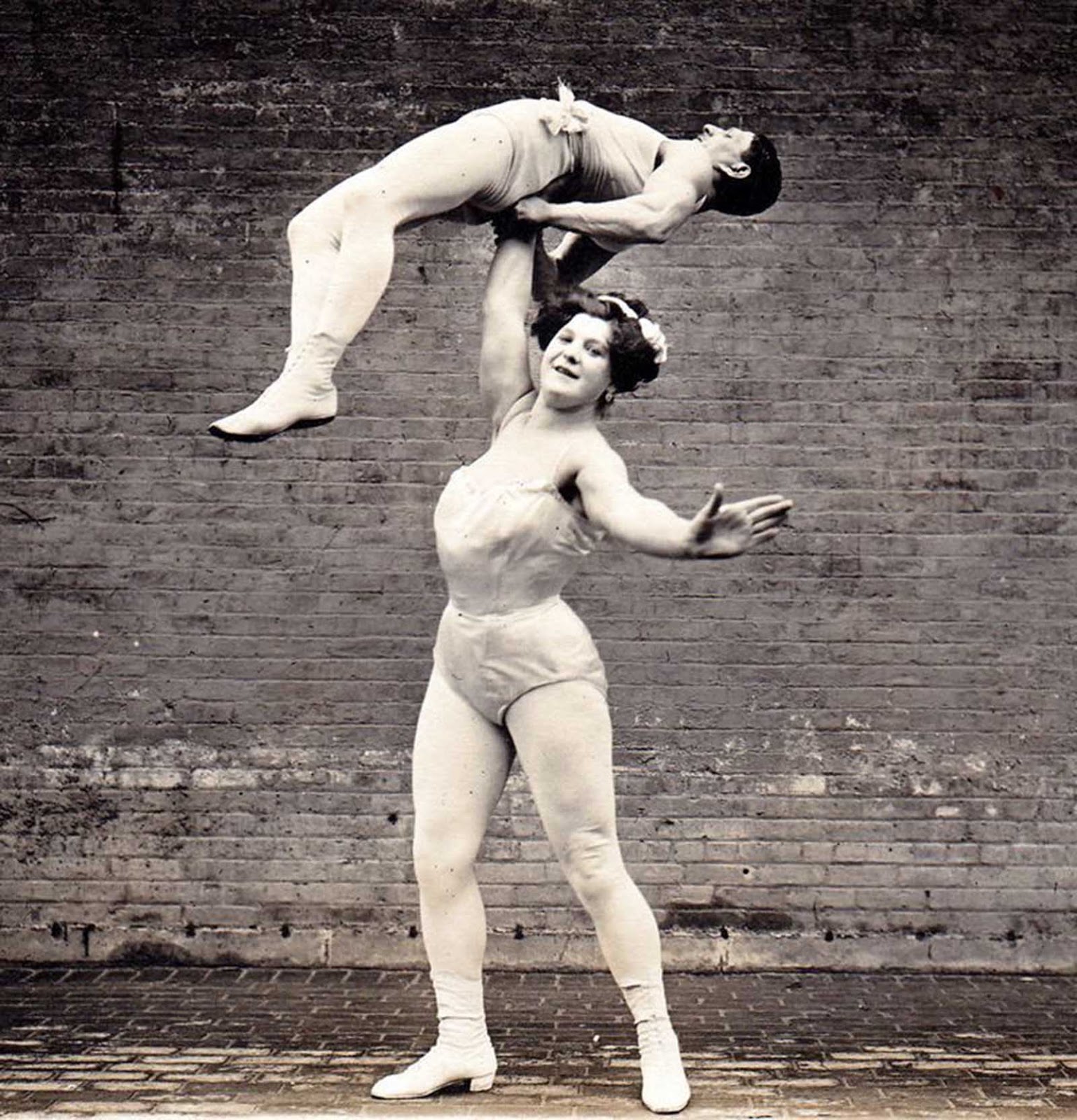 The ‘Great Sandwina’ lifting her husband over her head. 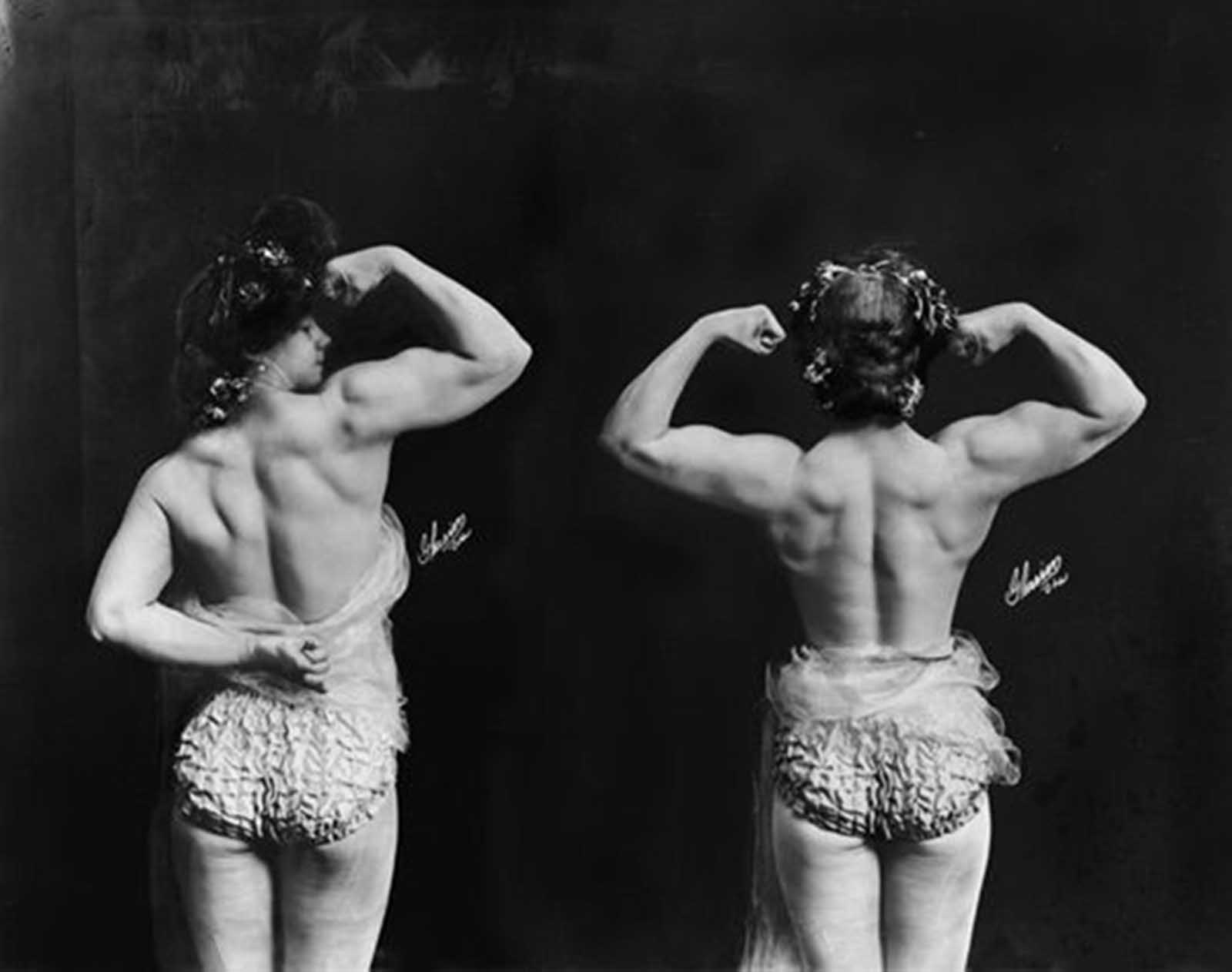 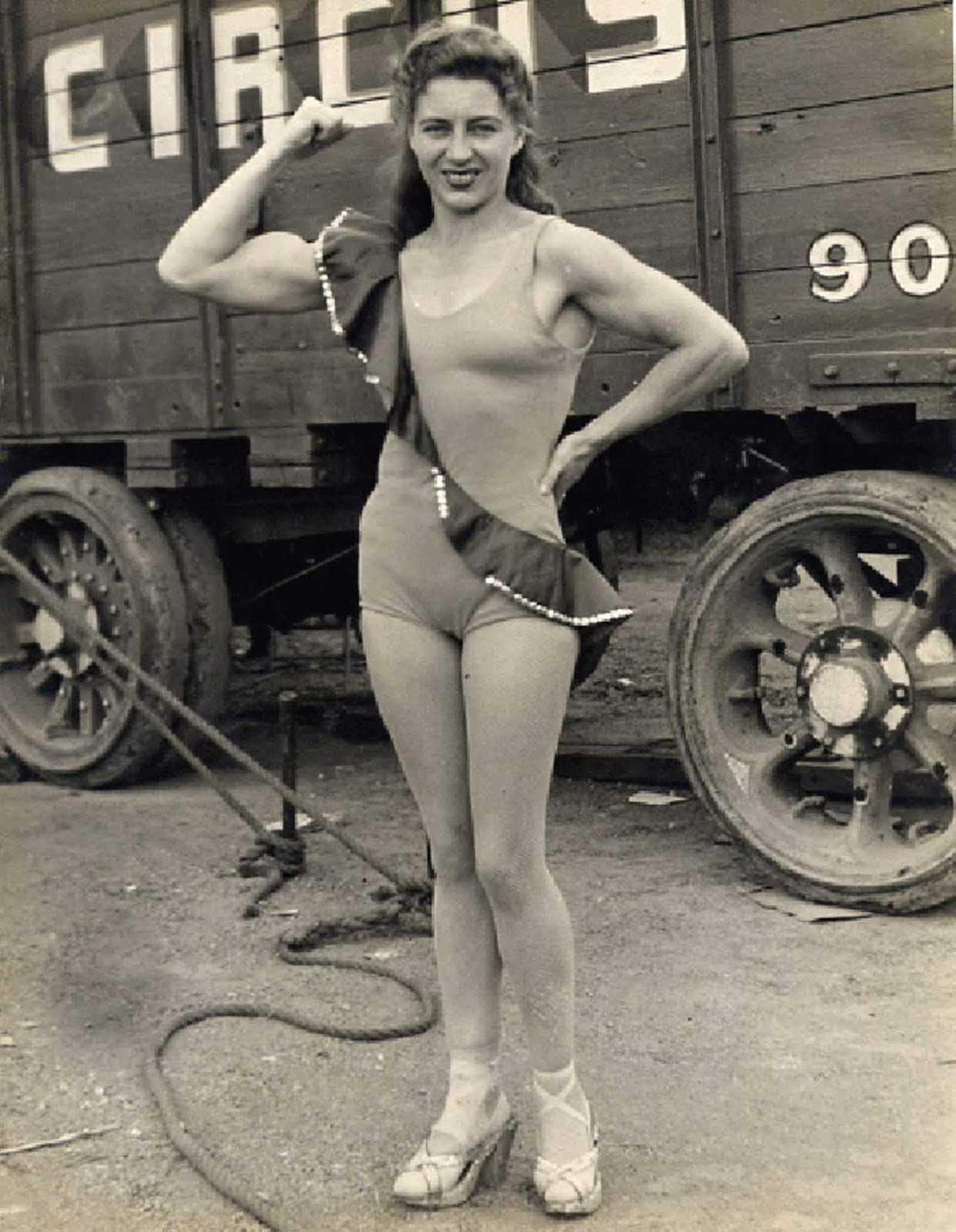 Another vintage circus ‘strong woman’ flexing for the camera.