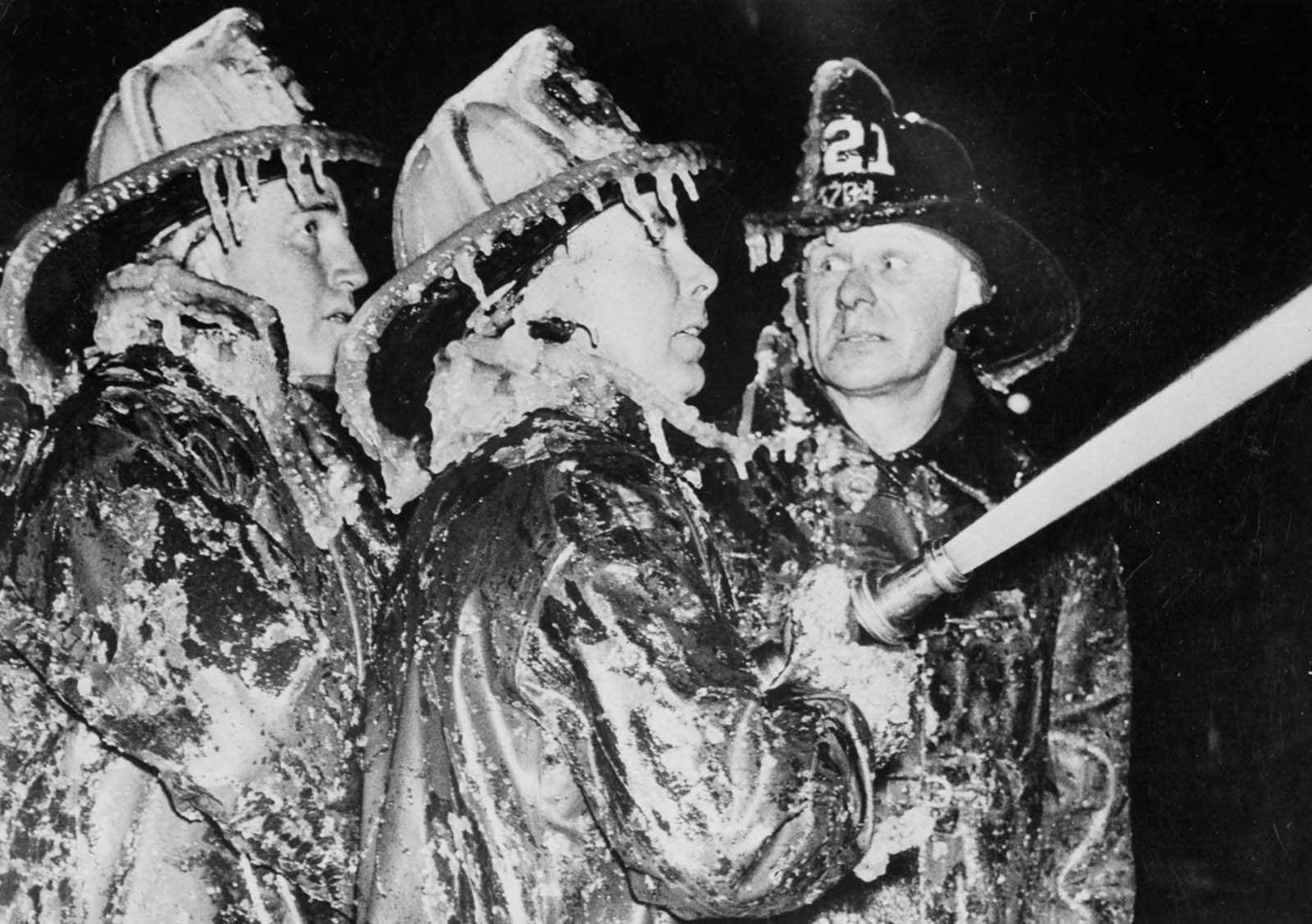 New York firefighters battle a blaze while coated with icicles. 1940.

Winter brings a unique set of risks and challenges for firefighters ranging from mild inconvenience to extreme danger. When temperatures reach below zero degrees, the battle is against the elements and the flames.

Everything moves slower in extreme cold. Apparatus slows down from poor road conditions, firefighters move slower on snowpack and ice and when advancing lines, and hitting fire hydrants is tougher. Water can freeze on the inside and outside of hoses, rendering them unusable. Even the hydrants can be buried under the snowdrifts.

Firefighters typically need protection from both heat and cold at the same incident. They’re exposed to the cold while responding and setting up, and then they may encounter extreme heat while fighting the fire.

Firefighters who are dressed for the cold are likely to become fatigued. It’s common for a firefighter to be drenched in sweat on the inside and covered with ice on the outside. 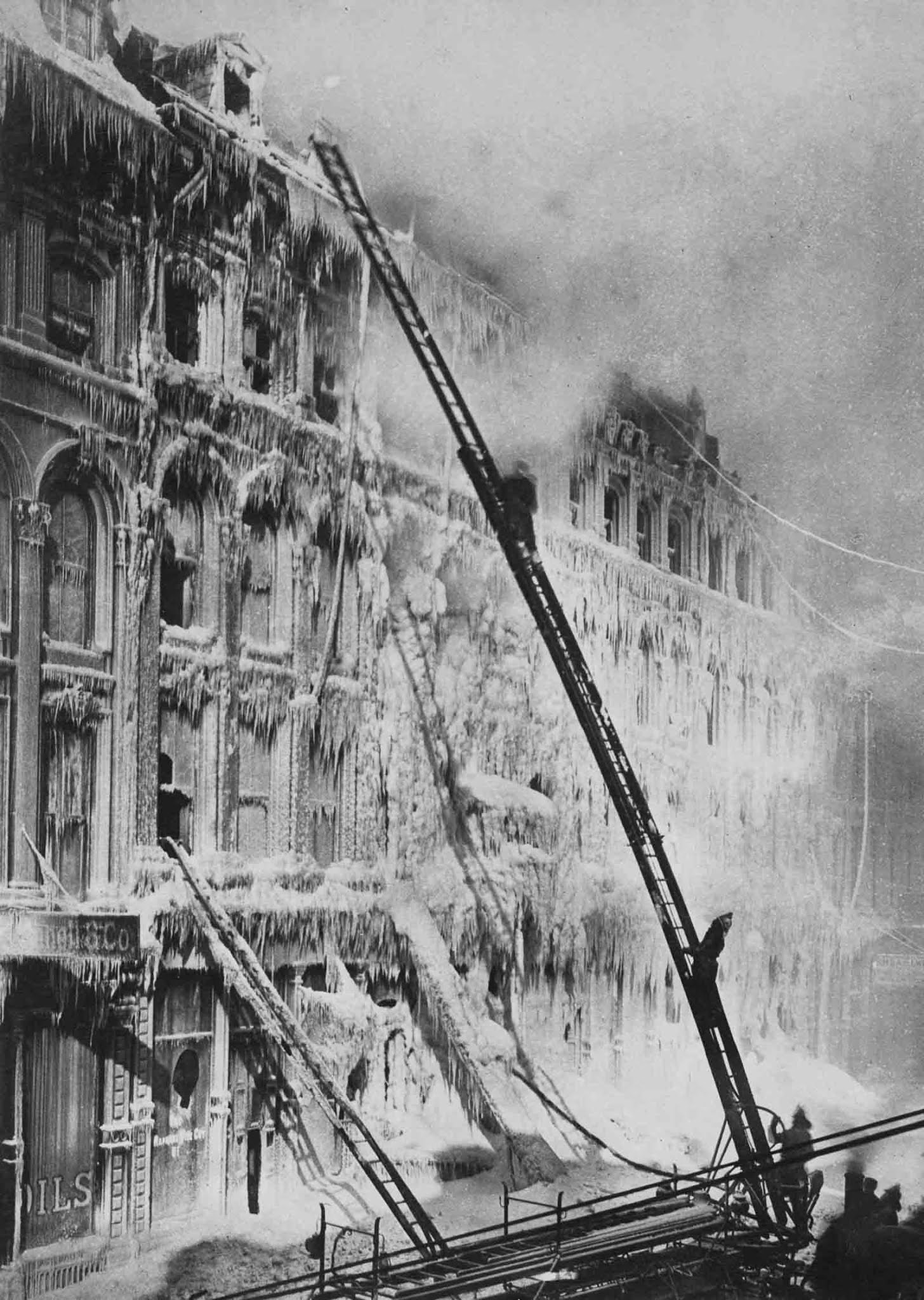 Firefighters battle a blaze in Montreal. 1889. 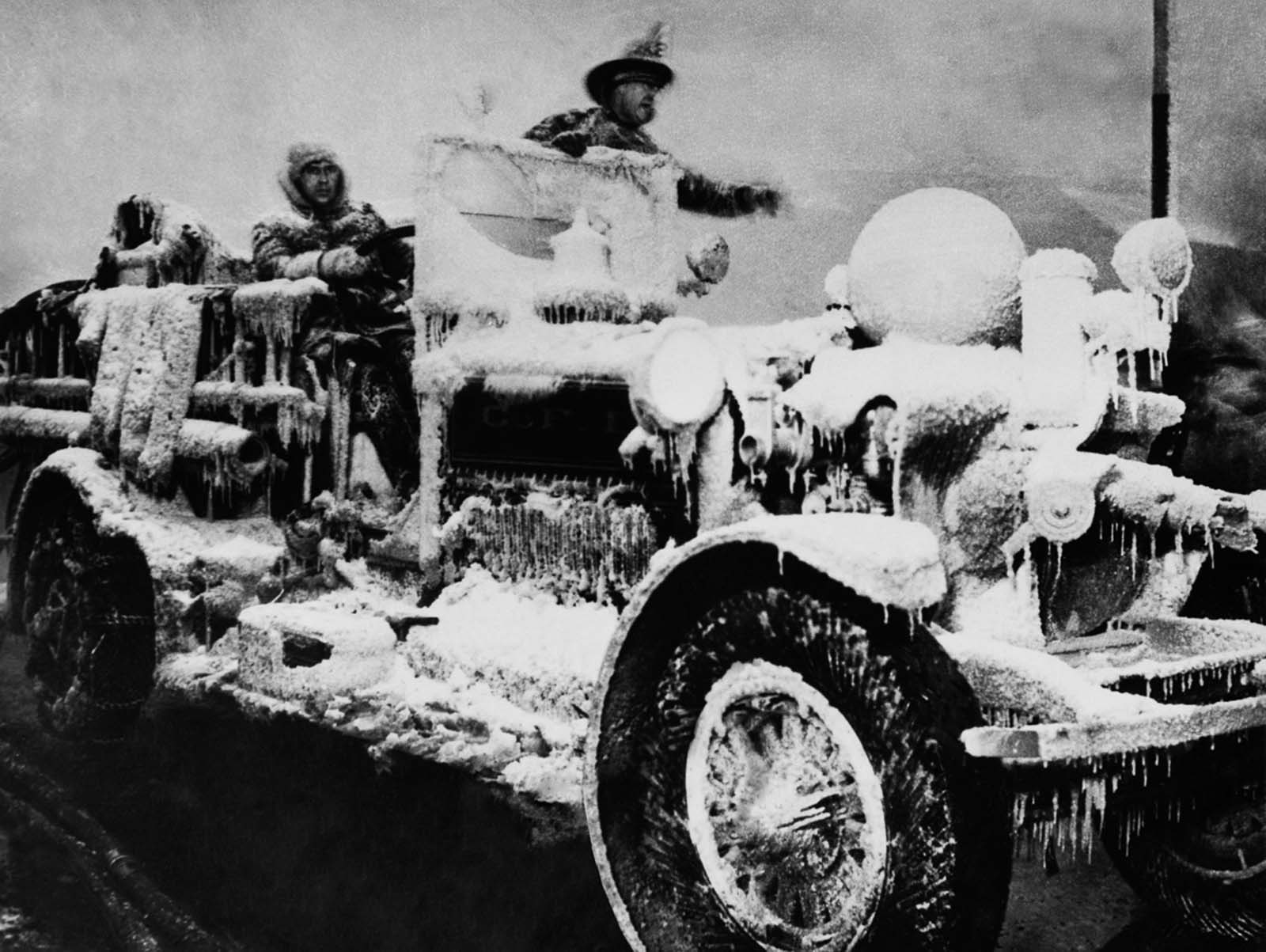 Firefighters respond to an emergency in Chicago. 1900. 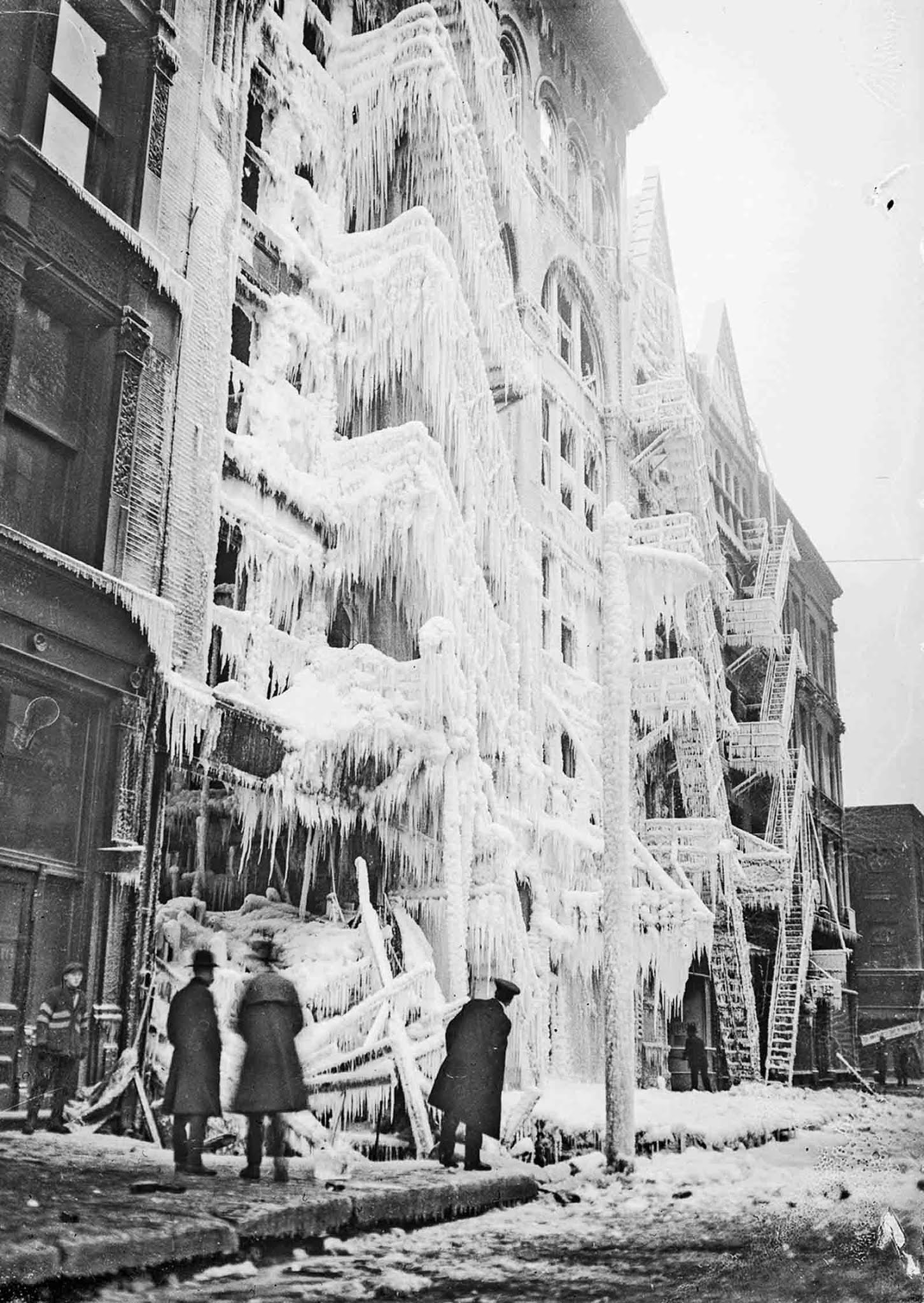 The remains of the Eureka building in Chicago. 1920. 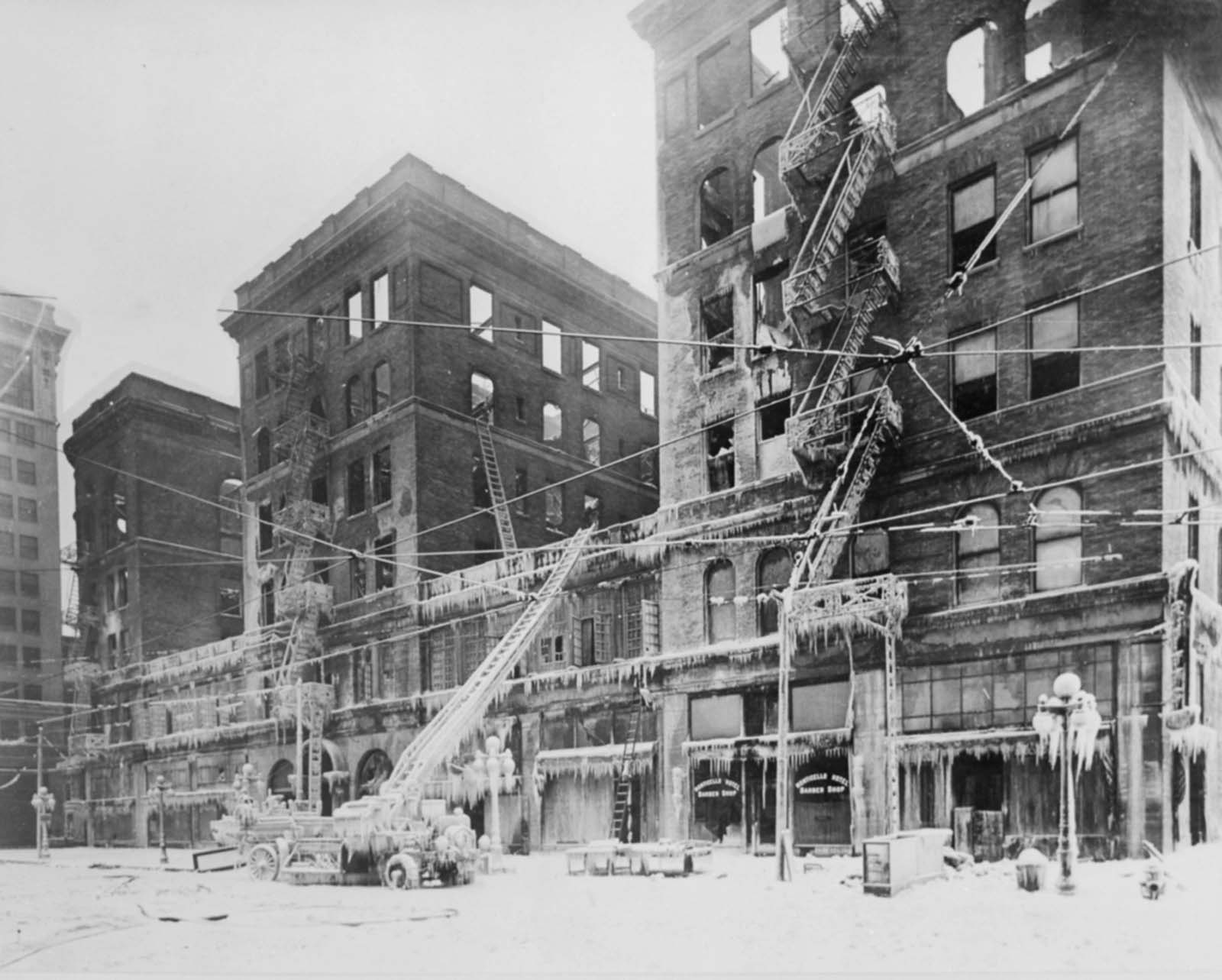 The burned and ice-encrusted remains of the Monticello Hotel in Norfolk, Virginia. 1918. 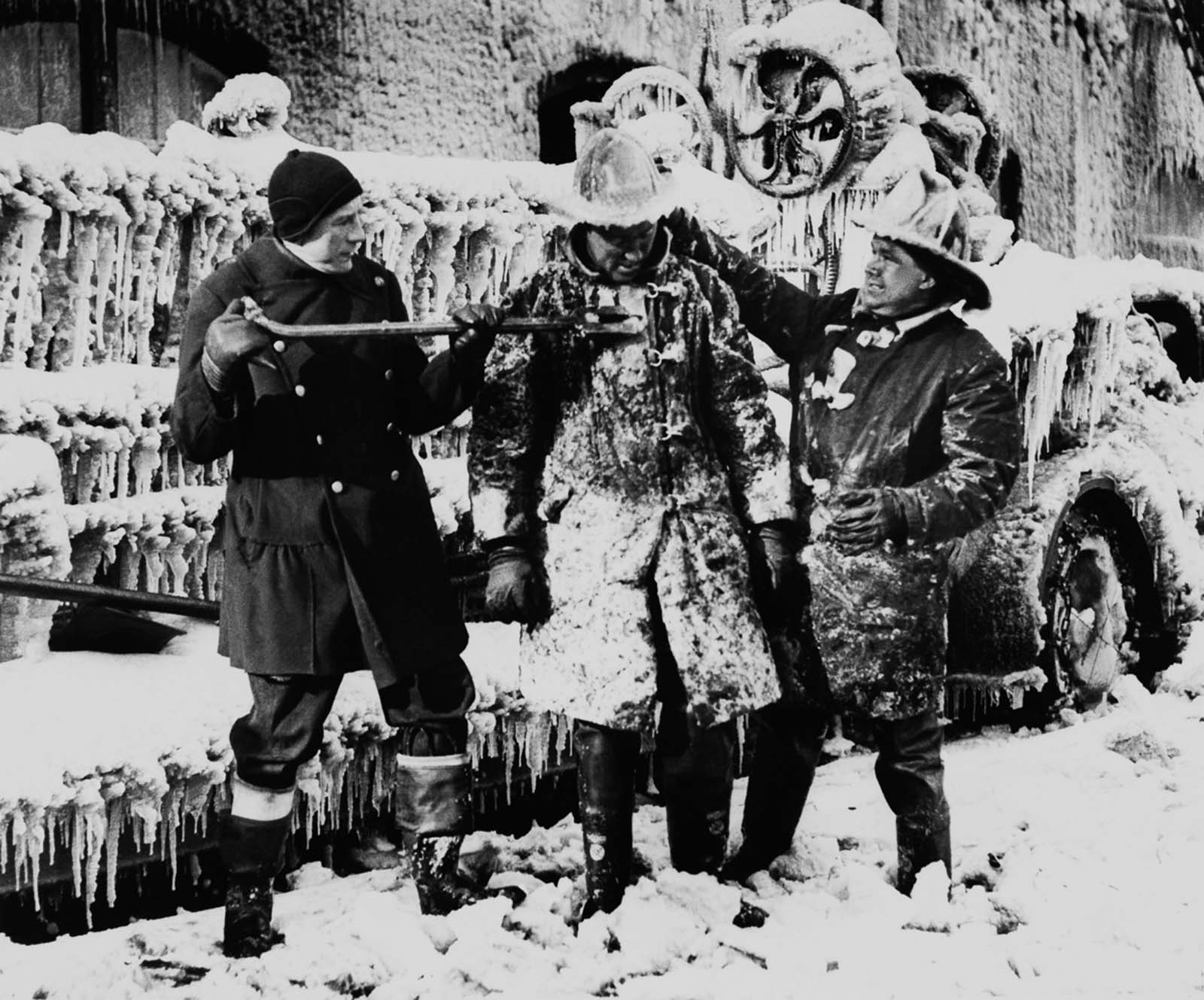 New York firefighters help a colleague chip the ice off his uniform. 1936. 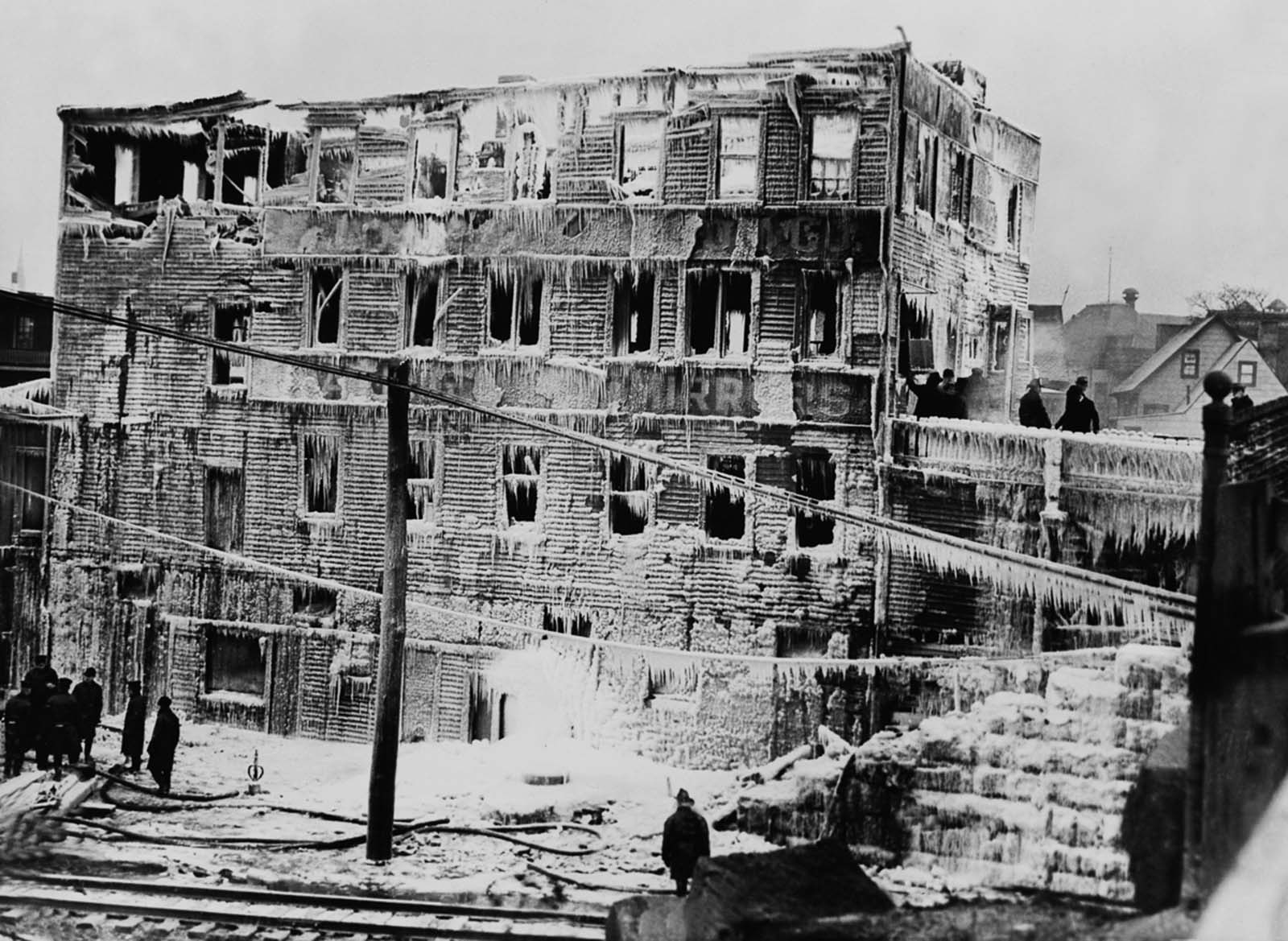 The remains of the Williamson Glass Company in Boston. 1939. 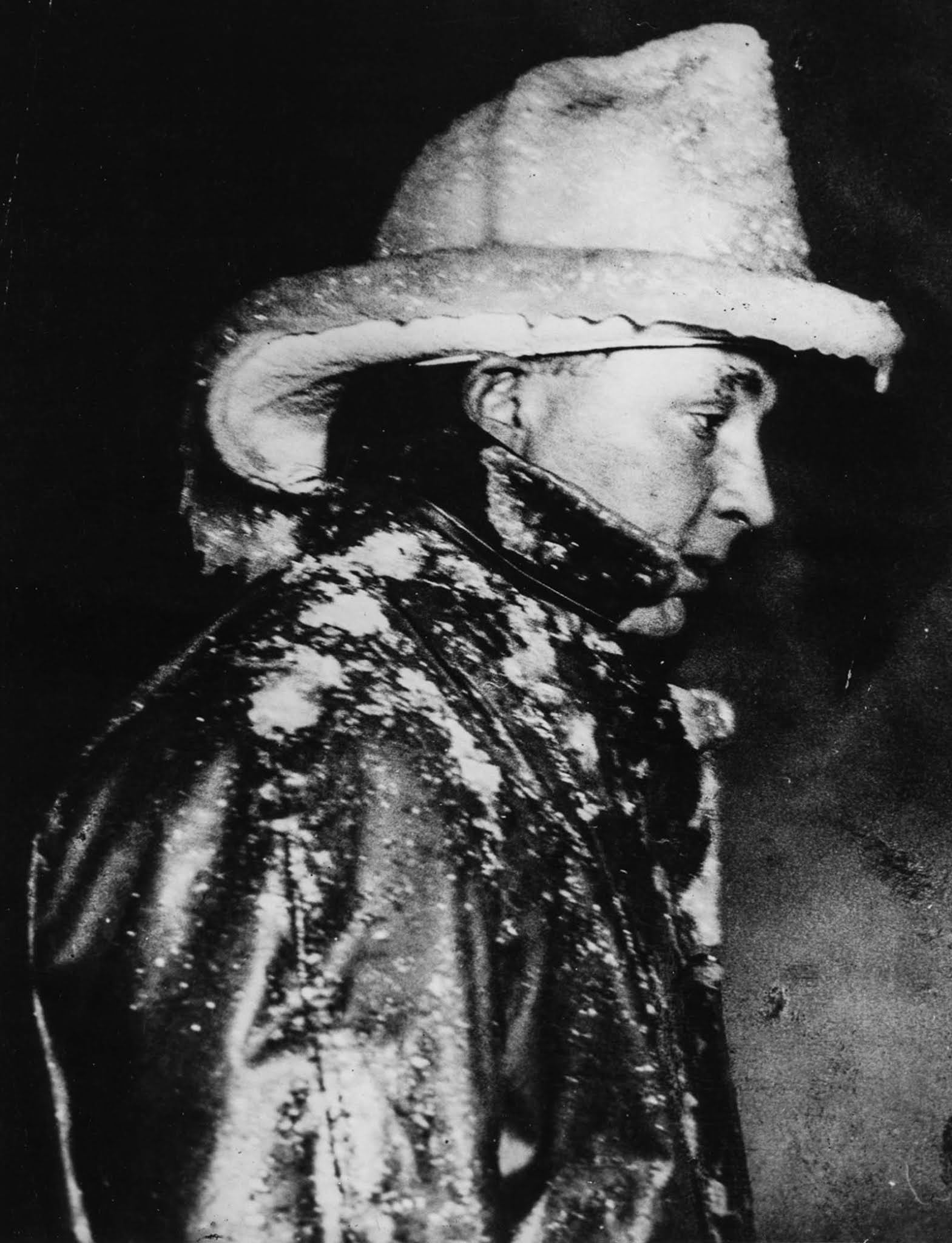 A firefighter on the scene of a blaze in Coney Island, New York. 1940. 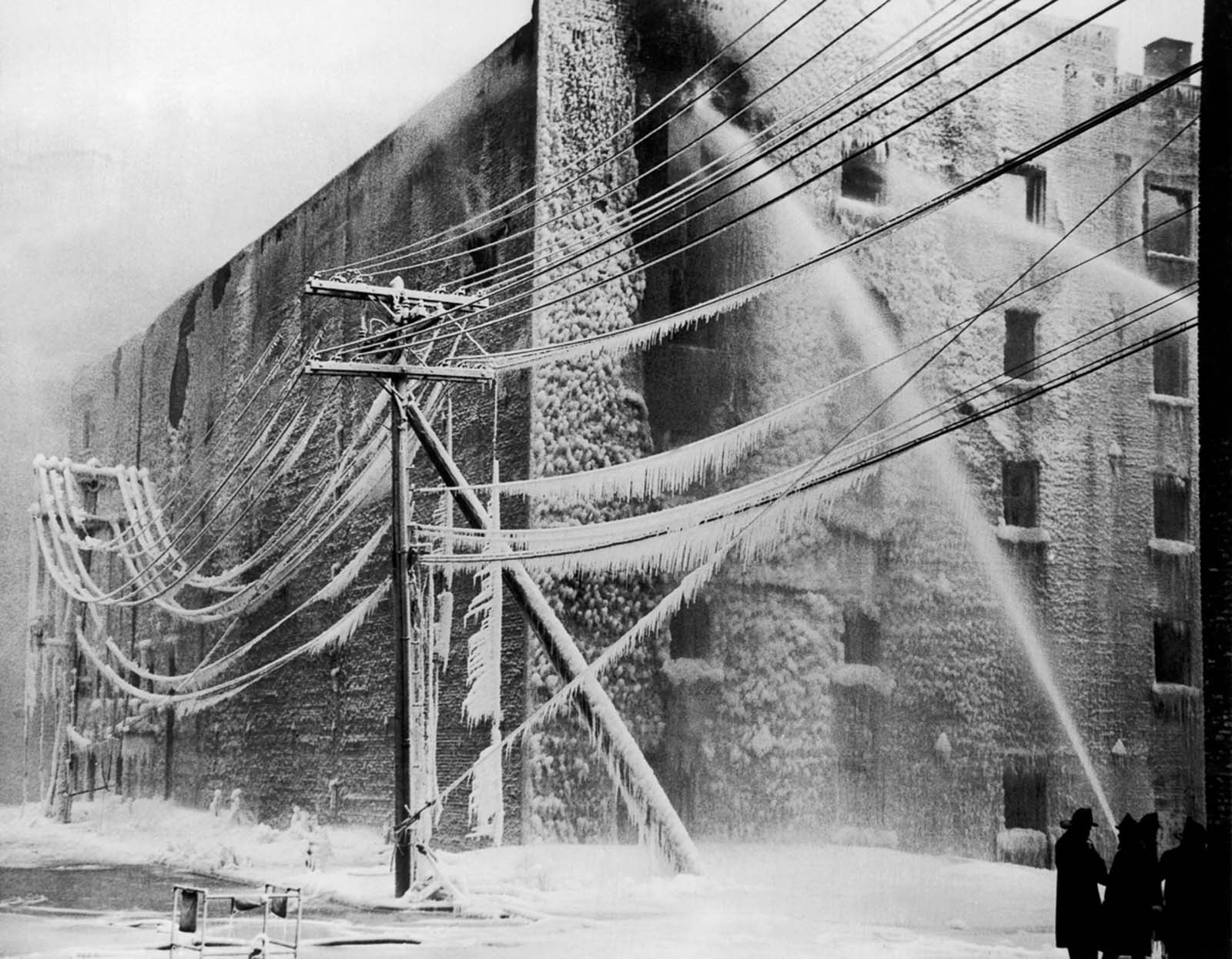 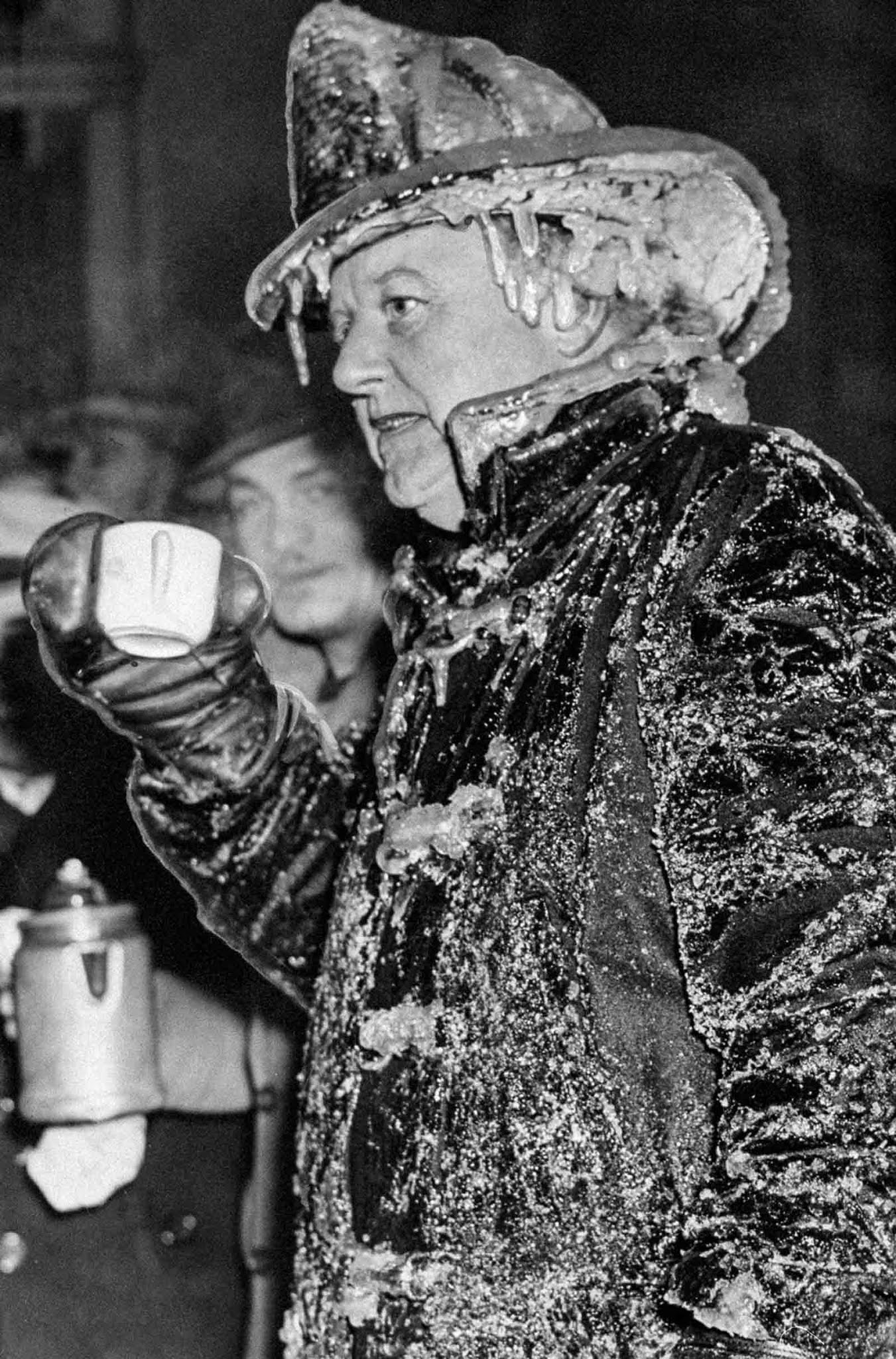 FDNY 35th Battalion Chief William Travers warms up with some coffee at a fire in Brooklyn. 1942. 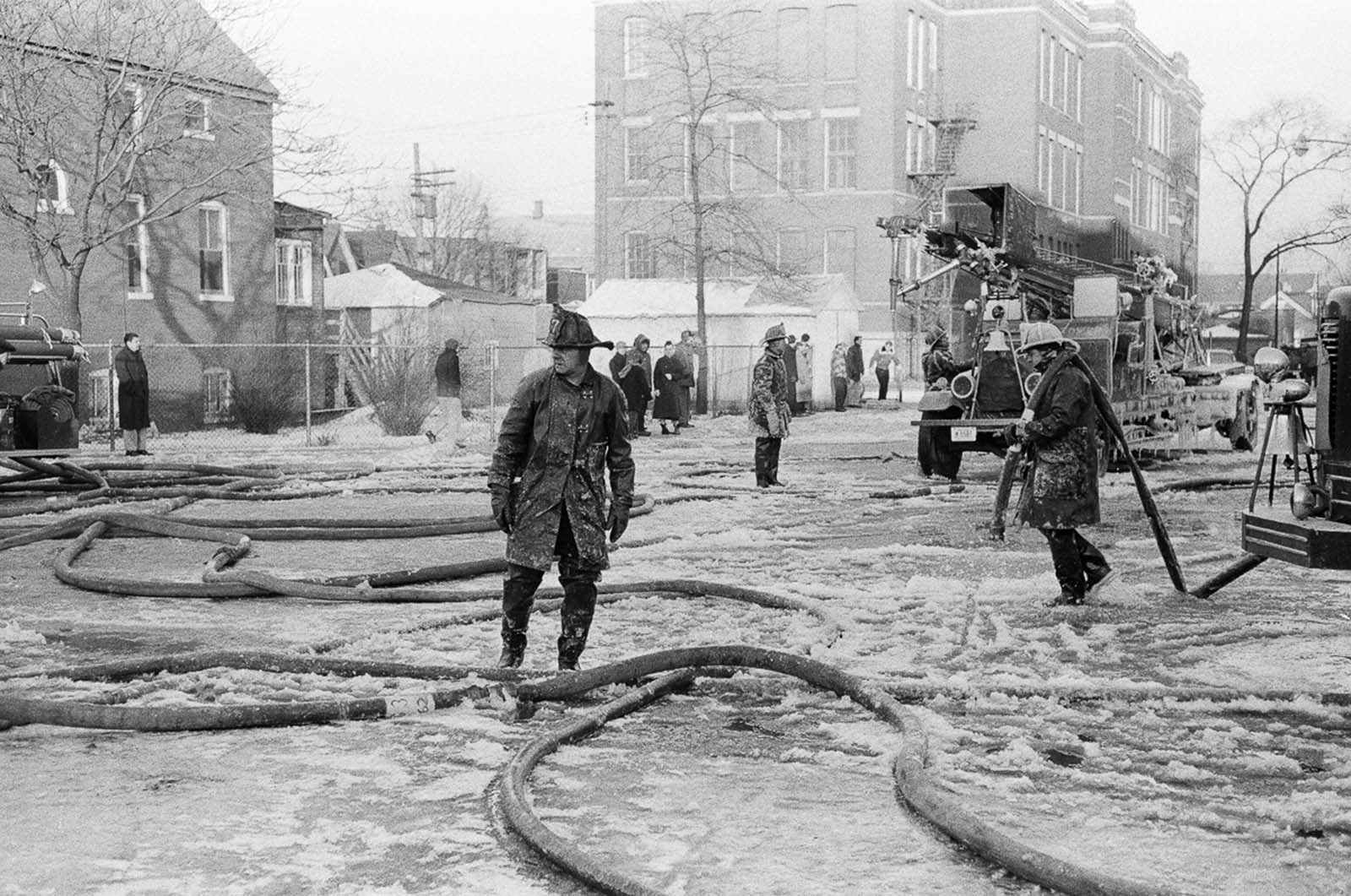 Chicago firefighters respond to a fire in sub-freezing temperatures. 1958. 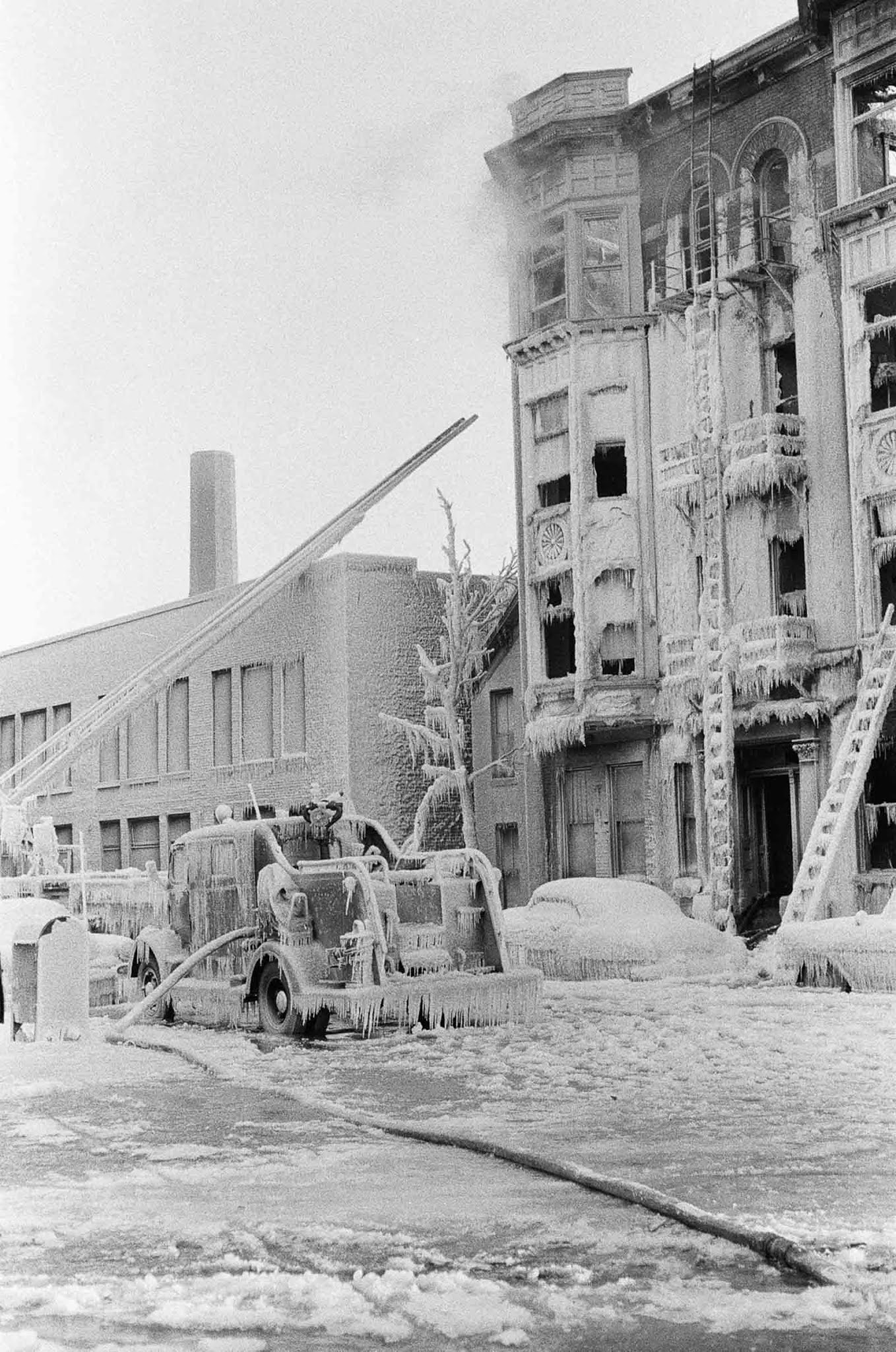 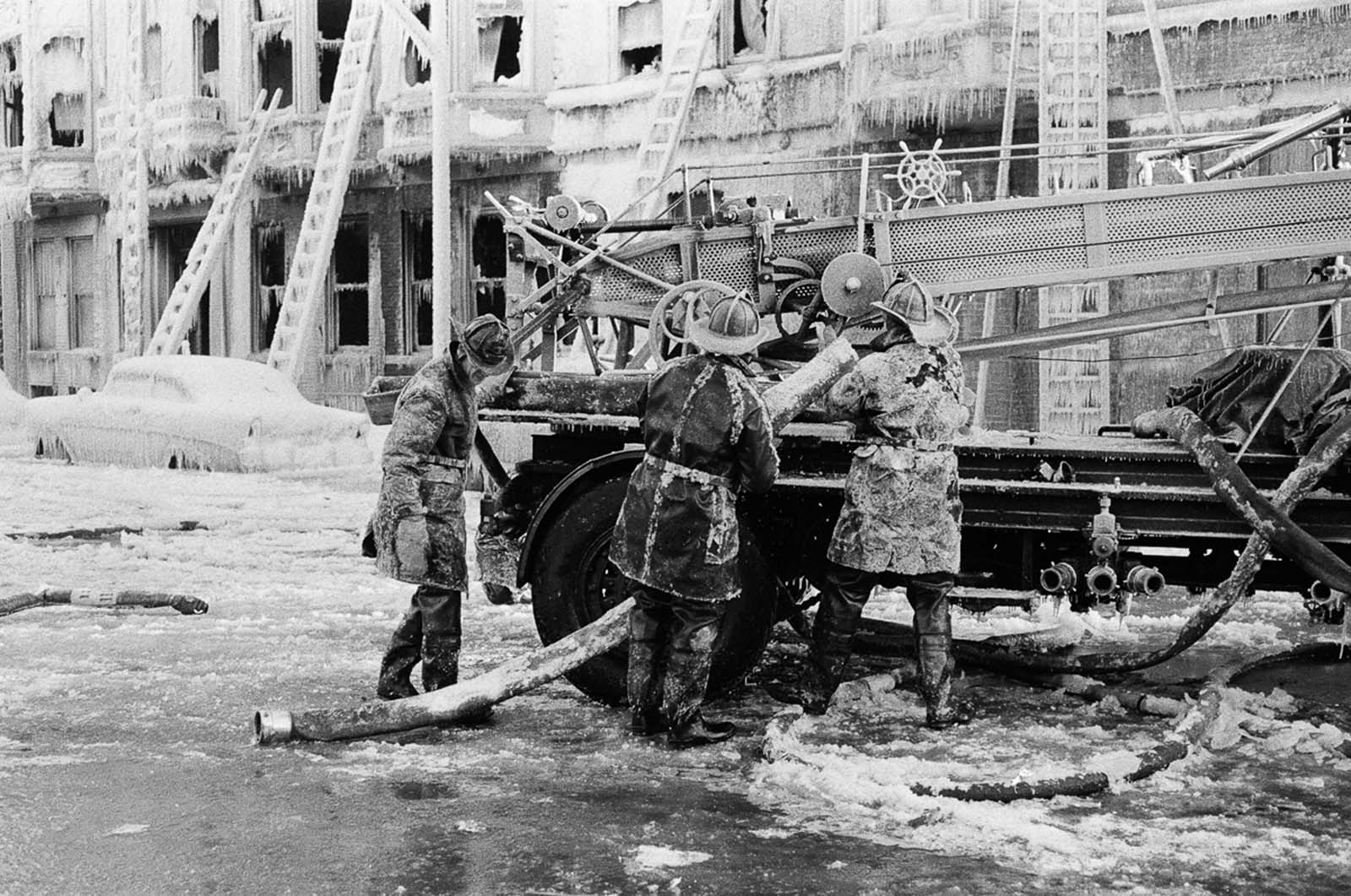 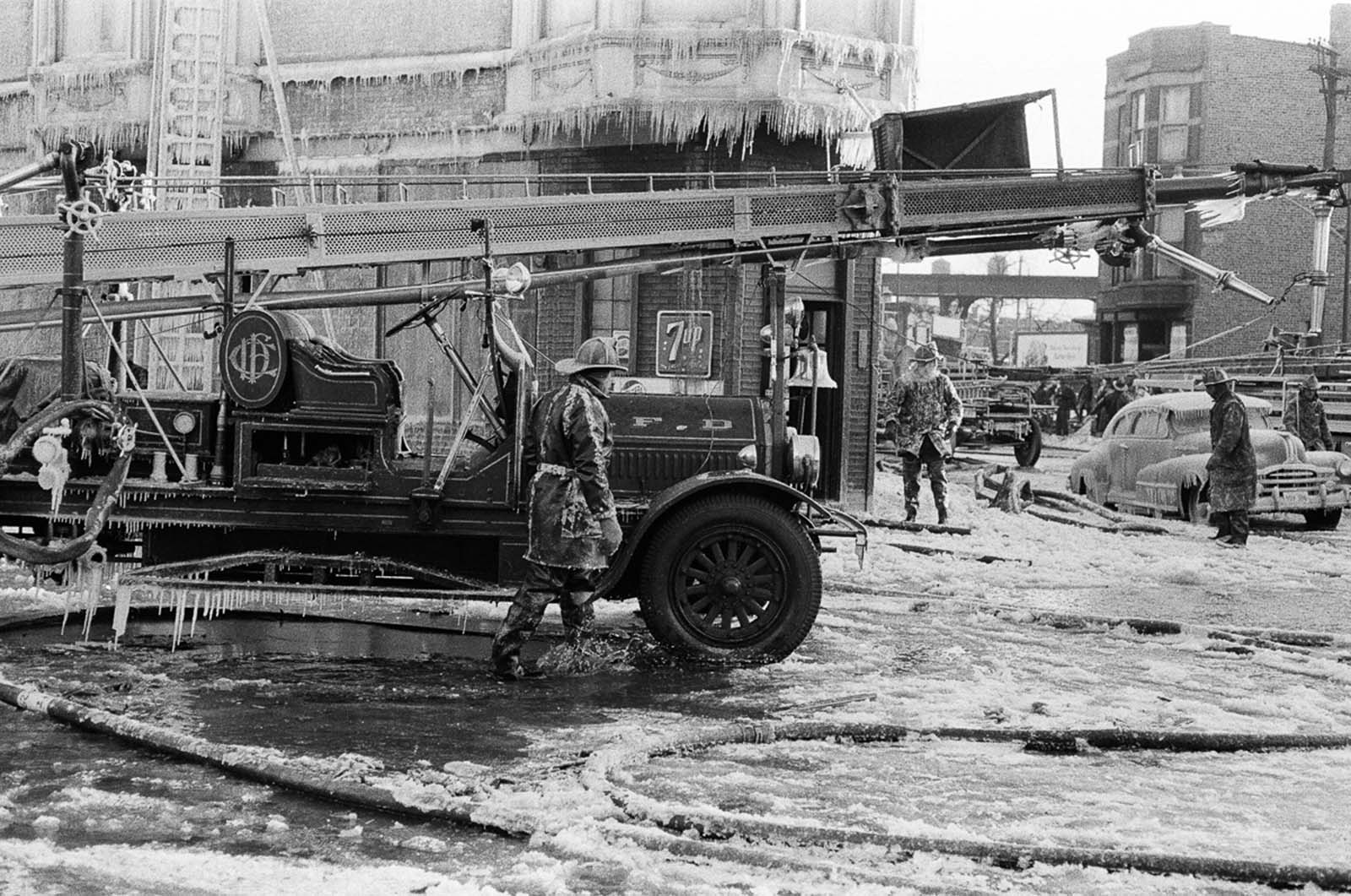 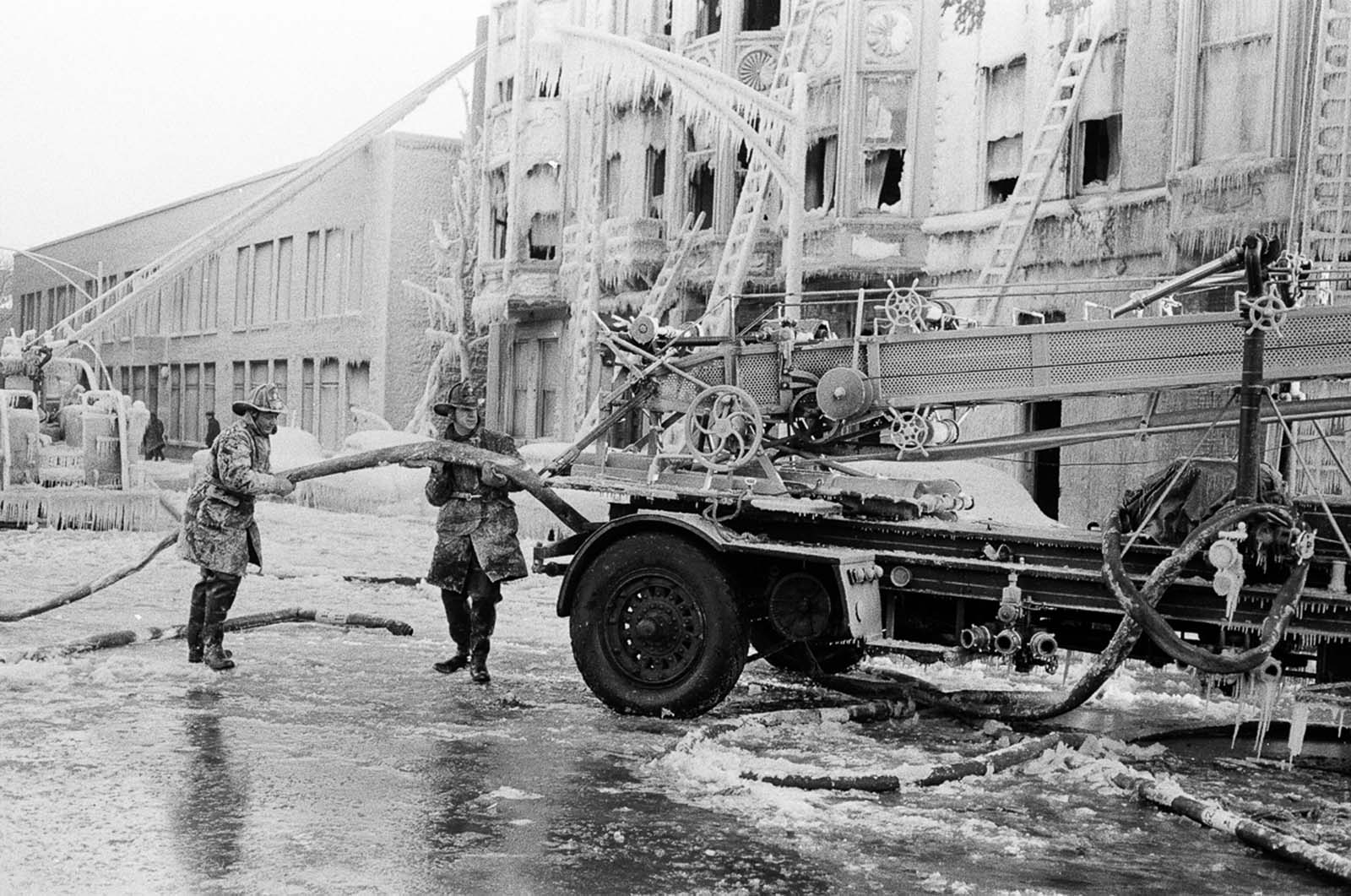 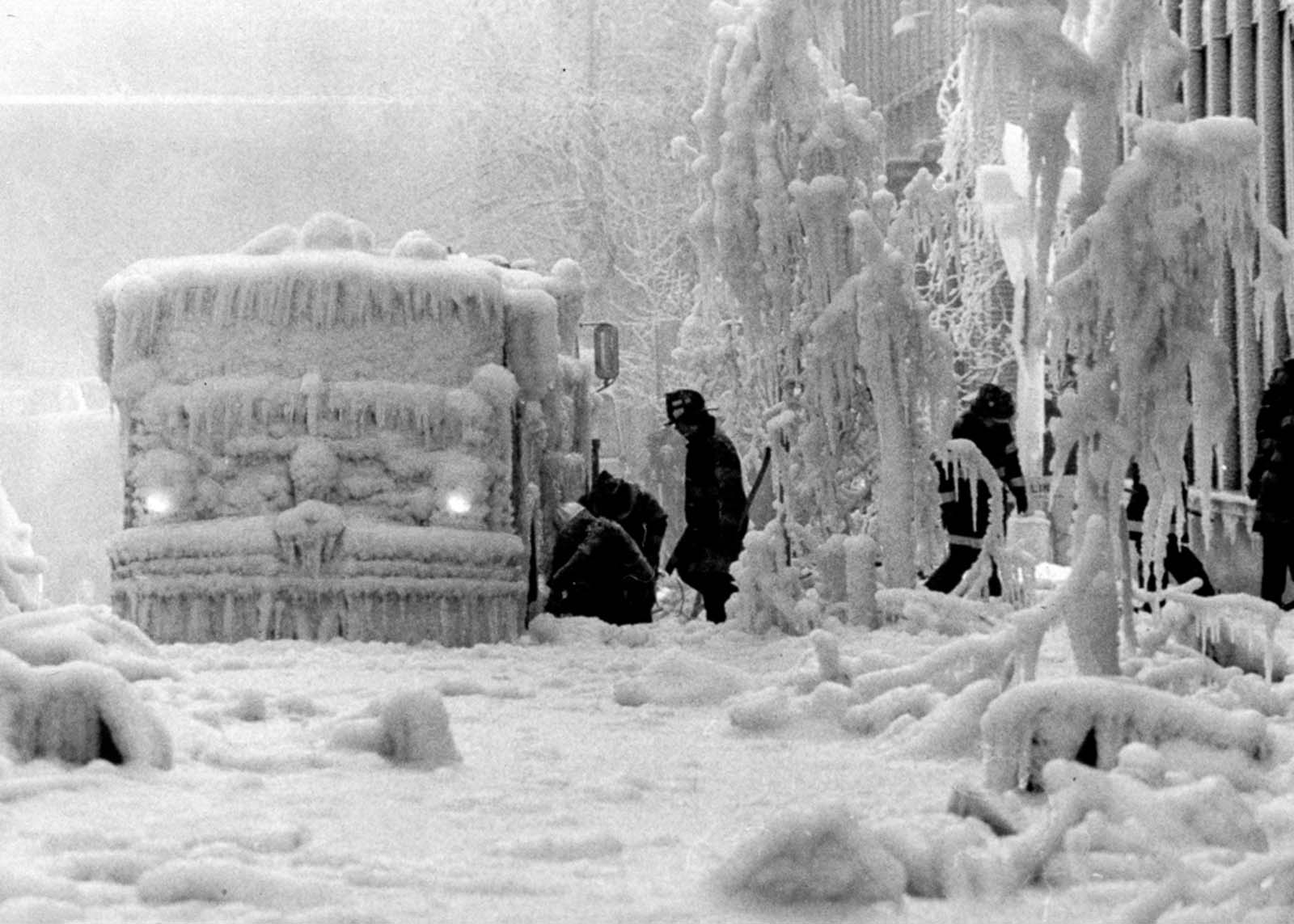 Firemen try to free equipment encrusted in ice after their fight with a five-alarm fire in a vacant hotel in Brooklyn.