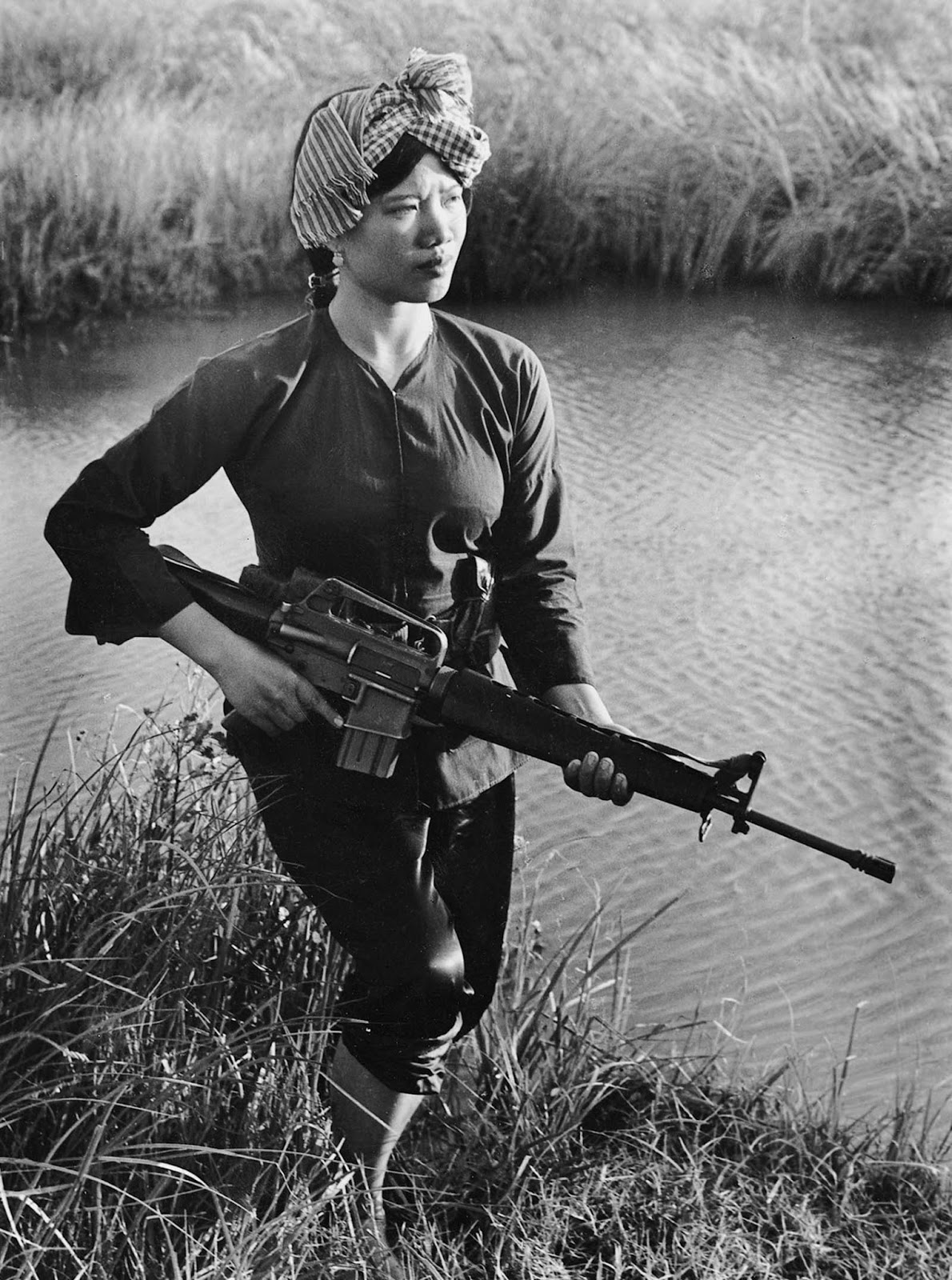 She’s wielding an M-16, the standard-issue American soldier’s rifle. Usually, these types of photos were taken for propaganda purposes. North Vietnamese women were deeply involved at all levels of the military campaign throughout the war, especially at the business end, fighting against the American-led forces in the jungle.

Why she’s carrying an American rifle?

The Viet Cong forces were very successful at acquiring and using American-made arms, which led directly to most of their big successes in the early to mid-60s. The weapons weren’t necessarily from dead American soldiers.

M-16s had a 30% failure rate in most of the battles. The vast majority of the early failures were due to inadequate or even no care/cleaning of the rifles (in most cases they were issued without cleaning kits).

Most American soldiers that went into service with the M-16 were given virtually no training on how to care for the weapon, they assumed it would need the same amount of cleaning as the M-14, and M1-grand designs.

Once cleaning kits were dispensed and troops were trained how frequently to clean the weapon, failure rates on the M16 drastically went down. Still, they were high for a service weapon.