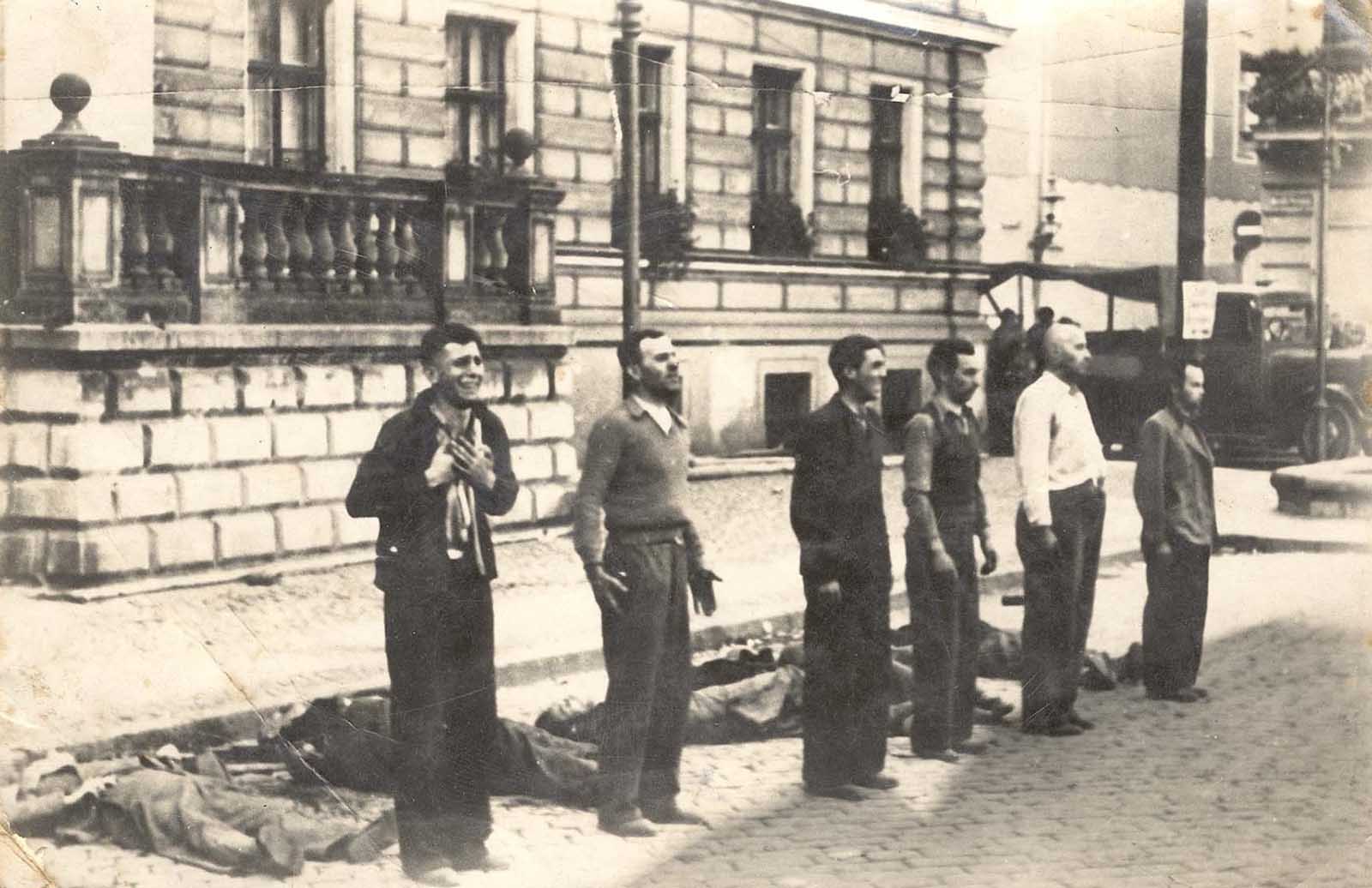 Facing the Death: Poles shot by Germans in Bydgoszcz, September 9, 1939.

It’s interesting to see the range of emotions displayed by these men: anguish, defiance, stoicism, acceptance, and fear, the third one from the left is even smiling. The execution took place during the Bloody Sunday in Bydgoszcz, Poland, 1939.

Bloody Sunday was a series of killings of members of the German minority that took place at the beginning of World War II. On September 3, 1939, two days after the beginning of the German invasion of Poland, highly controversial killings occurred in and around Bydgoszcz (German: Bromberg), a Polish city with a sizable German minority. The number of casualties and other details of the incident are disputed among historians.

The Nazis exploited the deaths as grounds for a massacre of Polish inhabitants after the Wehrmacht captured the town. In an act of retaliation for the killings on Bloody Sunday, a number of Polish civilians were executed by German military units of the Einsatzgruppen, Waffen SS, and Wehrmacht.

According to German historian Christian Raitz von Frentz, 876 Poles were tried by the German tribunal for involvement in the events of Bloody Sunday before the end of 1939. 87 men and 13 women were sentenced without the right to appeal.

Polish historian Czesław Madajczyk notes 120 executions in relation to Bloody Sunday, and the execution of 20 hostages after a German soldier was allegedly attacked by a Polish sniper.

The term “Bloody Sunday” was created and supported by Nazi propaganda officials. An instruction issued to the press said: “… must show news on the barbarism of Poles in Bromberg. The expression ‘Bloody Sunday’ must enter as a permanent term in the dictionary and circumnavigate the globe. For that reason, this term must be continuously underlined”.

Goebbels’ Propaganda Ministry heavily exploited the events to try to gain support in Germany for the invasion. Reports from the press and newsreels showed Polish violence against the German minority in Poland.

Goebbels had initially estimated that 5,800 Germans had been killed during Bloody Sunday but in 1940 increased the estimate to 58,000 which was subsequently published in the pamphlet “Polish Atrocities Against the German Minority in Poland” which convinced most Germans for the invasion and fueled more hatred against the Poles.