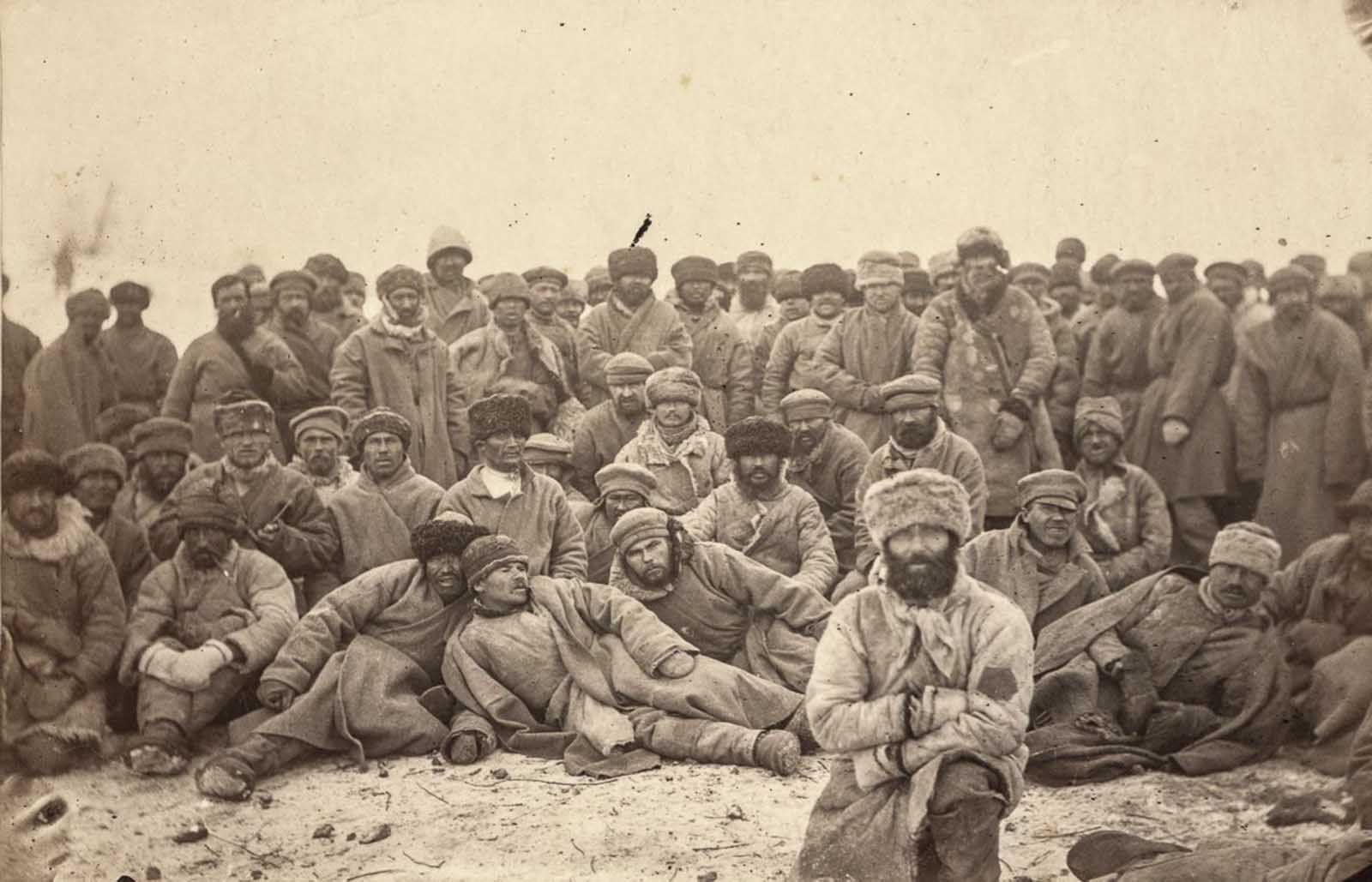 A group of convicts sentenced to hard labor.

These photographs are taken by George Kennan, an American explorer noted for his travels in the Kamchatka and Caucasus regions of the Russian Empire.

In 1864, he secured employment with the Russian–American Telegraph Company to survey a route for a proposed overland telegraph line through Siberia and across the Bering Strait. Having spent two years in the wilds of Kamchatka, he soon became well-known for his lectures, articles, and a book about his travels.

In May 1885, Kennan began another voyage in Russia, this time across Siberia from Europe. He had been very publicly positive about the Tsarist Russian government and its policies and his journey was approved by the Russian government.

However, in the course of his meetings with exiled dissidents during his travel, Kennan changed his mind about the Russian imperial system. 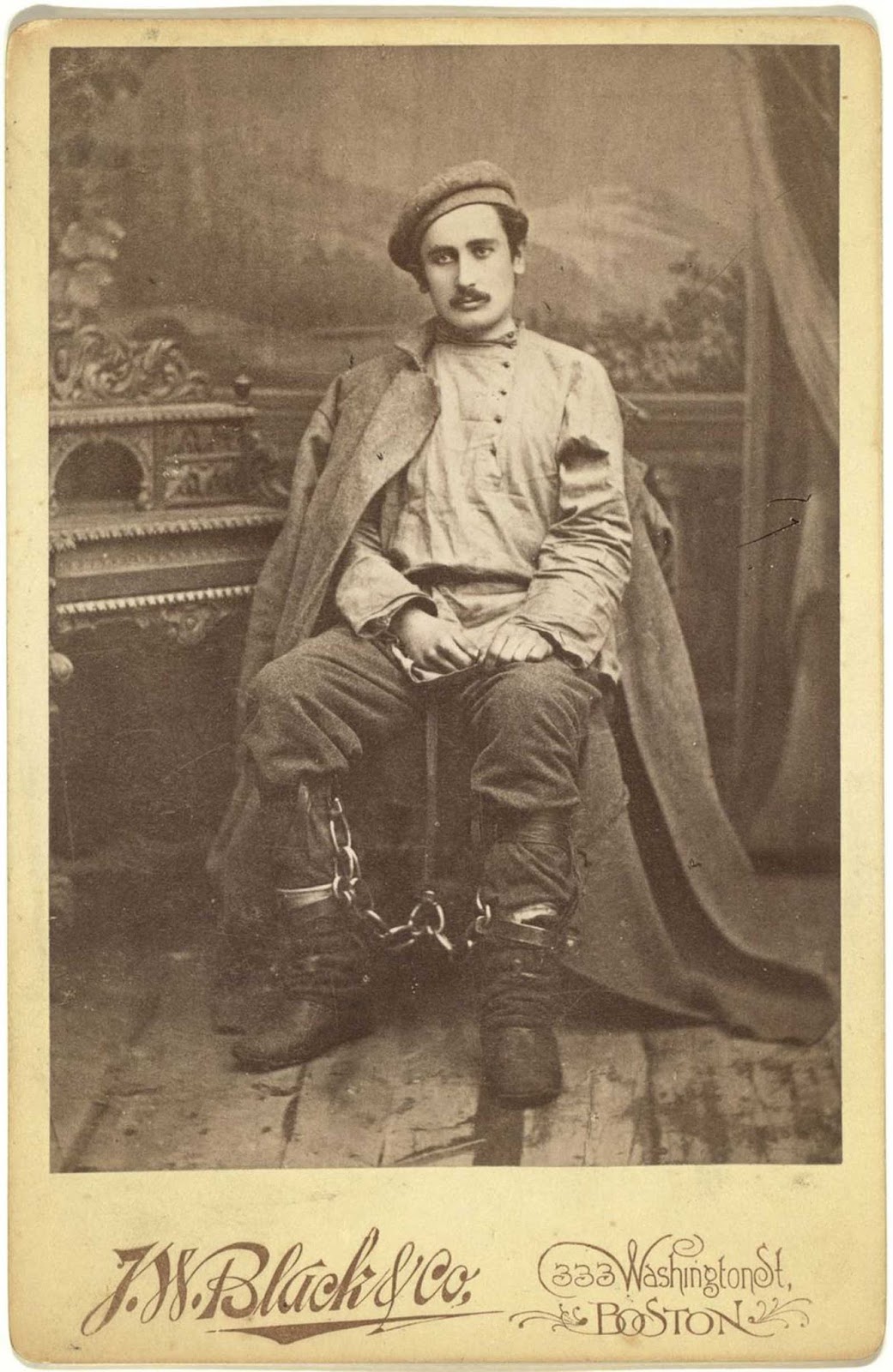 A studio portrait of a Russian prisoner in leg irons.

On his return to the United States in August 1886, he became an ardent critic of the Russian autocracy and began to espouse the cause of Russian democracy.

Kennan devoted much of the next twenty years to promoting the cause of a Russian revolution, mainly by lecturing. His reports on conditions in Siberia were published serially by Century Magazine, and in 1891, he published a two-volume book Siberia and The Exile System.

It, with first-hand interviews, data, and drawings, had an influential effect on American public opinion. In 1901, the Russian government responded by banning him from Russia. 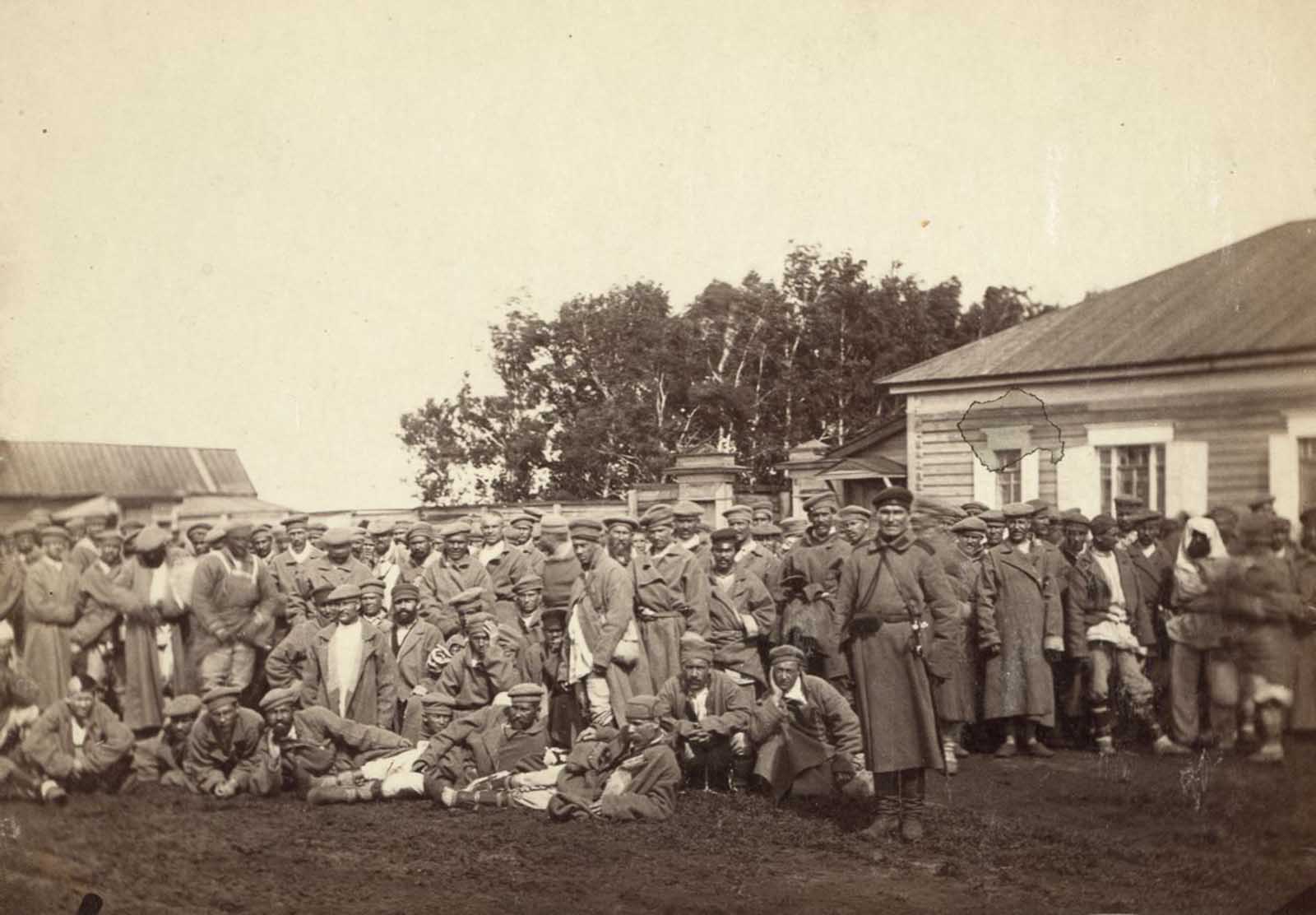 Convicts at Tyumen wait to board barges on the Ob River for transport to prisons around Siberia. 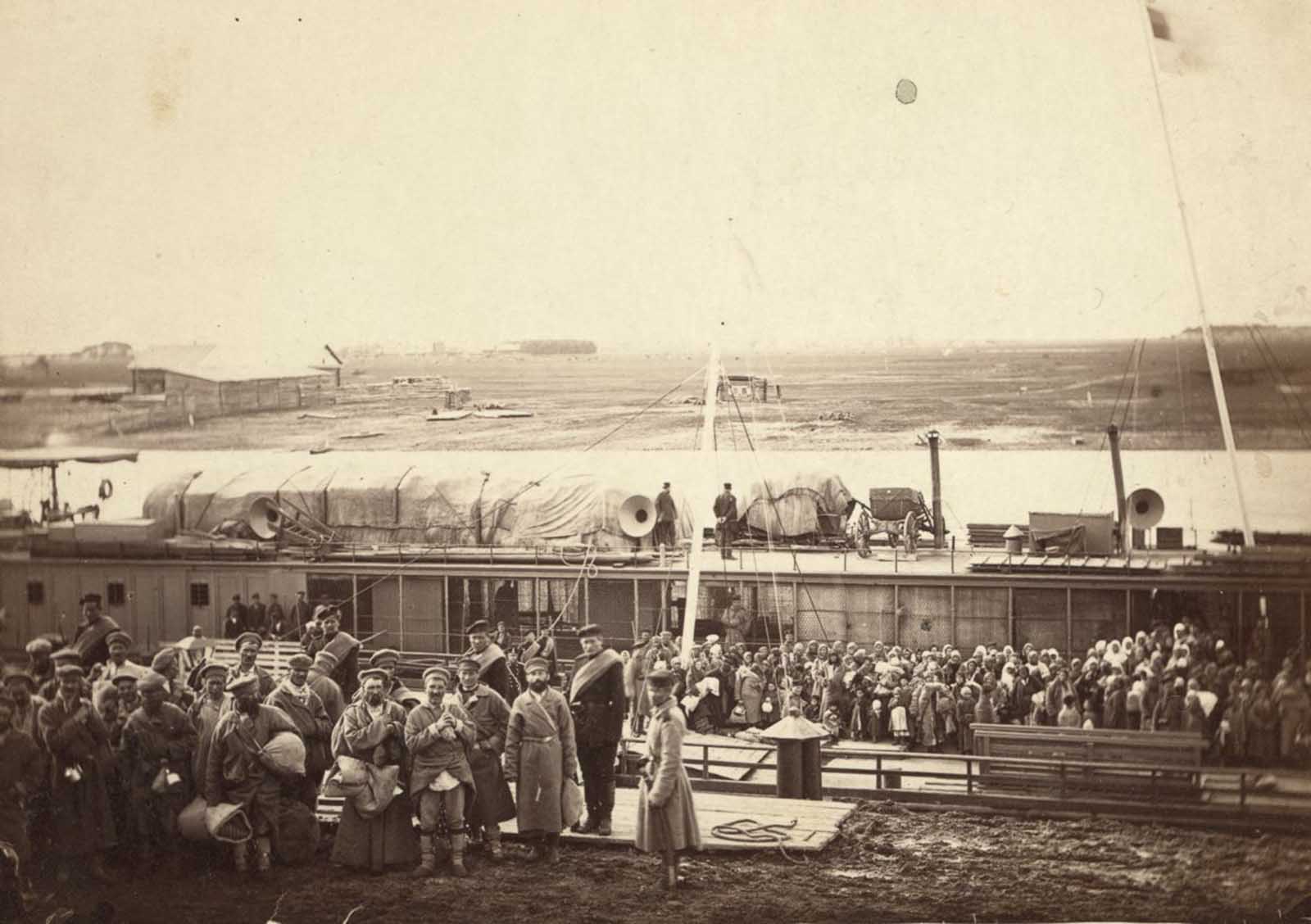 Exiles and convicts wait at Tyumen wait to board a prison barge for Tomsk. Many are joined voluntarily by their wives and children. 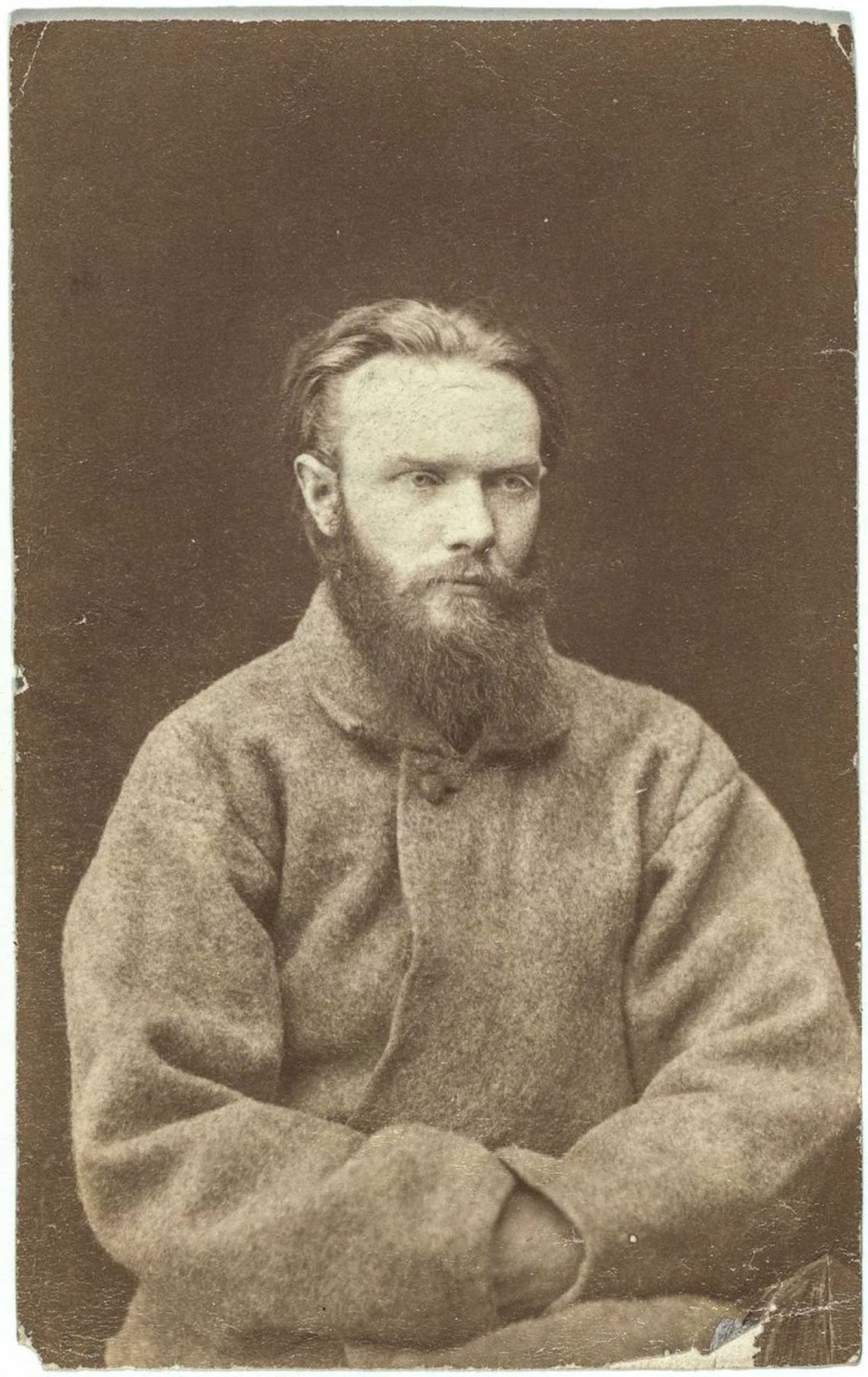 Shchedrin, a schoolteacher, was a political prisoner at the Kara gold mines who escaped in April 1882 by tunneling under the prison wall. He and other prisoners were recaptured and permanently chained to wheelbarrows, before being sent to isolation cells at the castle of Schlisselburg. 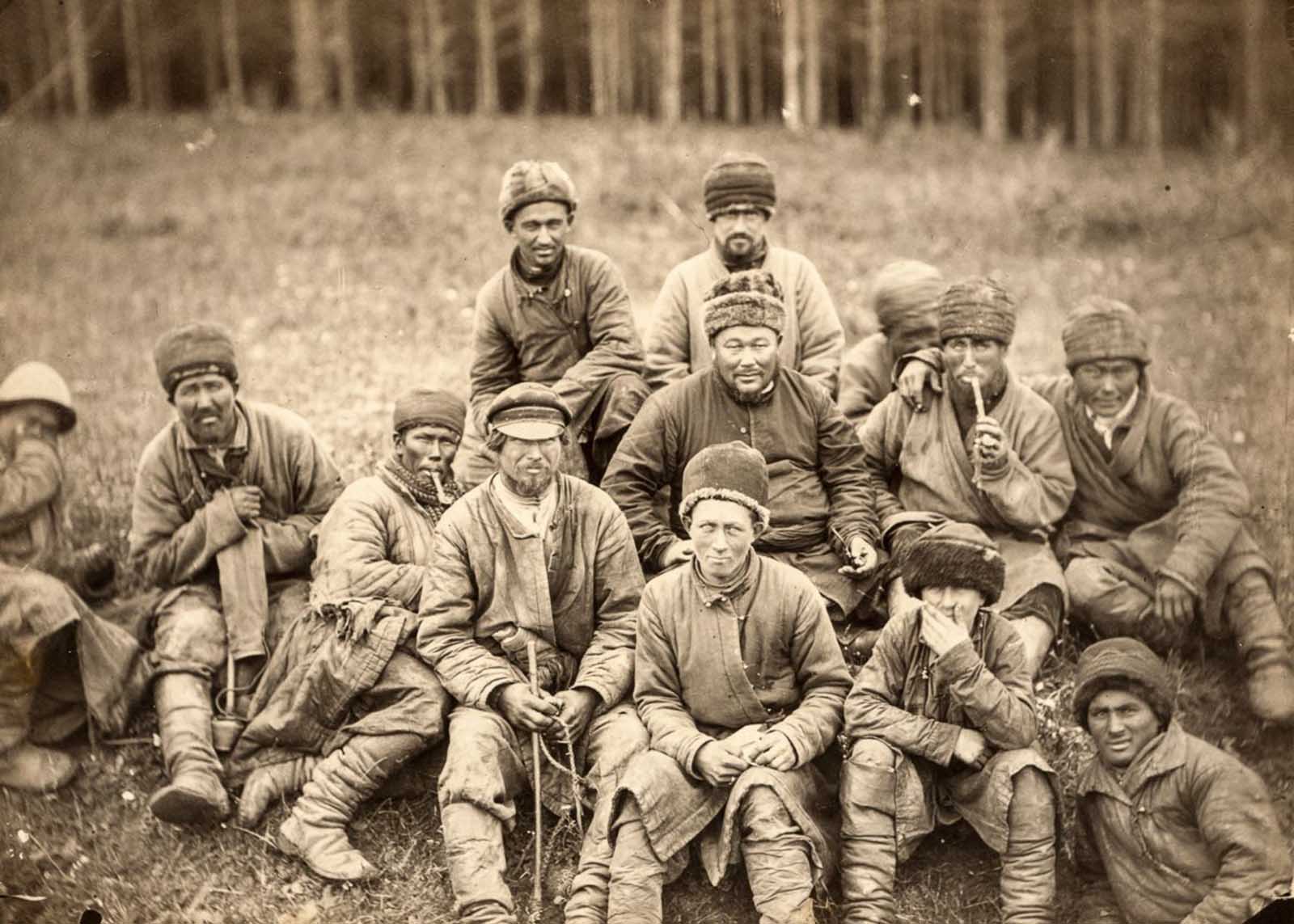 A group of convicts rest by a roadside. 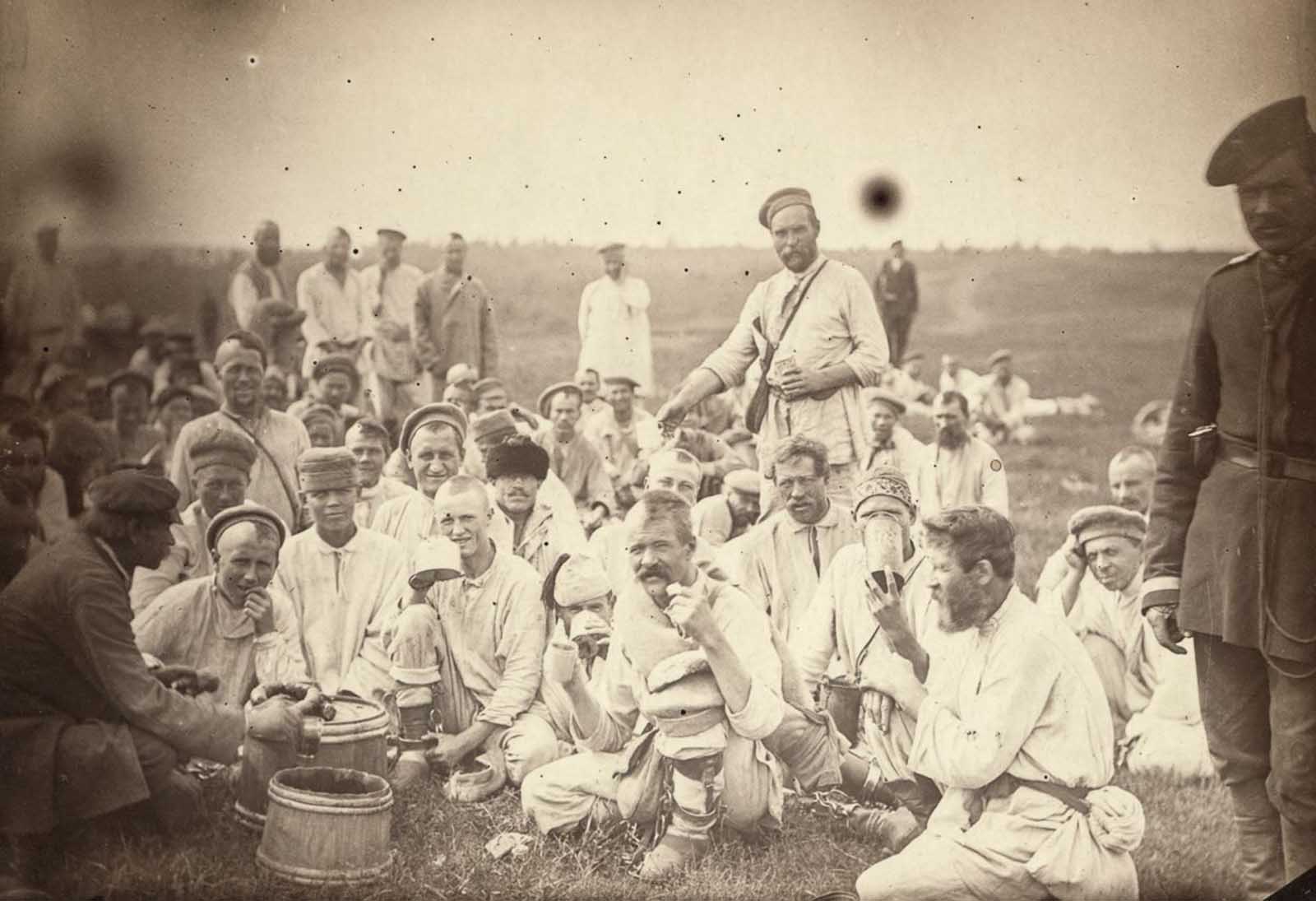 Convicts eat lunch by a roadside. 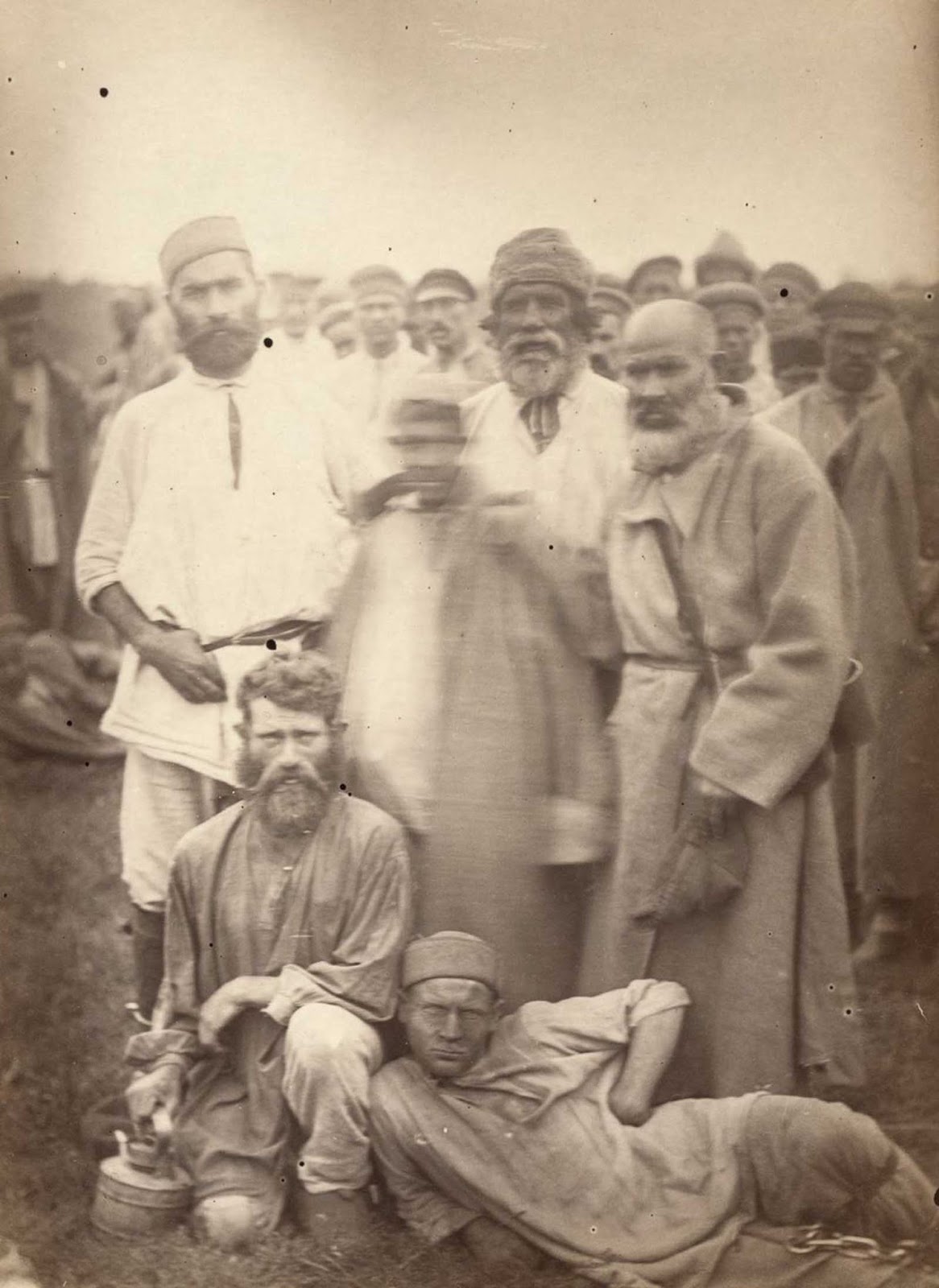 Convicts on a road near Tomsk. 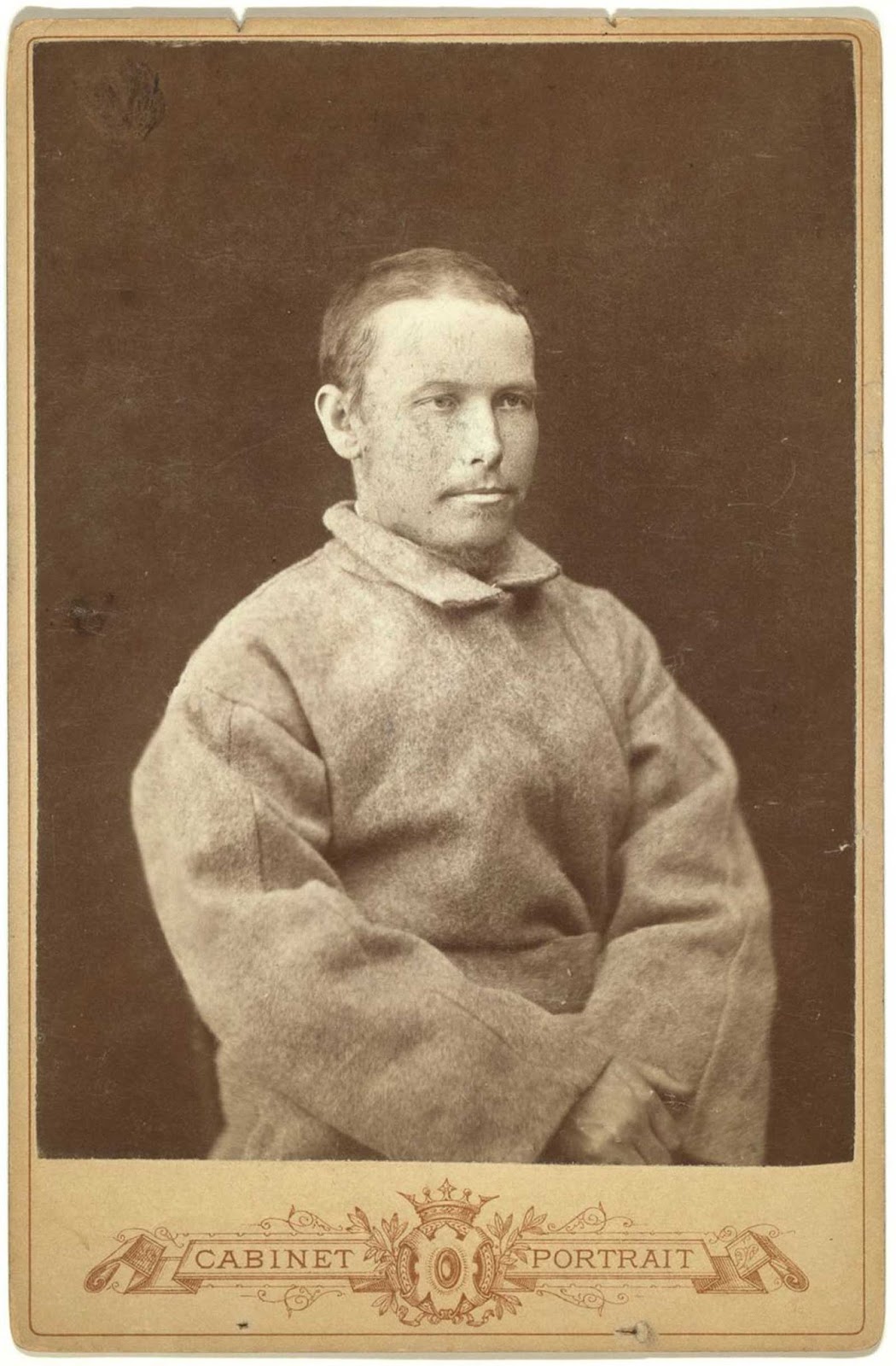 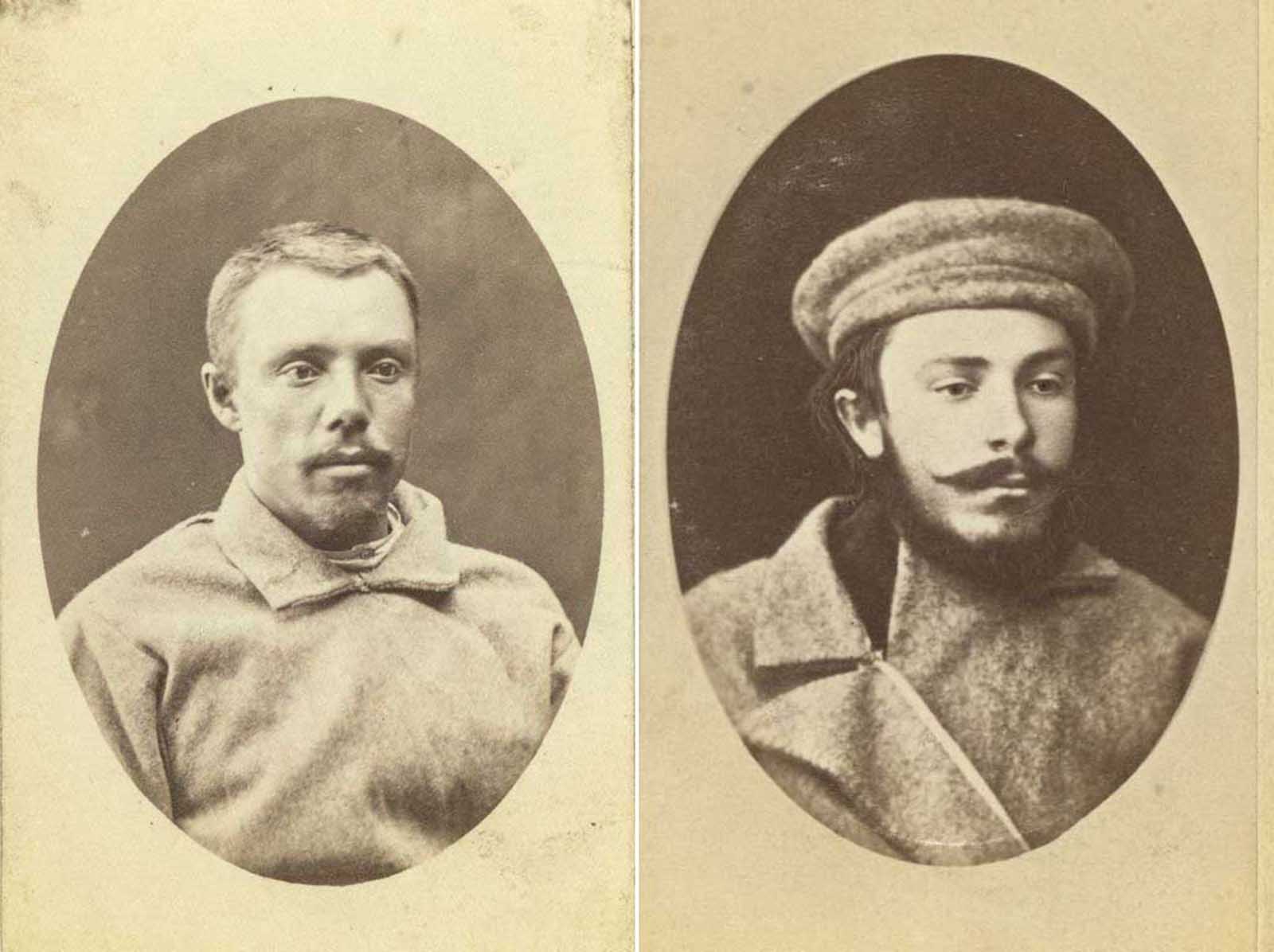 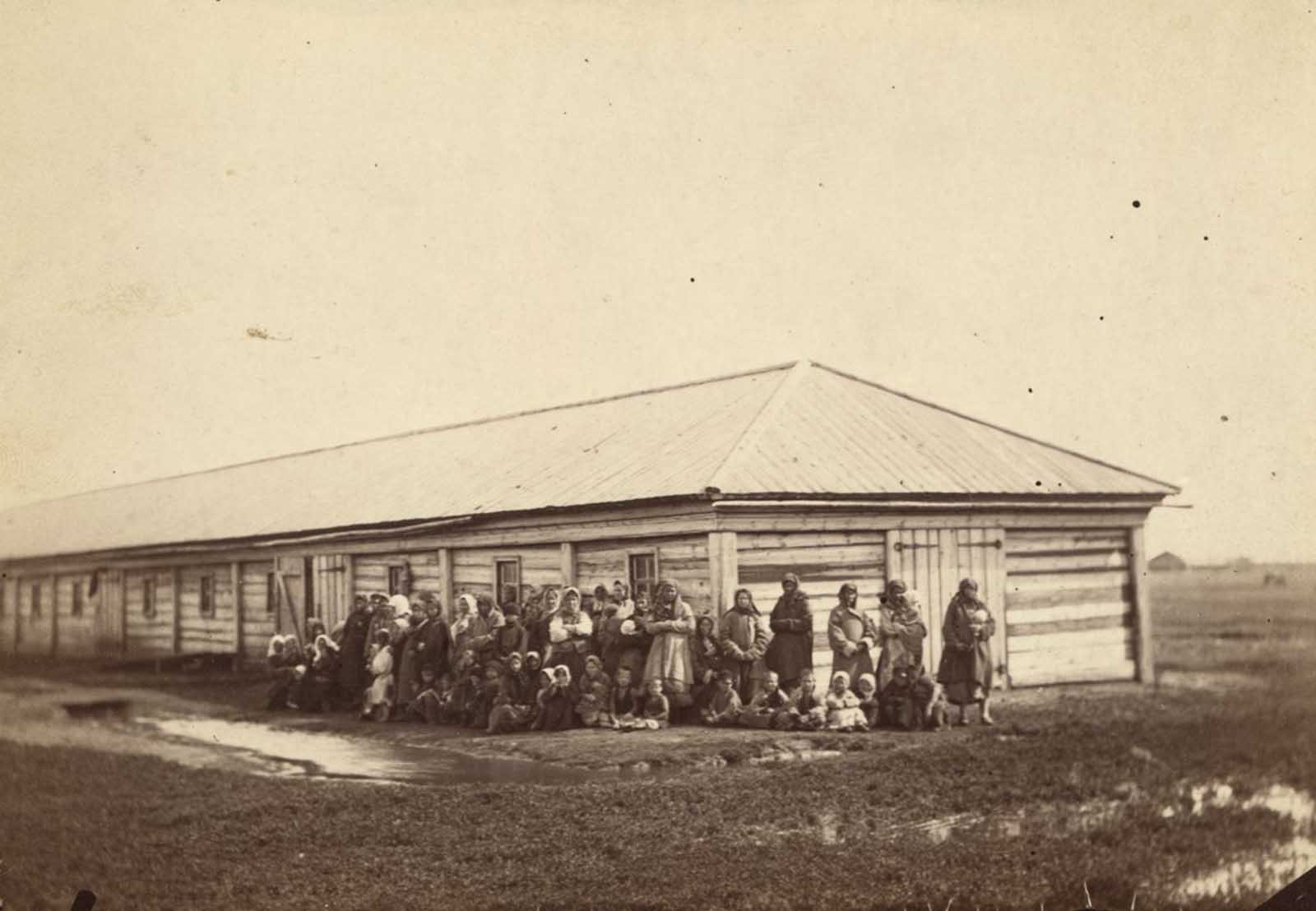 Women and children exiles stand in front of their barracks. 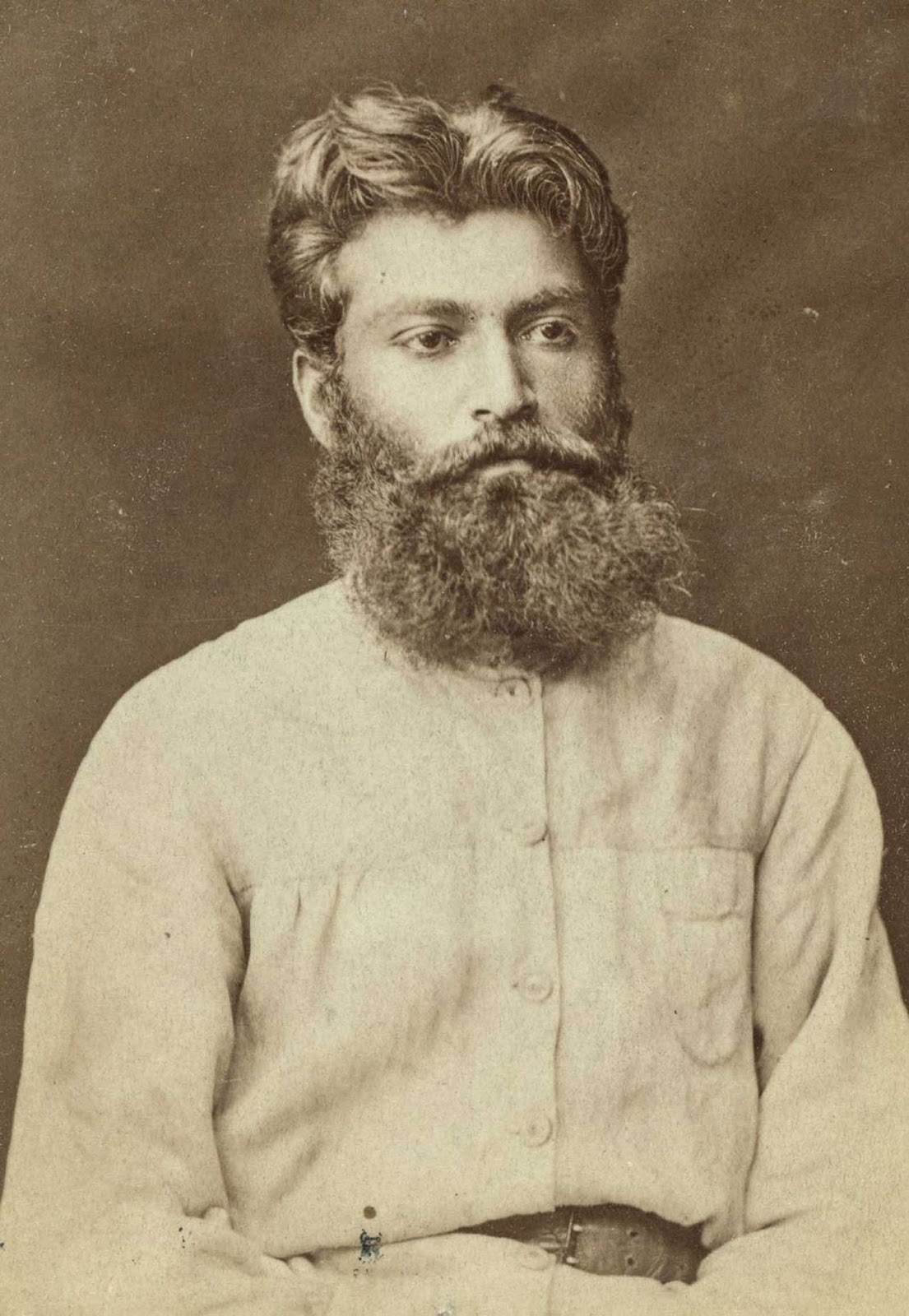 Kardashof, a political exile living in the Buriat village of Selenginsk who had served his penal term at the Kara gold mines. 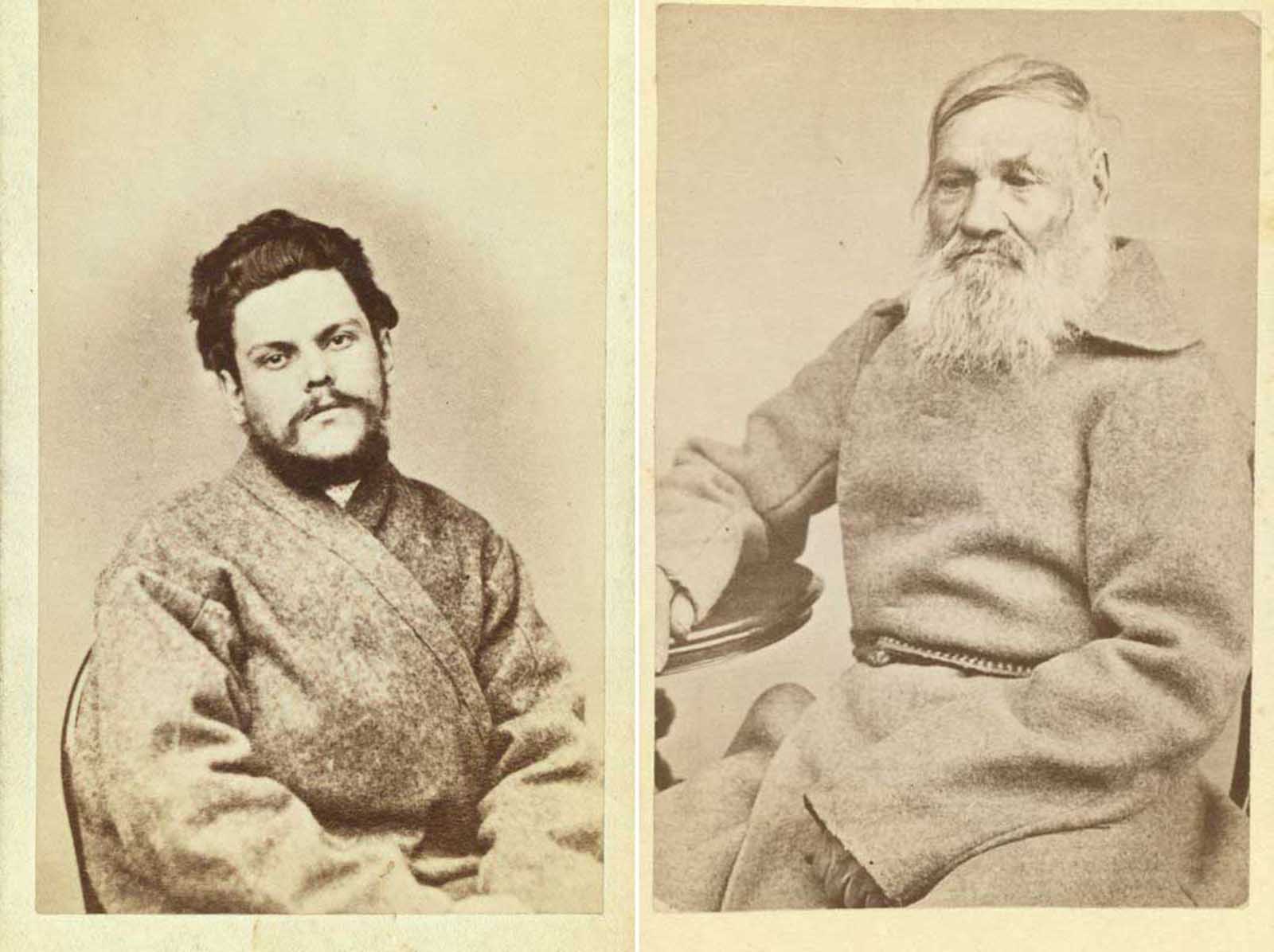 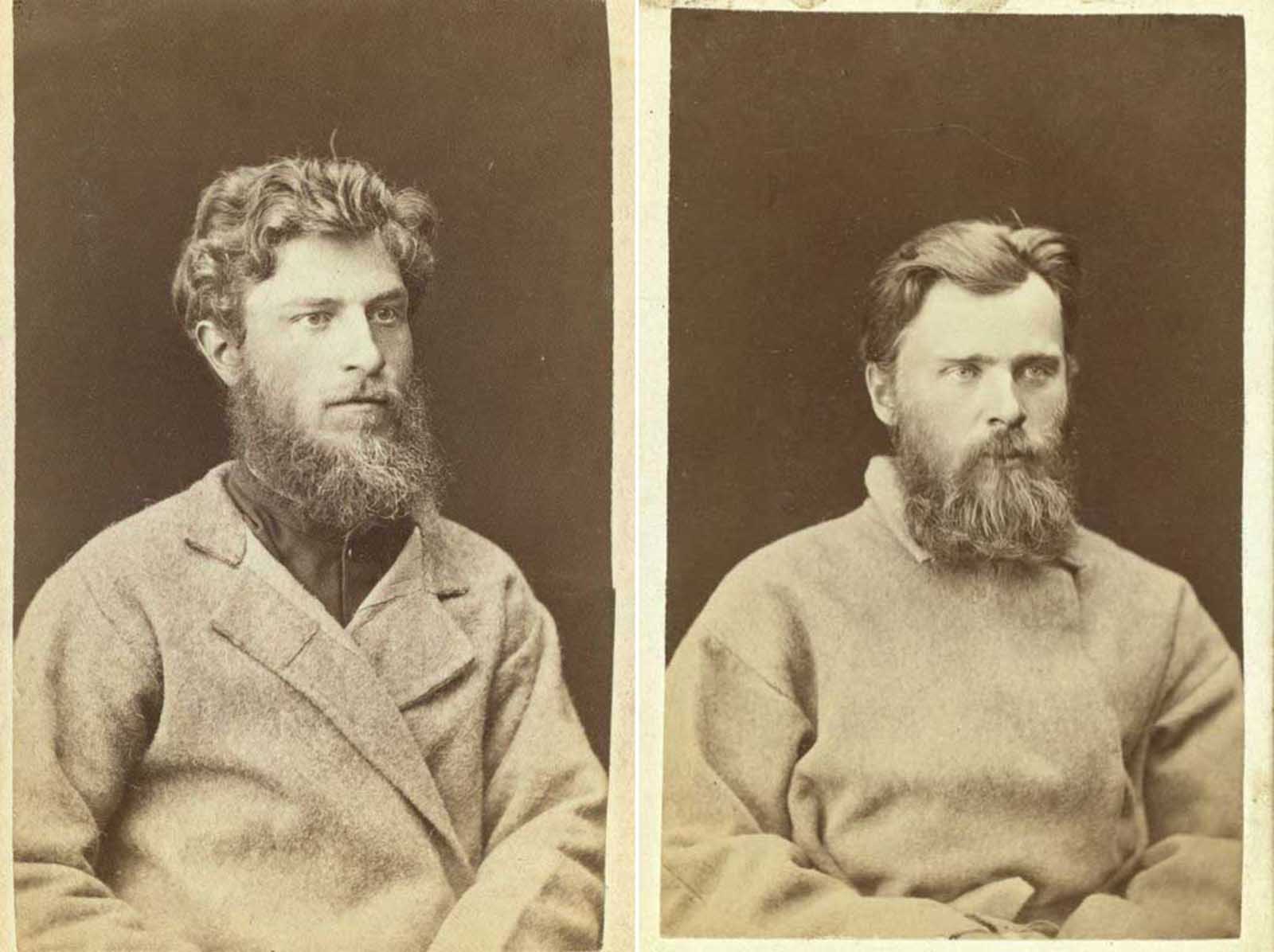 (Left) Scheffer, a prisoner at the mines of Kara. (Right) Yonof. 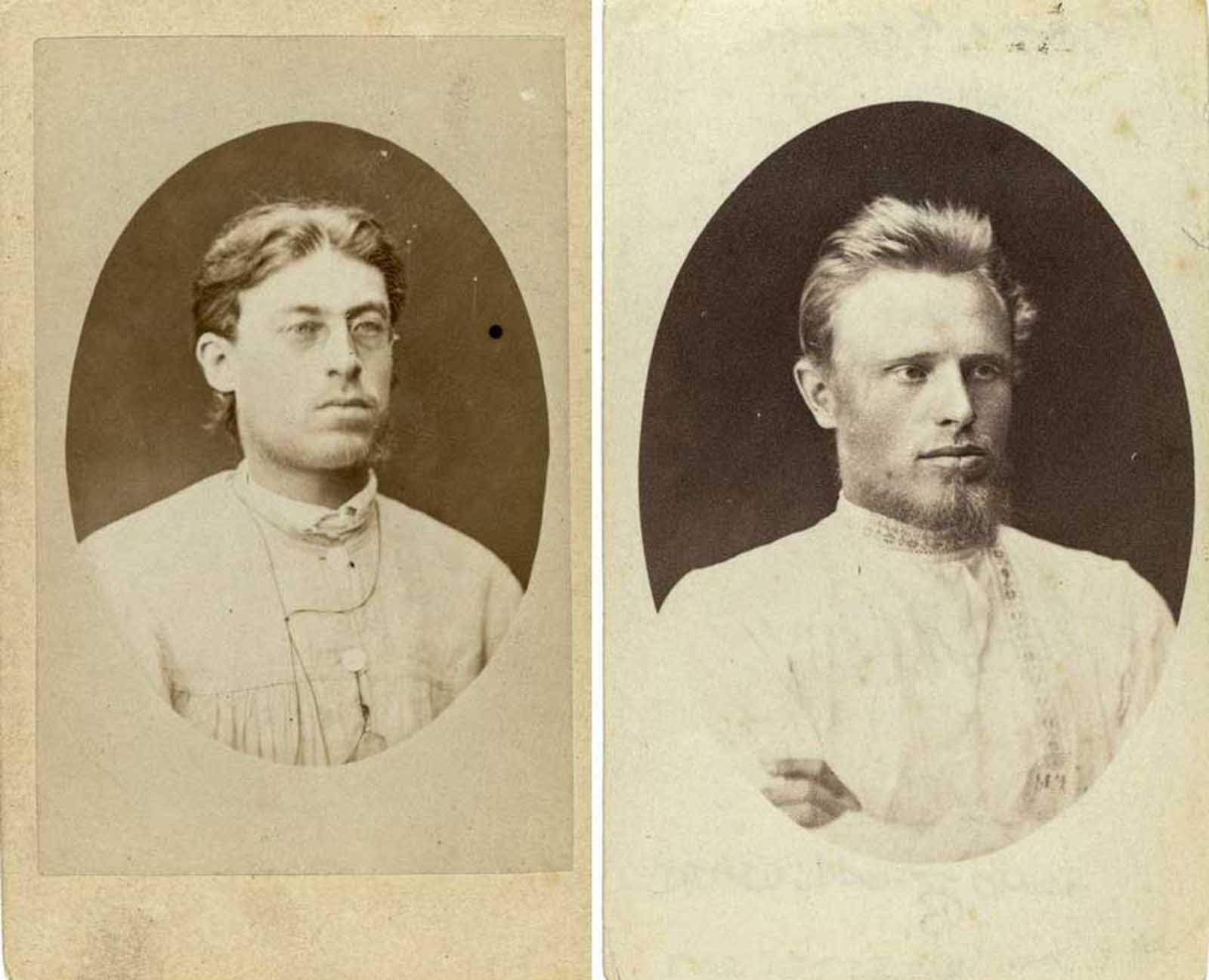 (Left) A writer from Odessa, Nikolai Alekseevich Vitashevskii participated in military opposition in 1878 and was imprisoned in Kharkov Central Prison. Sentenced to four years of hard labor, he was exiled to Yakutsk. (Right) Ivan Cherniavski and his wife were banished to Tobolsk province by administrative process in 1878. In 1881, Cherniavski refused to take the oath of allegiance to Tsar Alexander III and they were sent further east. 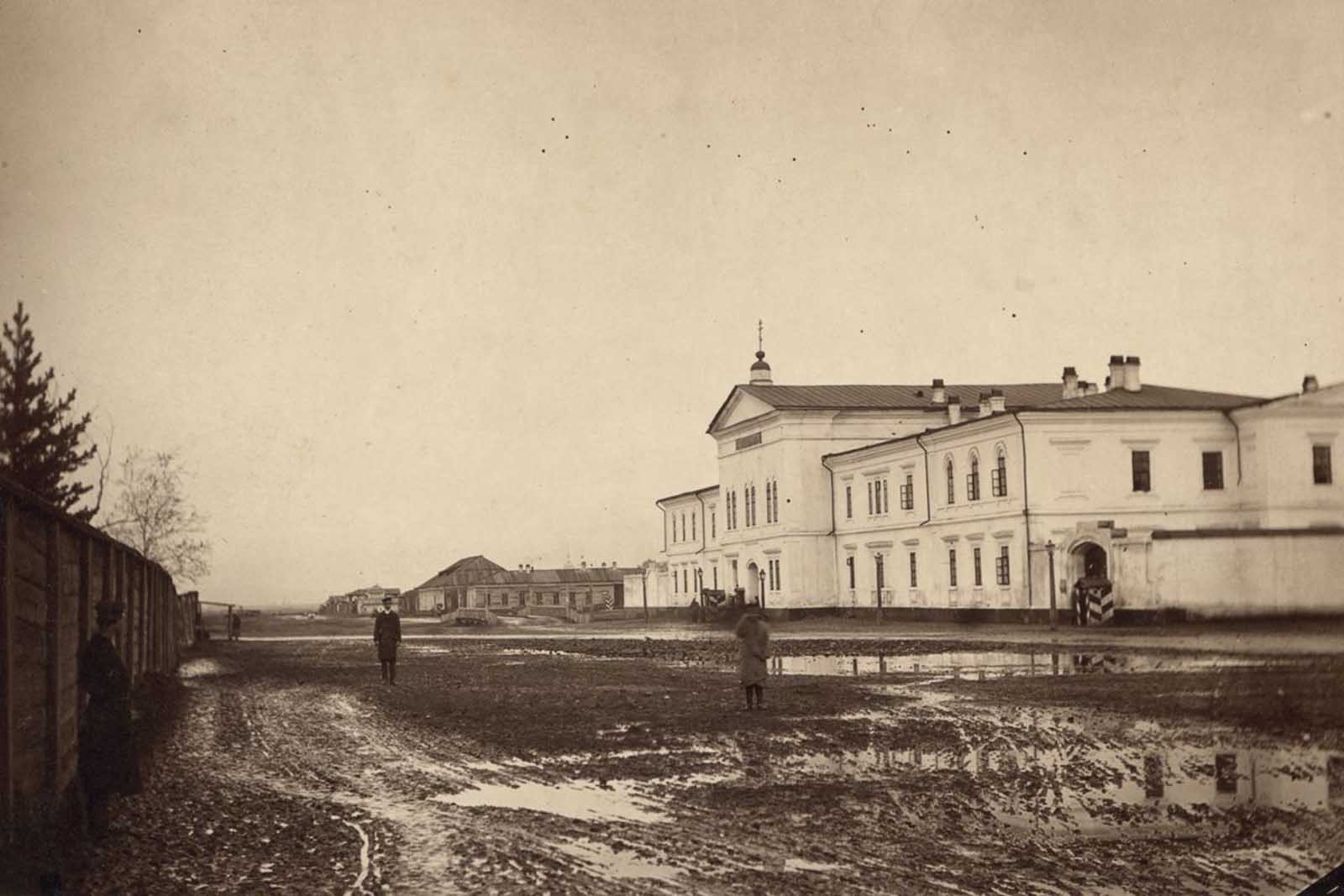 A prison in Irkutsk, eastern Siberia. 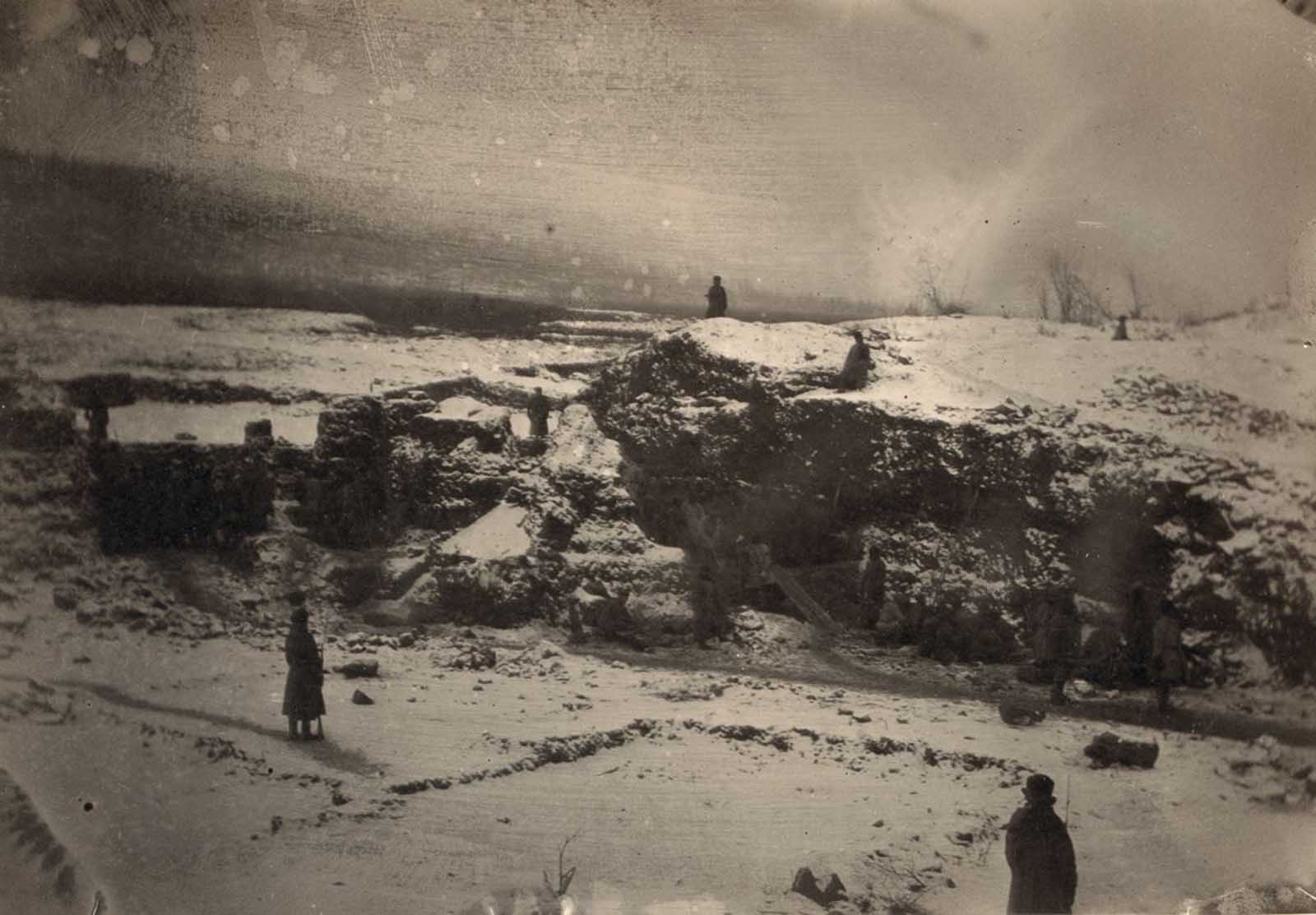 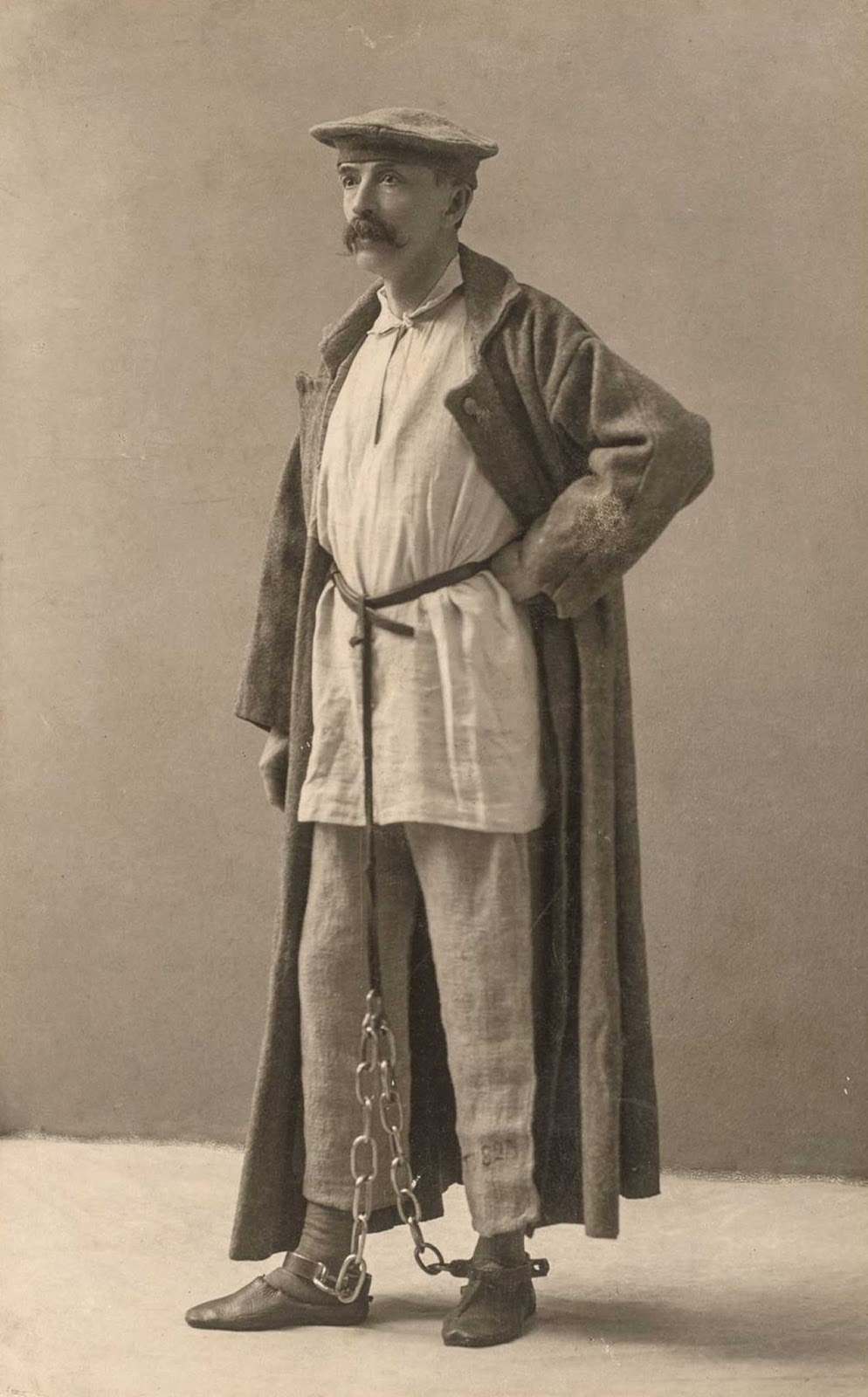 Author and photographer George Kennan poses in a Siberian exile dress, each piece given to him by an exile from the dress he had worn.