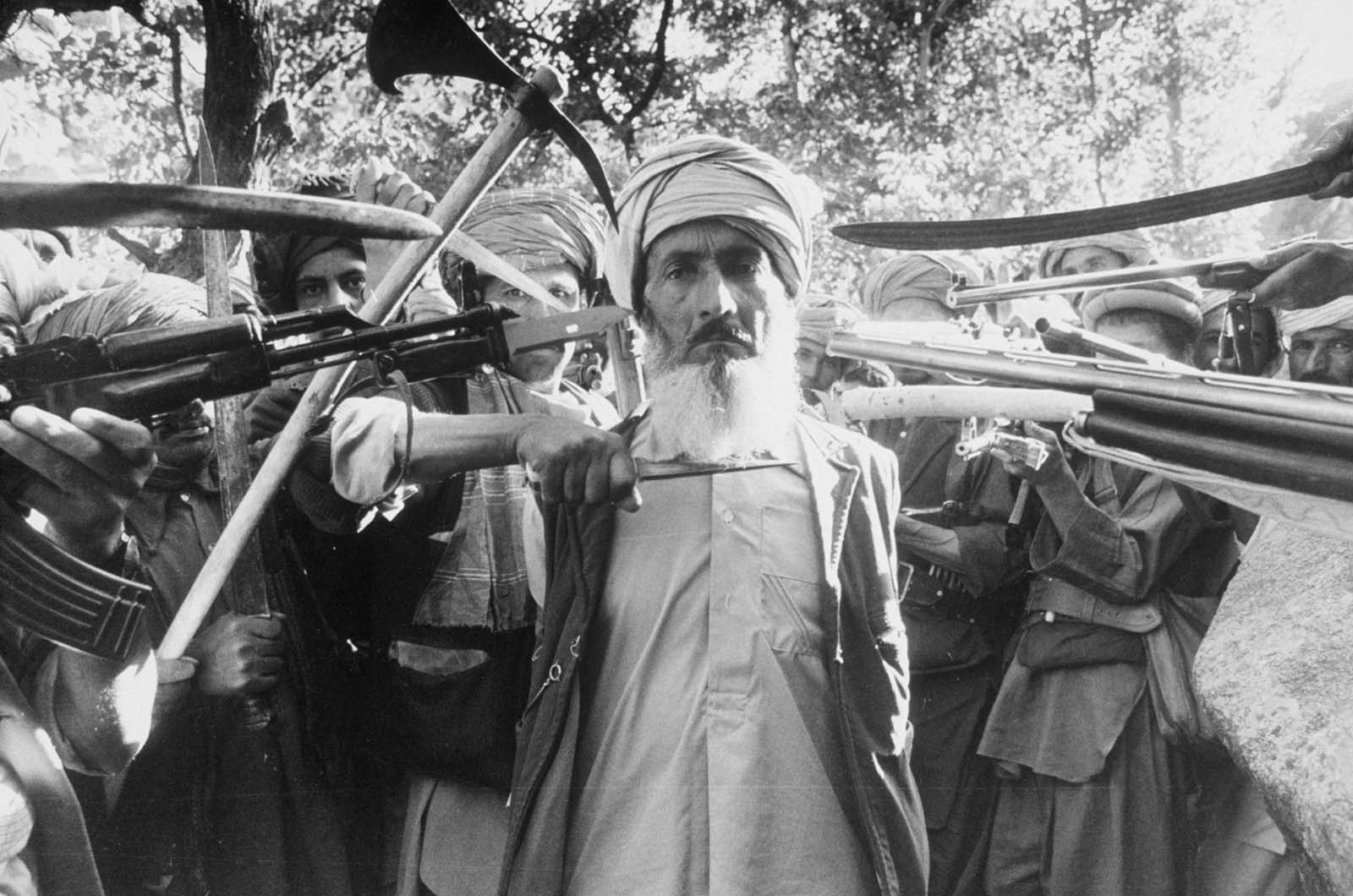 Condemned by an Islamic war tribunal for denouncing nine families, a man is escorted 20 km outside Kabul for execution. 1980.

It was June 1980, just six months after the Soviet Union had invaded its southern neighbor to forestall the collapse of a pro-Soviet government in Kabul. Condemned by an Islamic war tribunal for denouncing nine families to the Russians, the man in the photo is escorted 20 km outside Kabul for execution.

The pictures were taken by the French photographer Alain Mingam who was covering Mujahideen rebels in Afghanistan. Largely because he was sympathetic to the Mujahideen’s cause fighting against the Soviet invaders, Mingam was specifically brought to a place to witness an execution. “For someone like me who didn’t cover the Vietnam war, the mujaheddin’s battle against the biggest army in the world was David versus Goliath: those bearded, turbaned men fascinated me. If I had not been there, the man would not have been shot and then ritually beheaded,” Mingam later reflected. For months, he admitted, he could not sleep because he felt like an accomplice.

Sometimes referred to as the Soviet’s version of the Vietnam War, the Soviet War in Afghanistan ended up being a losing battle for the Soviet Union, and in many ways, accelerated the dissolution of communism in the East. The Democratic Republic of Afghanistan (DRA) was formed in 1978 following the Saur Revolution, which resulted in the overthrow of the Afghanistan monarchy with the Soviet Union’s tactical support. In 1978, the year leading up to the war, the President of the DRA, Nur Mohammed Taraki implemented socialist land reforms and modernization reforms, including changing marriage customs that conservative Afghan citizens felt threatened their Islamist culture.

The following year, Taraki was killed and replaced by Hafizulla Amin, but a growing insurgency from inside the country, as well as from China, Pakistan, and Iran, known collectively as the Mujahideen, would quickly become a problem for the newly instated DRA government. The DRA pleaded for large-scale Soviet support, and the Soviets obliged but much to their dismay. Due to heavy financial support and the supplying of arms to the Mujahideen by the US and Saudi Arabia, the insurgent forces ended up being too much for the Soviets, eventually forcing them to withdraw their troops from the country in 1989. 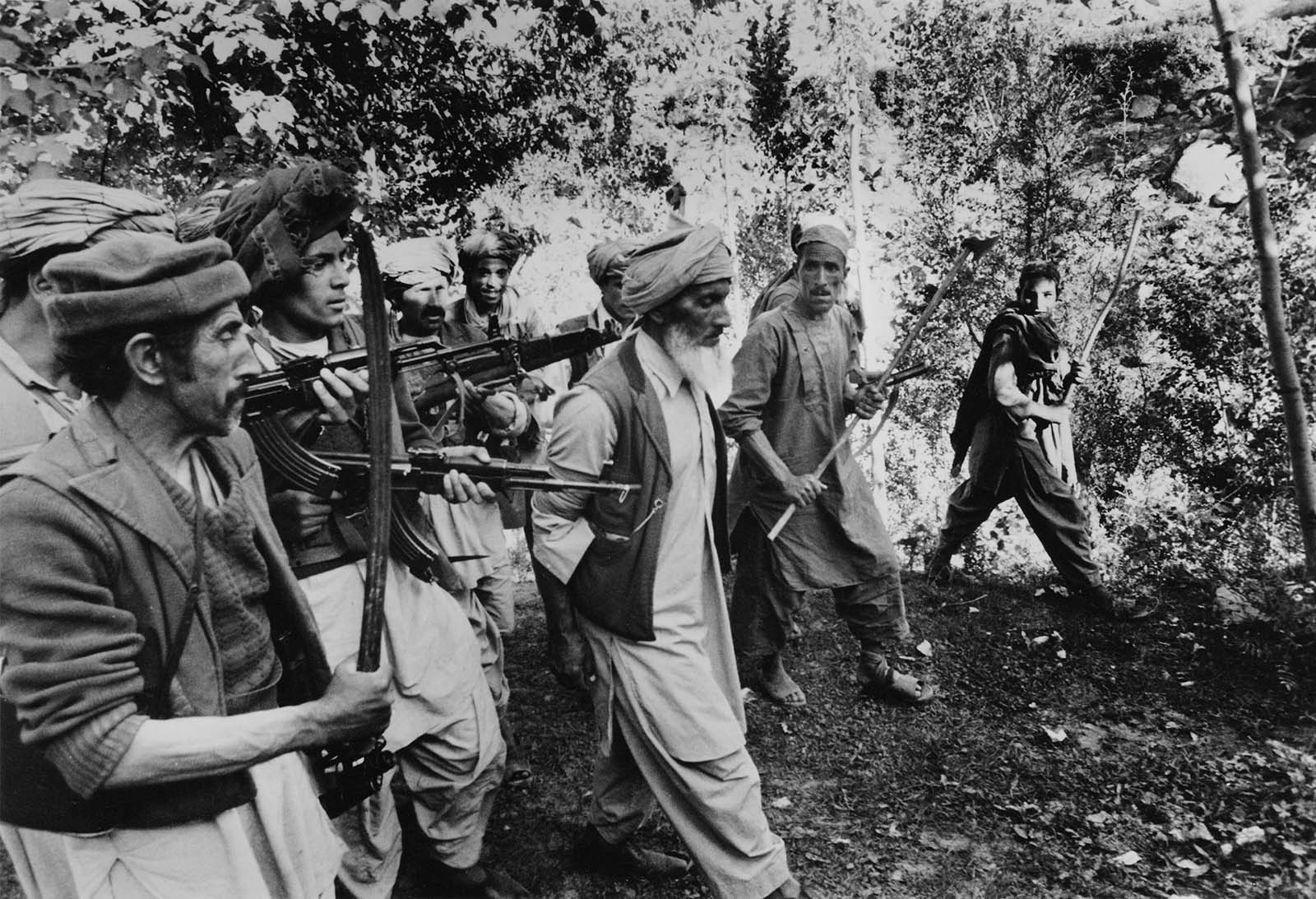 Execution of a pro-communist traitor. 1980. 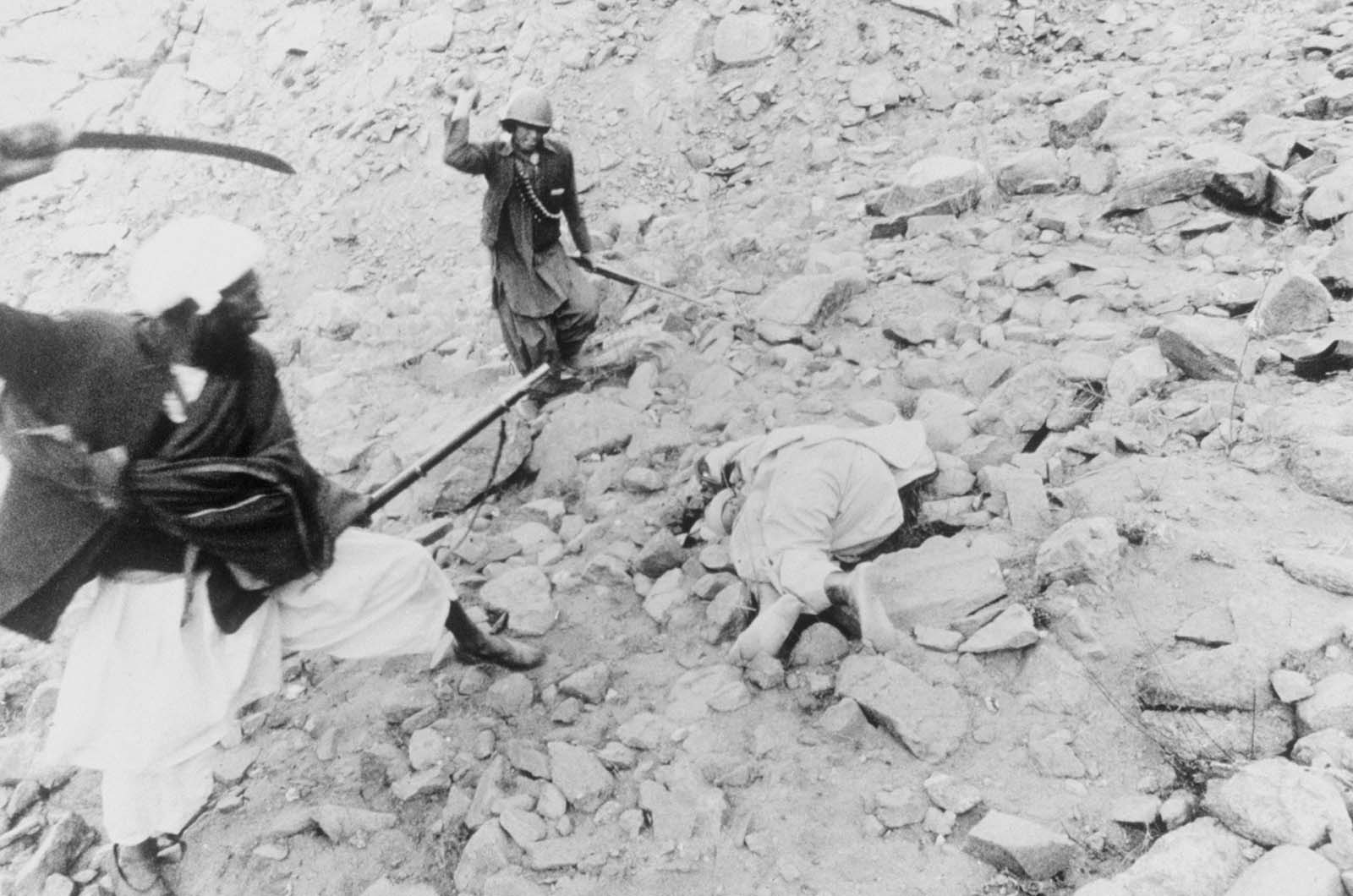 “If I had not been there, the man would not have been shot and then ritually beheaded,” Mingam later reflected.