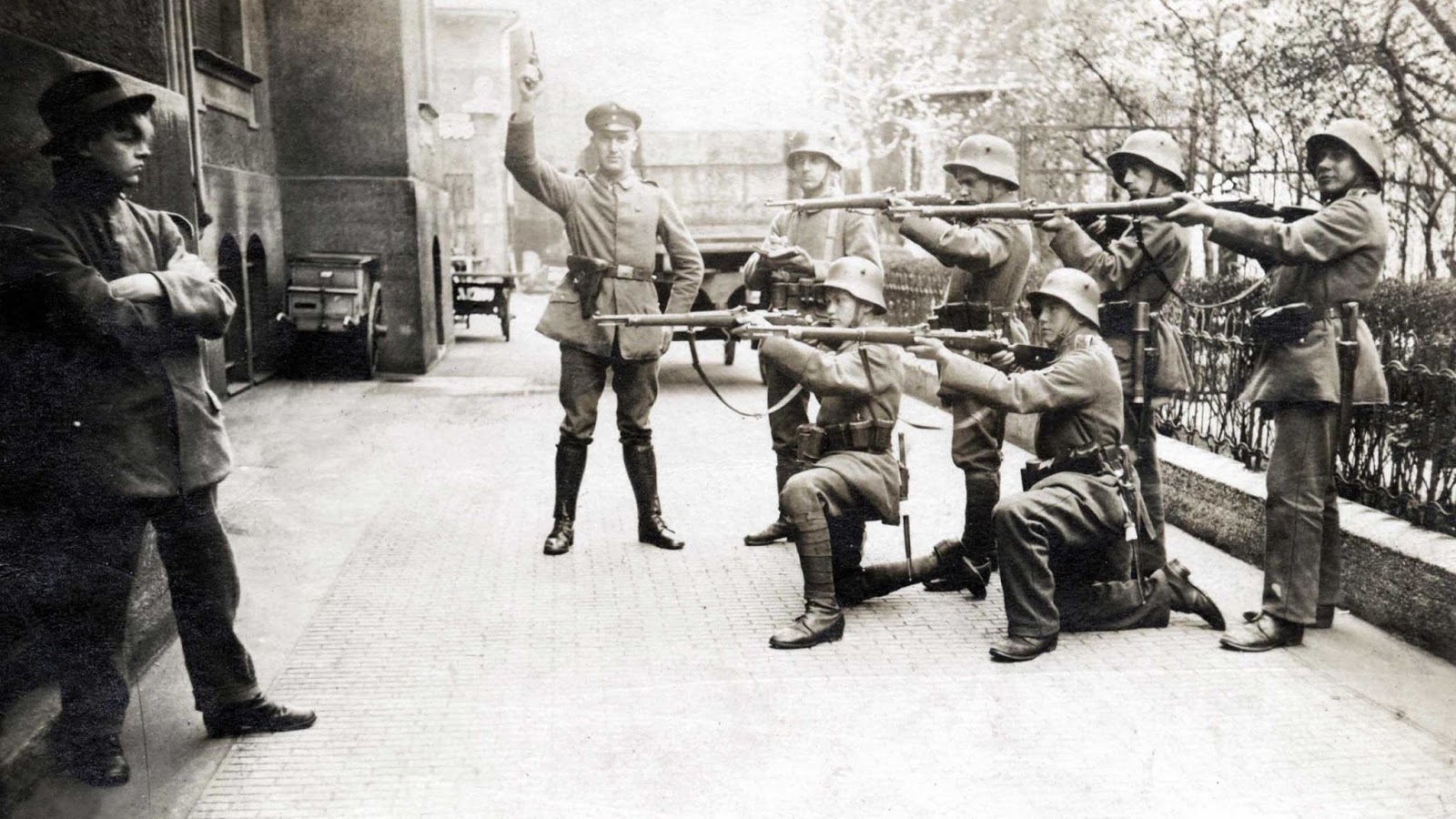 Execution of a German Communist in Munich, 1919.

On the reverse of this photograph reads: “Zum ewigen Andenken an den Spartakisten Krieg in München Bayern”. English: “As an eternal memento of the Spartacist War in Munich, Bavaria”.

According to some sources, this is a real situation, other sources claim that this is a staged photograph. It’s most likely to be a staged event due to the various discrepancies in the photo. First, this does not look like an actual execution. They are too close to the wall to shoot without ricocheting and they’re not aiming or shouldering their guns in such a way that would indicate a readiness to fire.

The guy on the far right is the biggest giveaway. His stance is all wrong for shooting, his grip on the rifle is incorrect, and he’s looking at the camera. Also, the officer is looking directly into the camera. Two of the guys in the back rank appear to be unfamiliar with their Mauser 98’s.

Take a look at the guy who’s supposed to be executed, he got: defiant attitude, stylish clothing great hair, and he’s looking way too nonchalant. German photojournalists of the early 20th century would frequently stage their photographs (sometimes for propaganda purposes). In their eyes it wasn’t that they were faking, it was just that they wanted to tell a true story in the most visually compelling way.

Judging by the uniform the guys from the firing squad are Freikoprs (Free Corps), not regular army troops per se. Freikorps were paramilitary groups that first appeared in December 1918 in the wake of Germany’s defeat in World War I.

Composed of ex-soldiers, unemployed youth, and other discontents and led by ex-officers and other former military personnel they proliferated all over Germany in the spring and summer of 1919. The Freikorps were used to put down the German Revolution of 1918-1919 and to crush the Bavarian Soviet Republic in May 1919.

They officially disbanded in 1920 but many members joined the fledgling Nazi Party and became the party’s original enforcers – what was later to become the SA. A former member of the Freikorps, Ernst Roehm, became head of the SA.