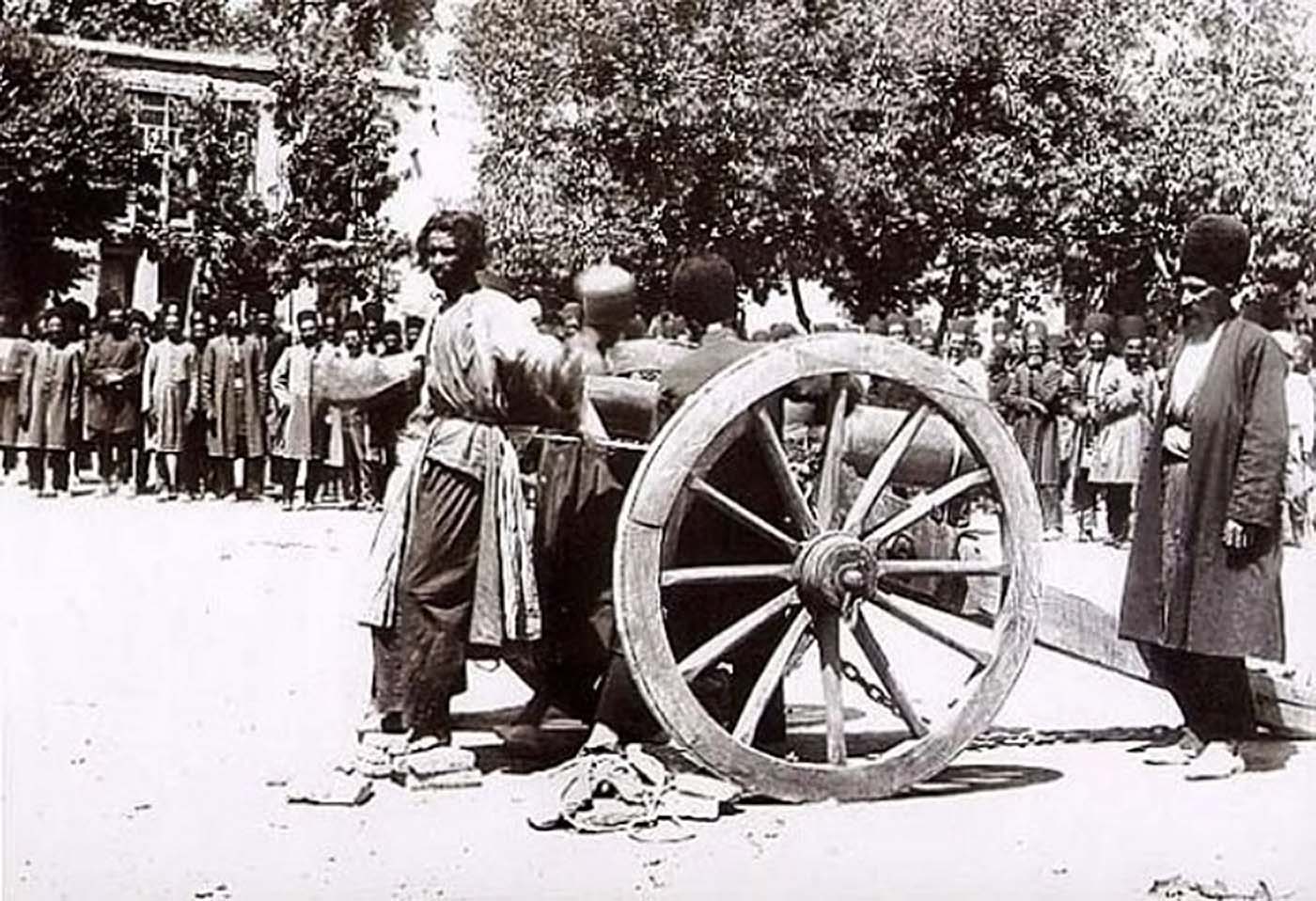 Once the cannon was invented it was only a matter of time before someone tied a prisoner to the front and lit a fuse, blowing his body into a constellation of pain, the head dropping neatly in front.

Blowing from a gun was a reported means of execution as long ago as the 16th century, by the Mughal Empire, and was used until the 20th century.

The method was utilized by Portuguese colonialists in the 16th and 17th centuries, from as early as 1509 across their empire from Ceylon (modern-day Sri Lanka) to Mozambique to Brazil.

George Carter Stent described the process as follows: “The prisoner is generally tied to a gun with the upper part of the small of his back resting against the muzzle. When the gun is fired, his head is seen to go straight up into the air some forty or fifty feet; the arms fly off right and left, high up in the air, and fall at, perhaps, a hundred yards distance; the legs drop to the ground beneath the muzzle of the gun; and the body is literally blown away altogether, not a vestige being seen”.

Things did not always work out according to plan at such executions; at a mass execution at Firozpur in 1857, there was an order that blank cartridge should be used, but some loaded with grapeshot instead (grapeshot is ammunition consisting of a number of small iron balls fired together).

Several of the spectators facing the cannons were hit by the grapeshot and some had to amputate limbs as a result. In addition, some of the soldiers had not been withdrawn properly and sustained damages by being hit by whizzing pieces of flesh and bone.

Others reported with shudders how birds of prey circled above the execution place and swooped down to catch pieces of human flesh in the air, while others were nauseated by the dogs loitering about the place of execution and rushing to the scene to devour some of the “delicacies” spread around as a result of the execution.

Arguably, the nation most well-known to have implemented this type of execution was the British Empire, in its role as the paramount power in India, and in particular, as a punishment for native soldiers found guilty of mutiny or desertion.

Using the methods previously practiced by the Mughals, the British began implementing blowing from guns in the latter half of the 18th century, with the most intense period of use being during the 1857 sepoy mutiny, when both the British and the rebelling sepoys used it frequently.