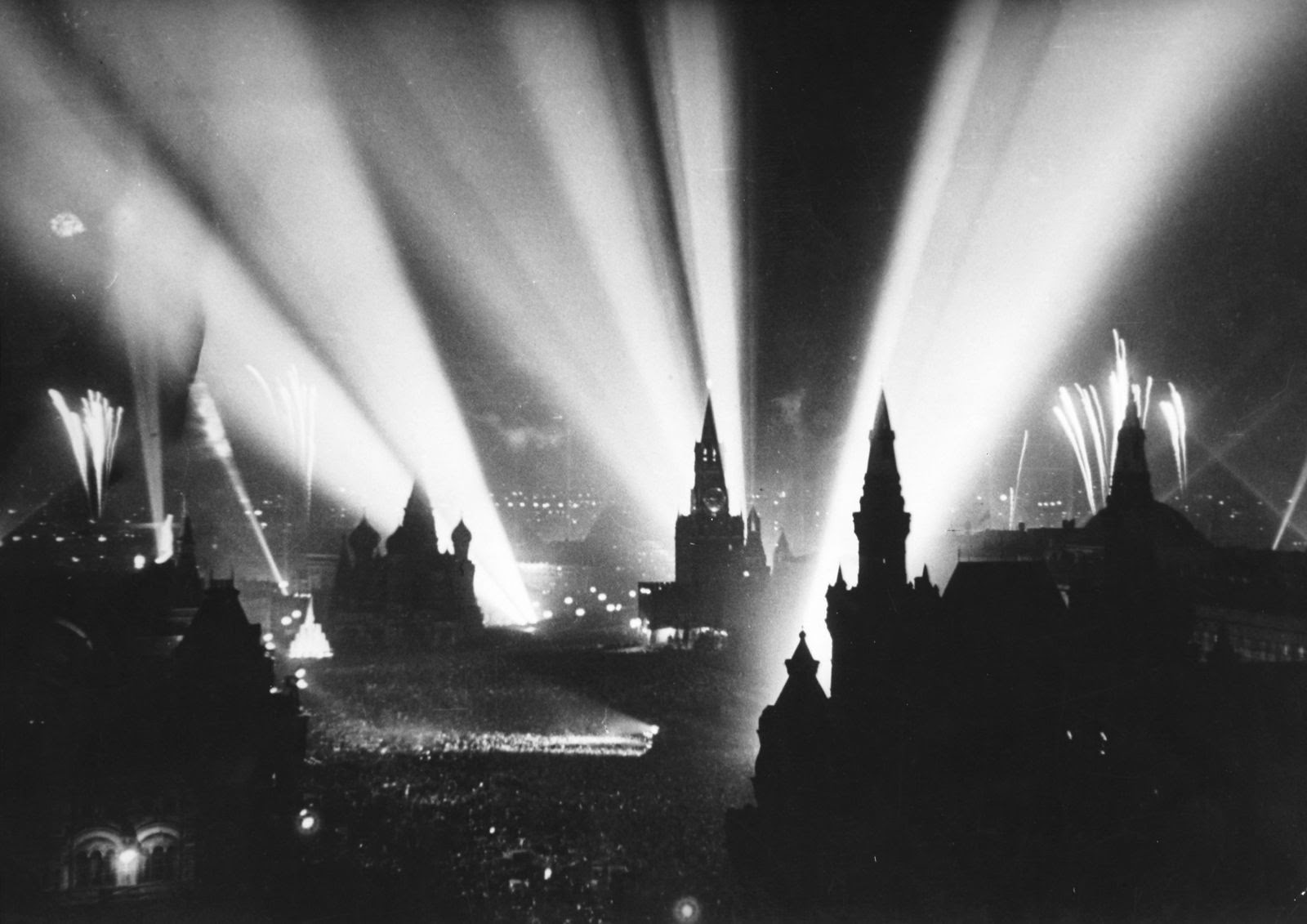 Celebration of Victory in Moscow’s Red Square, Soviet Union. May 9, 1945.

At 1:10 a.m. on May 9, 1945, night owls in the USSR heard a radio report that Nazi Germany had officially surrendered to the Soviet Union. Up to 30 million soldiers and civilians were dead, the Soviet Union had lost a third of its national wealth, cities such as Stalingrad had been reduced to lunar landscapes, and an entire generation of men had been decimated.

Searchlights illuminated a city that a few years earlier had almost fallen to the Germans, cannon-fire and fireworks exploded over the Kremlin and relieved citizens crowded into Red Square to share their enormous collective relief.

The large crowd on Red Square danced, kissed, sang and chatted excitedly. But Josef Stalin was not in celebratory mood and reportedly became annoyed when his then underling, Nikita Khrushchev, telephoned him to congratulate him on his victory. “Why are you bothering me?” he is reported to have snapped, “I am working”.

It would not be until 24 June 1945, that the USSR held a proper victory parade, in torrential rain. On that day, one by one, soldiers lined up to toss the defeated German army’s banners and standards, including Hitler’s own personal standard, into a sodden mess at Stalin’s feet beneath Lenin’s tomb.

This photo depicts part of those celebrations and is Photograph 368 at the Russian State Archives. Victory Day over Nazi Germany is celebrated every year on May 9th in former USSR countries to preserve the memory of unbearable suffering and great courage of the Soviet people.