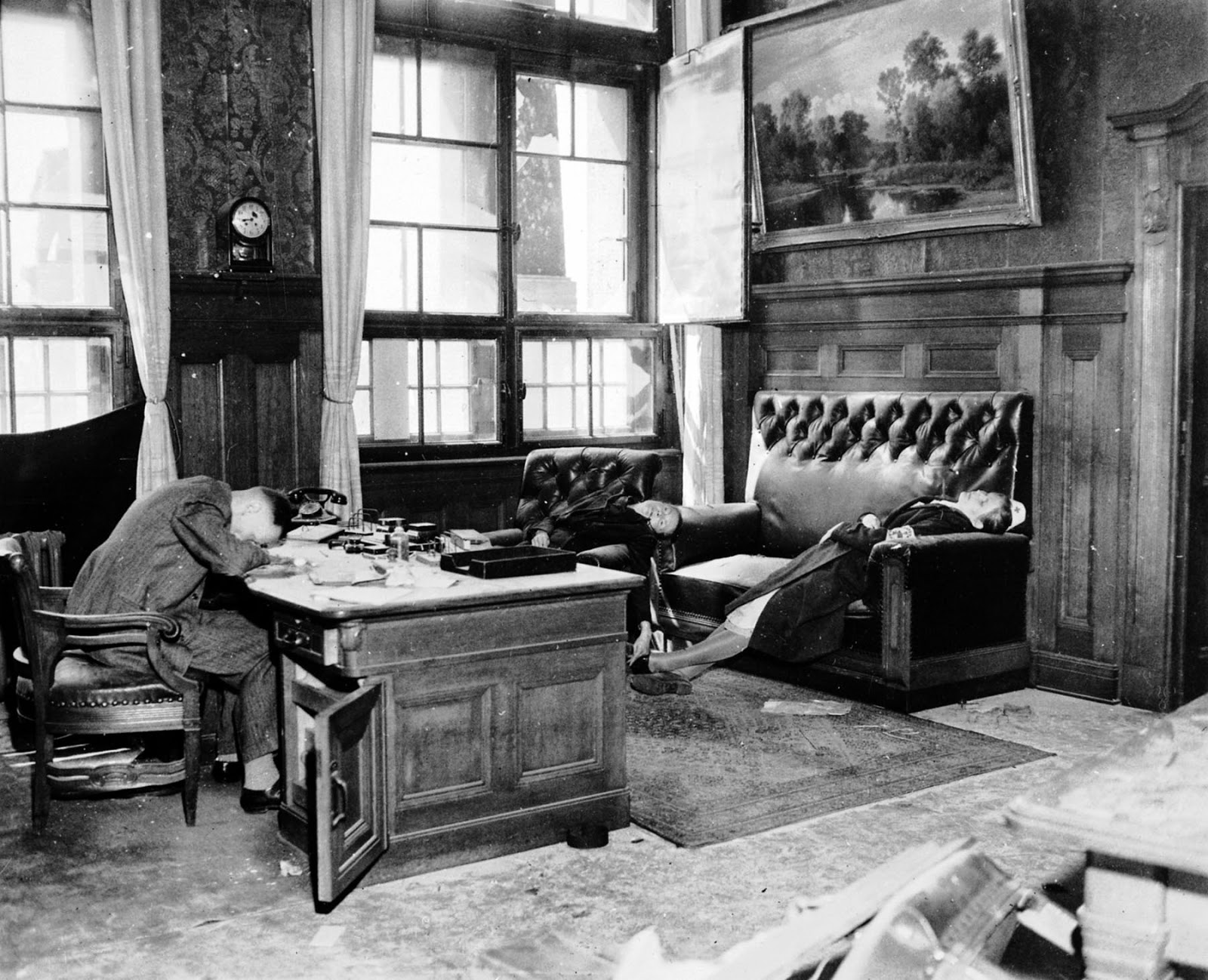 Deputy Mayor Dr. jur. Ernst Kurt Lisso, his wife Renate Stephanie, in chair, and their daughter Regina Lisso after committing suicide by cyanide in the Leipzig New Town Hall to avoid capture by US troops. April 18, 1945

As the Red Army and the Western Allies pressed closer and closer to Berlin suicides grew. Thousands of Germans committed suicide in the spring of 1945, rather than face occupation and the expected abuse by their victors. 3,881 people were recorded as committing suicide during April in the Battle of Berlin, although the figure is probably an underestimate.

Although the motives were widely explained as the “fear of the Russian invasion”, the suicides also happened in the areas liberated by the British and American troops.

On the 18th of April 1945, a number of officials of Leipzig committed suicide in the New Town Hall (Neues Rathaus). The Deputy Mayor of Leipzig Ernst Lisso decided to end his life but also that of his wife and daughter as the Americans press towards the city hall.

In the death tableaux his wife Renate Lisso sits across from her husband and most shockingly his daughter Regina sits on the bench. She has an armband on and presumably was part of the German Red Cross aiding German soldiers before her premature death.

In another room, the mayor and his wife and daughter similarly killed themselves before the Allied forces could do their worst. In both cases, they used cyanide capsules. 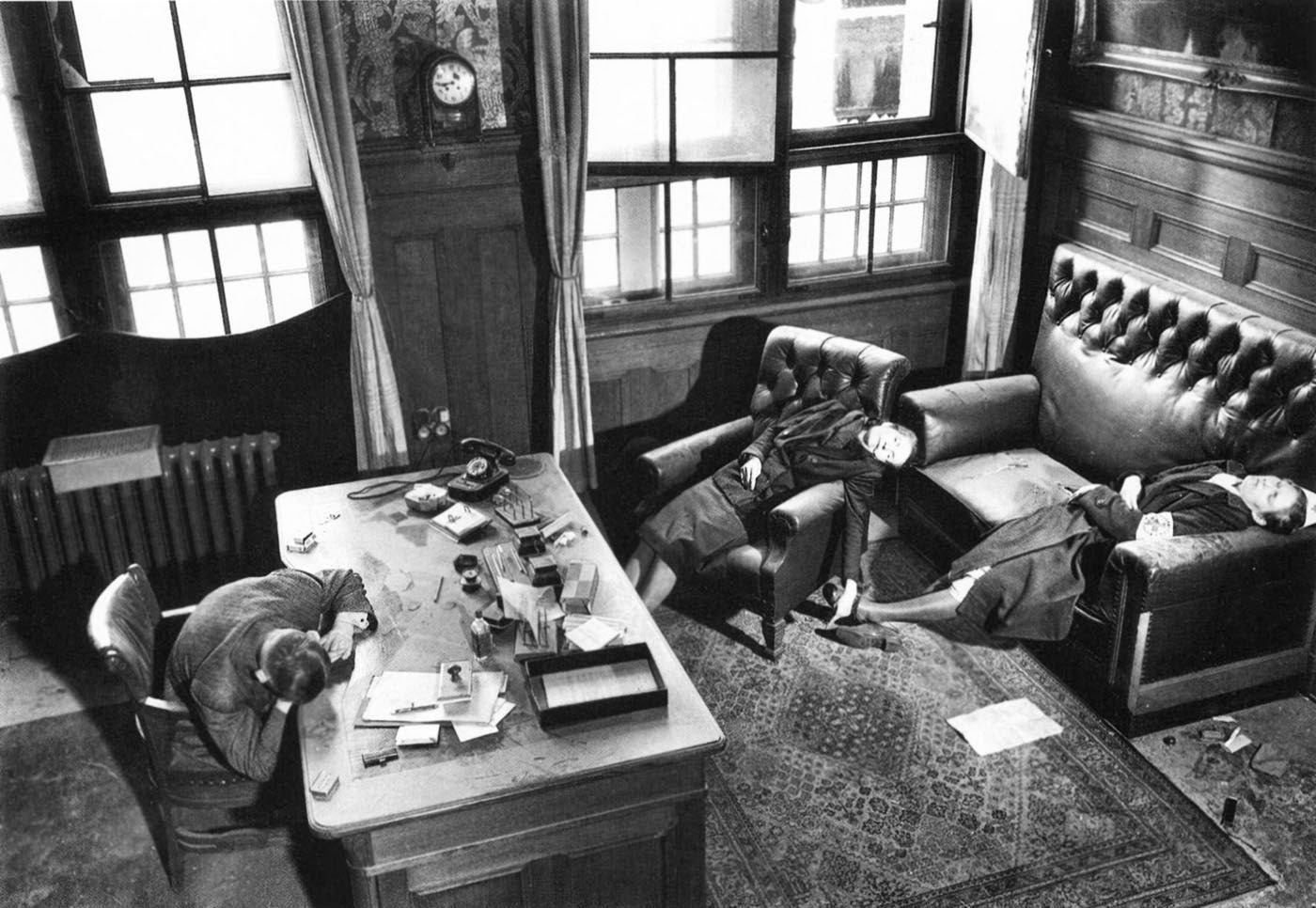 The capsule is broken open by biting, then the contents (potassium cyanide) are swallowed. Potassium cyanide isn’t deadly on its own, it has to react with stomach acids to become hydrogen cyanide. (In this picture Ernst Kurt’s body was moved a little bit by the photographer).

Unlike in Japan–where many people also killed themselves at the end of the war–suicide is not embedded in German culture as a potential response to shame or dishonor.

Yet thousands of people felt that life was no longer worth living if it wasn’t under the Nazi order. Perhaps the expected hardships and privations of defeat, coupled with family and personal losses during the war, drove many people over the edge.

Life Magazine reported that: “In the last days of the war the overwhelming realization of utter defeat was too much for many Germans. Stripped of the bayonets and bombast which had given them power, they could not face a reckoning with either their conquerors or their consciences. These found the quickest and surest escape in what Germans call selbstmord, self-murder.” 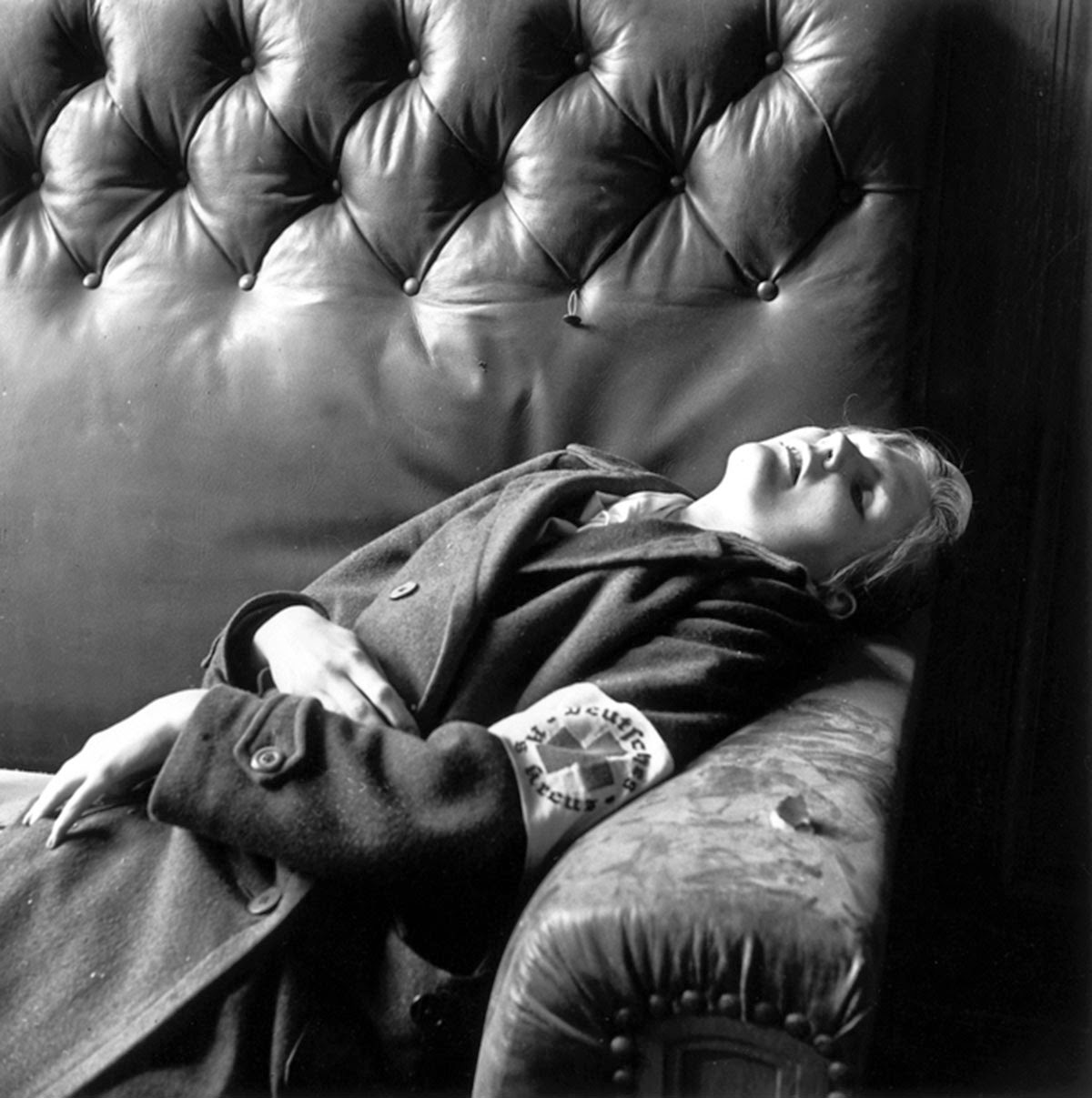 There were several reasons why some Germans decided to end their lives in the last months of the war. First, by 1945 Nazi Propaganda had created fear among some sections of the population about the impending military invasion of their country by the Soviets or Western Allies.

Information films from the Reich Ministry of Public Enlightenment and Propaganda repeatedly chided audiences about why Germany must not surrender telling the people they faced the threat of torture, rape, and death in defeat.

Secondly, many Nazis – who had been indoctrinated in unquestioning loyalty to the party – also felt obliged to follow the example of Adolf Hitler when it was reported that the Führer had taken his own life. Finally, others killed themselves because they did know what would happen to them following the defeat.

Many prominent Nazis, Nazi followers, and members of the armed forces committed suicide during the last days of the war. Others killed themselves after being captured.