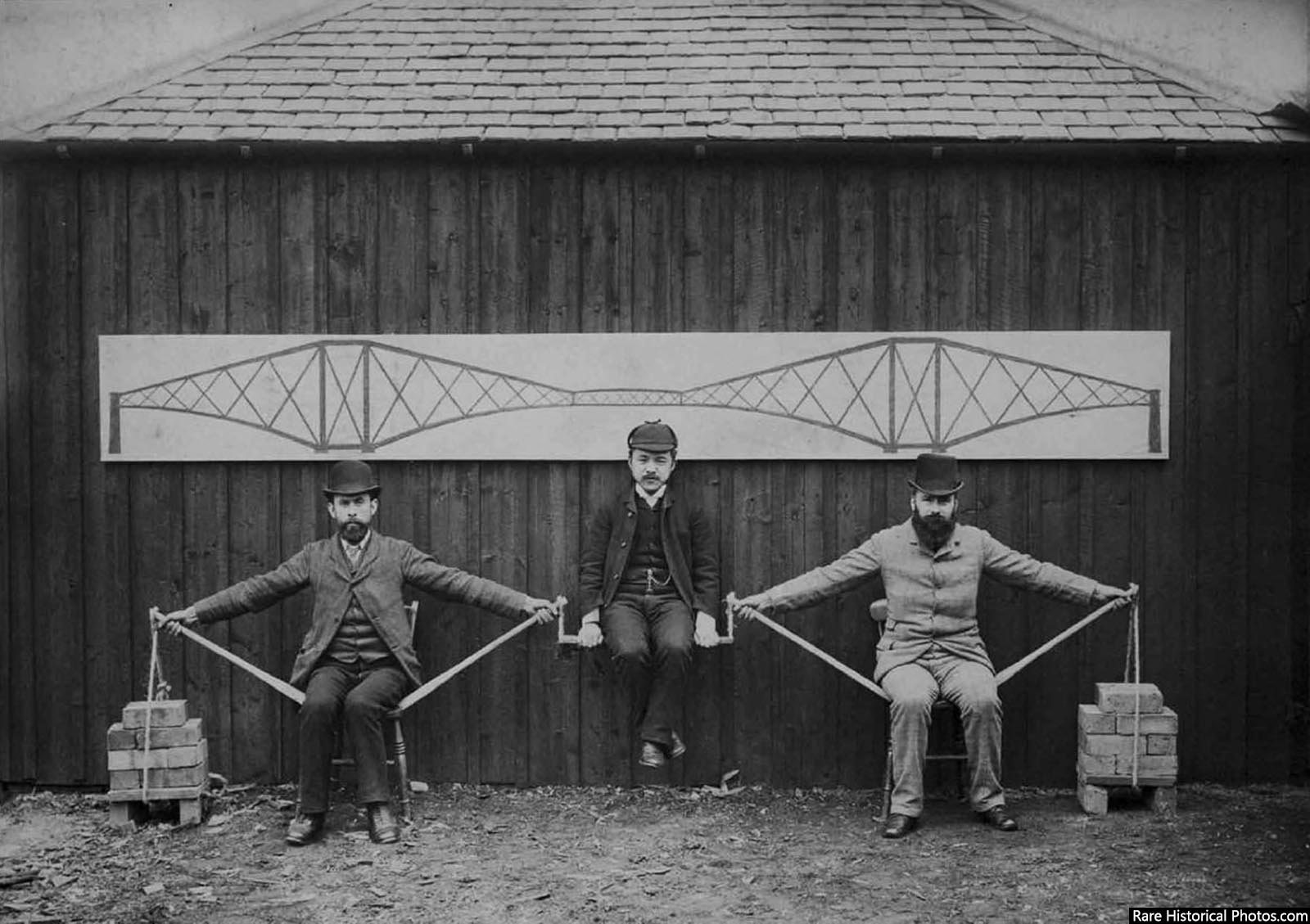 Project engineers demonstrating the cantilever principles of the Forth Bridge in Scotland, 1887.

A historical demonstration in 1887 showing the weight of the central span of a bridge being transmitted to the banks through diamond-shaped supports.

The central “weight” is Kaichi Watanabe, one of the first Japanese engineers who came to study in the UK. Sir John Fowler and Benjamin Baker of Imperial College, who designed the Firth of Forth bridge, provide the supports.

Fowler and Baker represent the cantilevers, with their arms in tension and the sticks under compression, and the bricks the cantilever end piers which are weighted with cast iron. The action of the outer foundations as anchors for the cantilever is visible in the placement of the counterweights.

First cantilever bridges appeared in the 19th century when a need for longer bridges presented itself. To solve the problem of length, engineers of that time found out that many supports would distribute the loads among them and help to achieve length

His first cantilever bridge was the Hassfurt Bridge over the Main River in Germany. It wasn’t too impressive by today’s standards – it had 38 meters in length but is considered the first modern cantilever bridge.

The Forth Bridge, the bridge over the Firth of Forth in the east of Scotland, is one of the most famous early cantilever bridges and it is that with a reason.