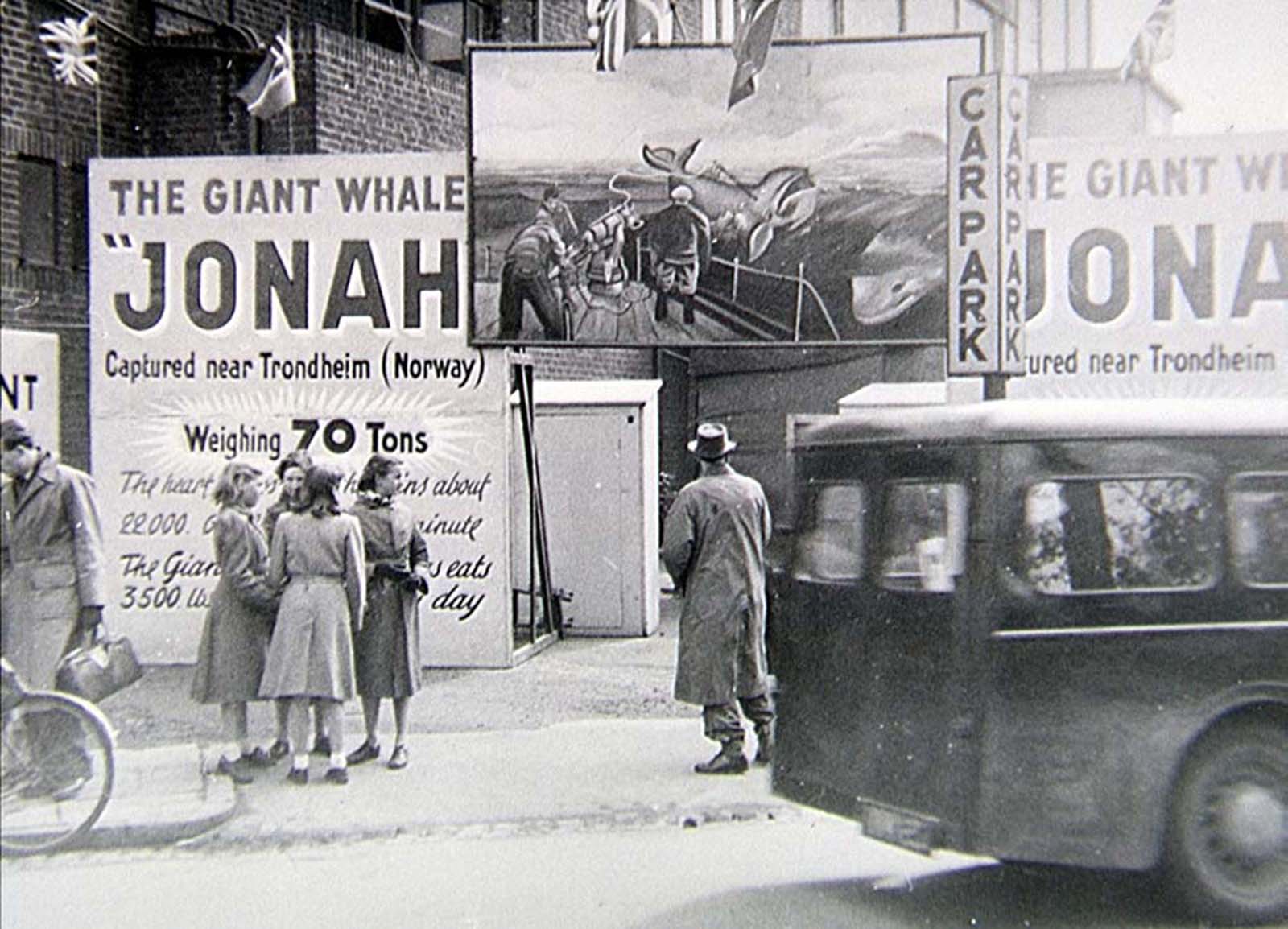 Throughout the 1950s, dead rotting whales toured around Europe to promote the declining whaling industry after World War 2. The story began in Trondheim, Norway, in 1952. A mysterious and as yet unidentified organisation harpooned three fin whales off the Trøndelag coast.

After hauling the hunted whales back to shore, a team of scientists quickly drained each whale of their 7,000 liters of blood and pumped it full of formalin, a solution used to preserve the tissues and skin. The entrails and organs were also removed, including the 6-ton liver and 2.5-ton tongue.

To prevent the tissues from rotting, refrigeration units were placed inside their hollow interiors. The whales placed on custom-built refrigerated 100-feet trailers (said to be the largest in the world at the time) before they embarked on their 20-year odysseys across Europe.

The three whales – Hercules, Goliath and Jonah – passed through various owners. Sometimes they were presented as “educational”, sometimes as a freaky sideshow for a circus.

Back in the day, the three dead whales were hugely popular. Visitors would pay an entrance fee before strolling through the carcass in car parks and large grassy areas such as race tracks. In grisly juxtaposition, instruments of death such as the harpoon and other whaling tools were displayed next to the whales.

Goliath was last seen in Italy. Hercules was in Spain as part of a circus, before decomposition overwhelmed him and his owners decided to incinerate him a giant furnace. As for Jonah, there is a good chance we will see him again in the future. Jonah has been in storage for the past four decades and is still in pretty good shape for a whale that has been dead for the past seventy years.

Like all other large whales, the fin whale was heavily hunted during the 20th century. As a result, it is an endangered species. Over 725,000 fin whales were reportedly taken from the Southern Hemisphere between 1905 and 1976; as of 1997 only 38,000 survived. Recovery of the overall population size of southern subspecies is predicted to be at less than 50% of its pre-whaling state by 2100 due to heavier impacts of whaling and slower recovery rates. 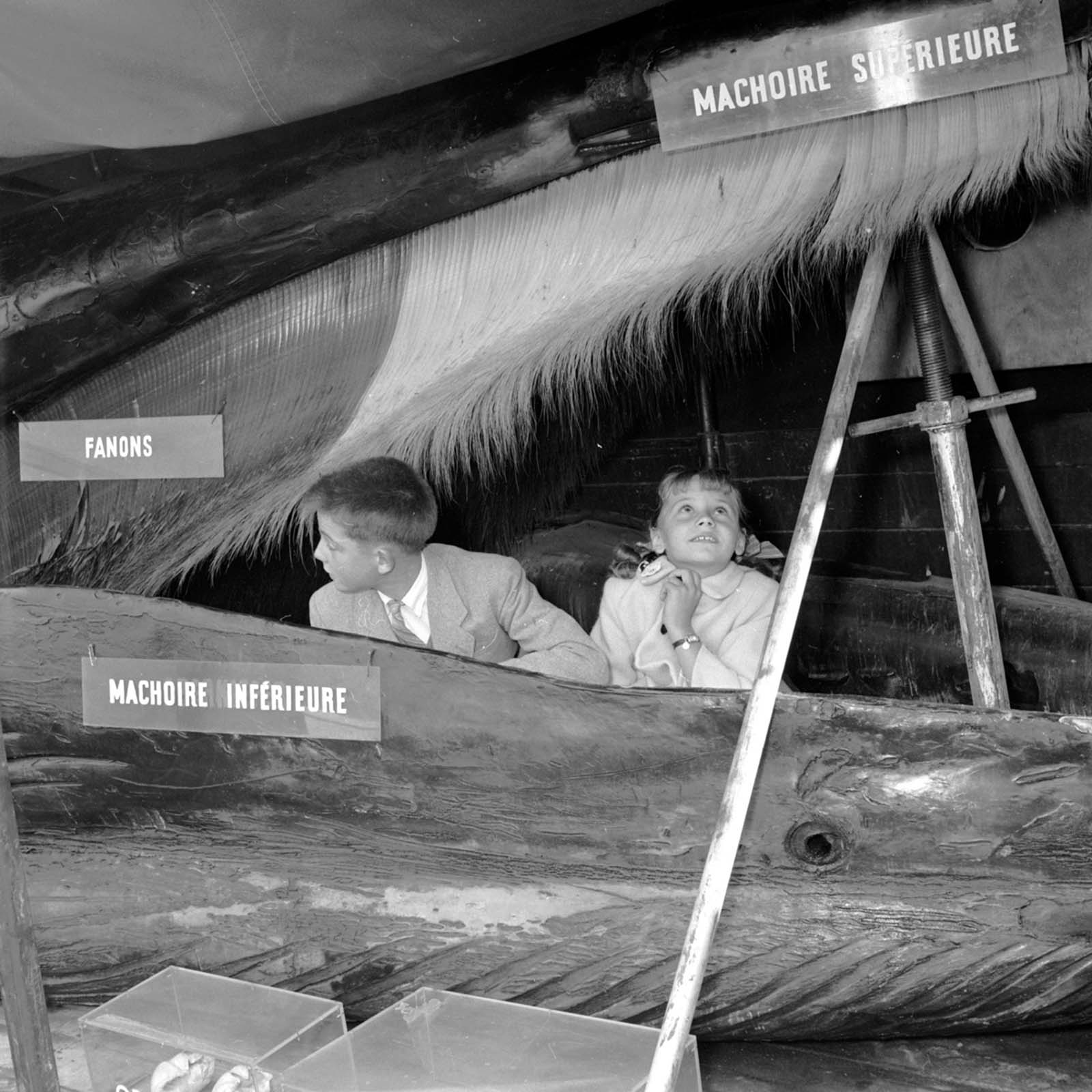 Children peer inside the mouth of “Jonah” the whale. 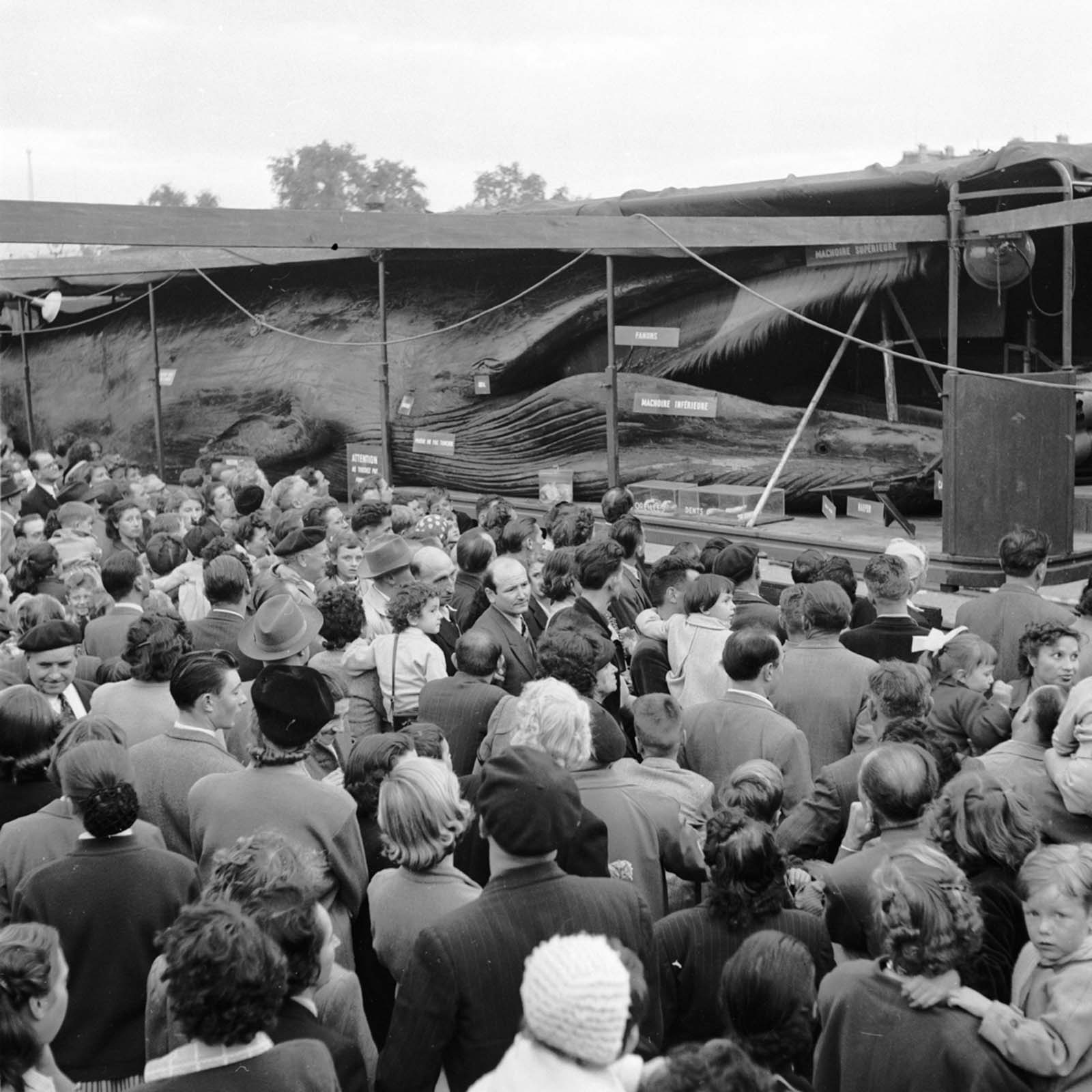 Crowds gather at Les Invalides in Paris to see the whale. 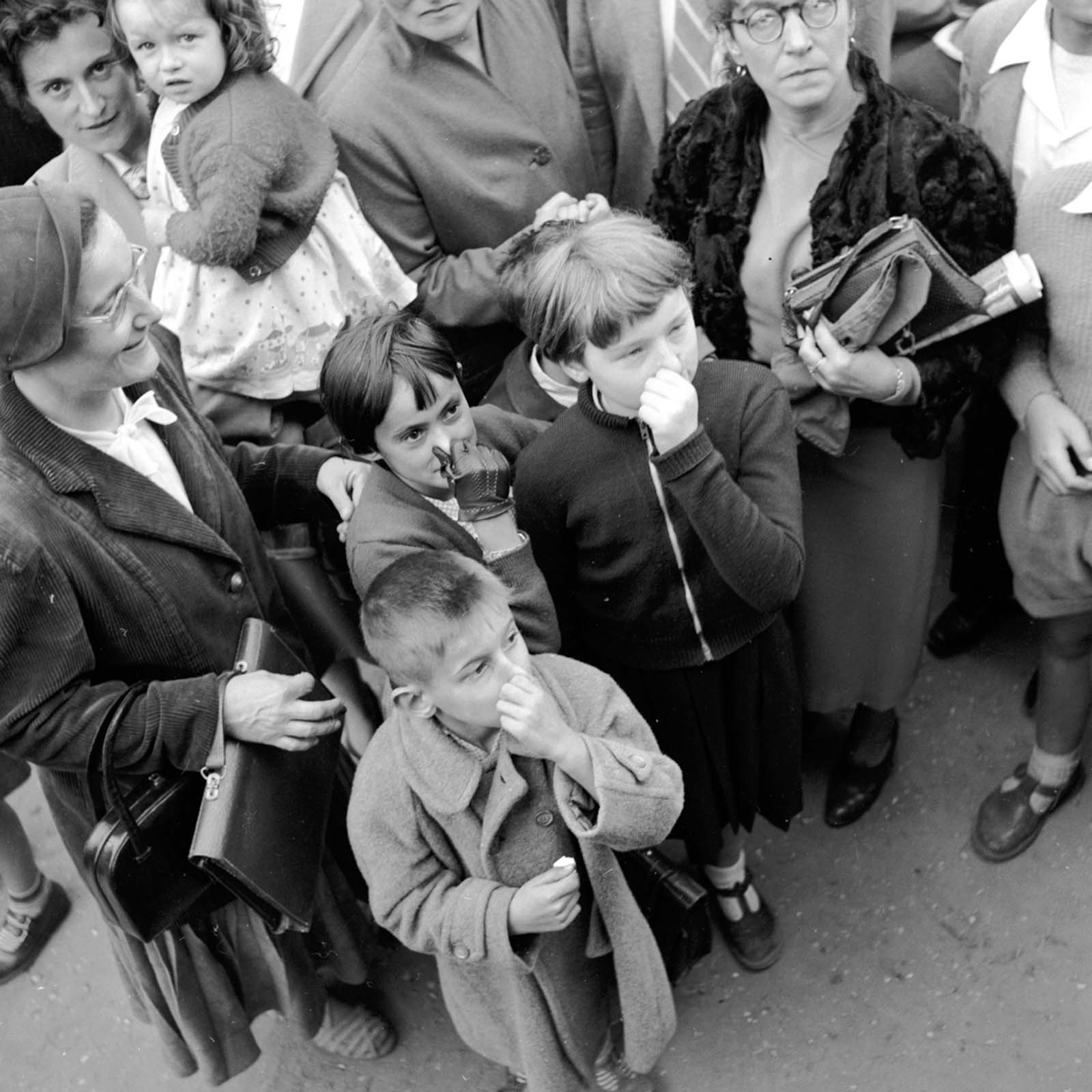 Children cover their noses against the noxious odor emanating from the whale. 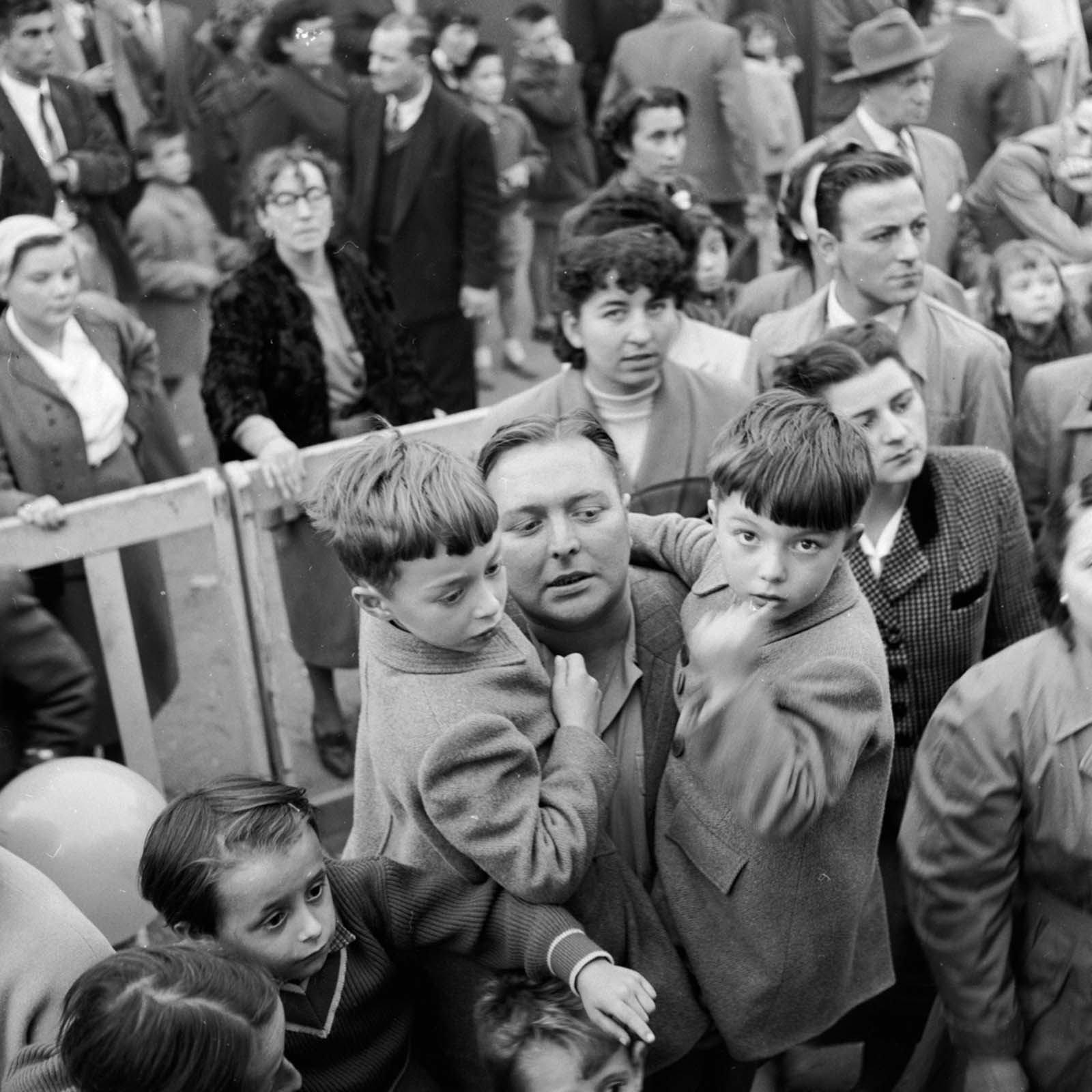 The smell was overwhelming. 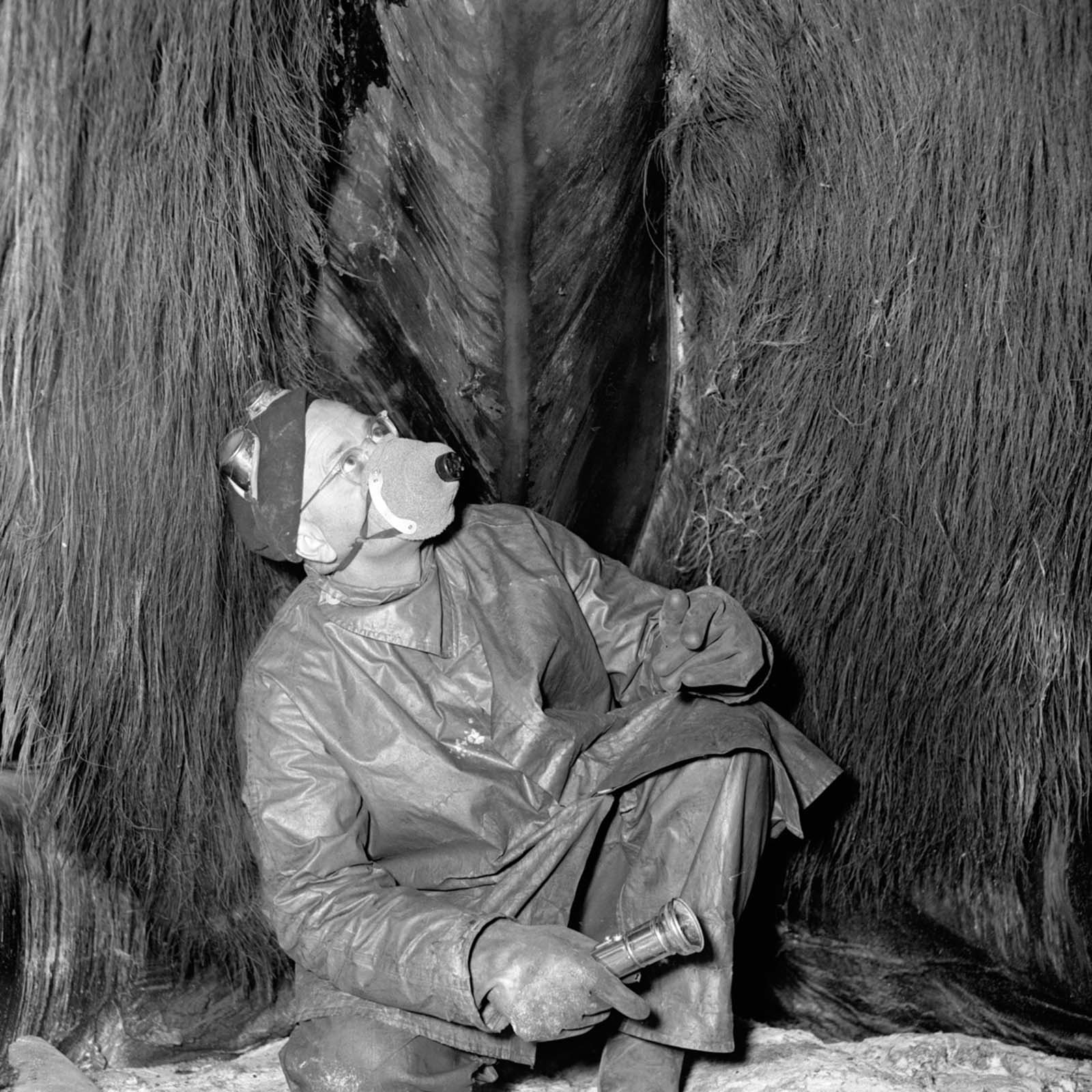 Dr. Rolf Heinriche inspects the inside of the whale’s throat. 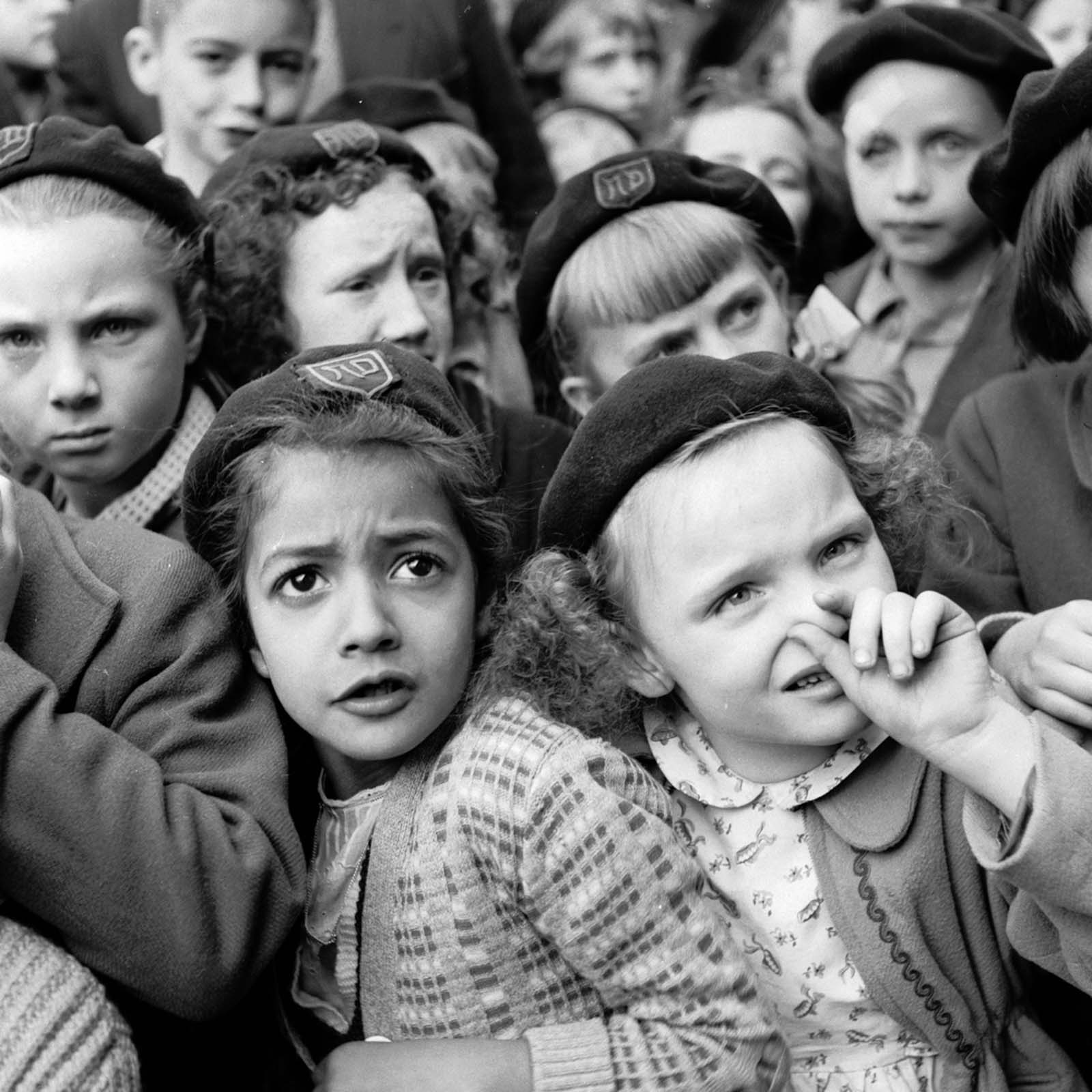 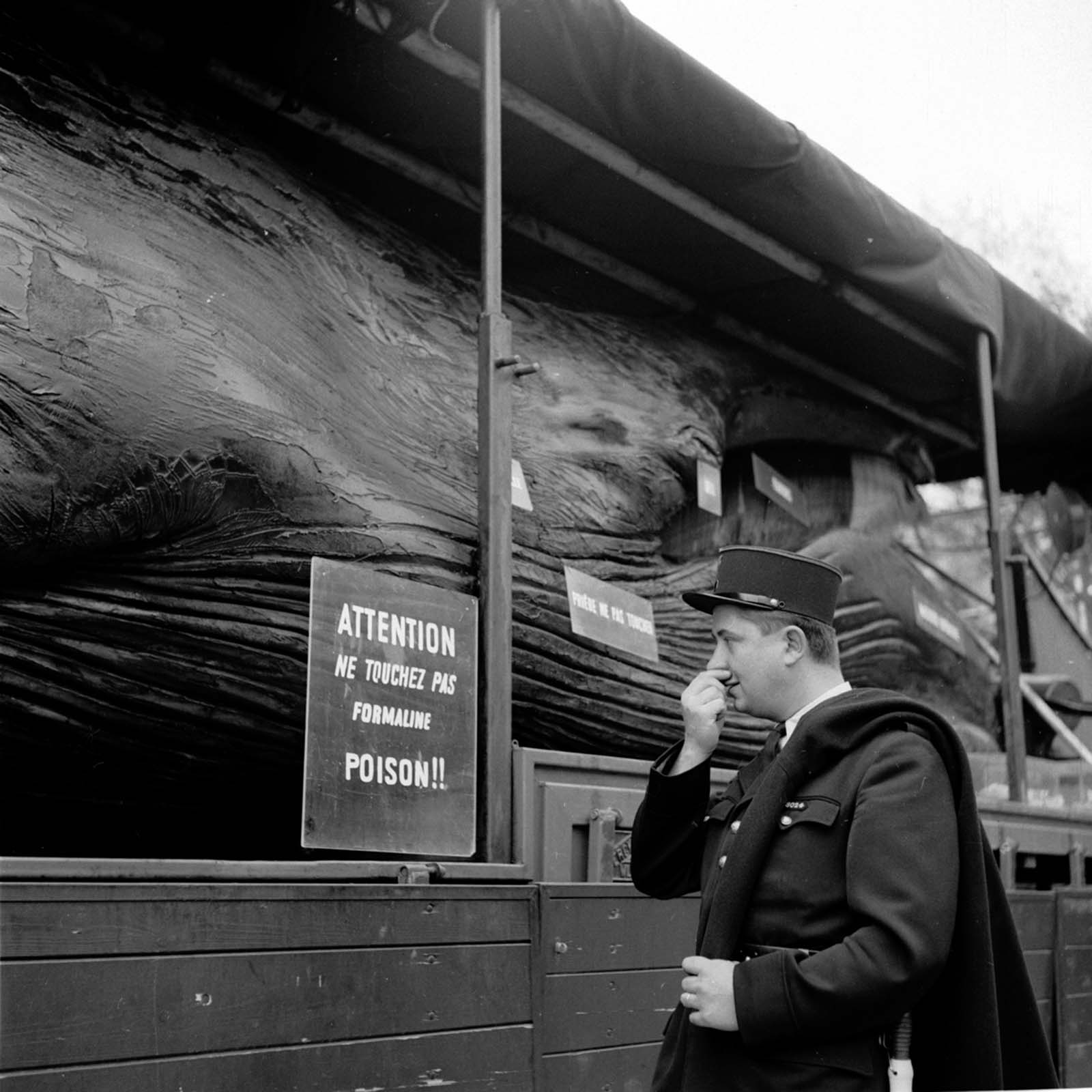 A police officer holds his nose while reading a warning against touching the formaline-full whale. 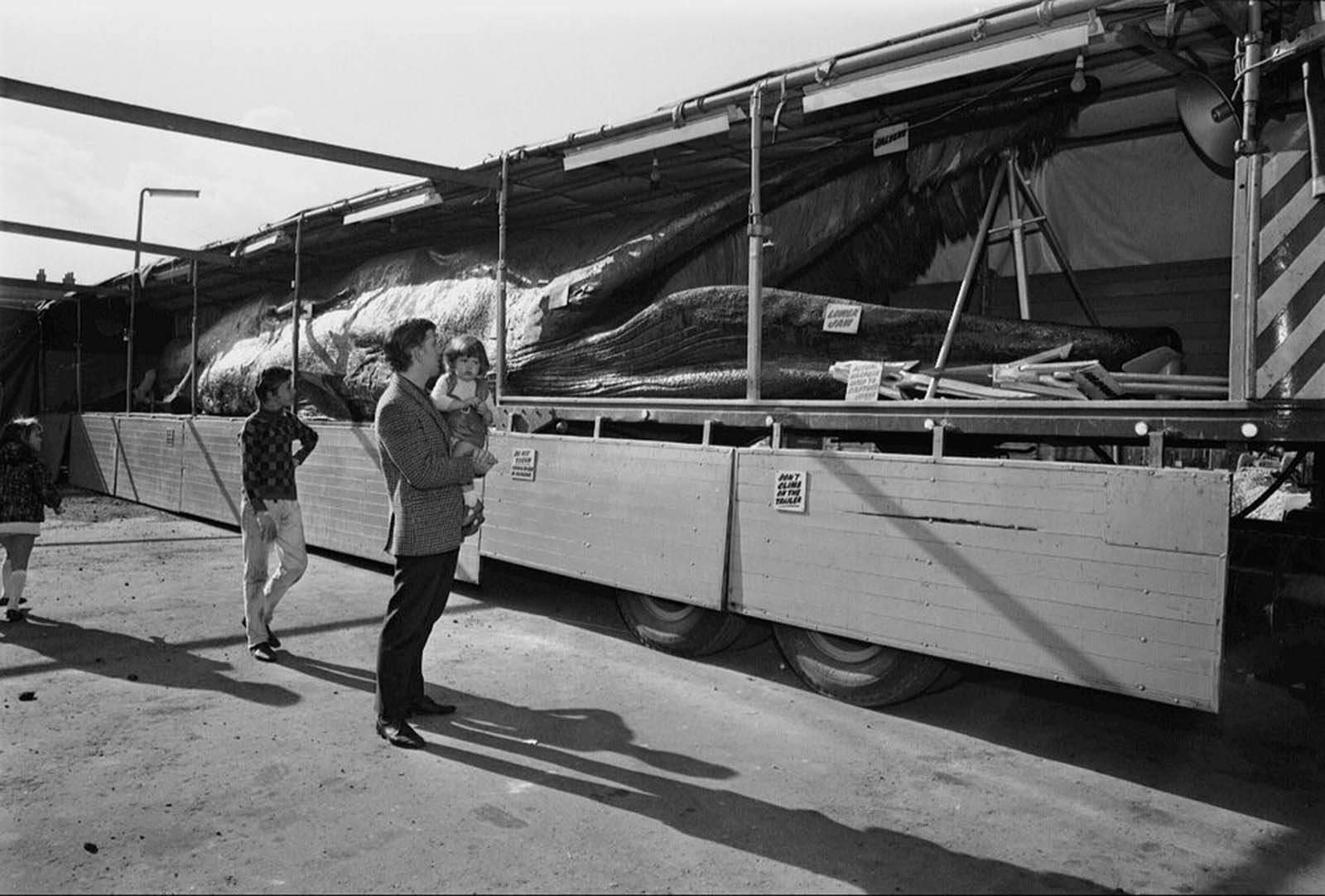 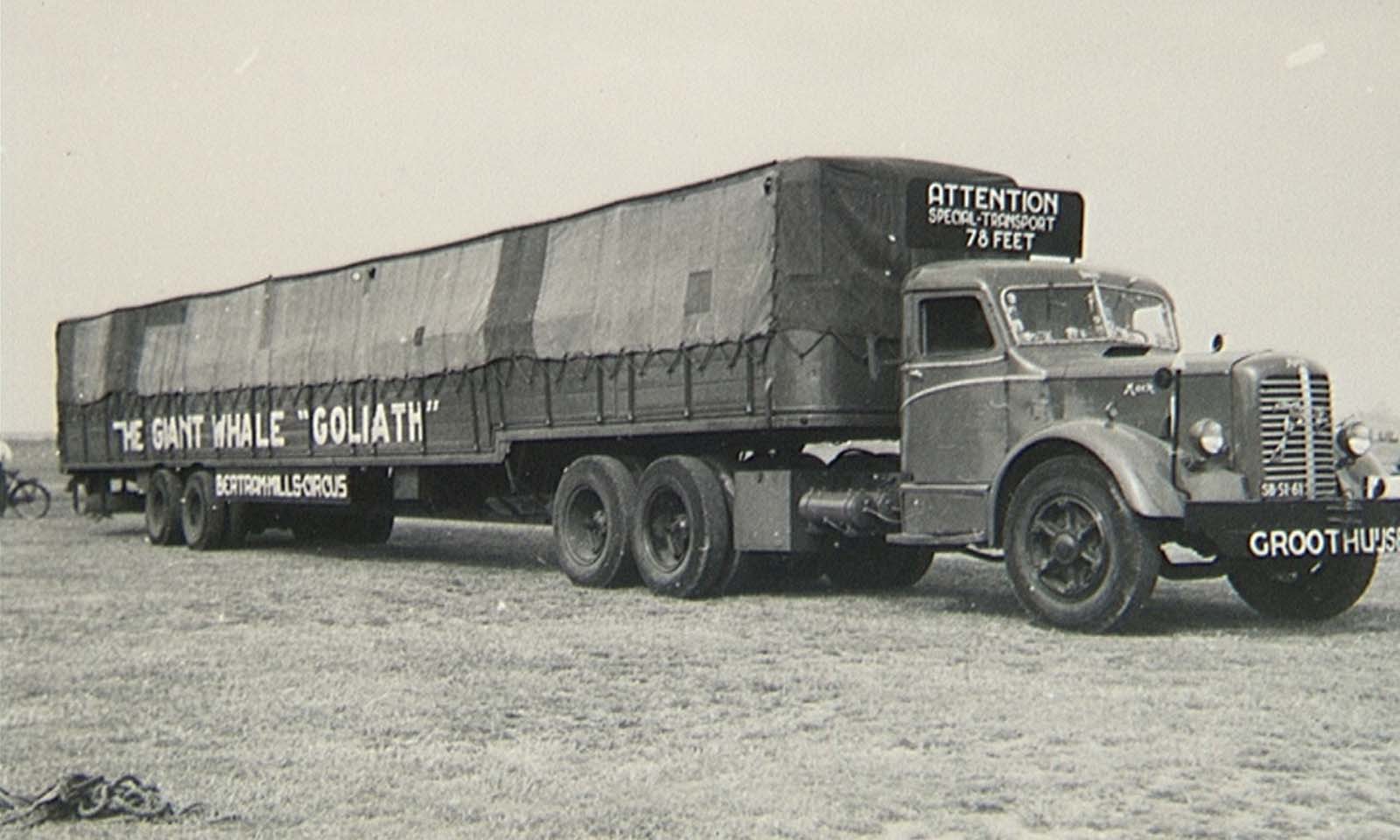 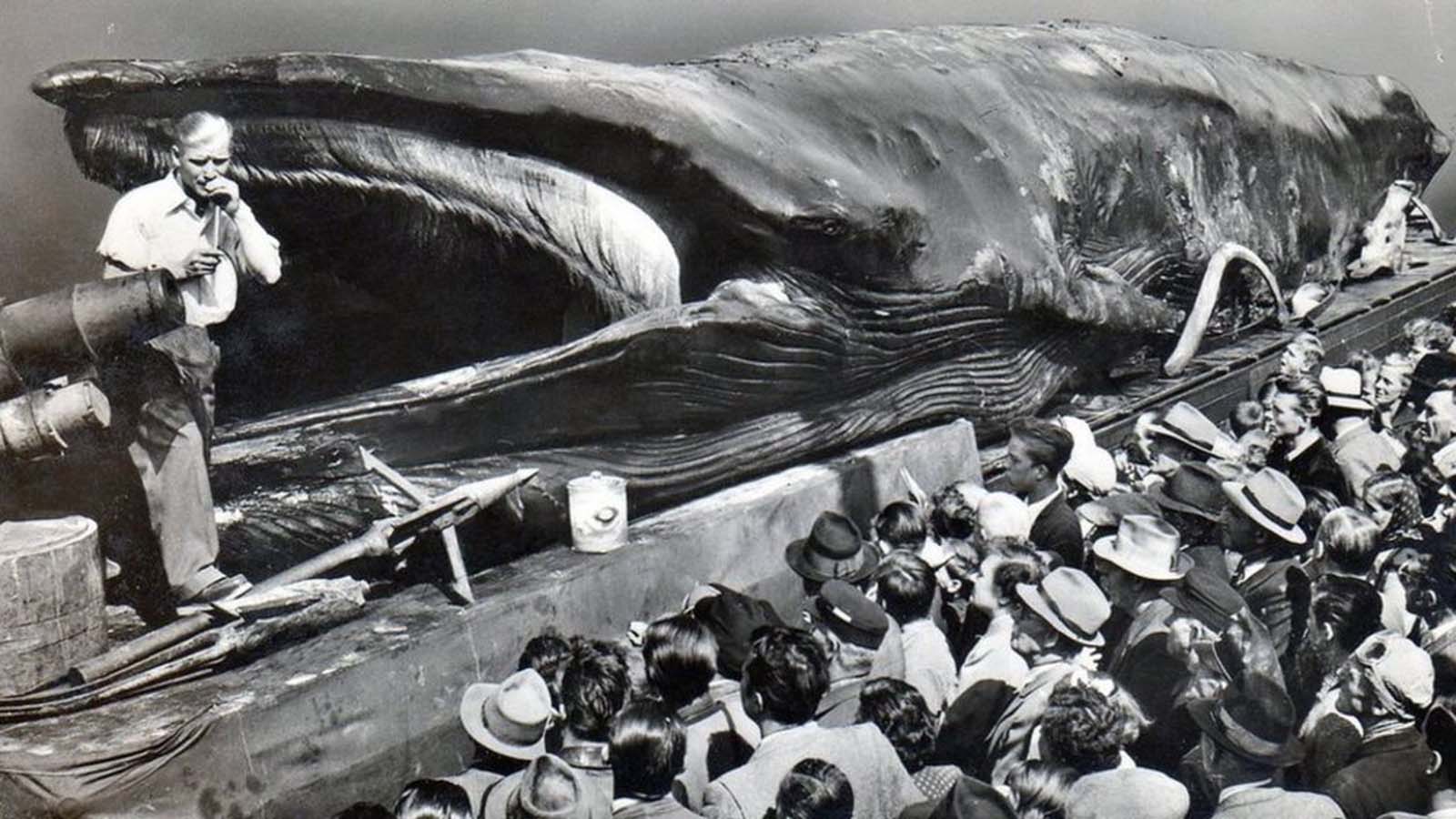 Instruments of whale-killing, such as harpoons, were displayed alongside the corpse. 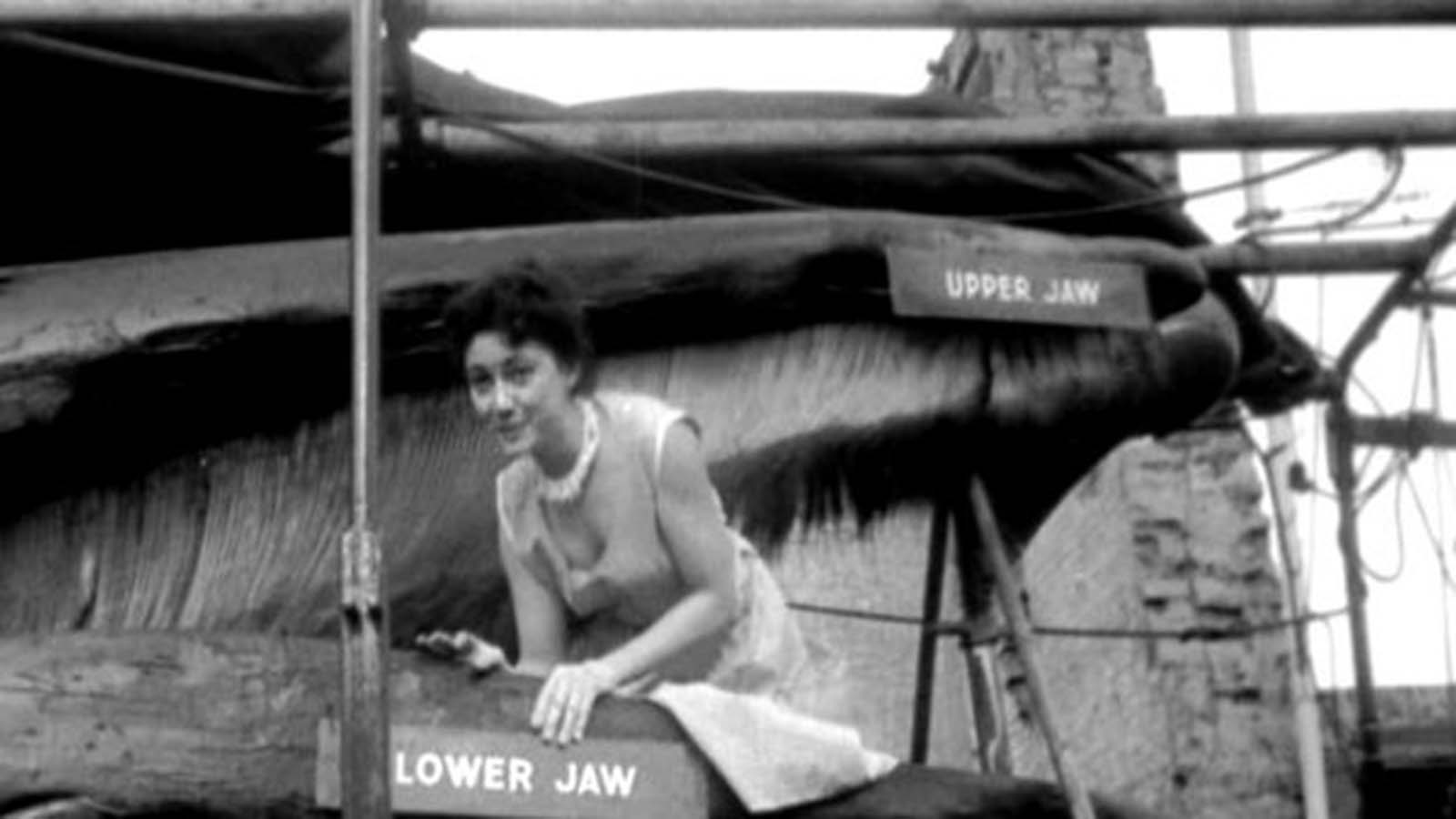 People would pose for their photograph with the whale. 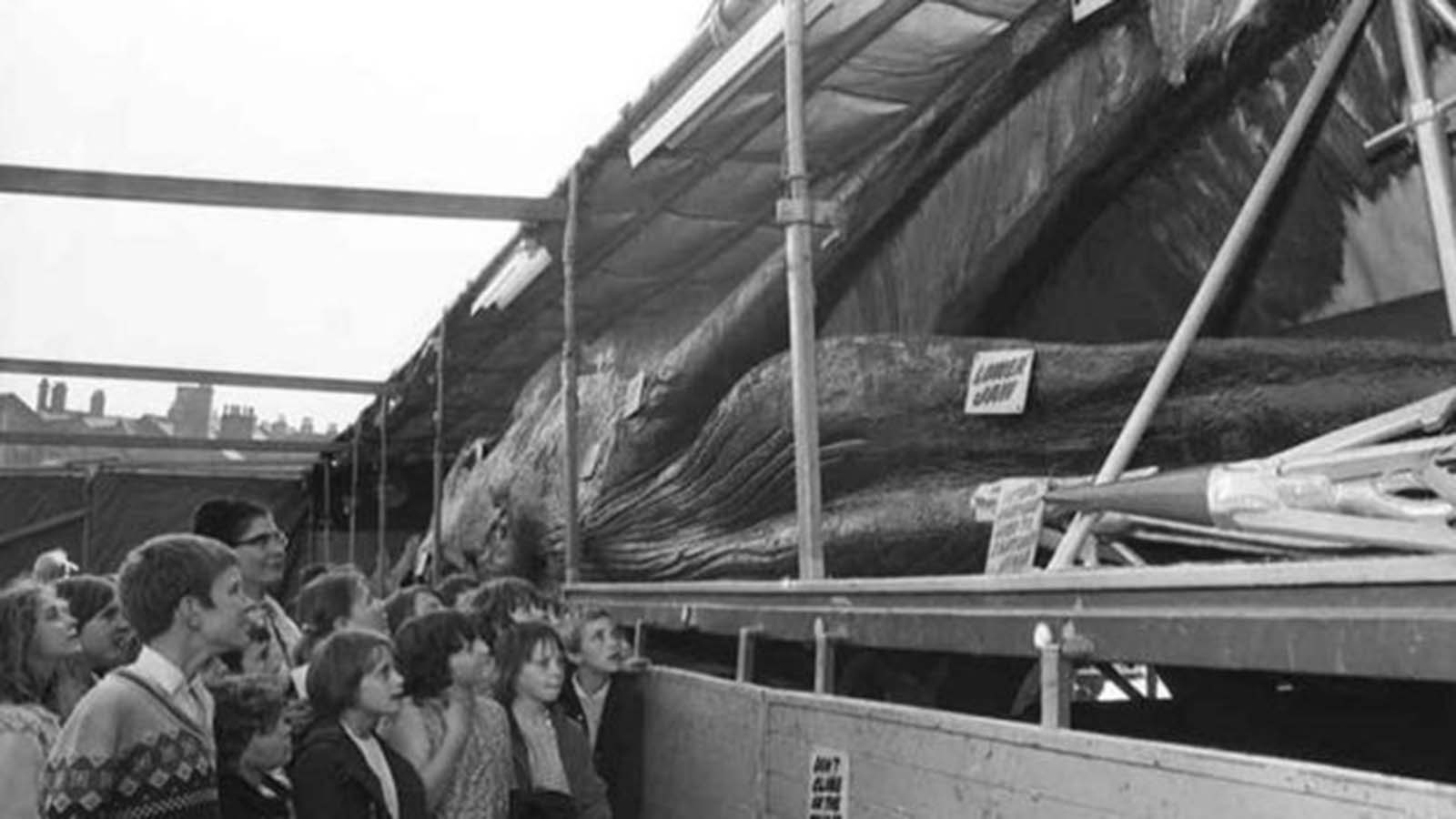 In an era of limited television, staring at a dead whale was seen as a good pastime.