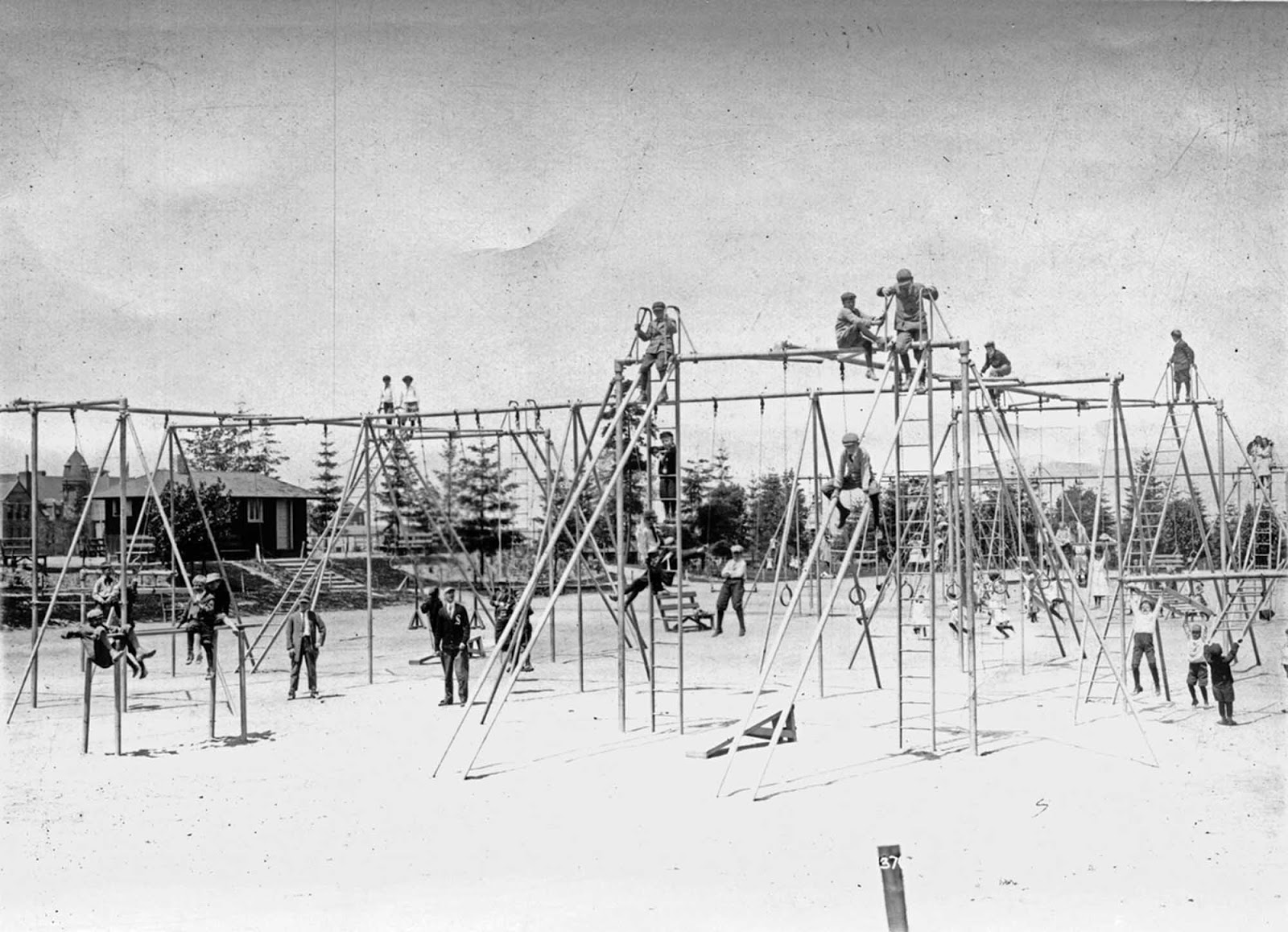 If it seems like today’s kids have gotten “softer” compared to the kids decades ago, perhaps it’s because playgrounds have gotten softer as well.

Thanks to state laws and personal injury lawyers, the landscape of the typical playground has changed a lot over the years, making it a safer and more “educationally interactive” environment.

On the other hand, maybe those rough-and-tumble recreation areas of yesteryear served as an early life lesson that the world was a harsh and unforgiving place.

According to a New York Times article, some researchers question the value of safety-first playgrounds. Even if children do suffer fewer physical injuries — and the evidence for that is debatable — the critics say that these playgrounds may stunt emotional development, leaving children with anxieties and fears that are ultimately worse than a broken bone.

“Children need to encounter risks and overcome fears on the playground”, said Ellen Sandseter, a professor of psychology at Queen Maud University in Norway. “I think monkey bars and tall slides are great. 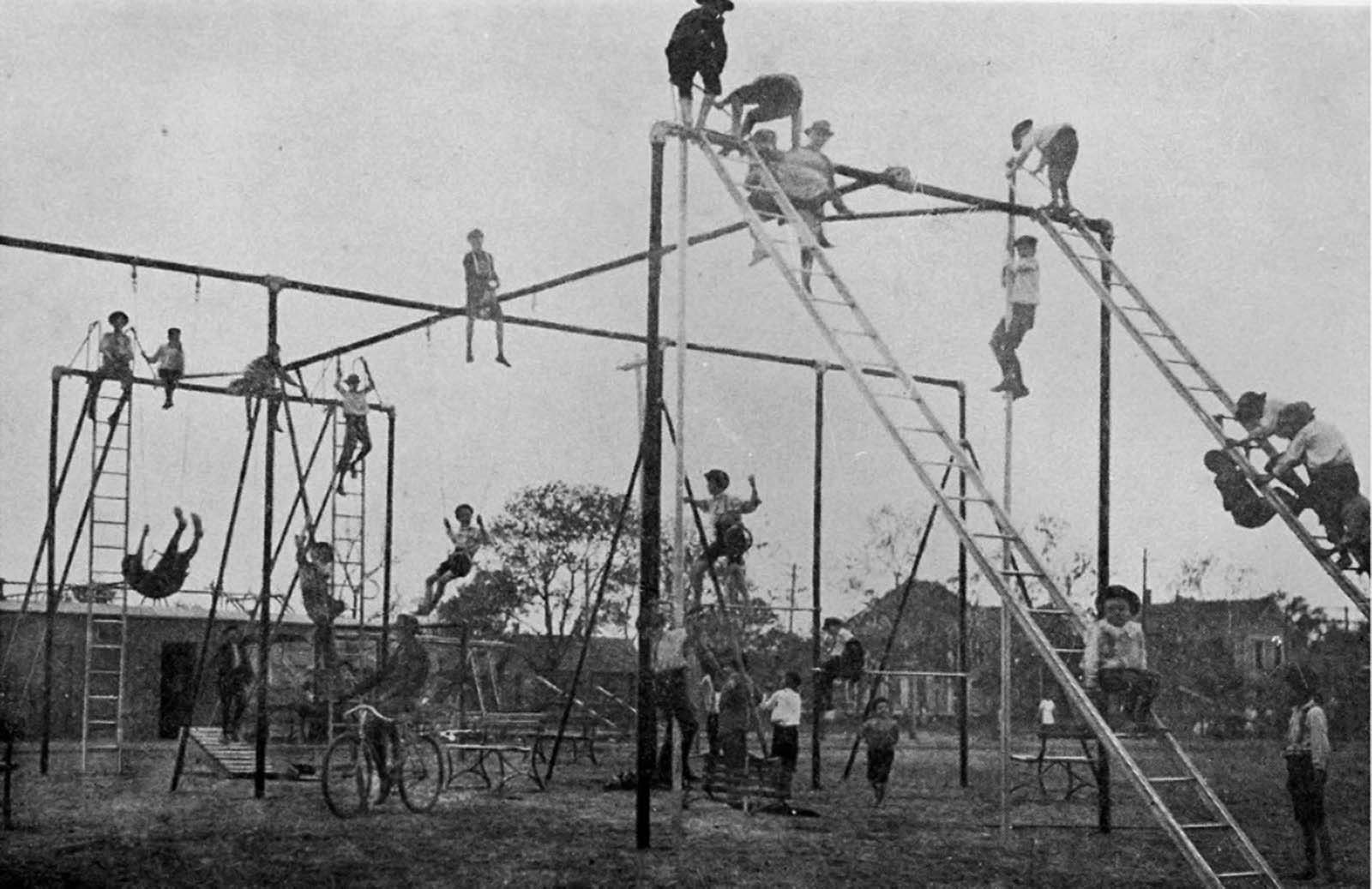 As playgrounds become more and more boring, these are some of the few features that still can give children thrilling experiences with heights and high speed”.

Sometimes, of course, their mastery fails, and falls are a common form of playground injury. But these rarely cause permanent damage, either physically or emotionally.

While some psychologists — and many parents — have worried that a child who suffered a bad fall would develop a fear of heights, studies have shown the opposite pattern: A child who’s hurt in a fall before the age of 9 is less likely as a teenager to have a fear of heights.

By gradually exposing themselves to more and more dangers on the playground, children are using the same habituation techniques developed by therapists to help adults conquer phobias, according to Dr. Sandseter and a fellow psychologist, Leif Kennair, of the Norwegian University for Science and Technology. 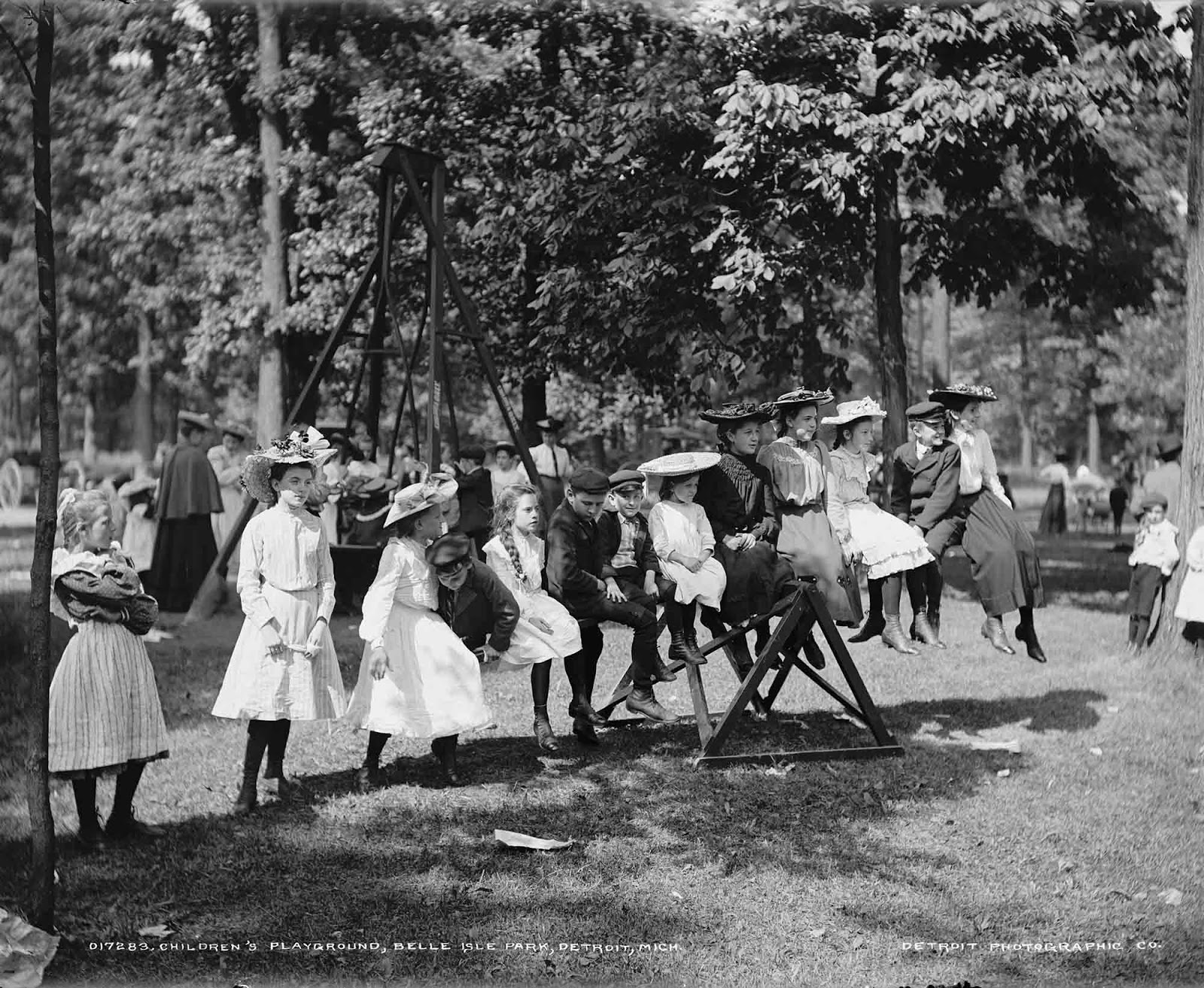 The idea of the playground as a method for imbuing children with a sense of fair play and good manners originated in Germany where playgrounds were erected in connection to schools. Humanitarians saw playgrounds as the solution to cramped quarters, poor air quality, and social isolation.

This new concept could keep children off the dangerous streets and help them develop their physical health, good habits, socialization skills, and the pleasure of being a child.

The first playground in the USA was built in San Francisco’s Golden Gate Park in 1887. In 1906, the Playground Association of America was formed to promote ideas of playgrounds to communities, including benefits, construction, layout and design, and the conduct and activities to occur on playgrounds. 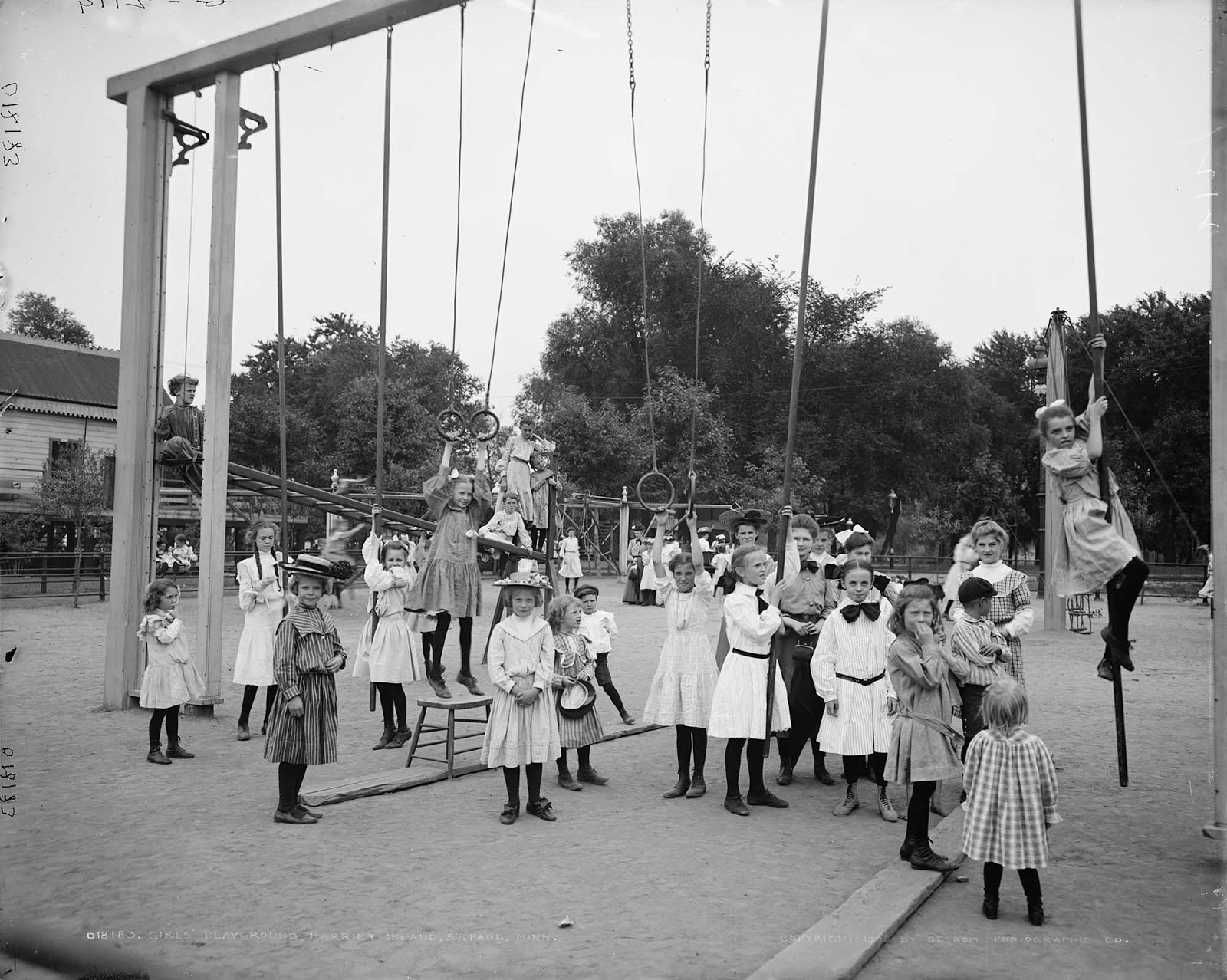 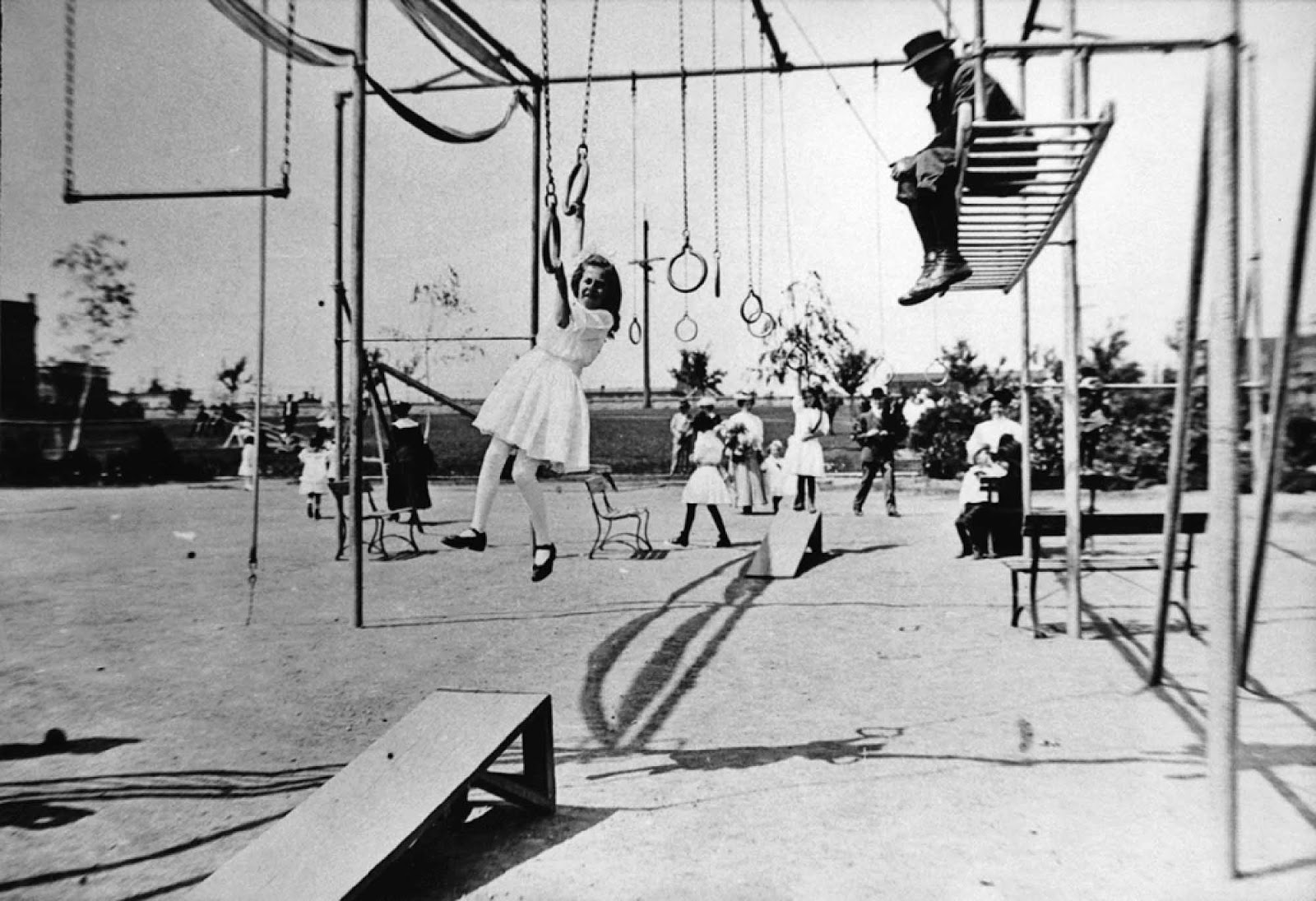 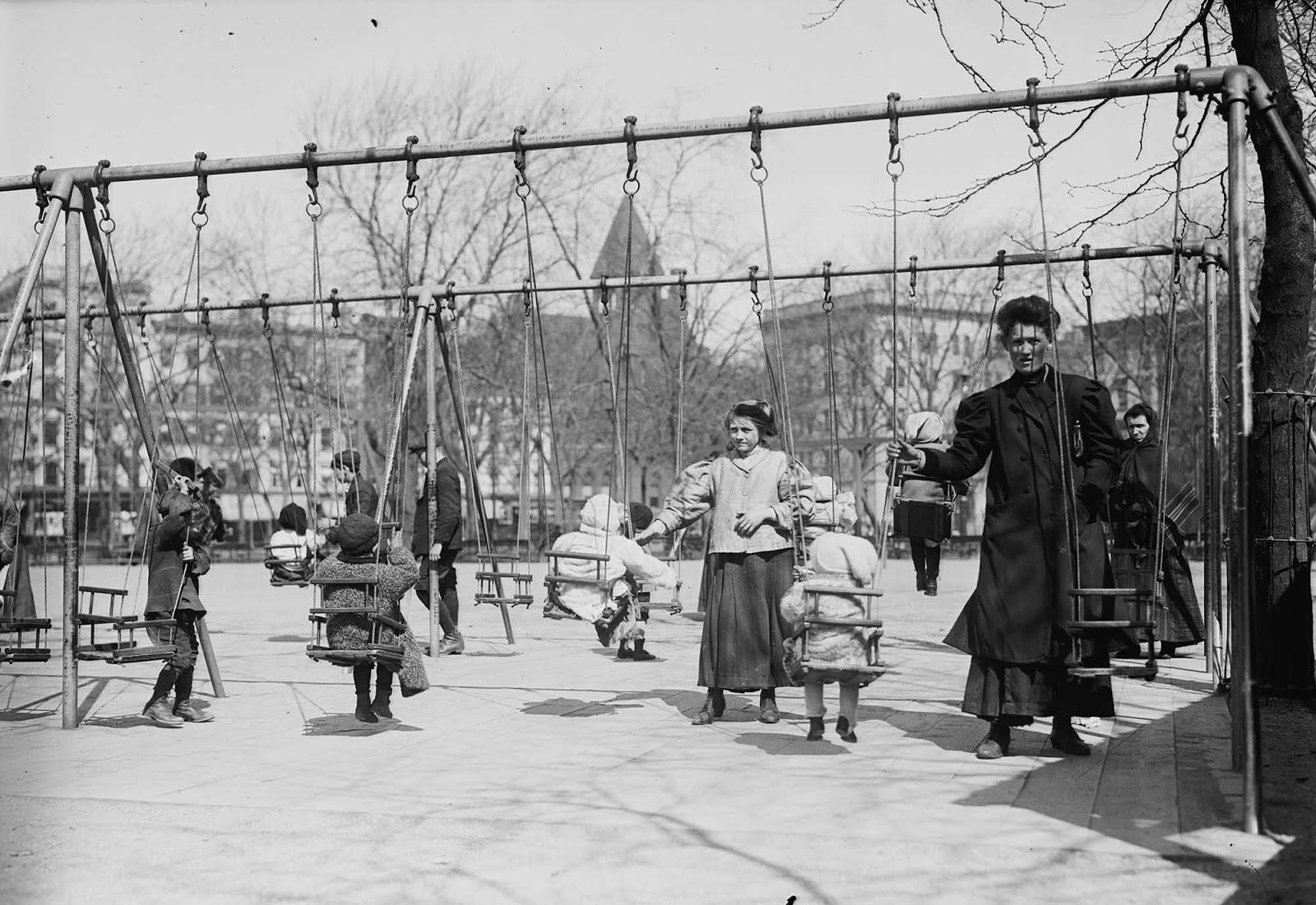 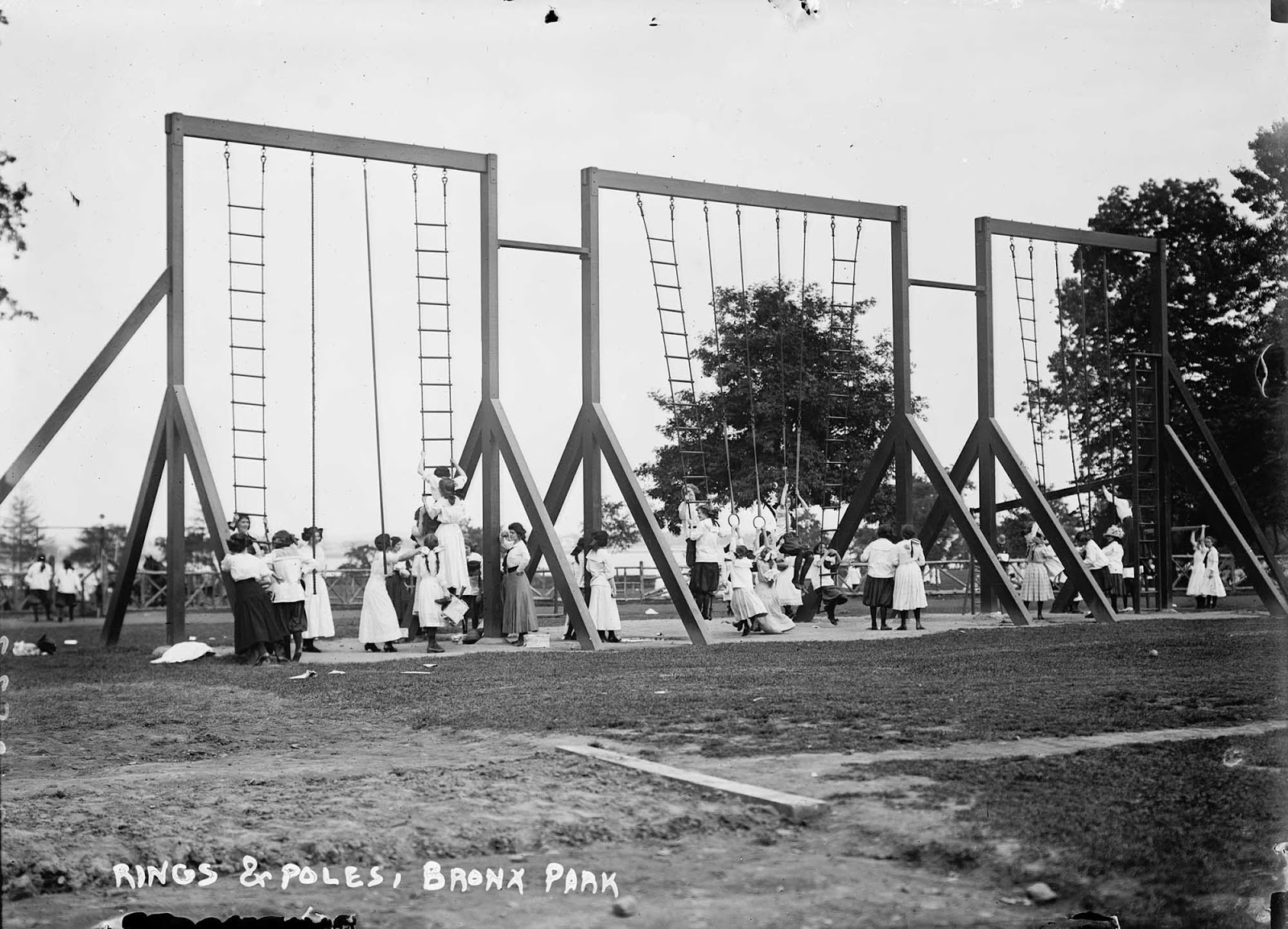 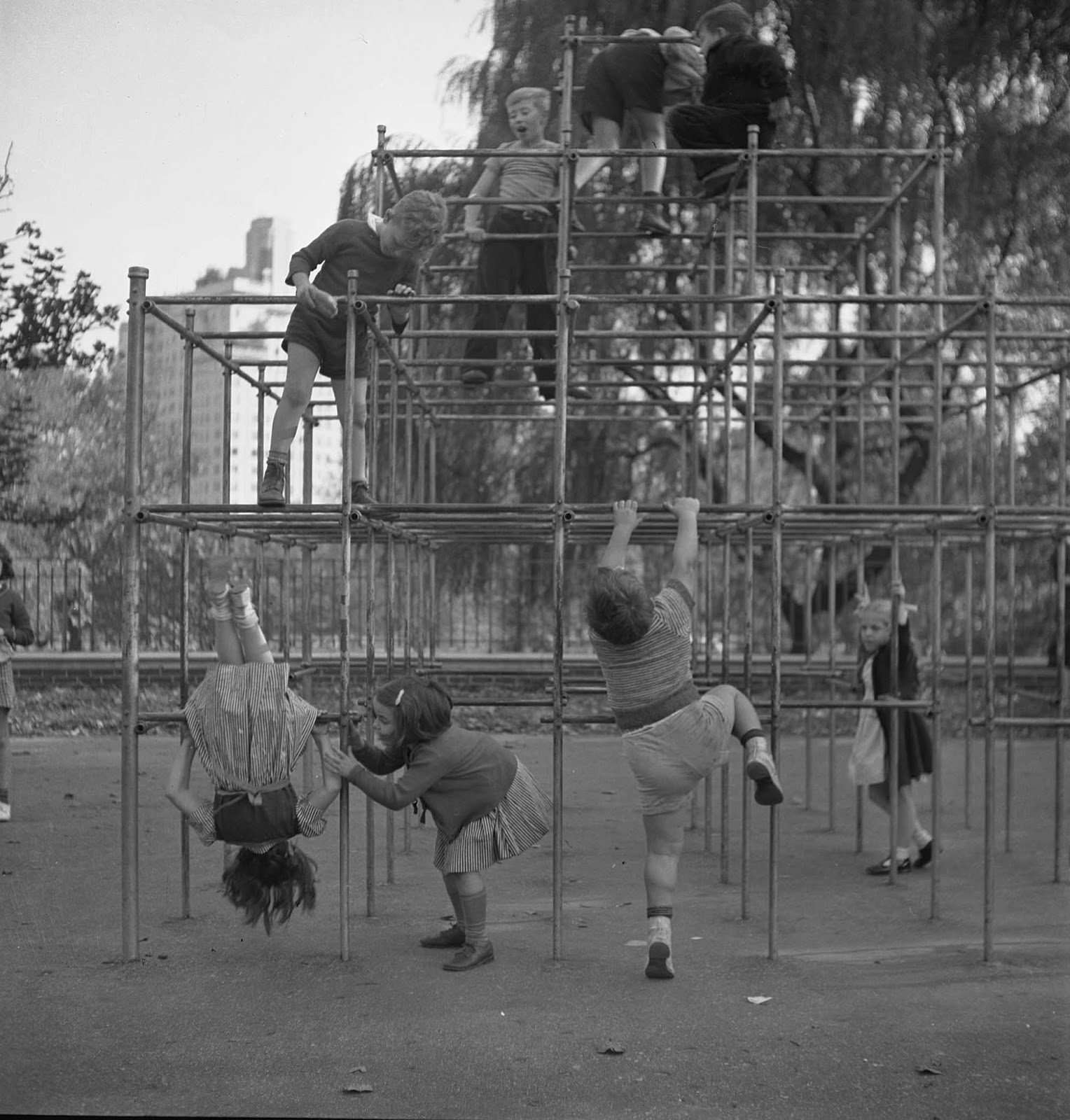 Another structure in an old playground in Boston, made out of wood and extremely dangerous. Kids could fall easily and harm themselves.

A homemade slide from 1918. Looks quite dangerous.

The original ad for this spinner claimed: “There is plenty of action, bringing into play every muscle in the child’s body.”