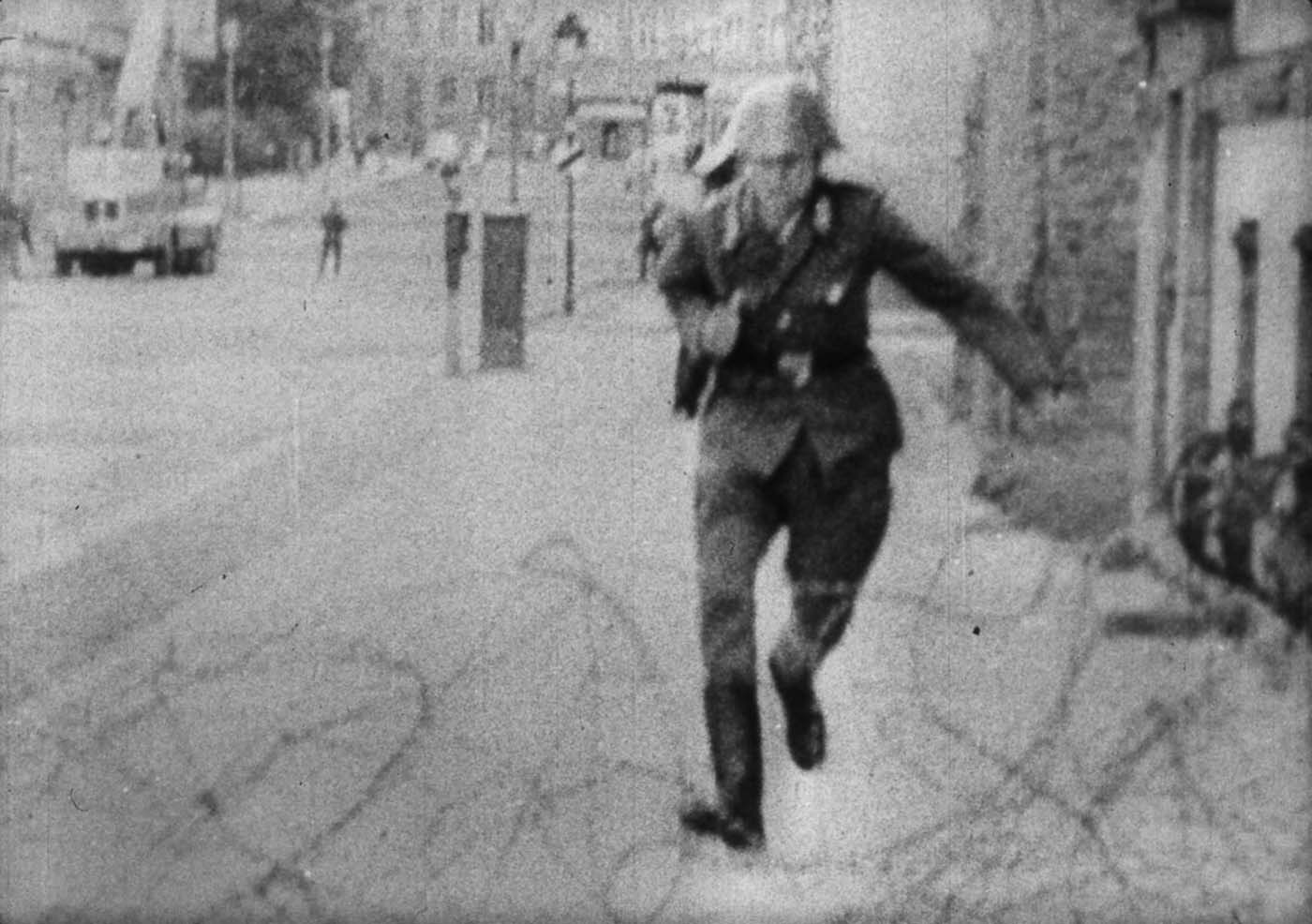 “Come on over, come on over!” (Komm’ rüber!) the West Berlin crowd on Bernauer Strasse chanted.

Conrad Schumann was immortalized in this photograph as he leapt across the barricade that would become the Berlin Wall. The photo was called “The Leap into Freedom”. It became an iconic image of the Cold War.

Born in Zschochau, Saxony during the middle of World War II, he enlisted in the East German state police following his 18th birthday. Since he had always shown himself to be a loyal and hardworking young citizen of the German Democratic Republic, local military officials offered him an elite position in the paramilitary Bereitschaftspolizei or BePo (“riot police”), which was specifically conceived to suppress the rebellion.

On 15 August 1961, the 19-year-old Schumann was sent to the corner of Ruppiner Strasse and Bernauer Strasse to guard the Berlin Wall on its third day of construction. At that time, the wall was only a low barbed wire fence. At the same spot, on the West Berlin, was standing the 19-year-old photographer Peter Leibing.

For more than an hour, Leibing stood watching the nervous young non-commissioned officer as he paced back and forth, his PPSh-41 slung over his shoulder, smoking one cigarette after another. “Come on over, come on over!” (Komm’ rüber!) the West Berlin crowd on Bernauer Strasse chanted. “He’s going to jump!” one passerby remarked.

And at four p.m. on August 15, 1961, Leibing got lucky. Schumann tossed aside his cigarette, then turned and ran for the coil of barbed wire that marked the boundary between East and West. He jumped, flinging away his gun as he flew, and Leibing clicked the shutter. A nearby newsreel cameraman captured the same scene on film. 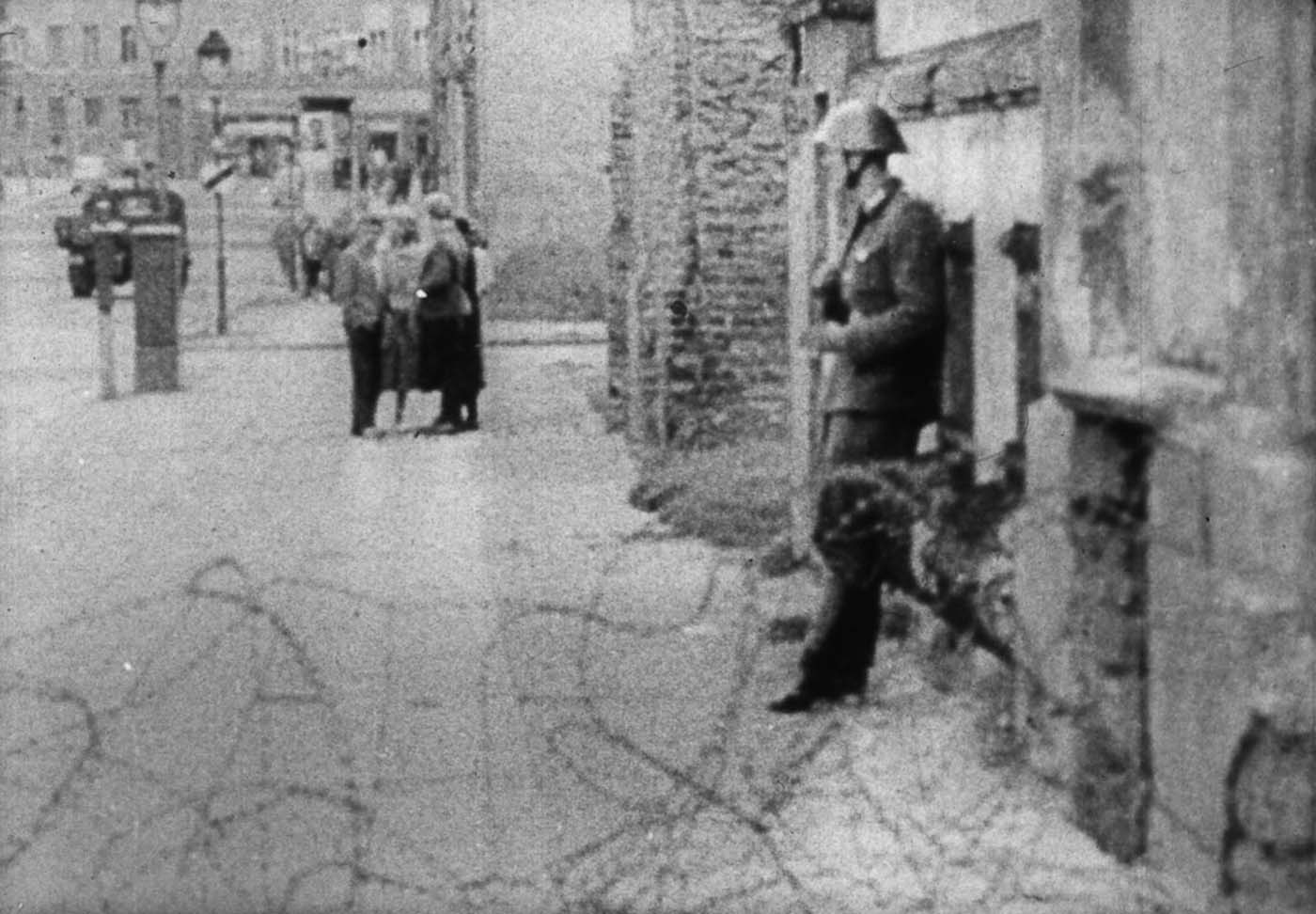 Conrad Schumann preparing himself to jump to the West side. (Still picture from the video footage). 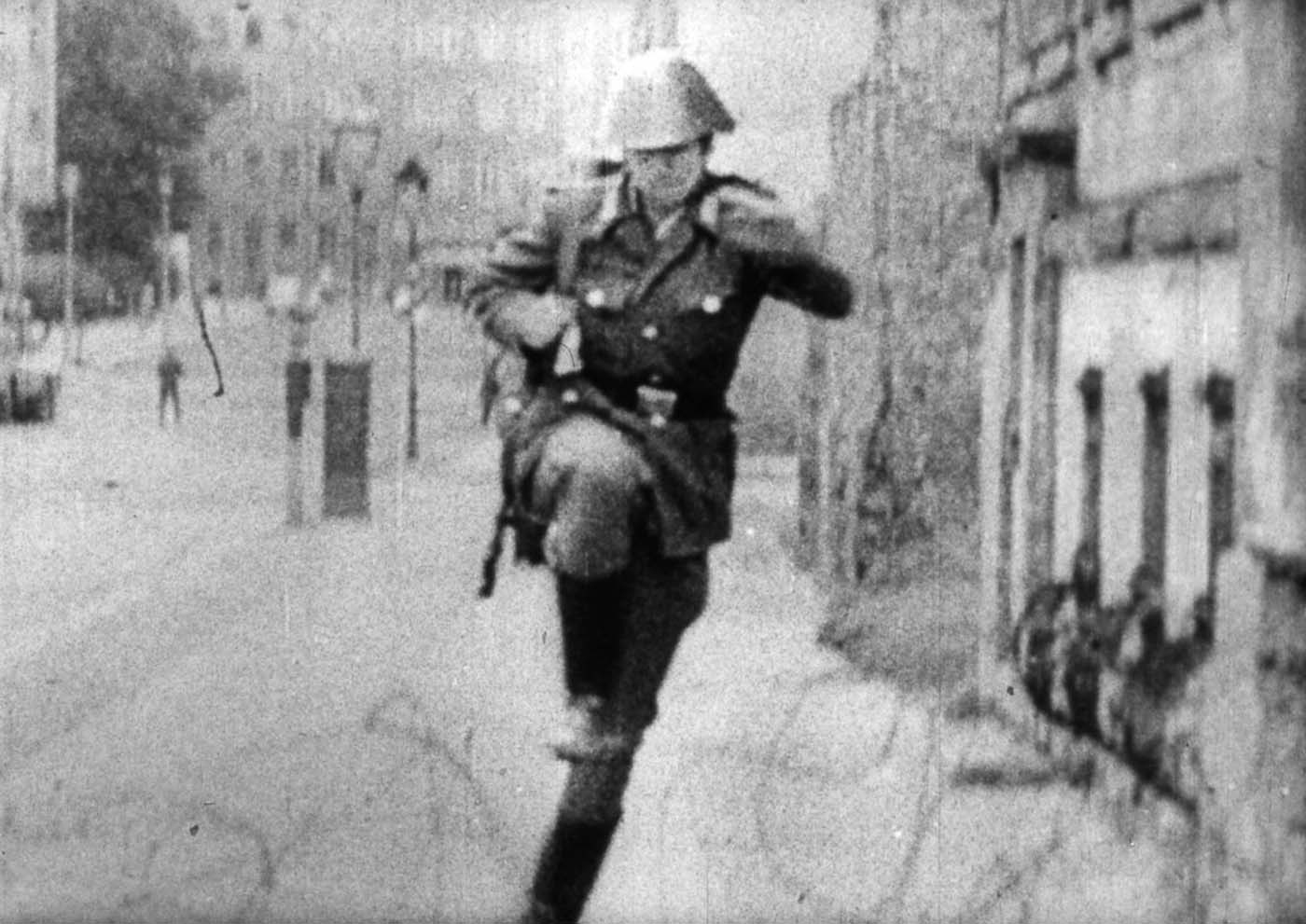 Schumann tossed aside his cigarette, then turned and ran for the coil of barbed wire that marked the boundary between East and West. (Still picture from the video footage).

Immediately Schumann was driven away from the scene by the West Berlin police. Then he was brought to a local police station, where he requested a liverwurst sandwich and yet another cigarette.

After a thorough interrogation, Schumann was handed a plane ticket for Bavaria – a place as far away from the GDR as he could get. Later he ended up as a winery worker in Bavaria.

But fame and escape brought him no happiness. The police psychologist who interviewed Schumann in Berlin shortly after his escape noted in his report that the soldier was deeply distressed at the publicity his act was going to bring both him and his family at home.

Not only did he have severe qualms about having deserted his comrades in the midst of a “combat operation” and having violated his sacred oath, but he also feared for his life. There were a number of proven cases of East German refugees and even West German critics who were either murdered or kidnapped by Stasi agents. 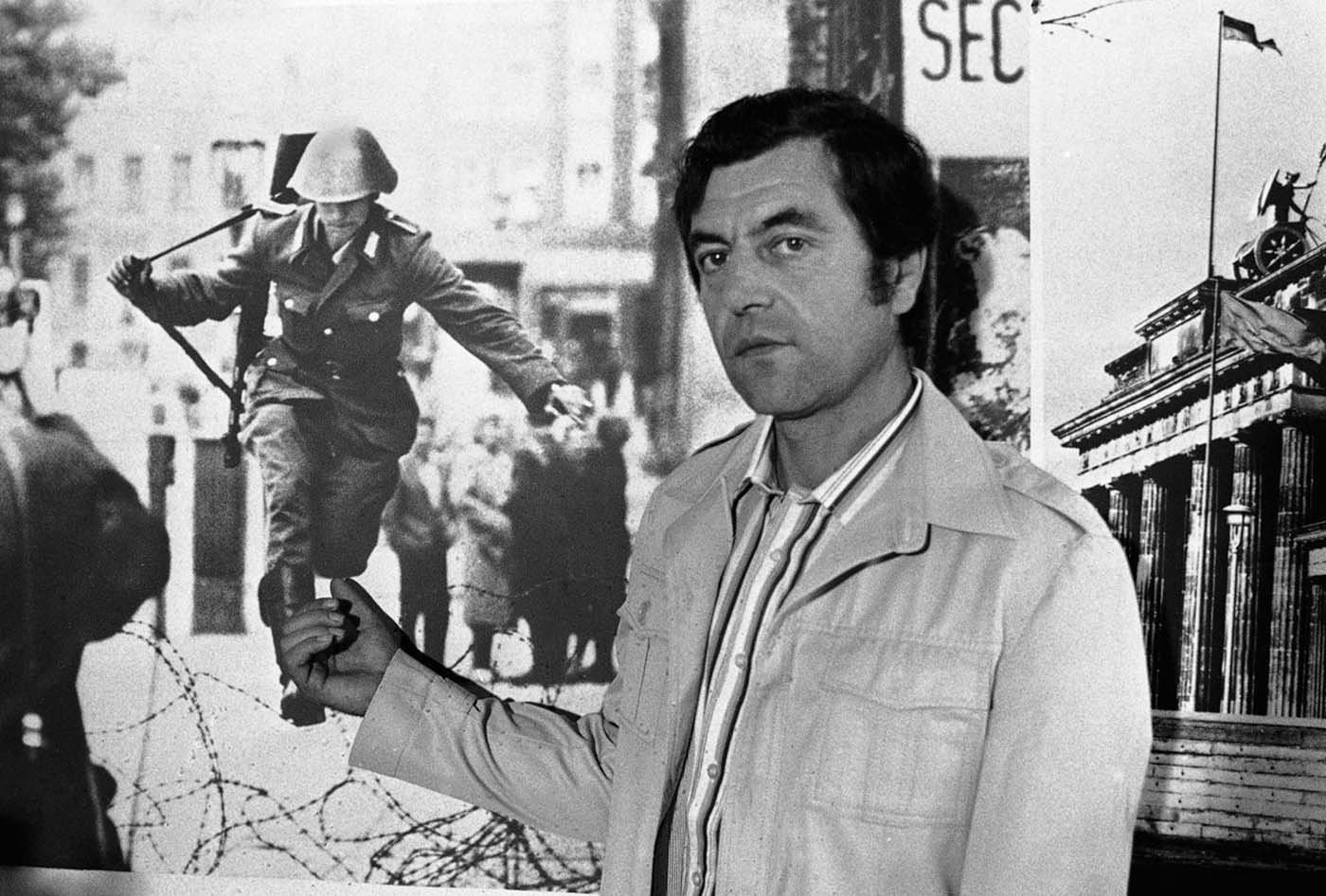 Twenty years after his jump, Schumann stands before the iconic photo by Peter Leibing.

In an interview in the 1990s, Schumann told reporters that he only really felt free after the fall of the Berlin Wall in 1989. Even so, he avoided visiting his parents and siblings in Saxony for several years following reunification, and his former comrades wanted nothing to do with him.

Once a deserter, always a deserter. On 20 June 1998, aged 56, suffering from depression, he committed suicide, hanging himself in his orchard near the town of Kipfenberg in Upper Bavaria.