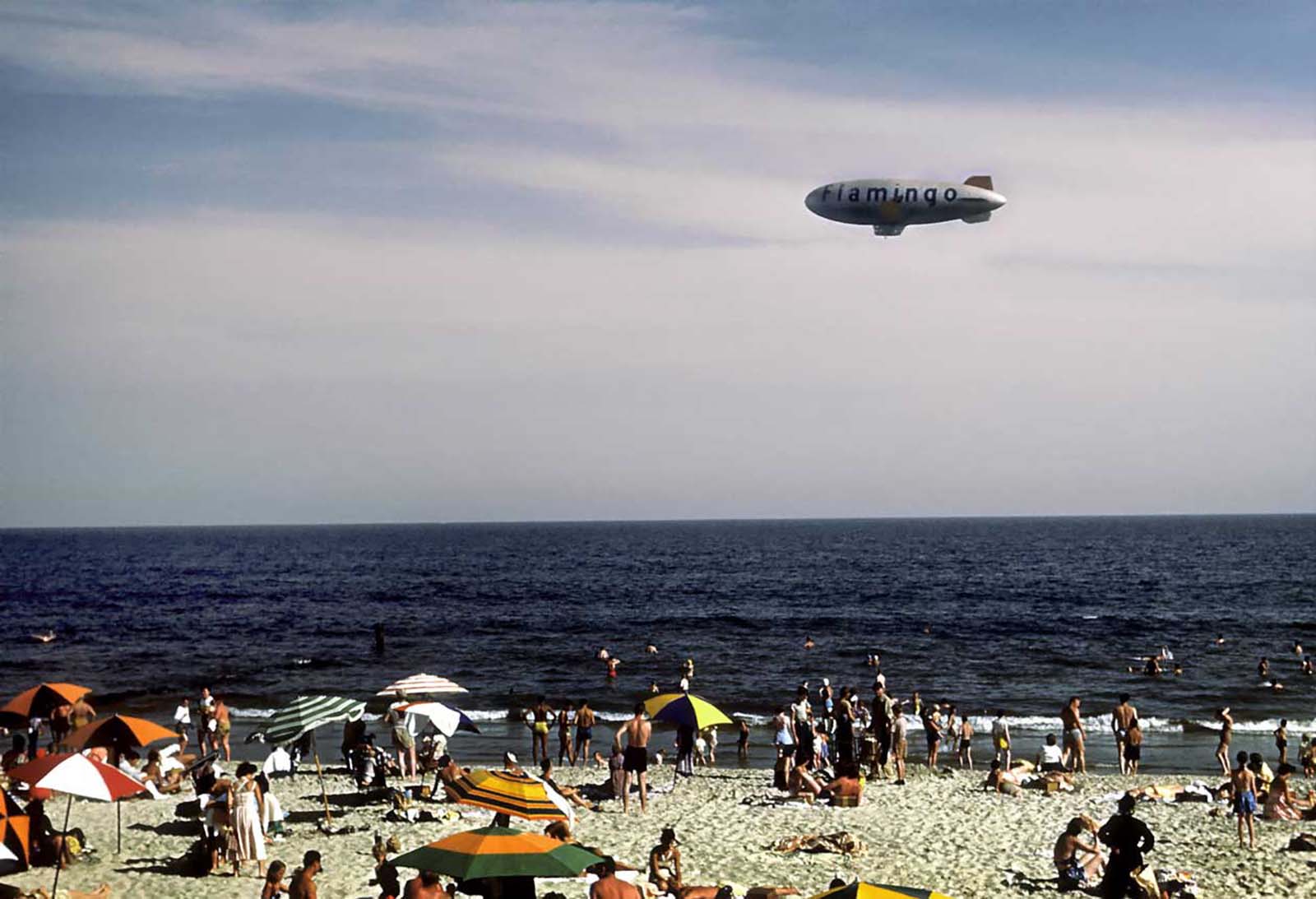 Sunbathers and swimmers on the beach while a blimp with the word Flamingo on the side glides above.

For e brief time, early in the twentieth century, Coney Island was the most dazzling spectacle in the world — a wonderland of light, imagination, and ingenuity that seemed to herald an emerging nation’s promise at the dawn of the century that it would come to dominate,

Coney Island’s three great amusement parks — Steeplechase, Luna Park, and Dreamland — took guests not on rides but on journeys: under the sea and around the world, to the past, to the future, to the outer space, to inner space.

Luna Park, the world’s first theme park, glittered with a quarter-million lightbulbs on playfully ornamented palaces and oriental towers, at a time when electricity was still a novelty. At Dreamland, where the themes were life, death, and morality, rides included the Creation, Hell Gate, and the End of the World.

The news about Coney Island traveled quickly, and visitors came from all over to see for themselves. Some arriving by boat thought New York was on fire when they first saw its blazing forest of lights. 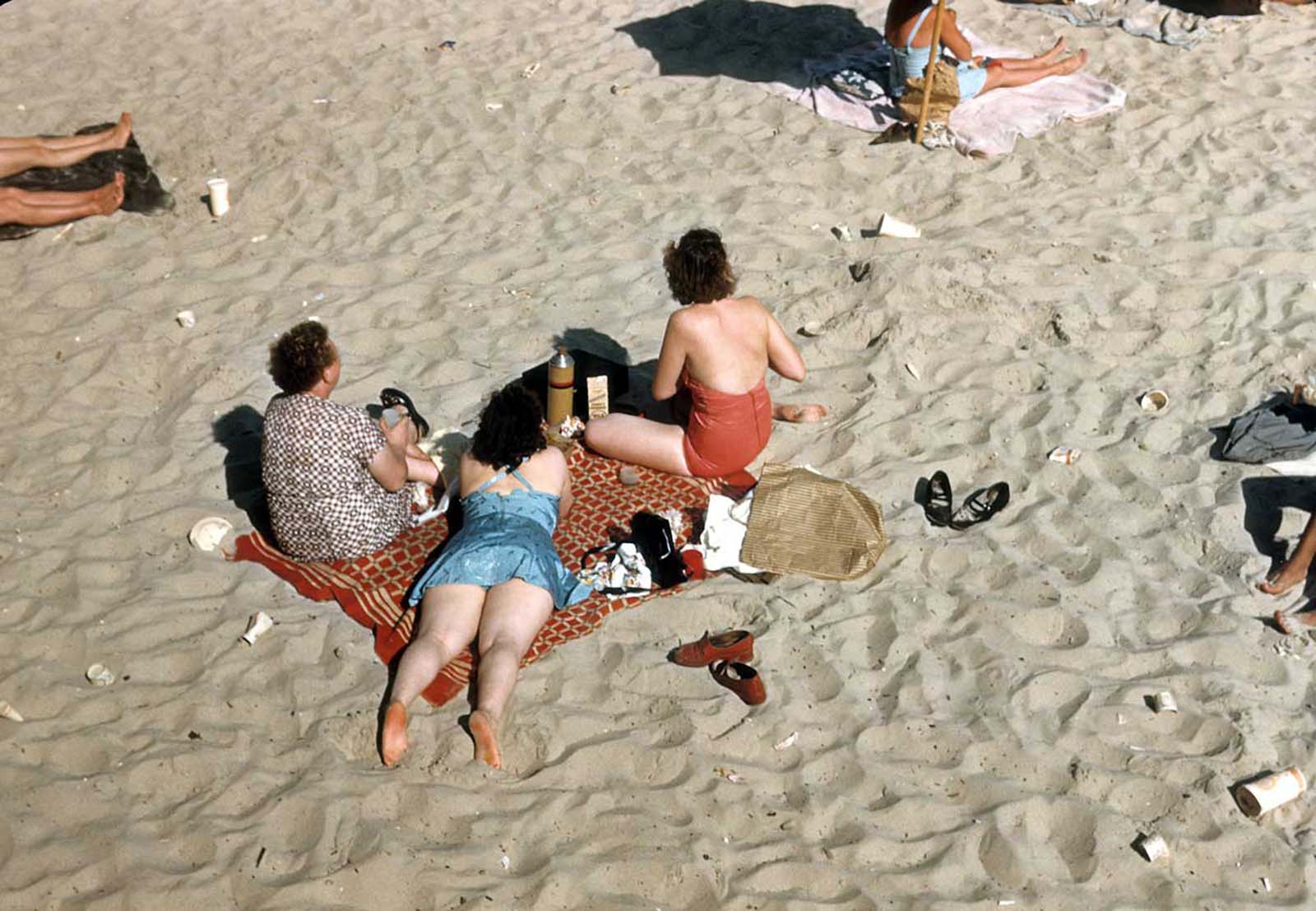 The Soviet writer Maxim Gorky wrote of his visit in 1907: “With the advent of the night, a fantastic city of fire suddenly rises from the ocean into the sky… Fabulous beyond conceiving, ineffably beautiful, in this fiery scintillation… The visitor is stunned; his consciousness is withered.”

Between about 1880 and World War II, Coney Island was the largest amusement area in the United States, attracting several million visitors per year.

Its development as an amusement area was concurrent with the erection of urban amusement parks elsewhere in the United States, which changed amusement from a passive to an active concept.

However, after the Second World War, attendance began a steep decline amplified by the boom in car ownership that allowed people to travel to other entertaining spots. These color images collected here document people enjoying Coney Island, though its popular appeal had already passed.

Various redevelopment projects were proposed for Coney Island in the 1970s through the 2000s, though most of these were not carried out. 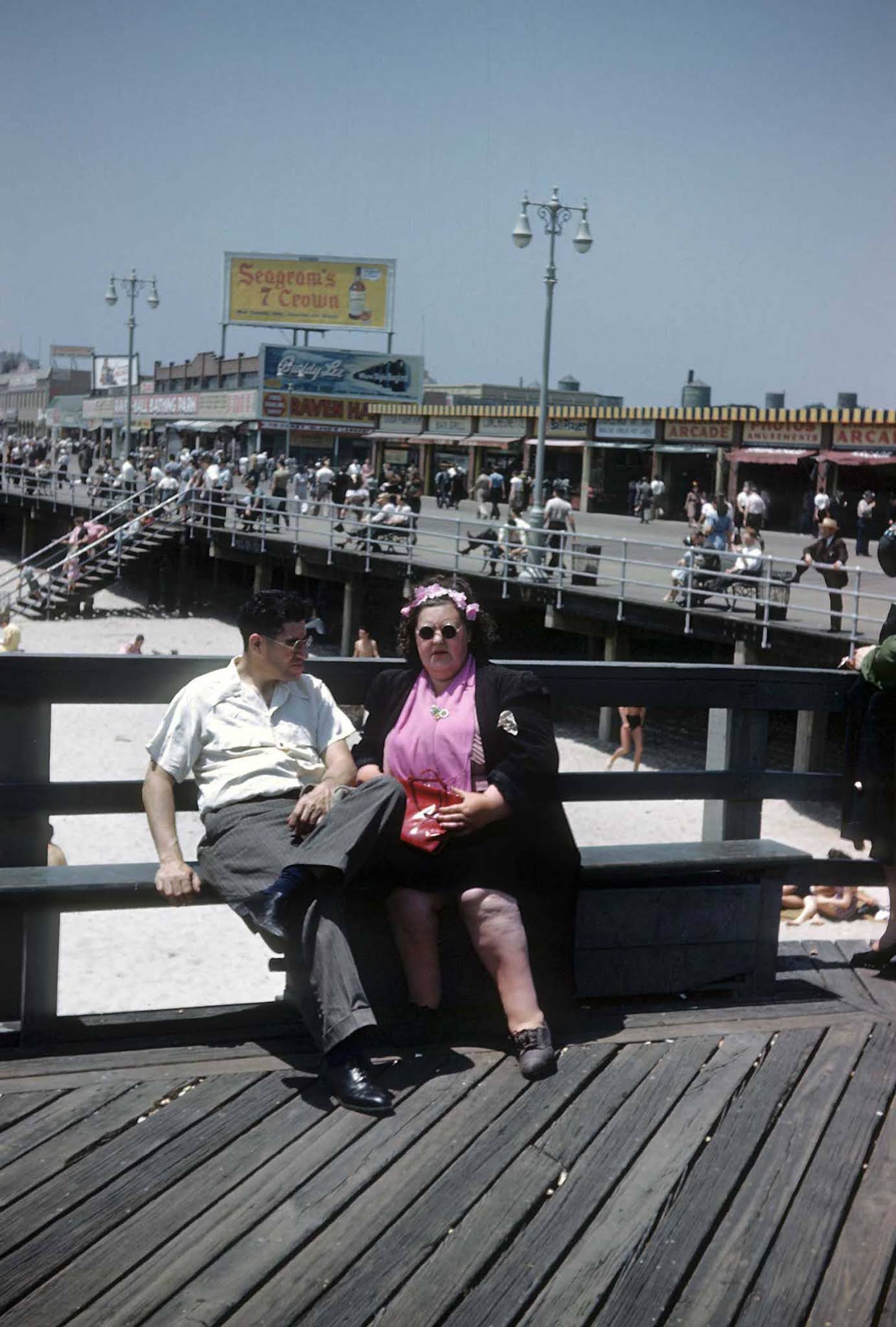 A view of the Coney Island Boardwalk. 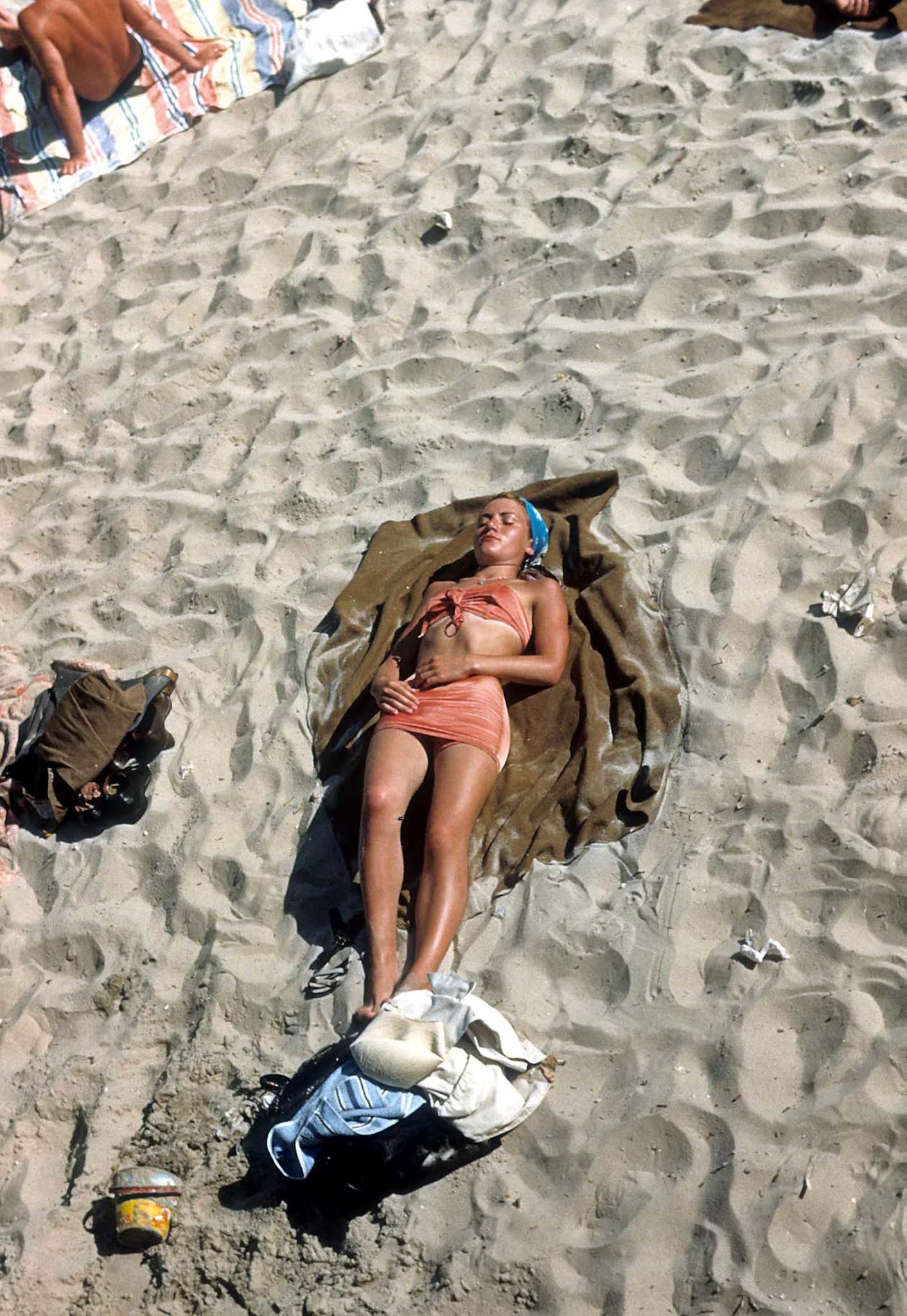 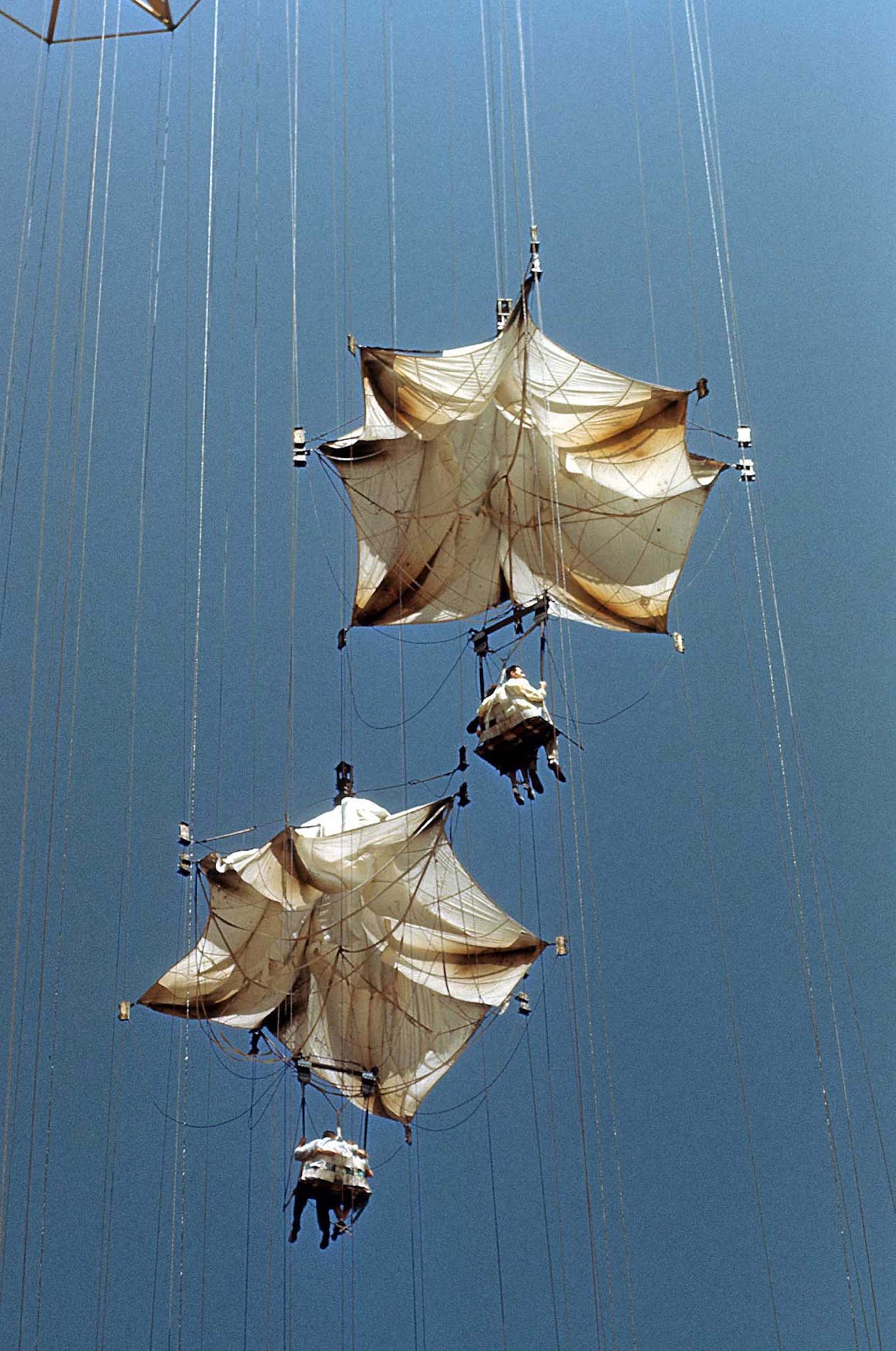 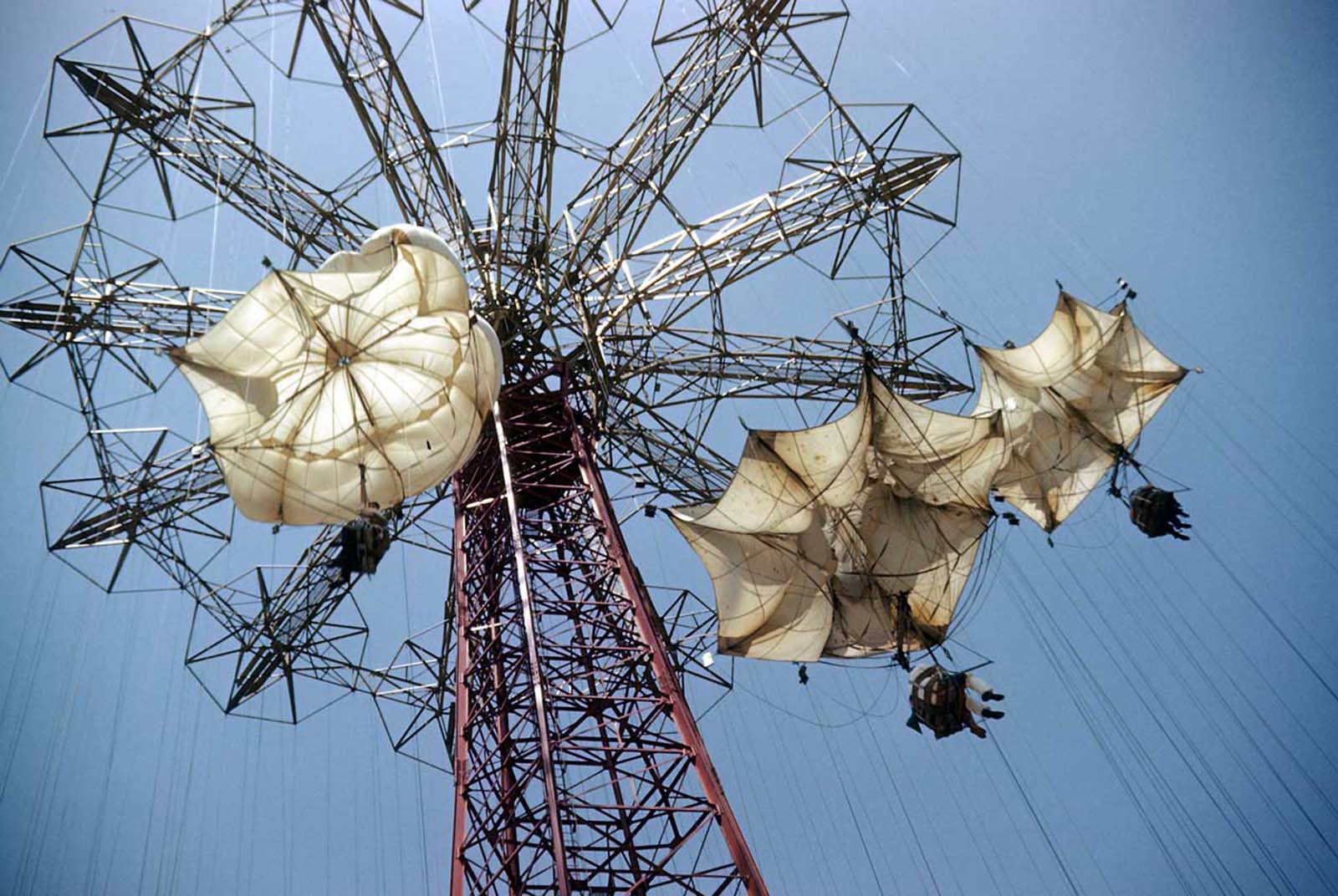 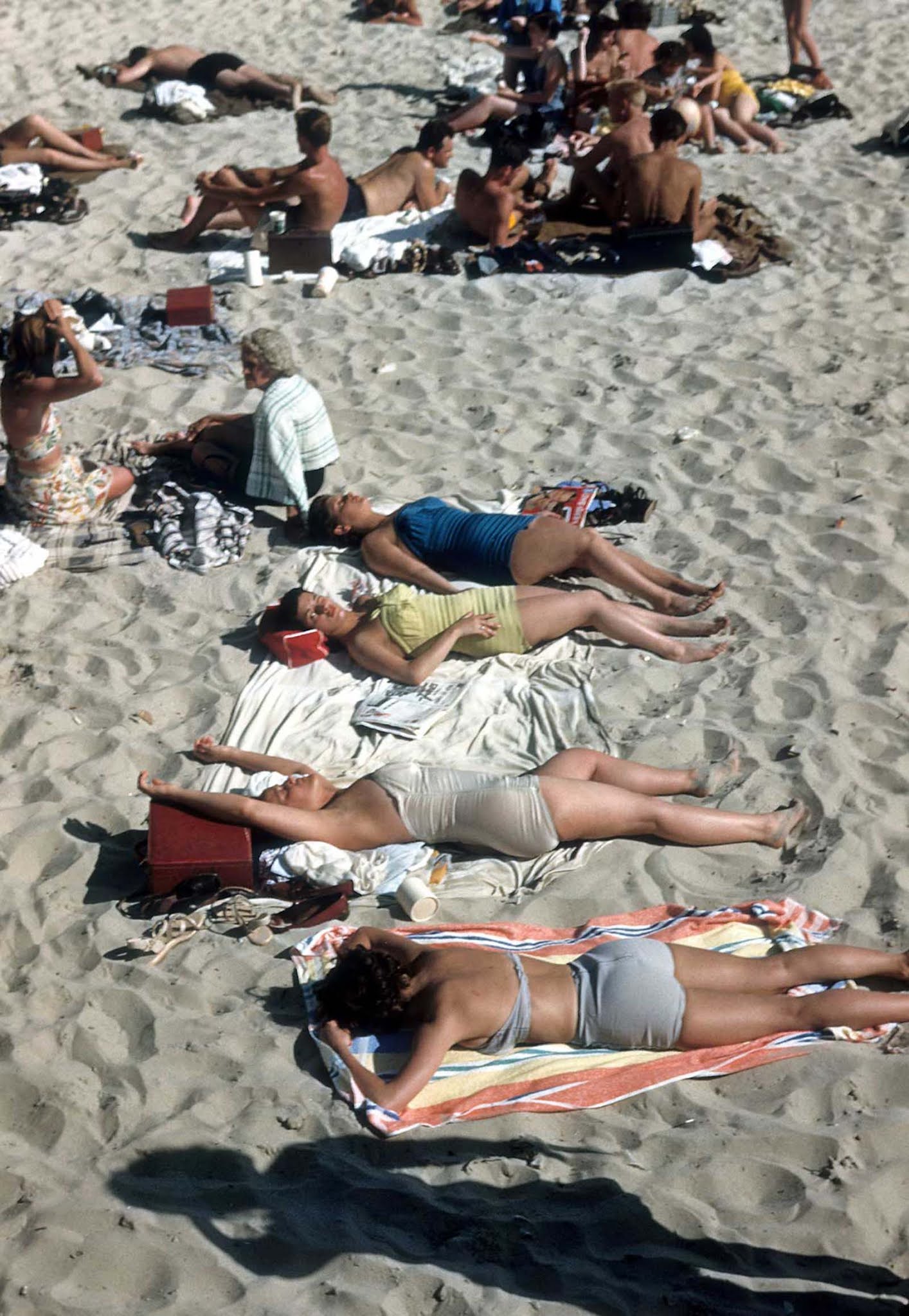 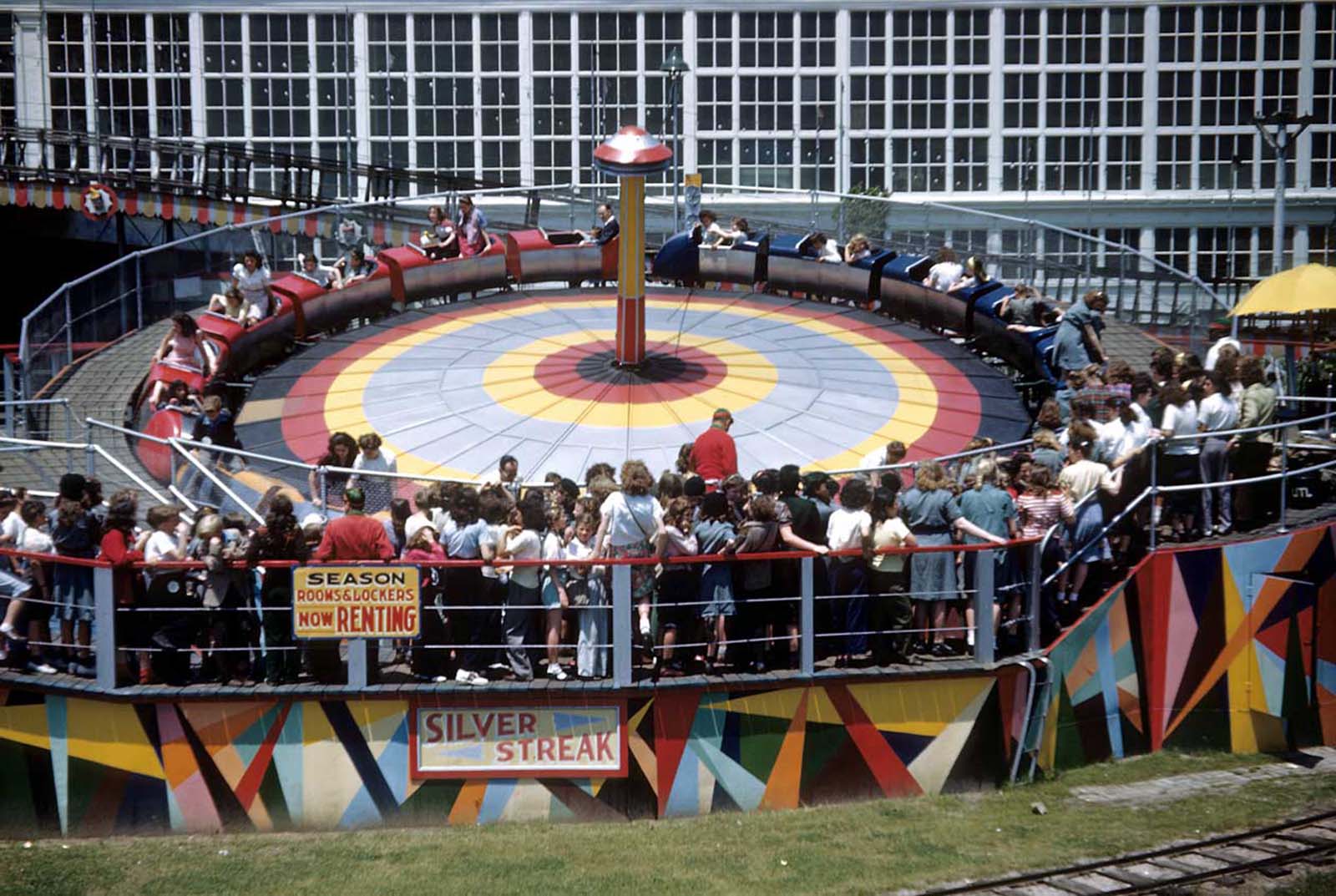 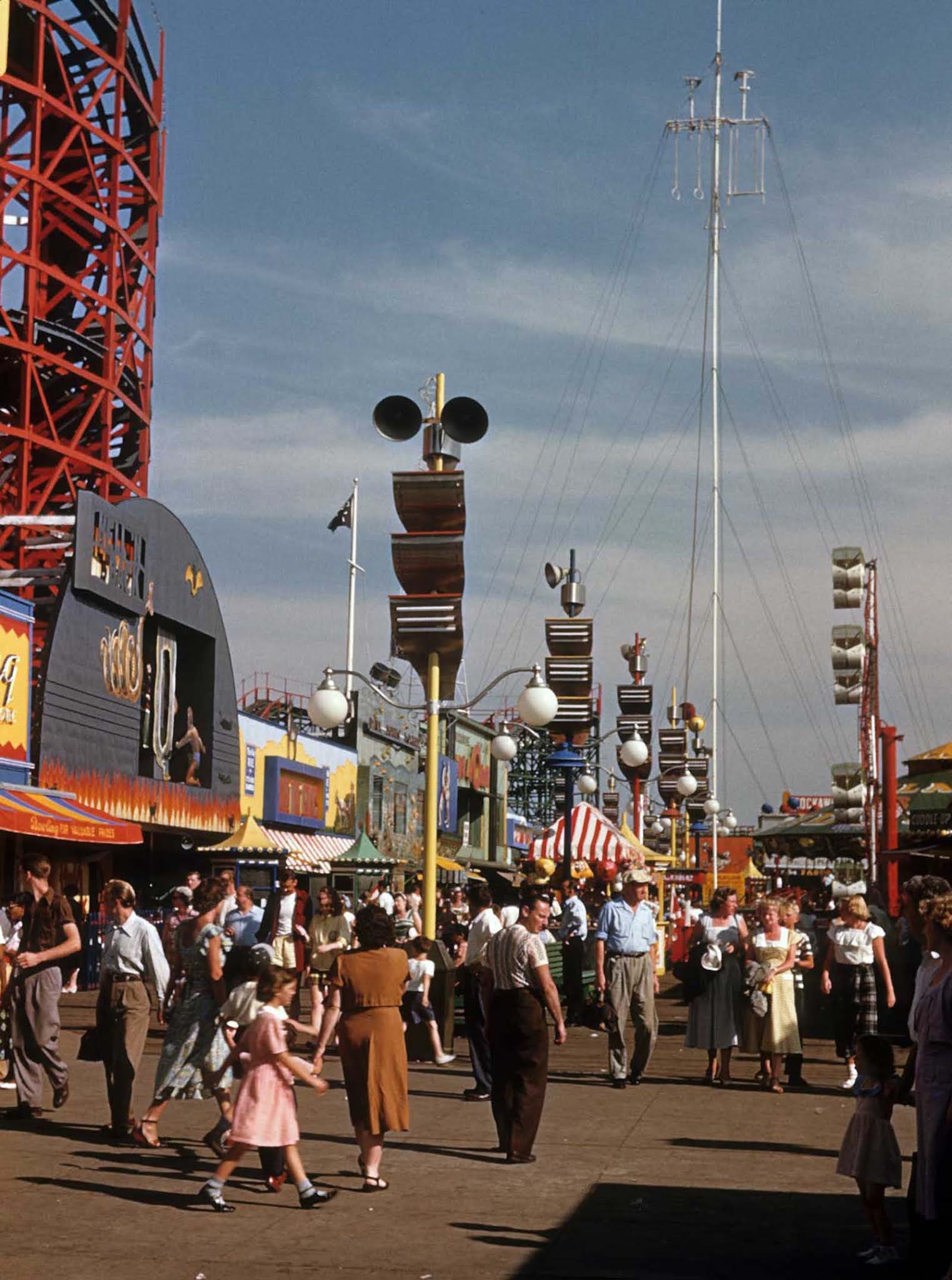 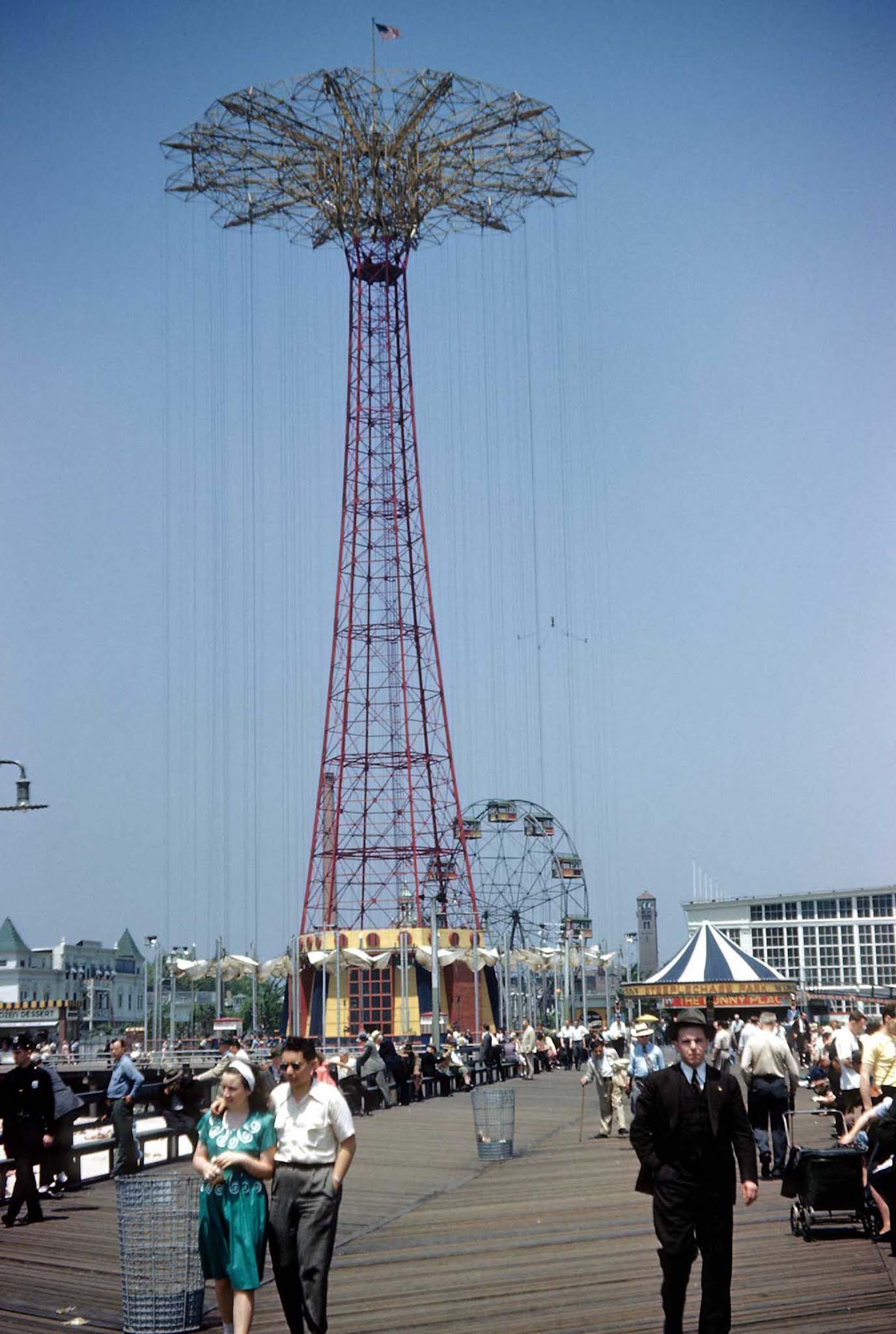 The Coney Island boardwalk and the famous Parachute Jump in Steeplechase Park, built as part of the 1939 New York World’s Fair and moved in 1941. 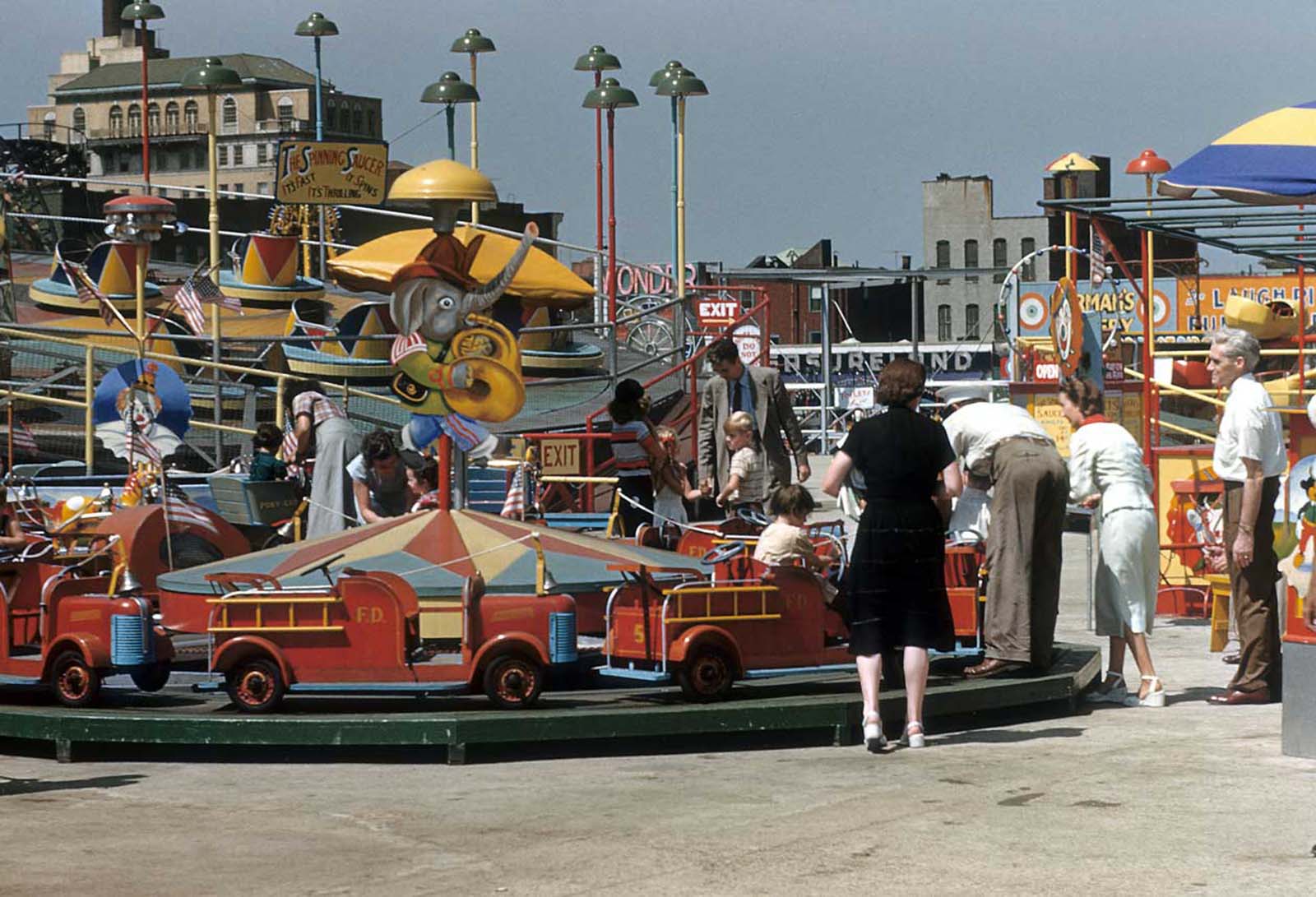 The Spinning saucer and other rides at Coney Island. 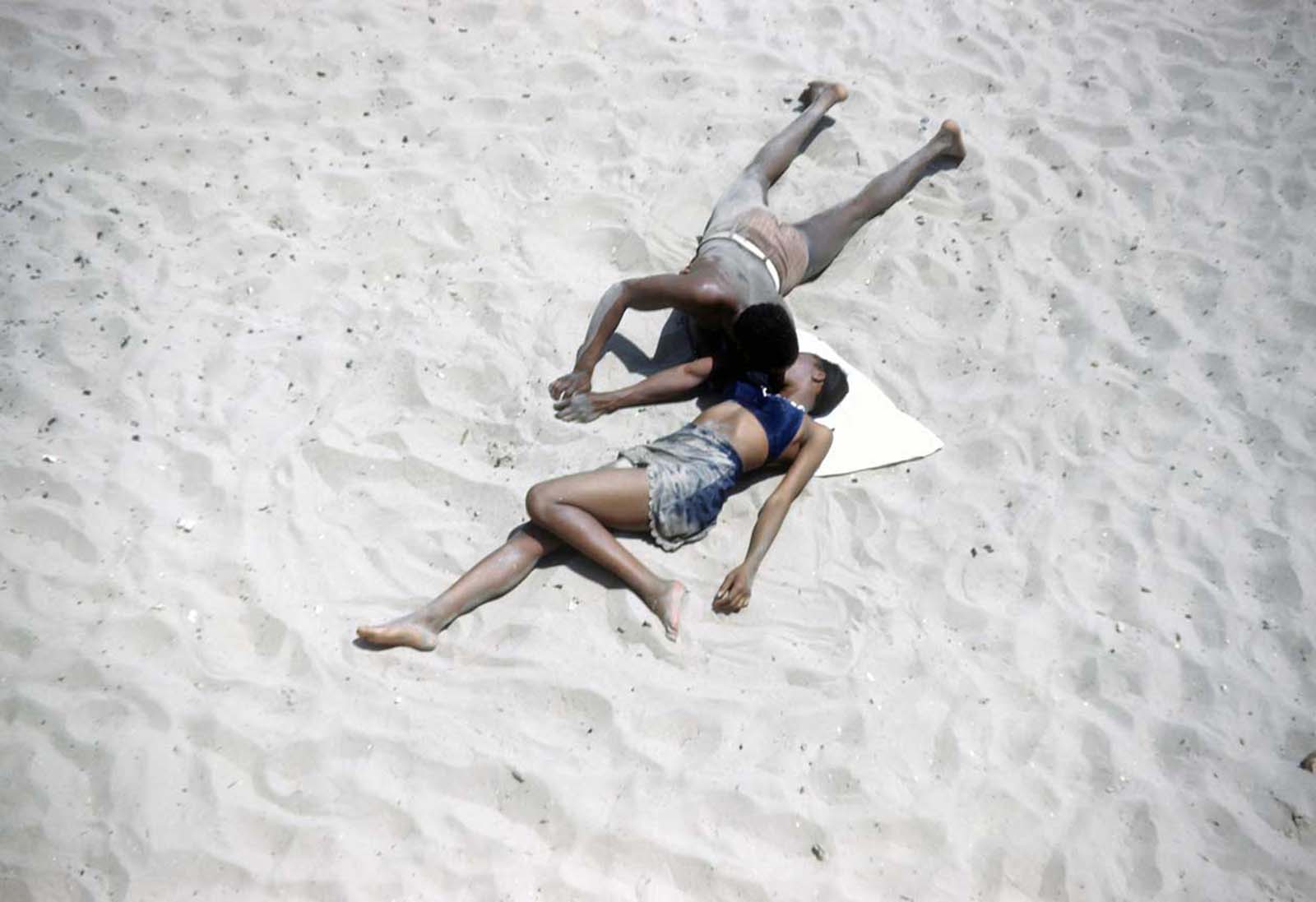