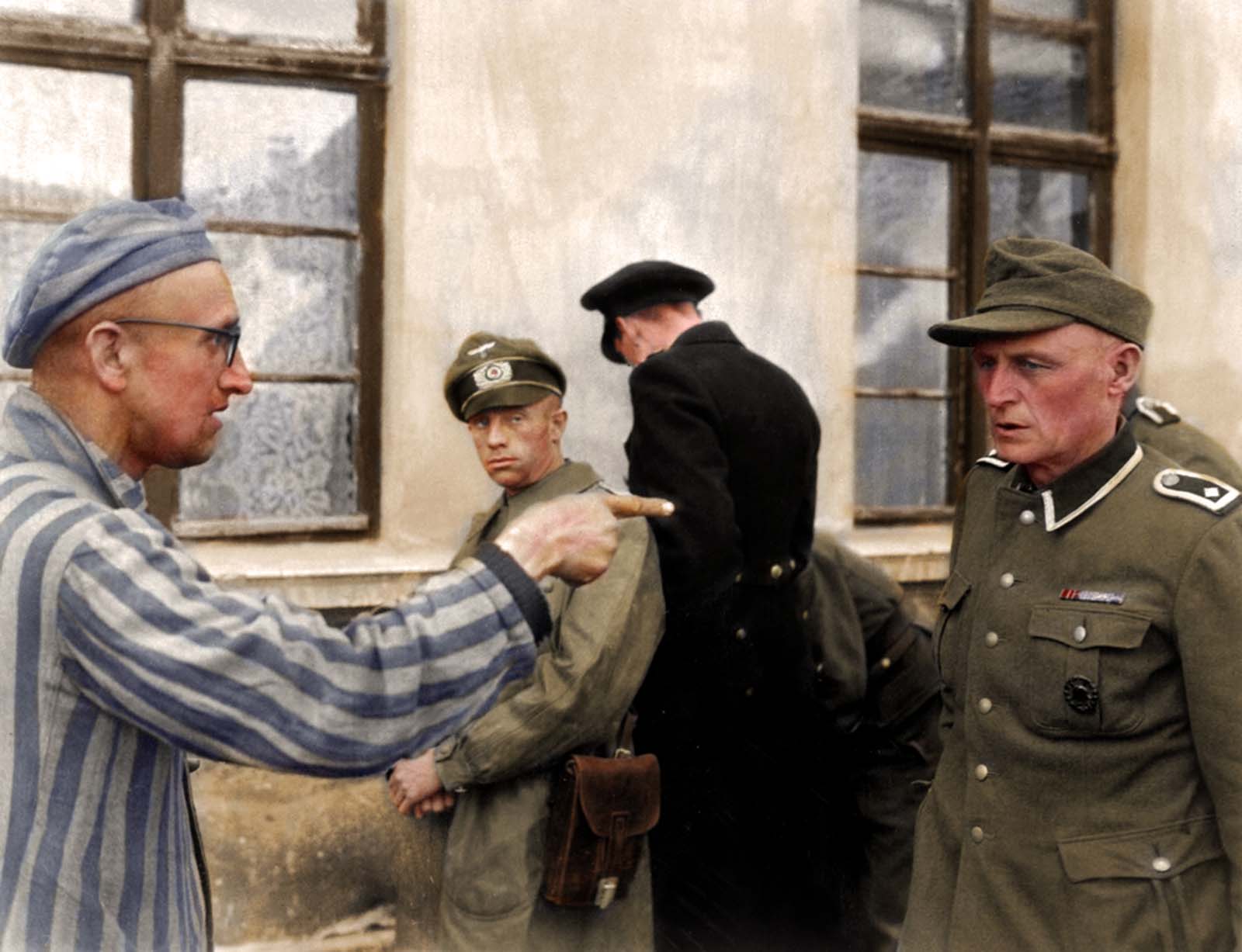 A Russian survivor liberated by the U.S. Army in Buchenwald camp in Germany identified a former guard who was brutally beating prisoners. April 14, 1945. Colorized version.

The picture depicts a liberated Russian inmate pointing an identifying and accusing finger at a Nazi guard who was especially cruel towards the prisoners in Buchenwald camp. There’s something really fascinating about this picture. We can only see so much of the prisoner’s expression here, but that finger means so much.

Days, maybe even hours earlier, that prisoner might have been afraid to cross paths with or even make eye contact with this man. Now he’s casting an accusatory finger that’s as well as pointing a gun at the back of the man’s head, and the defeated look on his face seems horribly aware of that.

That medal on the guard’s chest looks like a World War One imperial wound badge, meaning this guard fought for the German Imperial Army during the Great War. The badge is the black variant (3rd class, representing Iron) and was given to those wounded once or twice by hostile action (including air raids), or frostbitten in the line of duty.

After the outbreak of World War II, Buchenwald continued to house political prisoners and, later, Poles and Russians. Most inmates worked as slave laborers at nearby work sites in 12-hour shifts around the clock. 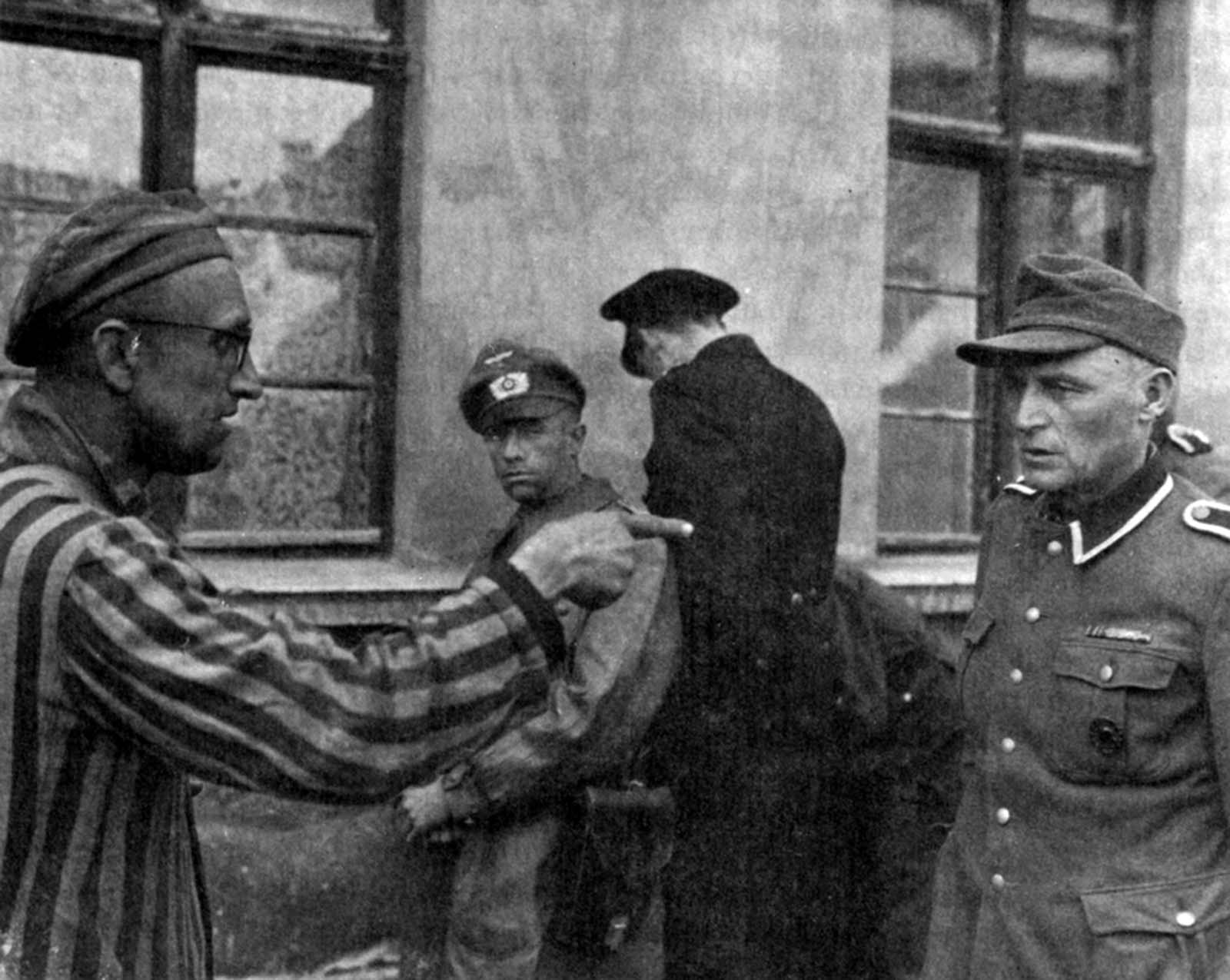 Although there were no gas chambers, hundreds perished each month from disease, malnutrition, exhaustion, beatings, and executions. Camp records indicate that throughout its existence some 240,000 prisoners from at least 30 countries were confined at Buchenwald. At least 10,000 were shipped to extermination camps, and some 43,000 people died at the camp.