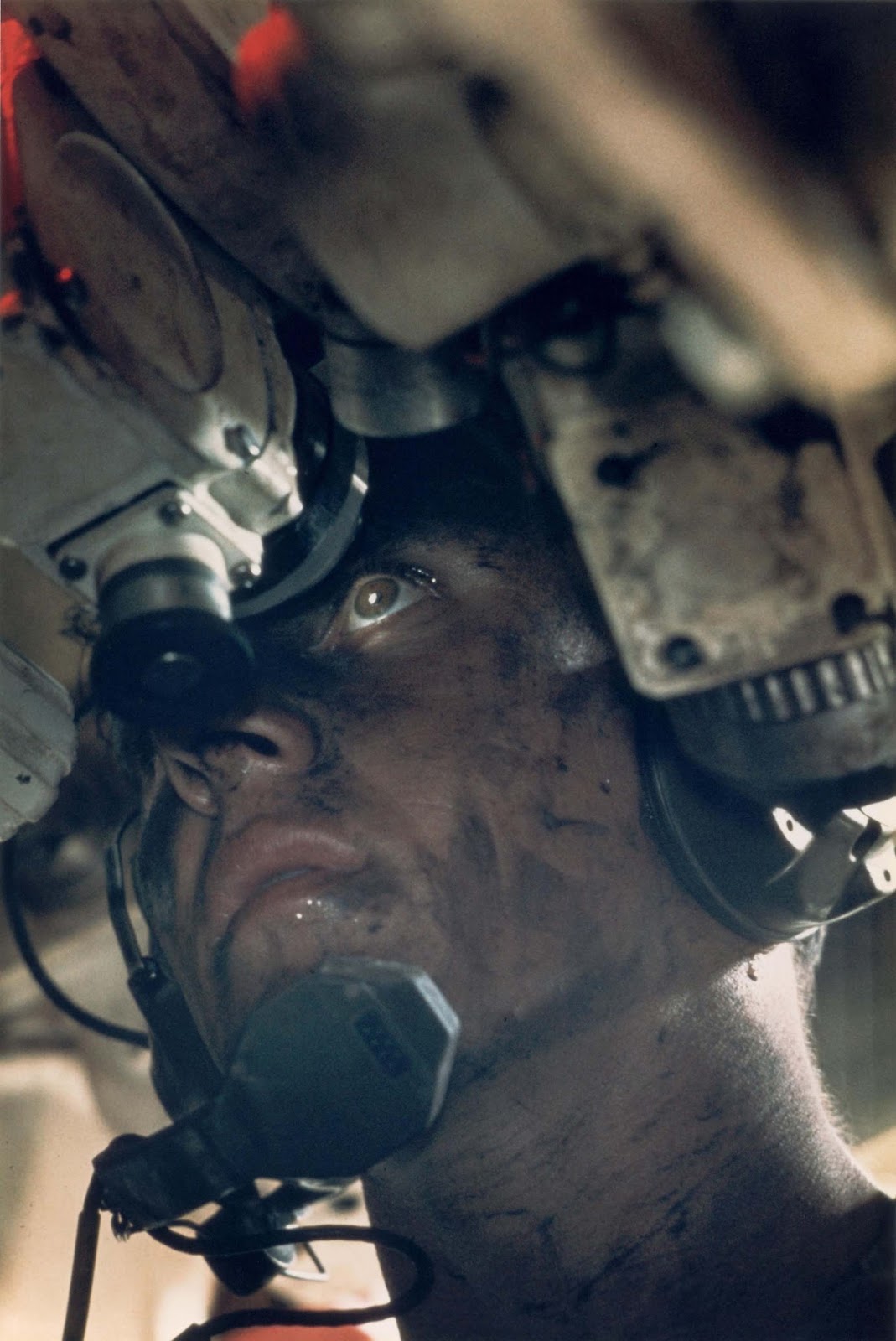 The commander of an M48 Patton tank looks through his lens, 1967.

The squadron was tasked with securing Route 13, a strategic road north of Saigon, which connected the city with An Loc and the Cambodian border. The picture was honored as World Press Photo of the Year in 1967.

Private First Class Kerry W. Nelson was awarded the Silver Star in 1967: “For gallantry in action while engaged in military conflict with an armed hostile force in the Republic of Vietnam.

He distinguished himself by exceptionally valorous actions on 21 May 1967, while serving as gunner on a tank participating in a convoy proceeding along Highway 1 near Soui Cat. During the initial burst of enemy fire, the tank in which Private Nelson was riding was hit by an anti-tank rocket, seriously wounding him and causing total blindness.

Ignoring his critical wounds, Private Nelson courageously moved to the loader’s position and began treating the injured loader. After rendering medical aid to his comrade, Private Nelson began to load the 90-millimeter main gun and aided in firing canister rounds into the midst of the charging Viet Cong.

At one point in the conflict, Private Nelson left the turret of the tank and hurled grenades at the insurgents by utilizing verbal commands from his commander”.

The Iron Triangle was a 120 square miles (310 km2) area in the Bình Dương Province of Vietnam, so named due to it being a stronghold of Viet Minh activity during the war.

The region was under the control of the Viet Minh throughout the French war in Vietnam and continued to be so throughout the phase of American involvement in the Vietnam War, despite concerted efforts on the part of US and South Vietnamese forces to destabilize the region as a power base for their enemy, the communist North Vietnamese–sponsored and–directed South Vietnamese insurgent movement, the National Liberation Front or Viet Cong (NLF).

The area remained an active organizing center for the Viet Cong right through to the end of the war, due to both its undeniable strategic importance, as well as support from local populations who had been negatively impacted by the American bombing campaign.