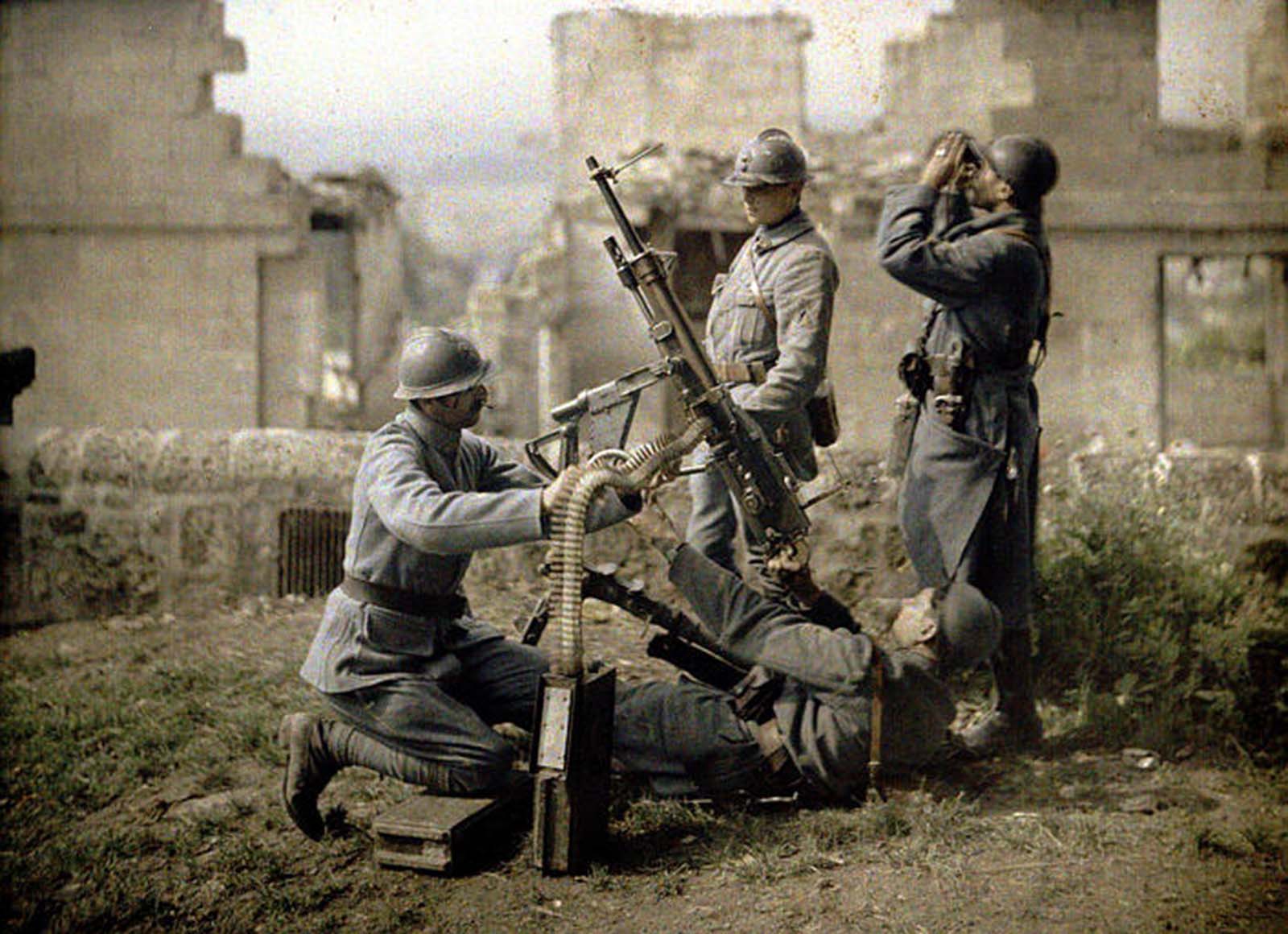 Section of the gunners: four soldiers in the ruins, shooting. France, 1917. (Photo by Fernand Cuville).

These color photos document life in the French army during World War One, and the destruction of towns and villages caused by German shelling. The pictures were taken by Paul Castelnau and Fernand Cuville using the photochrom technique and brought home the horrific realities of war.

The Western Front saw action throughout the length of the war and it was there that the conflict was finally decided. Except for a brief foray by the French into the region of Alsace, a German possession in 1914, the remainder of the fighting was conducted on French and Belgian soil (Belgium was wholly occupied apart from an enclave situated between Ypres and the French border); indeed, no Allied soldier set foot on German soil except for those taken prisoners.

The militarized zone of the front, which separated the zone occupied by the Germans from the rest of France, stretched 700 kilometers from the shores of the North Sea to the Swiss border and varied in breadth from a few hundred meters to several dozen kilometers.

Millions of soldiers saw service on the front, where the incessant shelling of both sides transformed the area into a landscape of craters and desolation, and several million of them perished there after enduring the cold, unhealthy, and parasite-ridden conditions of the trenches. 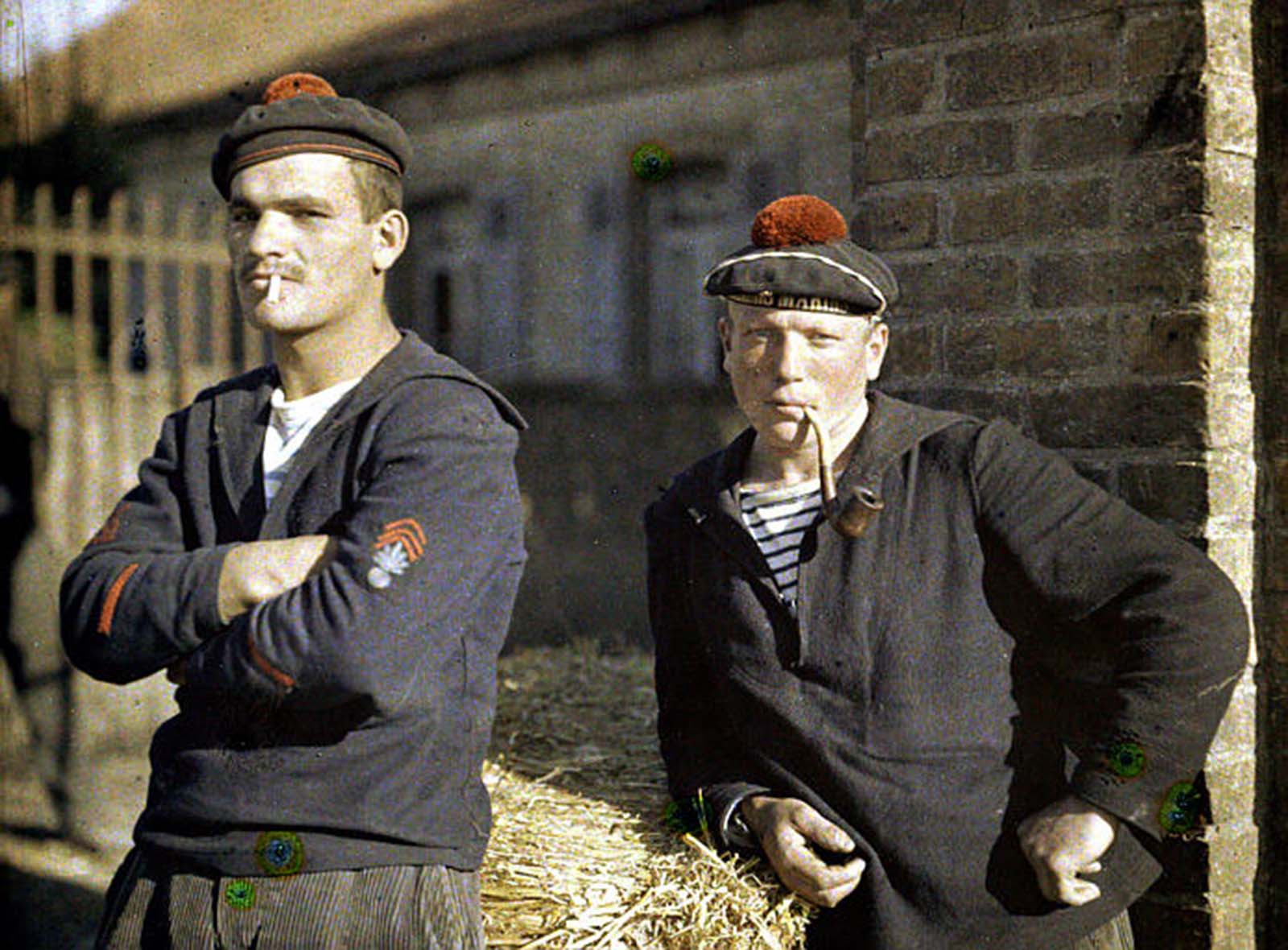 Throughout the conflict the various sectors of the front experienced periods of calm punctuated by heavy shelling and bloody offensives.

The Great War ended at an enormous cost for France. Of the 8 million Frenchmen mobilized, 1.3 million had been killed and almost 1 million crippled. Large parts of northeastern France, the nation’s most advanced industrial and agricultural area, were devastated.

Industrial production had fallen to 60 percent of the prewar level; economic growth had been set back by a decade. The enormous cost of the war seriously undermined the franc and foreshadowed many years of currency fluctuation.

Even deeper, though largely hidden, were the psychological lesions caused by the strain of protracted warfare and by the sentiment that France could not again endure such a test. 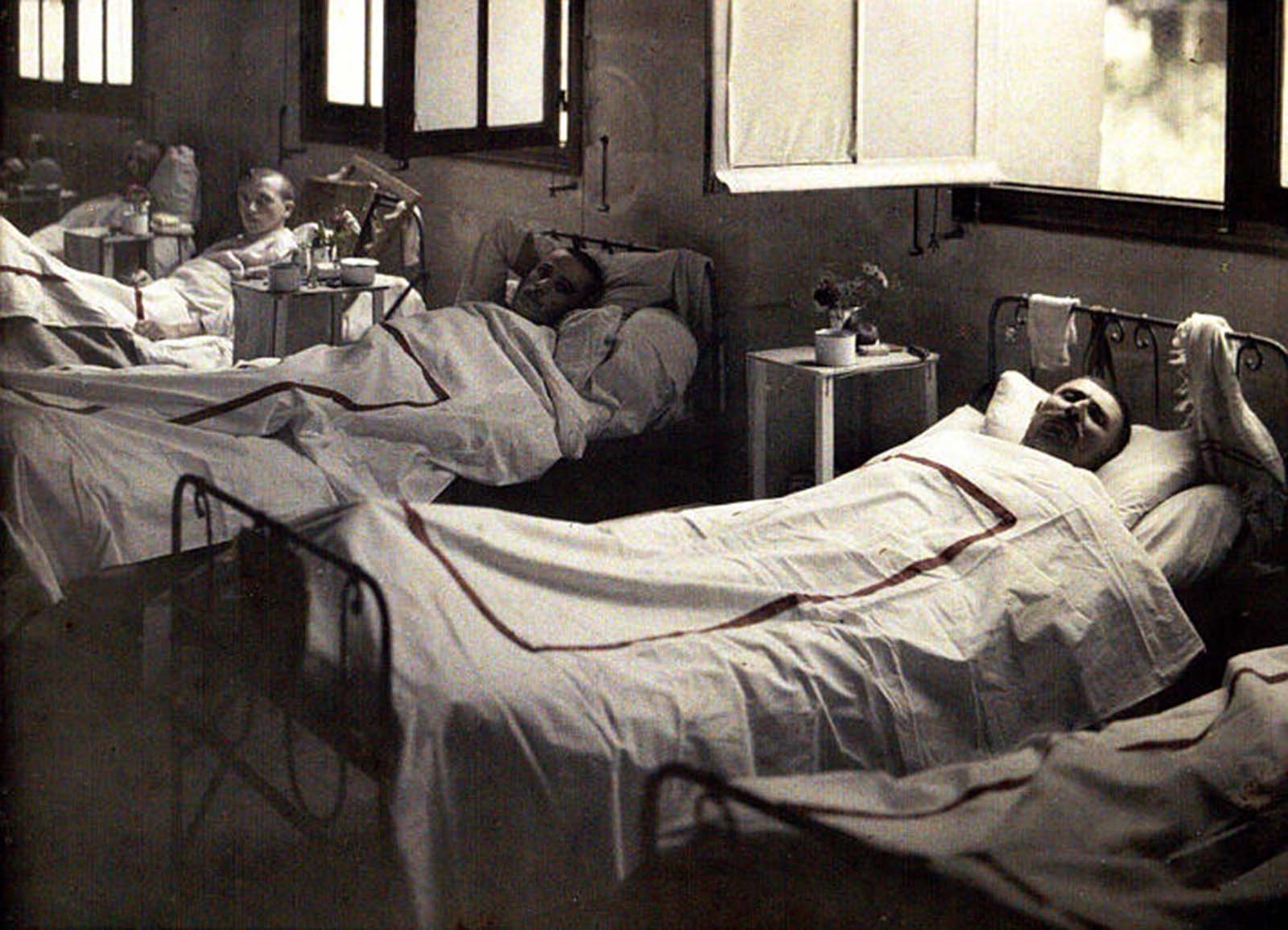 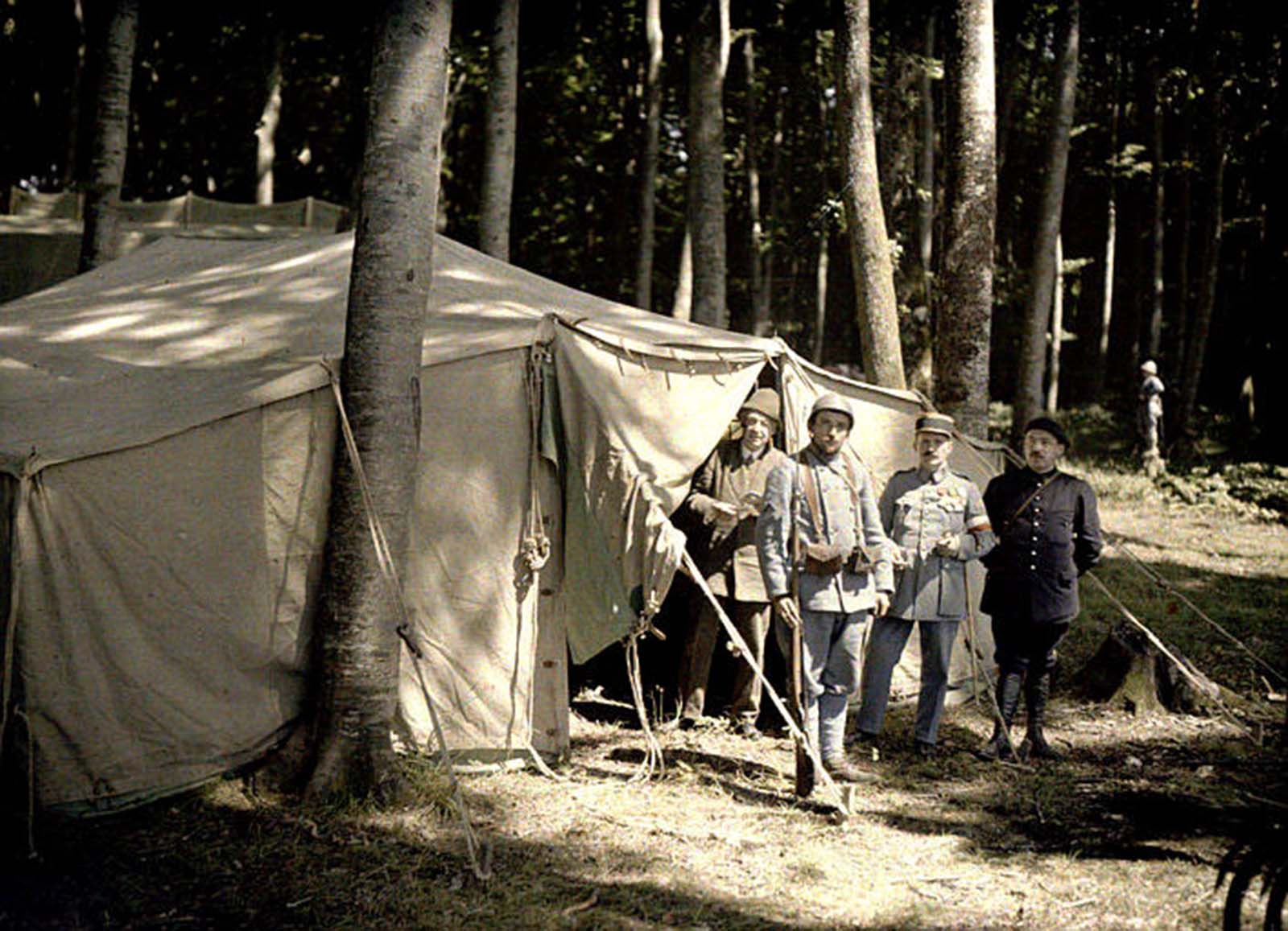 Cloakroom guard of the theater to the armies. 1917, France. (Photo by Paul Castelnau). 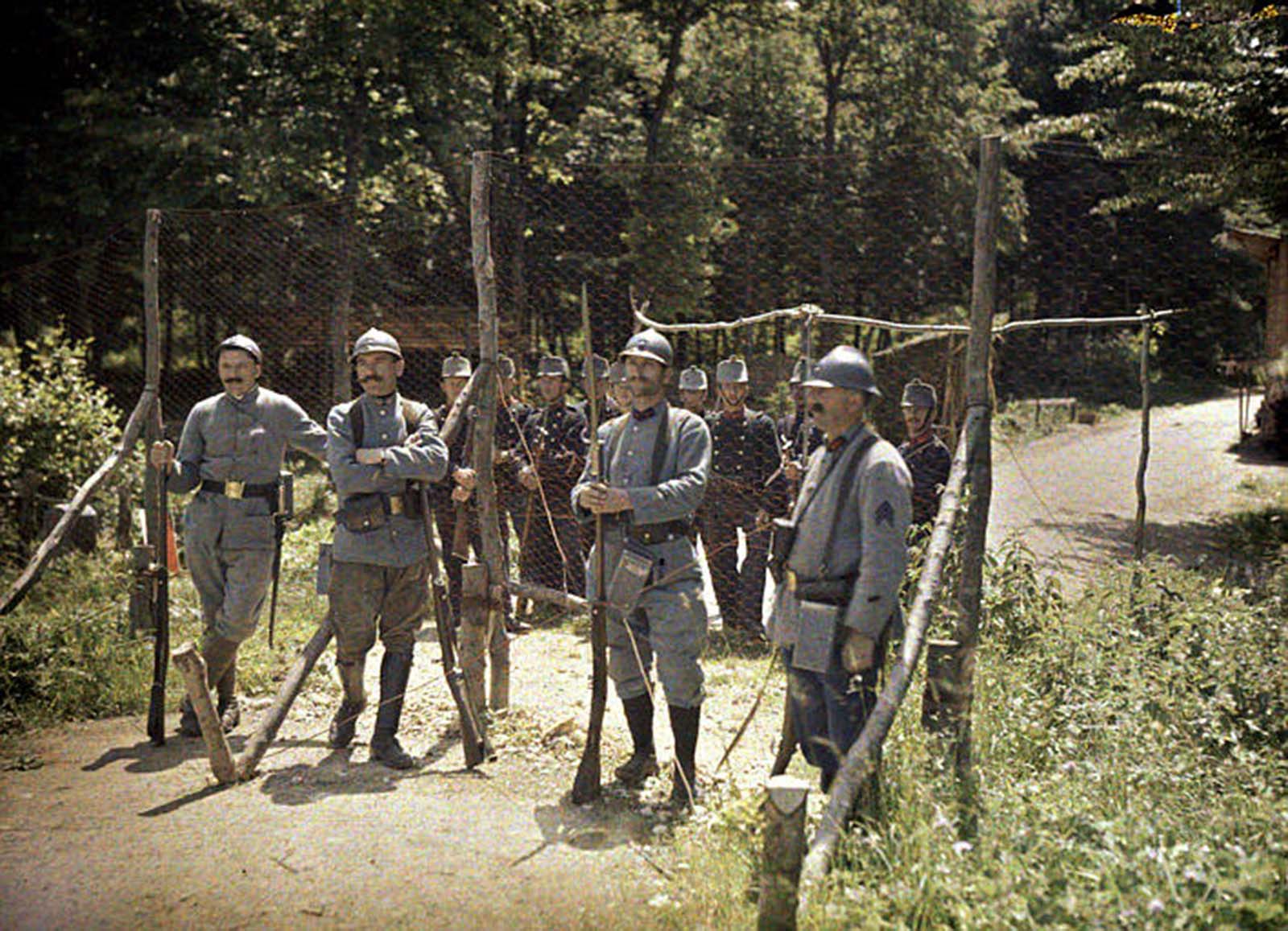 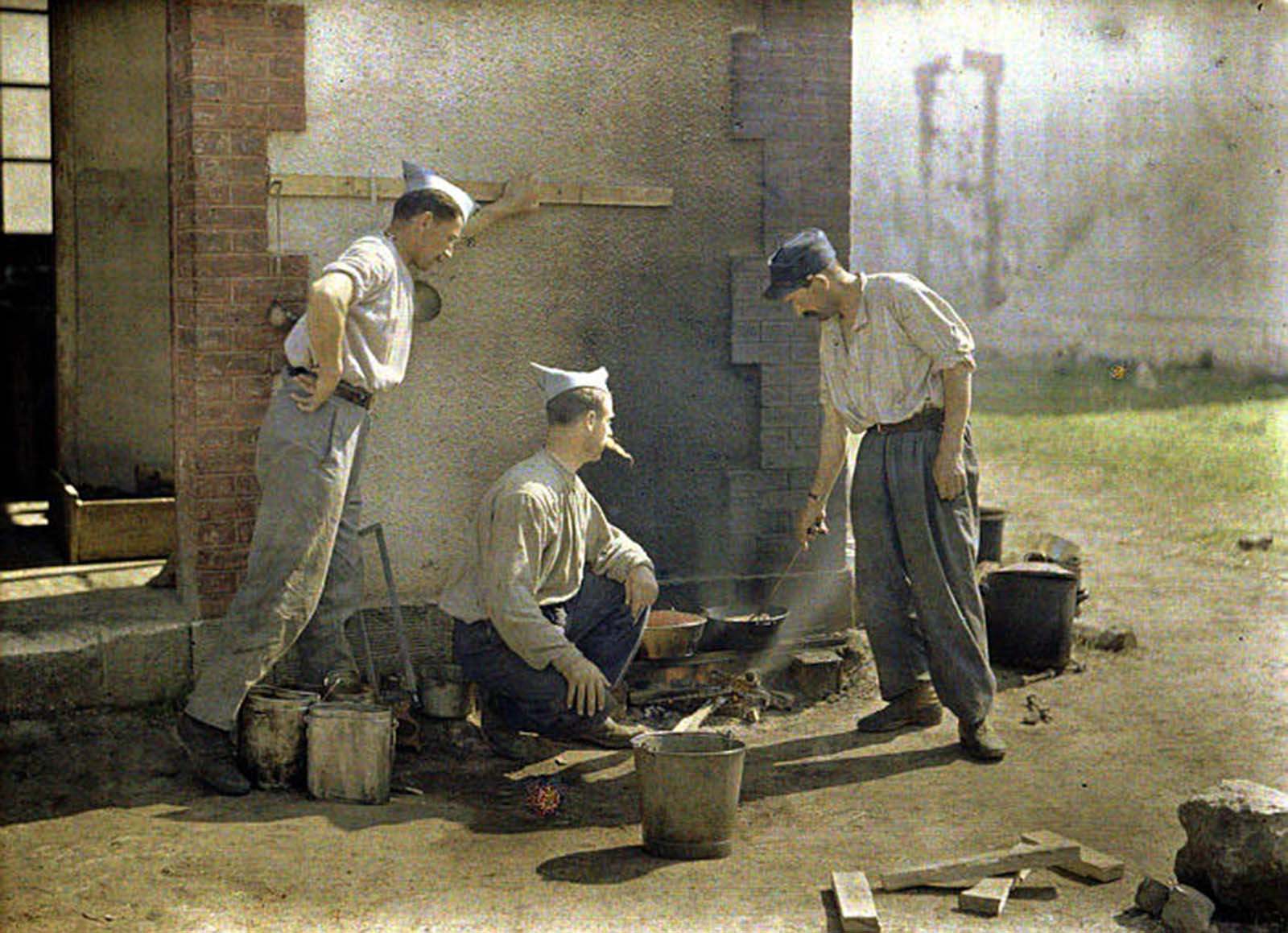 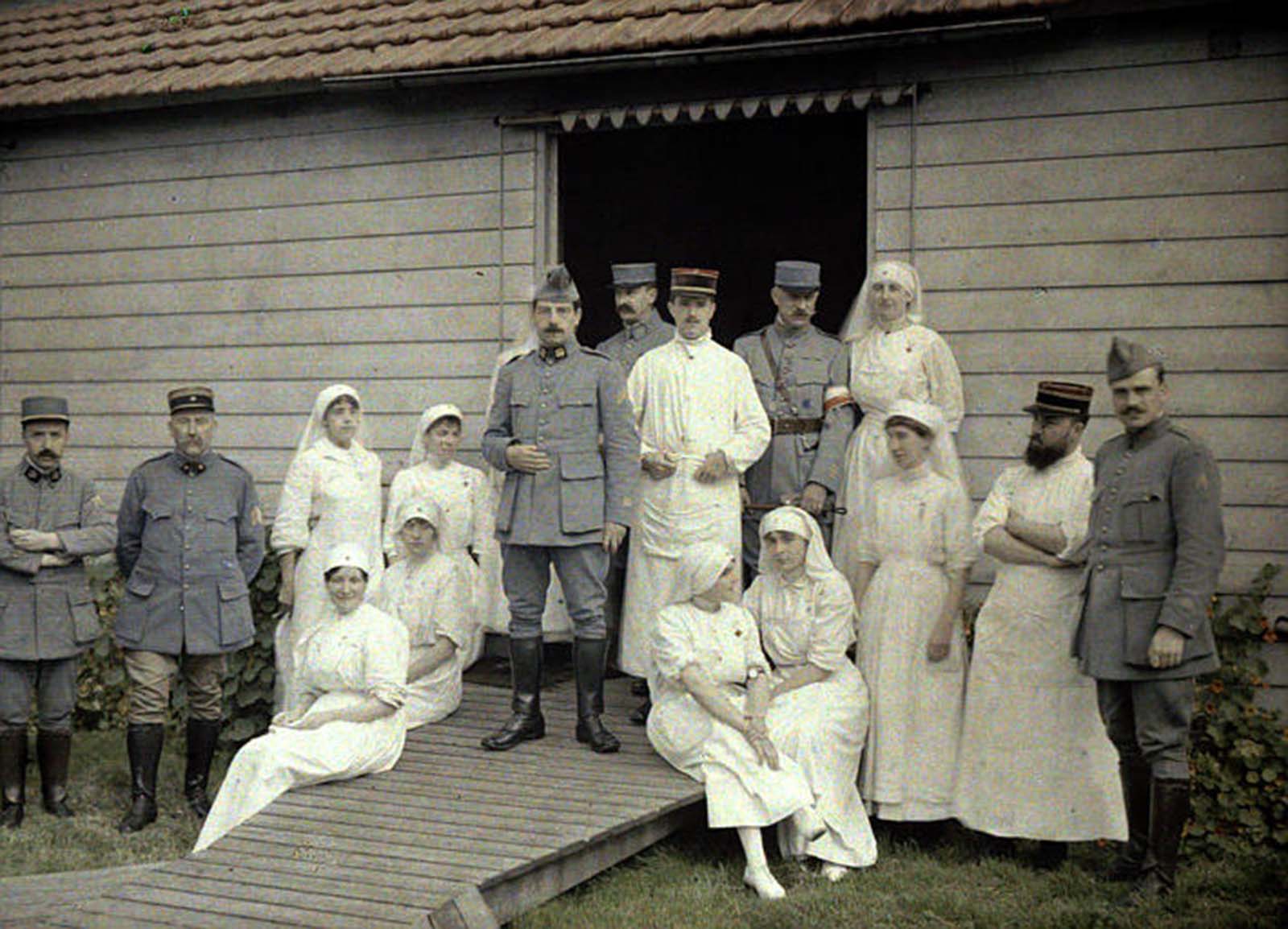 Group at hospital 66: nurses, soldiers, doctors in front of a booth. France, 1917. (Photo by Paul Castelnau). 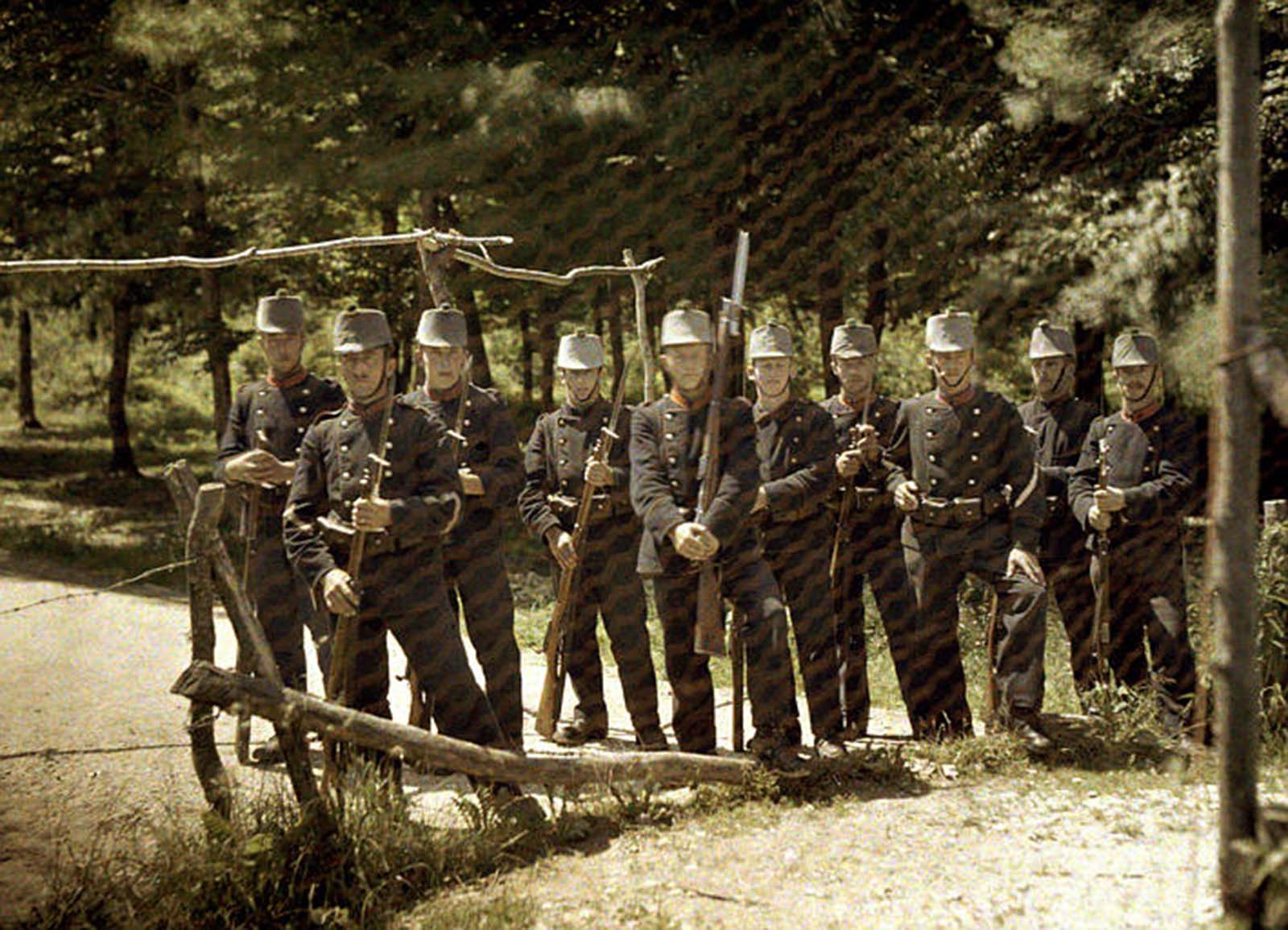 At the Swiss border: Swiss military, behind the fence marking the border. France, 1917. (Photo by Paul Castelnau). 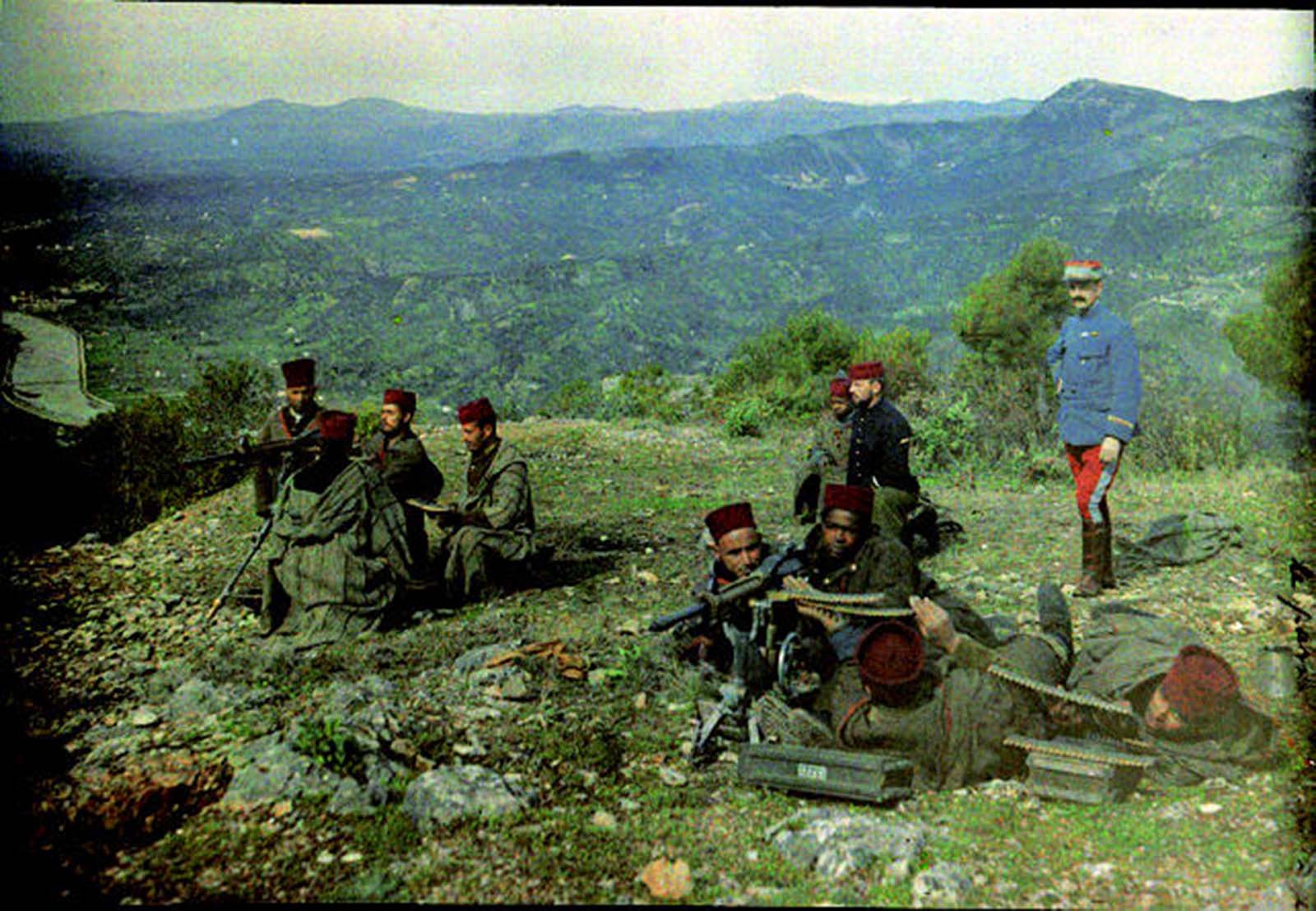 Machine guns protecting the passage of a convoy in the territories of the extreme south. Tunisia, 1916. Photographer Albert Samama Chikli. 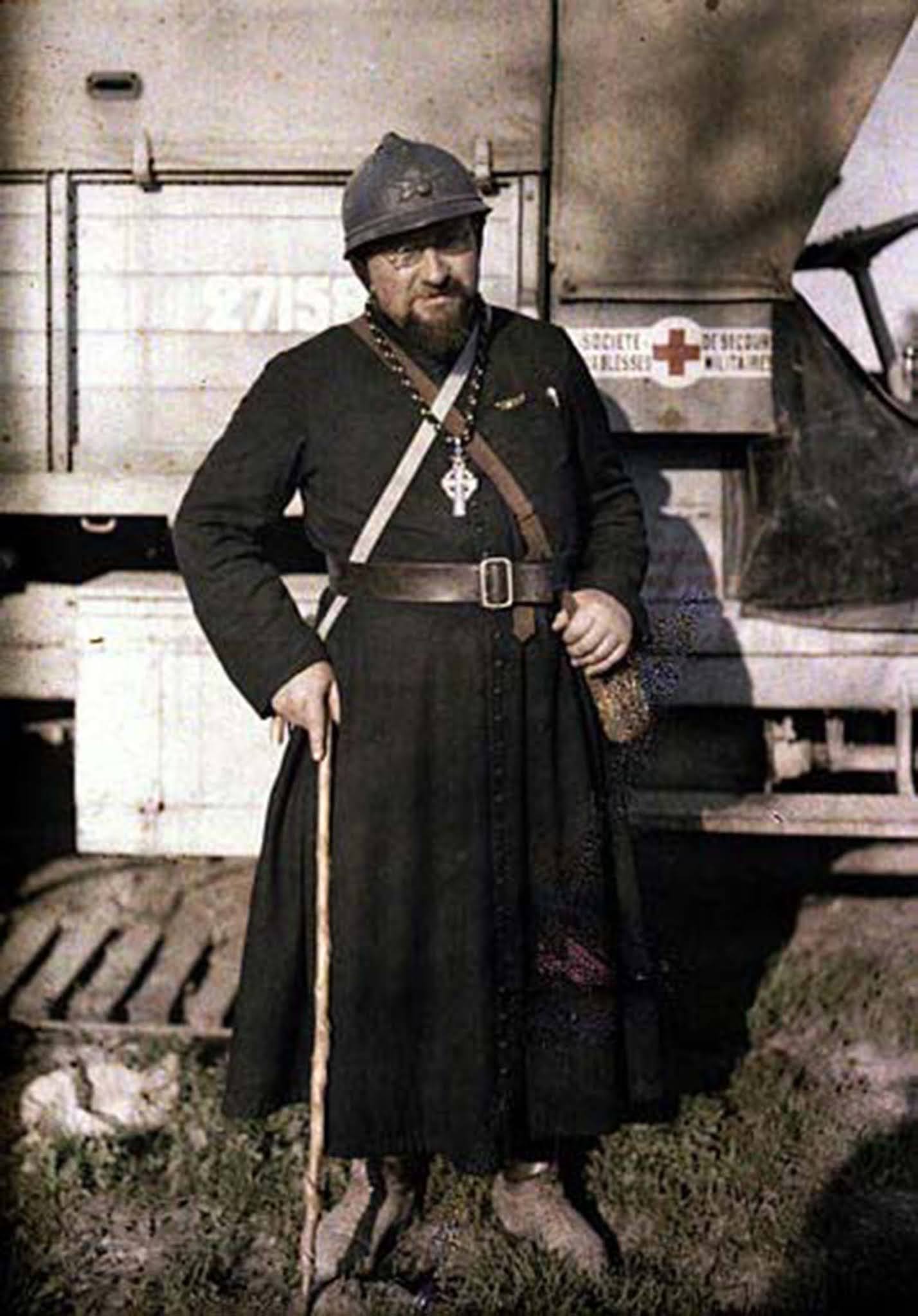 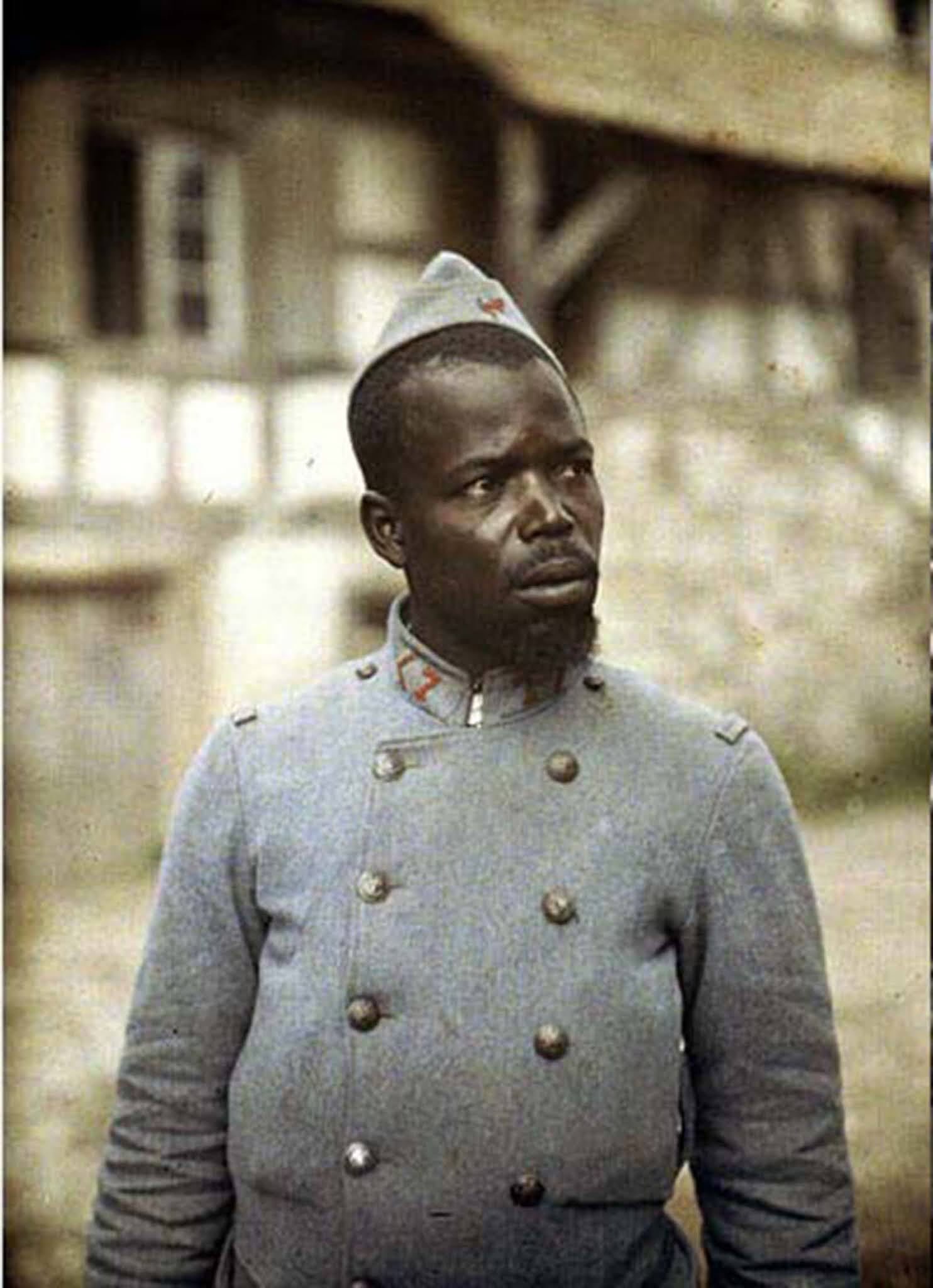 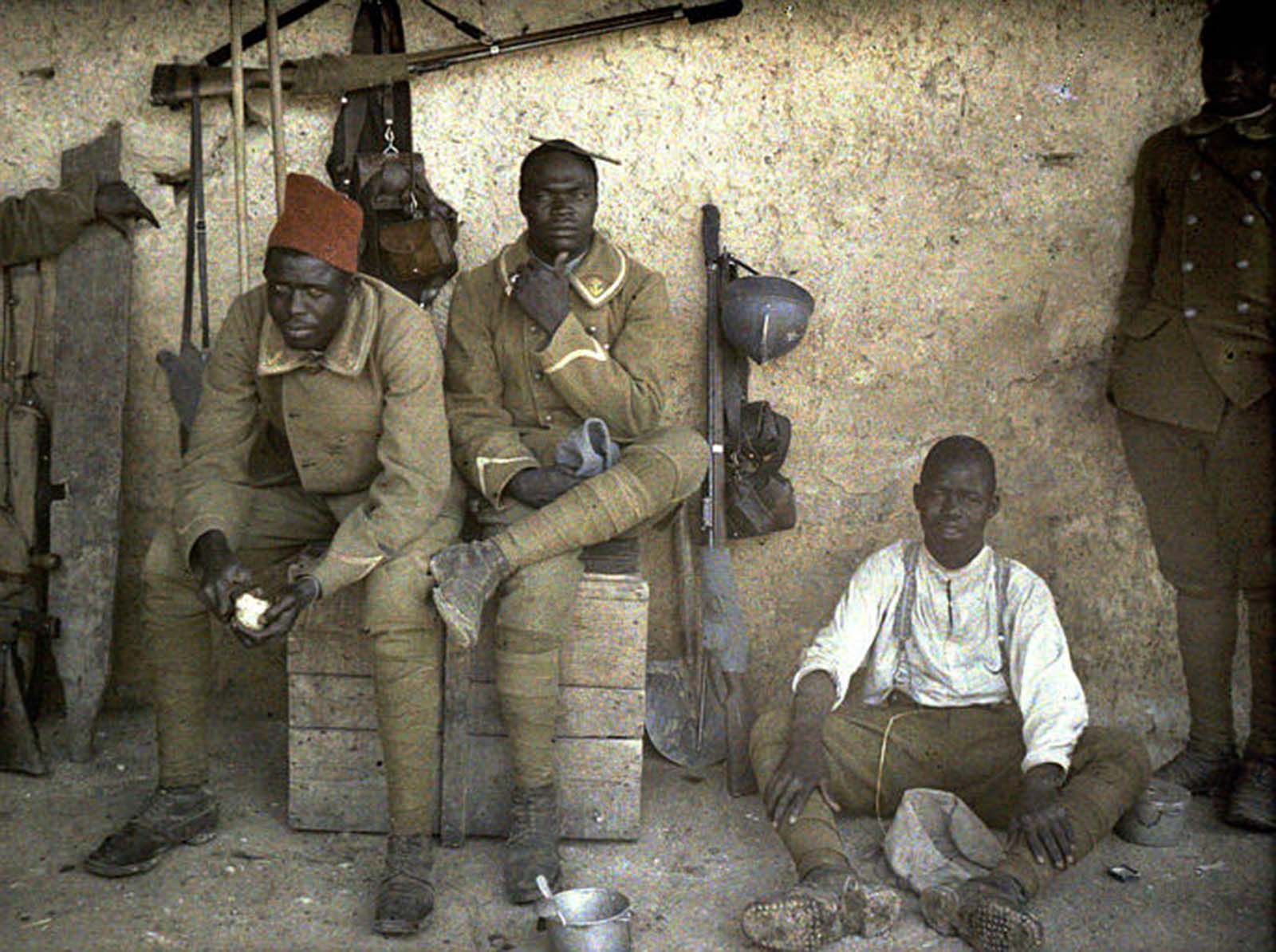 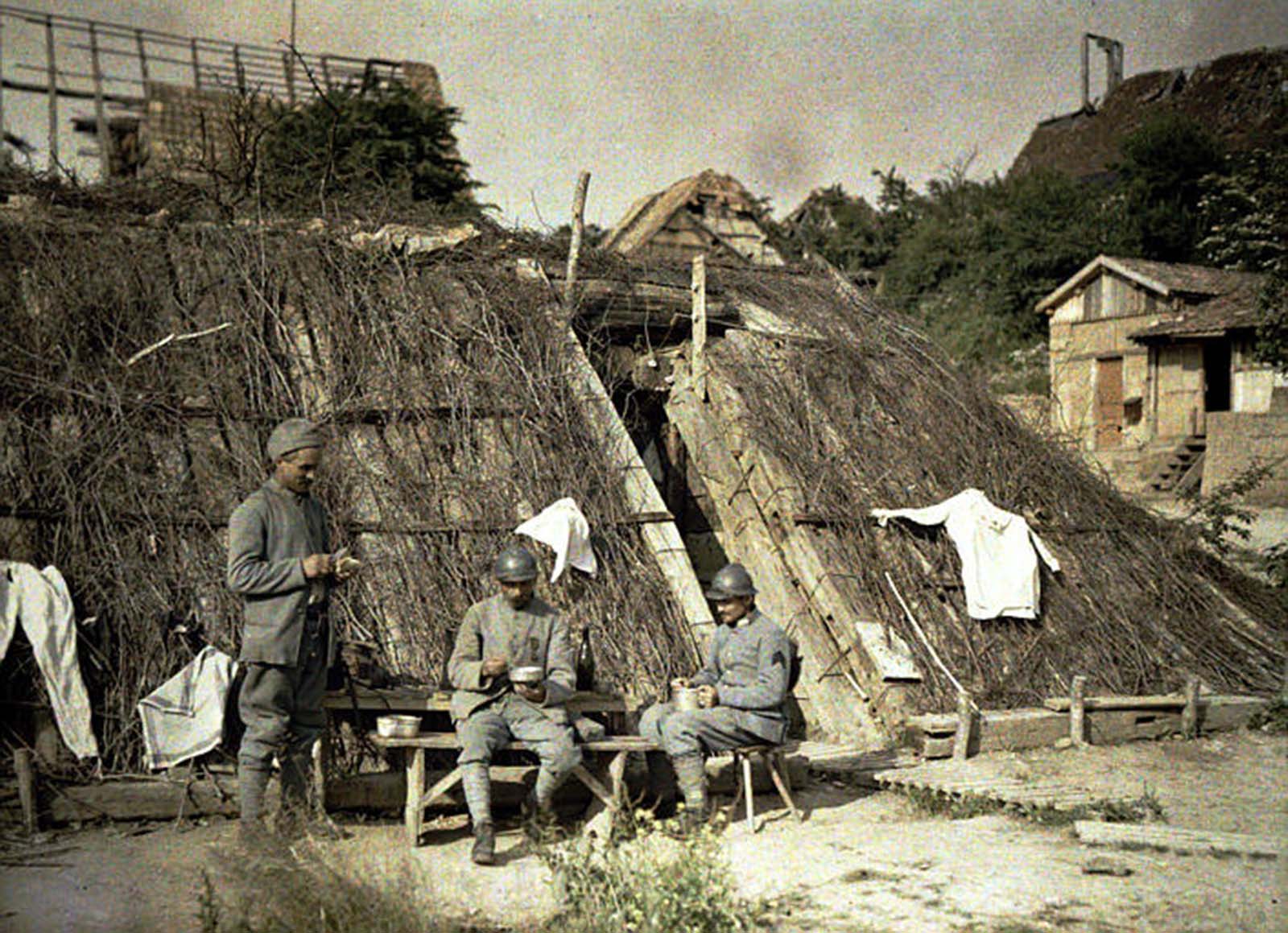 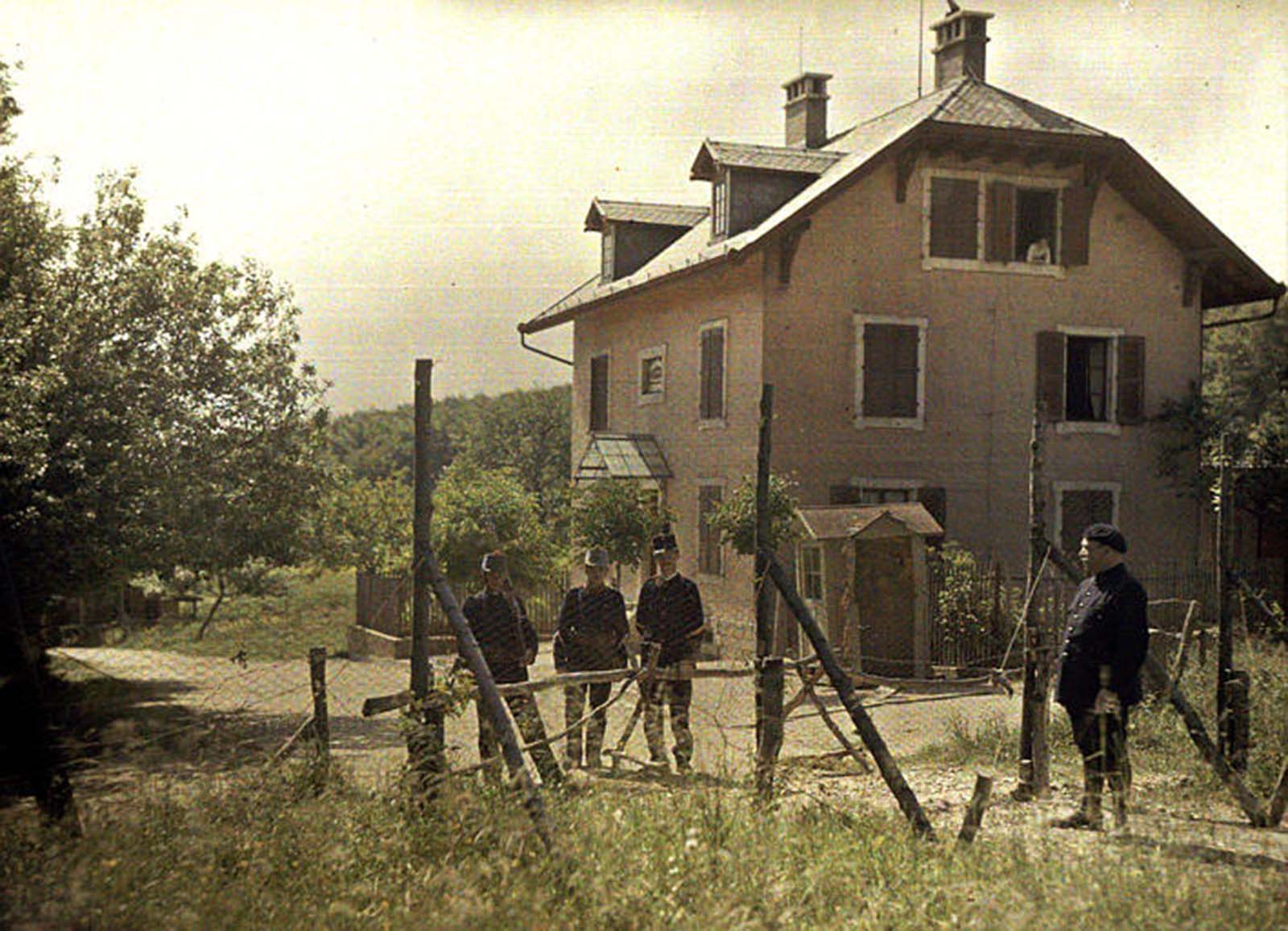 At the Swiss border: Swiss soldiers, a French soldier and a woman at his window. Switzerland, 1917. (Photo by Paul Castelnau). 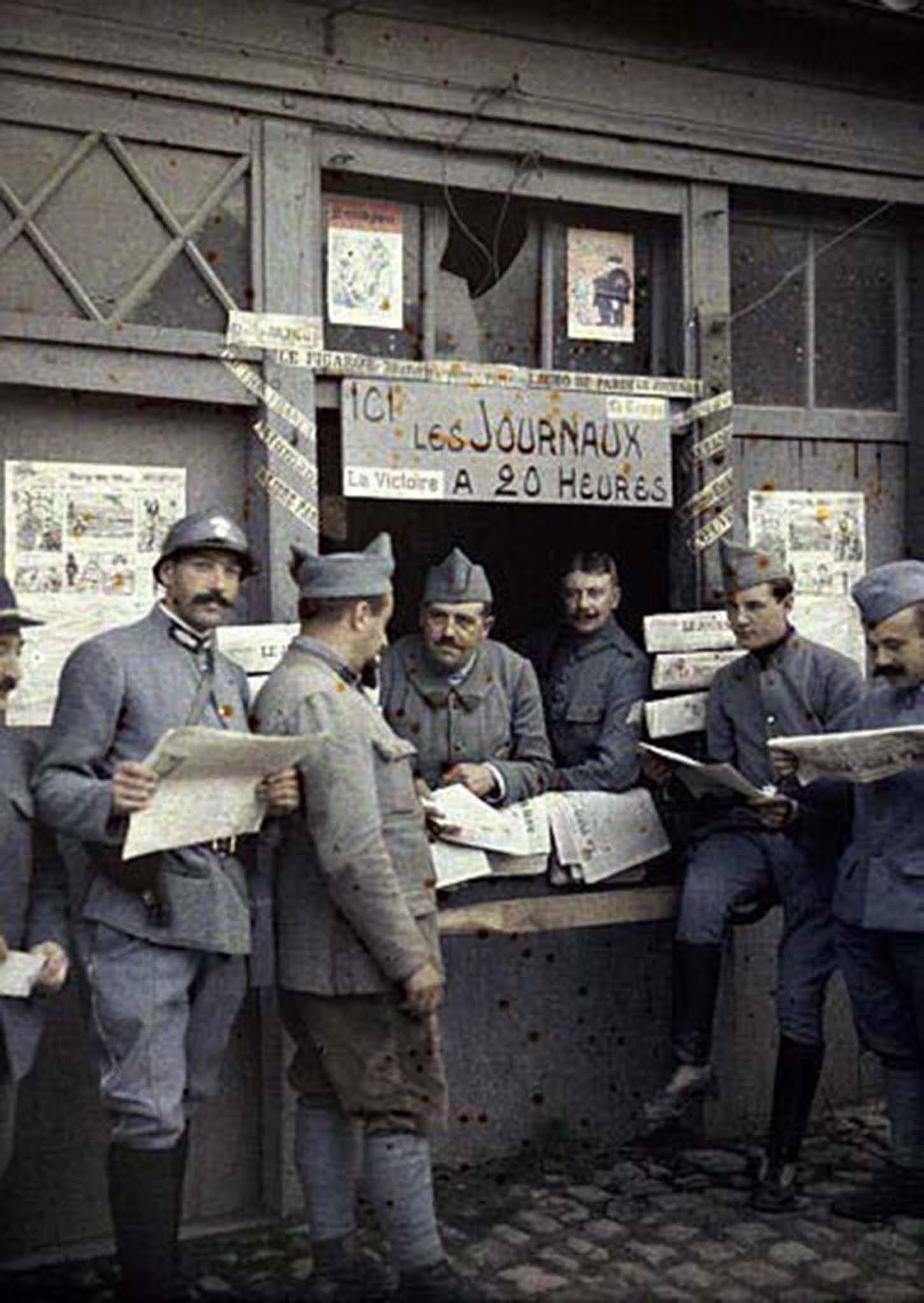 Sale of newspapers on a stall. France, 1917. (Photo by Paul Castelnau). 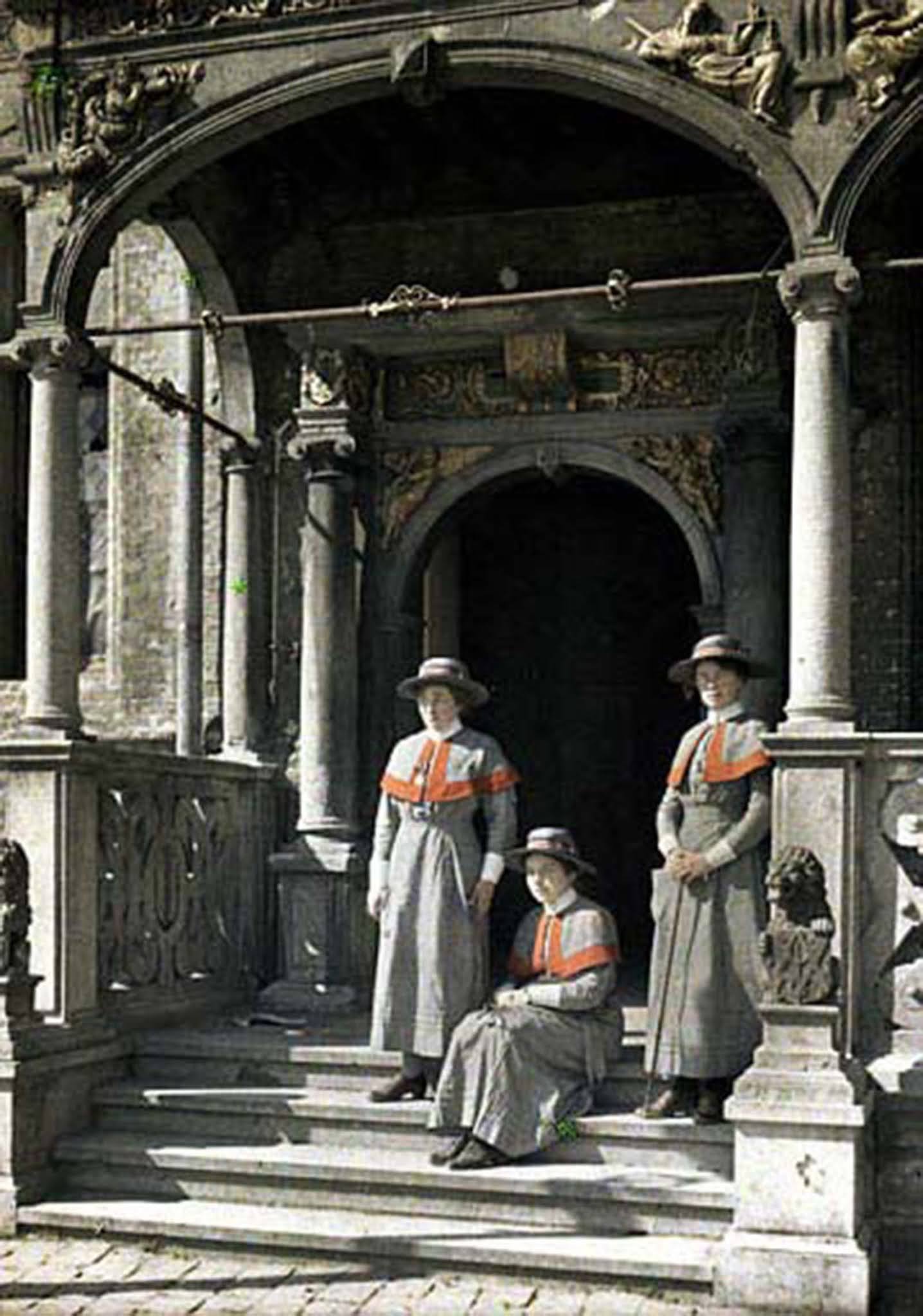 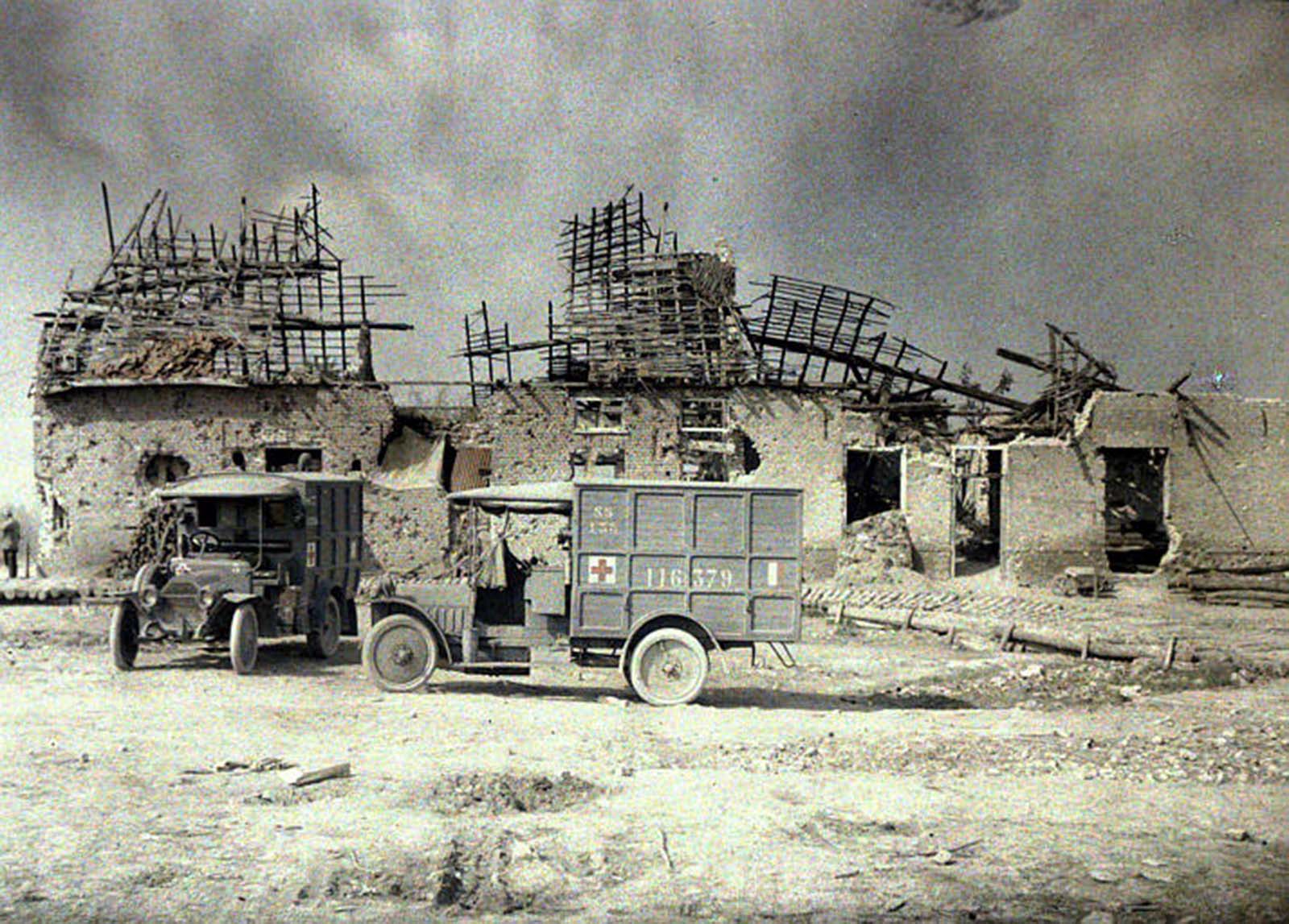 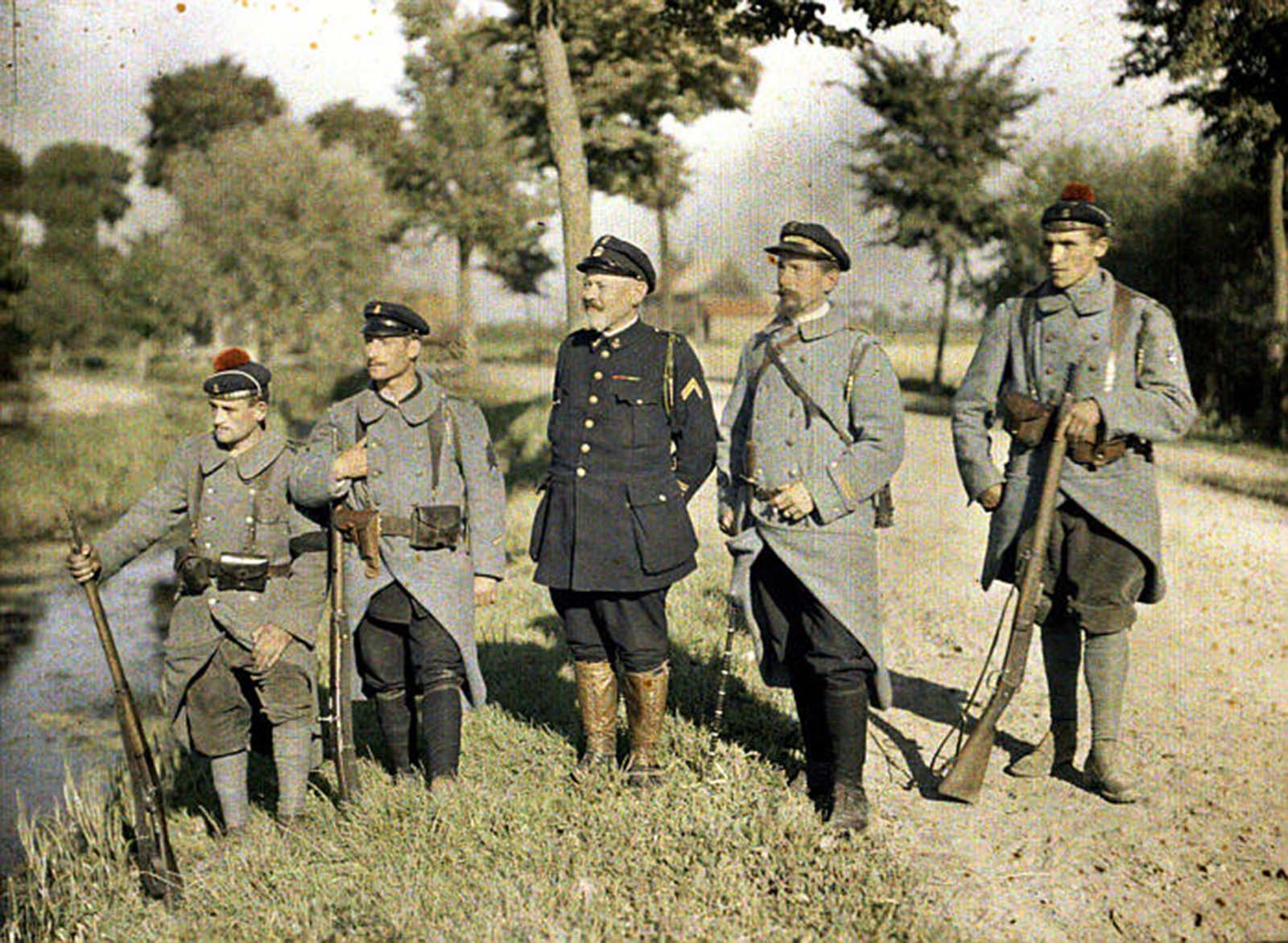 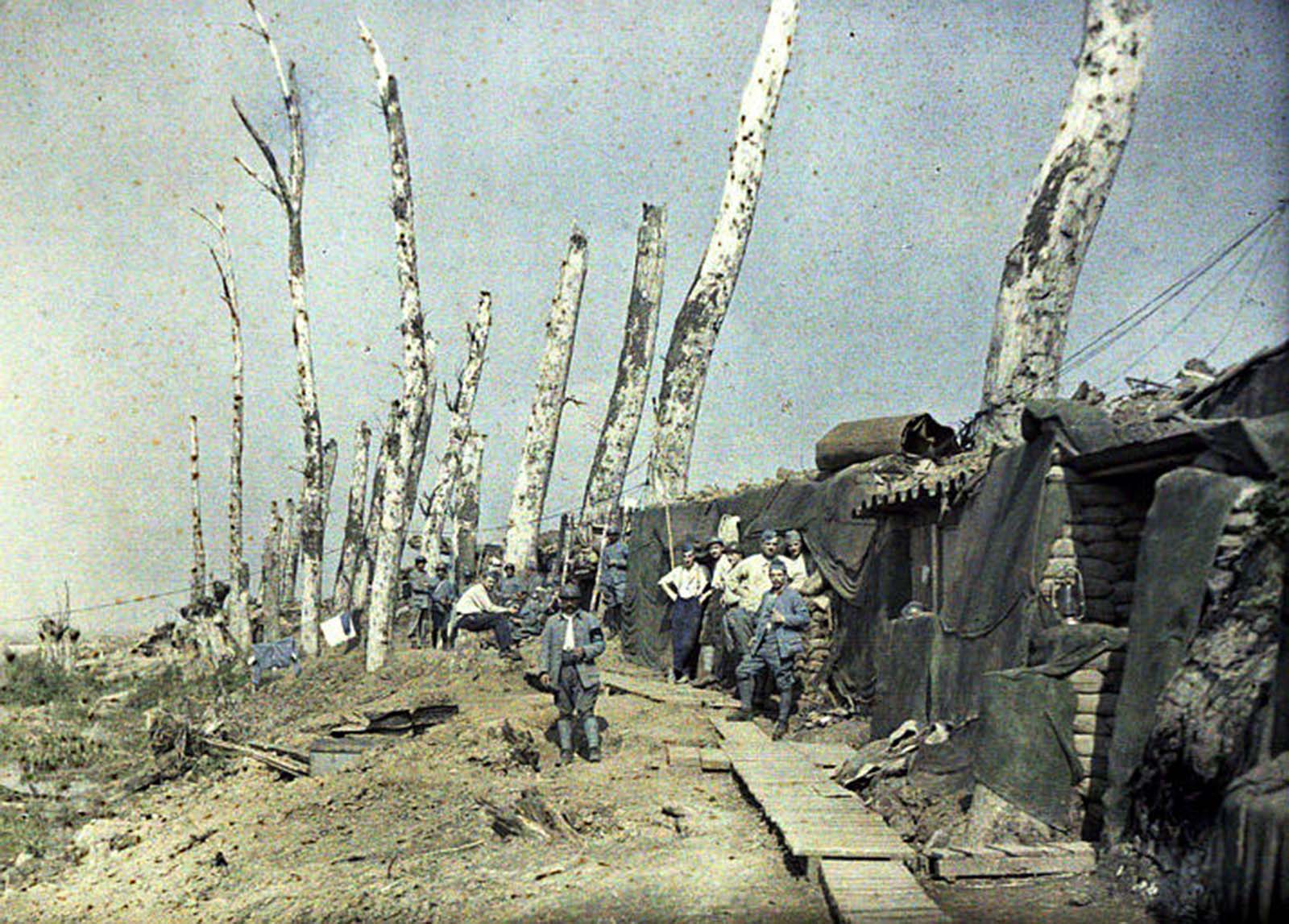 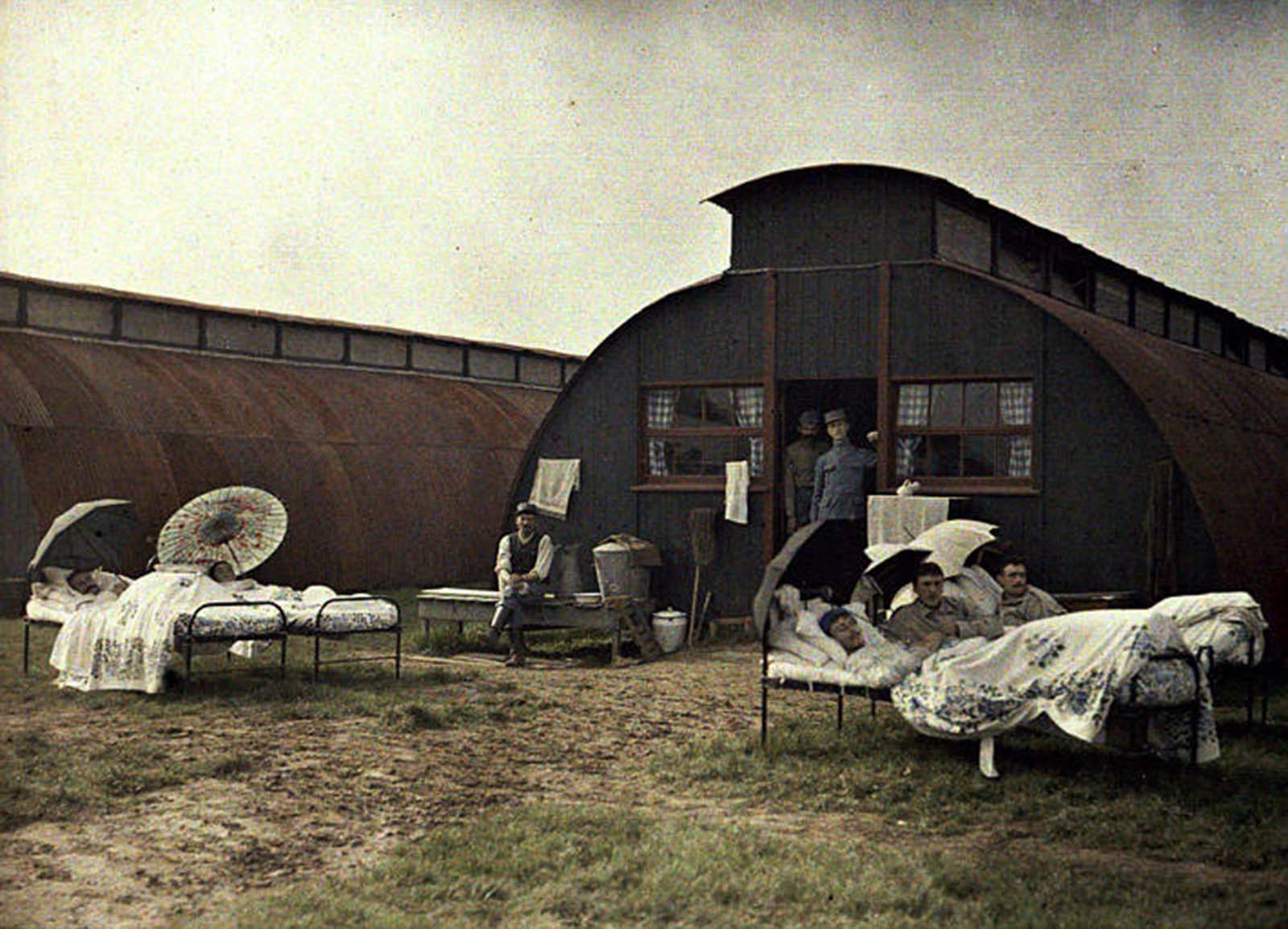 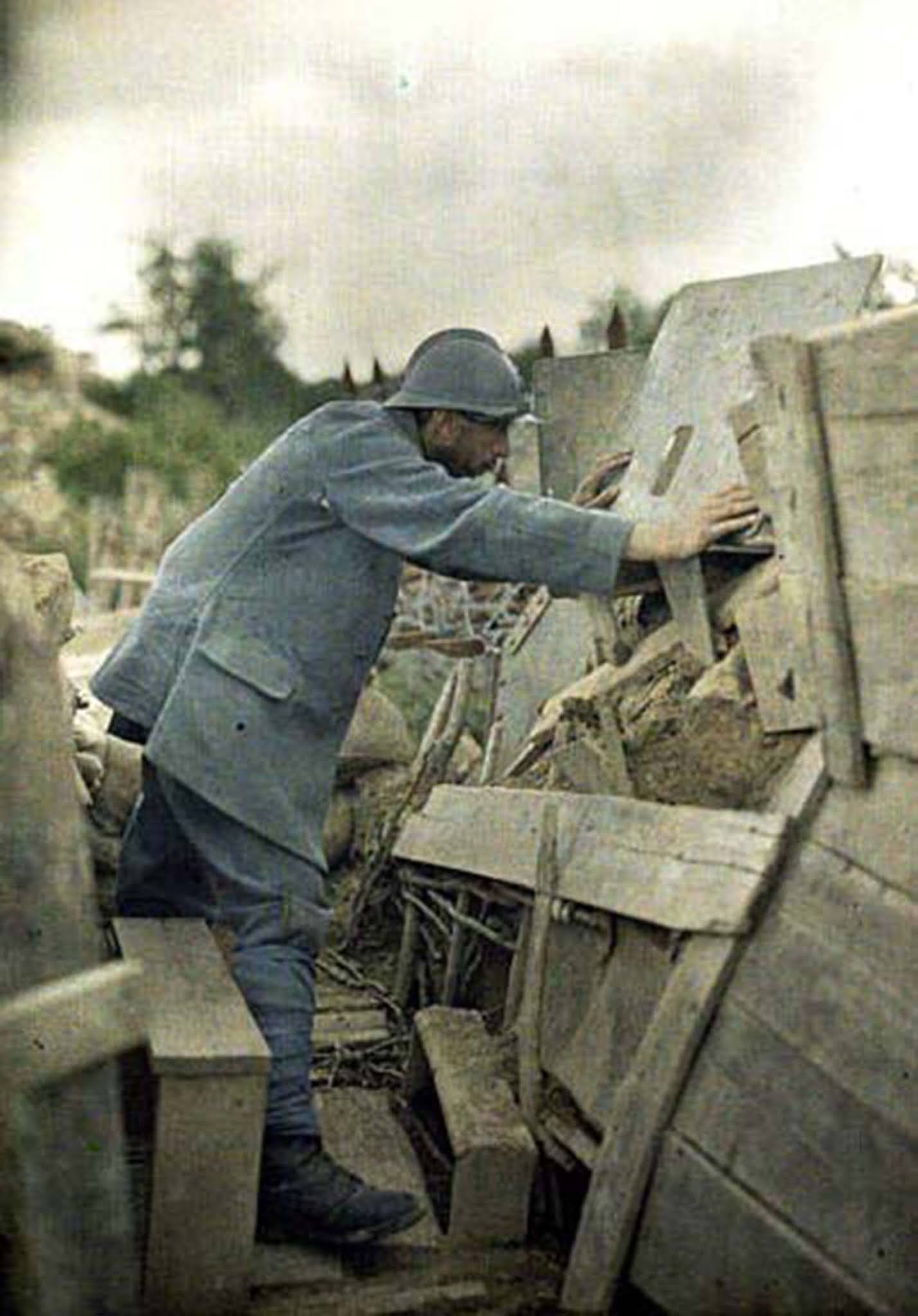 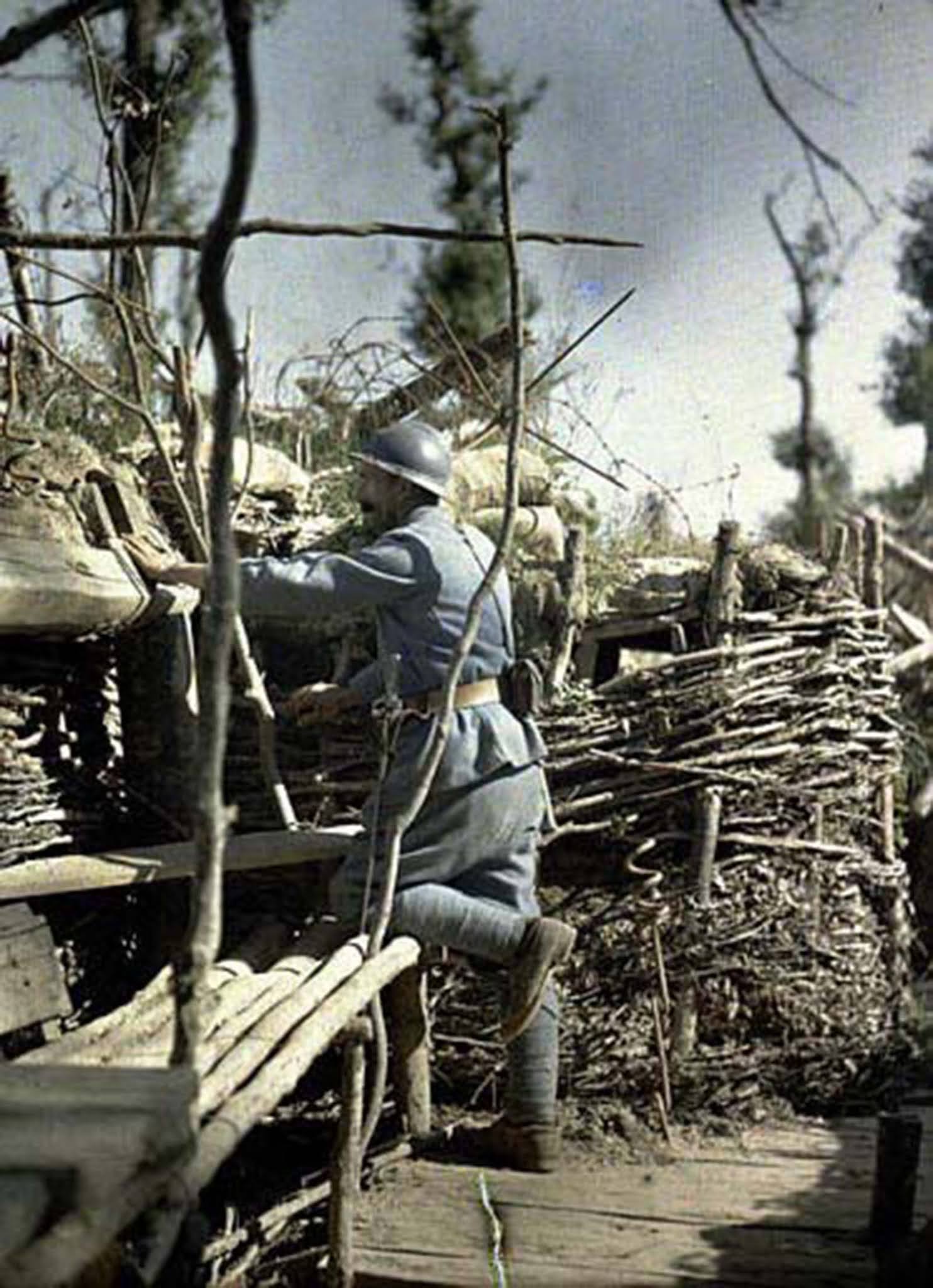 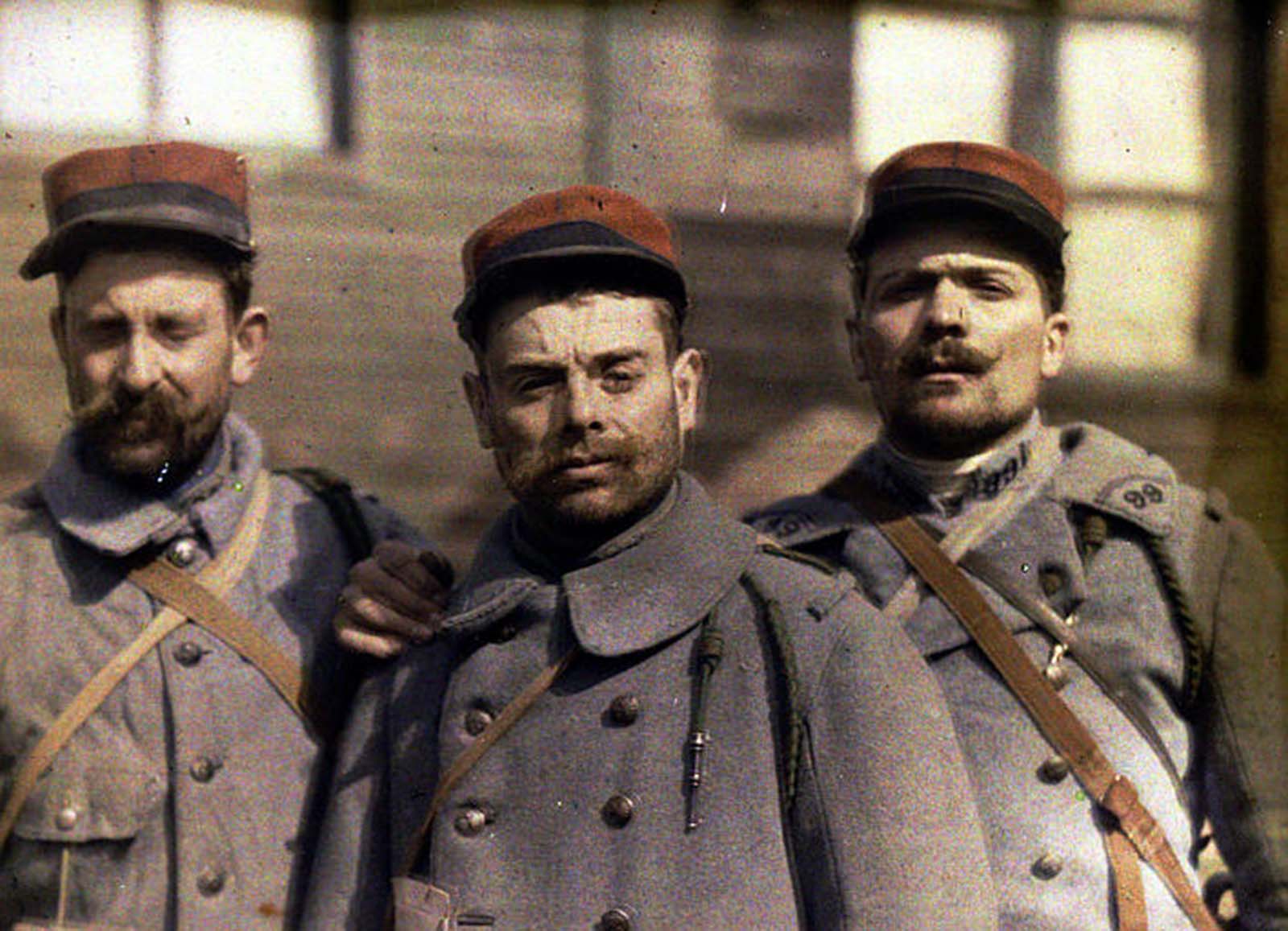 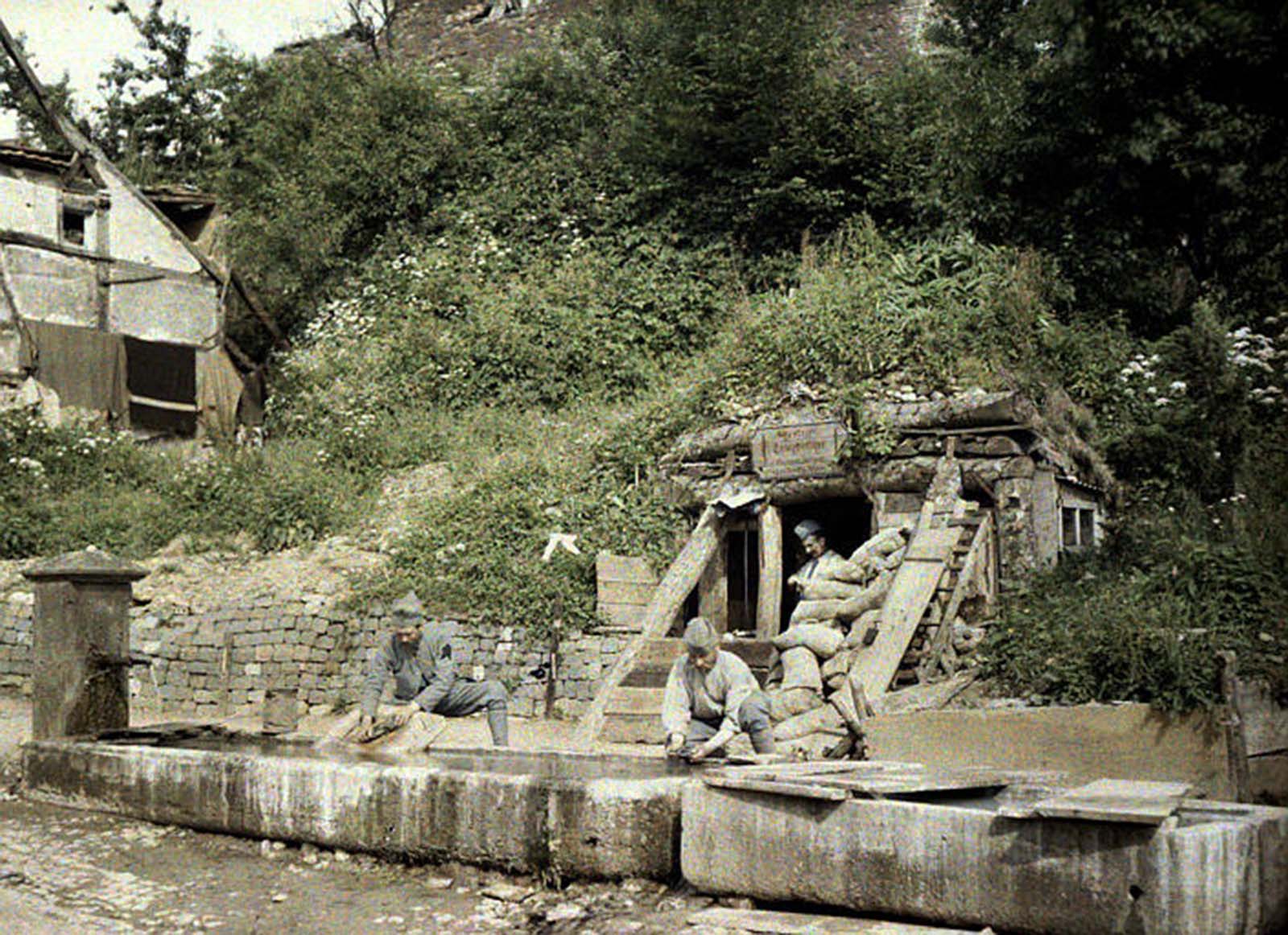 PC phone station protected by sandbags. French soldiers doing their laundry in the troughs of a fountain. France, 1917. (Photo by Paul Castelnau).