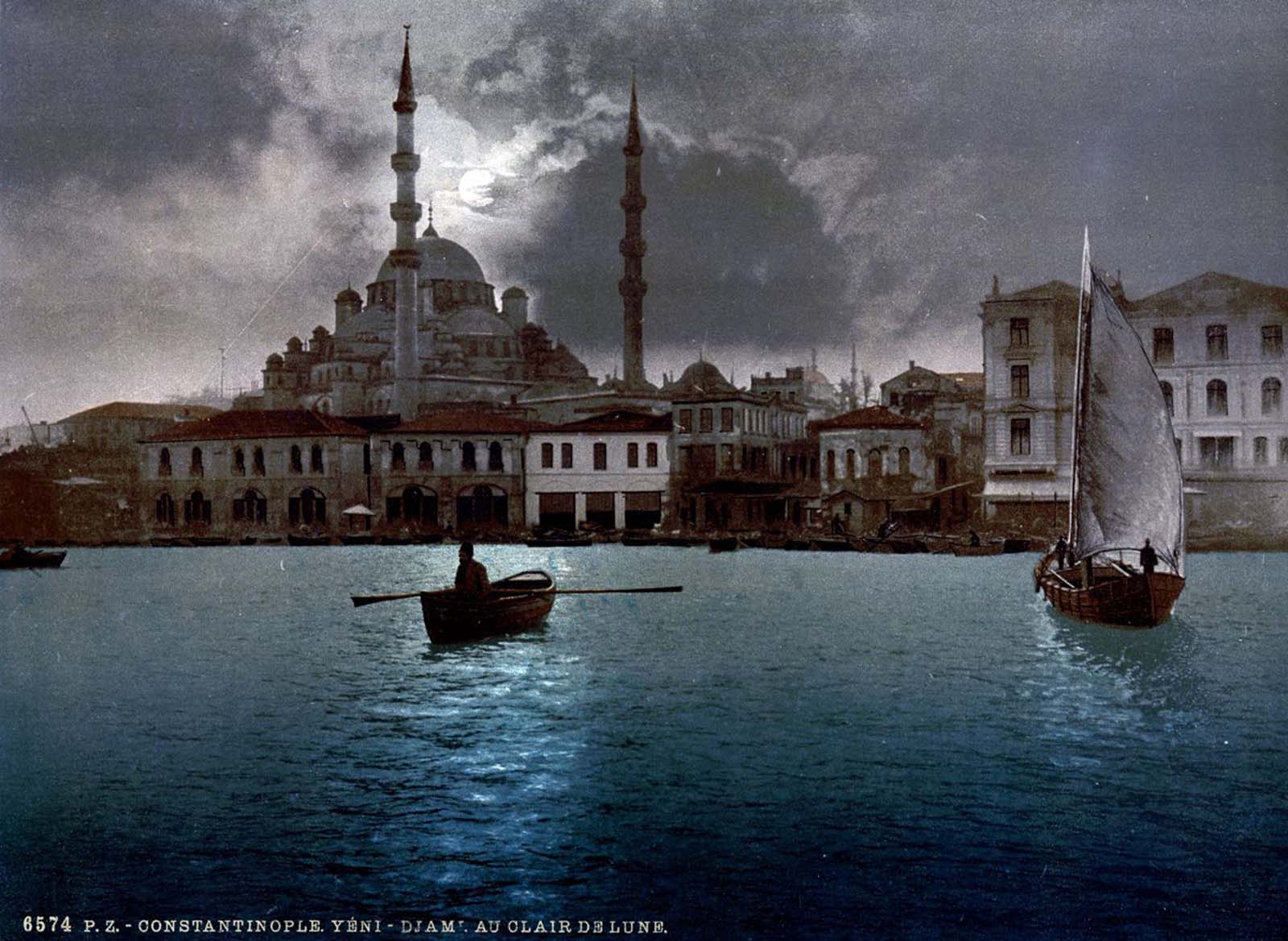 The Yeni Cami by moonlight.

These rare color views of the capital (then known as Constantinople) of the Ottoman Empire at the close of the 19th century were produced using the Photochrom process. The technique applies layers of artificial color to a black and white image with surprisingly realistic results.

In a way, these are the waning days of the Ottoman Empire, in color. The views feature the Bayezit Mosque, Yeni Cami, the fountain of Sultan Ahmet III, the Galata Bridge, Eyüp cemetery, the gate to the Ministry of War, the Golden Horn, and the people who lived in the city. Constantinople would be officially renamed Istanbul forty years later in 1930.

Photochrom was developed in the 1880s by an employee of a Swiss printing company and involves coating a lithographic limestone tablet with a photosensitive emulsion and exposing it to light under a photo negative. The exposure causes the emulsion to harden in proportion to the tones of the negative, forming a fixed lithographic image on the stone.

Additional litho stones are prepared for each tint to be used in the final color image. A single color postcard might end up requiring over a dozen different tint stones.

The end product of the painstaking process is color images with a surprising degree of verisimilitude, particularly during an era when true color photography was in its infancy. 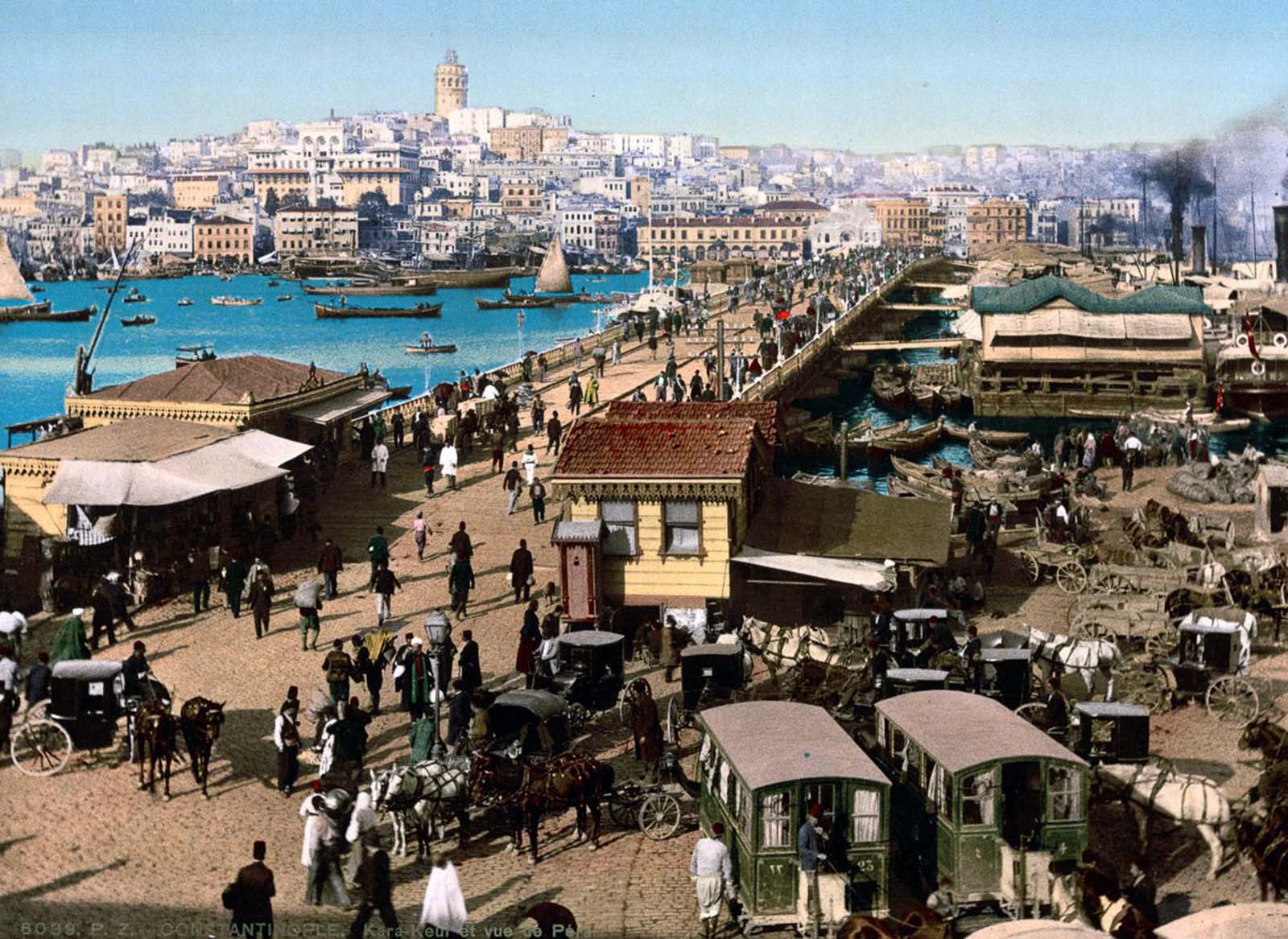 Galata Bridge and a view of Pera. 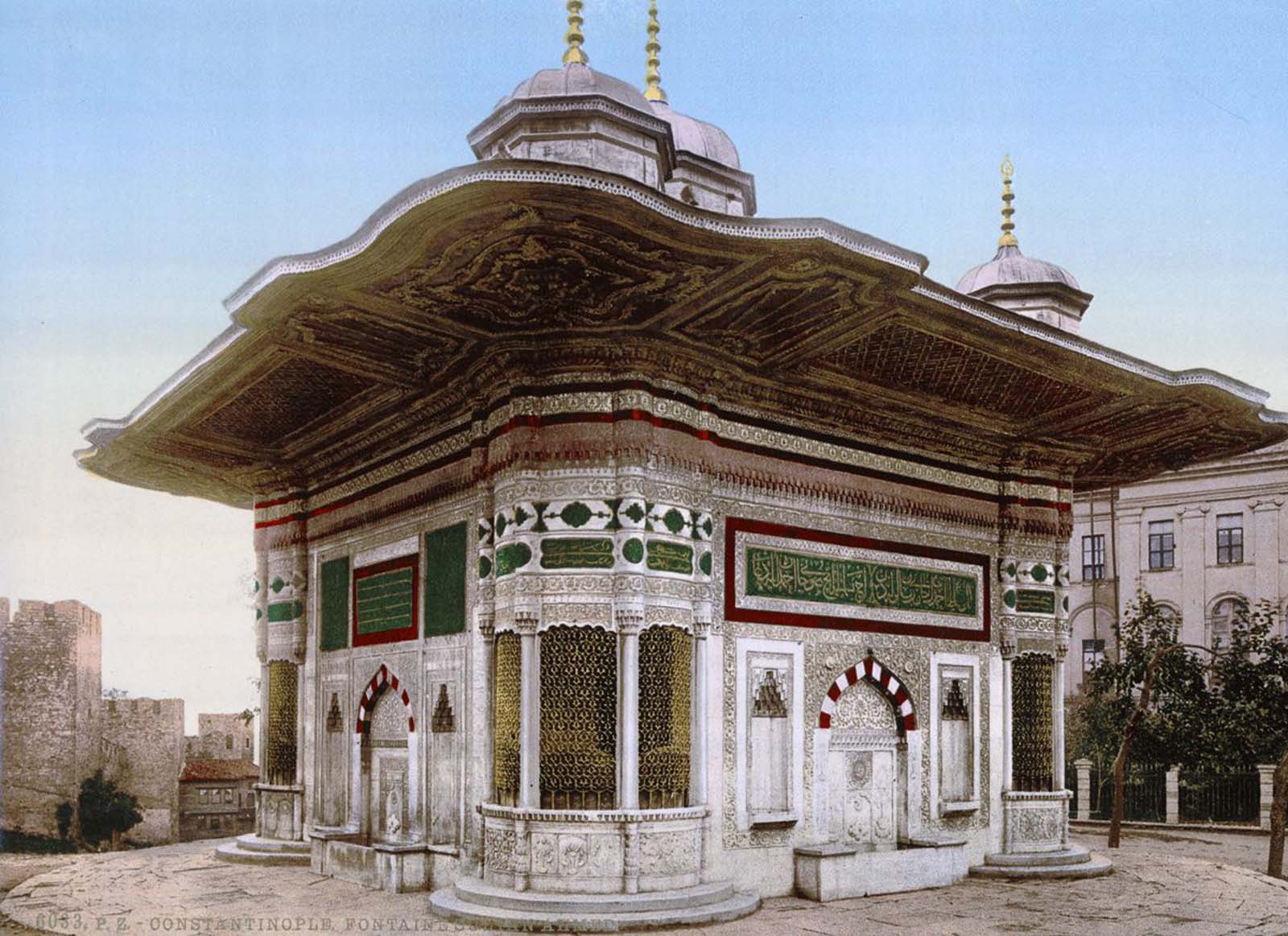 The fountain of Sultan Ahmed. 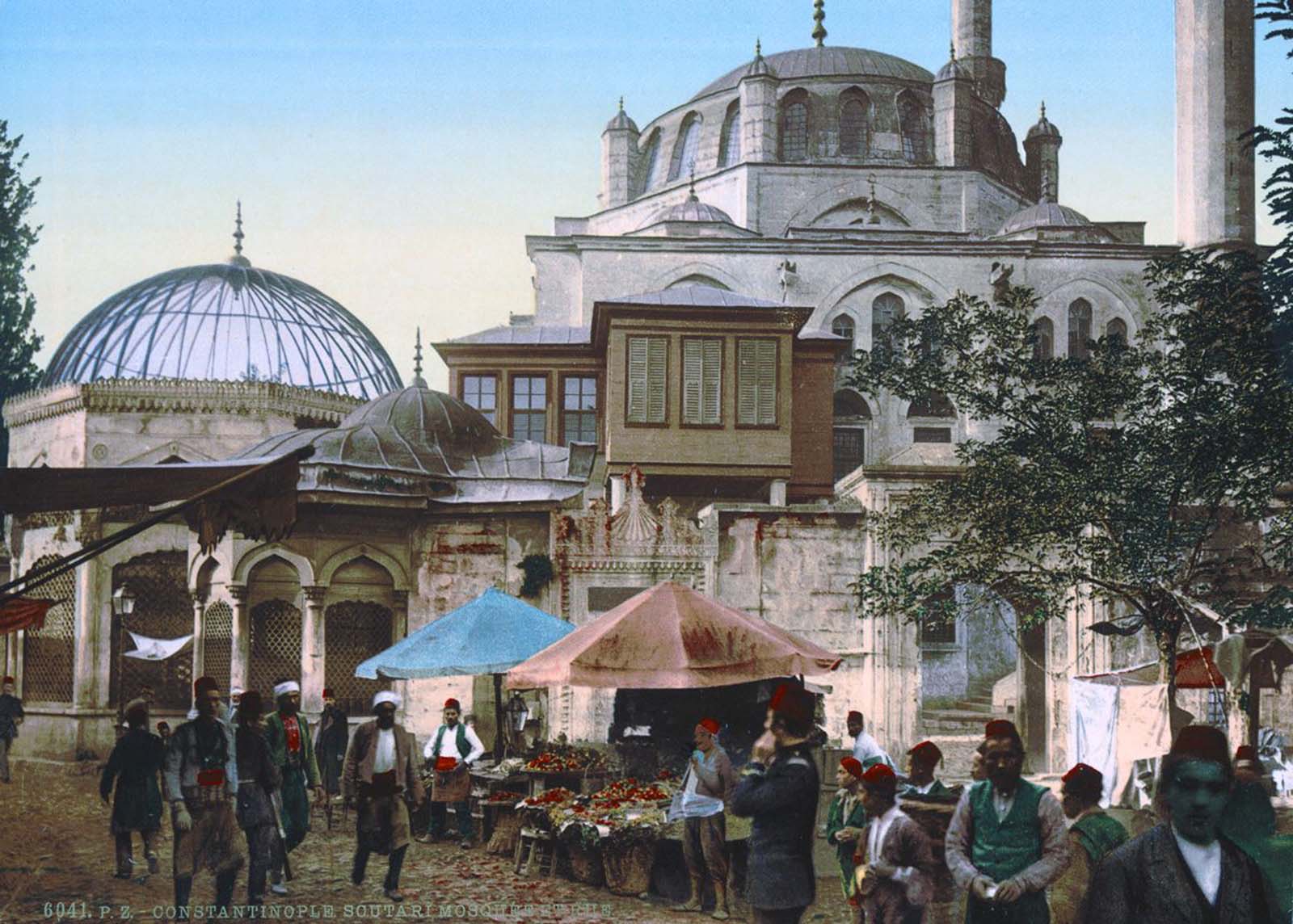 A mosque and street market. 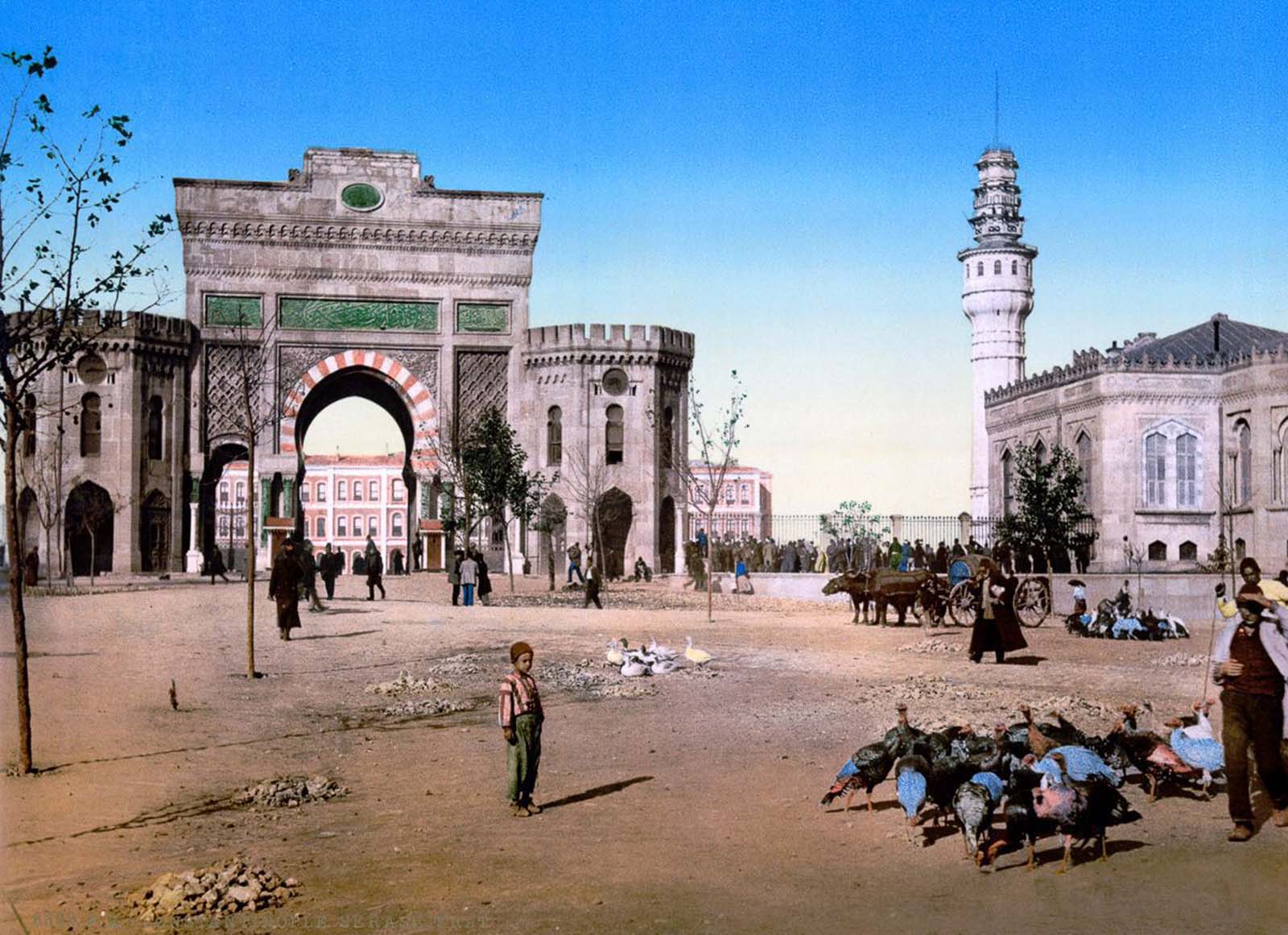 Near the Seraskerat (Ministry of War). 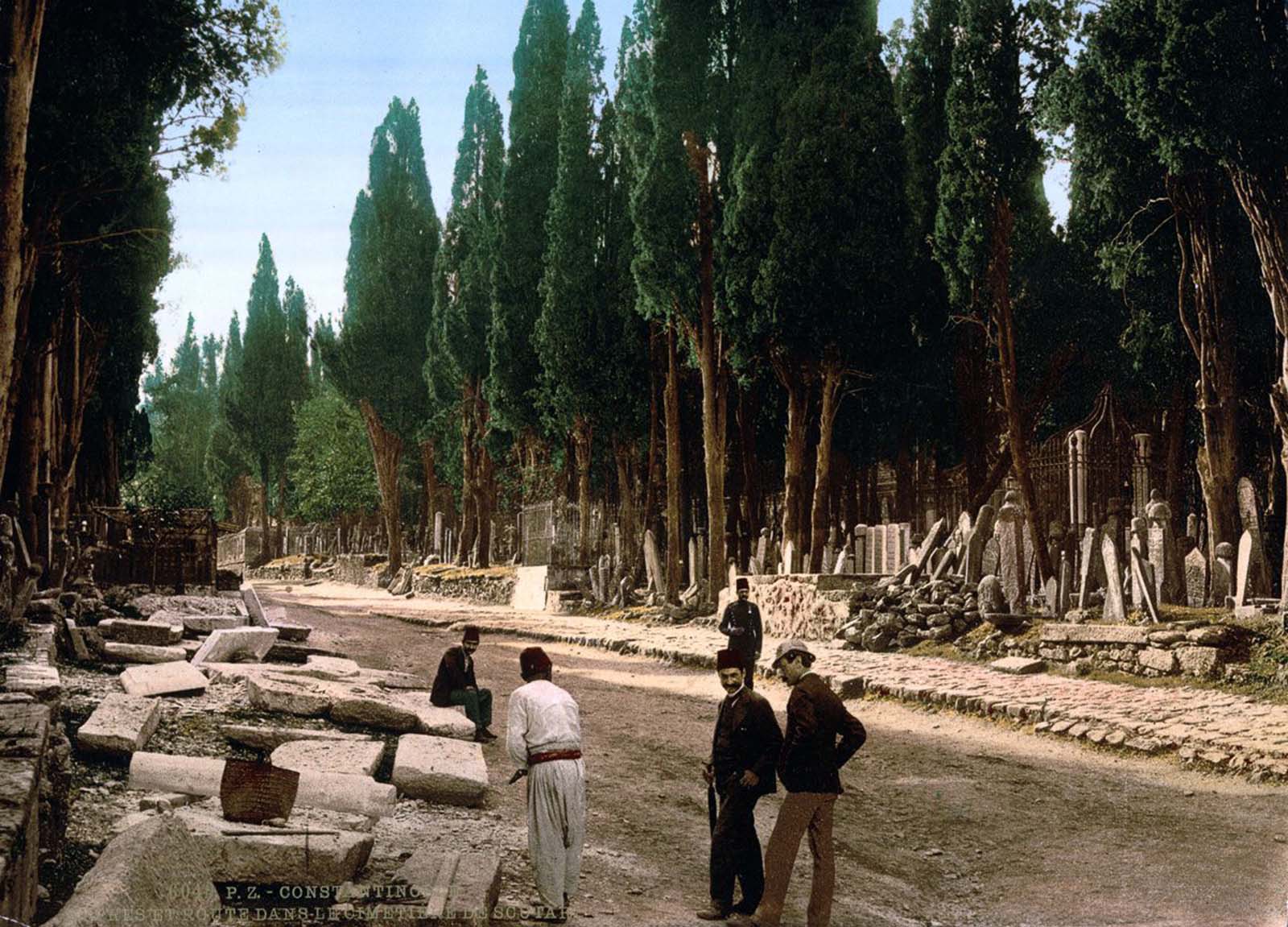 Cypresses along the road to the cemetery. 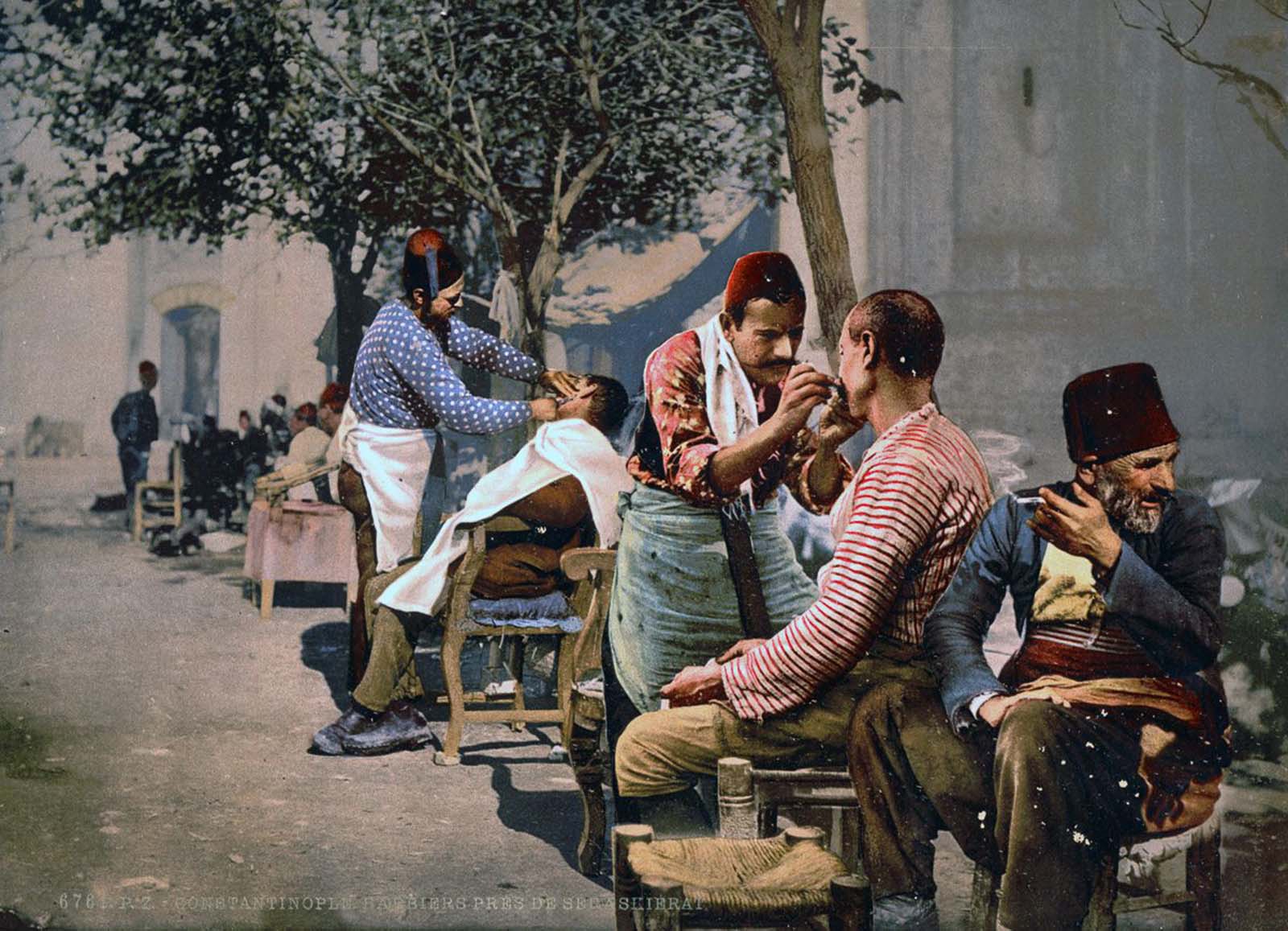 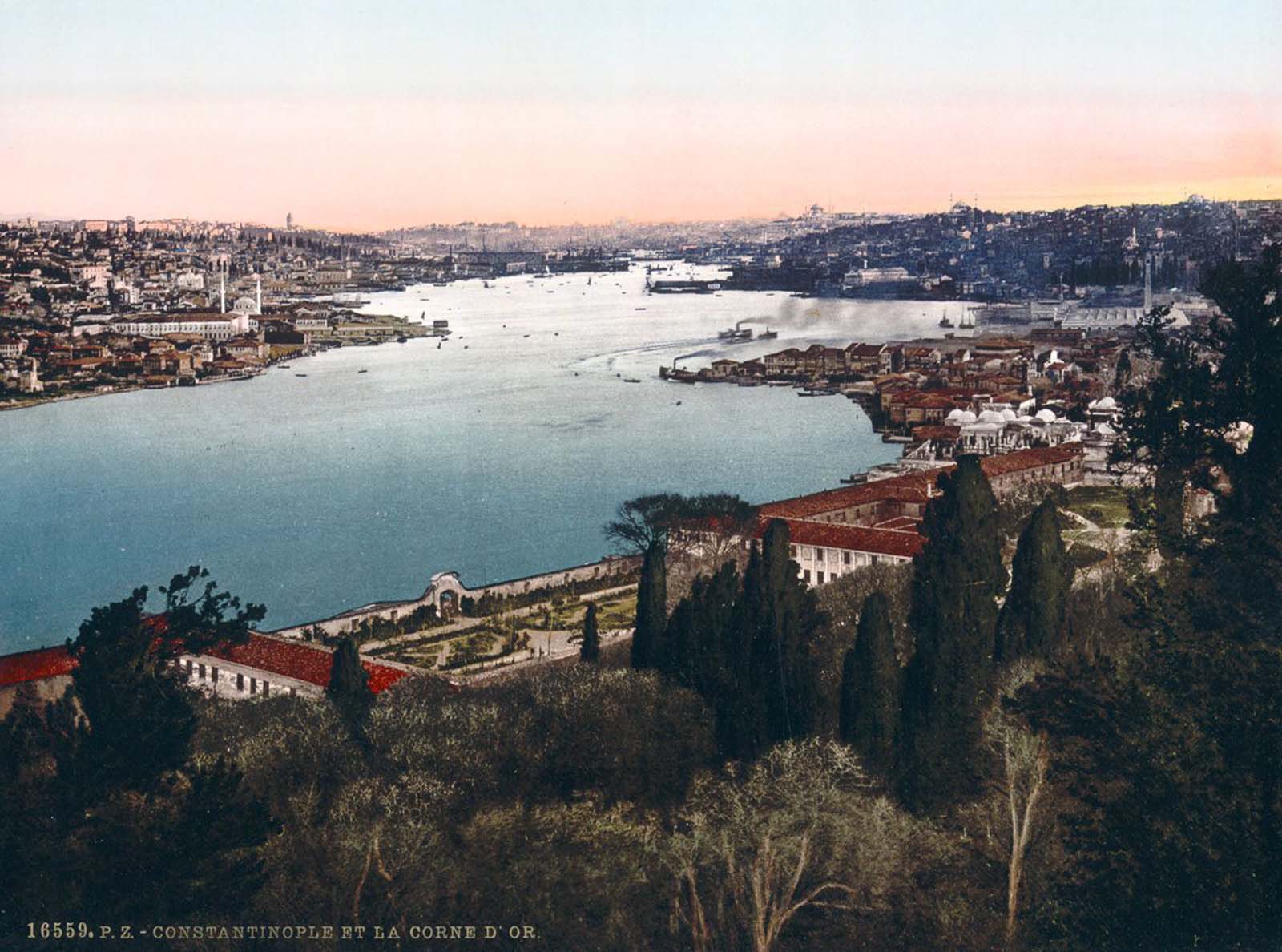 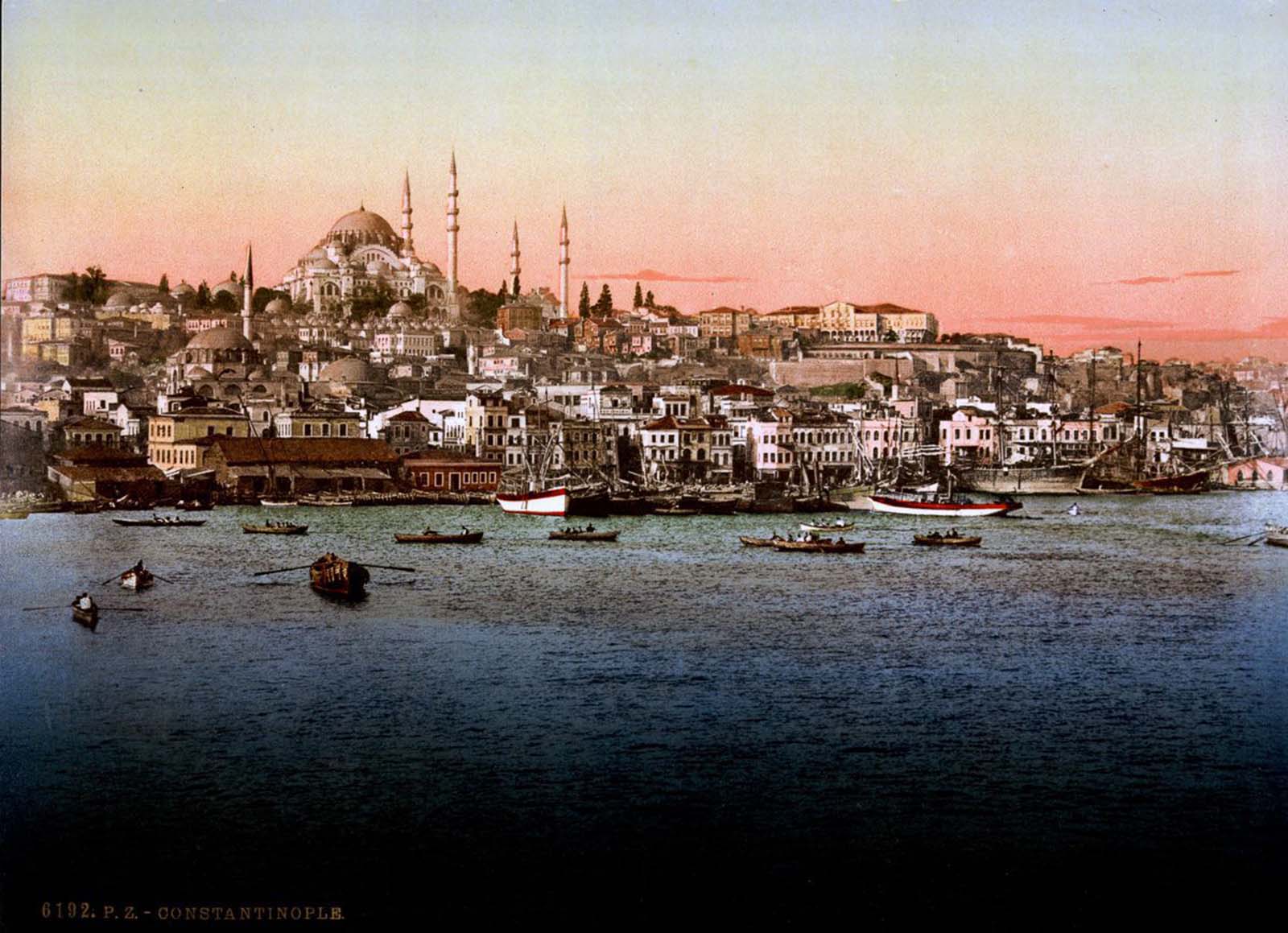 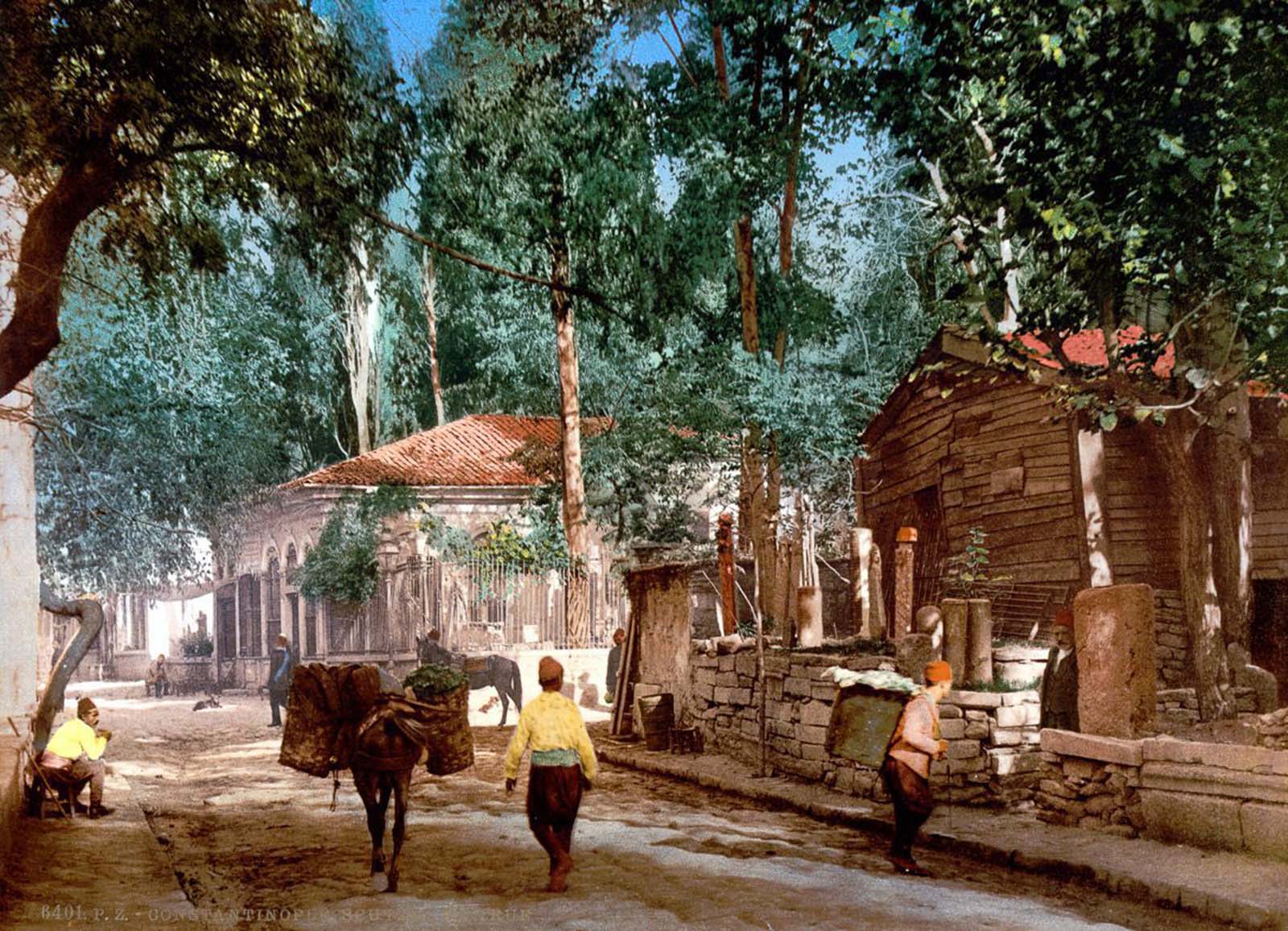 The district of Scutari. 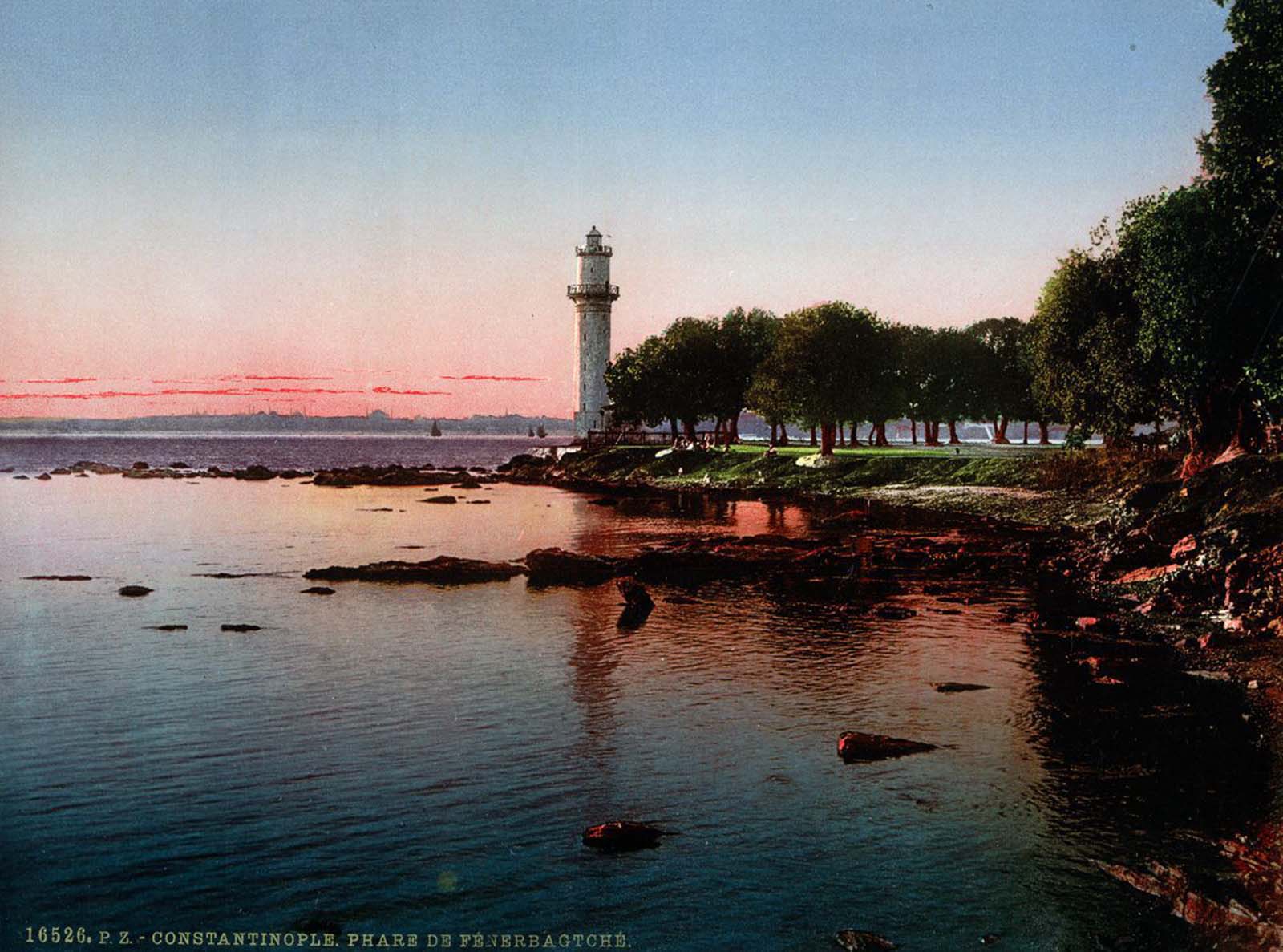 The neighborhood of Fenerbahçe. 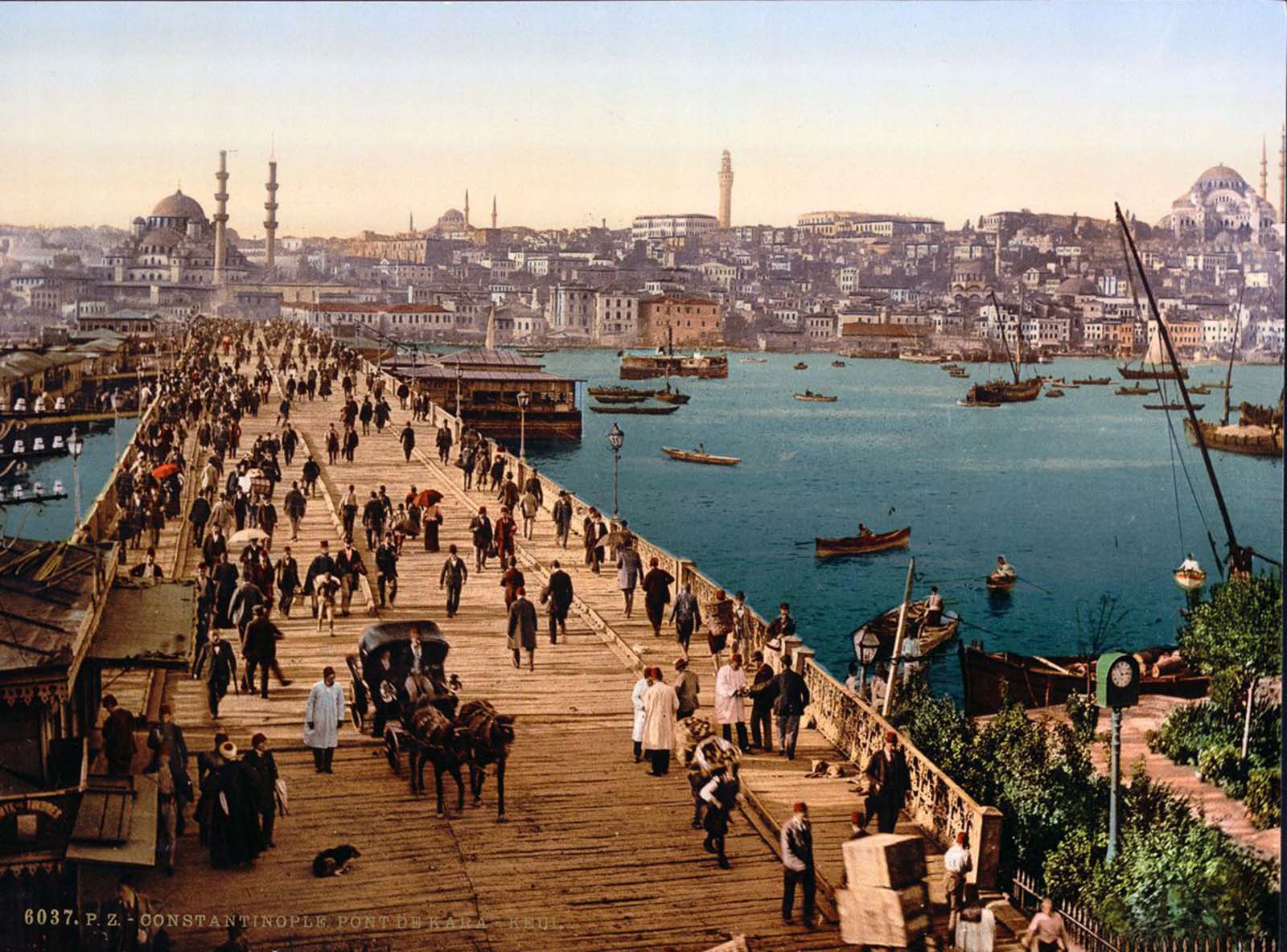 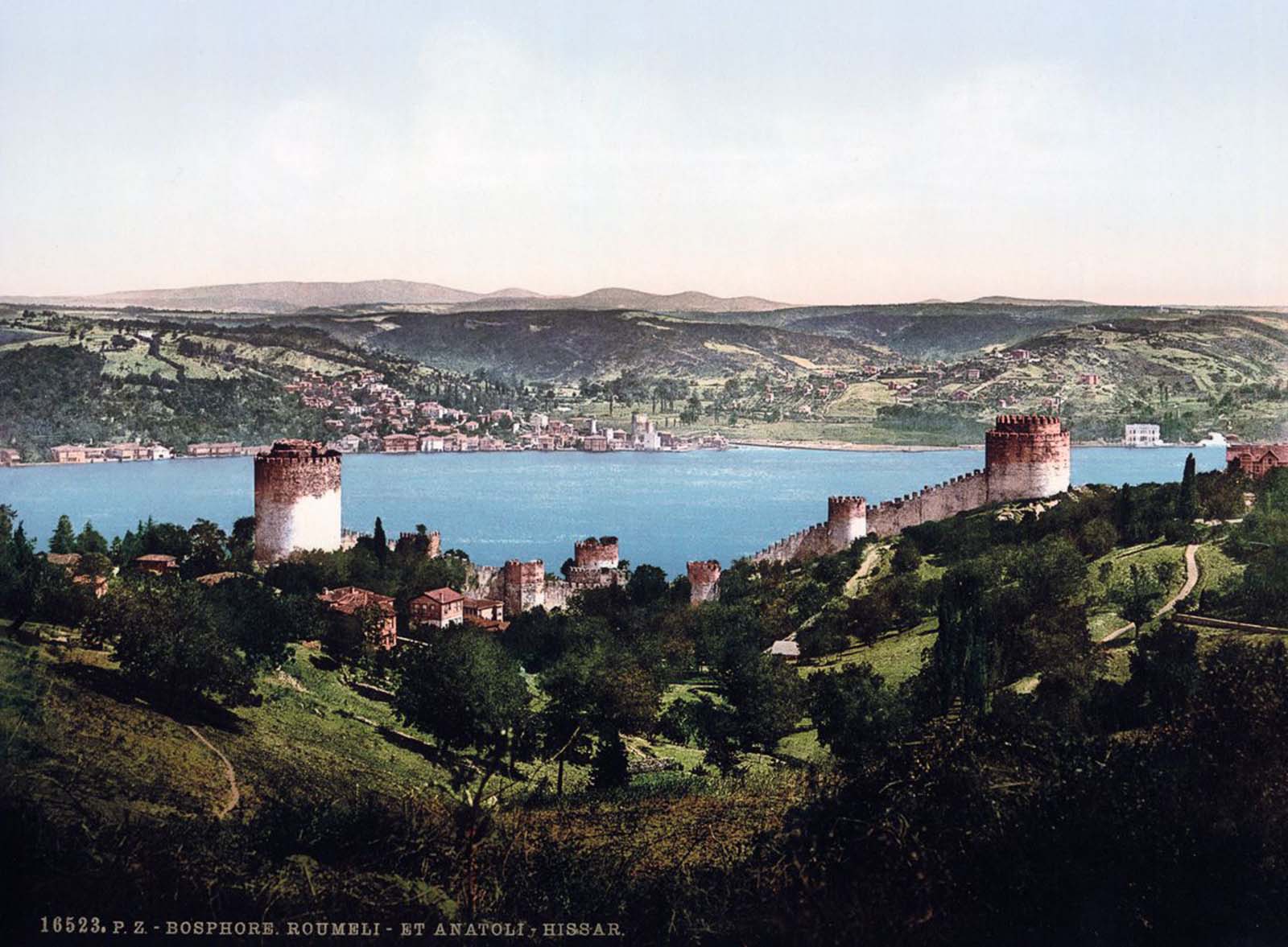 The Bosphorus, Rumeli and Anadali-Hissar. 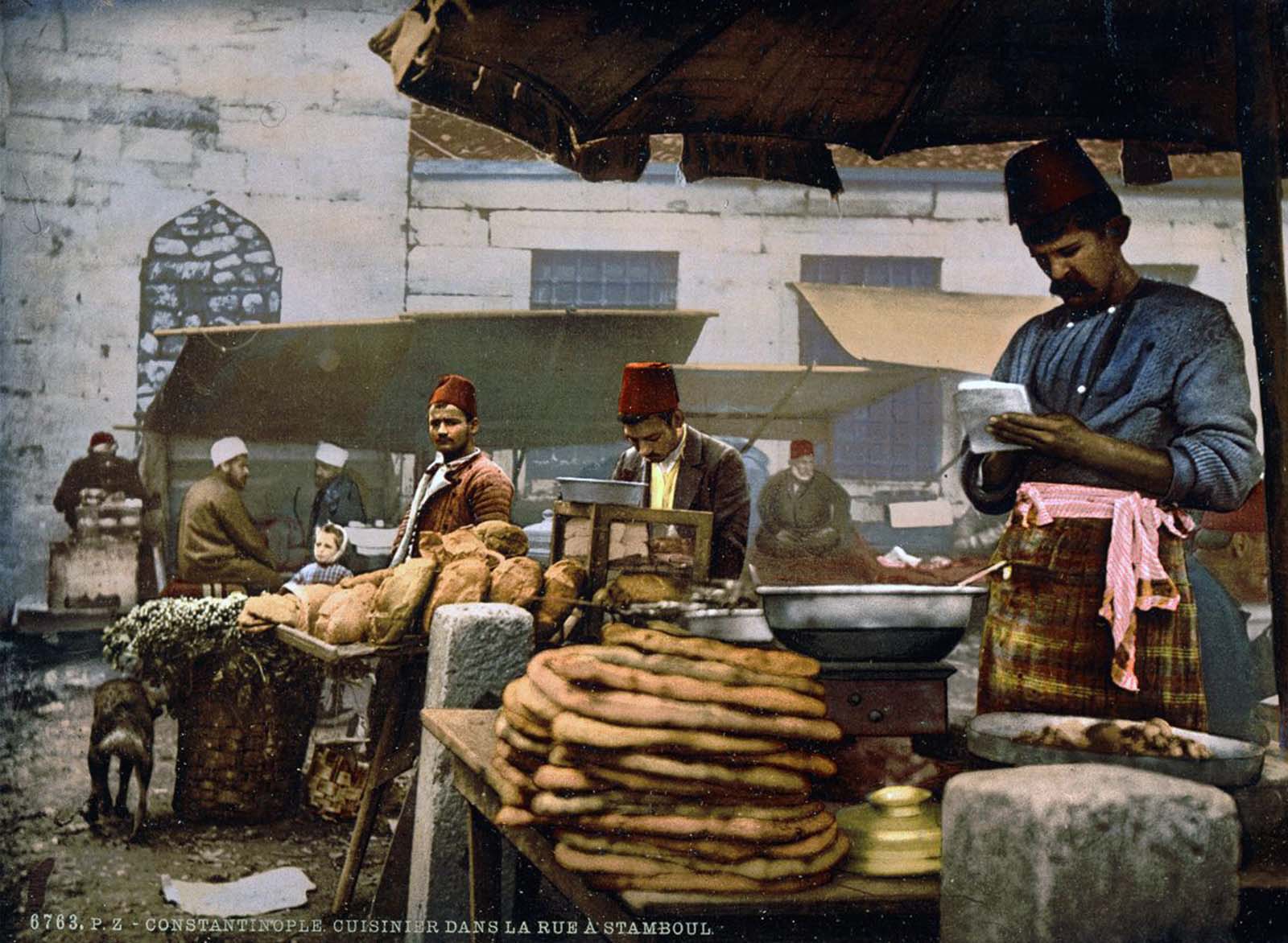 A cook in the Rue de Stamboul. 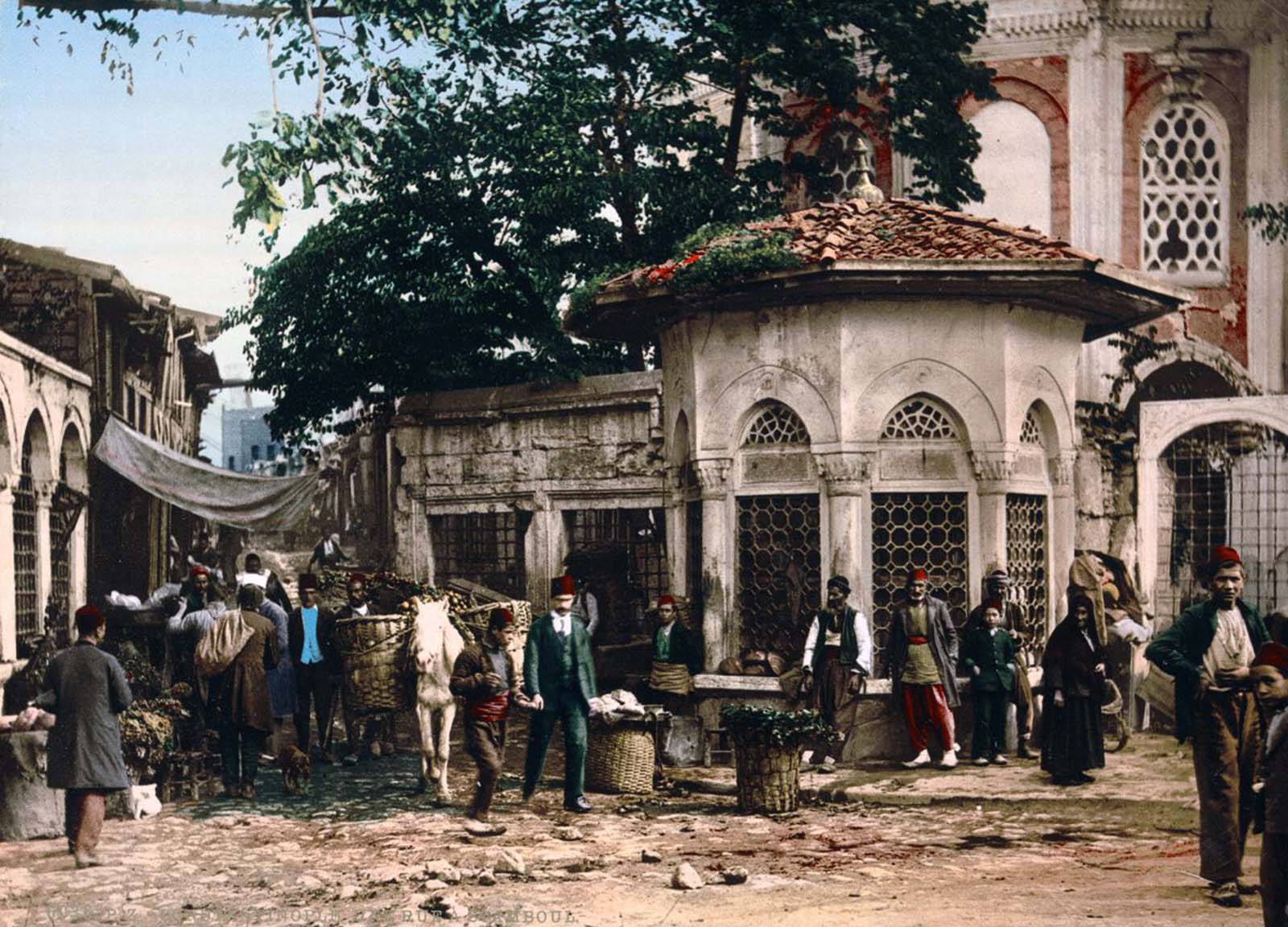 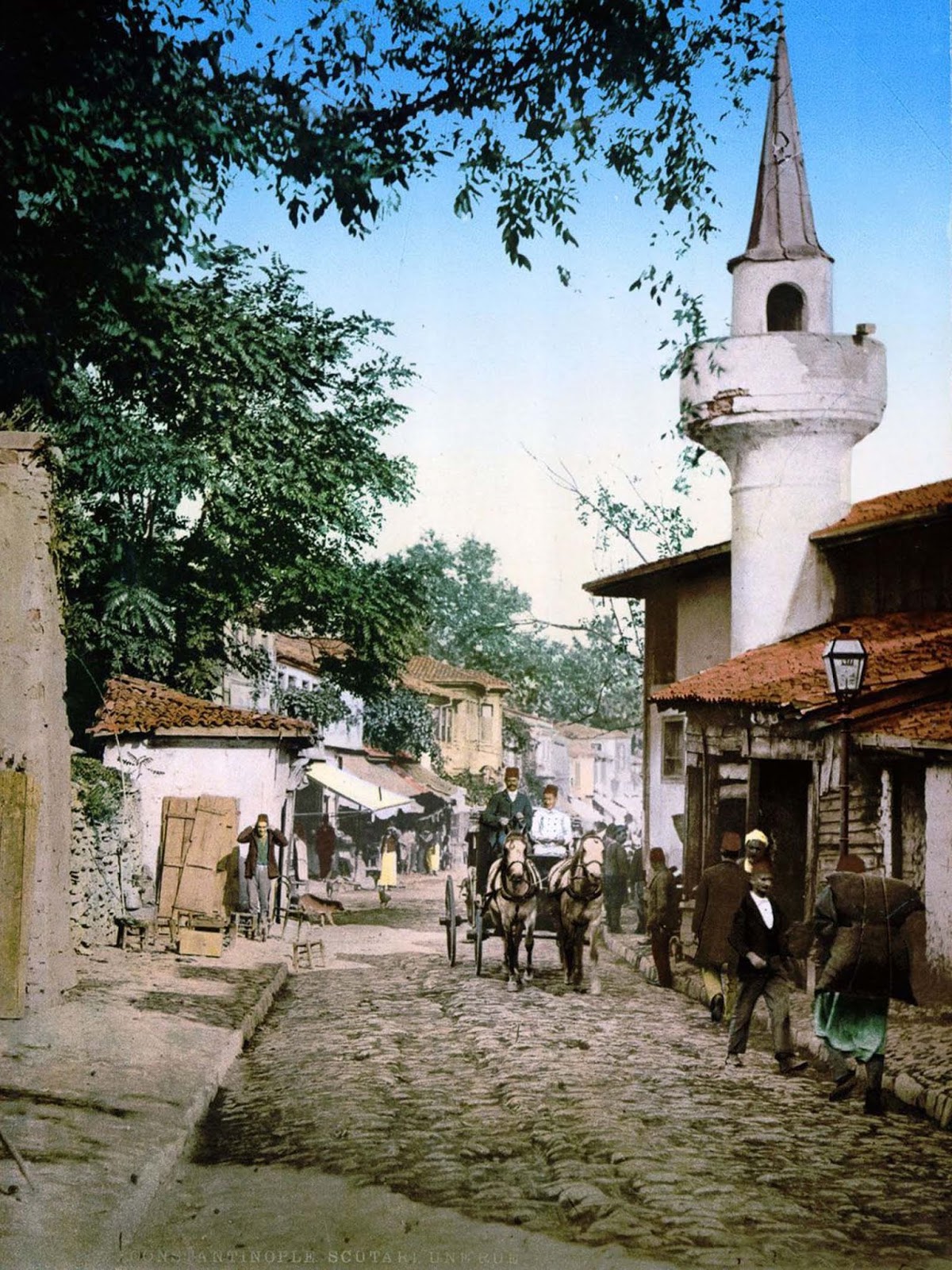 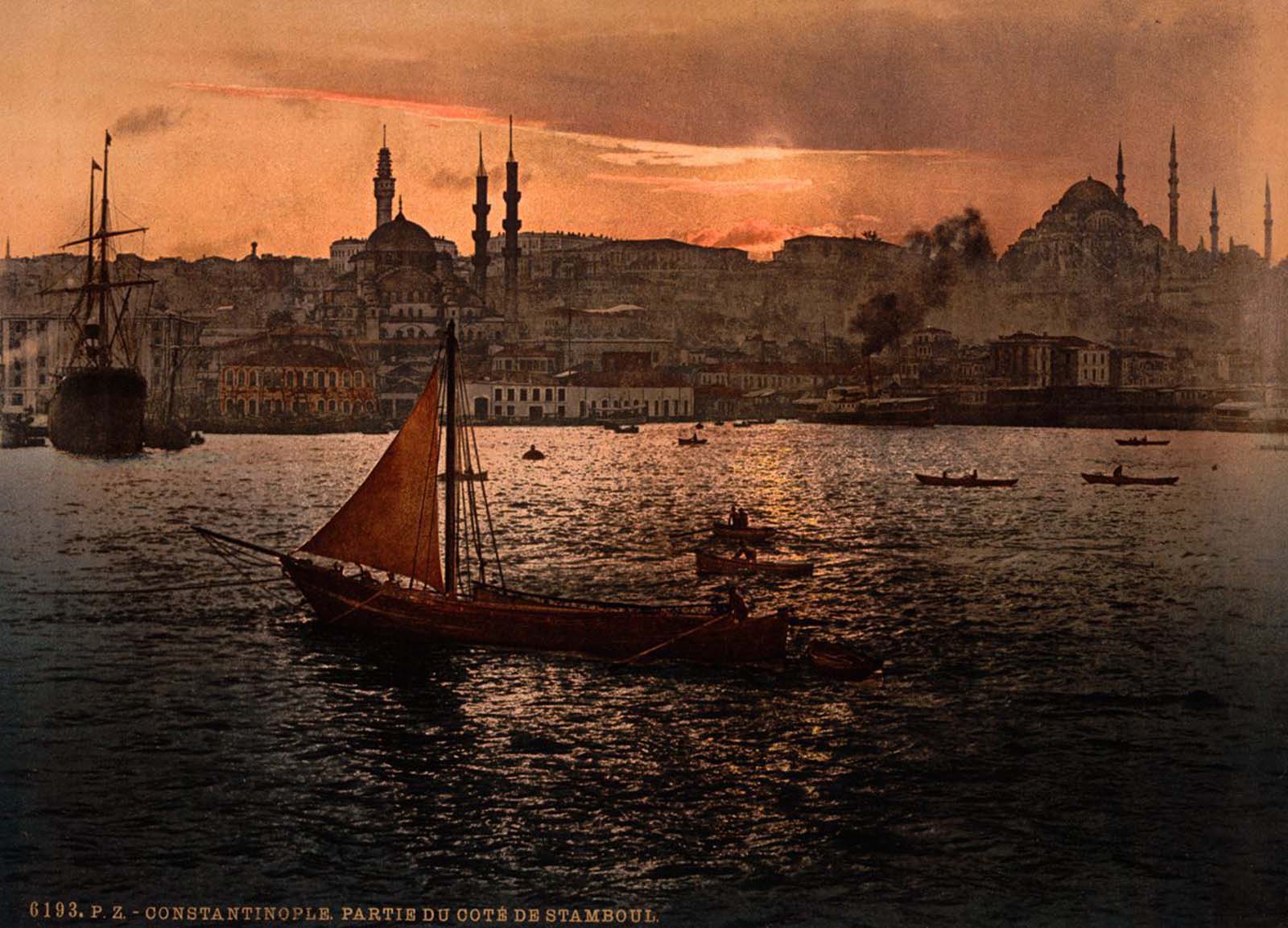 The harbor of Constantinople. 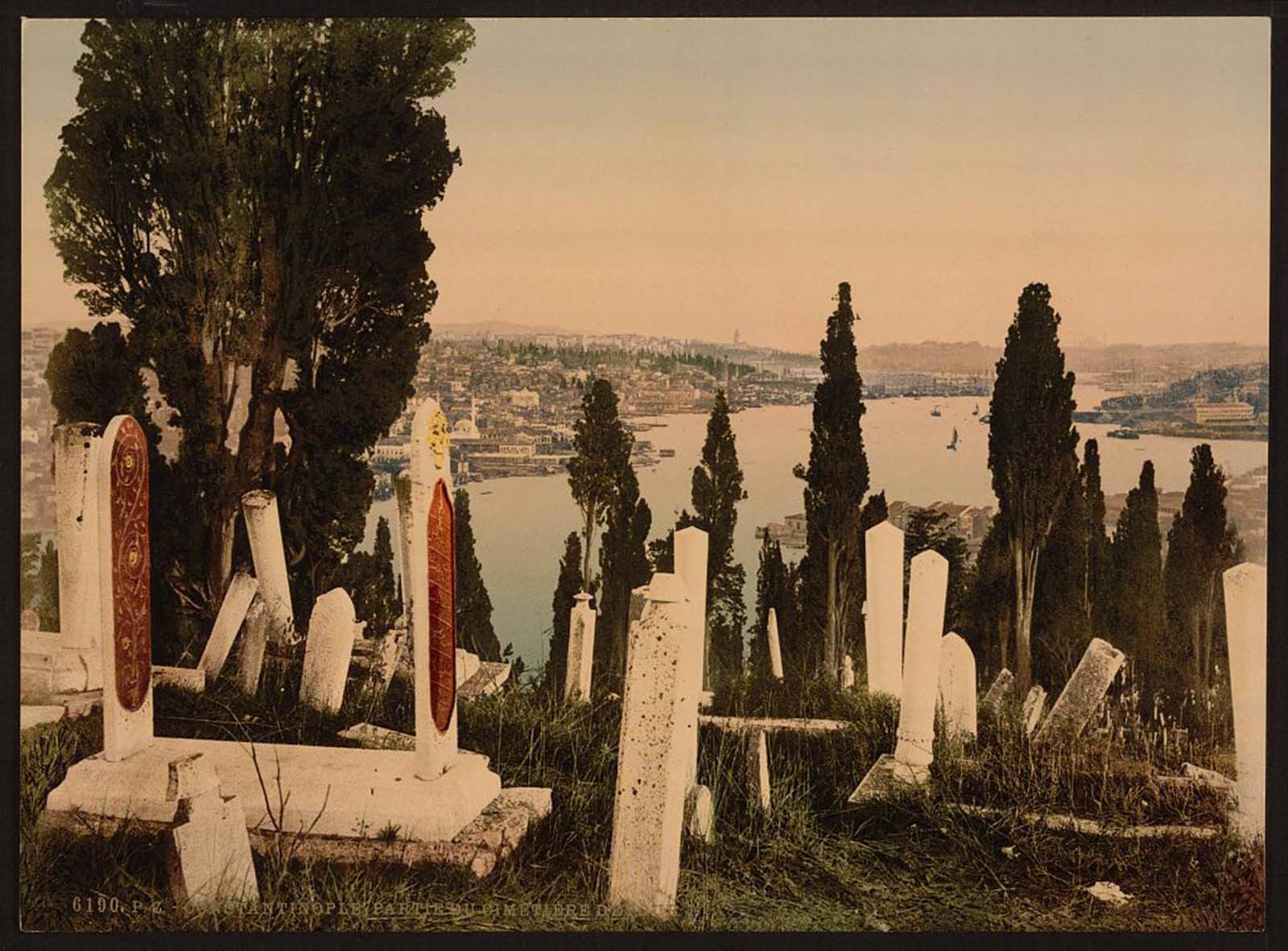 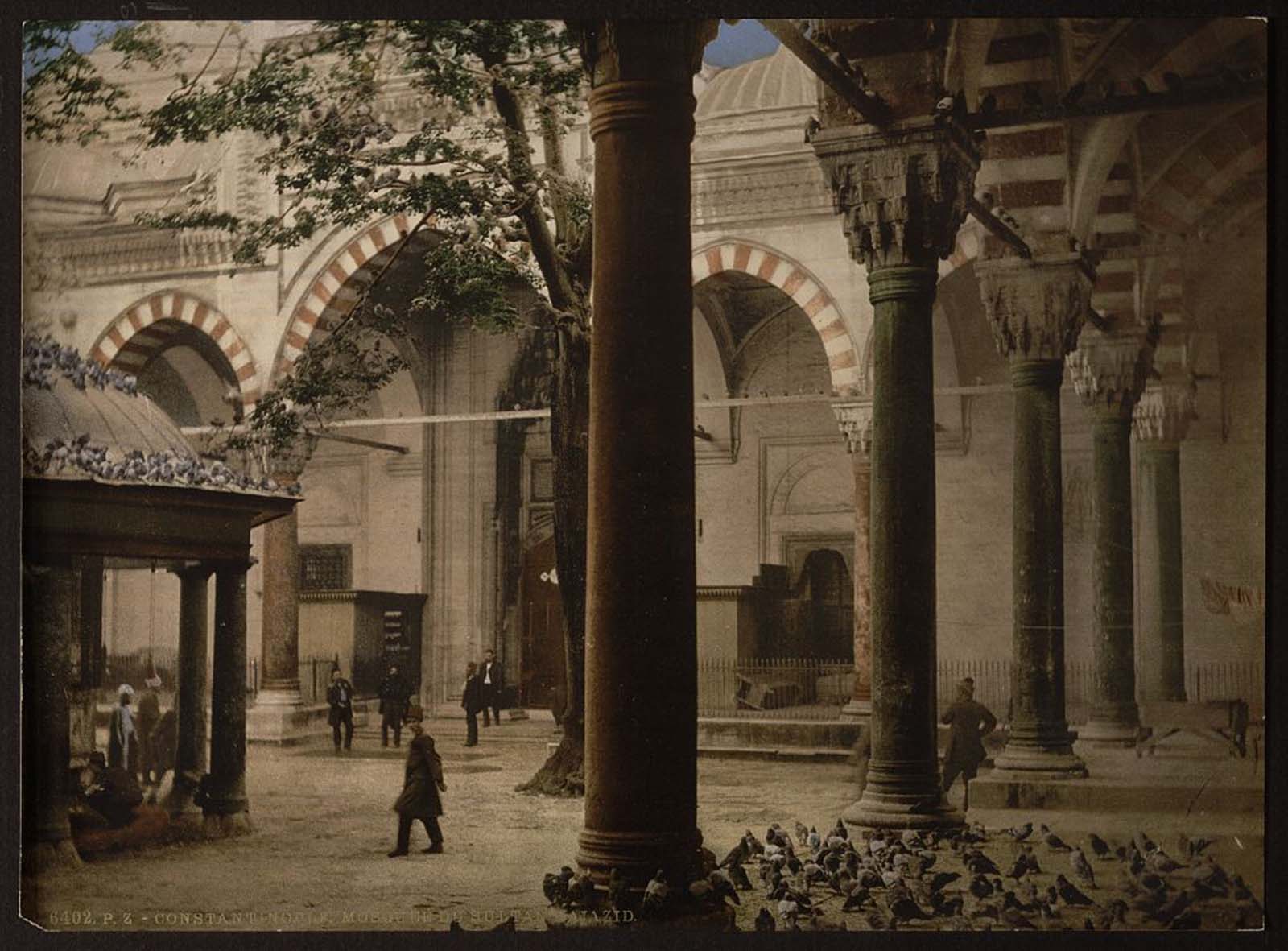 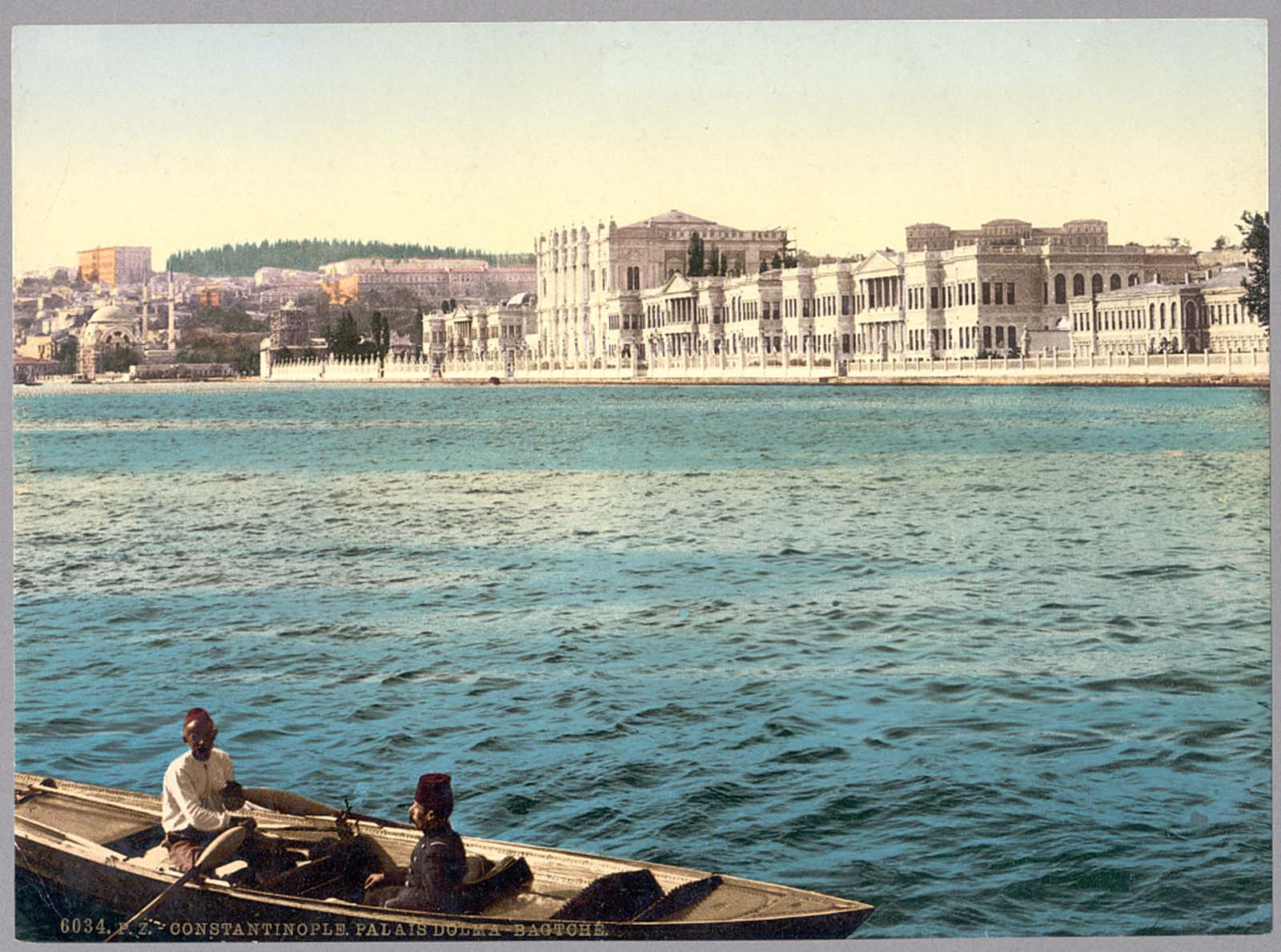 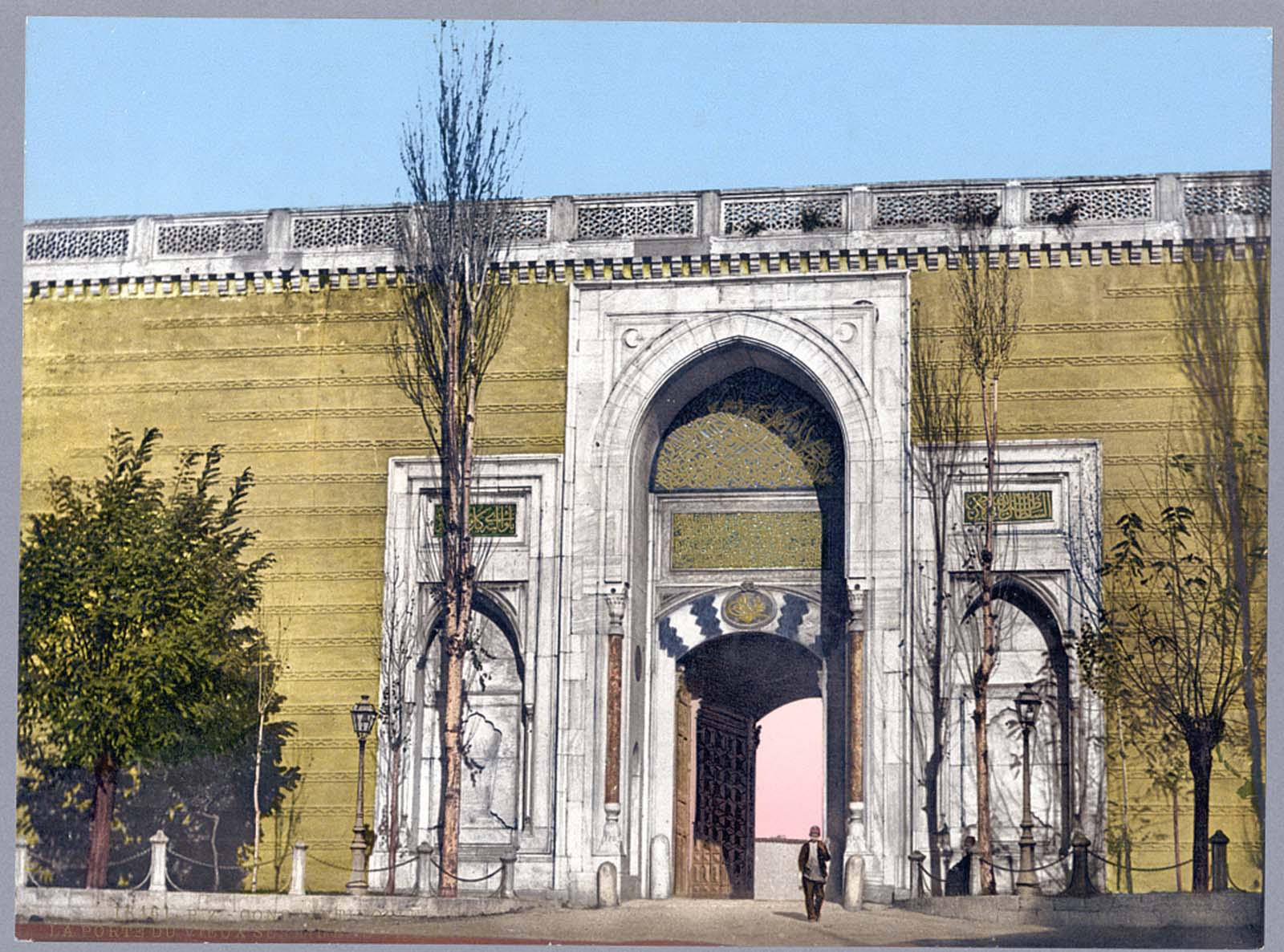 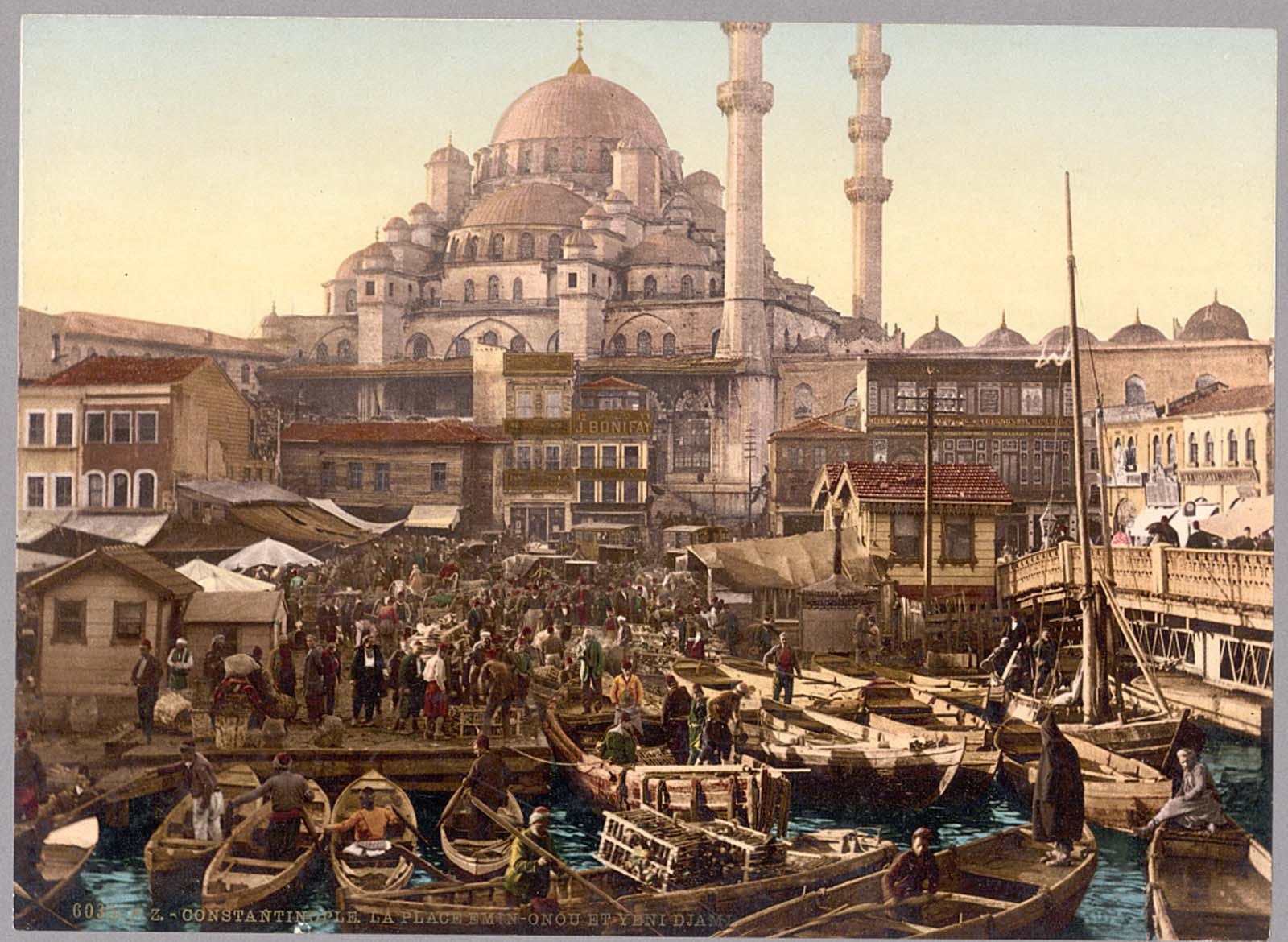