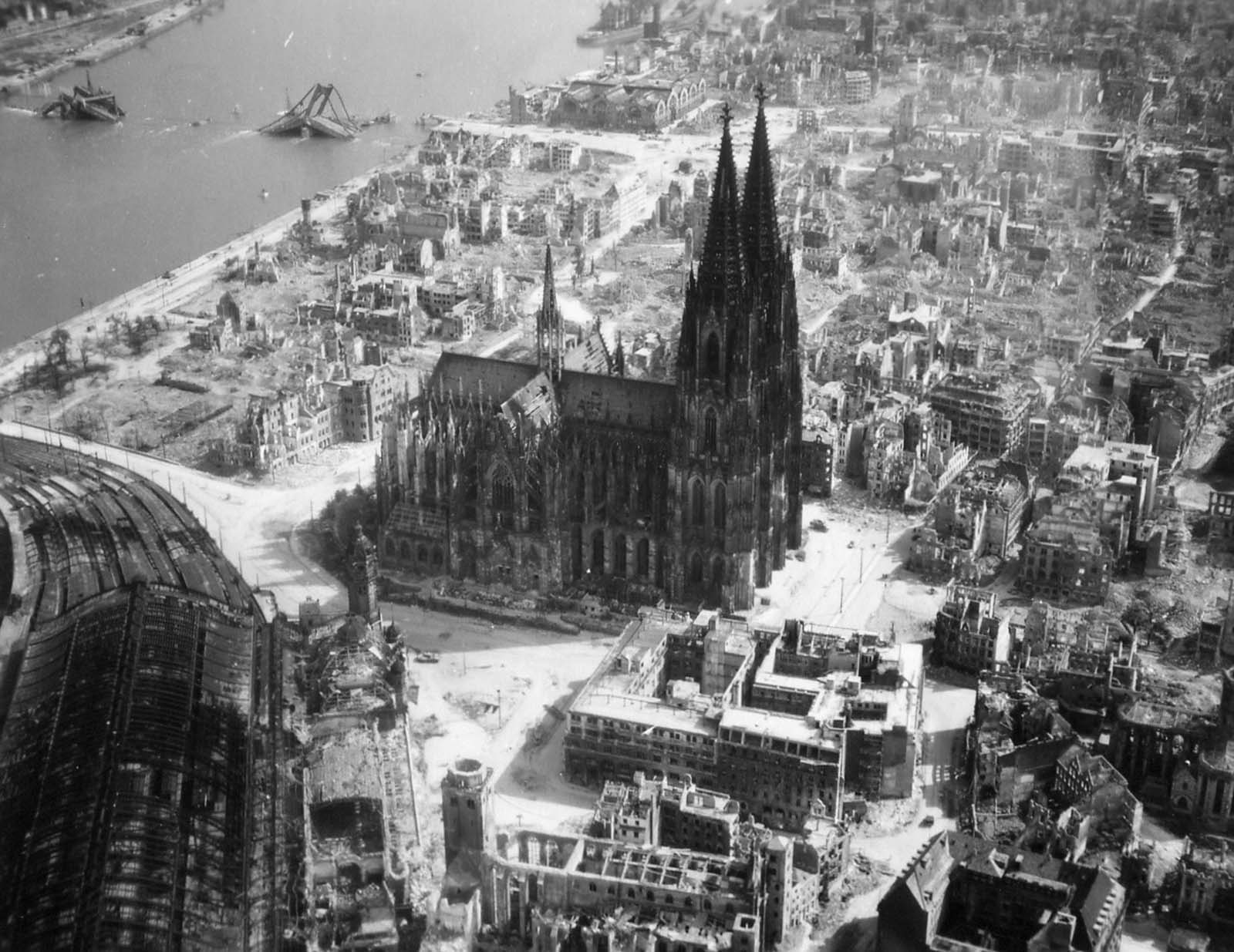 Seen here is an aerial black and white photo of the famous Cologne Cathedral during World War II. The cathedral suffered fourteen hits by aerial bombs during the war. It did not collapse but stood tall in an otherwise flattened city.

The twin spires are said to have been used as an easily recognizable navigational landmark by Allied aircraft raiding deeper into Germany in the later years of the war, which may be a reason that the cathedral was not destroyed.

The attacking pilots used the cathedral as a reference to their location, but this would not have been so important in the last days when the Allies had complete air superiority. Many in the military wanted to respect the buildings due to their cultural significance.

Lower-level bombers were more accurate in hitting their targets, but high-level bombers were notoriously inaccurate. The pilots were lucky if even a fraction of their bombs landed over their real targets. Targeting a cathedral, even one this large, was simply very difficult with the technology of the day.

The city of Cologne (Köln) was entirely bombed.

After the war, the repairs of the building were completed in 1956. In the northwest tower’s base, an emergency repair carried out in 1944 with bad-quality brick taken from a nearby war ruin remained visible until 2005 as a reminder of the war, but then it was decided to reconstruct this section according to its original appearance.

Construction of Cologne Cathedral commenced in 1248 and was halted in 1473, leaving it unfinished. Work restarted in the 19th century and was completed, to the original plan, in 1880.

Early in 1942 the RAF bomber command, headed by Sir Arthur Harris, began an intensification of the Allies’ growing strategic air offensive against Germany.

These attacks, which were aimed against factories, rail depots, dockyards, bridges, and dams and against cities and towns themselves, were intended to both destroy Germany’s war industries and to deprive its civilian population of their housing, thus sapping their will to continue the war.

The characteristic feature of the new program was its emphasis on area bombing, in which the centers of towns would be the points of aim for nocturnal raids.

On the night of May 30–31, more than 1,000 bombers were dispatched against Cologne, where they did heavy damage to one-third of that city’s built-up area.

In total, the German city of Cologne was bombed in 262 separate air raids by the Allies during World War II, all by the Royal Air Force (RAF).

A total of 34,711 long tons of bombs were dropped on the city by the RAF. 20,000 people died during the war in Cologne due to aerial bombardments. 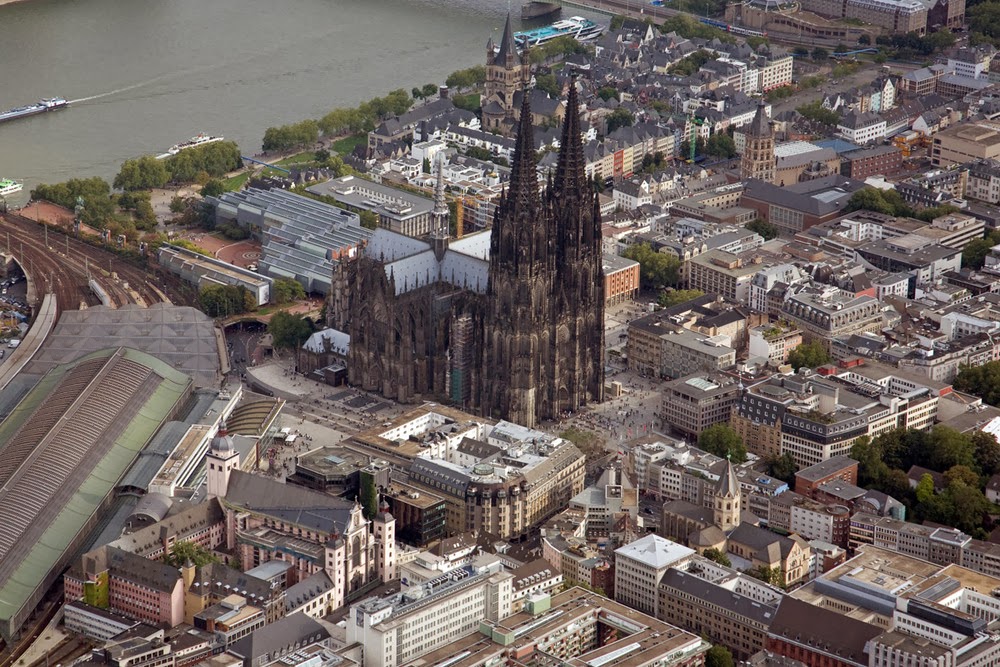 Official British war art imagining a bombing raid on Cologne. The city’s cathedral is clearly visible. It survived the war, despite being hit dozens of times by Allied bombs.

A photo showing the damages to the Cathedral.

Image of the cathedral. Notice the shadow of the bomber.

Allied troops captured the western part of Cologne on 6th-7th March 1945. The German army still held the eastern shore of the Rhine and attacked the Allies with artillery. The rest of Cologne was captured between 12th and 15th April 1945. Until the 16th April a strip of about 500m along the shore had been declared as a restricted area and the cathedral was just within this zone.