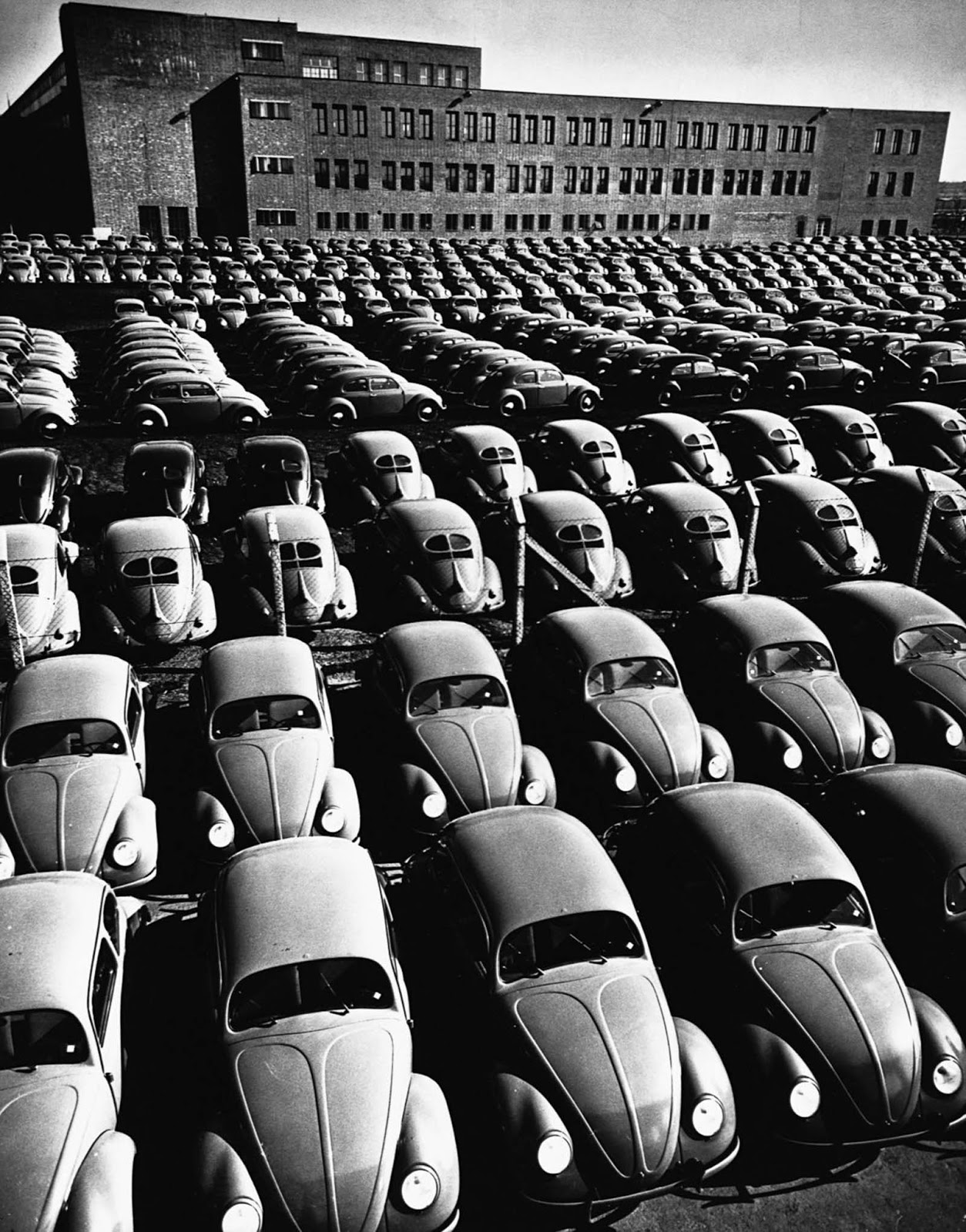 In 1933 Adolf Hitler commissioned automotive engineer Ferdinand Porsche to develop a “People’s Car” (literally a VolksWagen). The Volkswagen would need to be capable of carrying a family of five at sustained speeds of 100km/h (62 miles per hour), with a fuel efficiency of 32 miles per gallon. It would also need to be inexpensive to fix and replace worn-out parts.

The Volkswagen name however wasn’t to become official until a few years down the line. The new car was initially tagged the Porsche Type 60, then christened the KdF-Wagen, KdF being the initials of the leisure arm of the Third Reich (Kraft durch Freude or Strength through Joy).

Hitler’s plan had been that the new car would be affordable to everyone, and introduced a form of partial payment for them. Consumers would purchase a “Sparkarte” (a savings card) at a cost of 1 Reichsmark, the equivalent of about 30p, or around 40 US cents.

Following the purchase of the Sparkarte, they were obliged to buy at least 5 Reichsmark of stamps per week, this worked out at roughly £1.35 or $2 USD. The average Germans salary at the time was around 32 Reichsmark a week. The sum total payable for the basic car was 990 Reichsmark. 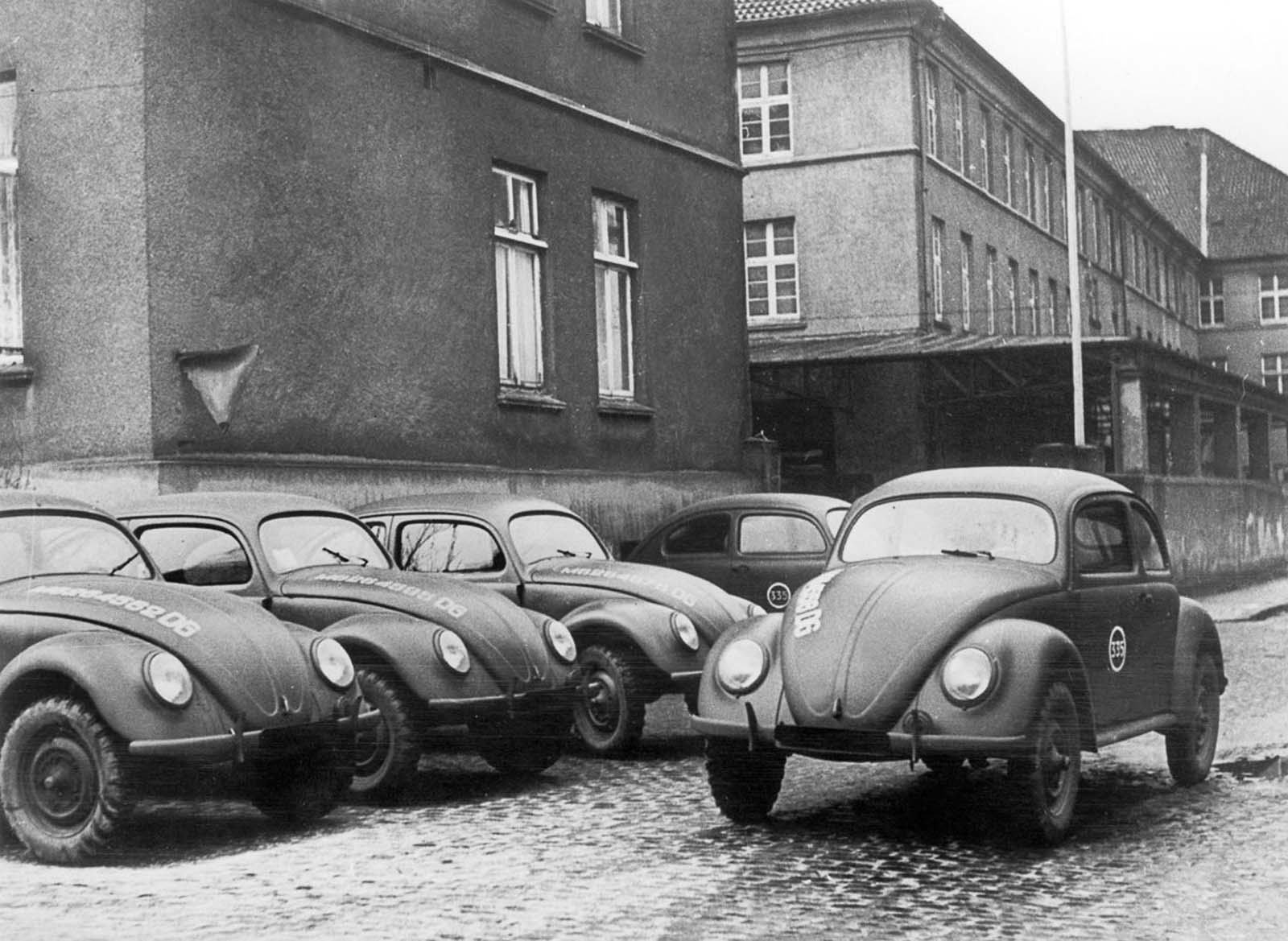 Some of the first Volkswagen “Beetles” produced in West Germany. 1945.

A factory was built in Fallersleben (later renamed Wolfsburg) to mass-produce the cars, with Hitler himself laying the cornerstone in 1938. By the outbreak of World War 2 in 1939, only a handful of consumer cars had been produced, and all customer orders had been canceled as production was switched from civilian vehicles to that of military vehicles.

After the war’s conclusion in 1945, British Army Major Ivan Hirst was tasked with controlling the bombed-out factory. He convinced the British military to order 20,000 cars, and soon the factory was producing 1,000 per month. The Volkswagen came to be known as the “Beetle” for its rounded appearance.

In the following decades, the production of the Beetle ramped up, and it became one of the most popular and recognizable cars in the world. By the time the last Beetle rolled off the assembly line in 2003, over 21.5 million had been built.

These pictures show the efficient and productive process which made the Beetle ubiquitous on streets worldwide. They also show a company at the height of its reputation, long before its current scandal cheating emissions standards. 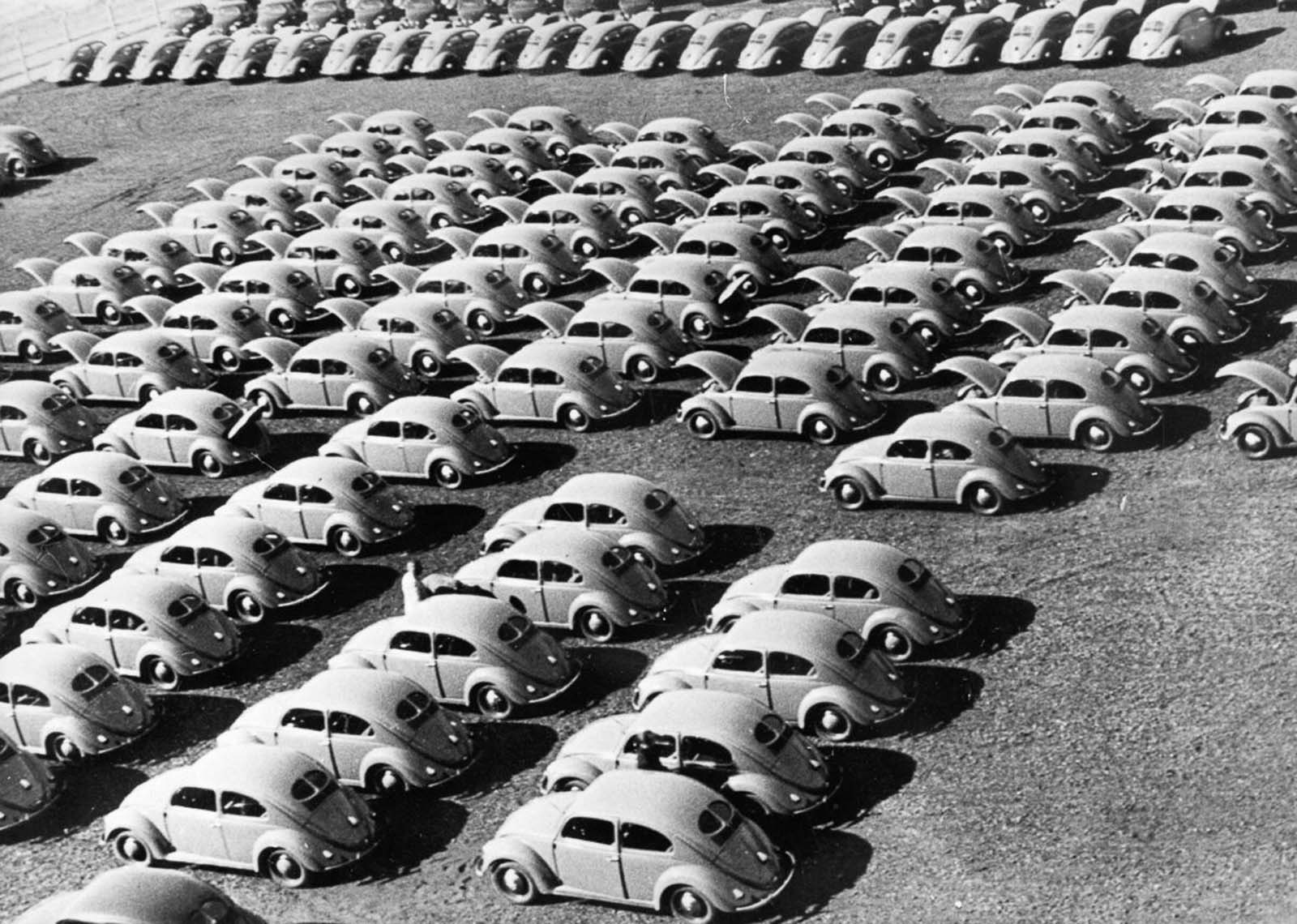 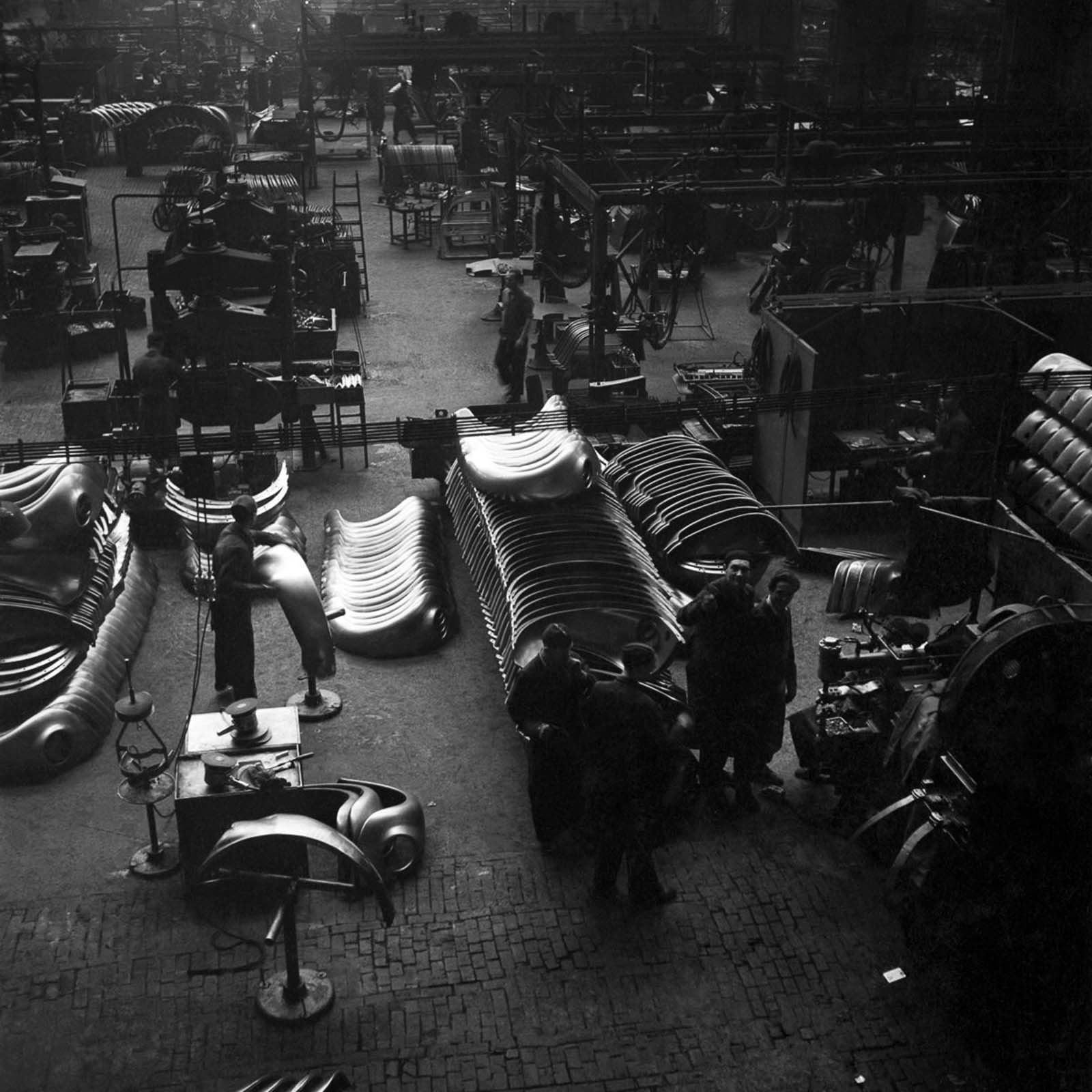 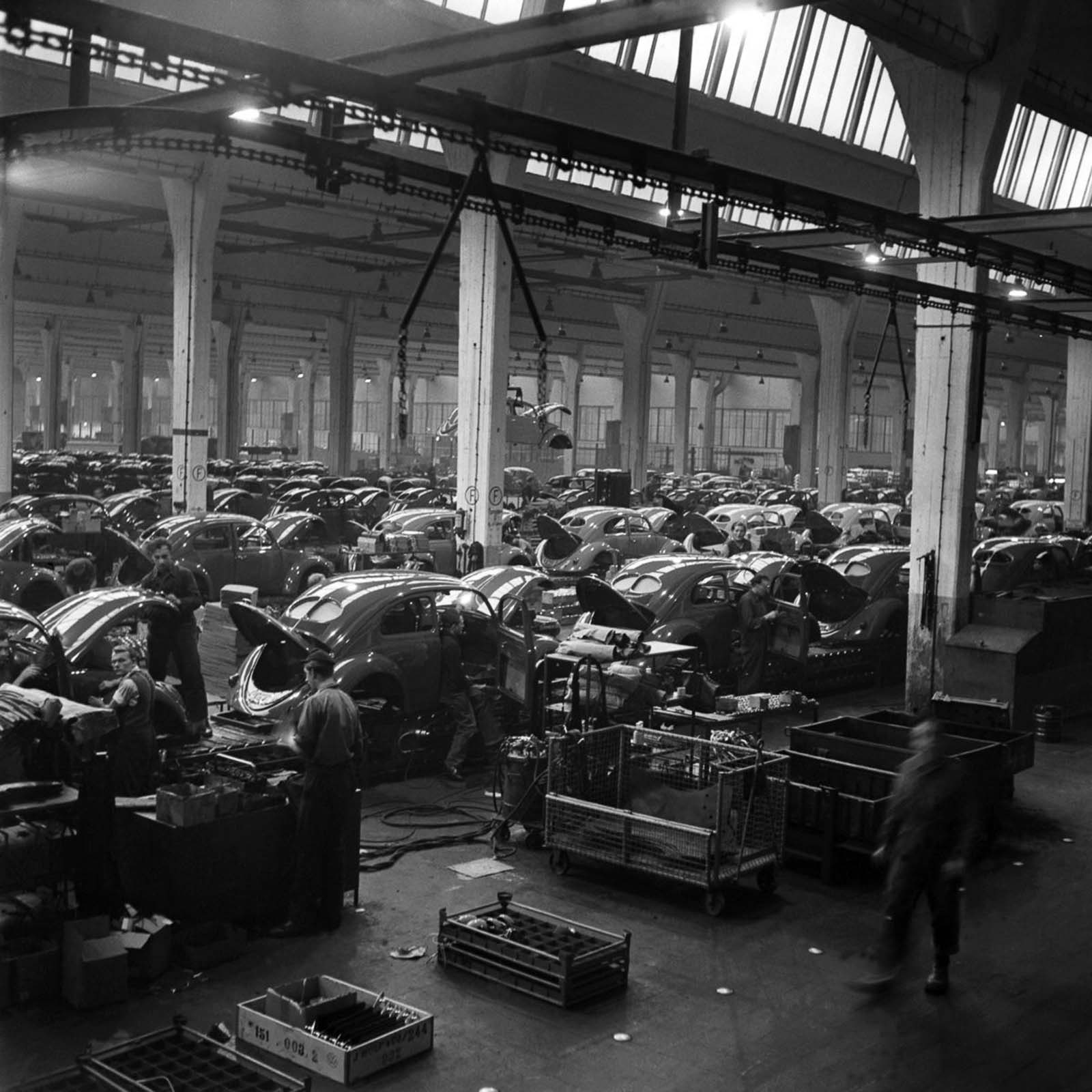 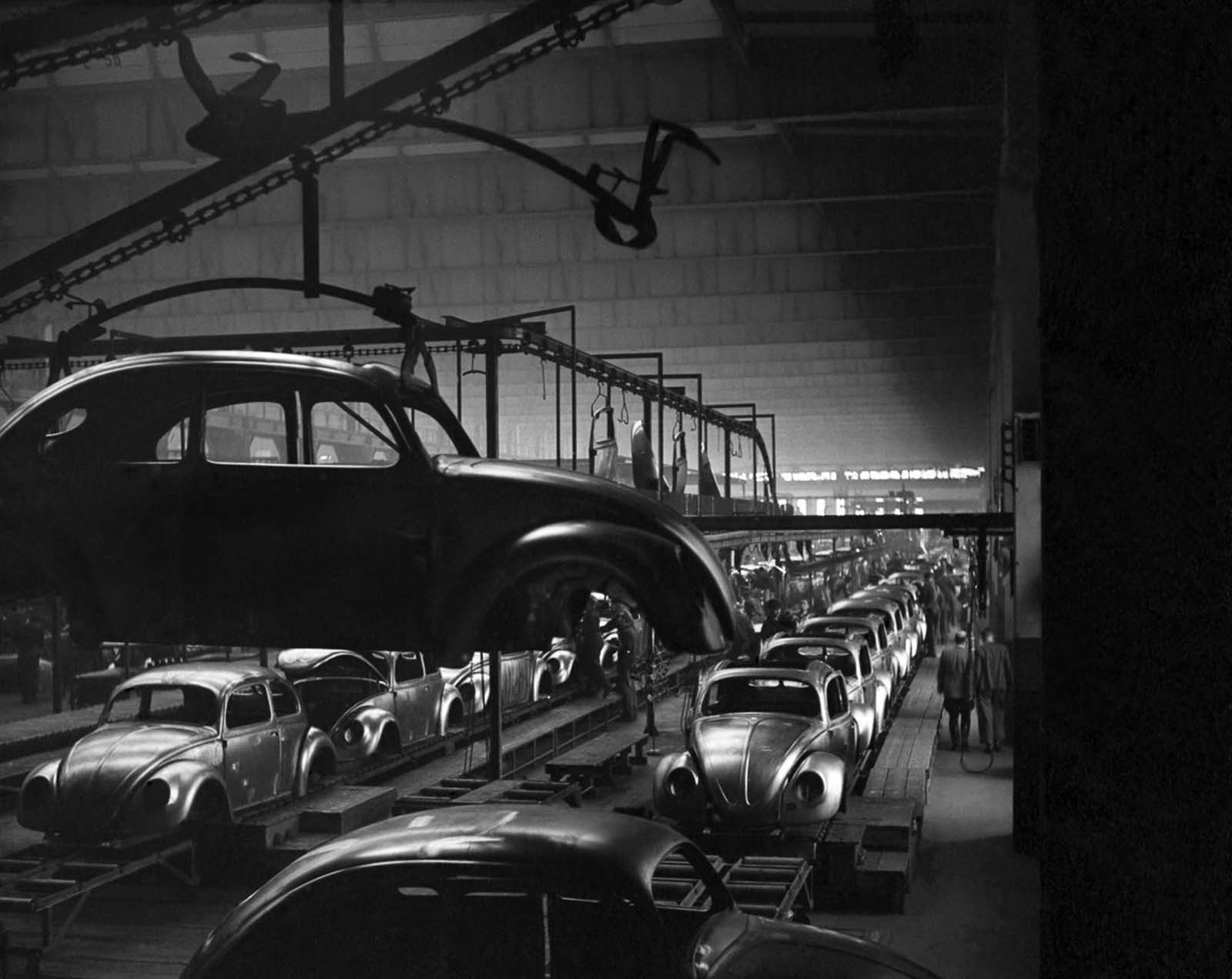 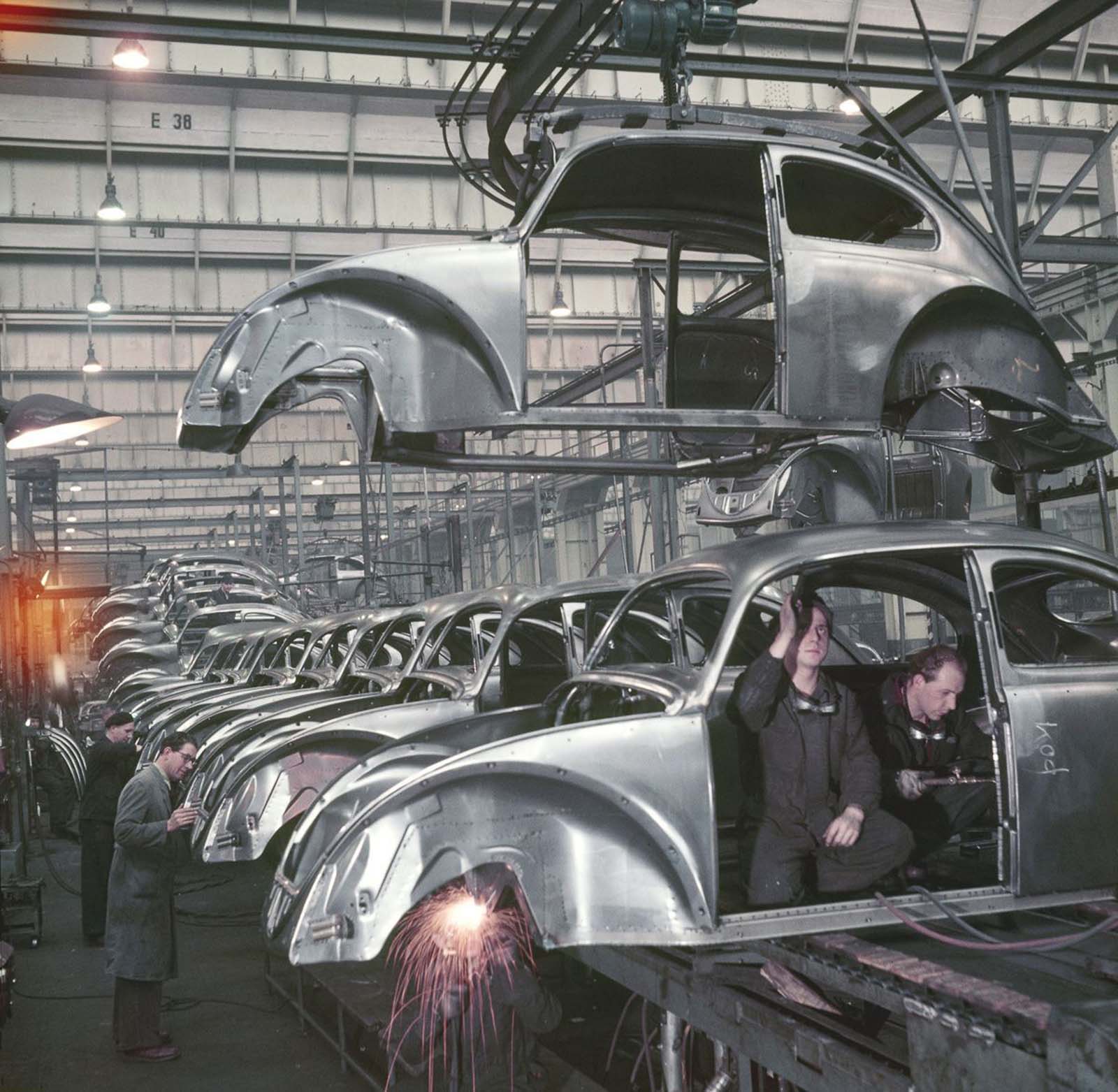 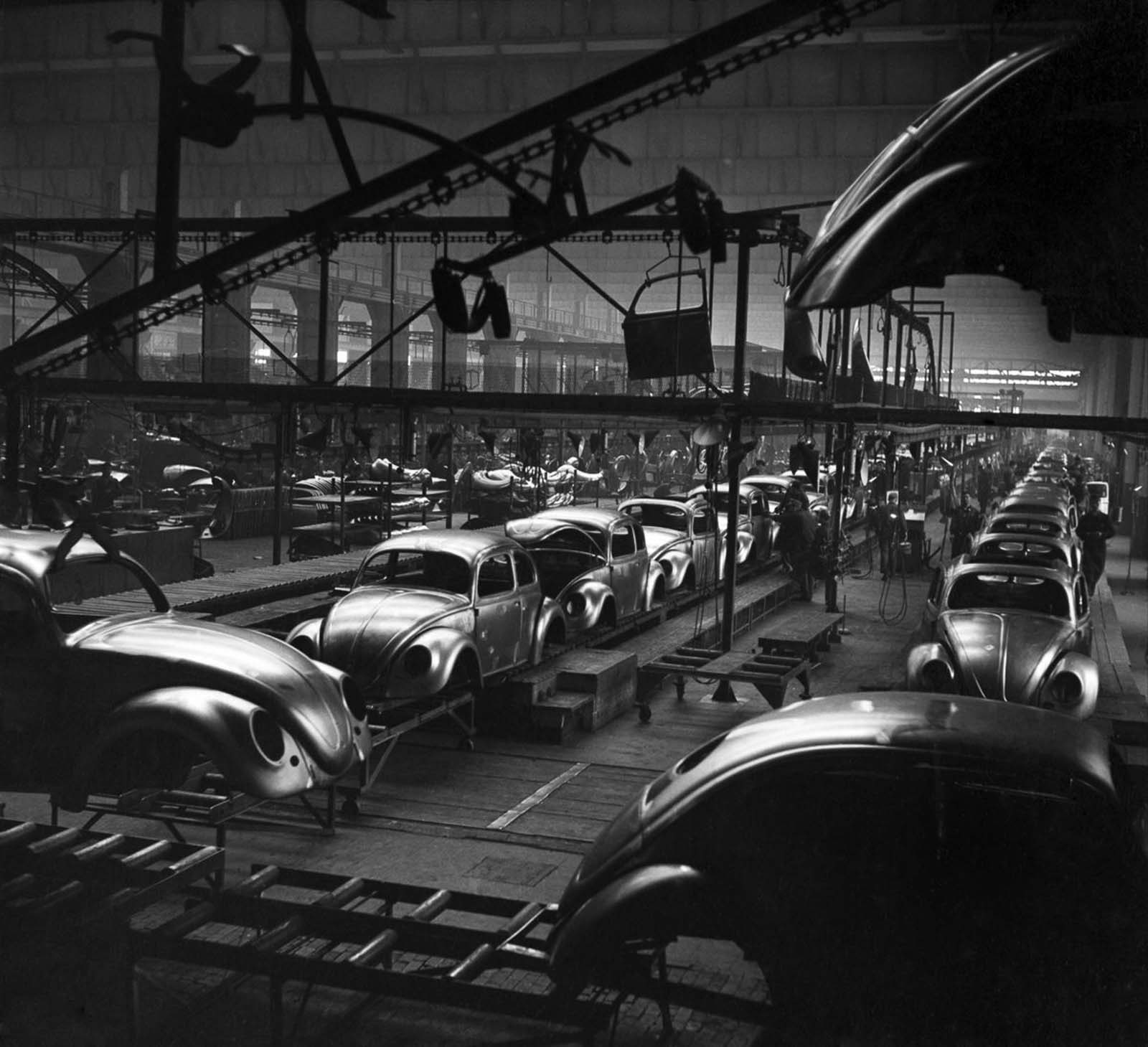 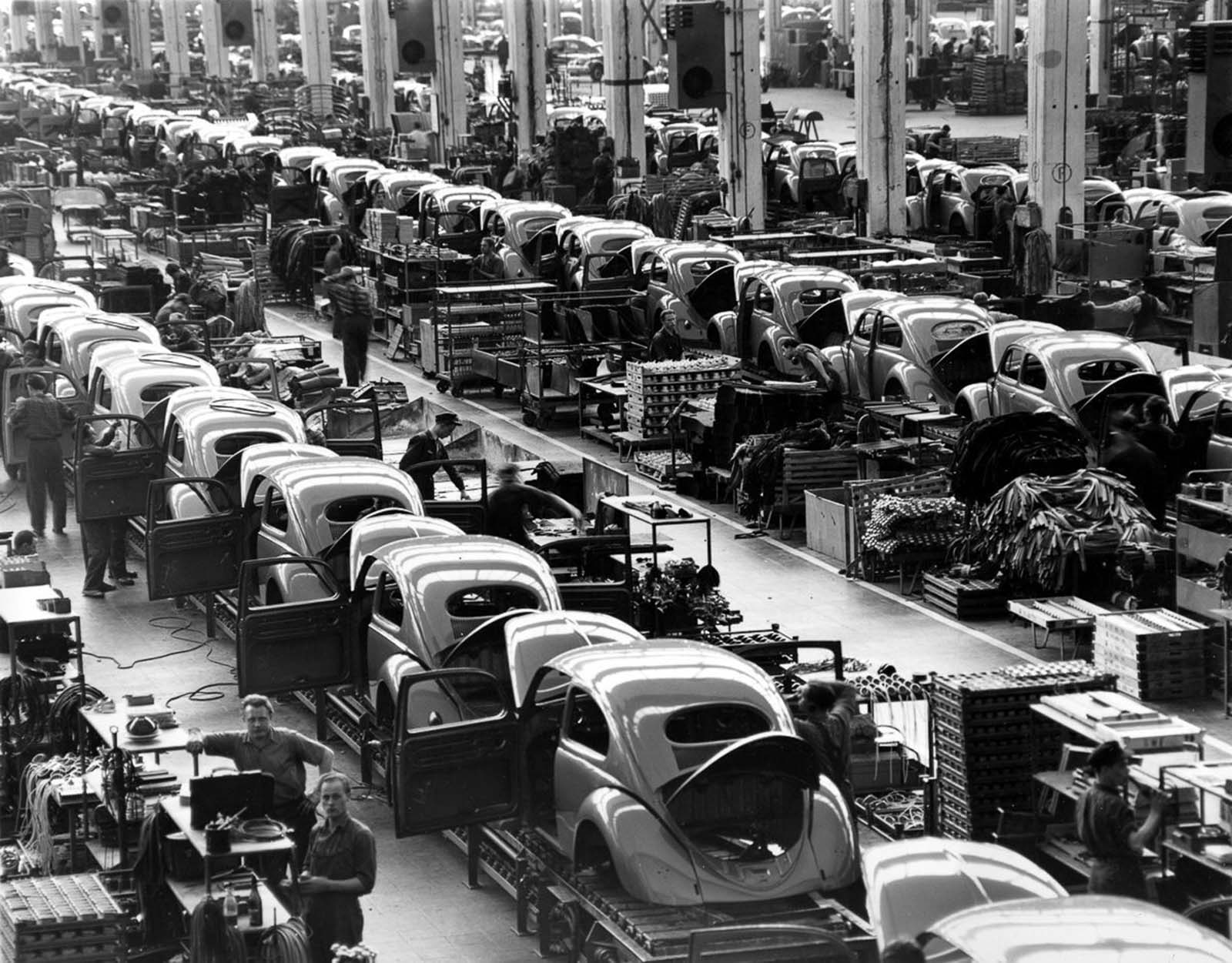 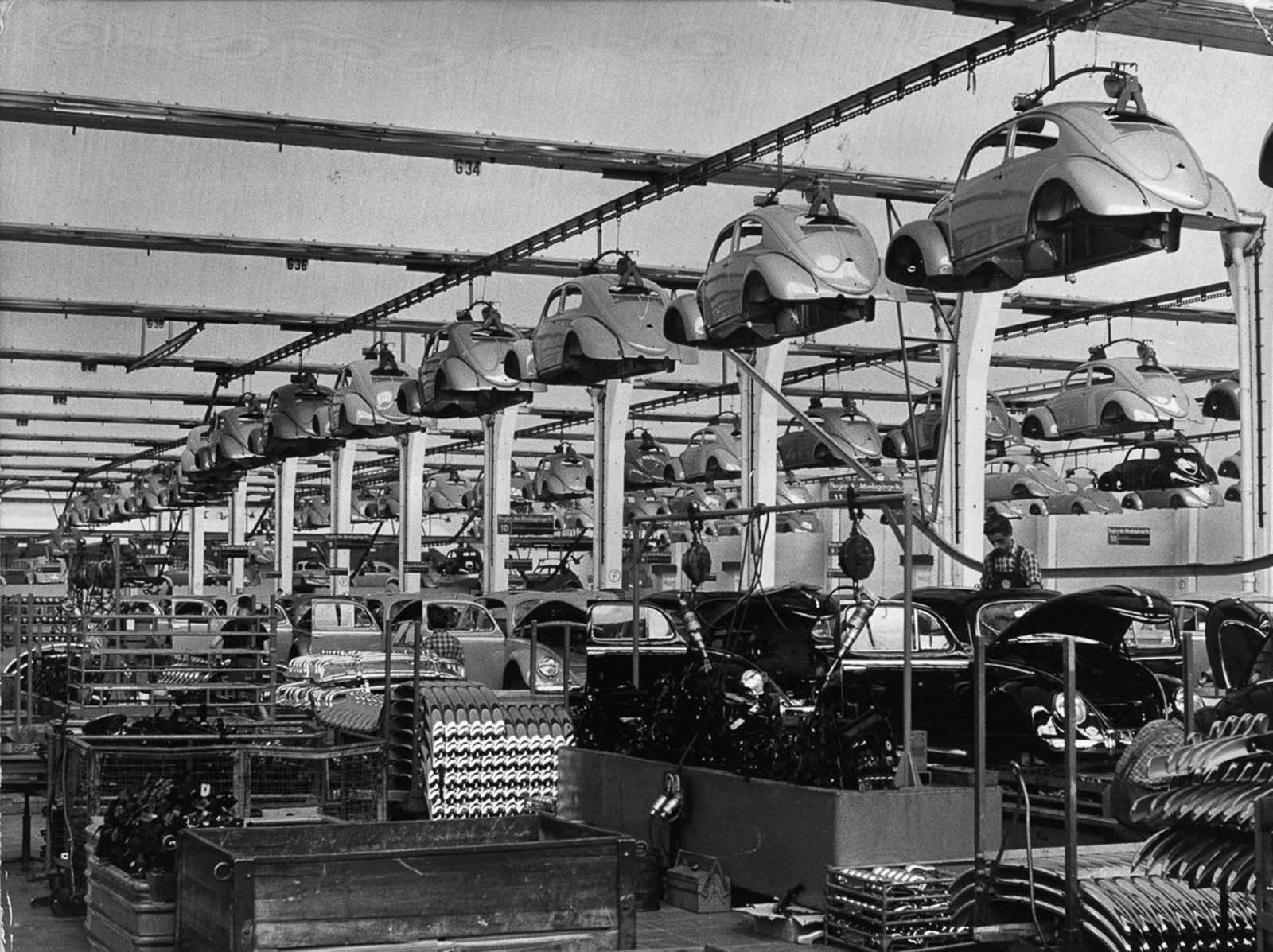 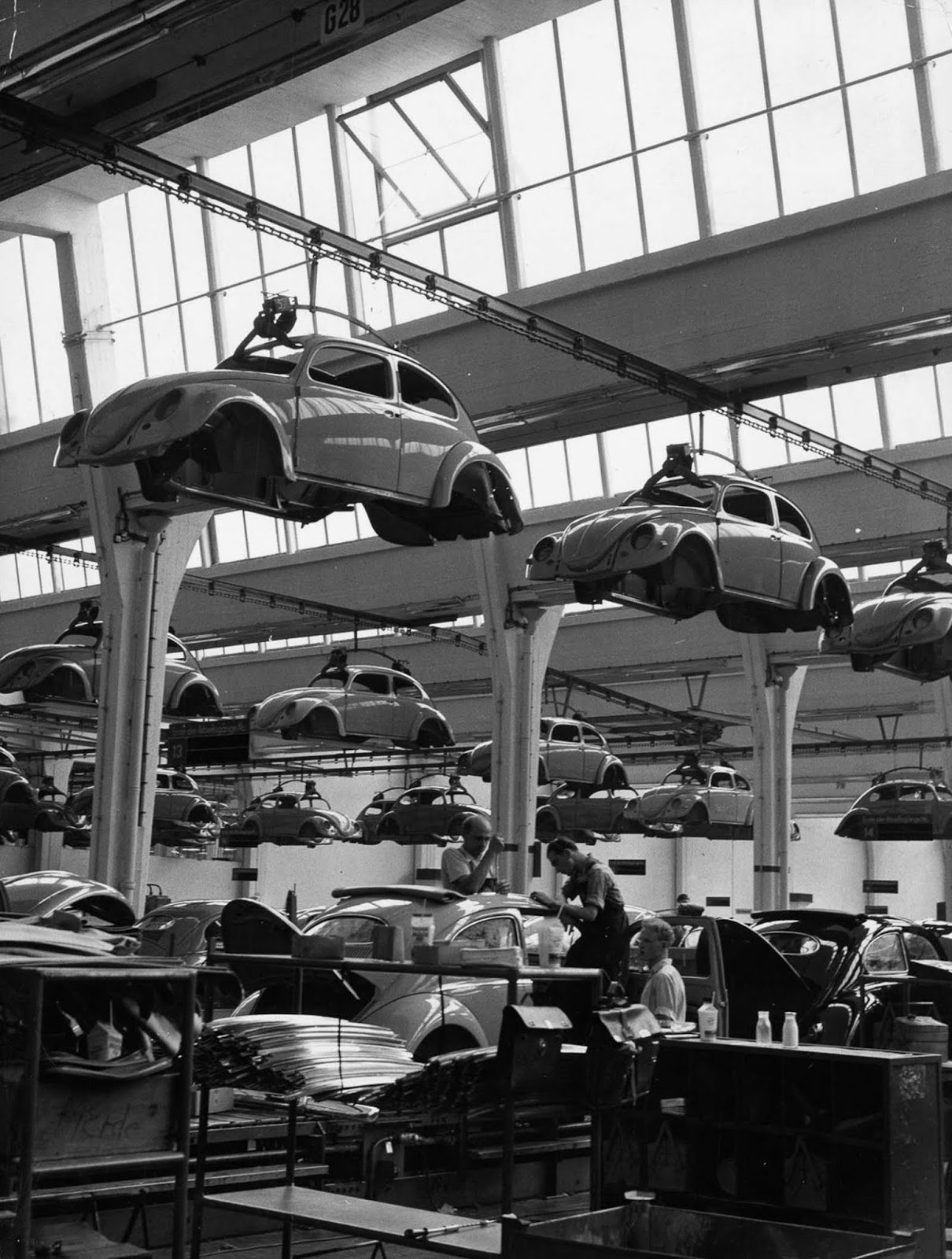 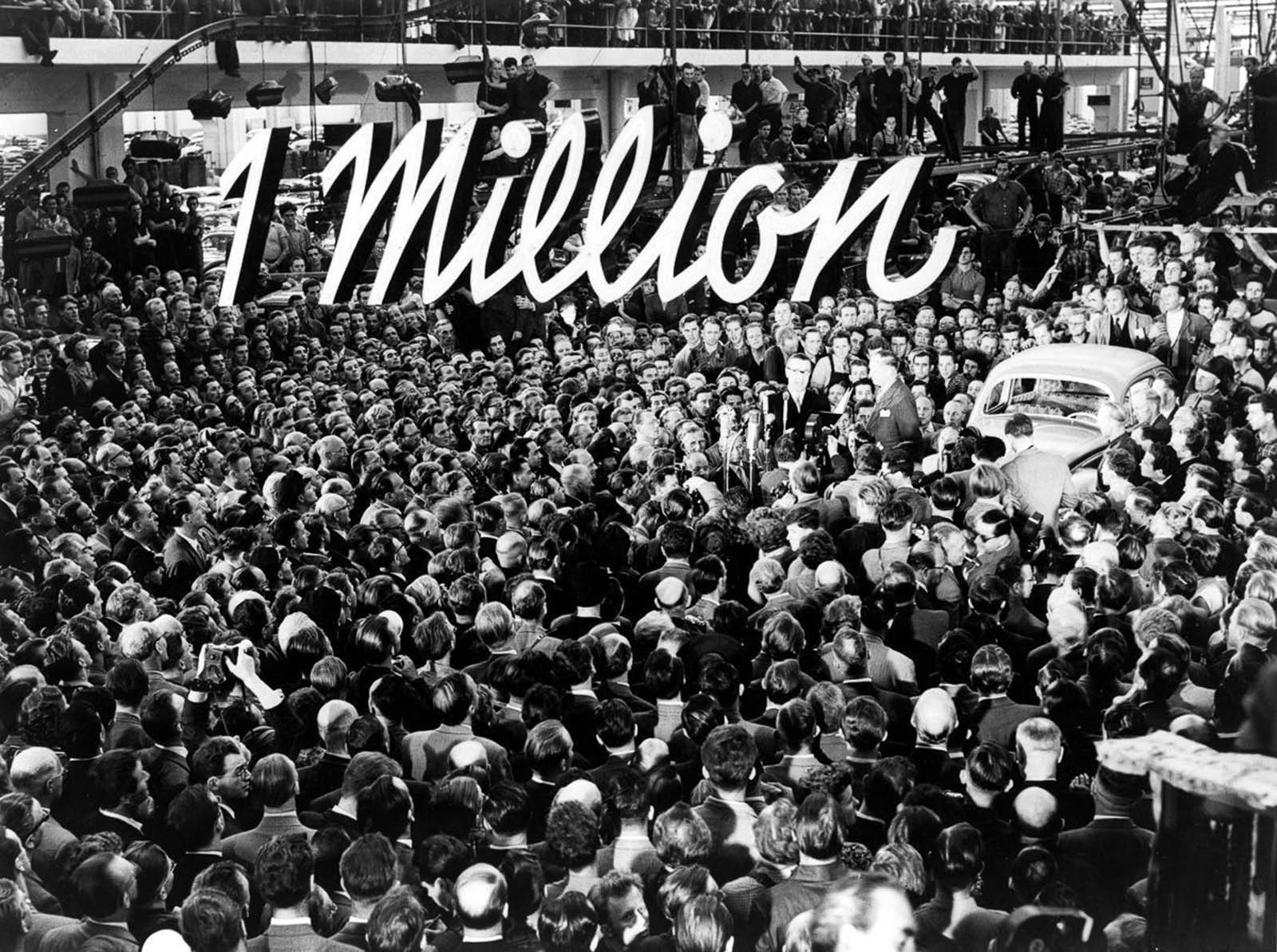 Volkswagen celebrates the production of the company’s millionth Beetle. 1955. 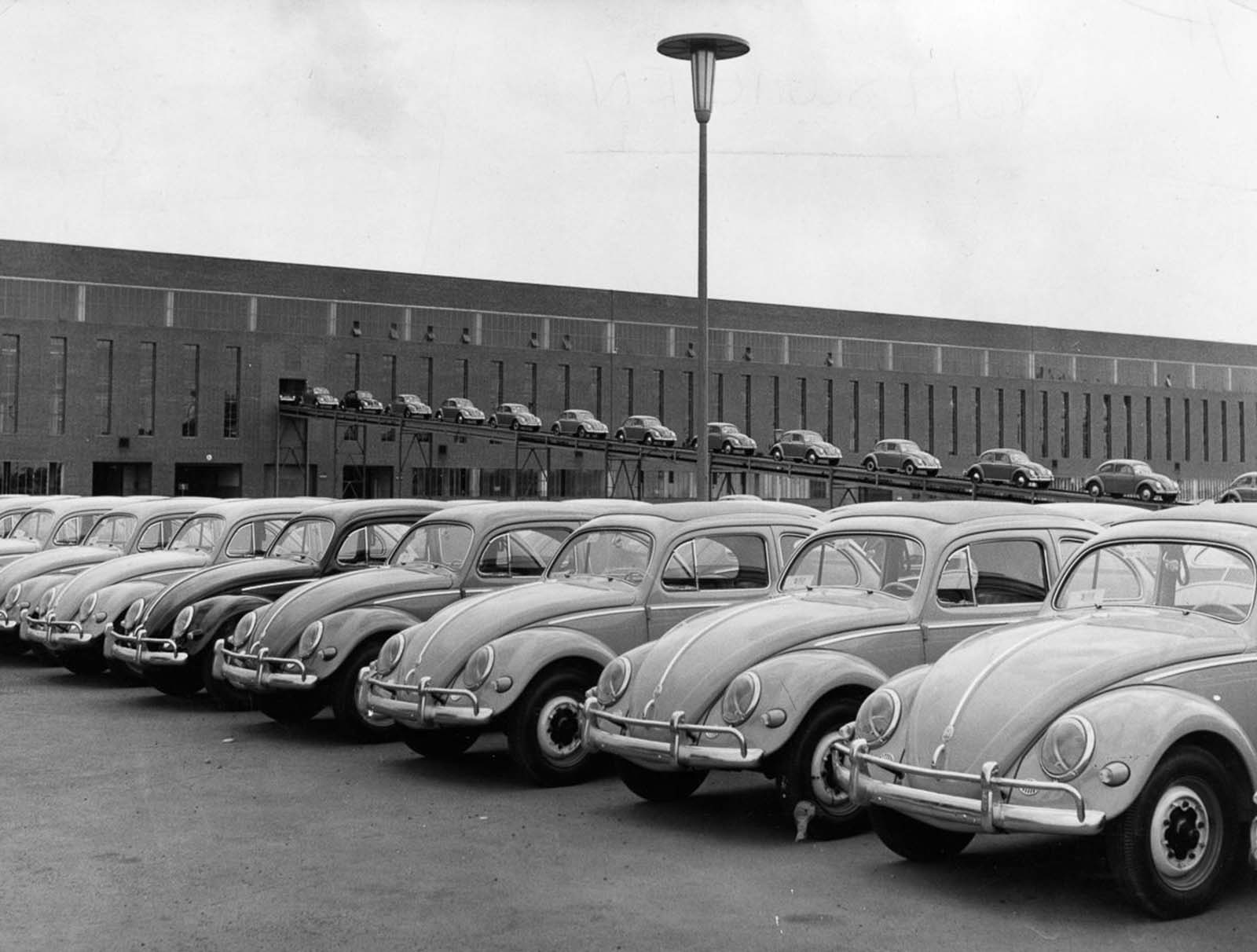 New Beetles coming out of the factory. 1956. 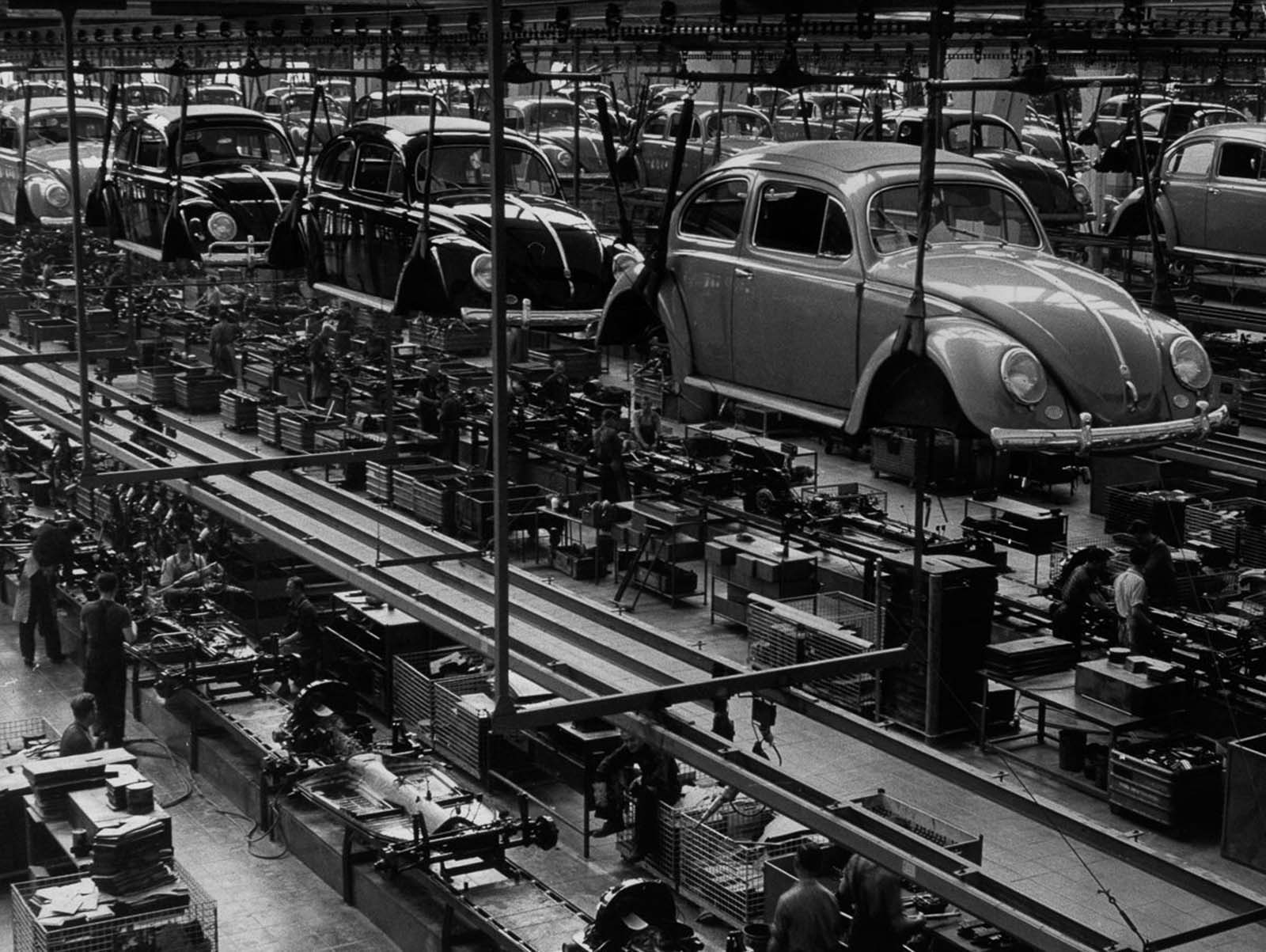 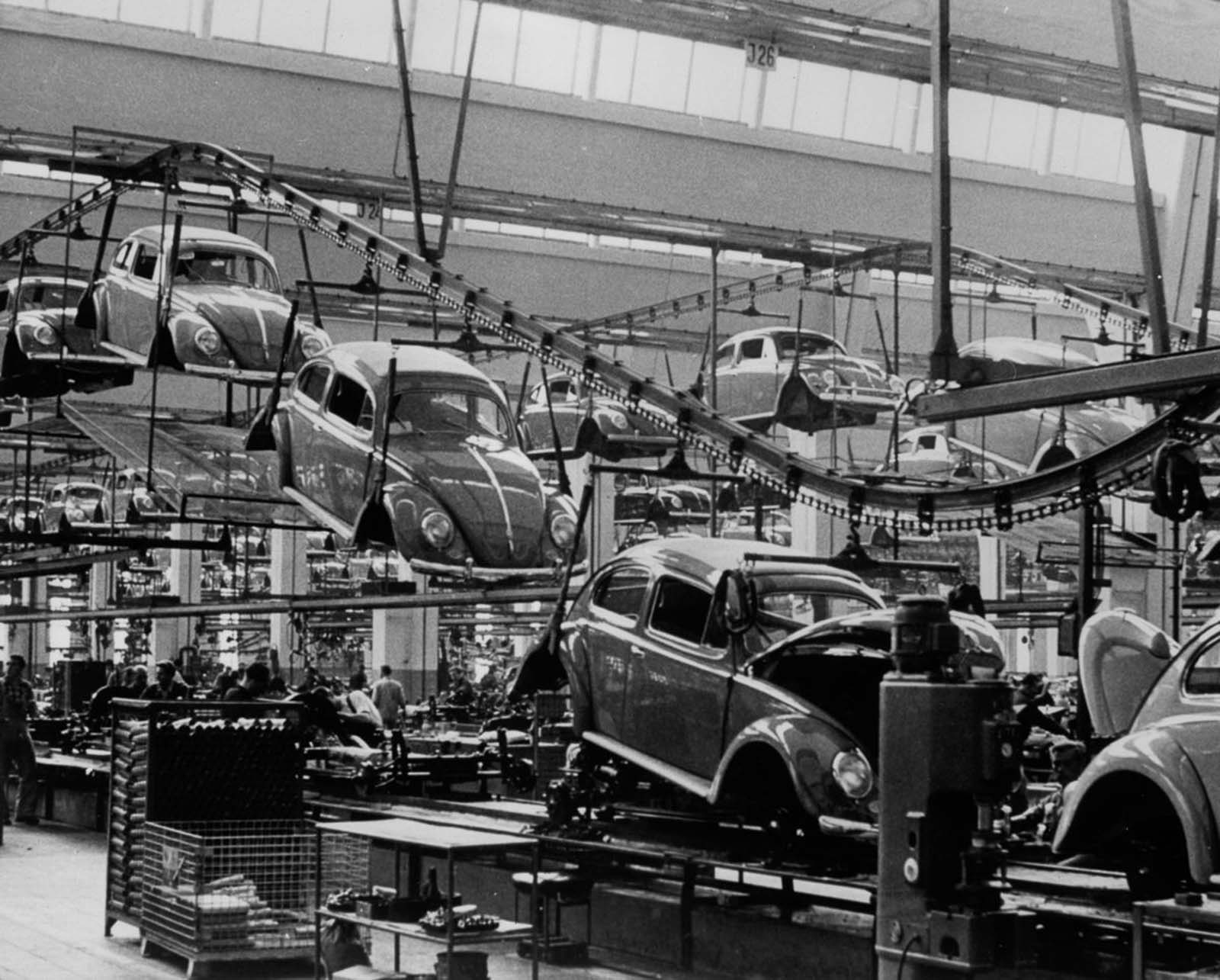 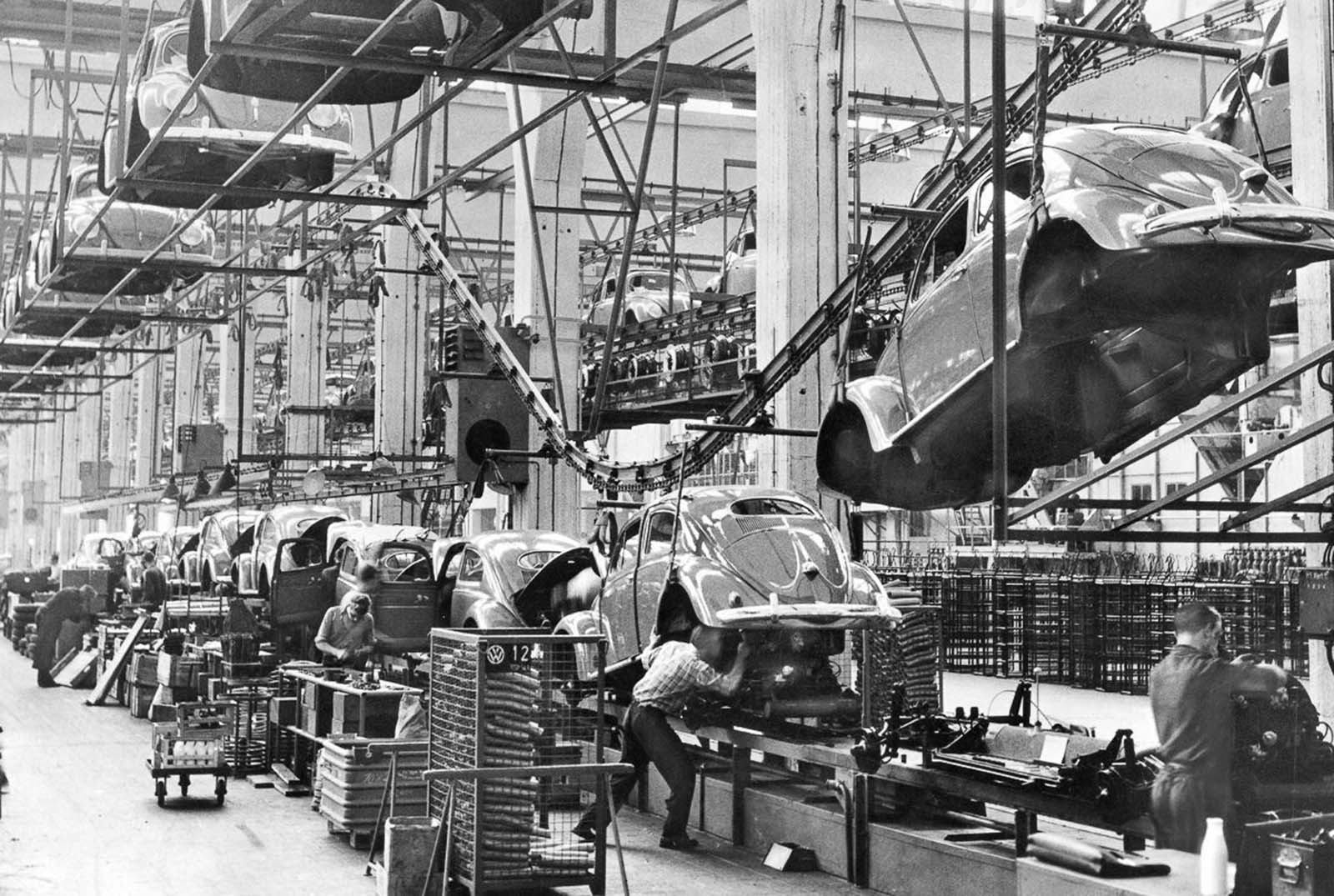 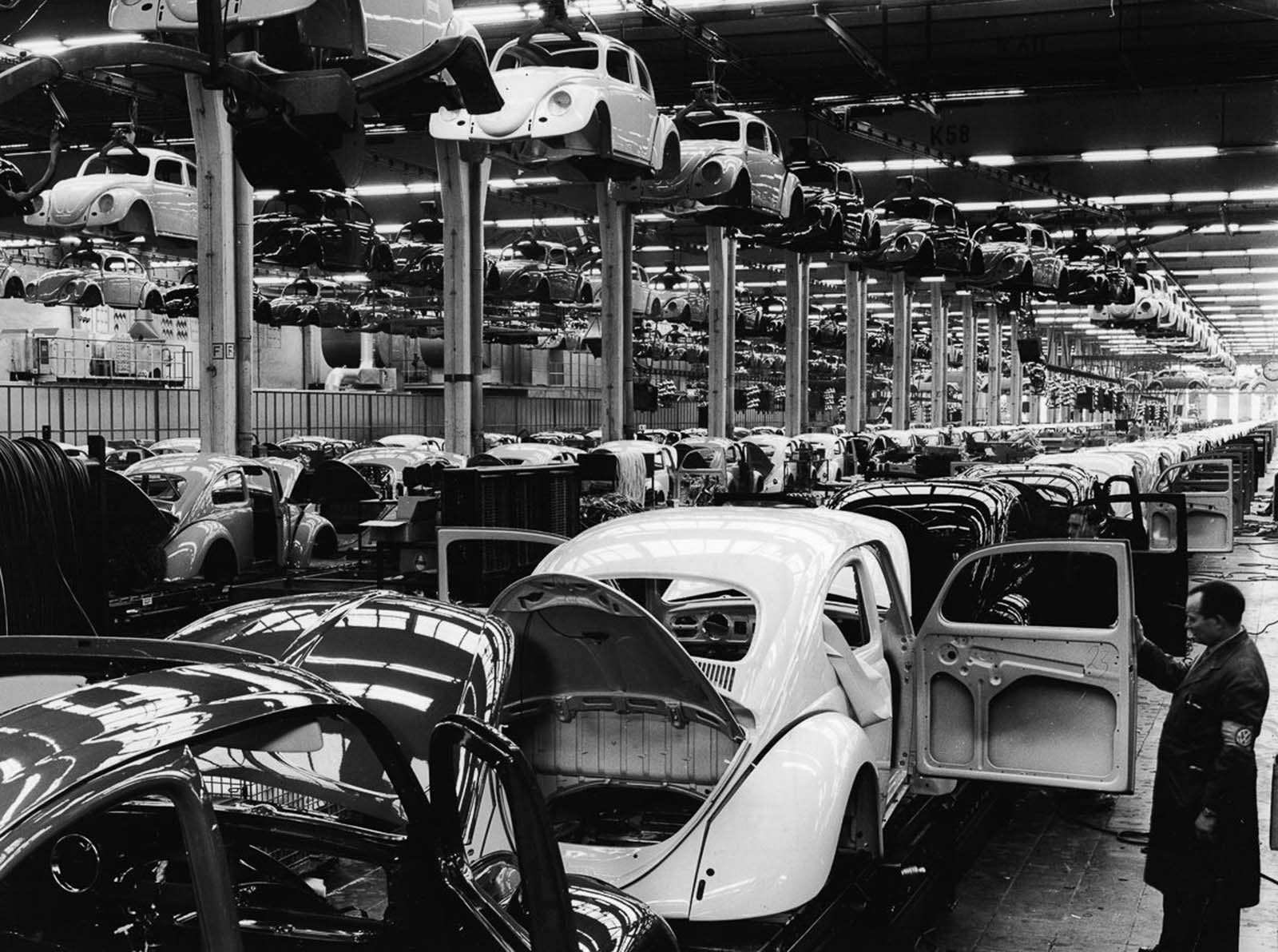 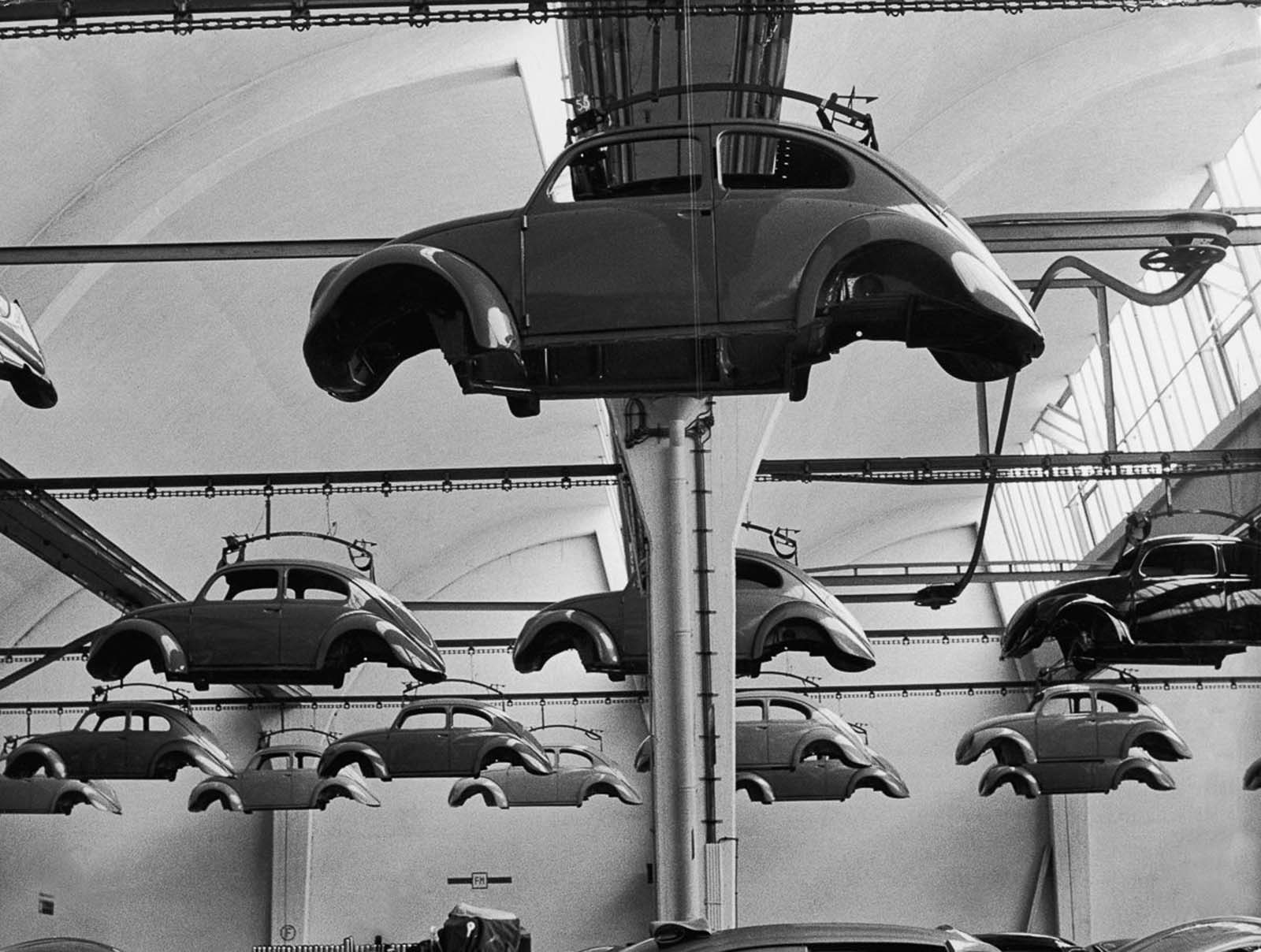 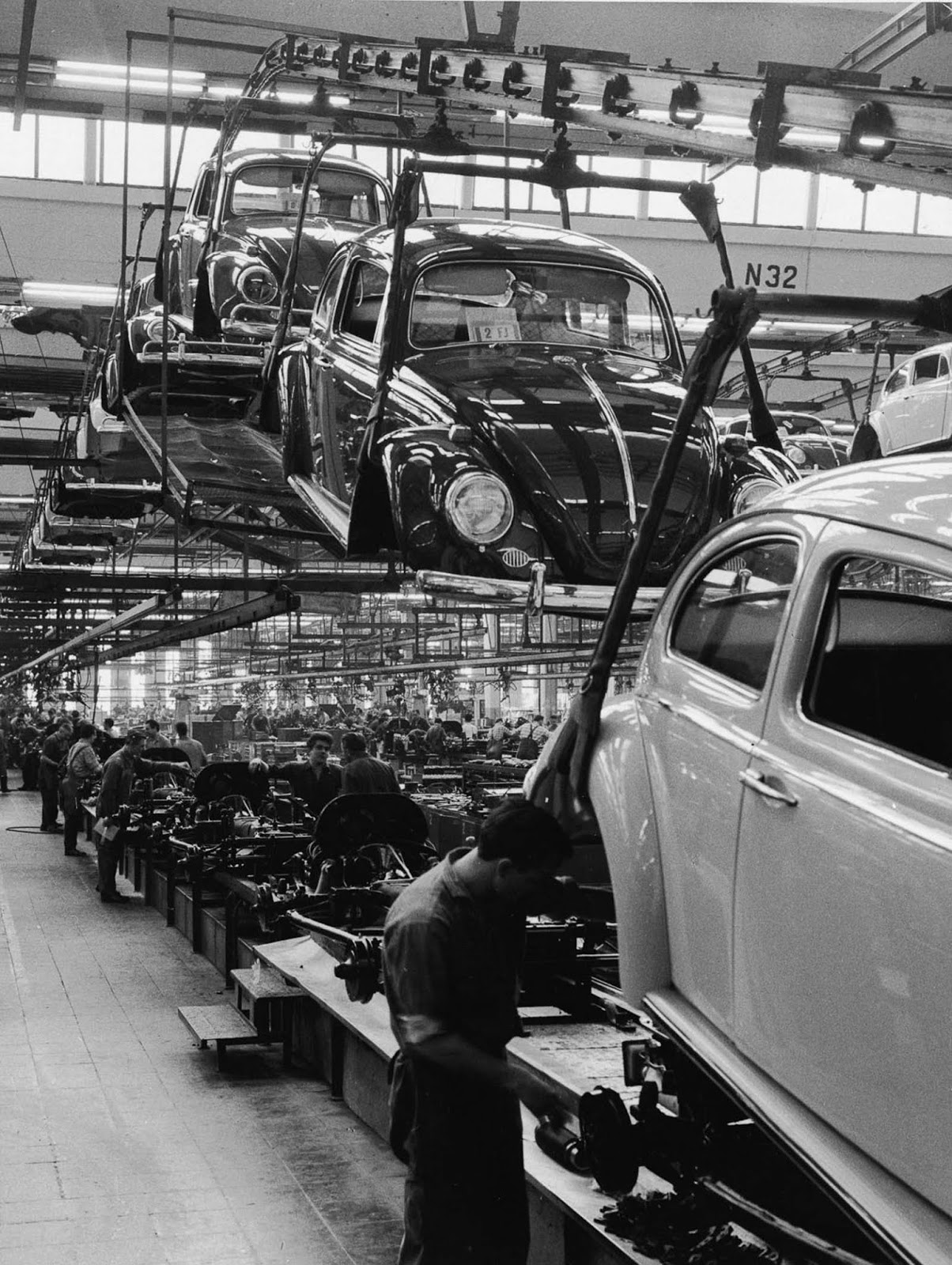