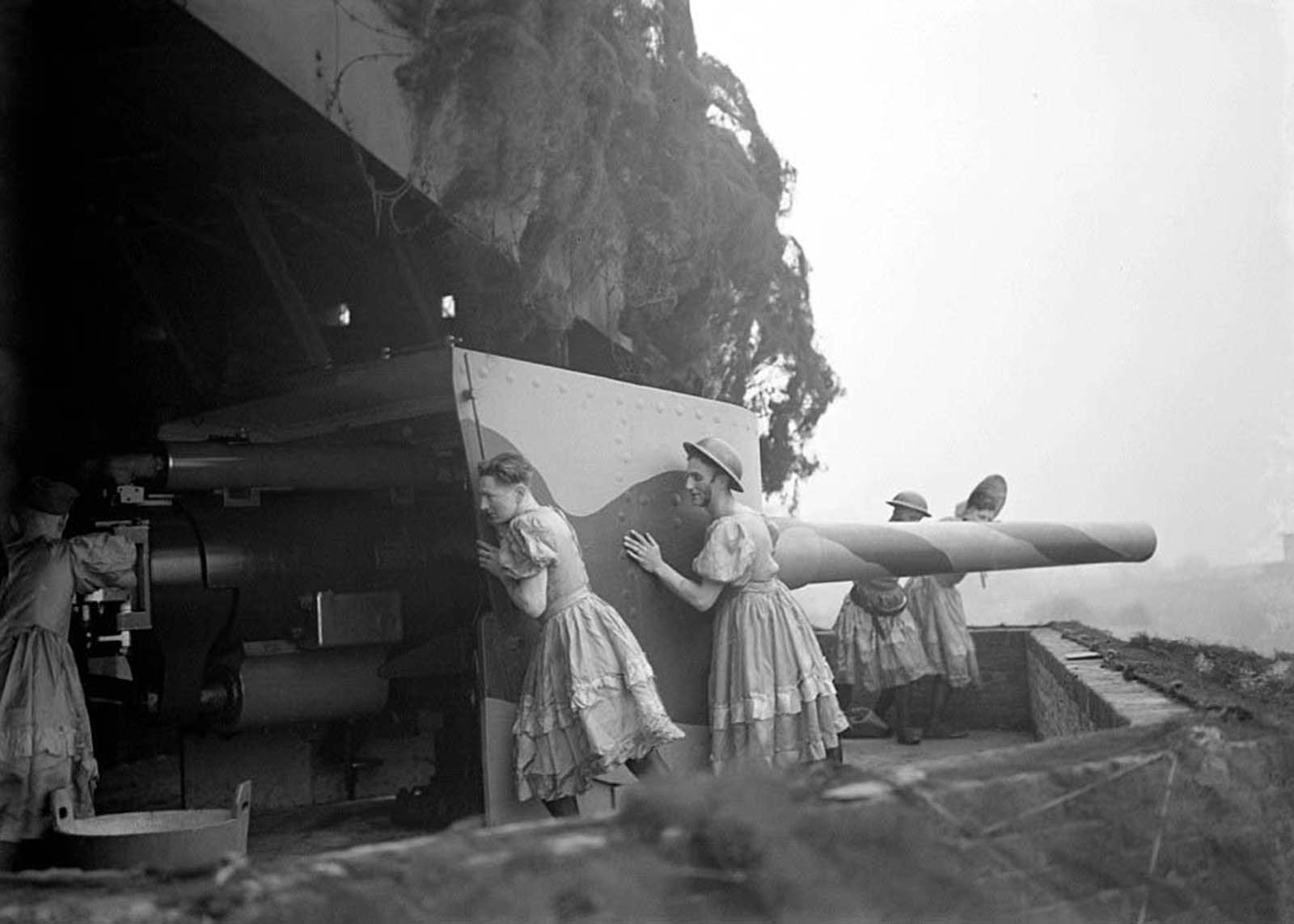 These photographs were taken in 1940 by John Topham while he was visiting the base of the Royal Artillery Coastal Defence Battery at Shornemead Fort, near Gravesend, in Kent.

The intention had been to photograph the British troops rehearsing in drag for their Christmas charity performance which also was another way to keep themselves entertained.

Suddenly the troops were scrambled to deal with the approach of Luftwaffe bombers flying across the Channel to mount raids over southern England. With no time to change back into their uniforms, the men went to their battle stations still dressed head to toe in women’s clothing and wearing their helmets.

Other pictures show the men applying makeup to each other, running up steps as their dresses blow in the wind, and showing off their undergarments on stage. One soldier, in one of the pictures, can be seen wearing a bullet belt over his skirt. 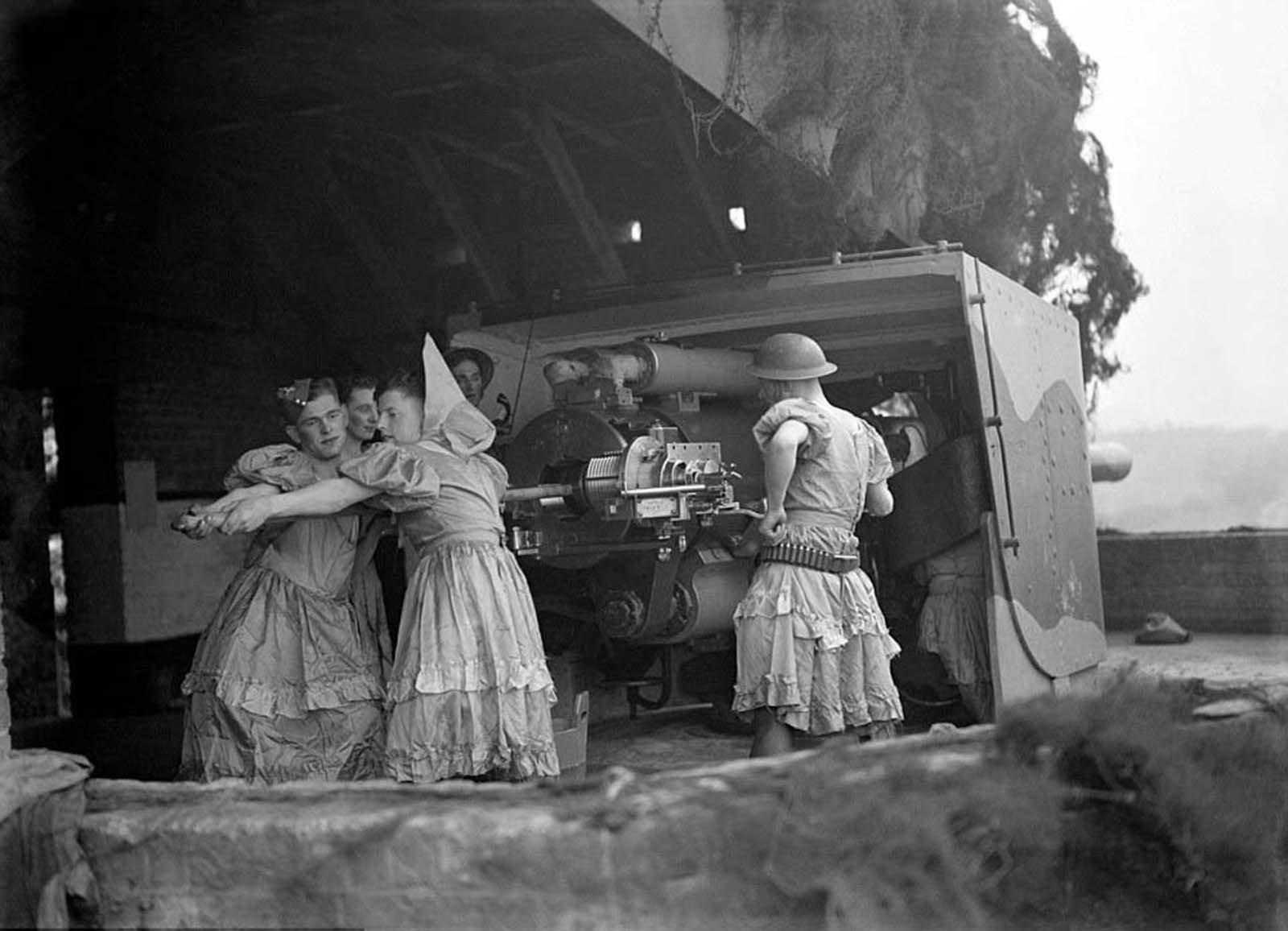 With no time to change back into their uniforms, soldiers had no choice but to return to their battle stations in drag.

Drag shows and pantomimes were popular in the army as a way to relieve stress by letting the soldiers enjoy themselves in their downtime.

The wartime government banned these images because it could undermine morale by giving the impression that British soldiers were not quite as manly as the public might want.

So alarmed were officials at the Ministry of Information that they promptly banned the images from being published. They feared that the Nazi propaganda machine would use the photographs of British soldiers in drag firing anti-aircraft guns to ridicule the Allies.

Nevertheless, other images from Topham’s visit to Shornemead Fort (that didn’t depict military action) were used in papers including The Sketch and The War Illustrated.

One was of the unit wearing their dresses running up a grass embankment, in response to the air raid sirens. Another showed the men performing on stage in bonnets, dresses, and black stockings. 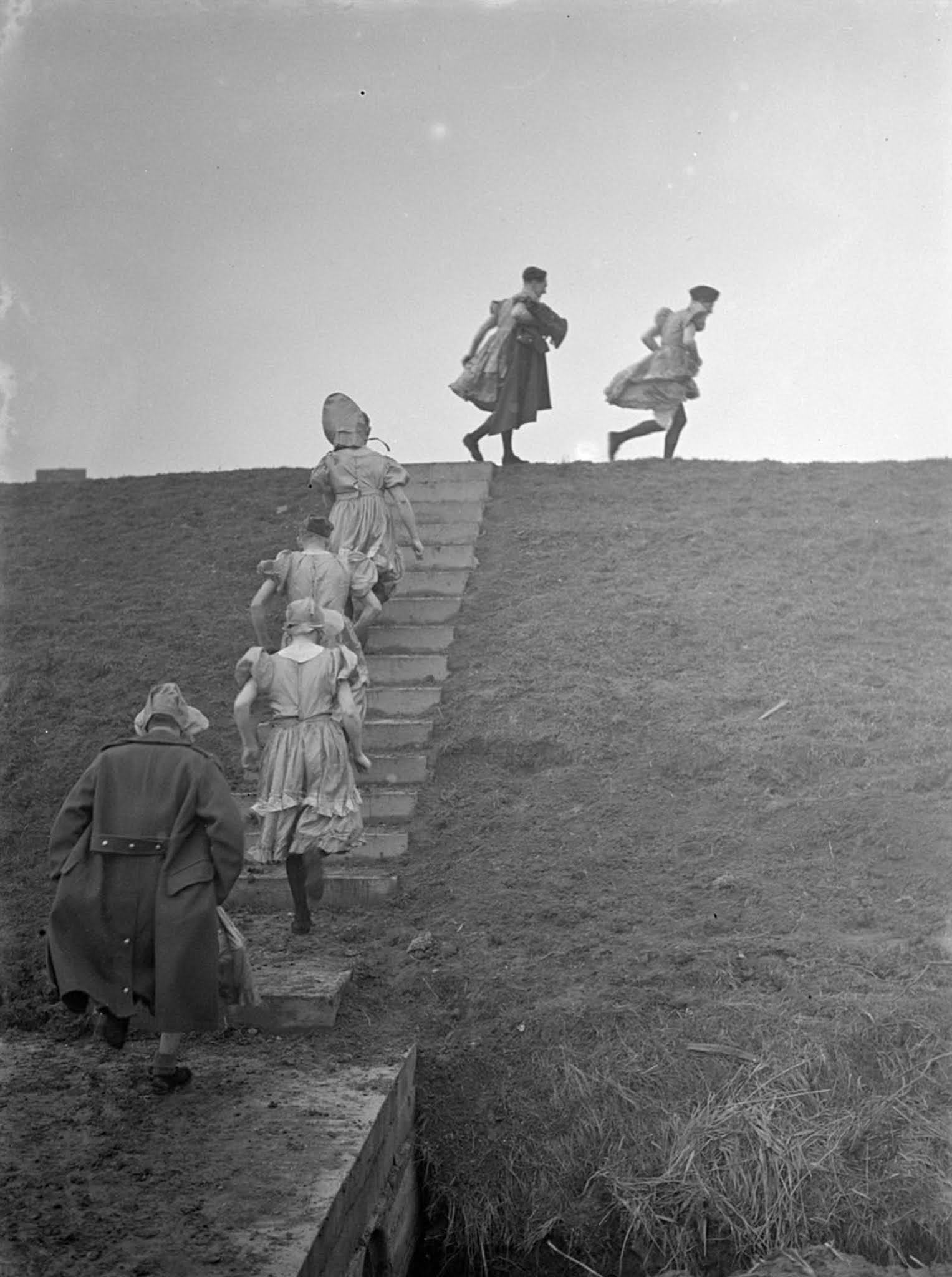 The unit wearing their dresses are seen running up a grass embankment, in response to the air raid sirens. 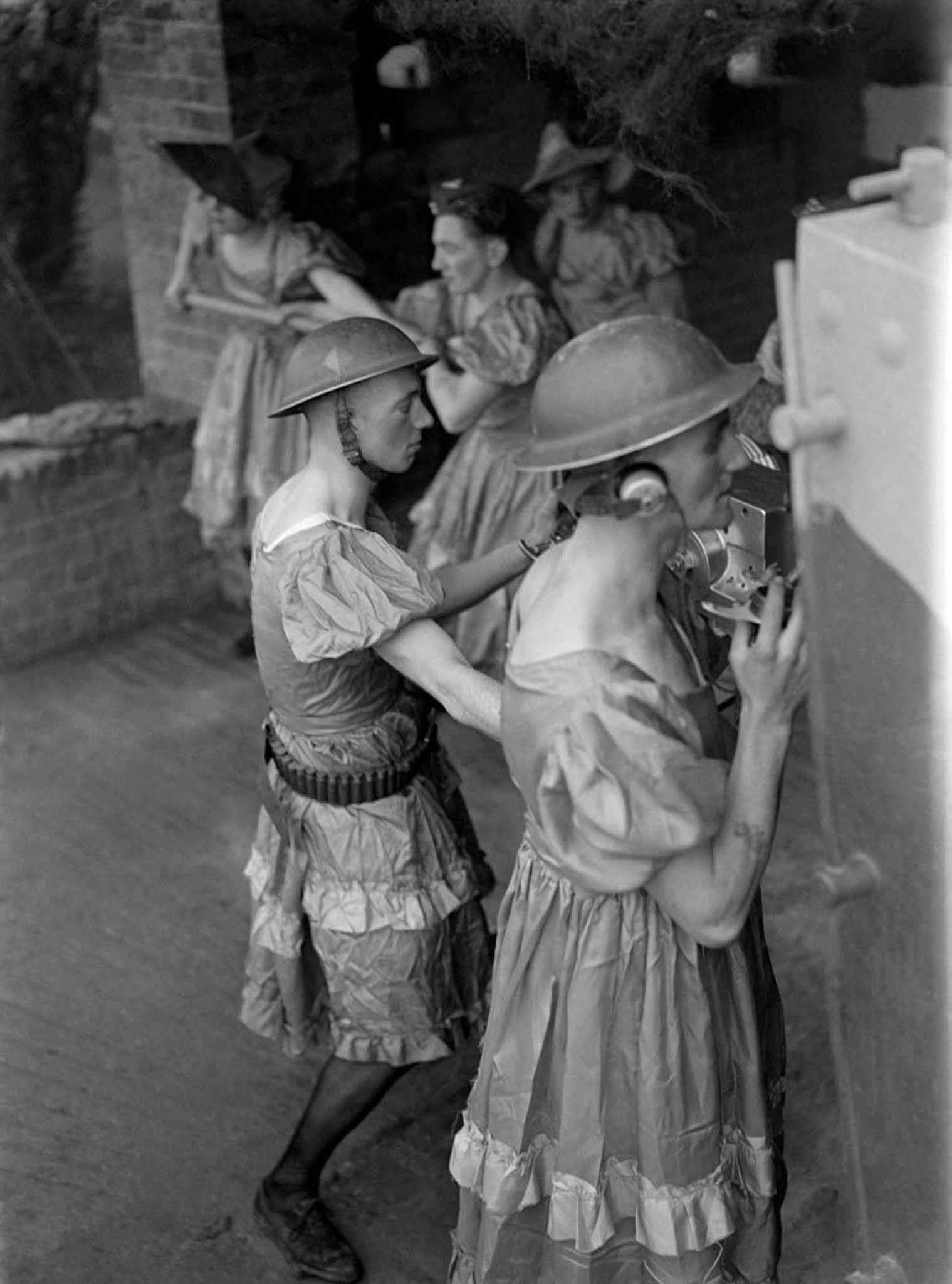 The wartime government banned the pictures so as not to damage the image of the British soldier. 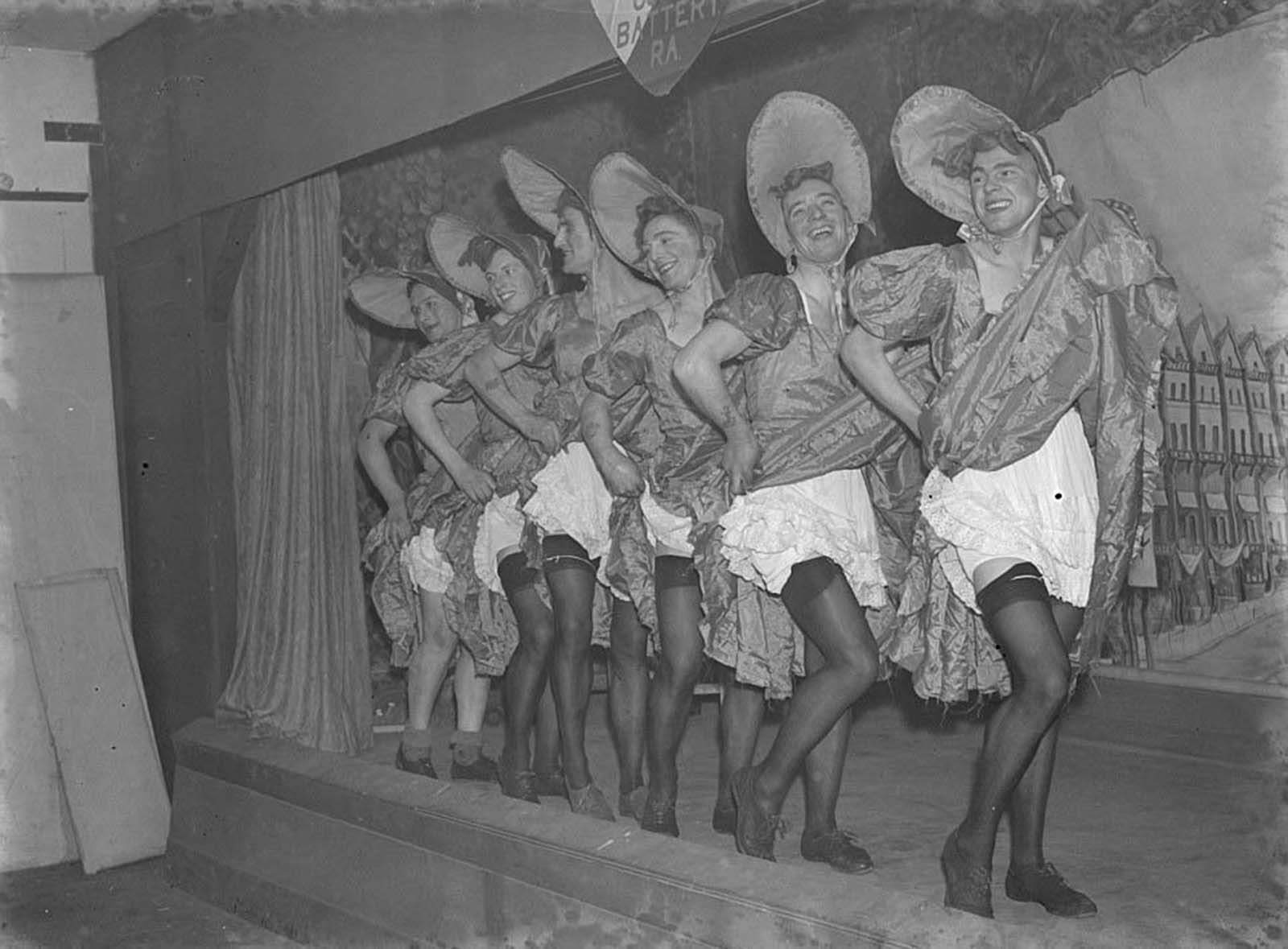 British soldiers are seen performing on stage in full drag. 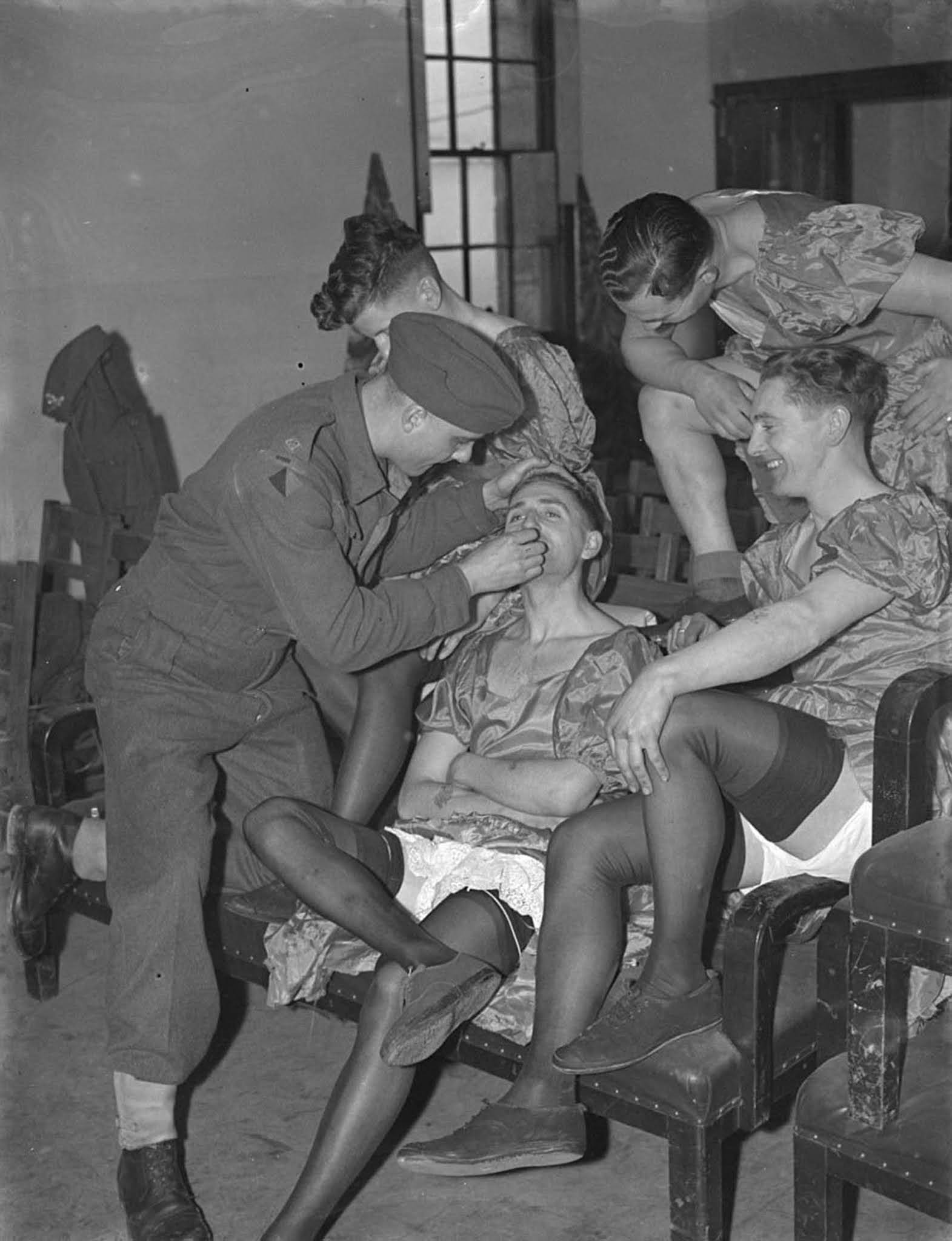 British soldiers were seen performing on stage in bonnets, dresses, and black stockings. 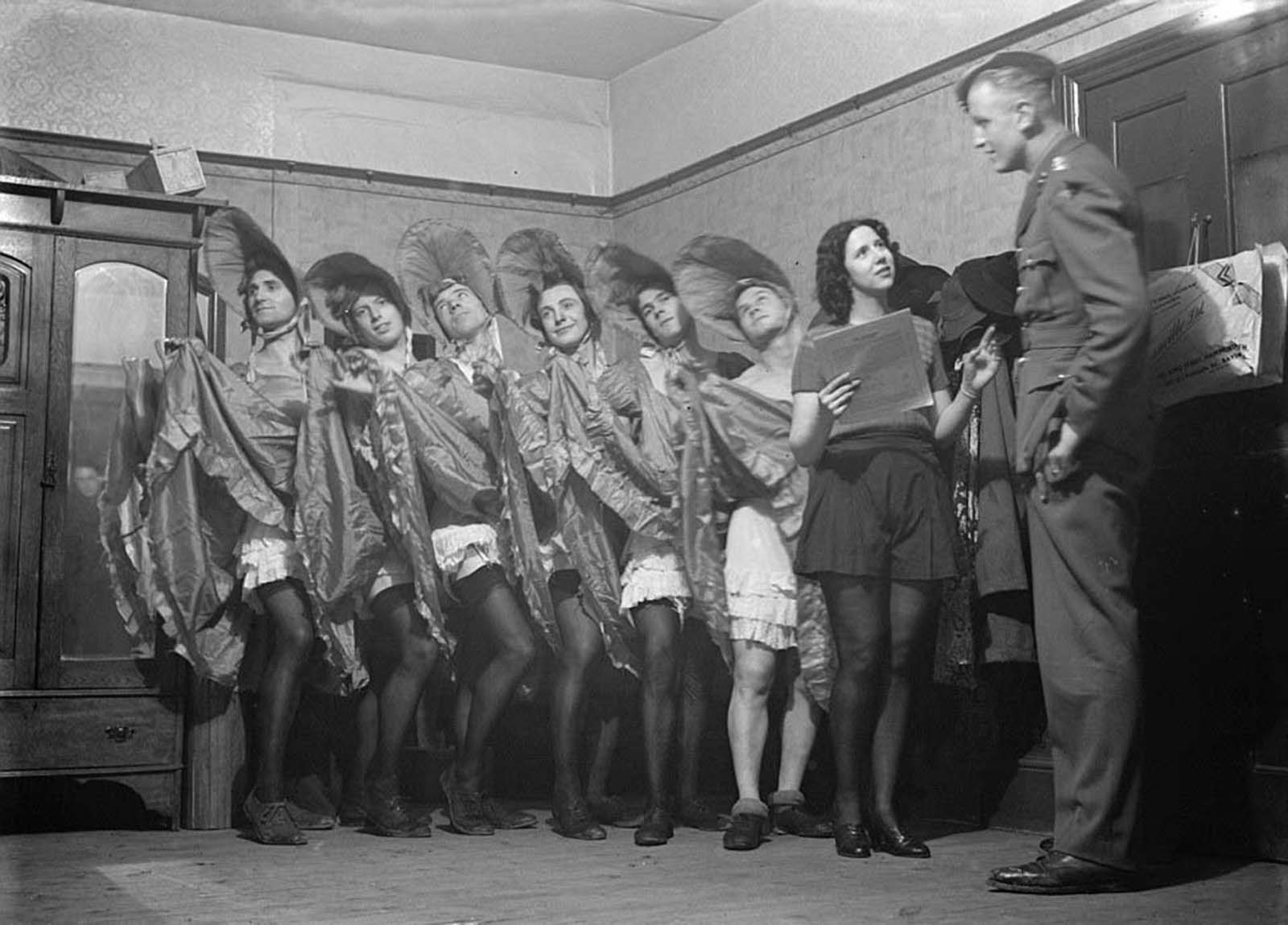 The images were taken by photographer John Topham while working in RAF intelligence.