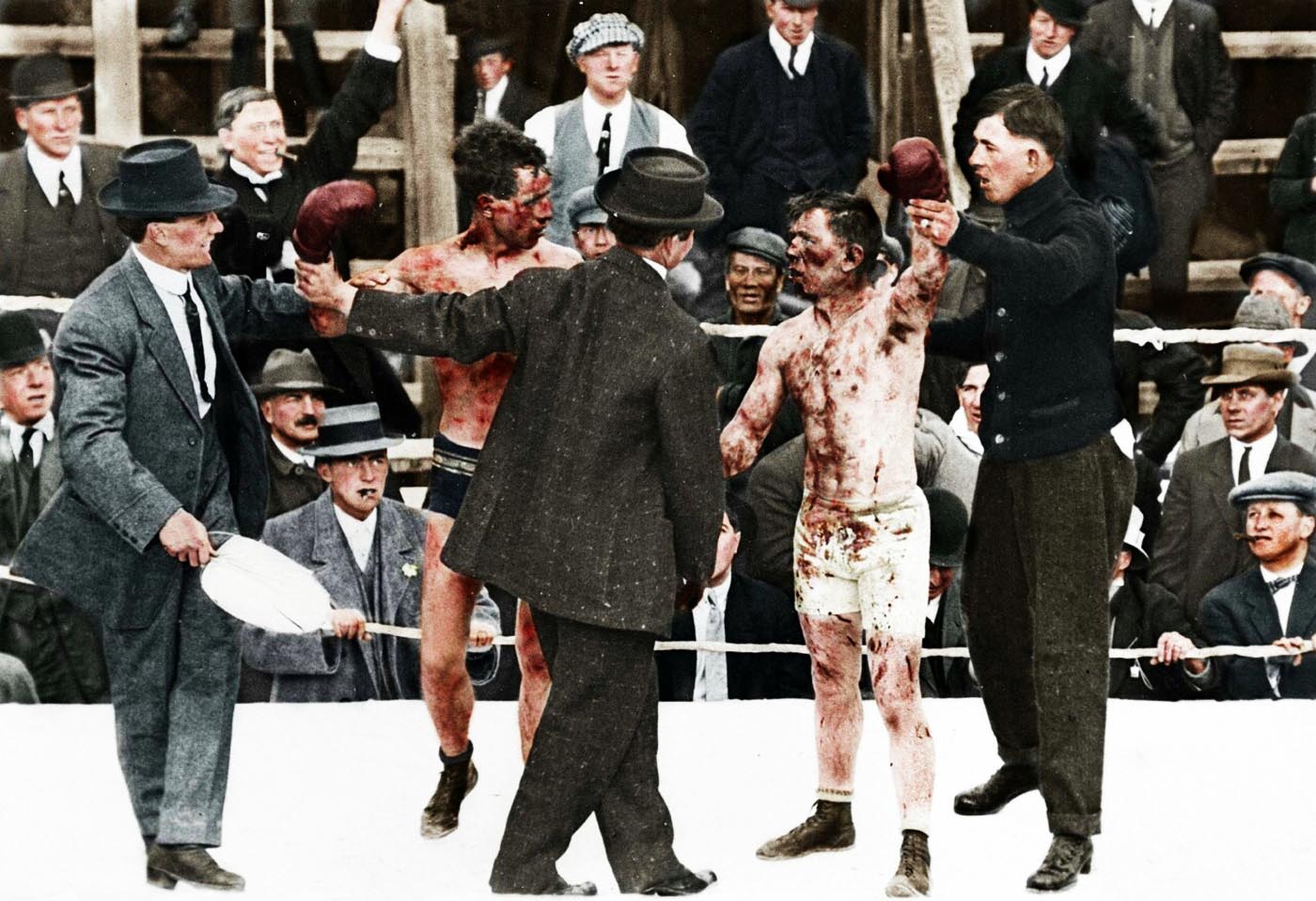 Ray Campbell vs Dick Hyland (1913). Ray Campbell is listed as the official winner of this fight. It appears that Campbell is the fighter on the left and Hyland is on the right.

This picture shows the end of a brutal boxing match between Ray Campbell and Dick Hyland. Take a look at the condition of the two fighters, battered, bloodied, bruised, and staring down at each other at the end of the fight.

Boxing in those days was very different. There were no mandatory eight counts. There was no neutral corner. If your opponent knocked you down, the second you get off your knees, you’re getting punched by a guy who’s been loading up his power shot for seconds (an eternity in the ring).

The report from the newspaper “The Call” of San Francisco: Ray Campbell, formerly of San Francisco, and a boxer who has established quite a reputation over the short distance route in the northwest during the last few months, came to the front in leaps and bounds today at Steveston, when he cleverly and clearly outpointed the famous “Fighting Dick” Hyland, a former world’s title aspirant in the lightweight ranks, in a 15 rounds bout, which proved to be one of the best ever witnessed around Vancouver. A left jab with a right cross that landed more often than it missed, won the bout for Campbell.

Boxing experienced a revival in Britain around the 17th century. Many bouts were fought with bare knuckles and with no standard rules. The modern boxing glove was invented in 1743, the brainchild of Englishman Jack Broughton.

But Broughton’s gloves, or mufflers as they were then known, were at the time only used for practice; Broughton used to instruct men in self-defense and he used his mufflers to “effectively secure pupils from the inconvenience of black eyes, broken noses and bloody jaws”.

However, many boxers still chose to fight with bare knuckles until 1867 when gloves were mandated by the Marquess of Queensberry Rules. Mostly the gloves would be skintight rather than padded, and only weighing two ounces. Skintight gloves remained popular until the turn of the century. 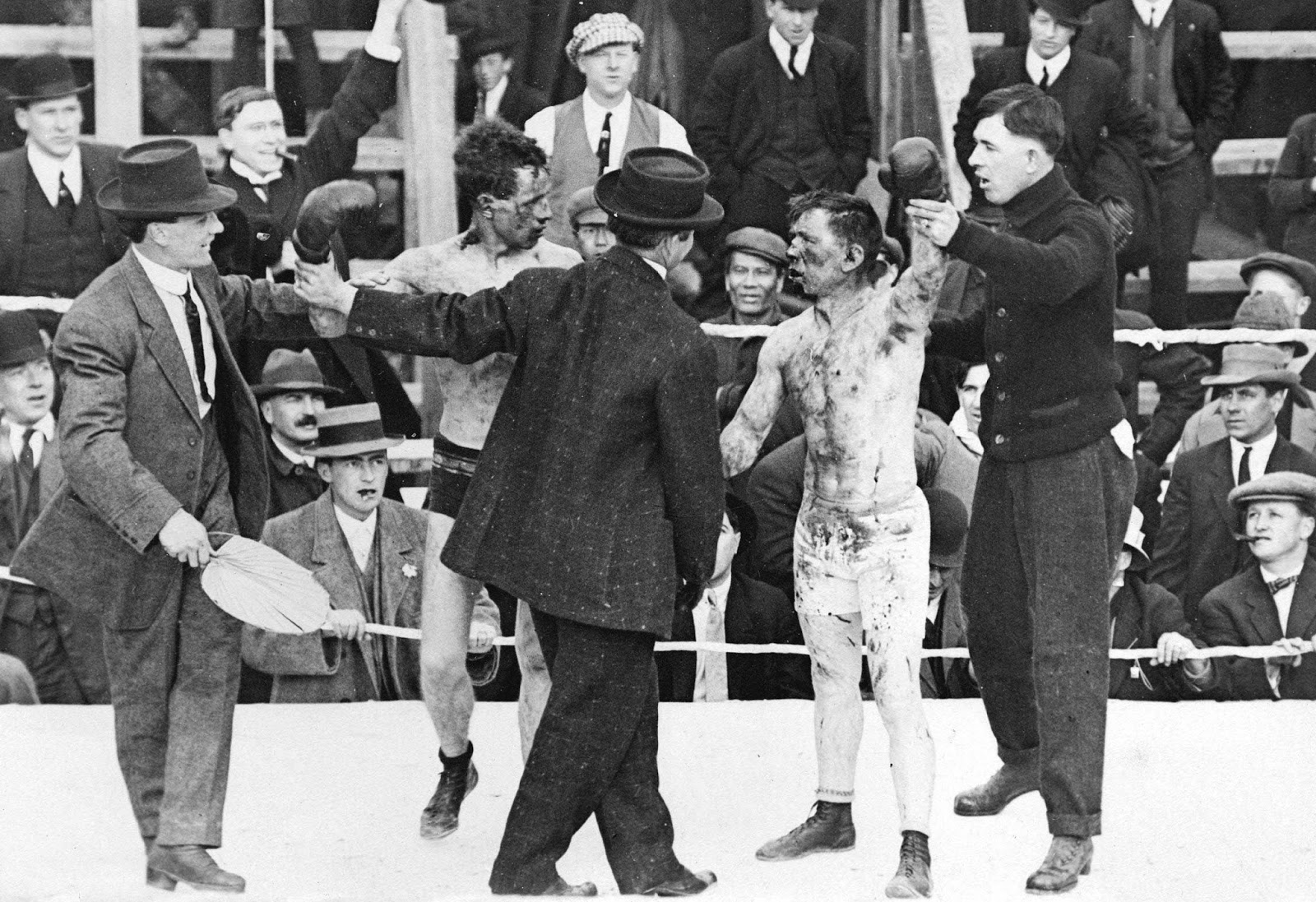 The impact of gloves on the injuries caused during a fight is a controversial issue. Hitting to the head was less common in the bare-knuckle era because of the risk of hurting the boxer’s hand.

Gloves reduce the number of cuts caused, but British Medical Association research has stated that gloves do not reduce brain injuries and may even increase them, because the main cause of injury is acceleration and deceleration of the head, and fighters wearing gloves are able to punch harder to the head.

Gloves may reduce the number of eye injuries, especially if they are thumbless, but retinal tears and detached retinas still occur to boxers wearing modern gloves.