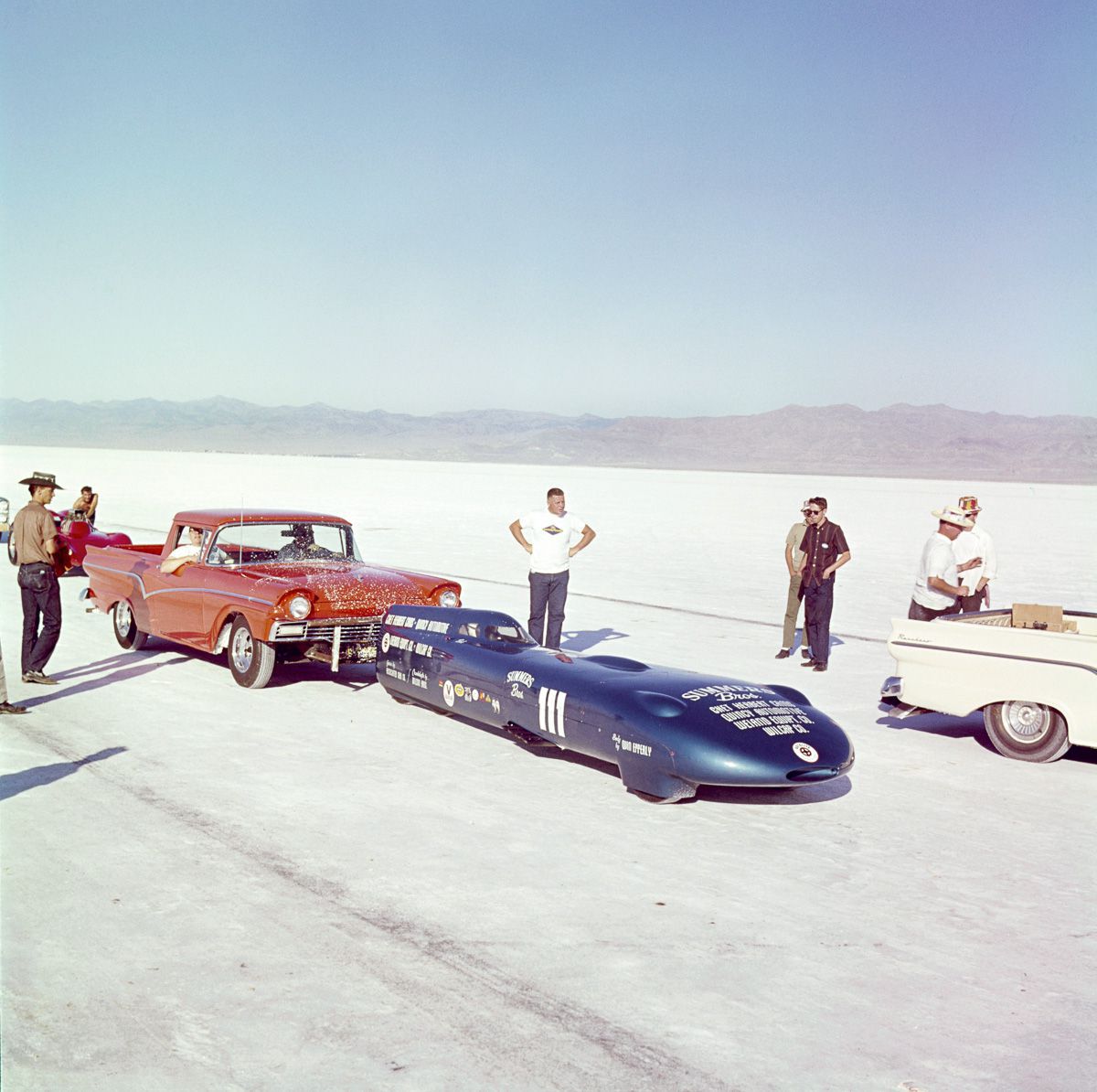 The Bonneville Salt Flats are in Utah, USA, near the border with Nevada, and as the name suggests it’s a very big and very flat area of land. Speed freaks began using the terrain for racing way back in 1912.

The flats were first recognized for their potential as a speed-testing ground by Bill Rishel, who in 1896 had cycled across the area to win a competition run by the newspaper publisher William Randolph Hearst.

In 1907 Rishel and two local businessmen tested the suitability of the salt for driving on by taking a Pierce Arrow onto the flats. A railway line across the Bonneville Salt Flats was completed in 1910, marking the first permanent crossing.

The use of the salt flats as a speedway began in 1914 with Teddy Tetzlaff’s run there which exceeded the land speed record, although the new record was not officially recognized.

Rishel continued to promote the area for racing, and in 1927 Ab Jenkins raced against a train over a 125-mile (201 km) stretch between Salt Lake City and Wendover.

The area became internationally famous in 1935 when Malcolm Campbell set a new land speed record, making him the first to break the 300 mph (480 km/h) mark. For the next 35 years, nearly all land speed records were set at the salt flats. 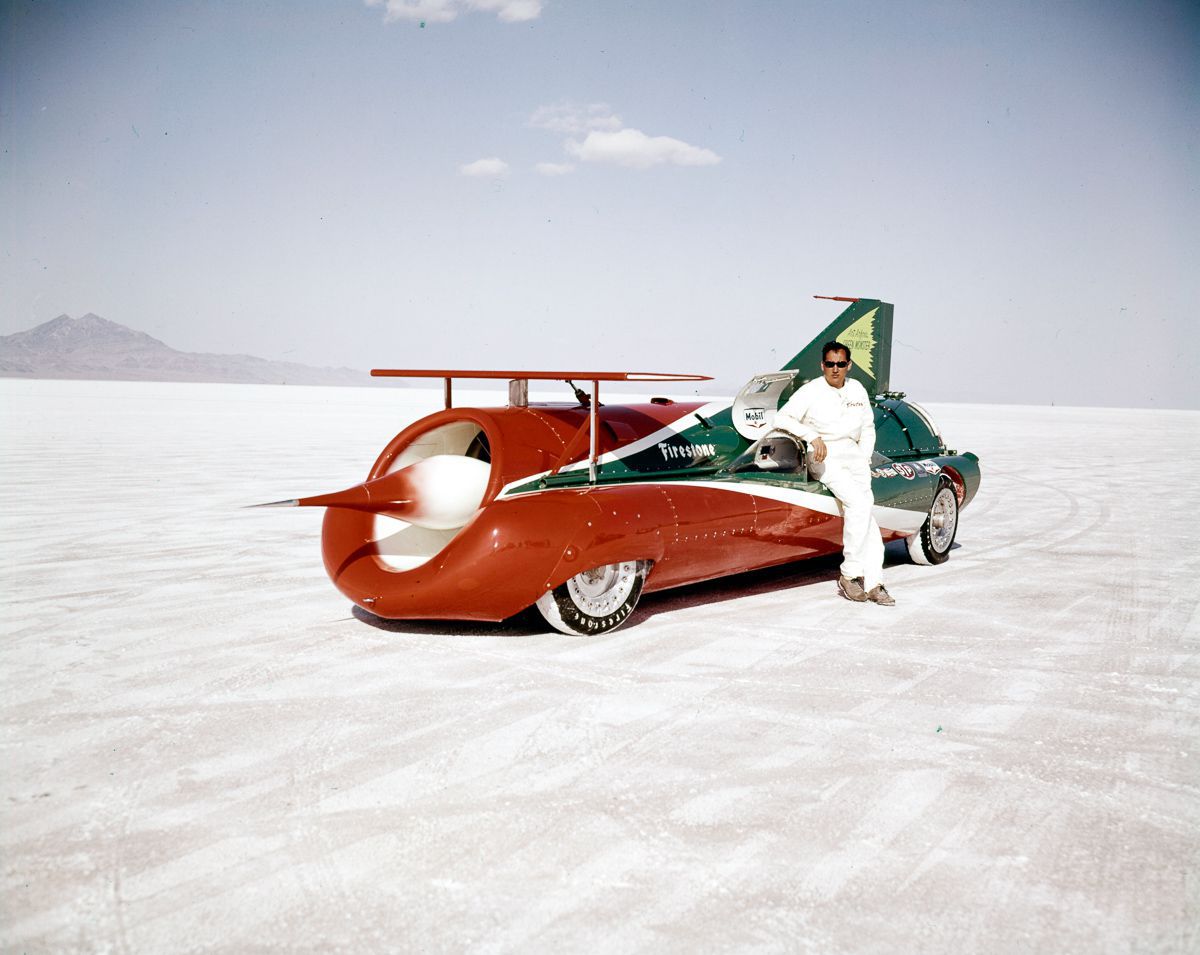 Drivers descended on the flats from around the world, bringing with them custom-designed vehicles with precisely streamlined bodies and extraordinarily powerful engines. Various classes of competing vehicles emerged, including streamliners, roadsters, and by the early 1960s, jet-powered cars.

These three events welcome cars, trucks, and motorcycles. The “Bub Motorcycle Speed Trials” are for motorcycles only. World records are contested at the Mike Cook ShootOut in September.

The Southern California Timing Association and the Utah Salt Flats Racing Association organizes and plans the multi-vehicle events, but all event promoters contribute to prepping and maintaining the salt. 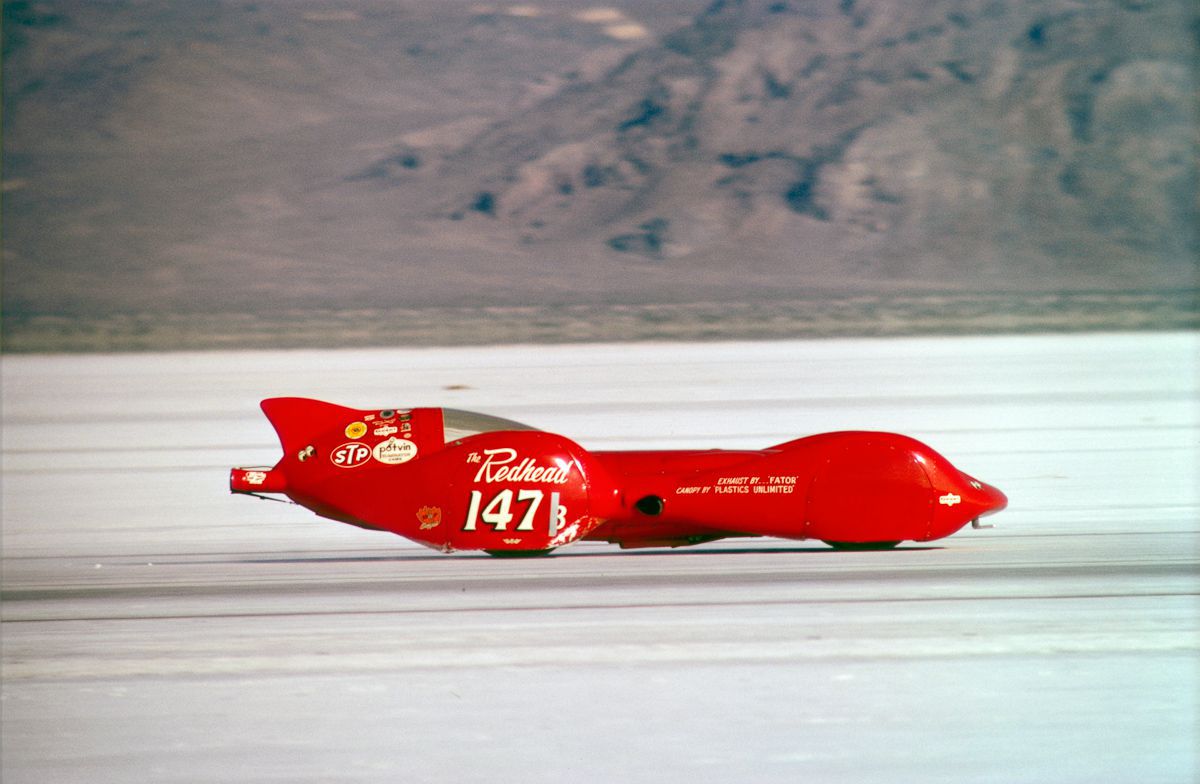 The Hammon-McGrath-Appenfels “Redhead” streamliner #147B wins the class trophy with a speed of 331.46 miles per hour. 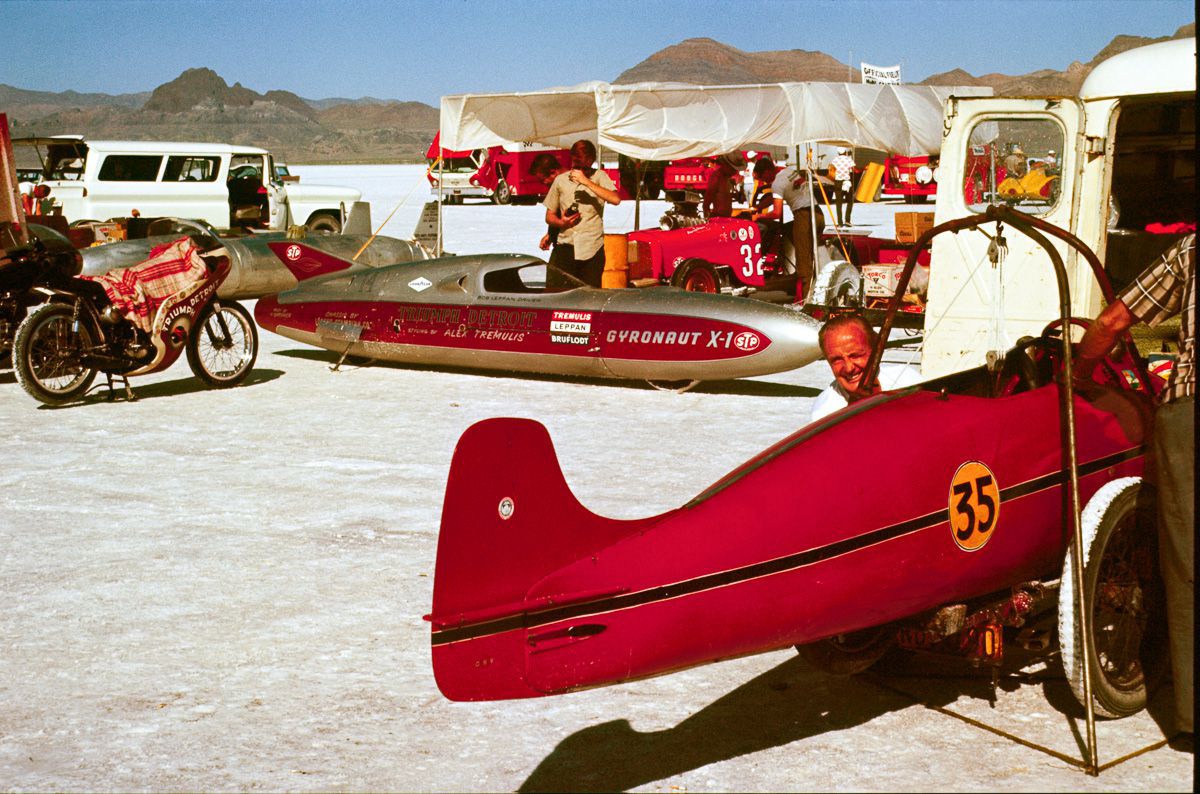 Bert Munro works on his streamlined Indian Scout with an Alex Tremulis-designed Detroit Triumph Gyronaut X-1 in the background. 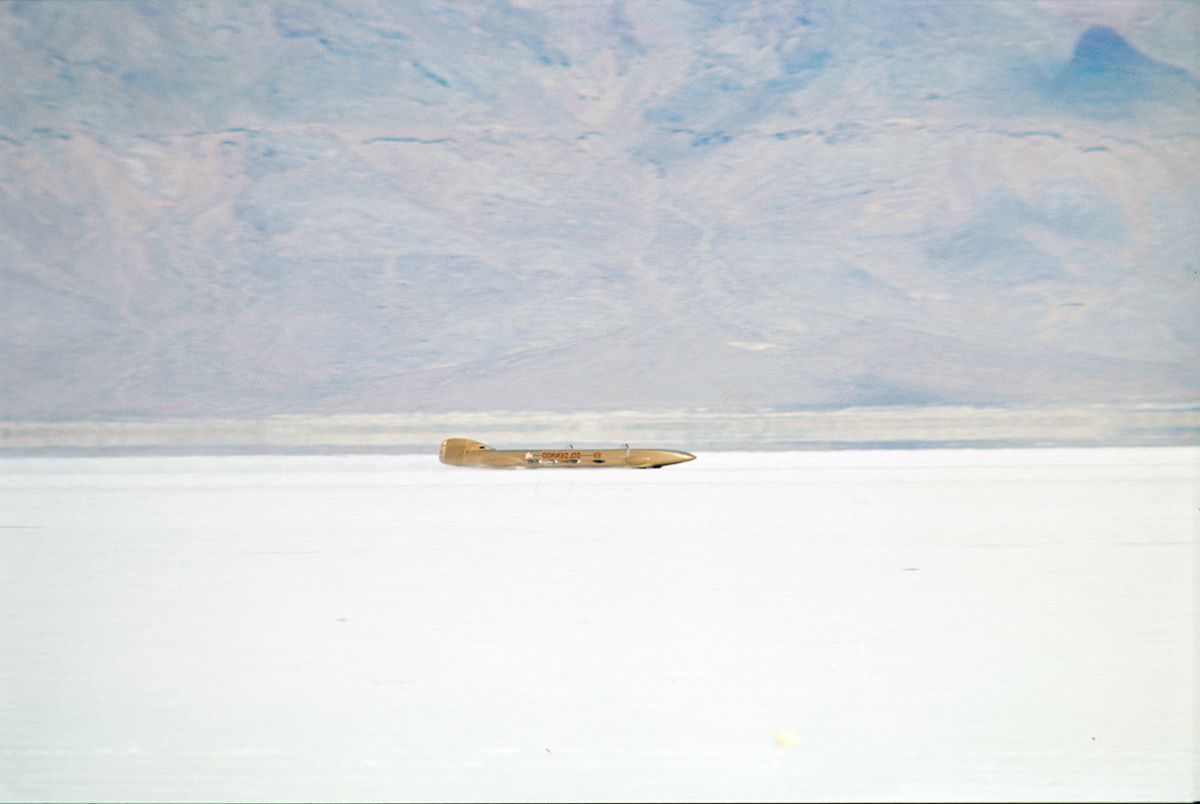 The Summers Brothers “Goldenrod” C-Class Streamliner makes a run on the salt. 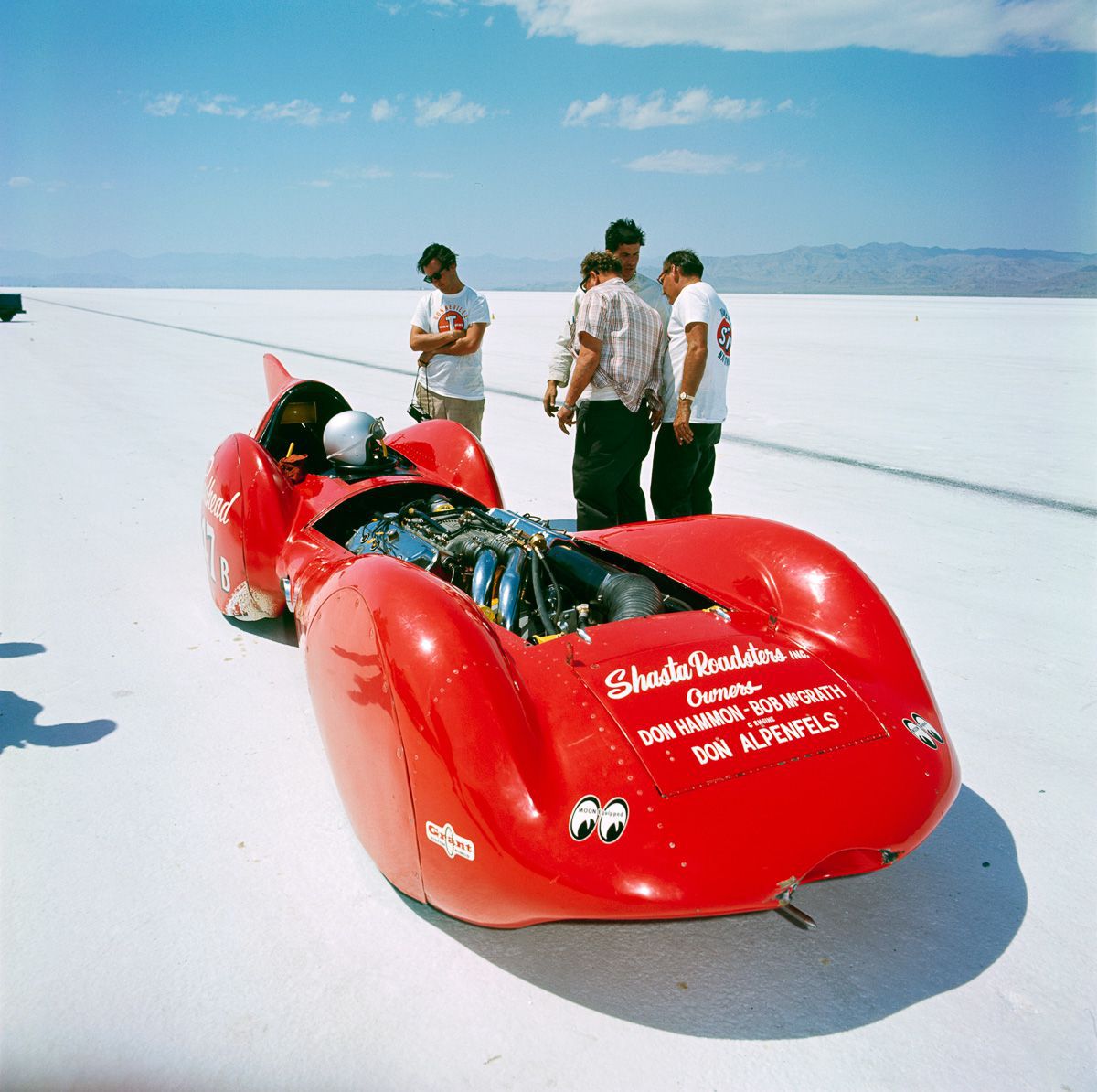 The Hammon-McGrath-Appenfels “Redhead” streamliner #147B. 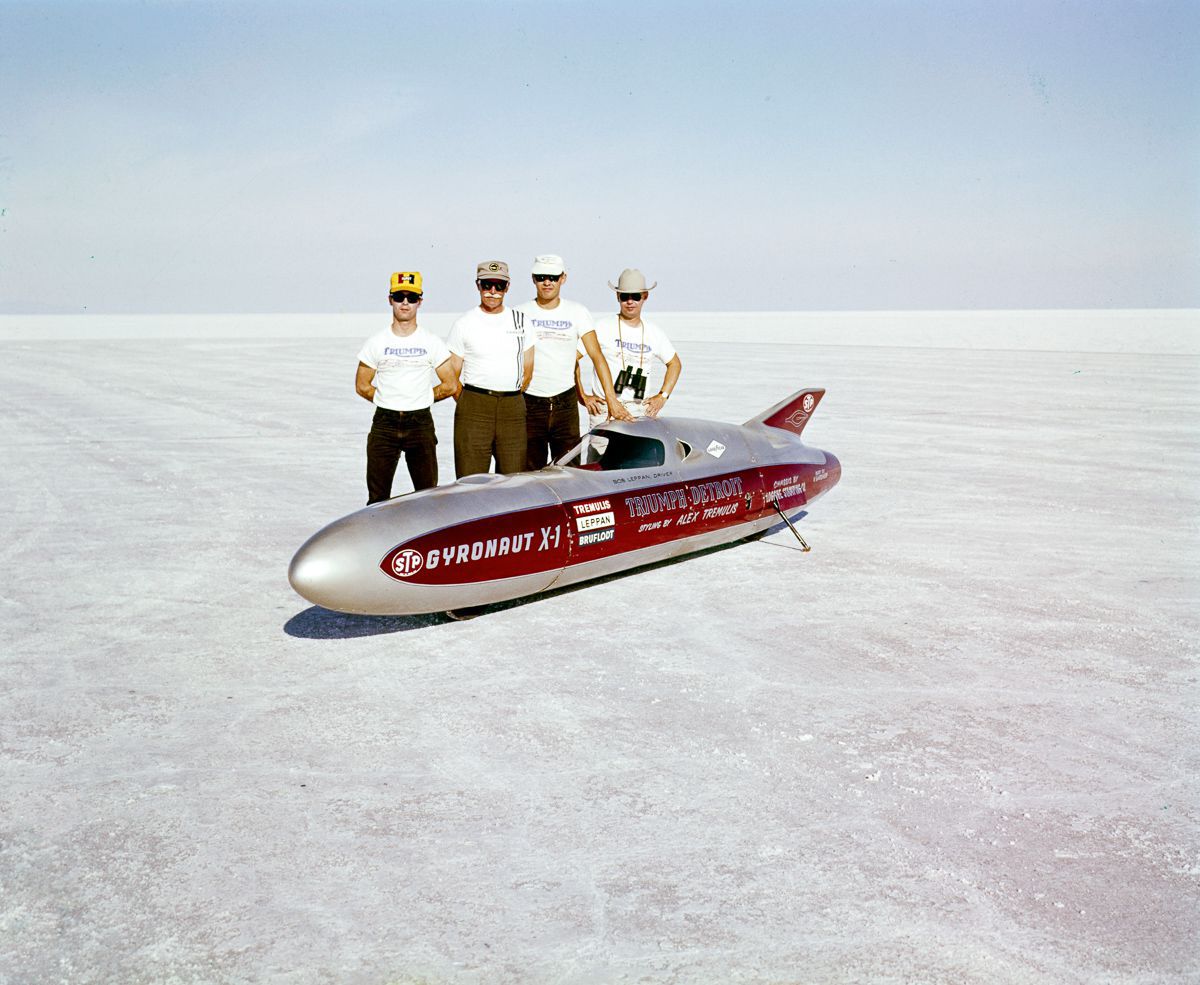 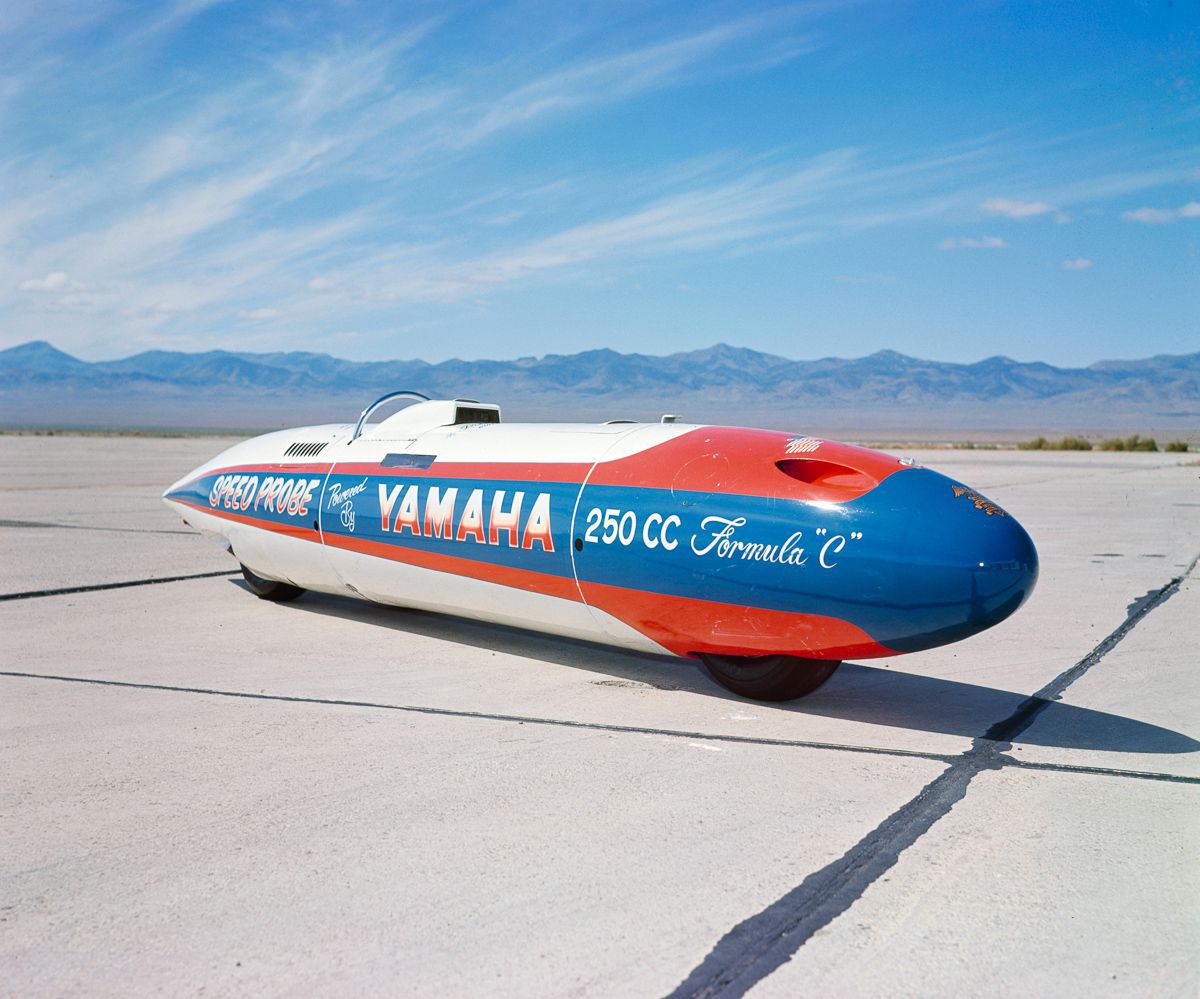 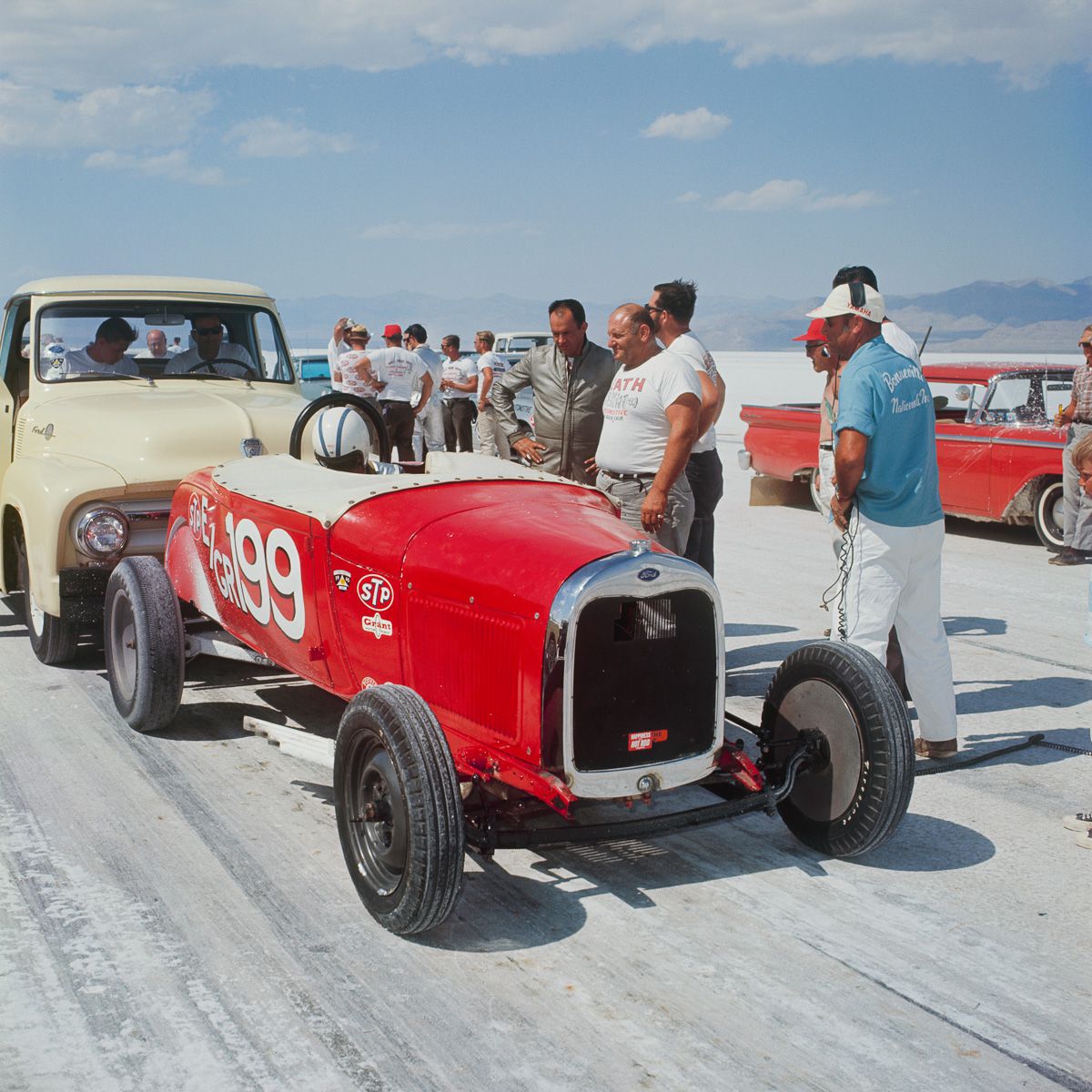 The Ratliff & Zook E/Gas Roadster, which posted a 158.45 mile per hour speed. 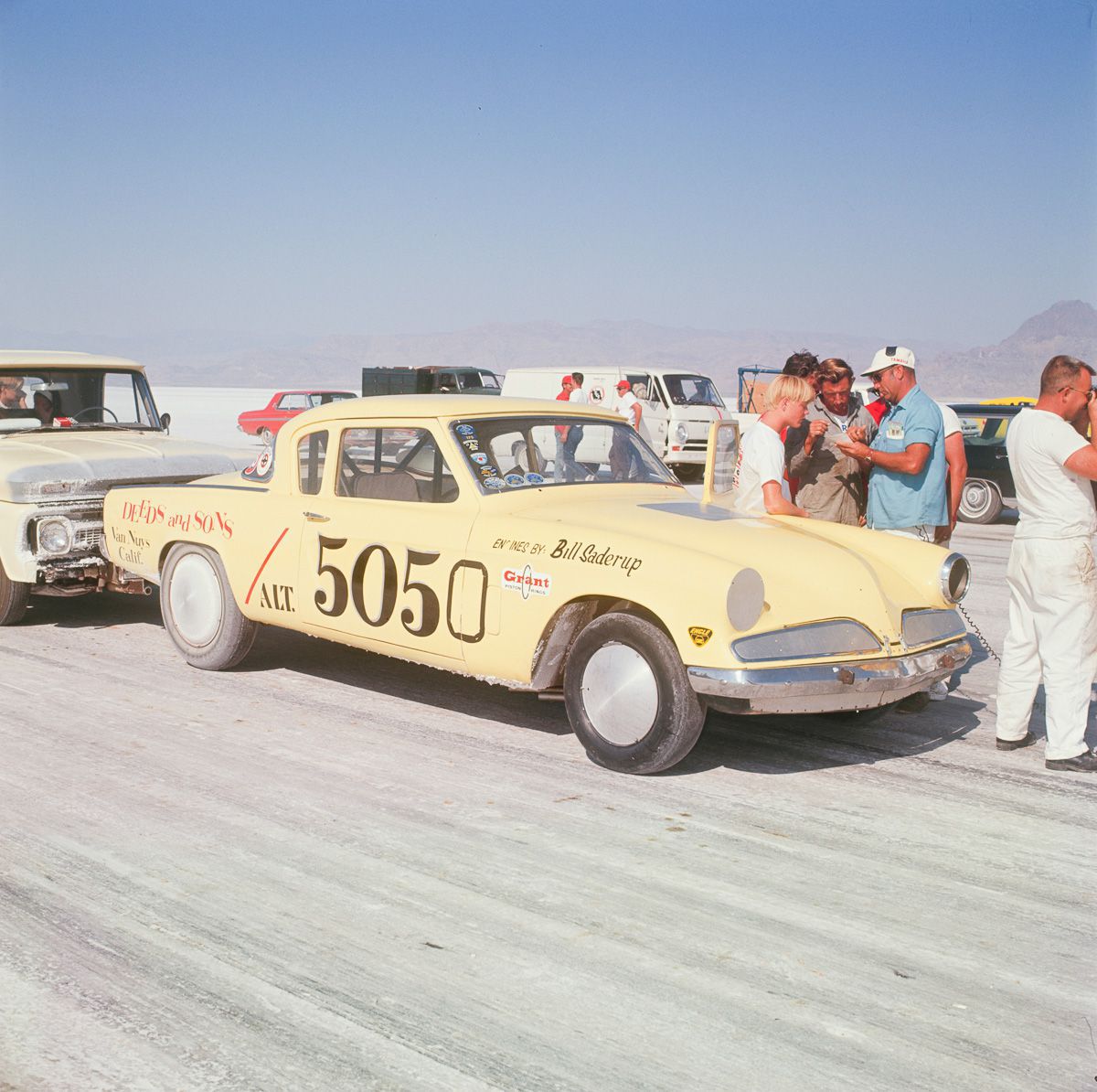 The Deeds and Saderup Studebaker, the class trophy winner in the D/Fuel Coupe and Sedan Division with 191.48 miles per hour. 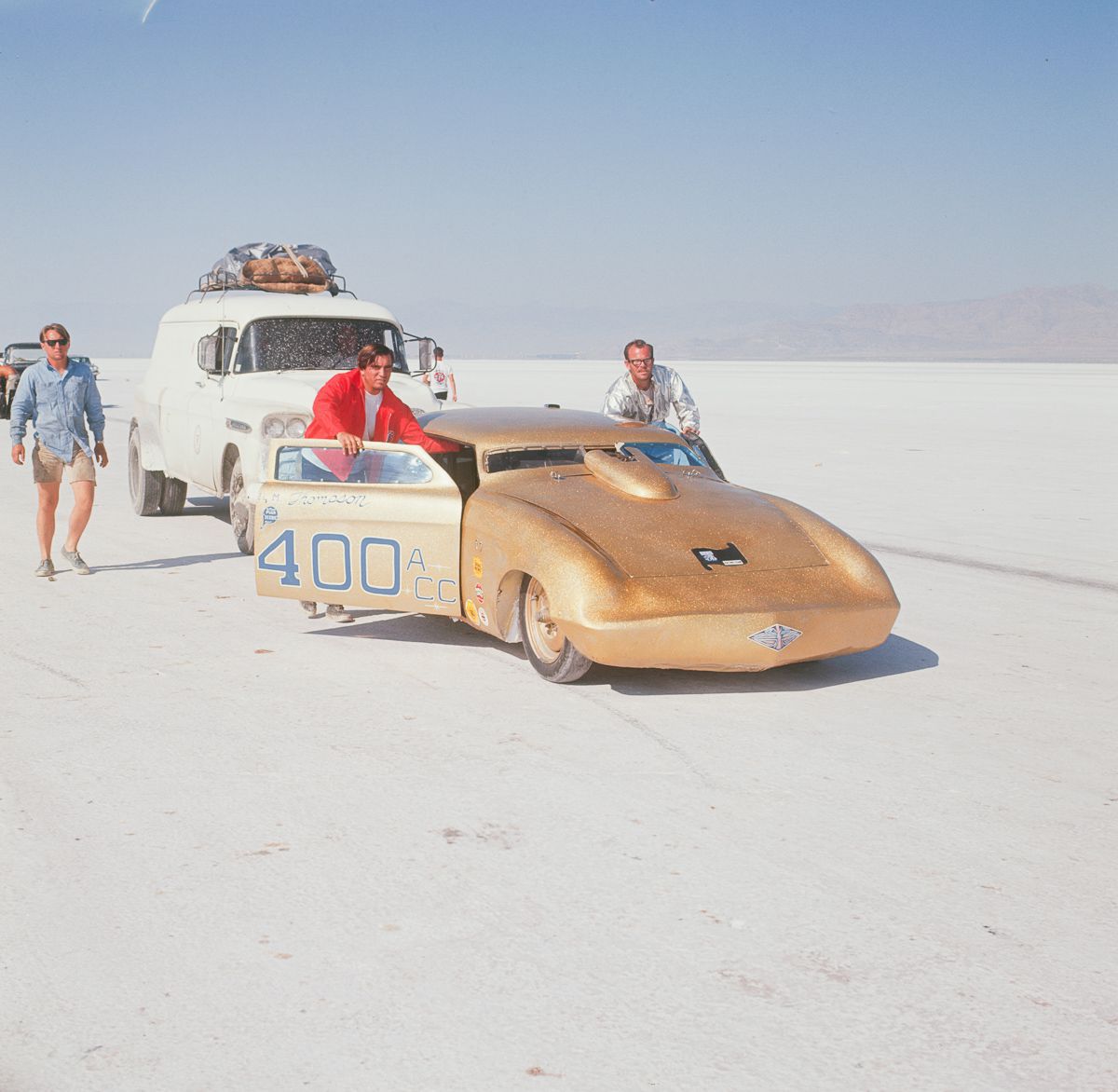 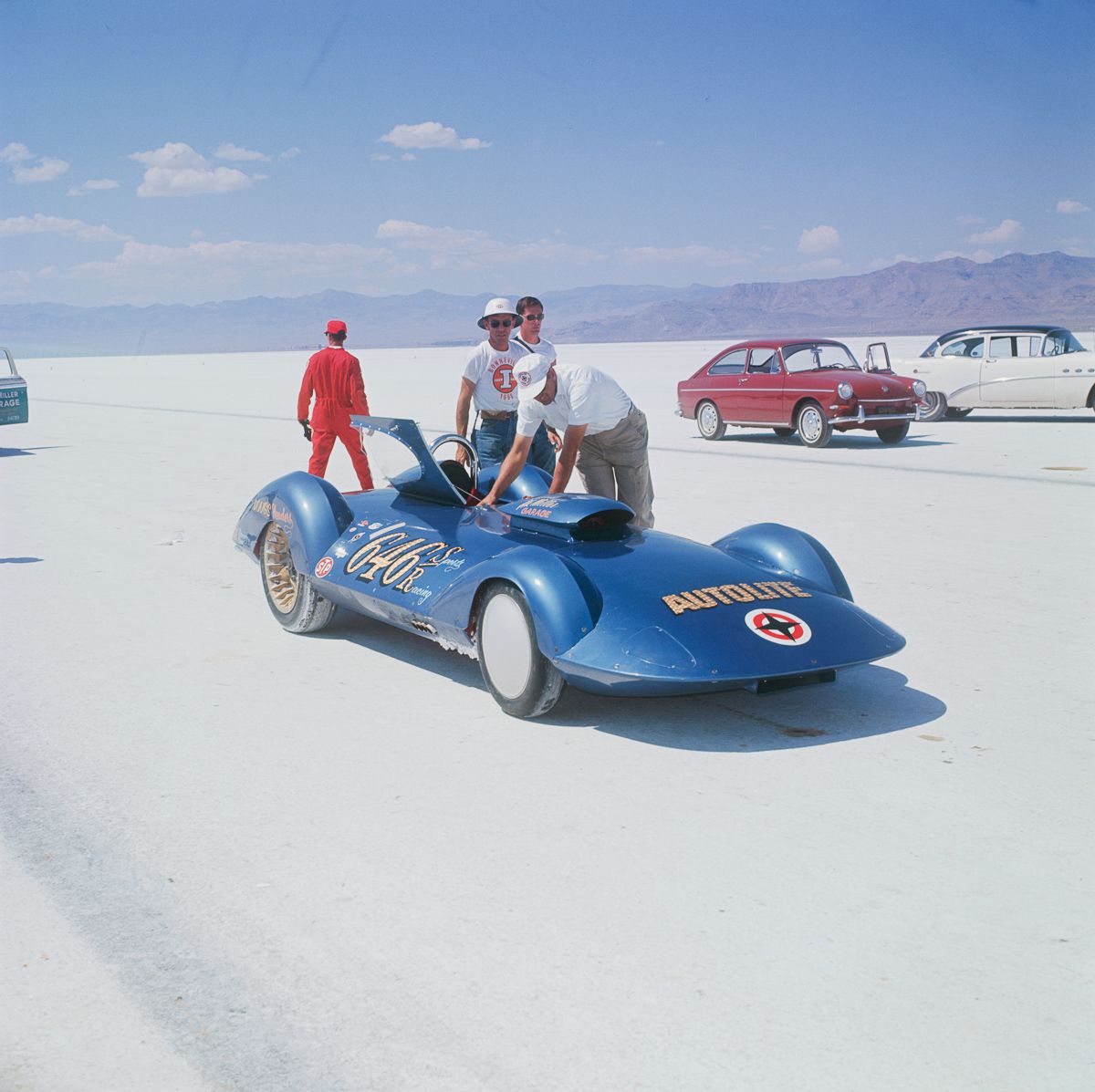 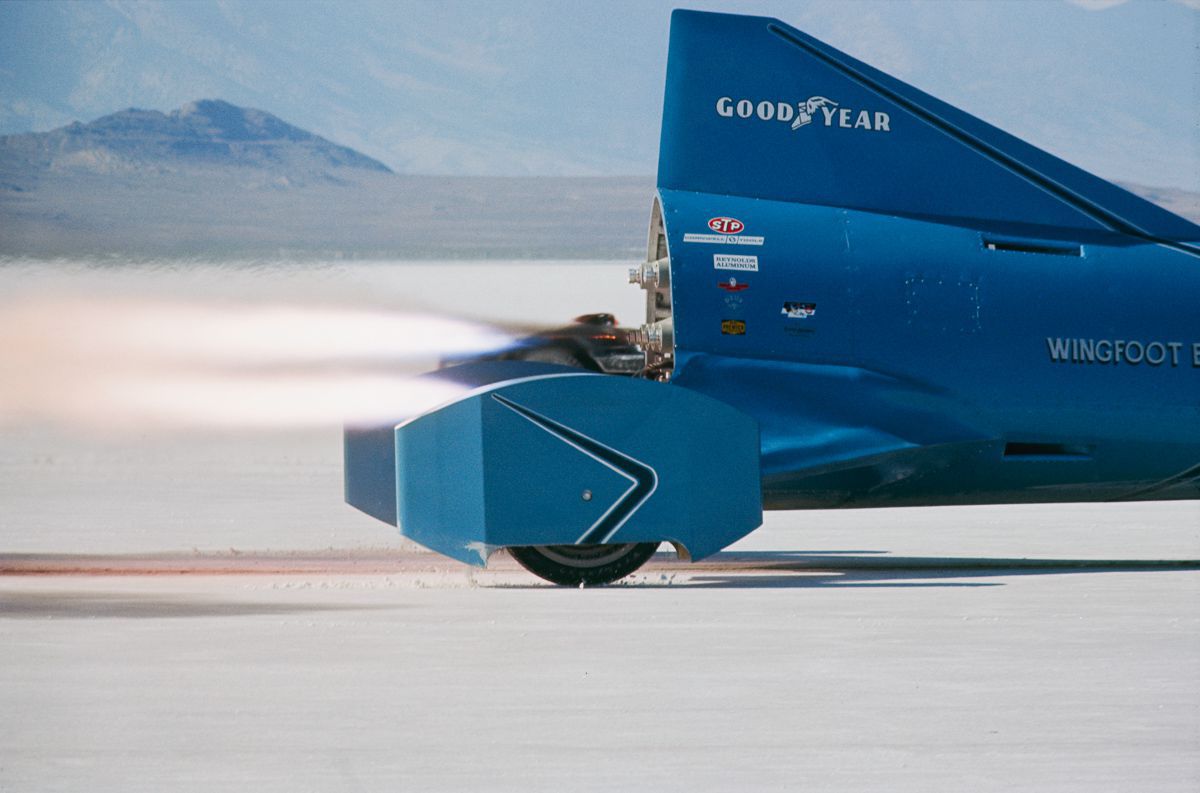 The rocket-powered Wingfoot Express 2 built by Walt Arfons, propelled by the use of 35 Jet-Assisted Take Off pods. 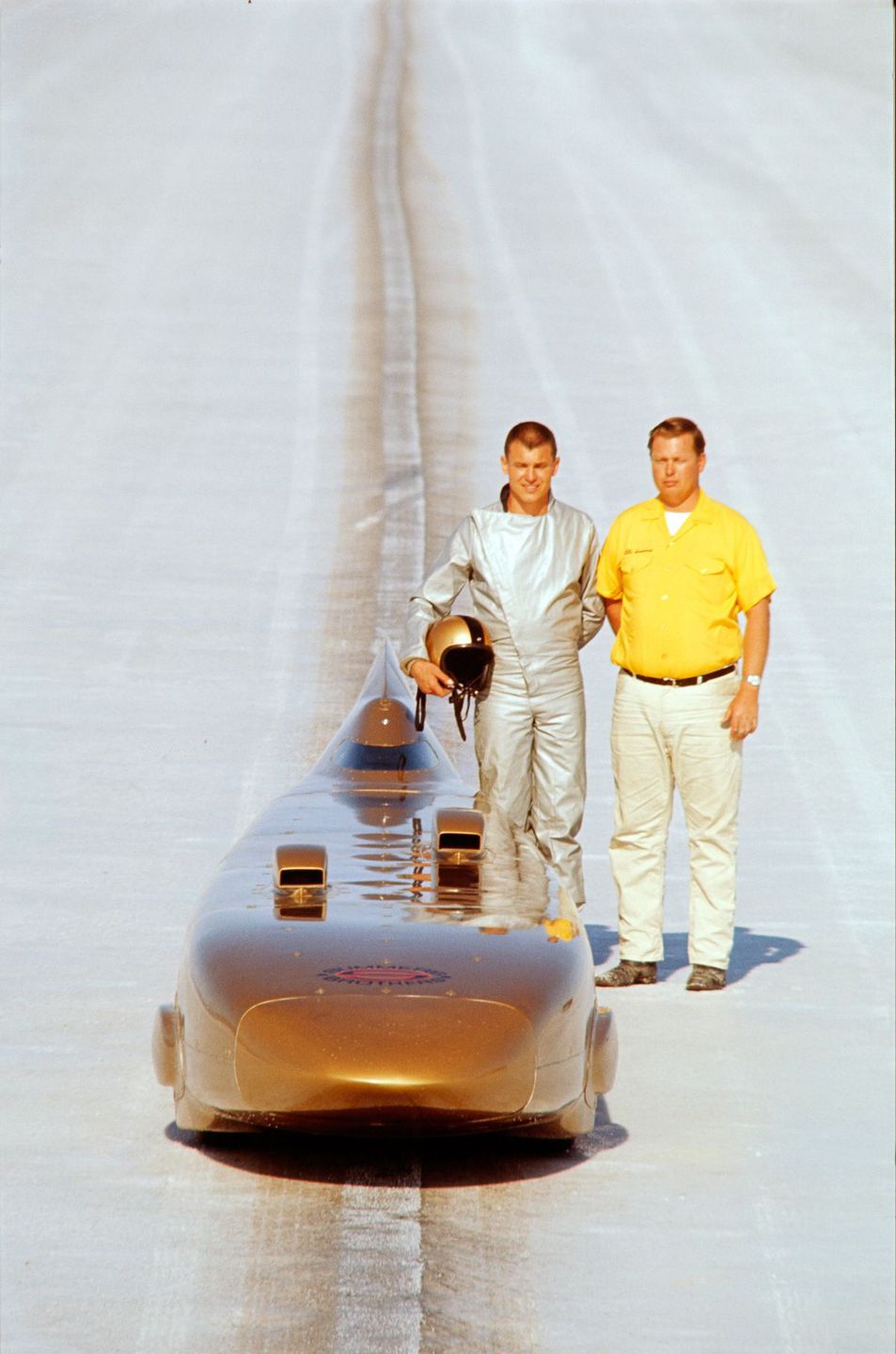 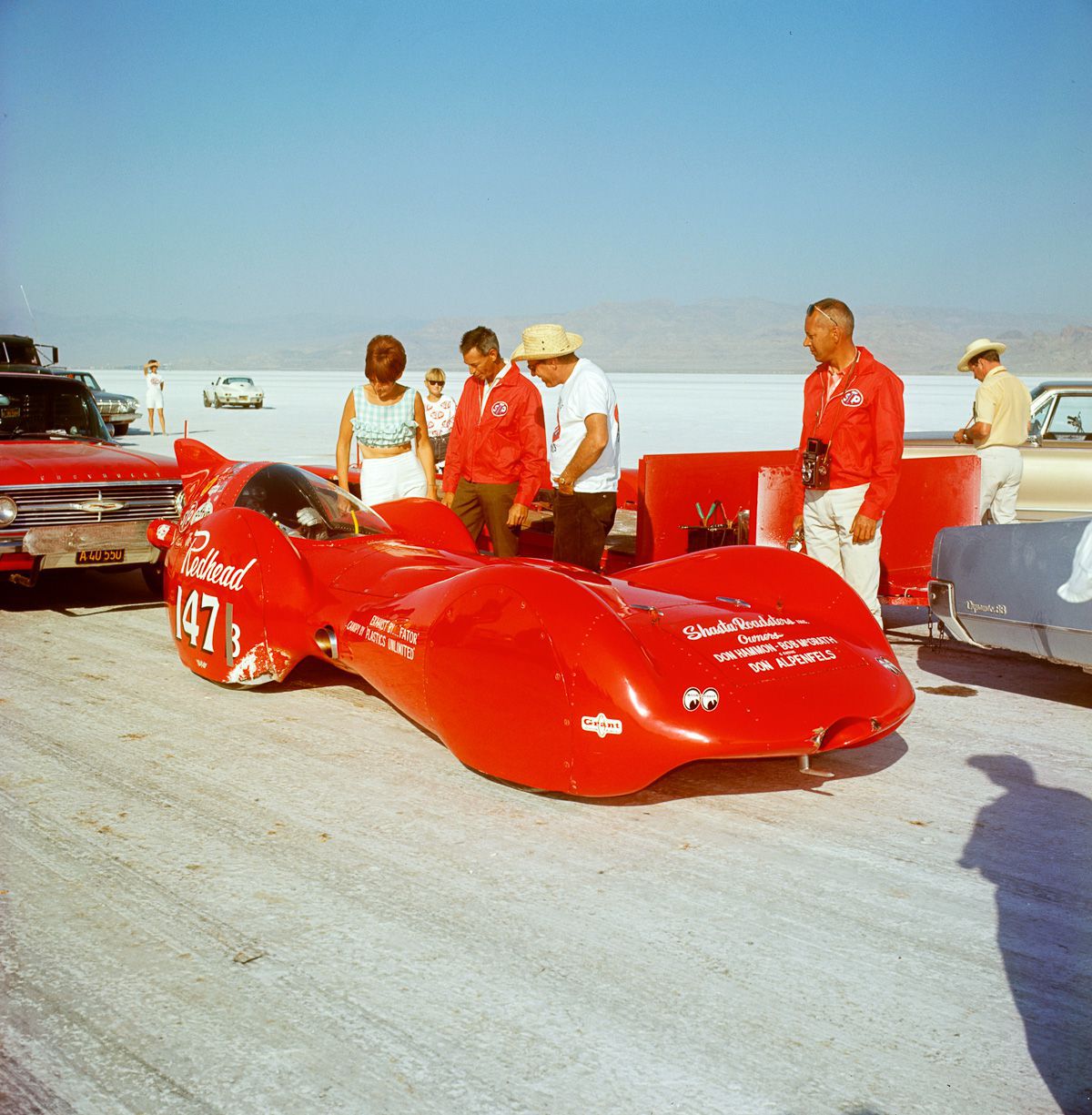 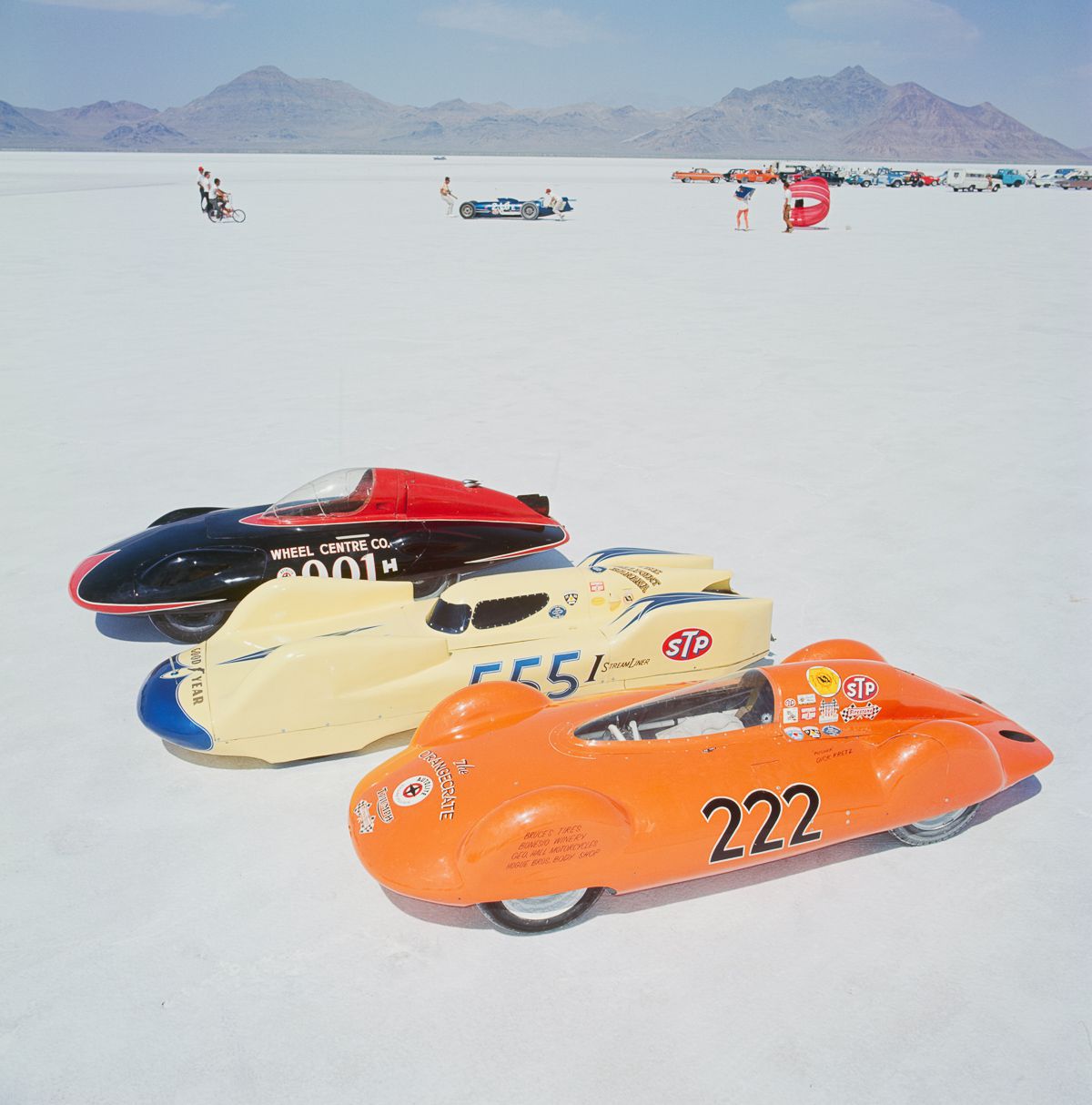 A trio of streamliners from the H- and I-classes, with Wheel Centre Company #901H at top, “The Ball Point Banana” #555 at center and “The Orange Crate” #222 at bottom. 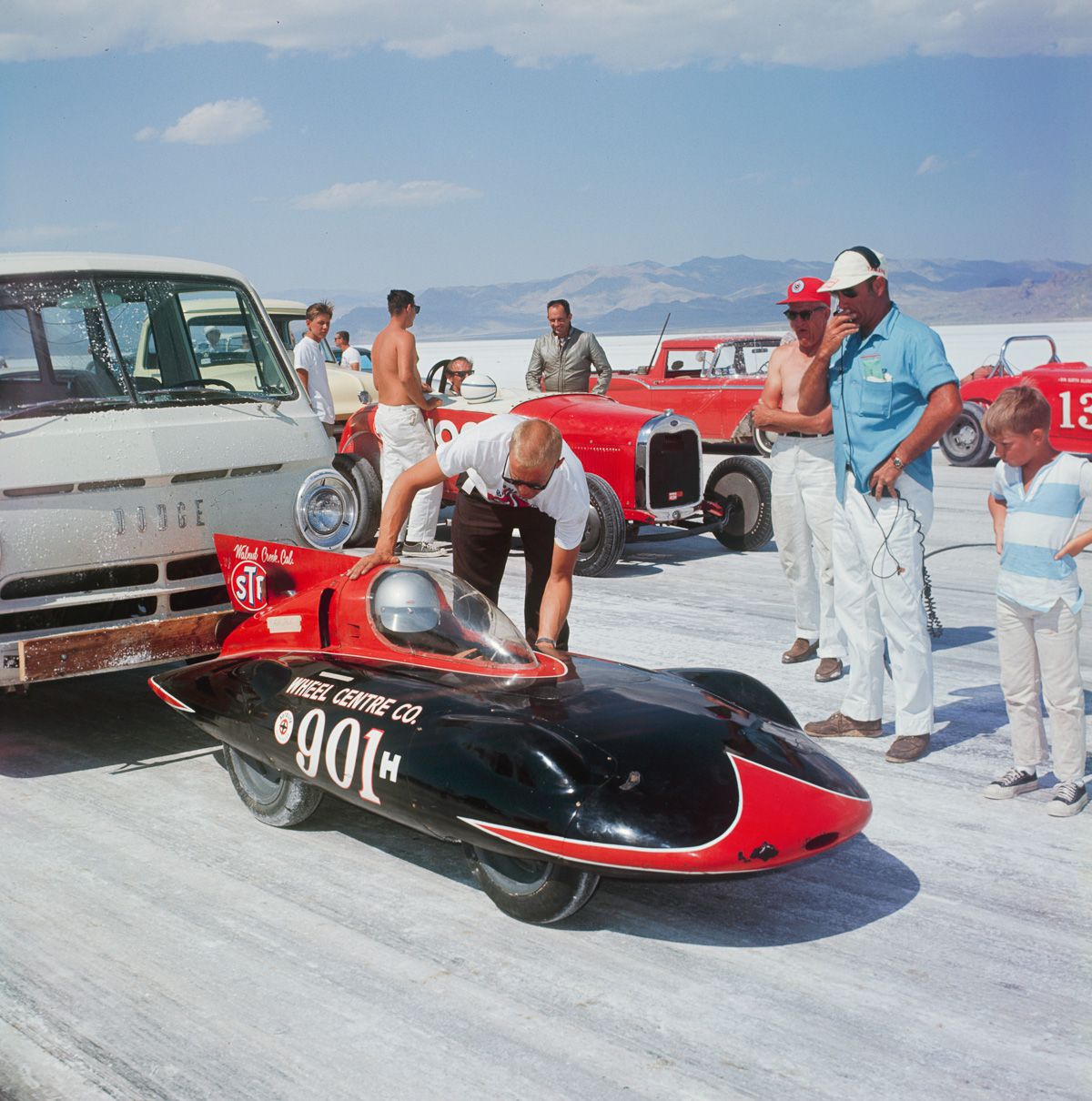 Donald Barr’s H-Class Streamliner, which attained a speed of 145.92 miles per hour. 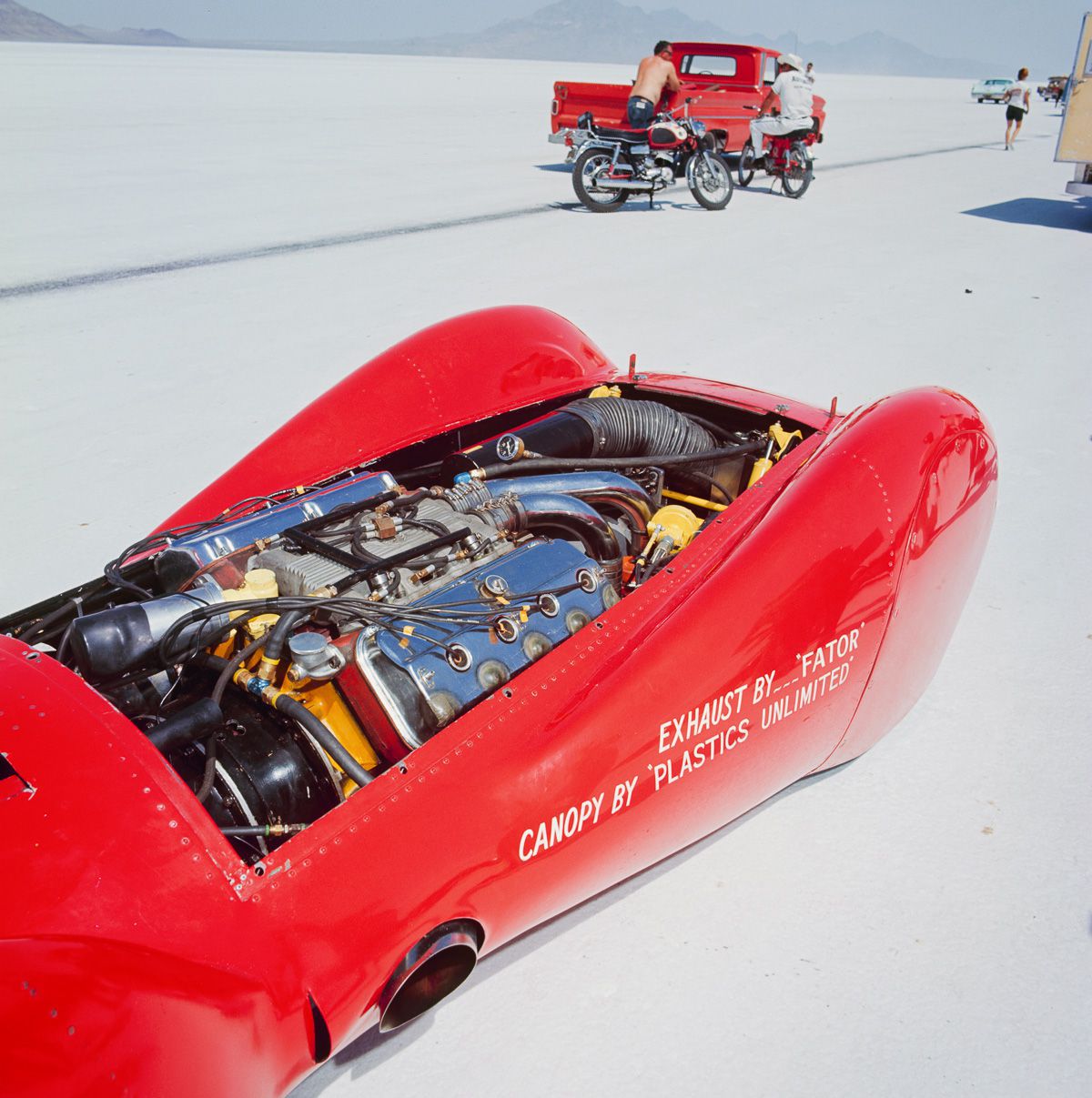 The Hammon-McGrath-Appenfels “Redhead” with the engine cowling removed to expose the supercharged Hemi powerplant inside. 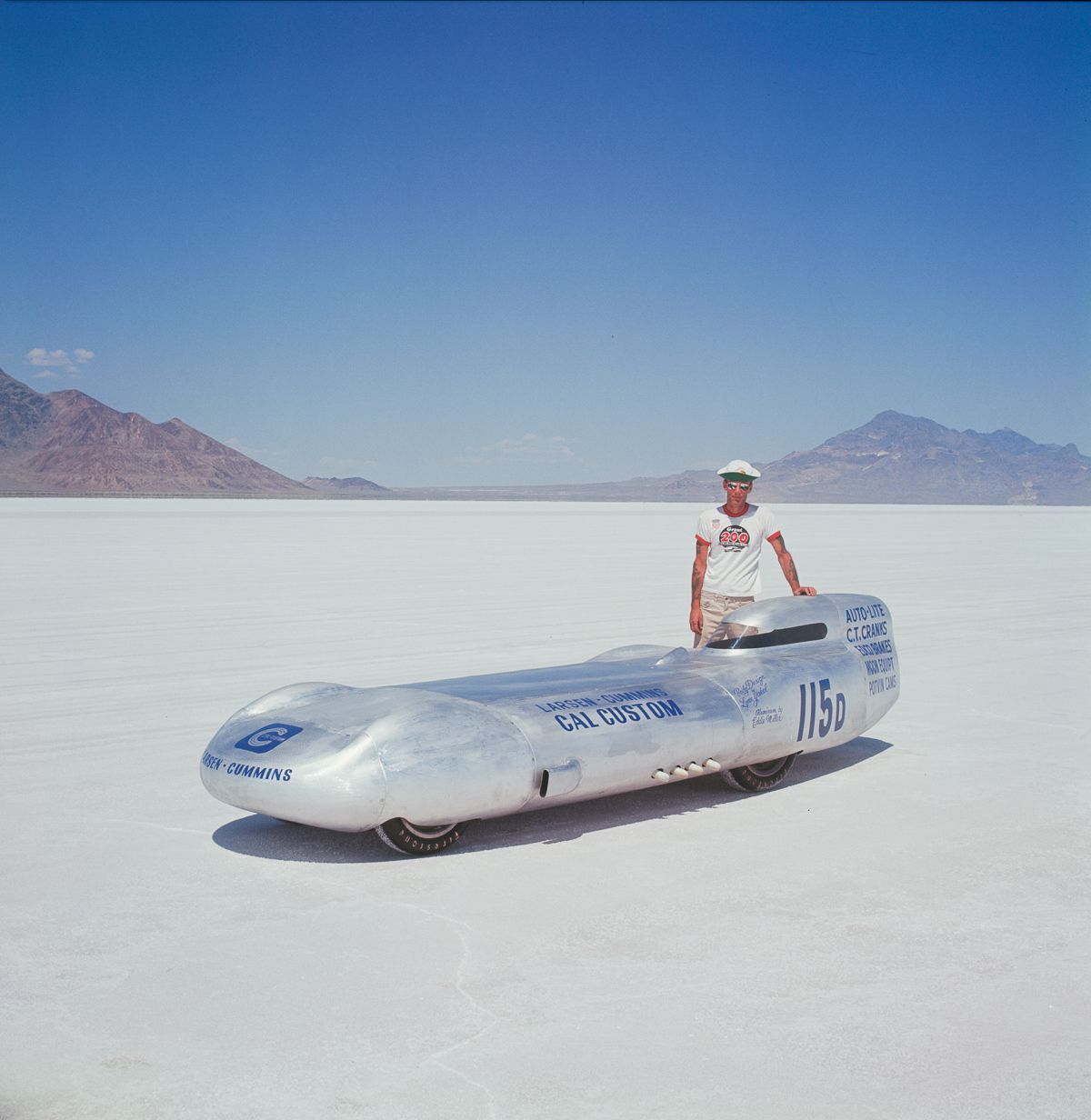 The Larson-Cummins Streamliner, which took home the D-Class trophy for its 225 miles per hour run. 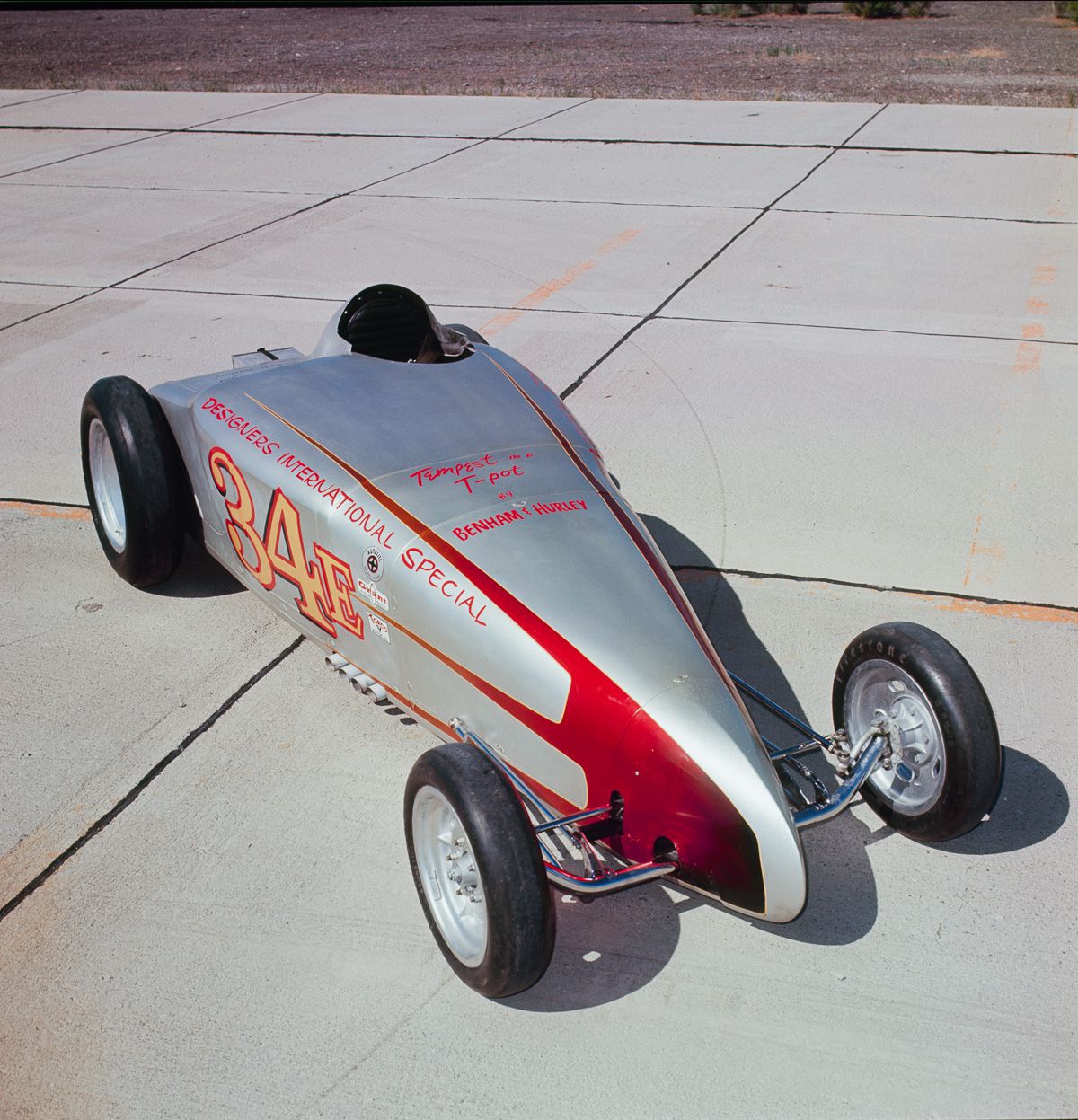