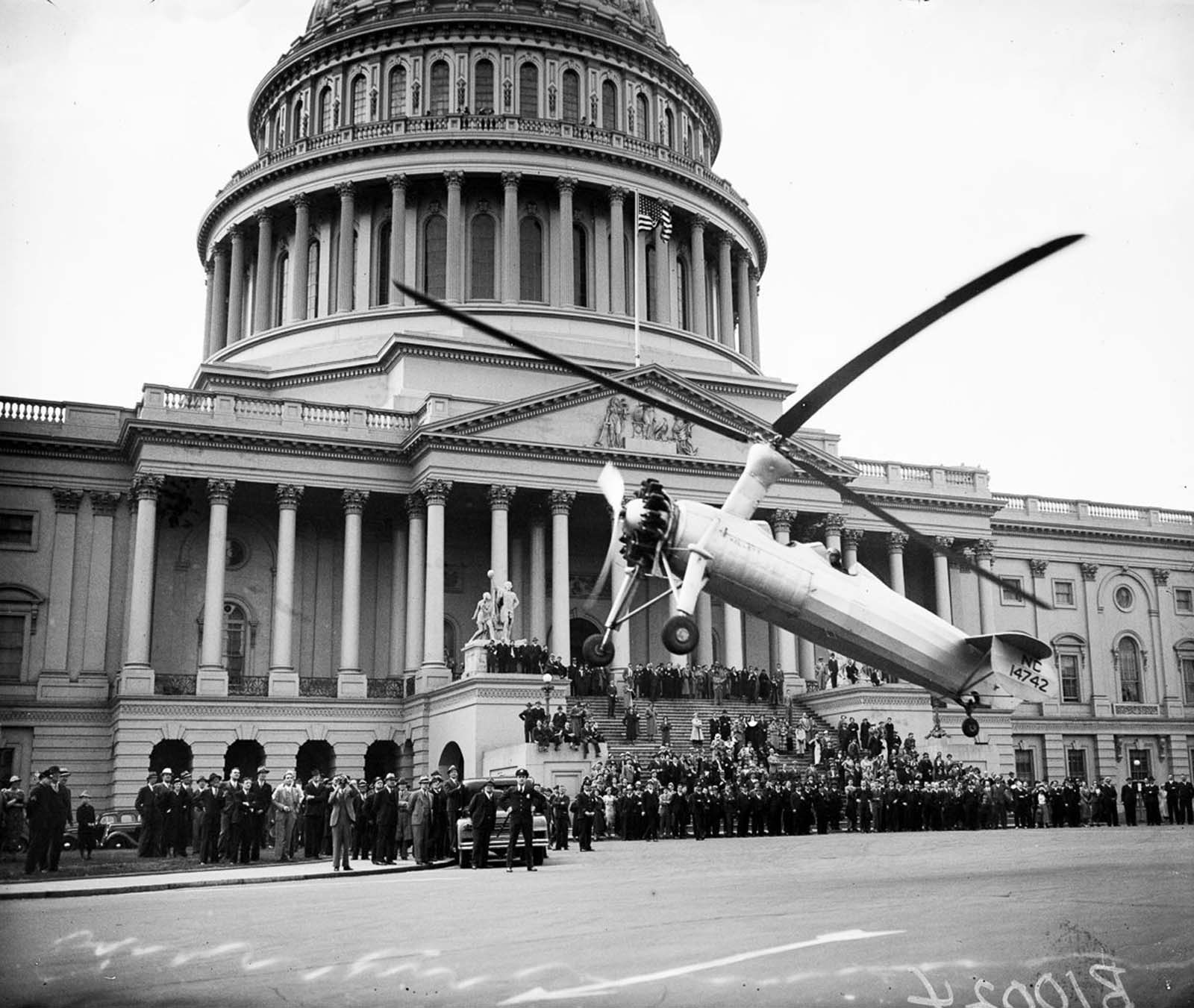 An autogyro takes off in front of the United States Capitol. 1936.

A Spanish engineer and aeronautical pioneer, Juan de la Cierva, developed the original “autogiro”. Its name was derived from the self stabilization accomplished by a four-bladed horizontal screw turned by wind produced in the sky.

In addition to the name autogyro, they have been known as gyrocopters, gyroplanes, and autogiros. They were the first rotary wing aircraft to fly successfully with sufficient control.

Autogyro was invented to solve the main issue: How to design an aircraft that won’t crash from the engine stalling? This question was prompted by the failure of Cierva’s previous projects. In 1919, Cierva entered an aircraft design contest producing a large three-engine bomber, piloted by Captain Julio Ríos Argüeso, crashed in its initial flight due to the engine stalling.

However, Cierva was passionately committed to developing a safe means of air travel that he didn’t give up. Between 1920 and 1923 he progressively developed autorotation in a series of models, the C.1, C.2 and C.3, but it would be his fourth model that would conquer the air. His designs served as the basis for all future rotary wing aircraft and were later licensed to companies in the UK, the US and elsewhere.

In the later years, stunning aircraft were produced in America by Cierva-licensee Harold F. Pitcairn. In February 1929, Pitcairn purchased the U.S. rights to Cierva’s inventions and the autogyro patents, and established the Pitcairn-Cierva Autogiro Company for licensing its manufacture in the United States.

Autogyros were used for rooftop-to-rooftop urban mail delivery, and a few were even put to military use during World War II. The autogyro fell out of favor in the late 1930s with the rise of helicopters, which could not only take off and land with precision, but hover in place for extended periods.

Another factor that kept the autogyro from being accepted was purely psychological. Even though helicopters weren’t successful until 1935, they had been under development for as long as airplanes. The general public knew about helicopters, and understood the principle of a powered rotor.

Autogyros had an unpowered rotor that spun due to aerodynamic forces. Most people did not understand how it worked and so did not trust it. Although it is actually safer than either helicopters or airplanes, people did not realize this. They wanted something powered.

After helicopters flew successfully and the companies that designed them got military grants for further research, the autogyro was pretty much abandoned. Except for a few concepts and only a handful of attempts at civil designs, autogyros were kept alive only as home built aircraft, and that mostly as ultralights. 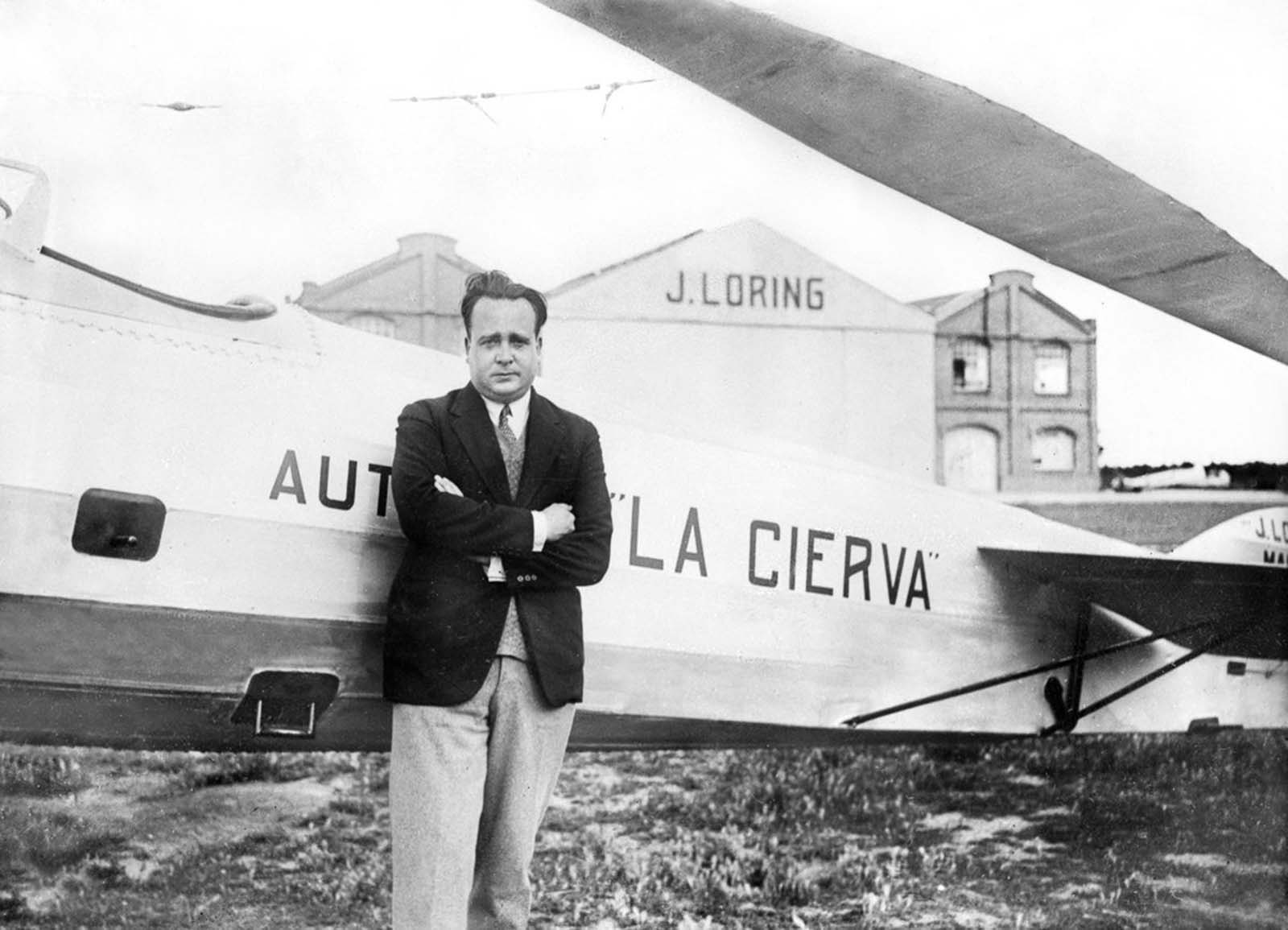 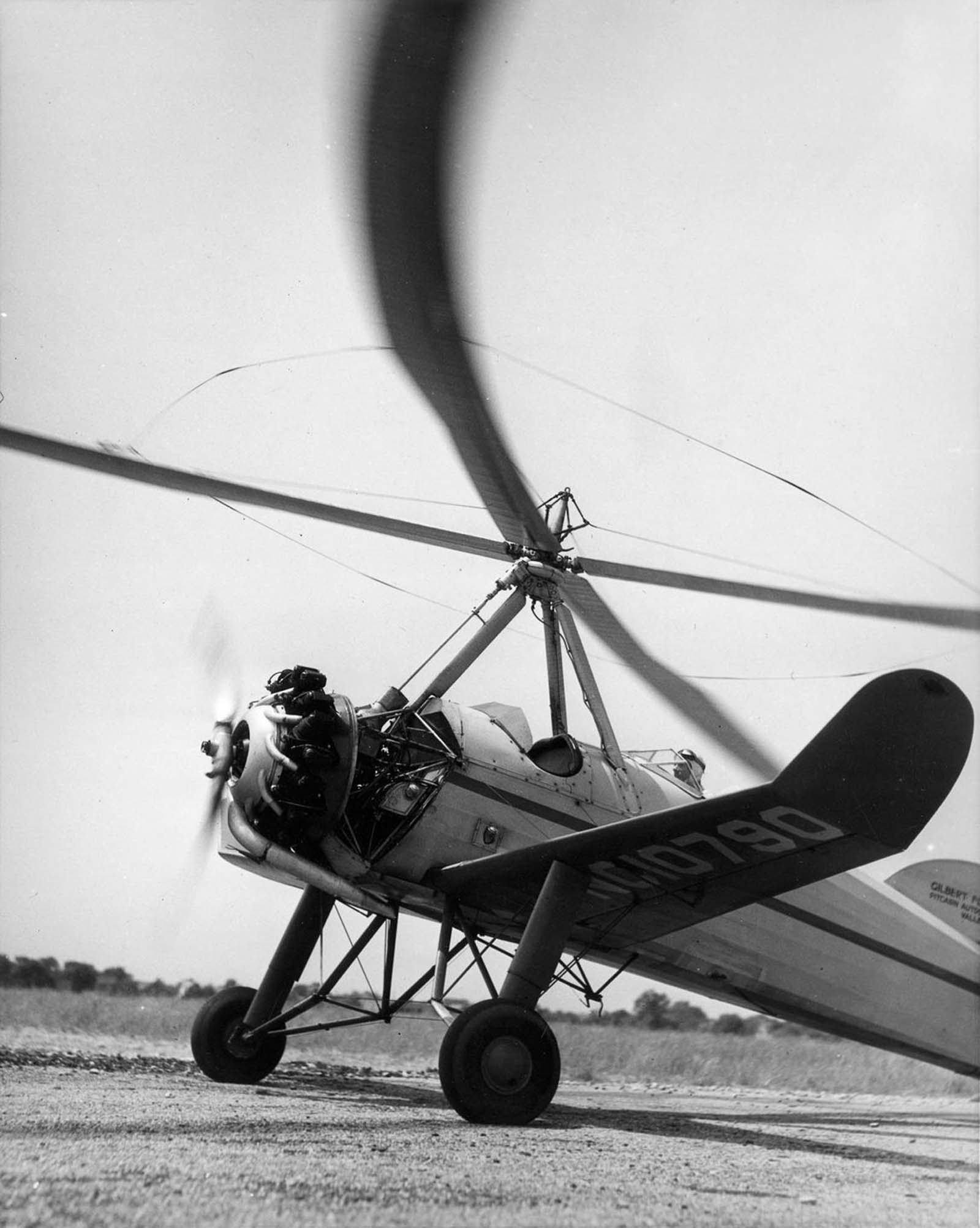 An autogyro pilot prepares for takeoff in New York. 1930. 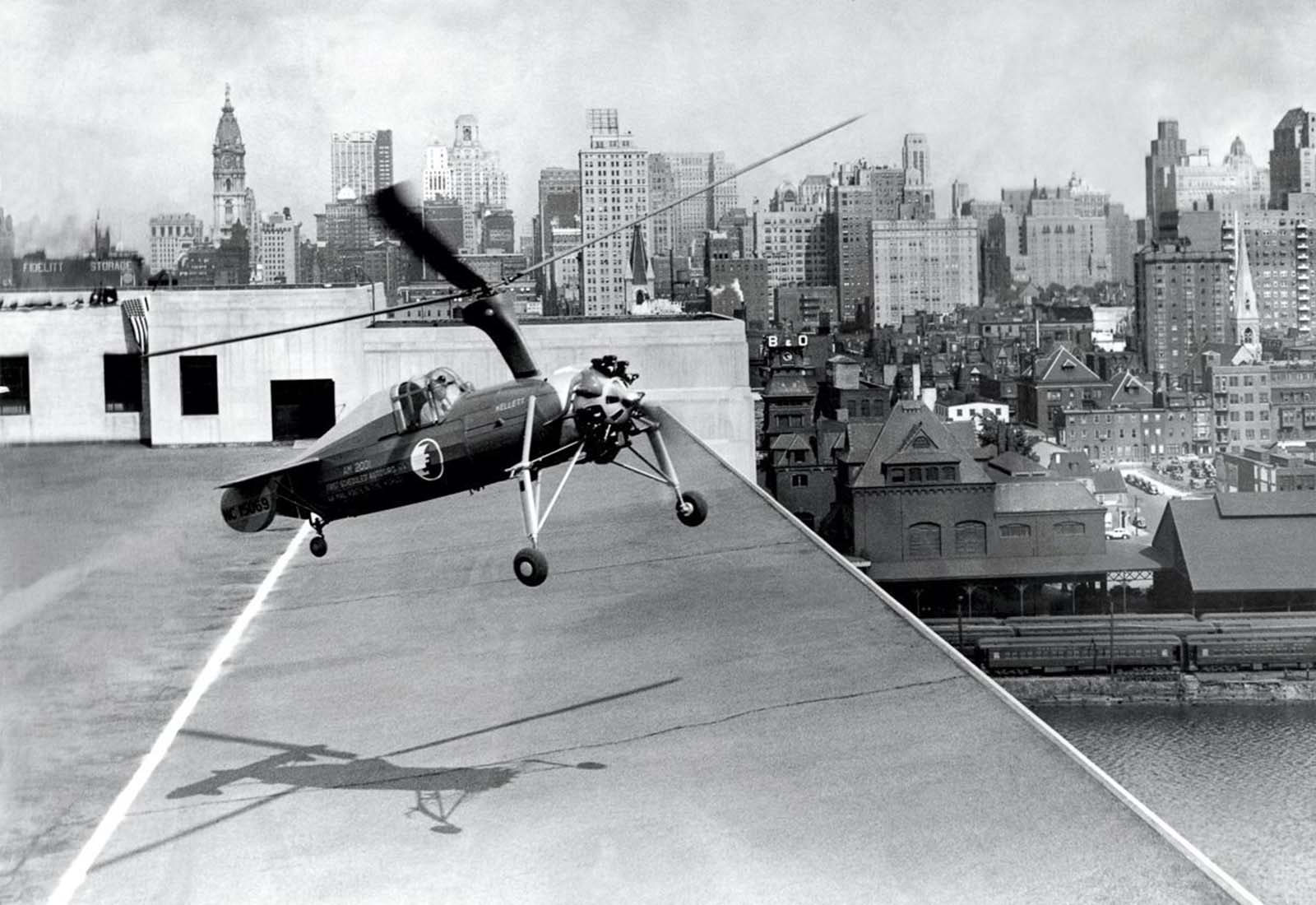 An autogyro takes off from a rooftop in Philadelphia. 1930. 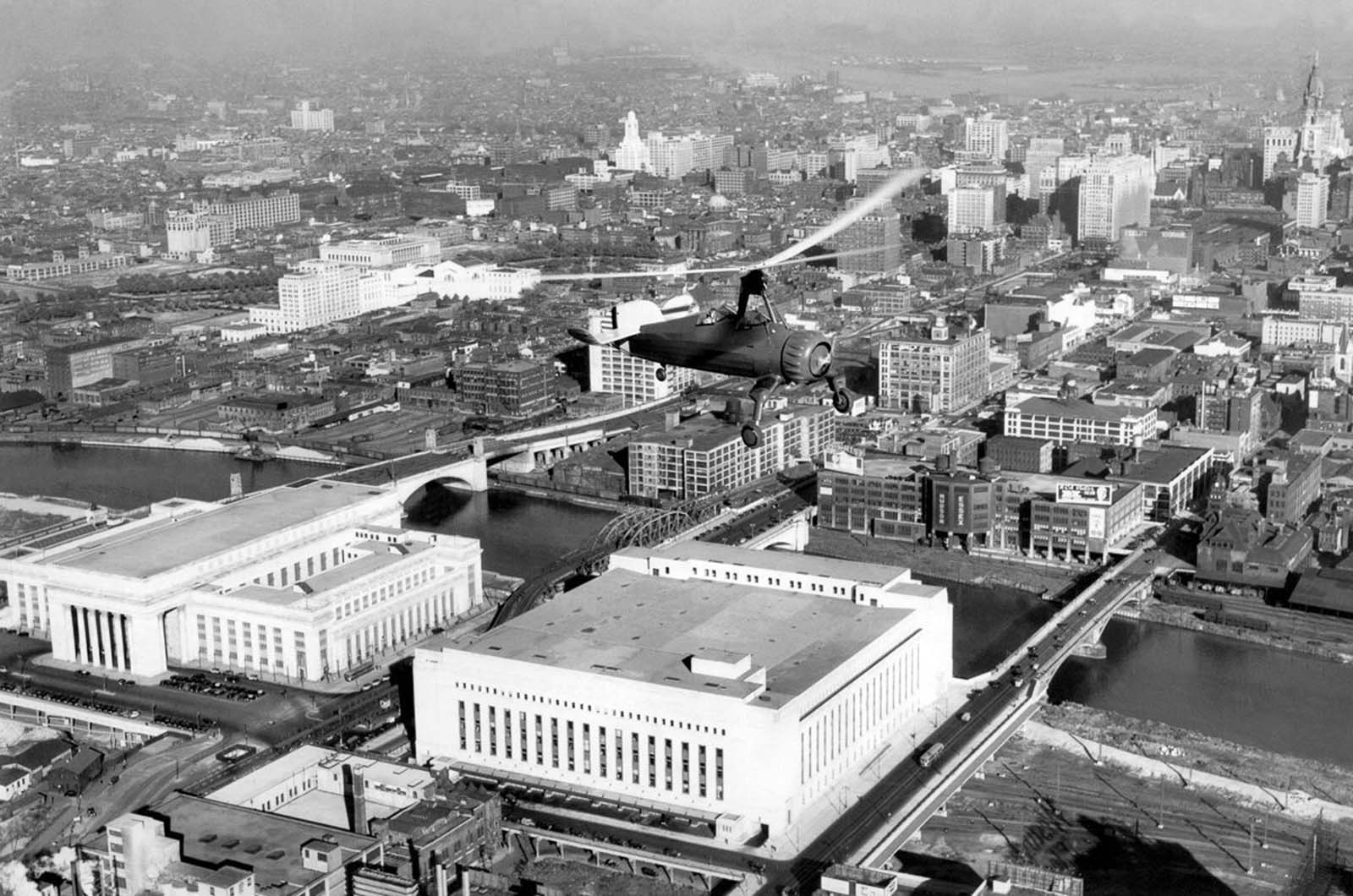 An autogyro flies over Philadelphia. 1930. 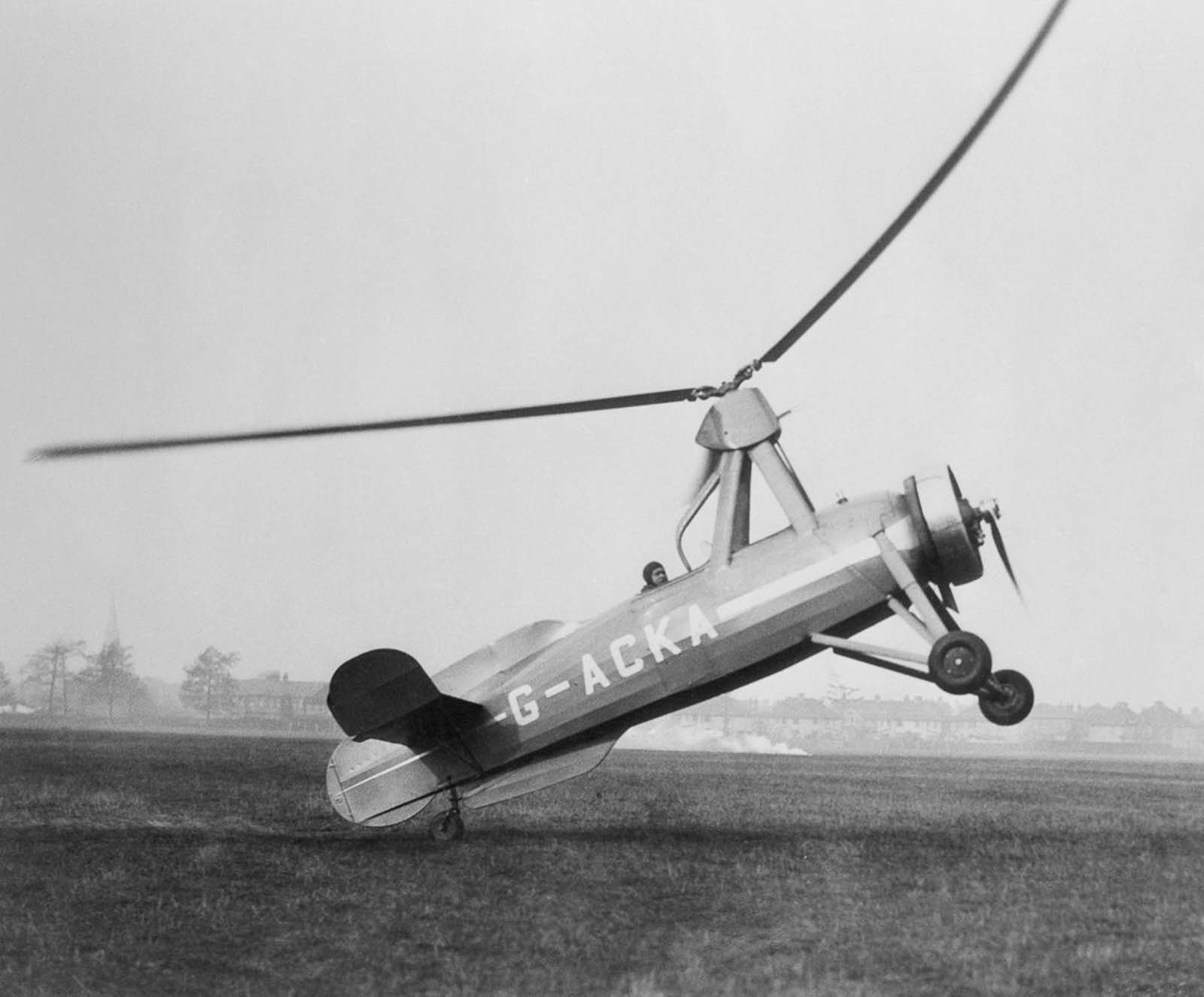 A wingless variant of an autogyro designed by Juan de la Cierva. 1930. 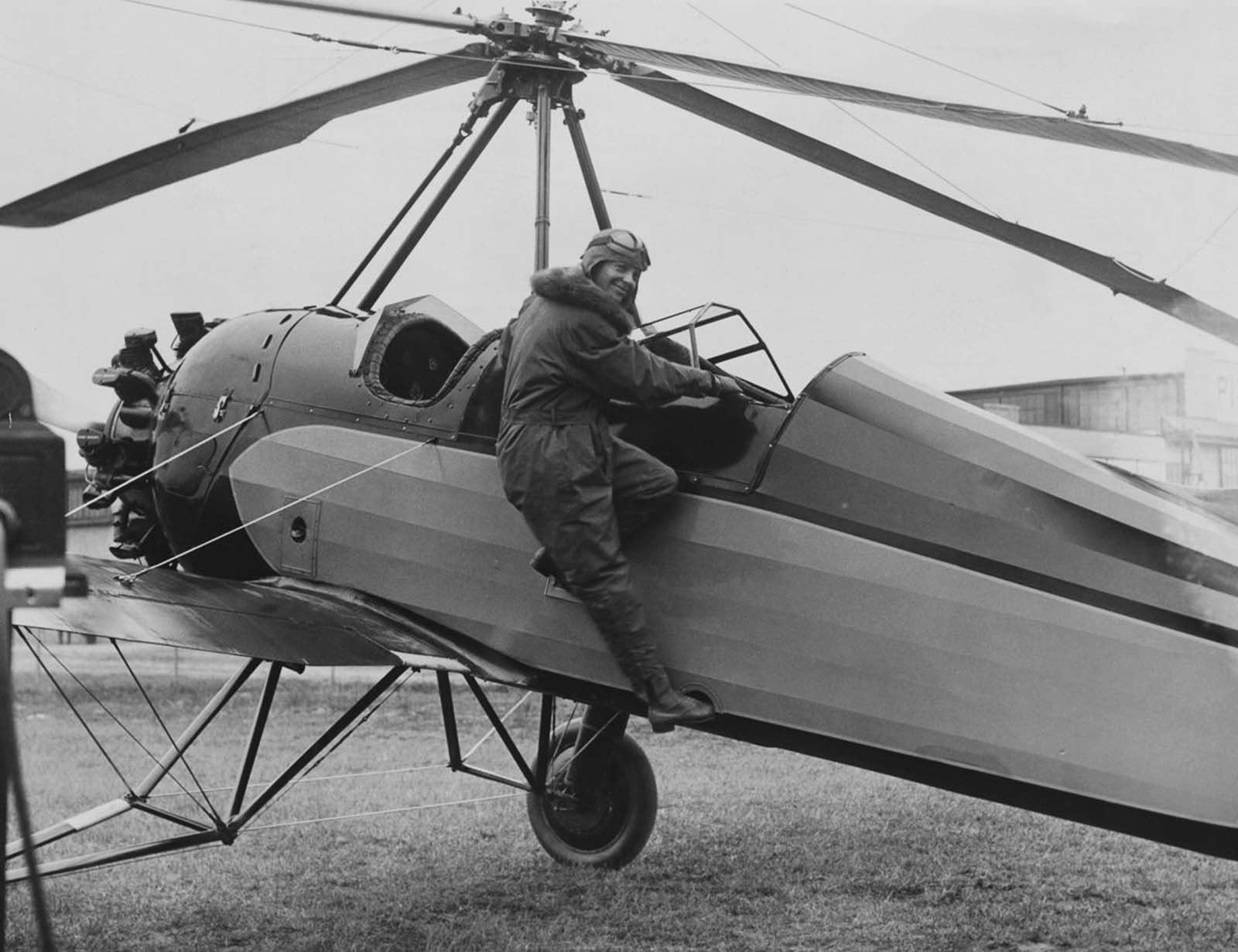 Amelia Earhart boards an autogyro, with which she set a women’s autogyro altitude record of 18,415 feet in April 1931. 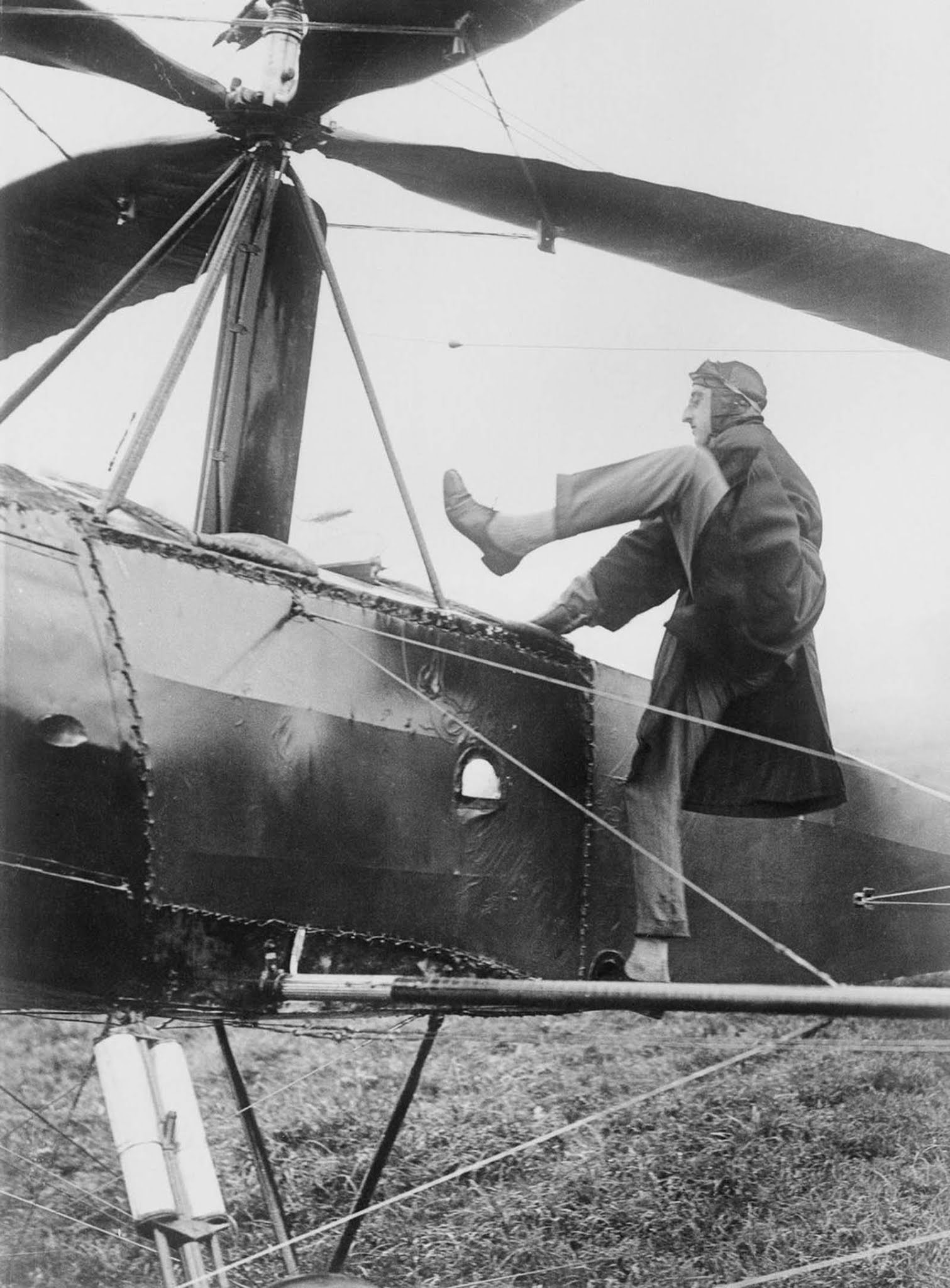 Captain Frank Courtney boards an autogyro for a test flight. 1925. 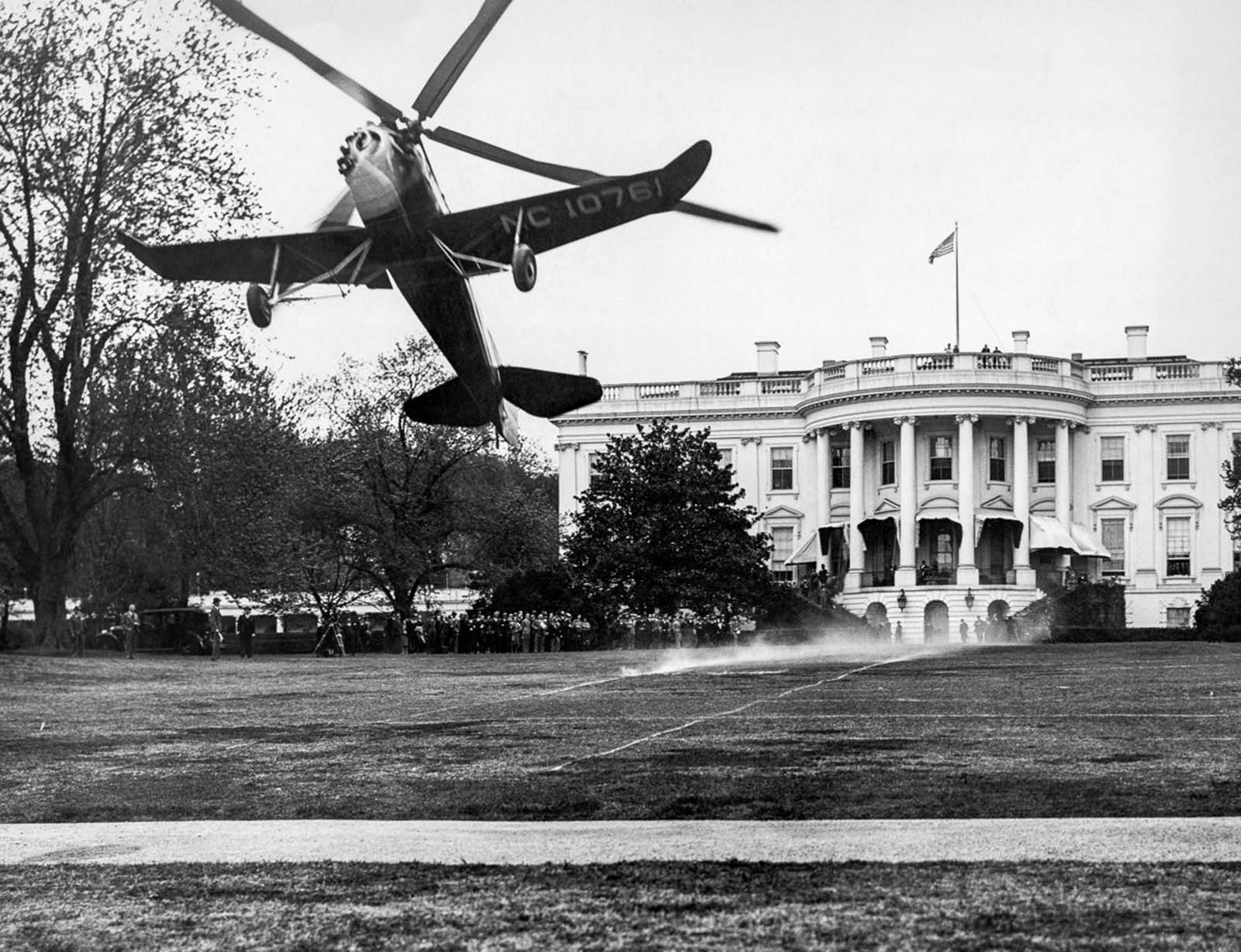 An autogyro takes off after landing on the White House lawn. 1931. 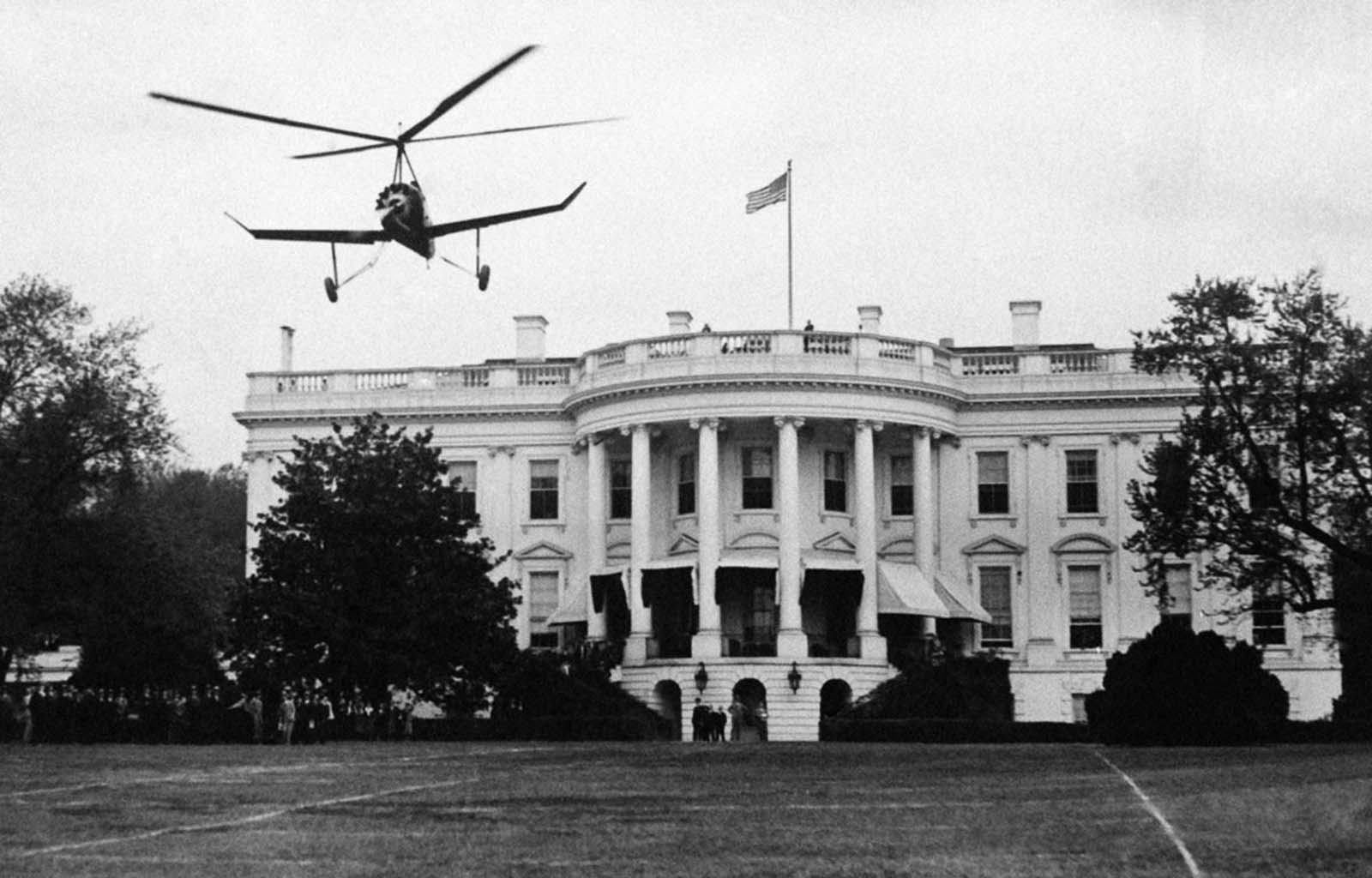 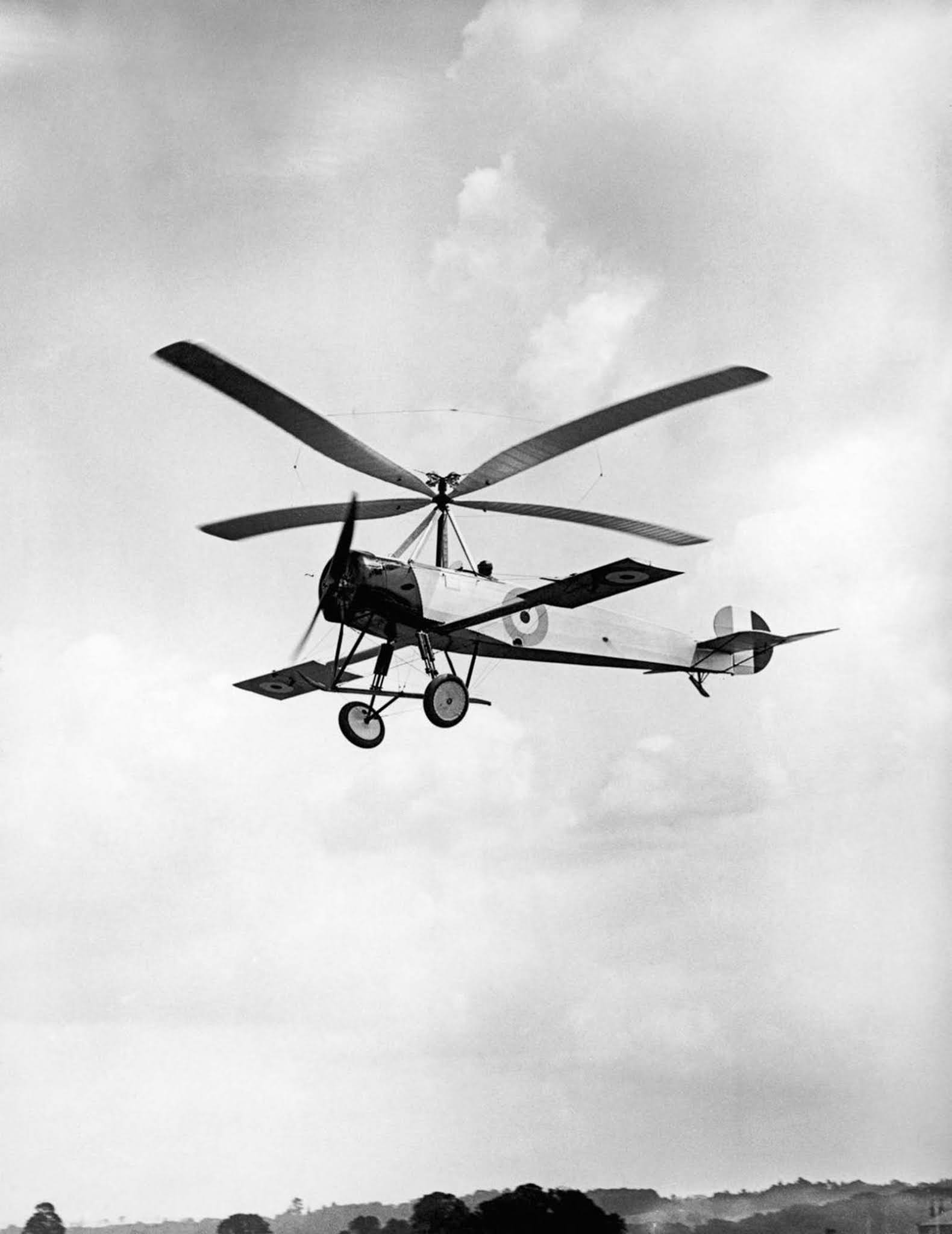 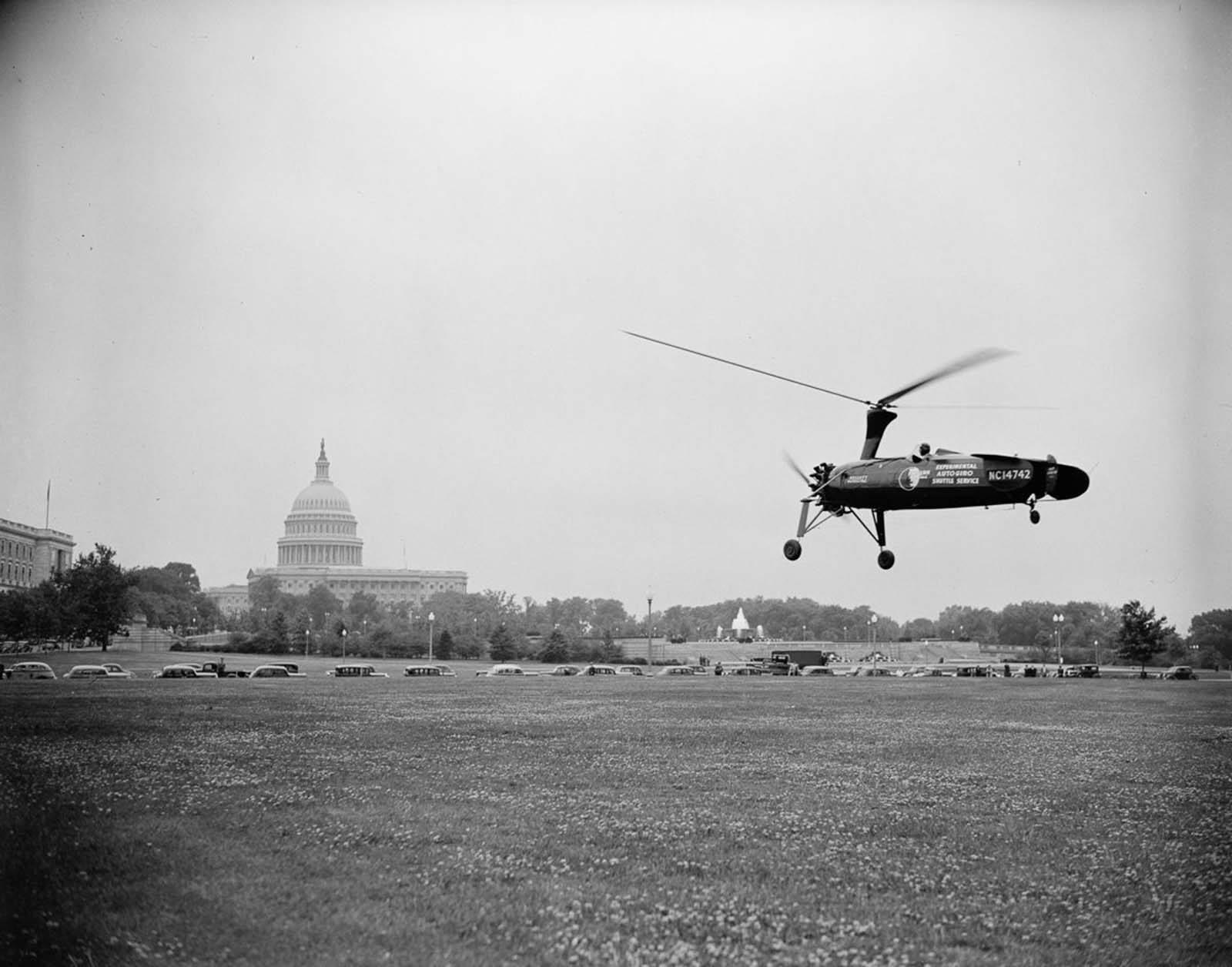 An autogyro lands on the grounds of the Washington, D.C. post office to demonstrate the feasibility of using autogyros to deliver mail. 1938. 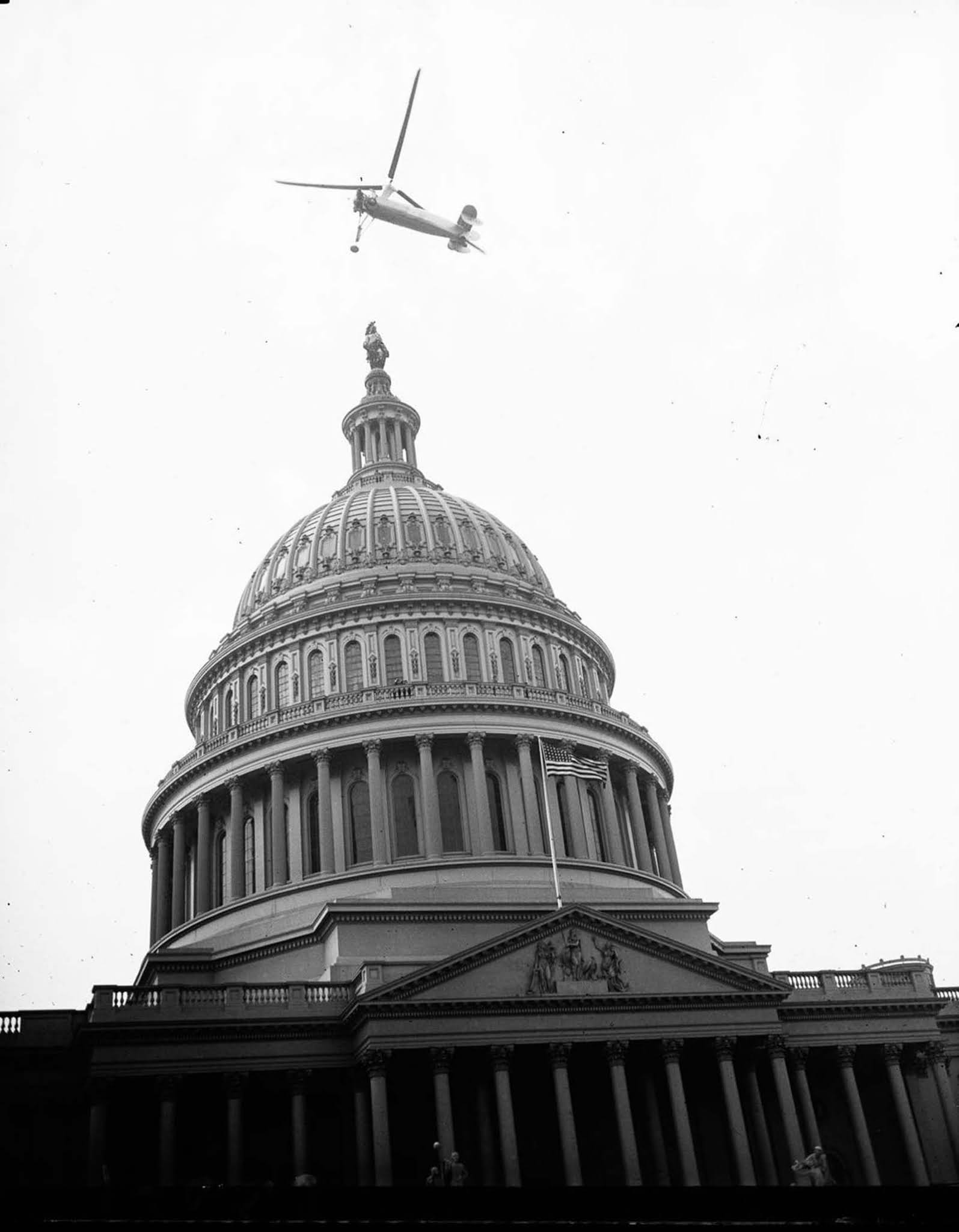