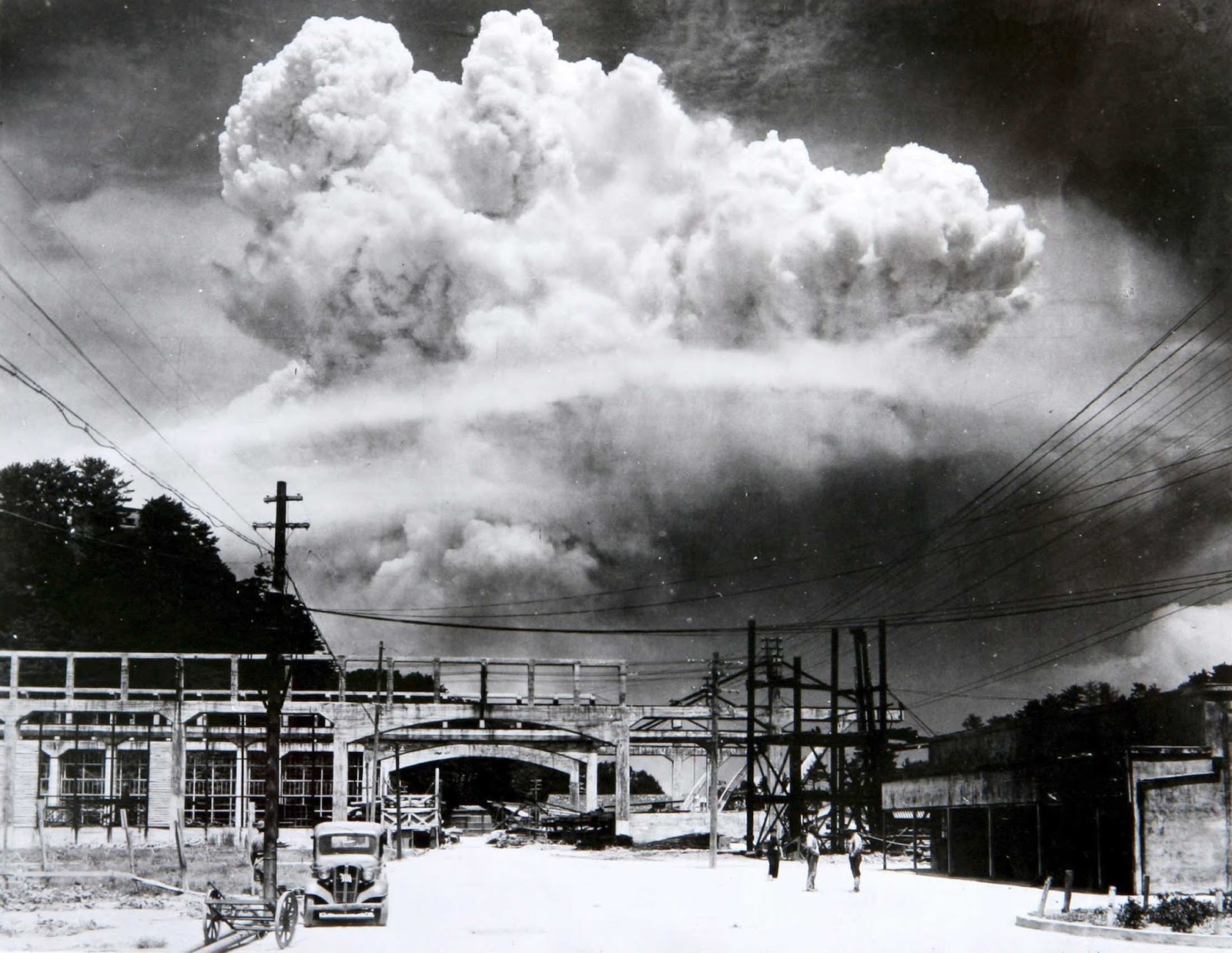 The rising mushroom cloud over Nagasaki, a few minutes after the nuclear bomb was detonated, August 9, 1945. Picture taken from Koyagi-jima, 5 miles from the center of Nagasaki.

This is believed to be the earliest photograph from the ground, 15 minutes after the plutonium bomb detonated over Nagasaki. The destruction was so incredible that there is no count on how many people died that day.

The atomic bombings of Hiroshima and Nagasaki will forever live in the pages of history as two of the most significant turning points in modern history, initiating the world into the nuclear age.

At 03:49 on the morning of August 9, 1945, Bockscar carried Fat Man, with Kokura as the primary target and Nagasaki the secondary target. The mission plan for the second attack was nearly identical to that of the Hiroshima mission, with two B-29s flying an hour ahead as weather scouts and two additional B-29s in Bockscar’s flight for instrumentation and photographic support of the mission.

The crew had been expressly ordered to pick out their target visually, rather than by radar, since the explosive reach of the bomb, although astonishing, was still limited enough that to be off by a mile or two might result in the majority of its power being wasted.

After exceeding the original departure time limit by a half-hour, Bockscar, finally was over Kokura. The delay had resulted in clouds and drifting smoke from fires started by a major firebombing raid on nearby Yahata the previous day over Kokura.

Additionally, the Yawata Steel Works intentionally burned coal tar, to produce black smoke. The clouds and smoke resulted in 70% of the area over Kokura being covered, obscuring the aiming point. After three runs over the city, and with fuel running low, the wing headed for their secondary target, Nagasaki.

Bockscar arrived at Nagasaki at 11:50 A.M. Tinian time, by which point it had been in the air for nearly eight hours. Given the plane’s mechanical problems, the crew was close to the point at which they would have to turn back or risk ditching.

The Fat Man weapon, containing a core of about 6.4 kg (14 lb) of plutonium, was dropped over the city’s industrial valley. It exploded 47 seconds later at 1,650 ft (503 m), above a tennis court halfway between the Mitsubishi Steel and Arms Works in the south and the Nagasaki Arsenal in the north.

Forty thousand people died, and another forty thousand were injured, according to the American government’s postwar estimates. The radius of total destruction was about 1 mi (1.6 km), followed by fires across the northern portion of the city to 2 mi (3.2 km) south of the bomb.

On August 12, the Emperor of Japan informed the imperial family of his decision to surrender. Even though the War Council still remained divided (“It is far too early to say that the war is lost,” opined the Minister of War), Emperor Hirohito, by request of two War Council members eager to end the war, met with the Council and declared that “continuing the war can only result in the annihilation of the Japanese people…”. The Emperor of Japan gave his permission for unconditional surrender.