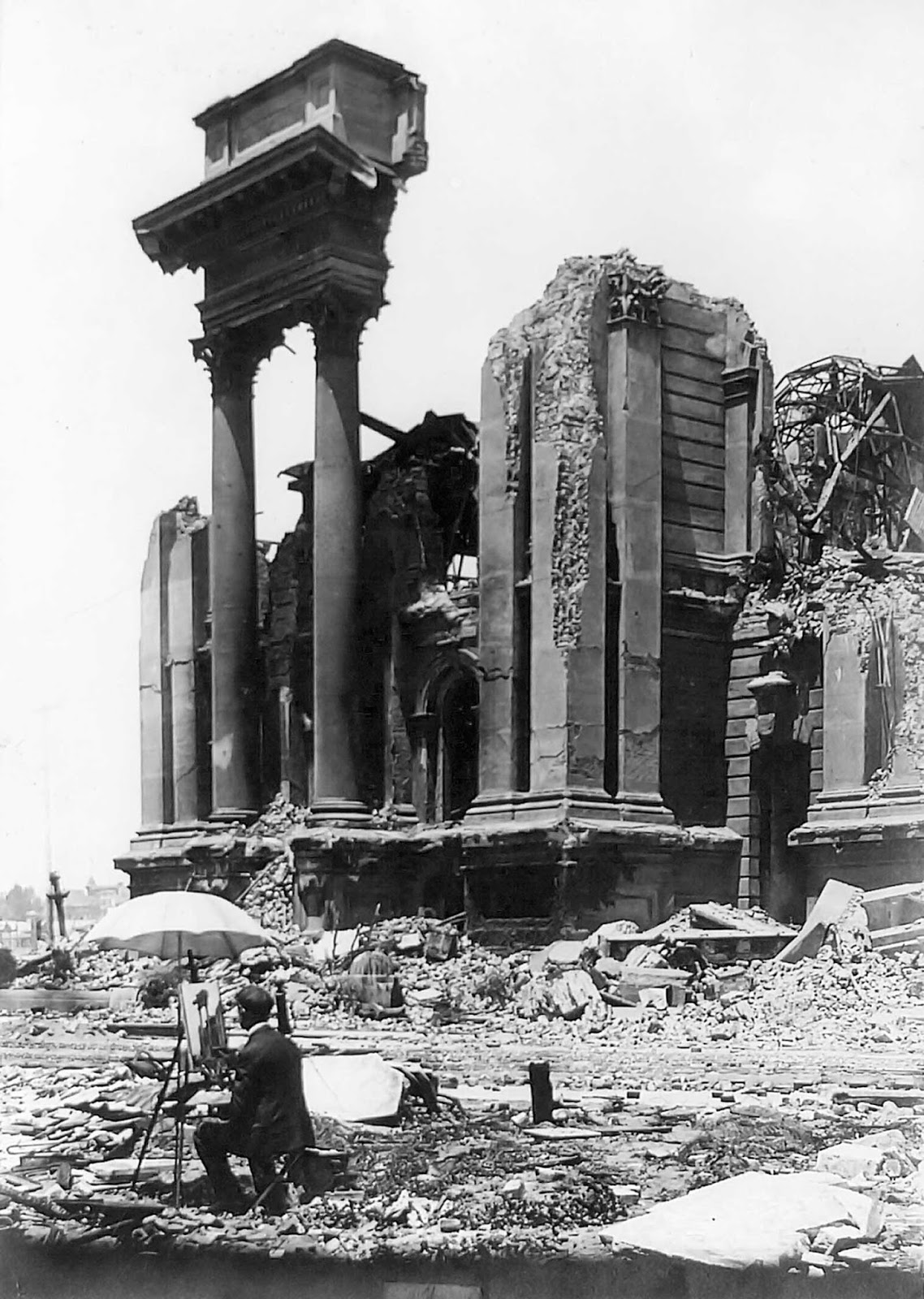 Fires broke out in many parts of town, some initially fueled by natural gas mains broken by the quake.

One of the most appalling disasters that have ever been recorded in American history befell San Francisco in 1906 when an earthquake struck the Californian city on the early morning of April 18th. Modern analysis estimates it registered 8.25 on the Richter scale. The events are remembered as one of the worst and deadliest natural disasters in the history of the United States.

The greatest destruction came from the fires the quake ignited. The earthquake ruptured the gas mains even as it allowed ignition accidents in various ways from the hundreds of open flames being used for lighting and cooking. The wooden buildings caught fire easily, and the water mains damaged by the quake were useless for firefighting.

The fires ravaged the city for three days before burning themselves out. The maelstrom destroyed 490 city blocks, a total of 25,000 buildings, and made over 250,000 homeless.

At the time only 478 deaths were reported, a figure concocted by government officials who felt that reporting the true death toll would hurt real estate prices and efforts to rebuild the city.

This figure has been revised to today’s conservative estimate of over 3,000 people. Property estimated to the amount of $400,000,000 was destroyed. Buildings, in some cases with people still in them, were dynamited, while the military rule was enforced about the streets, looters being shot on sight. Here’s a chilling photo collection: The Great 1906 San Francisco Earthquake and Fire in pictures, 1906. 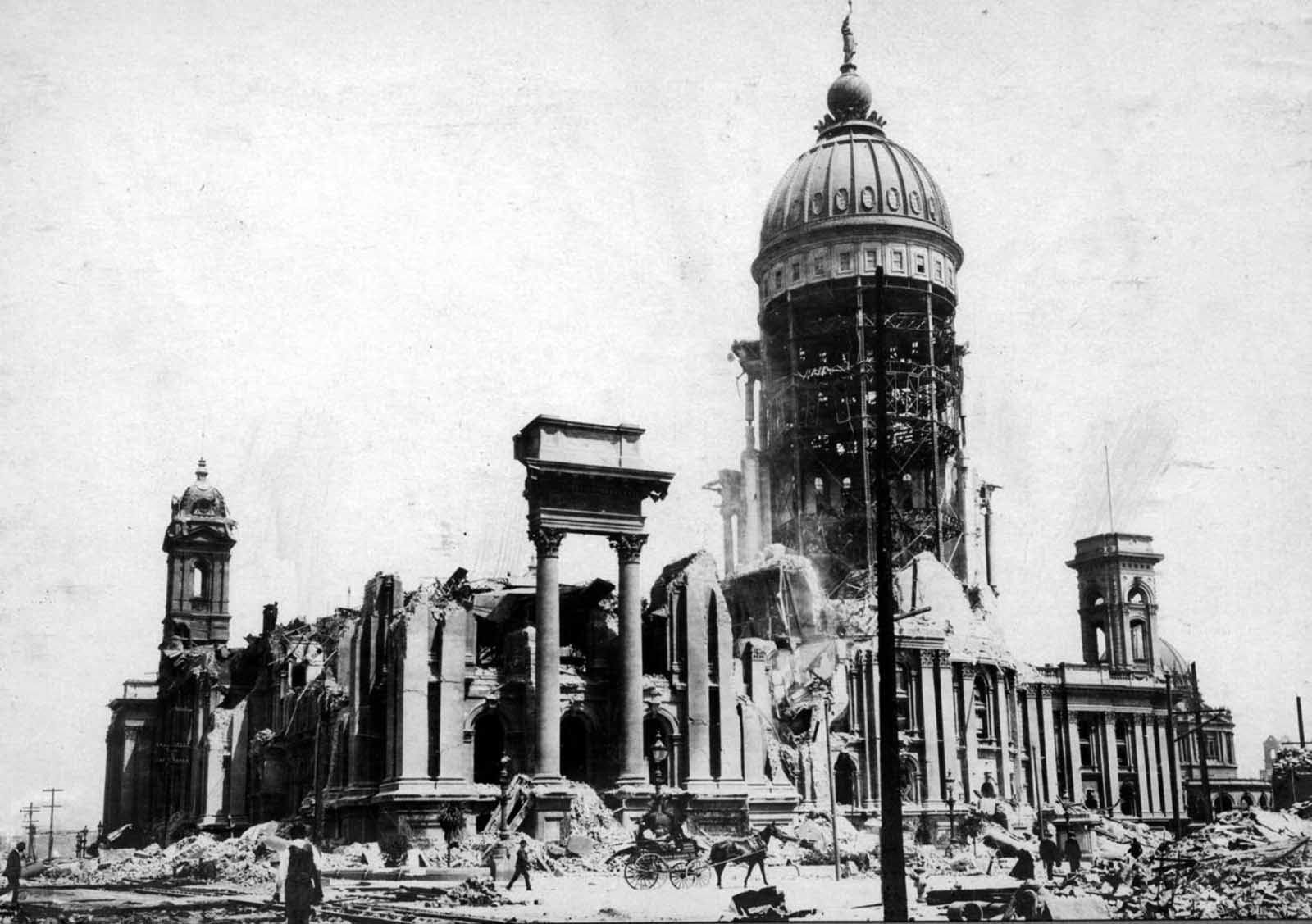 Despite the utter devastation, San Francisco quickly recovered from the earthquake, and the destruction actually allowed planners to create a new and improved city.

Rebuilding funds were immediately tied up by the fact that virtually all the major banks had been sites of the conflagration, requiring a lengthy wait of seven-to-ten days before their fire-proof vaults could cool sufficiently to be safely opened.

The destruction of the urban center at San Francisco also encouraged the growth of new towns around the San Francisco Bay, making room for a population boom arriving from other parts of the United States and abroad.