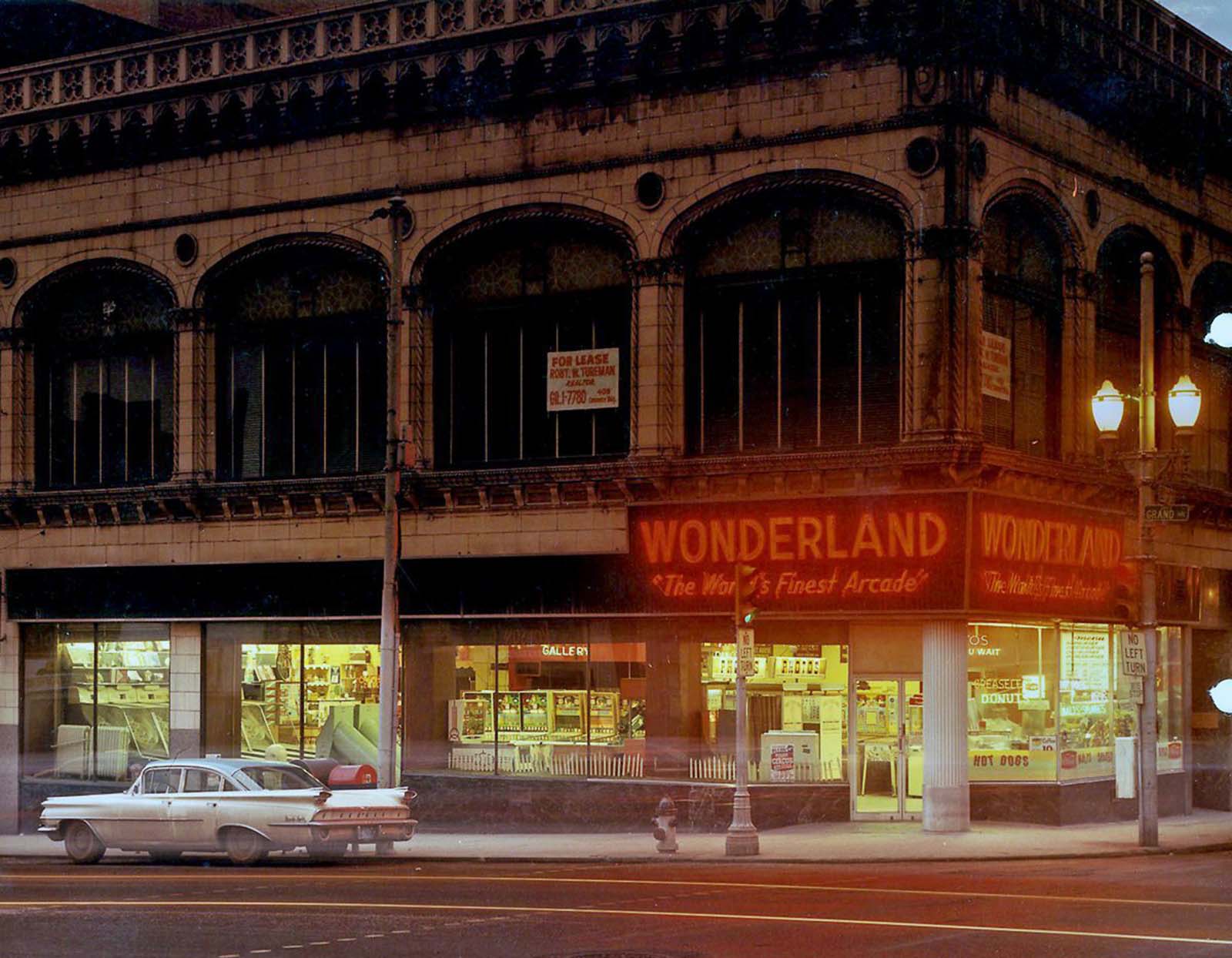 An arcade game or coin-op game is a coin-operated entertainment machine typically installed in public businesses such as restaurants, bars, and amusement arcades.

In the days before video games, amusement arcades were filled with a panoply of analog entertainment, from shooting galleries to skeeball to mechanical fortune tellers to endless varieties of pinball. These photographs of a conspicuously empty Wonderland Arcade (located in Missouri) were created as exhibit evidence in a federal case brought against the arcade related to taxation of its penny bingo games.

The Golden Age of arcade games is commonly referred to as the peak of the arcade game industry, due to the advances in technology and rapid popularity. Although the exact date range of this time period is unknown, many experts agree that the era occurred from the late 1970s to the mid-1980s.

In comparison to the video games we play today, the graphics and technology used in arcade games during the Golden Age were quite simplistic. Instead of flashy graphics, audio, and controls, the games relied on fascinating gameplay, storylines, and notable characters.

During this time period, the arcade game industry experienced massive growth in revenue and popularity. For instance, the entire revenue of the industry tripled to approximately $2.8 billion in 1980. In addition, the number of arcades across the globe doubled between 1980 and 1983.

In the mid-’90s, though, the scene was slowly losing the interest of the people because many of the games in arcades were slowly being ported over to home consoles, which gained popularity because it’s a cheaper, easier way to play games than going to the nearby arcade or food chain and dropping quarters.

The decline of arcade games was so great that many arcades went out of business and many establishments aside from malls almost completely removed their arcade cabinets. 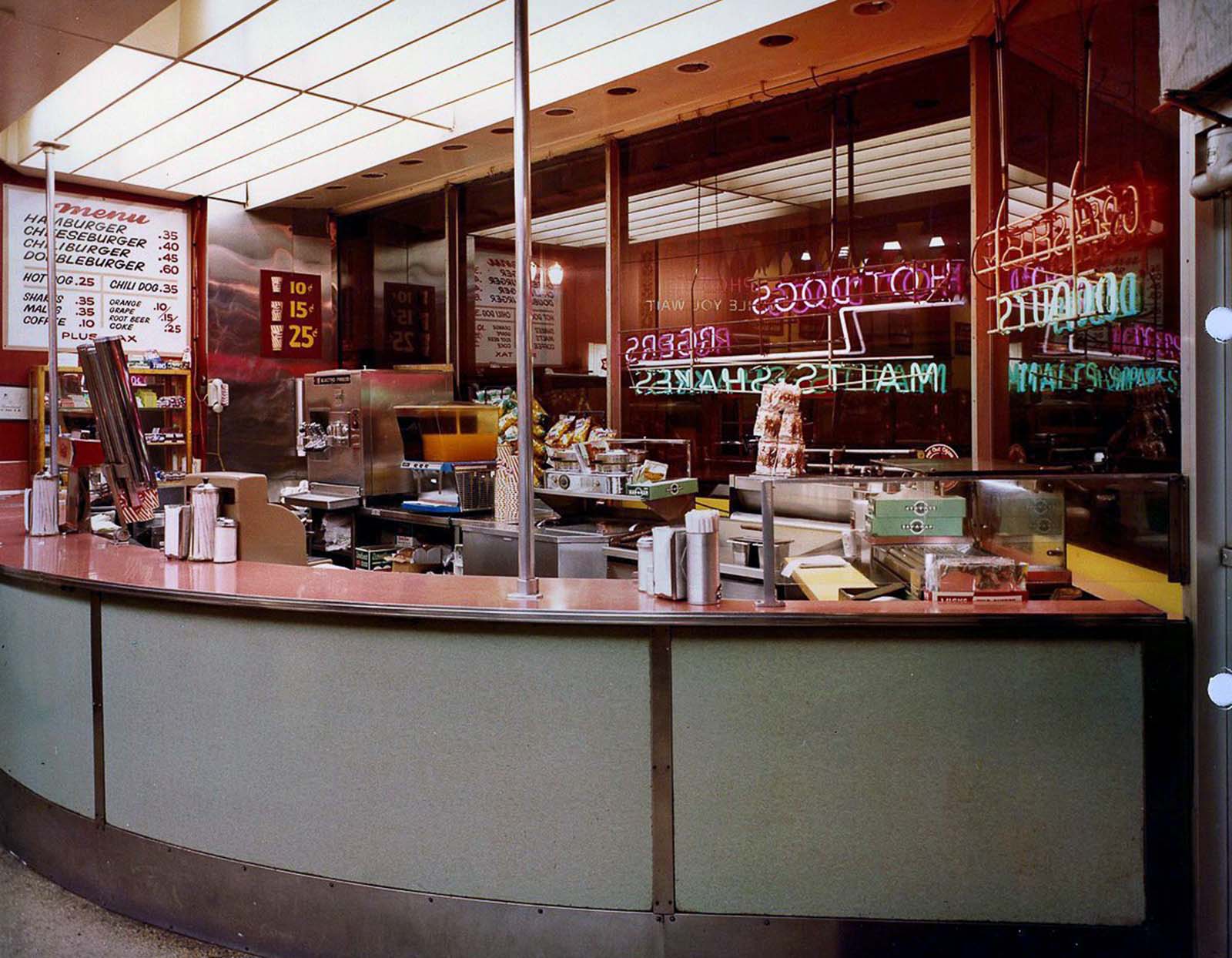 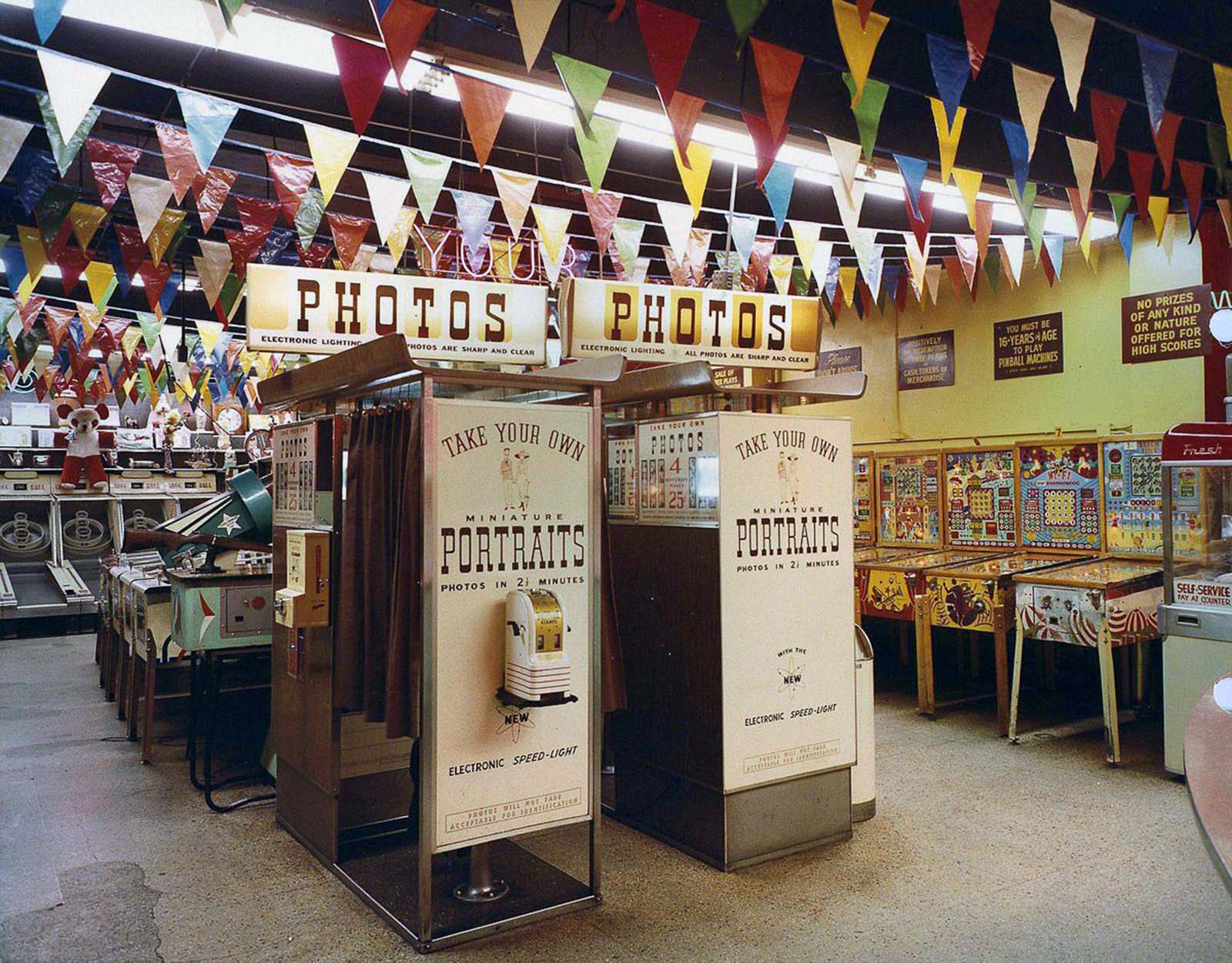 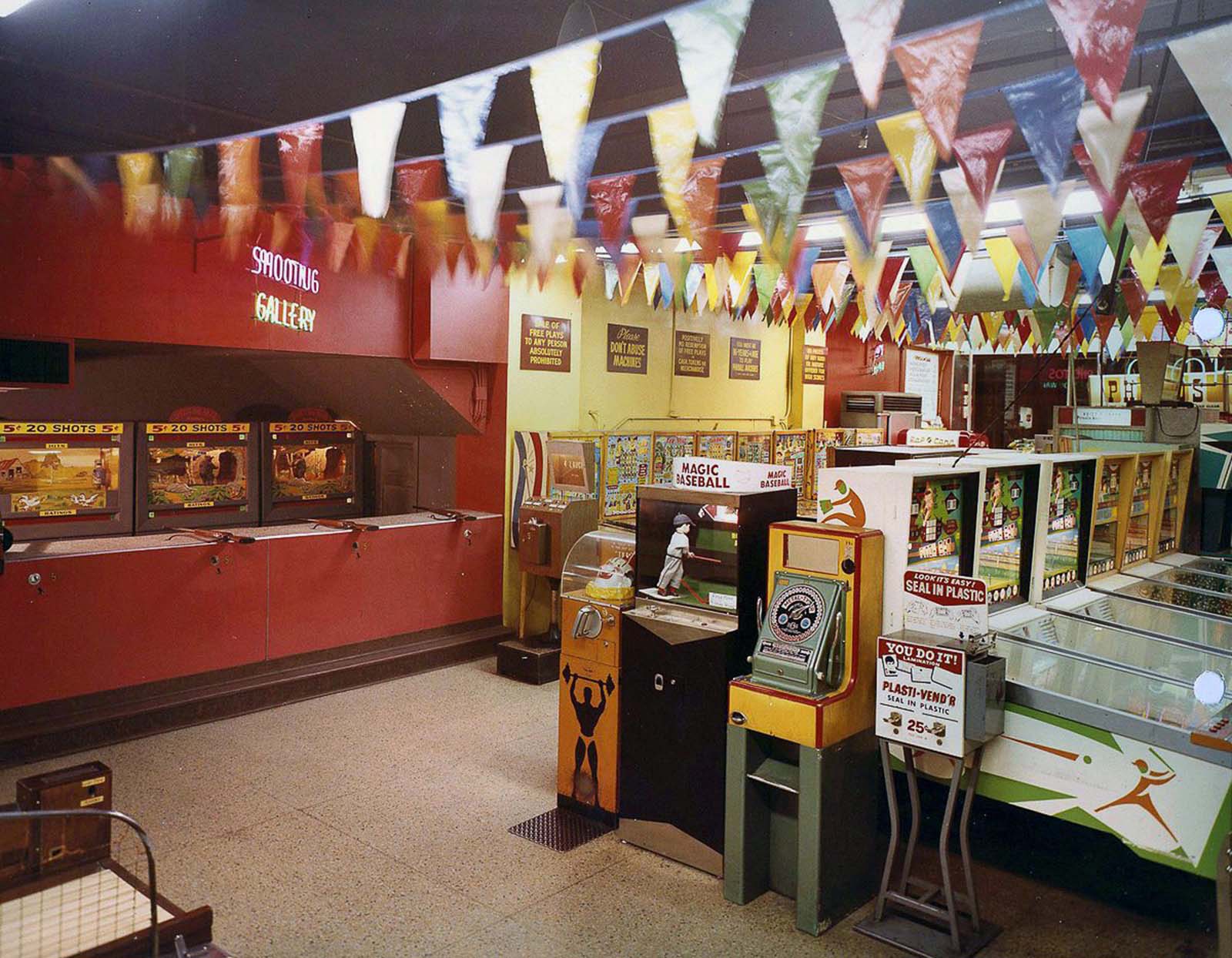 A great example at that time where the light gun shooter games where you are given a plastic gun and point at a screen to shoot whatever is on screen. 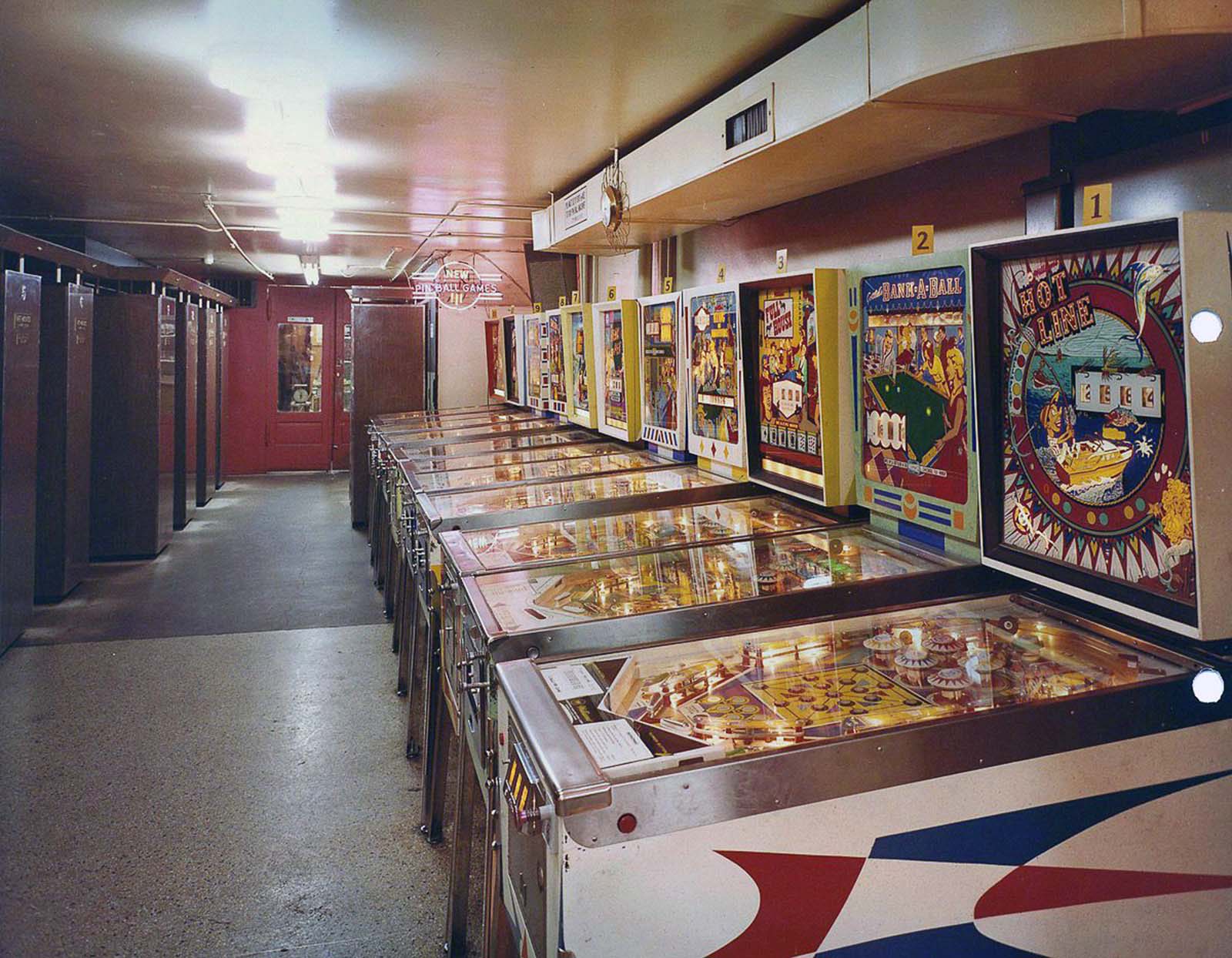 The arcades were so popular that many food chains started adding in coin operated arcade machines in their restaurants, like Chuck E. Cheese’s and Dave and Busters. 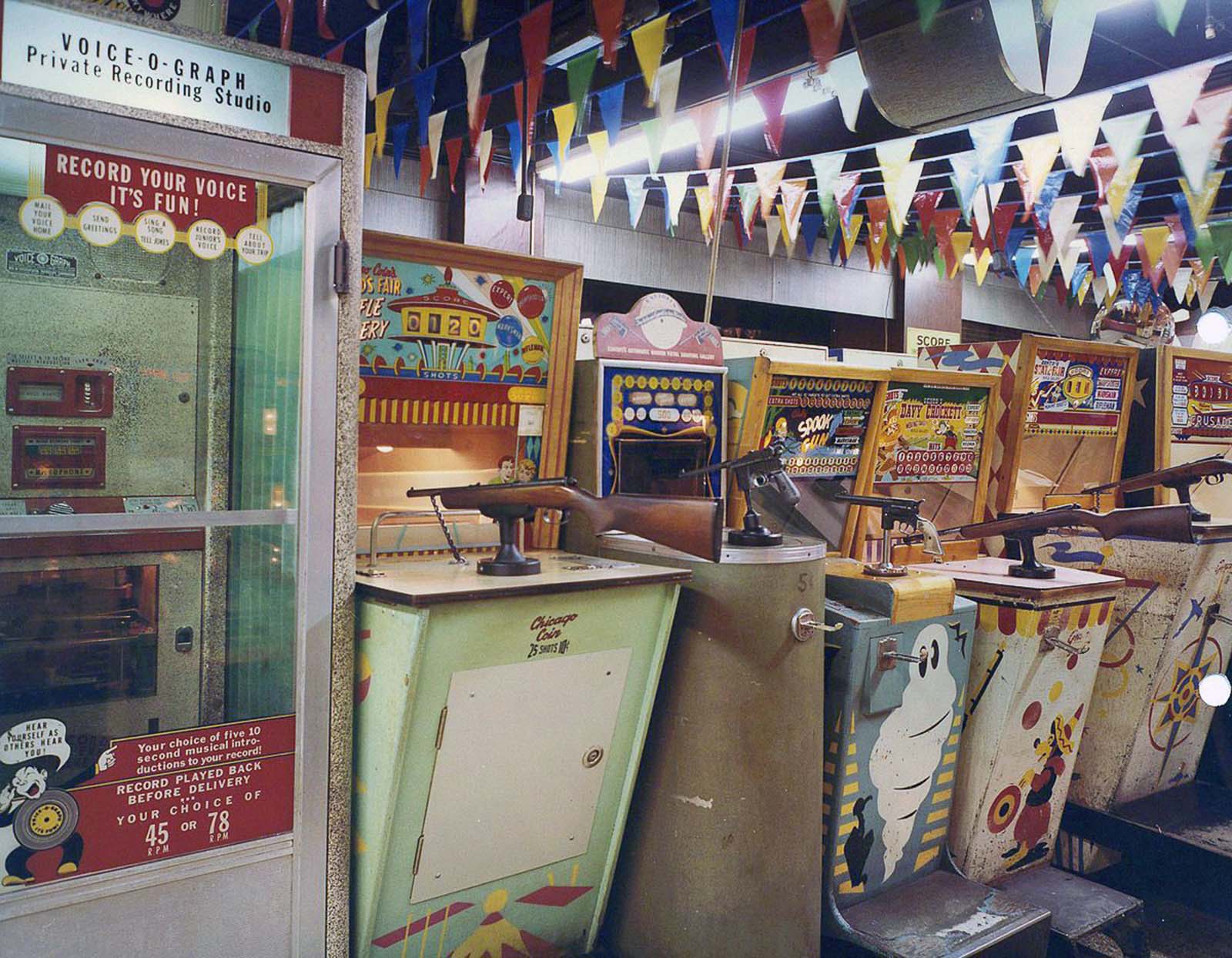 With the 80’s coming in with better technology being discovered, games became better with different ways to play, with the most prevalent being the motion controlled games where you can play motorcycle racing games with a plastic motorcycle that you can ride and control to control the motorcycle on the game screen. 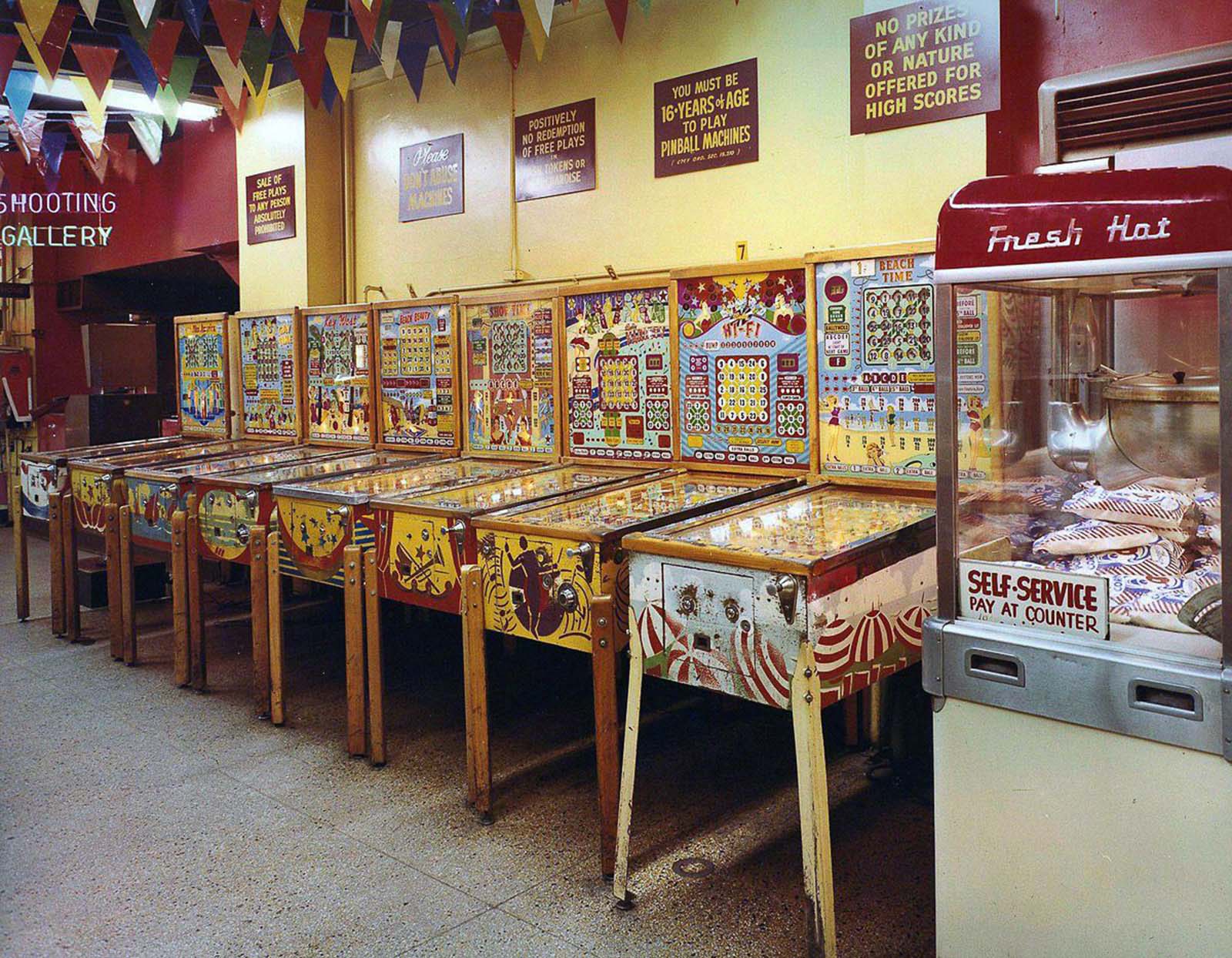 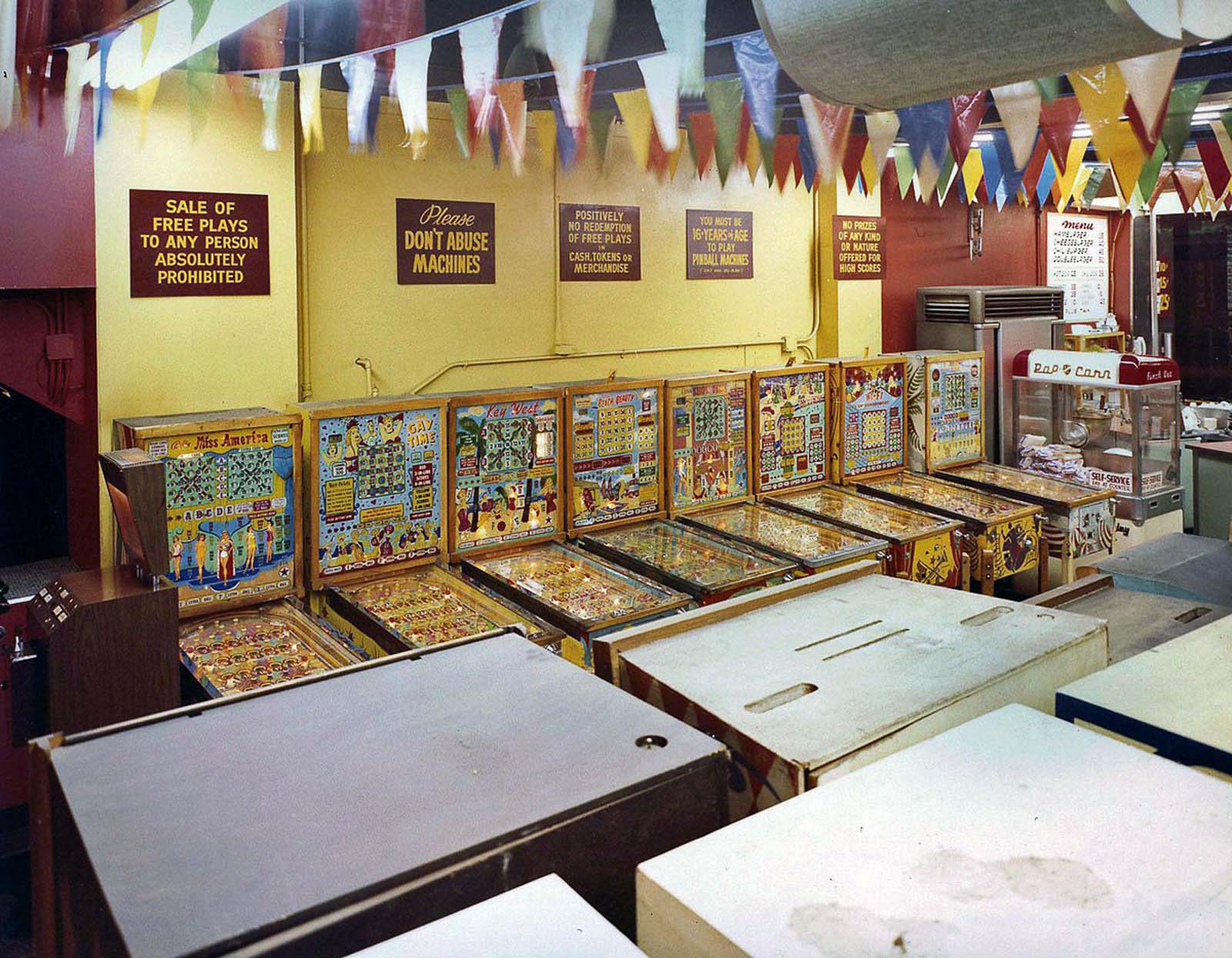 In 1966, Sega released the electro-mechanical game called Periscope, which was a submarine simulator and light gun shooter. The game had a huge success in Europe, North America, and Japan. 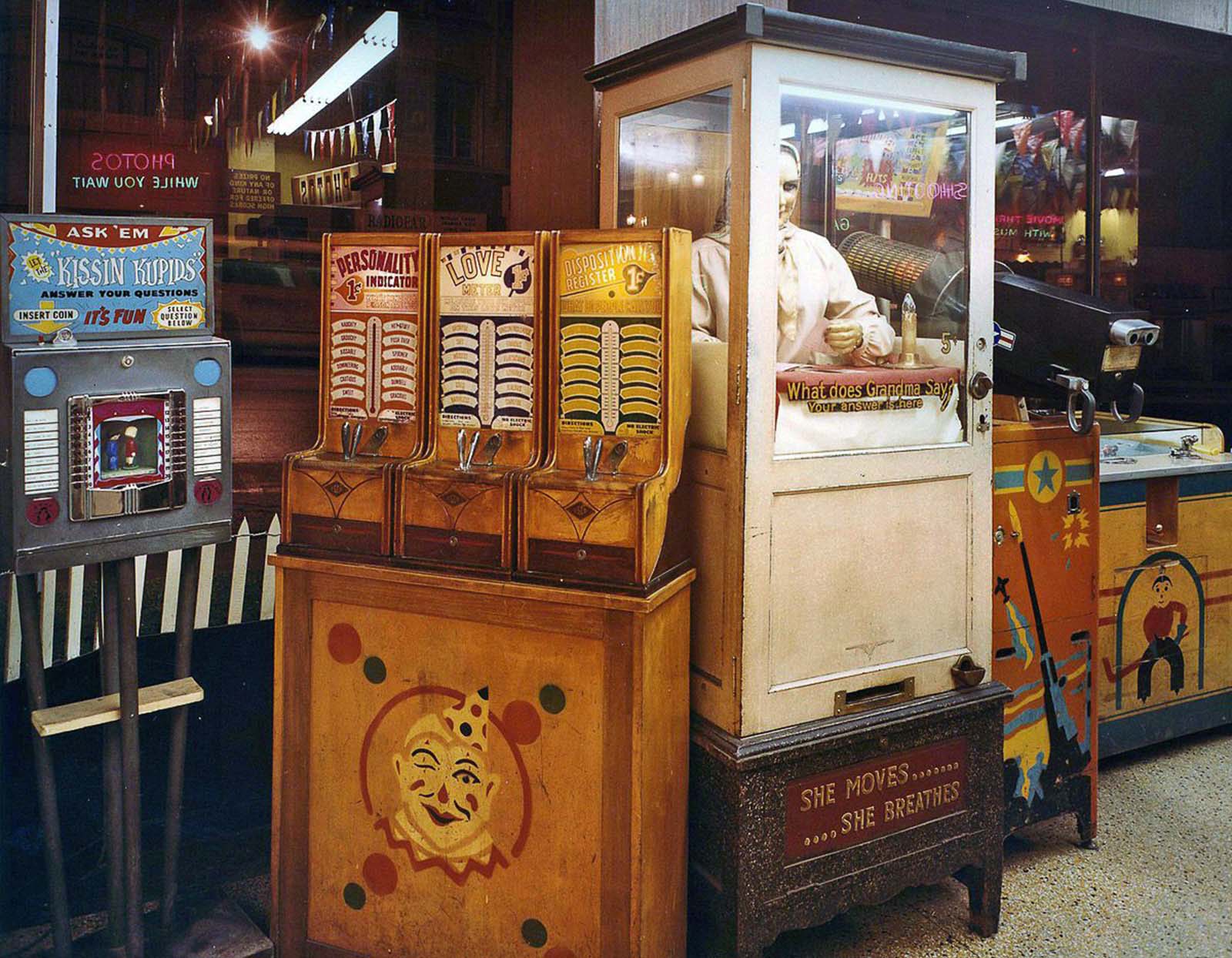 As mentioned earlier in this article, something has caused the popularity of arcade video games to decline significantly – the emergence of the fifth-generation home consoles like Sega Saturn, Nintendo 64, and PlayStation, which offered true 3D graphics. 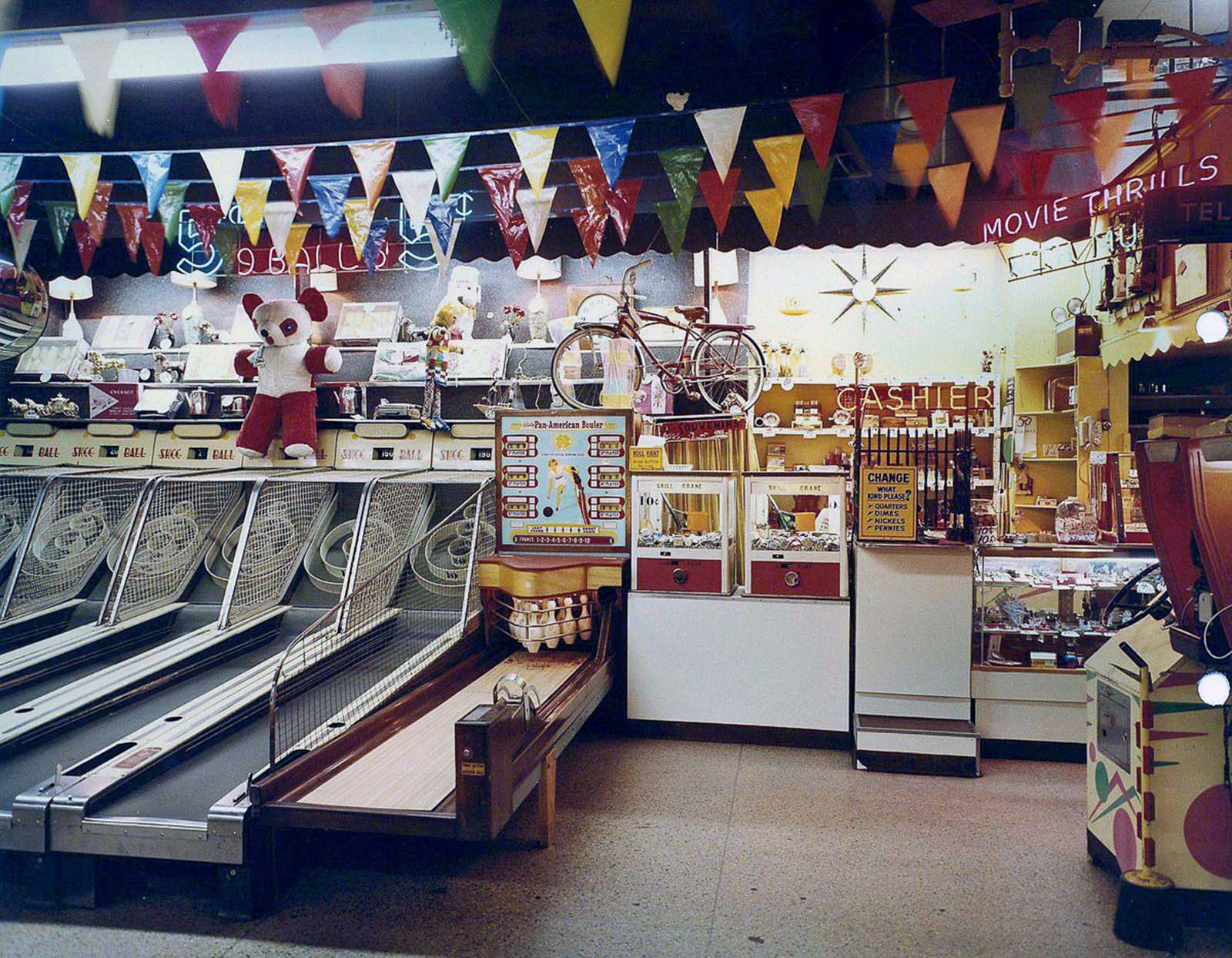 Excluding a brief resurgence in the early 1990s, the arcade industry subsequently declined in the Western hemisphere as competing home video game consoles such as the Sony PlayStation and Microsoft Xbox increased in their graphics and game-play capability and decreased in cost.