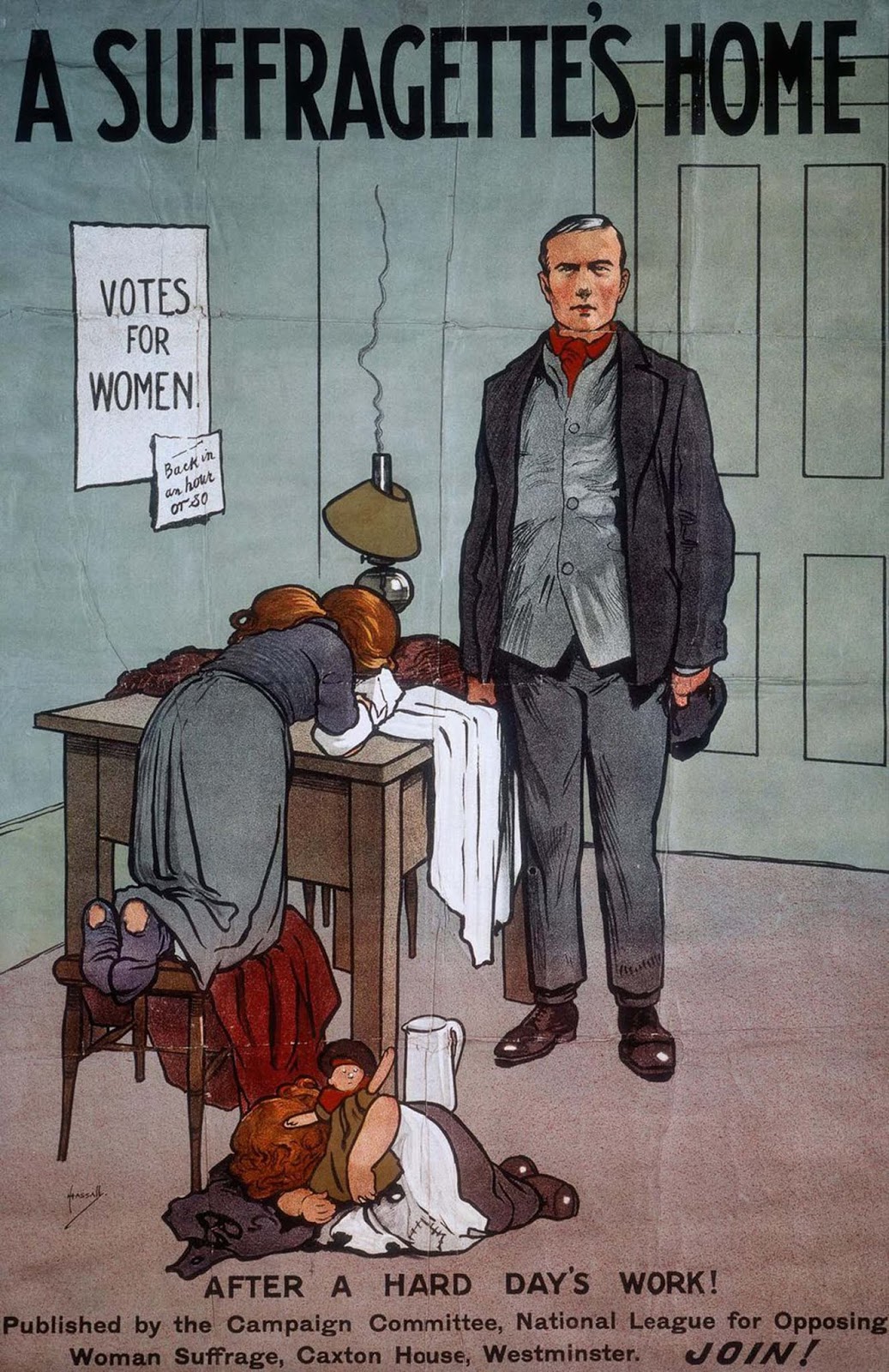 In the aftermath of the Civil War, Susan B. Anthony and Elizabeth Cady Stanton found themselves increasingly at odds with many of their former reform allies. Many reformers wanted to focus on winning rights — including the right to vote — for newly emancipated African-American men. Their efforts led to the passing of the 14th and 15th Amendments to the Constitution. Anthony and Stanton were against these amendments because they included the word “male.” They believed that with the word “male” written in these amendments, it would be even harder for women to obtain the right to vote for women.

At the turn of the century, women reformers in the club movement and in the settlement house movement wanted to pass reform legislation. However, many politicians were unwilling to listen to a disenfranchised group. Thus, over time women began to realize that in order to achieve reform, they needed to win the right to vote. For these reasons, at the turn of the century, the woman suffrage movement became a mass movement.

Women’s suffrage was cast by opponents as a threat to the very fabric of society, the integrity of the family and the security of masculinity itself. In 1920, due to the combined efforts of the NAWSA and the NWP, the 19th Amendment, enfranchising women, was finally ratified. This victory is considered the most significant achievement of women in the Progressive Era. It was the single largest extension of democratic voting rights in our America’s history, and it was achieved peacefully, through democratic processes. 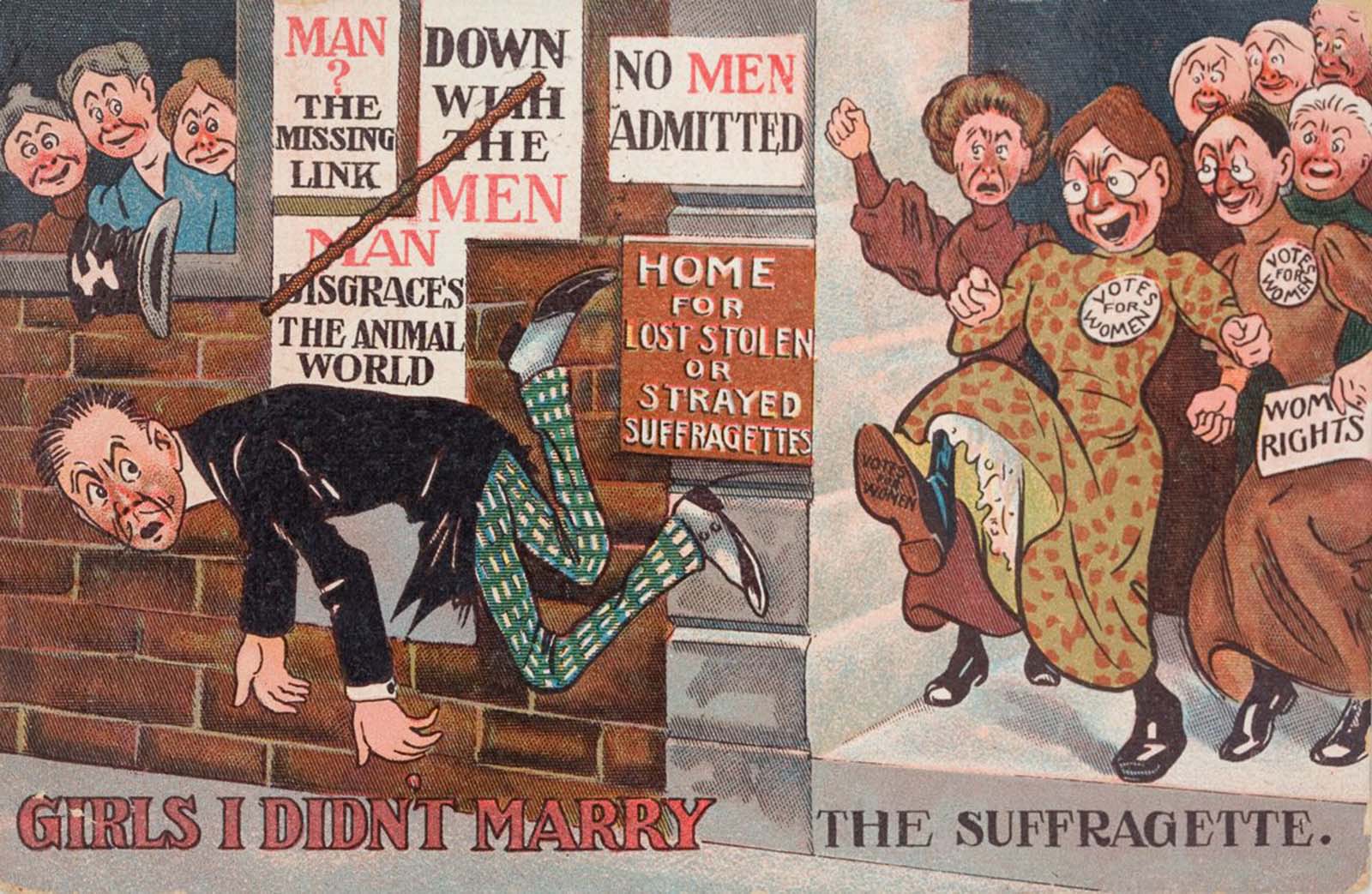 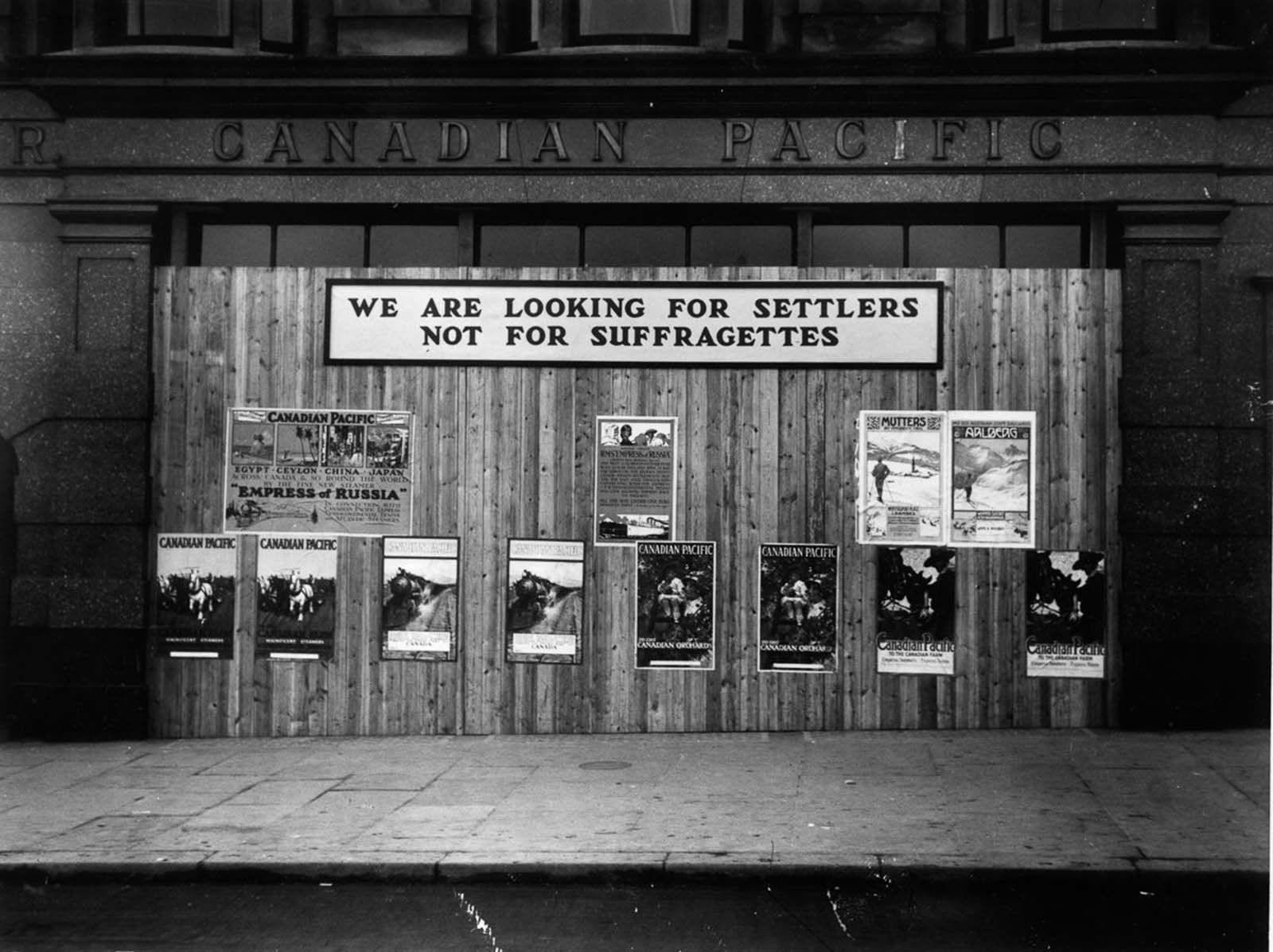 An anti-suffrage sign posted by the Canadian Pacific Railway Company in London. 1913. 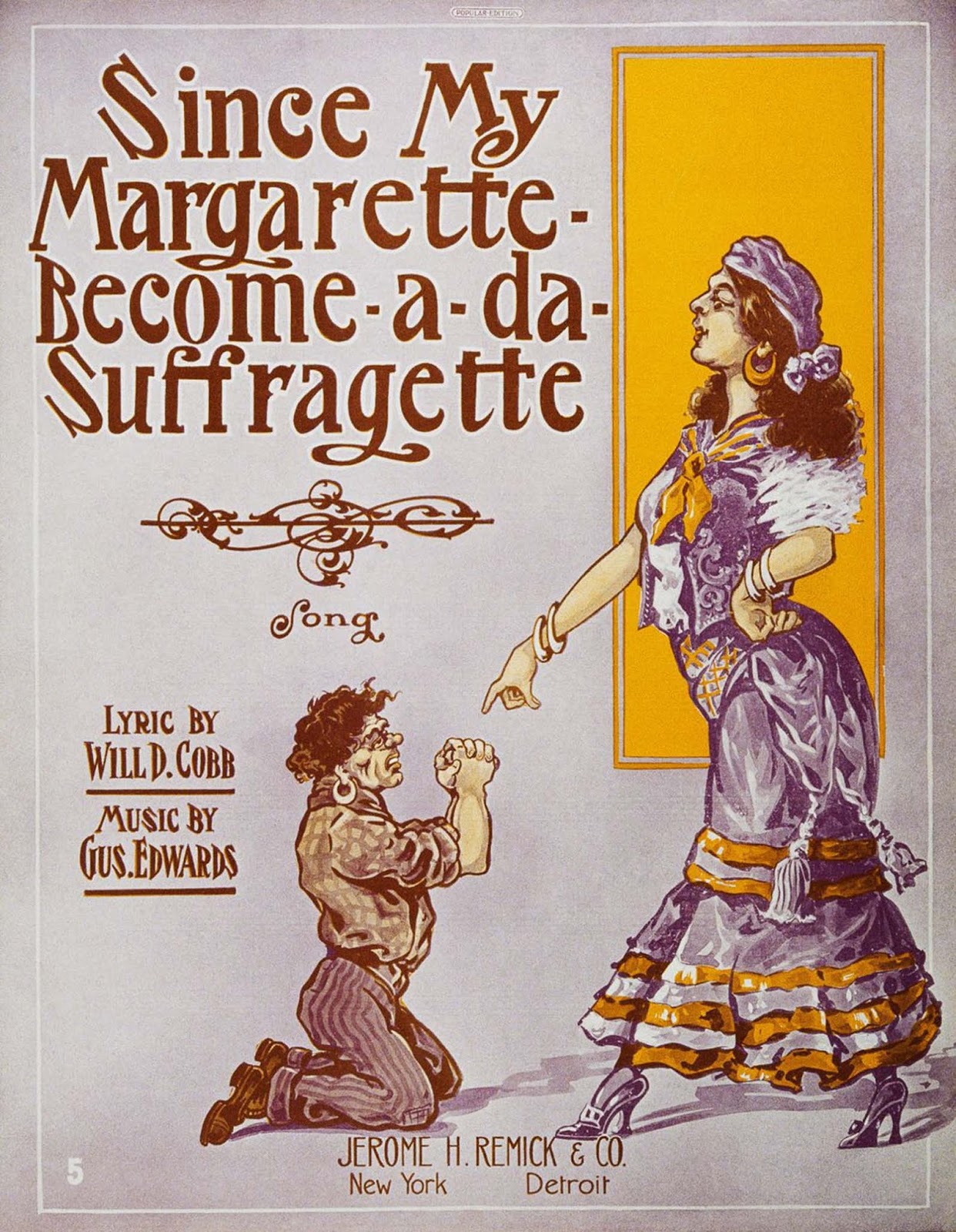 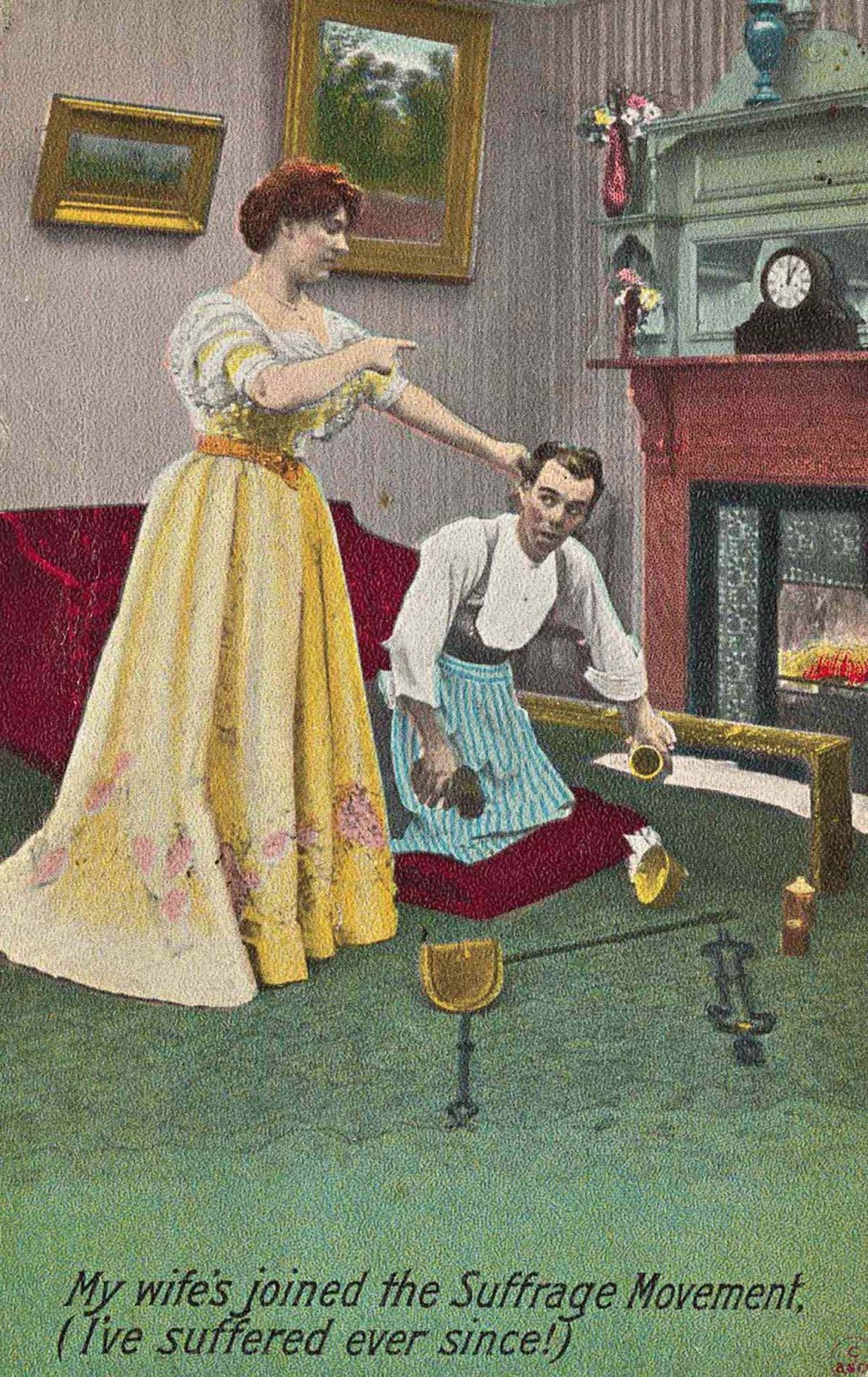 My wife joined the Suffrage Movement. 1900. 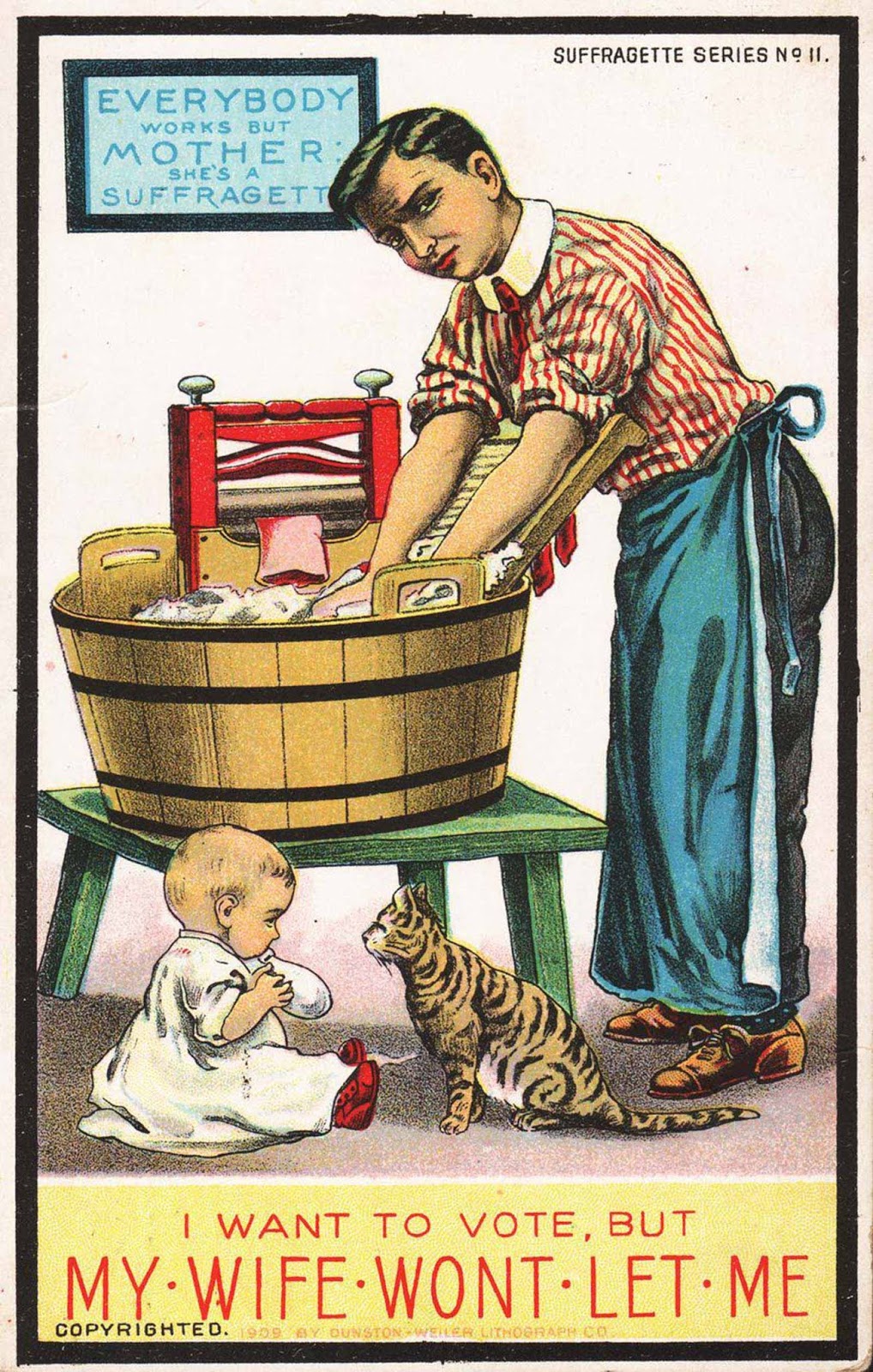 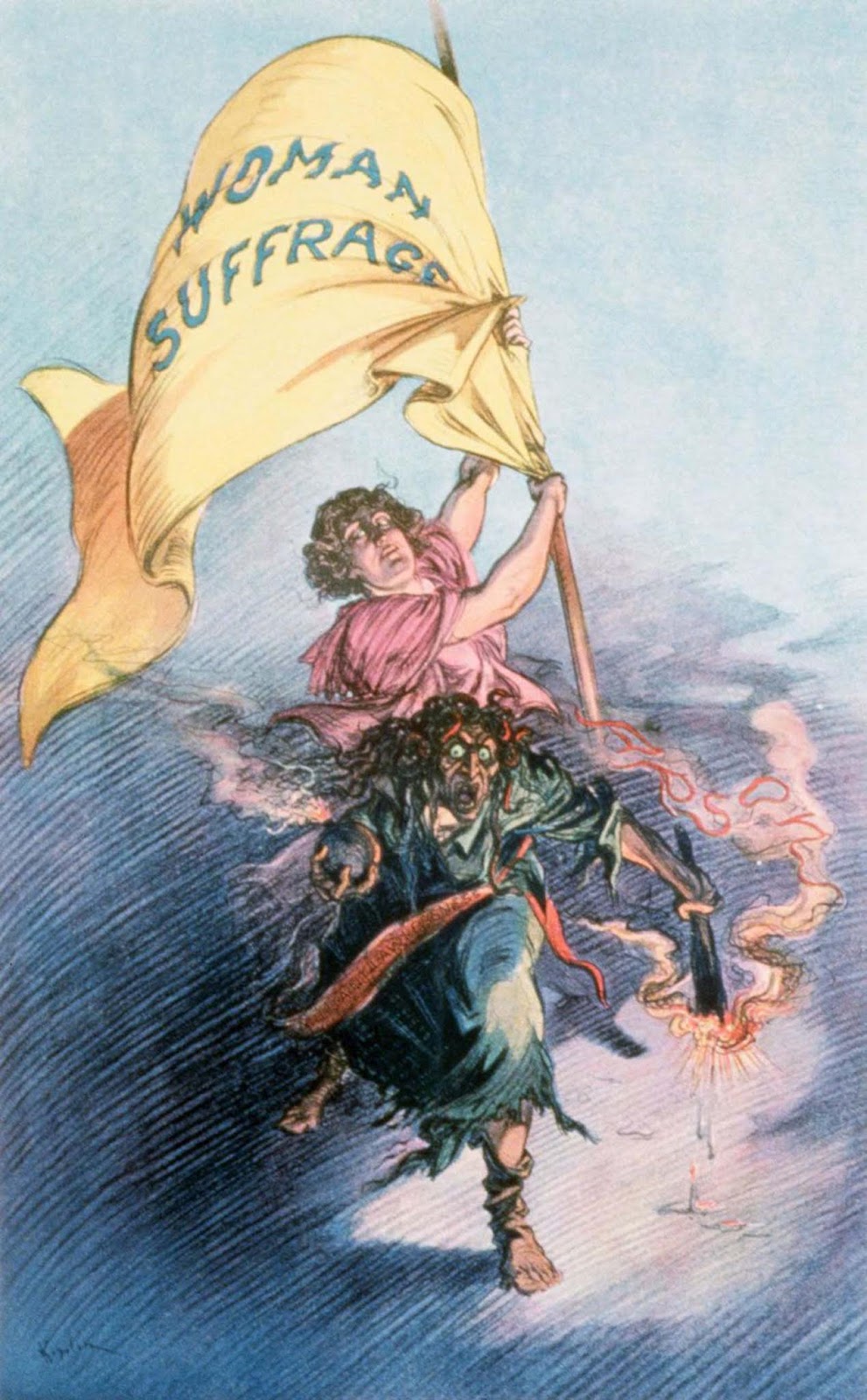 A cartoon from Puck magazine depicts suffragettes as Jekyll and Hyde figures. 1913. 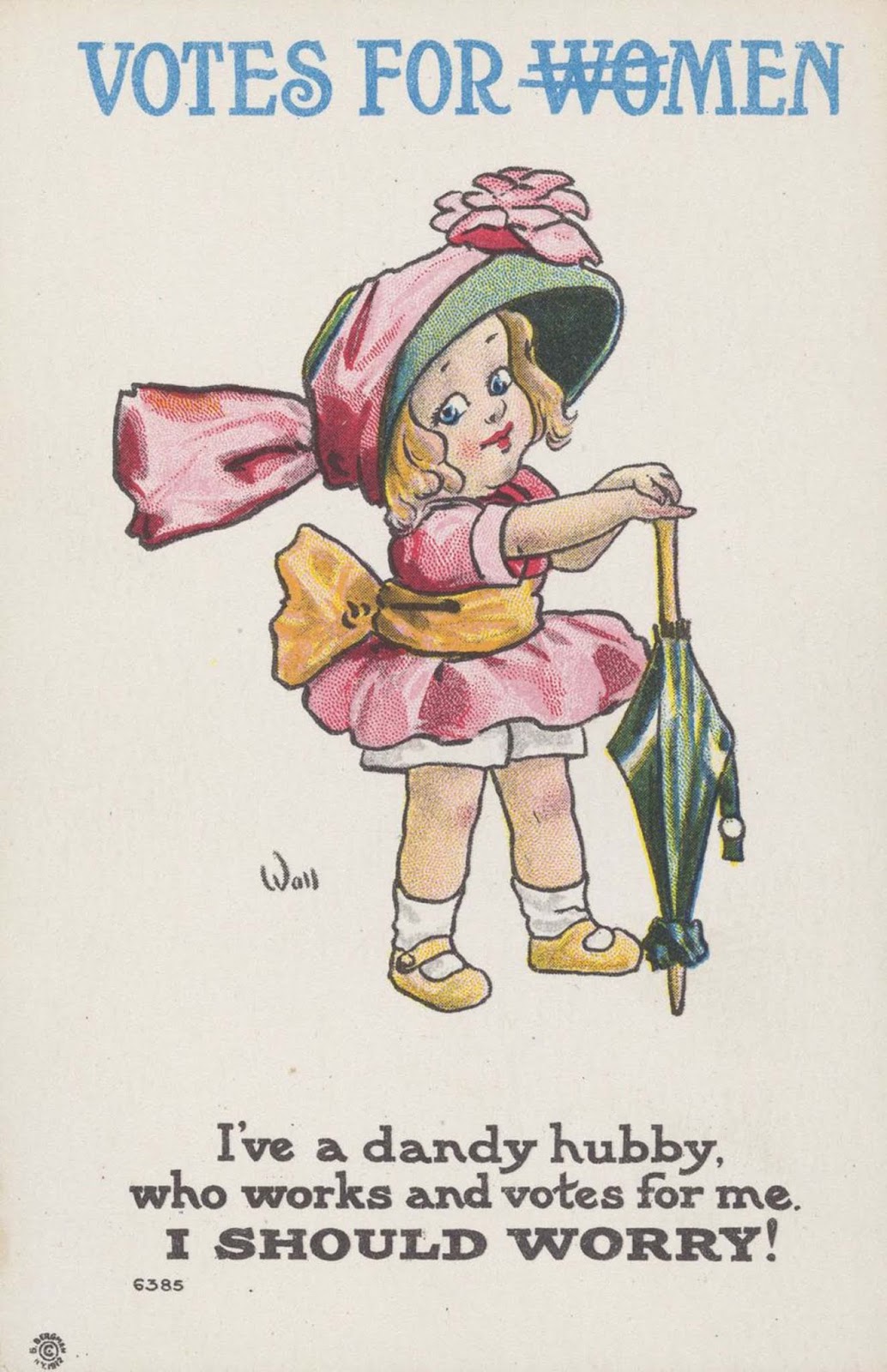