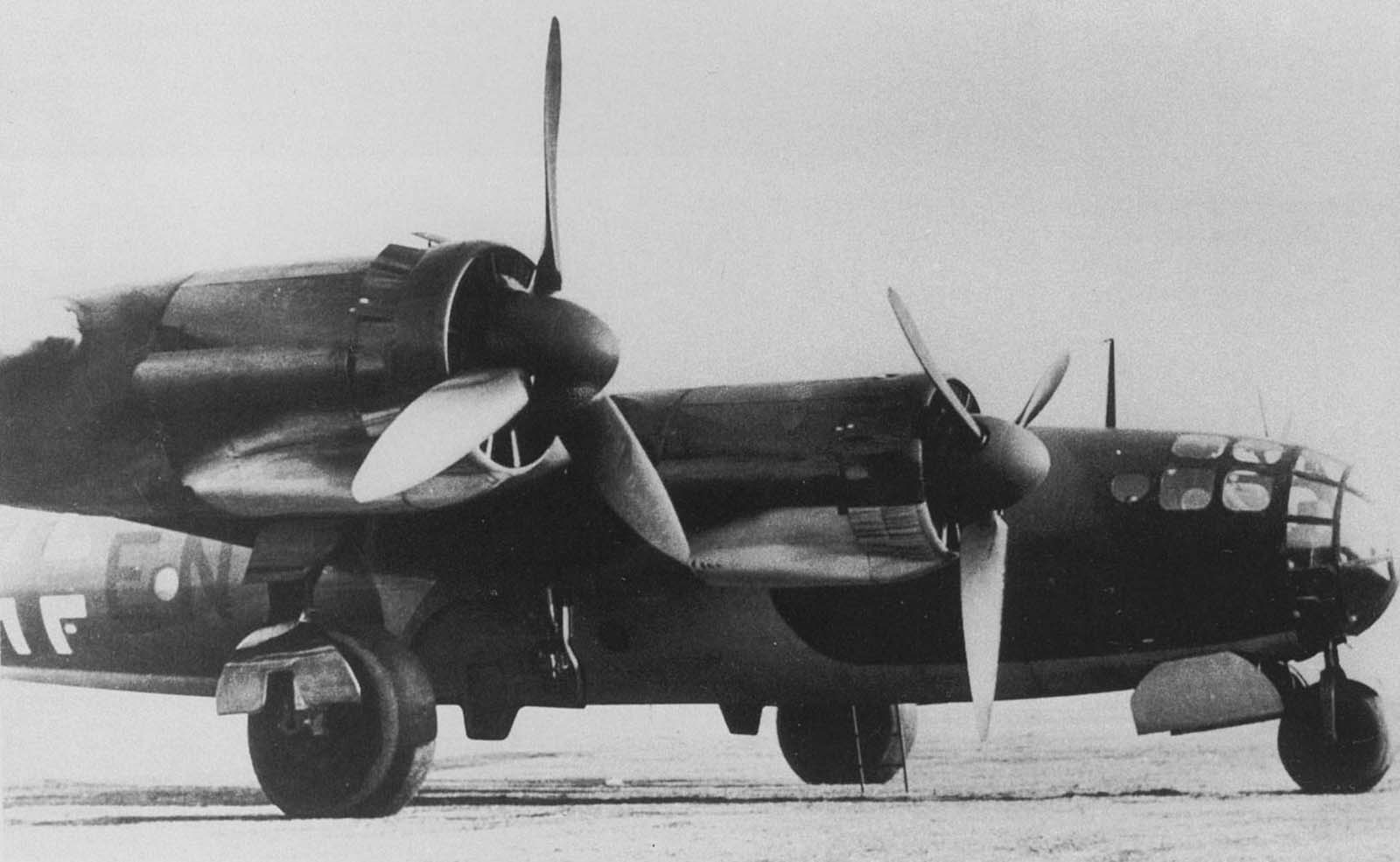 The Me 264 was designed from the beginning as part of the “Amerika Bomber” project. Its goal was to be able to carry a small load to the United States but also to support U-boat operations far into the Atlantic.

The Amerika Bomber was a project to obtain a long-range strategic bomber for the Luftwaffe that would be capable of striking the contiguous United States from Germany, a distance of about 5,800 km (3,600 mi).

The concept was raised as early as 1938, but advanced, cogent plans for such a long-range strategic bomber design did not begin to appear in Hermann Goering’s offices until the spring of 1942. The strategic bomber would be capable of attacking New York City from bases in France or the Azores.

The first ME 264 prototype flew in December 1942, but soon allied pressure forced Messerschmitt to slow development. The Me 264 V1 had a very “clean”, all-metal fuselage with a circular cross-section throughout.

Just behind the extensively glazed nose and the cockpit was a galley, crew rest area, and walkway to the rear of the plane above the lower, enclosed bomb bay. The wings were shoulder-mounted, slightly swept back, and tapered.

They contained a single main spar and one auxiliary spar, with the wing loads being transferred through the main spar and two auxiliary bulkheads into the fuselage. The entire fuel supply was stored in the large wings.

All control surfaces were conventional, including split flaps on the inner wing. The tailplane, with its twin fins and rudders, was electrically adjustable during flight. 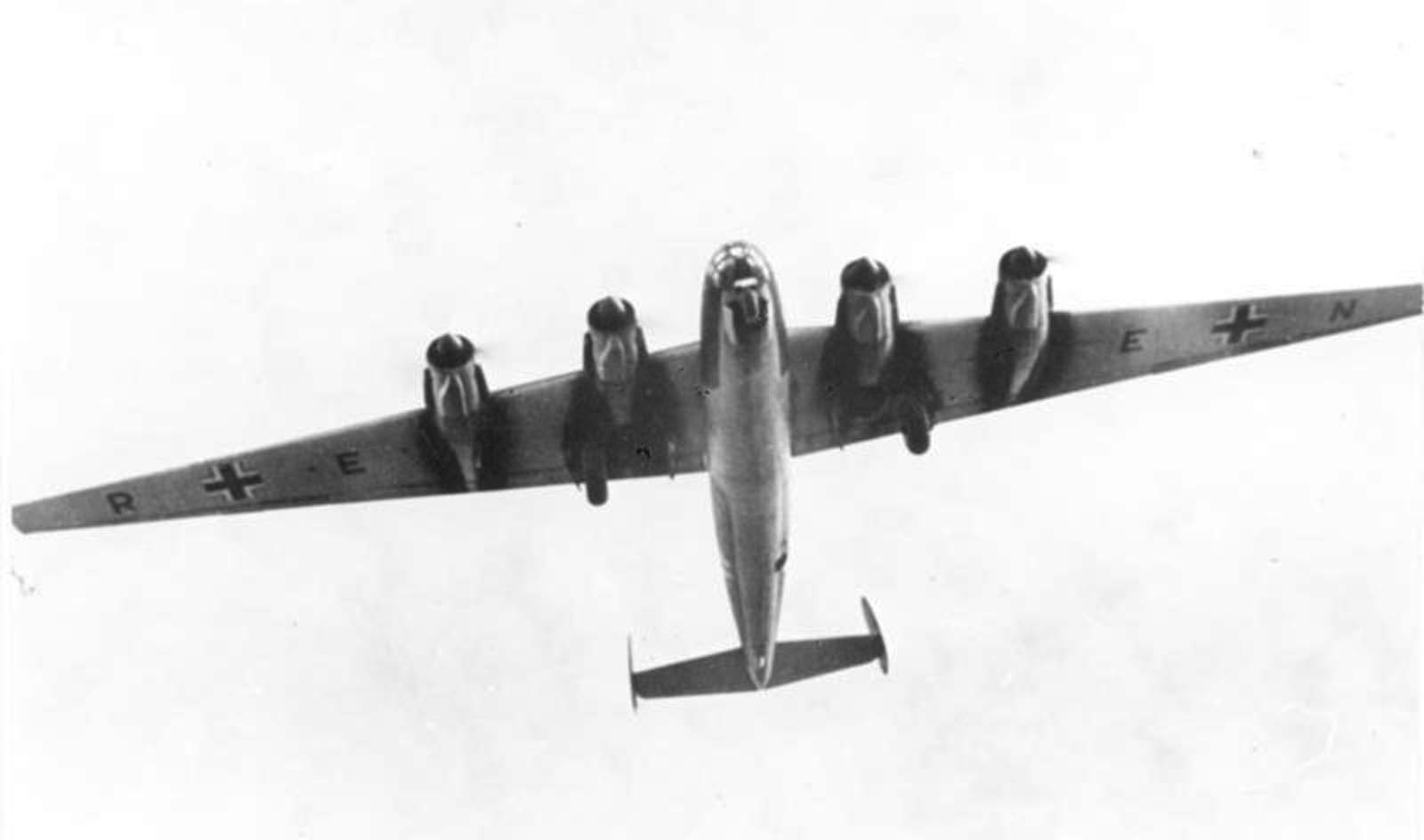 The design was later selected as Messerschmitt’s competitor in the Reichsluftfahrtministerium’s (the German Air Ministry) “Amerika Bomber” programme, which intended to develop a strategic bomber capable of attacking New York City.

In total 3 prototypes were built. This first prototype was not fitted with weapons or armor, but of the following two prototypes, the Me 264 V2 had armor for the engines, crew, and gun positions.