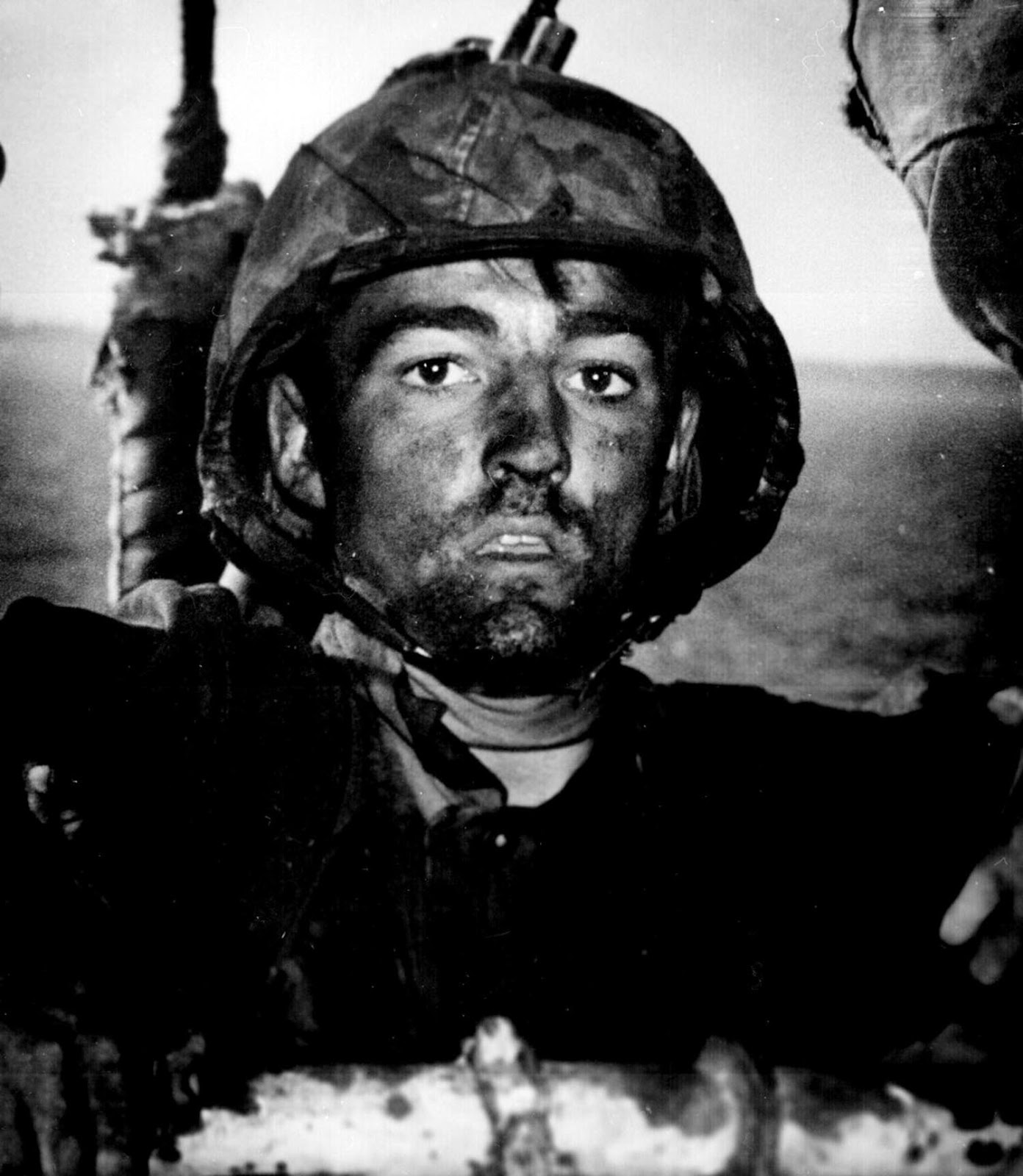 A U.S. Marine exhibits the thousand-yard stare after two days of constant fighting in the Battle of Eniwetok, 1944

Engebi was the first of the Eniwetok Atoll to be invaded by American forces. The capture of Eniwetok would provide an airfield and harbor to support attacks on the Mariana Islands to the northwest.

In the attack on Engebi American losses were 78 killed, 166 wounded, and 7 missing, totaling 251 casualties. All of Engebi’s defenders were killed, except for nineteen prisoners taken.

Miller himself was killed during the invasion of Ebon Atoll a month later. 25 Japanese, including six civilians (two women and two children among them), put up a 20-minute fire-fight that left Miller and another marine dead and eight others wounded.

Seventeen Japanese, including one woman, were killed. Ebon was declared secure after the Japanese radio station was destroyed and all Japanese civilians killed or captured.

This photo, widely distributed in the United States after Miller’s death, was one of the few to openly portray the stress of combat to the American public.

The term “thousand-yard-stare” is believed to have originated in World War I and was coined for the faces of battle-weary soldiers. It was popularized in World War II and named for the perception that such stares really do seem to be able to see very far ahead.

Eyes cross a little when focusing on something reasonably close, but eyes not looking at anything will behave like eyes looking at something very far away. It is described as an unfocused, dazed look seen in a person who has suffered severe acute psychological distress and is coping with that stress through dissociation from the event and the “players”.