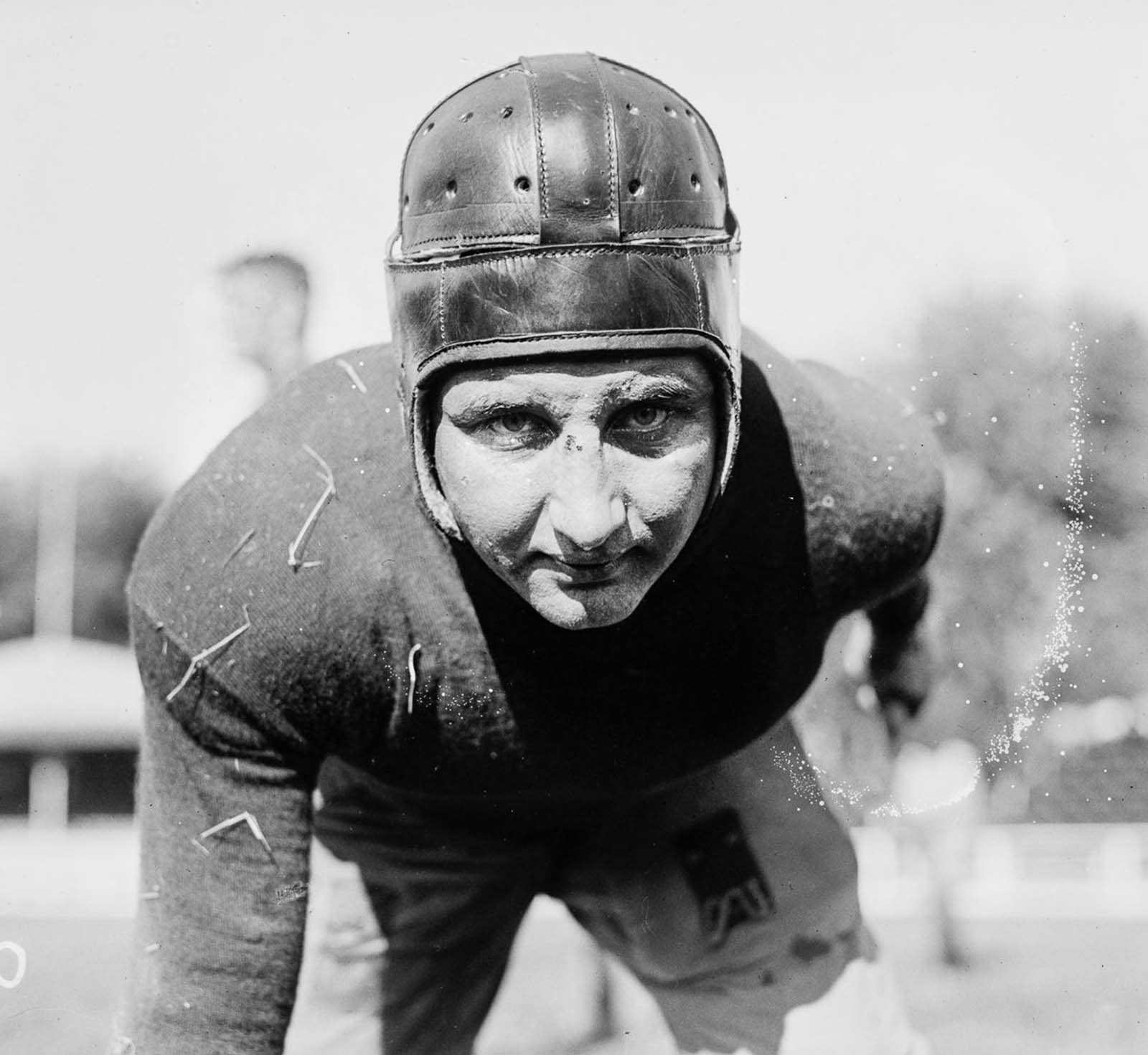 Football, or “American football” as the rest of the world calls it, can be traced to early versions of rugby football and association football. Both games have their origin in multiple varieties of football played in Britain in the mid-19th century, in which a football is kicked at a goal or kicked over a line, which in turn were based on the varieties of English public school football games. In the 1800s, American universities started playing against one another, though each practiced its own adapted style of football with distinct rules.

The shared threads between each school’s “football” were mobs of players violently attempting to advance a ball down a field. Occasionally, games resulted in so much injury that the sport was banned by some colleges. As intercollegiate play increased, the game became more standardized, and the number of players and size of the field shrank. A game between universities McGill and Harvard introduced the concept of the try, where reaching the opposing team’s goal line would give the team a chance to kick for a field goal. This would later evolve into the touchdown.

The first annual game between Harvard and Yale was spectated by Walter Camp, who would go on to be known as the “father of American football.” While a student at Yale, he introduced rules which would define modern football, including the reduction of players from 15 to 11, the line of scrimmage, the snap from center to quarterback, and the down-and-distance.

American football was further distinguished from rugby with the legalization of blocking or interference. This form of the game became widely adopted as more universities fielded teams and formed leagues. Violence and injury remained a problem for the sport. Popular charging formations such as the “flying wedge” sent entire teams crashing headlong into each other, sometimes with deadly results. In 1905, 19 players were killed across the country.

At the end of that year, 62 schools met to discuss implementing safety measures, ultimately forming the NCAA. Interlocking mass formations were banned and the forward pass was legalized, shaping the form of the game played today.

The origin of professional football can be traced back to 1892, with Pudge Heffelfinger’s $500 contract to play in a game for the Allegheny Athletic Association against the Pittsburgh Athletic Club. In 1920 the American Professional Football Association was formed. This league changed its name to the National Football League (NFL) two years later, and eventually became the major league of American football. Primarily a sport of Midwestern industrial towns in the United States, professional football eventually became a national phenomenon. 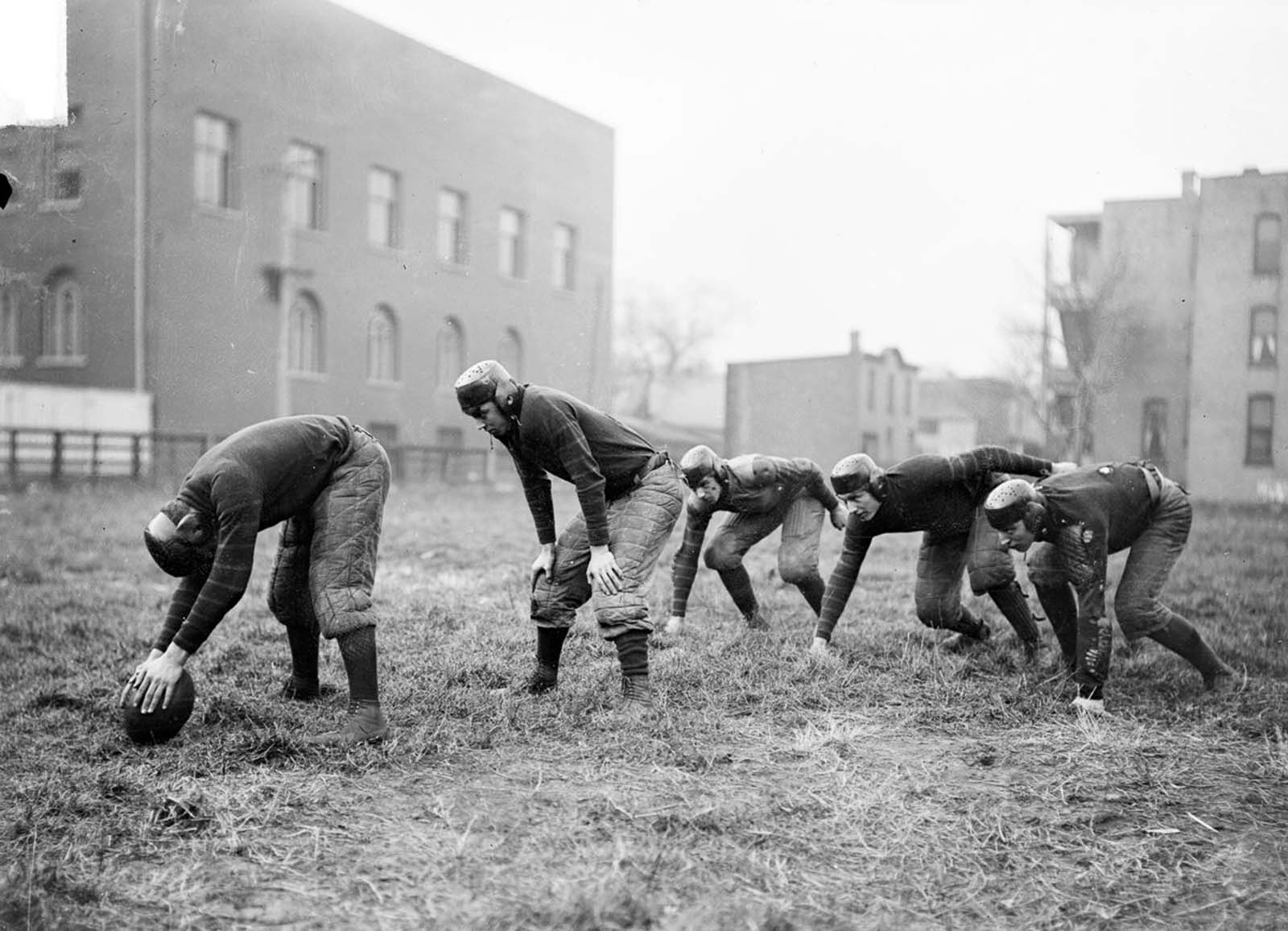 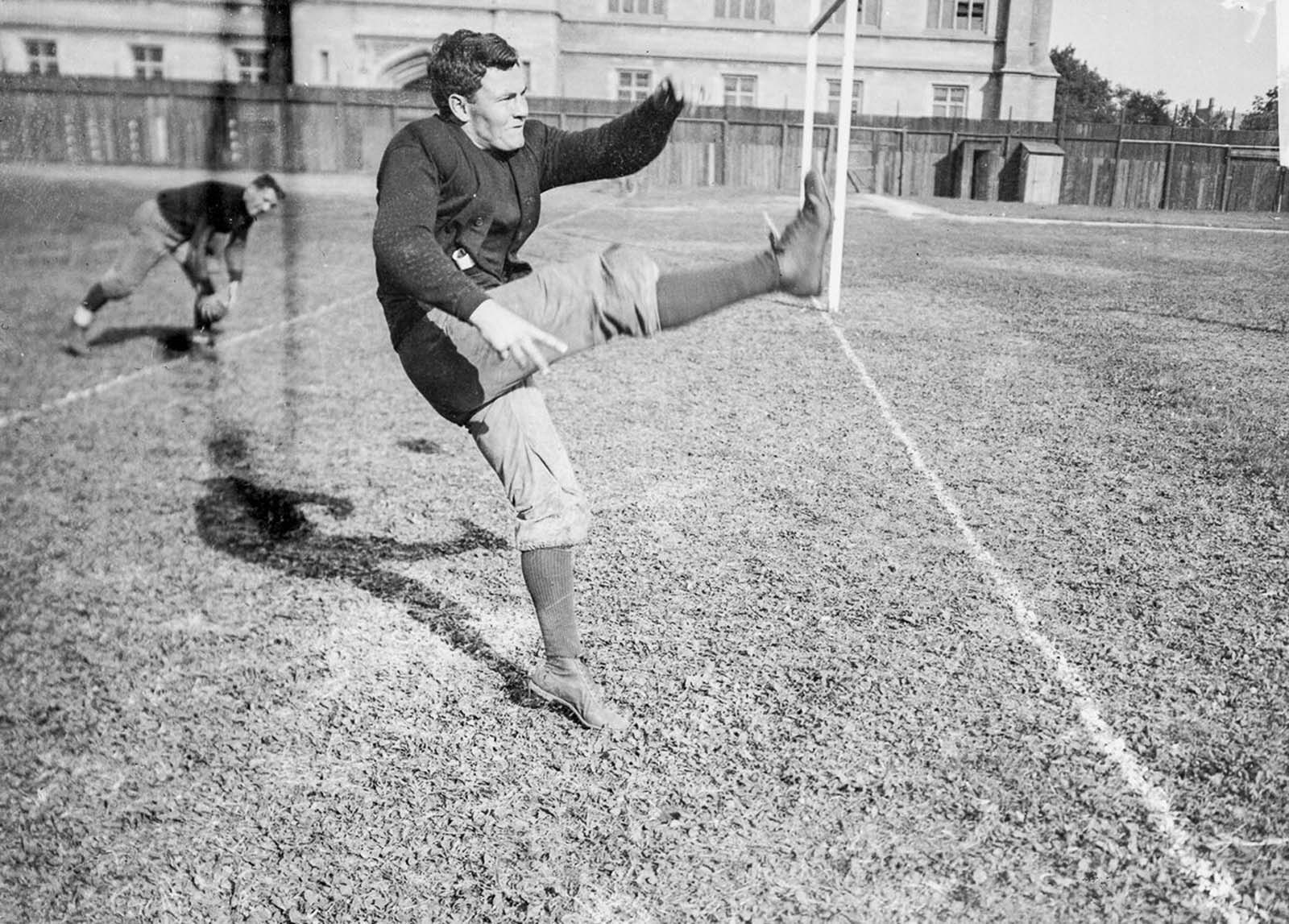 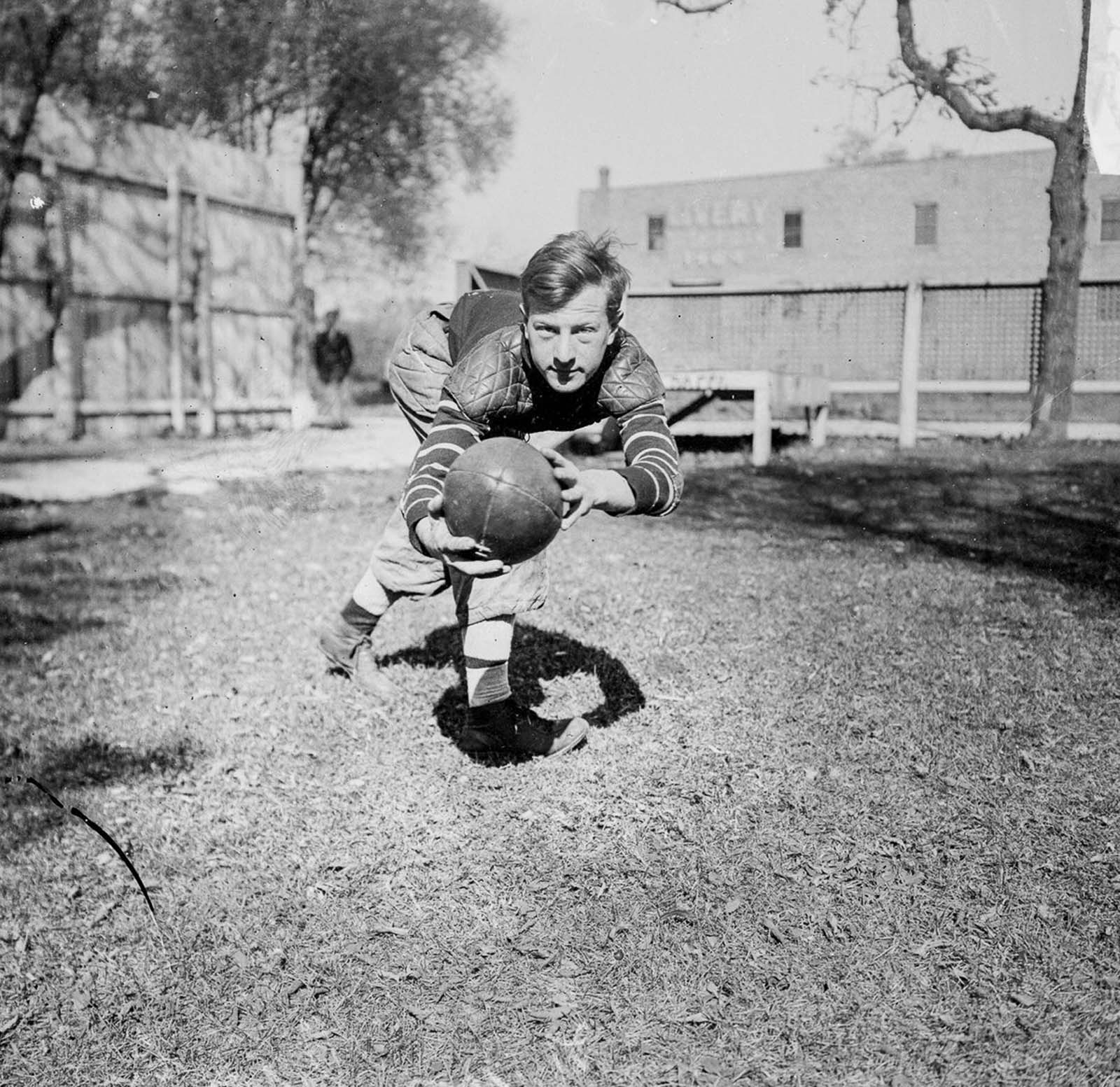 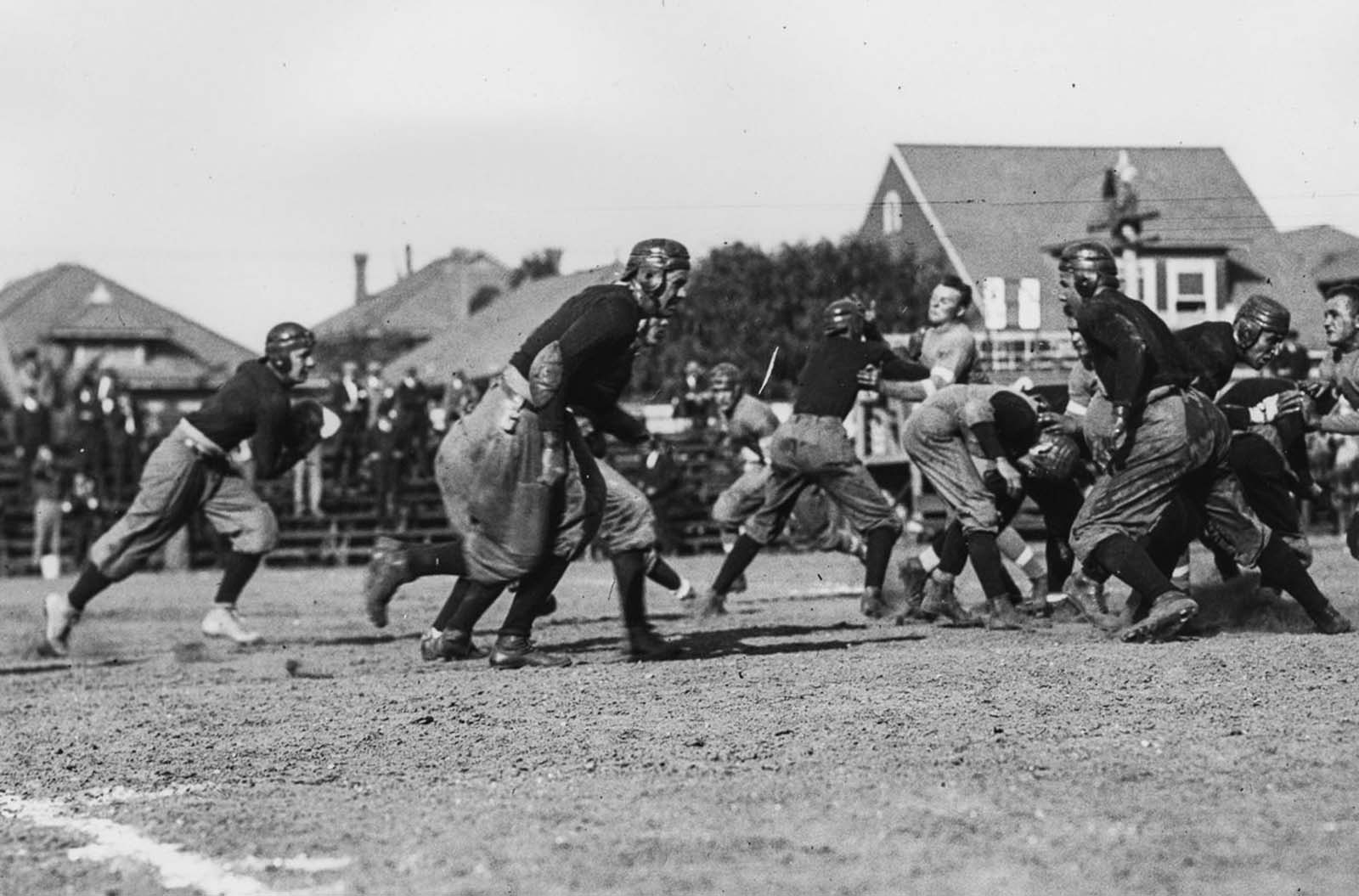 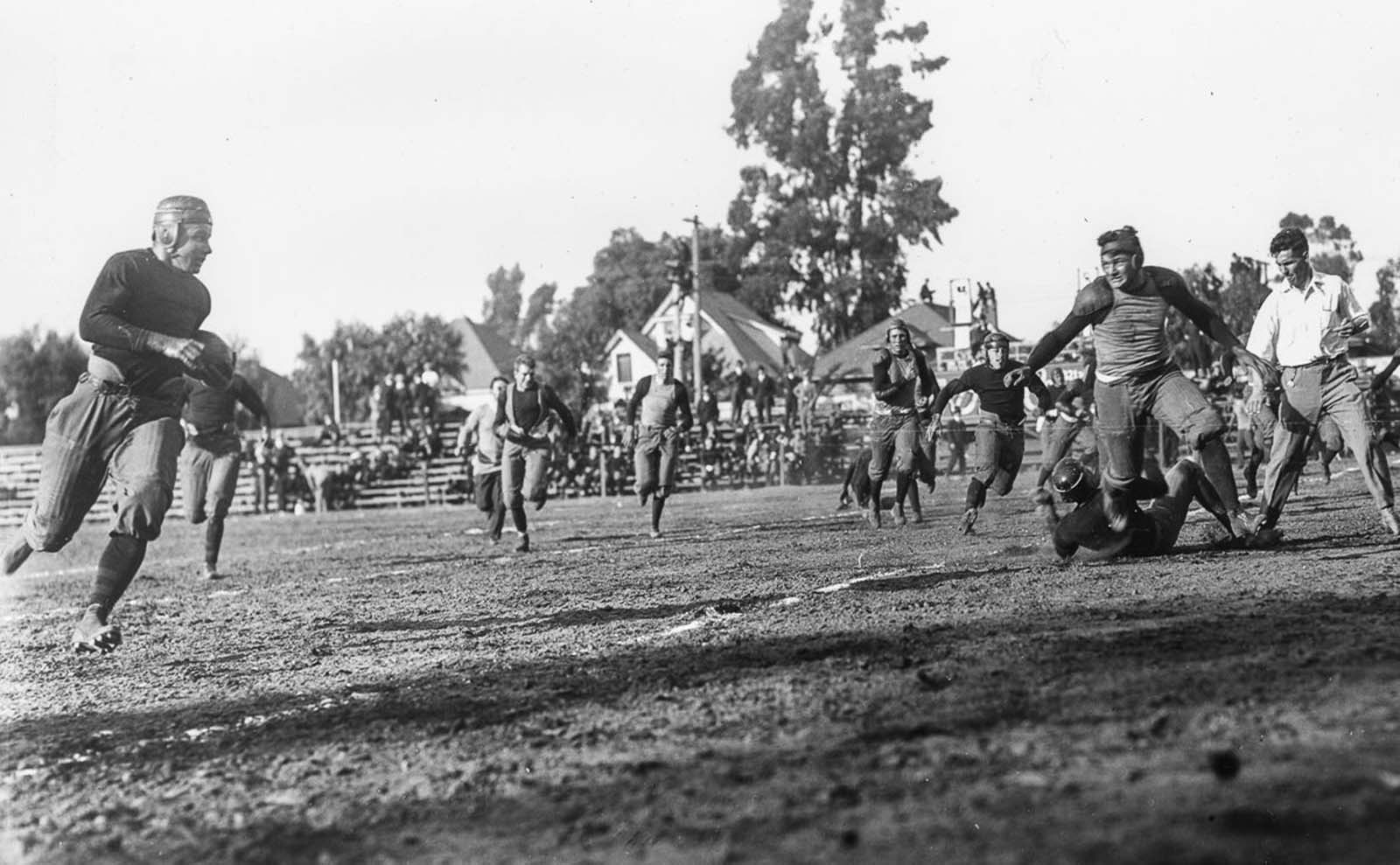 The University of Southern California Trojans football team run up field to make the play against the Saint Mary’s College Gaels at the Los Angeles Memorial Coliseum. 1915. 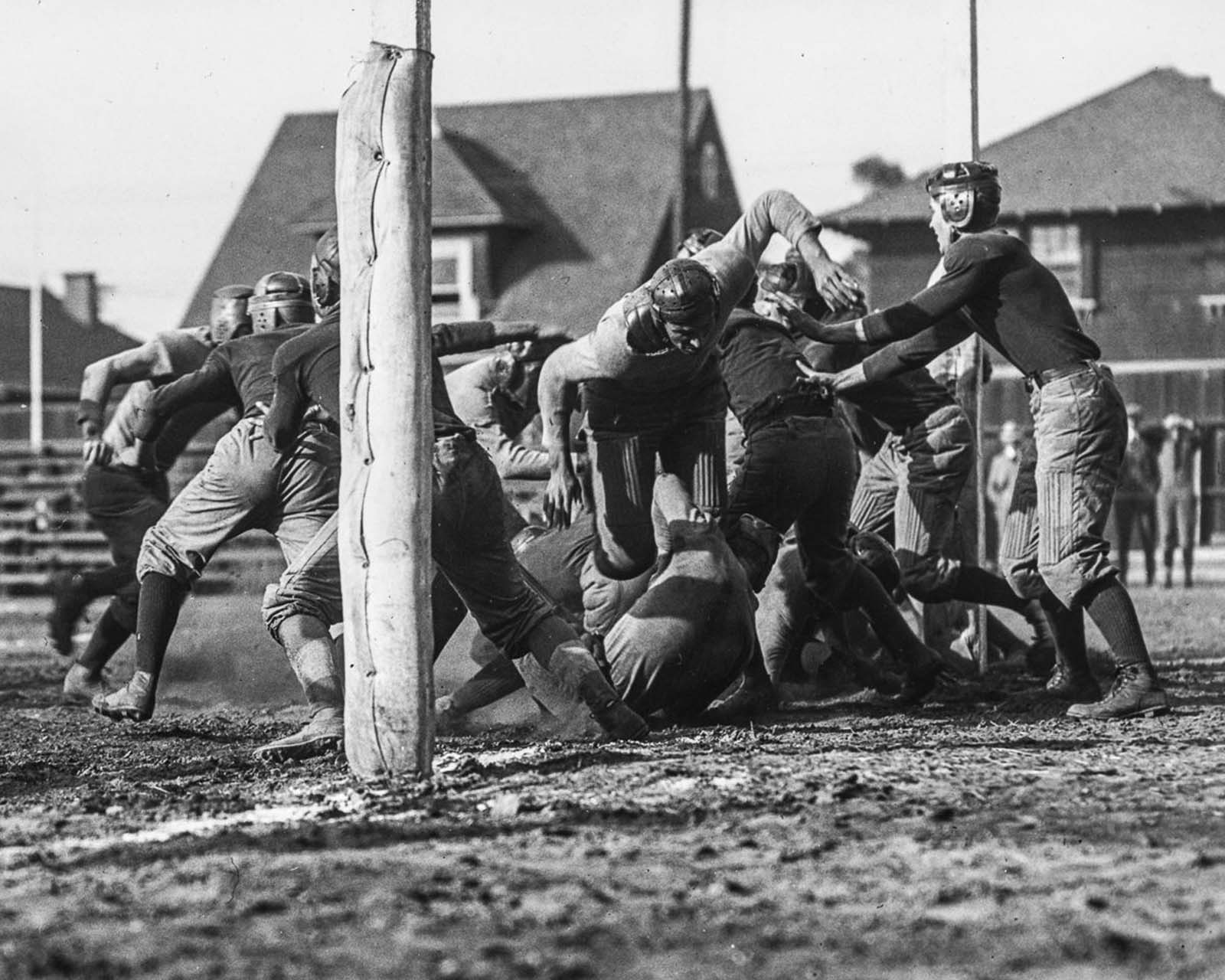 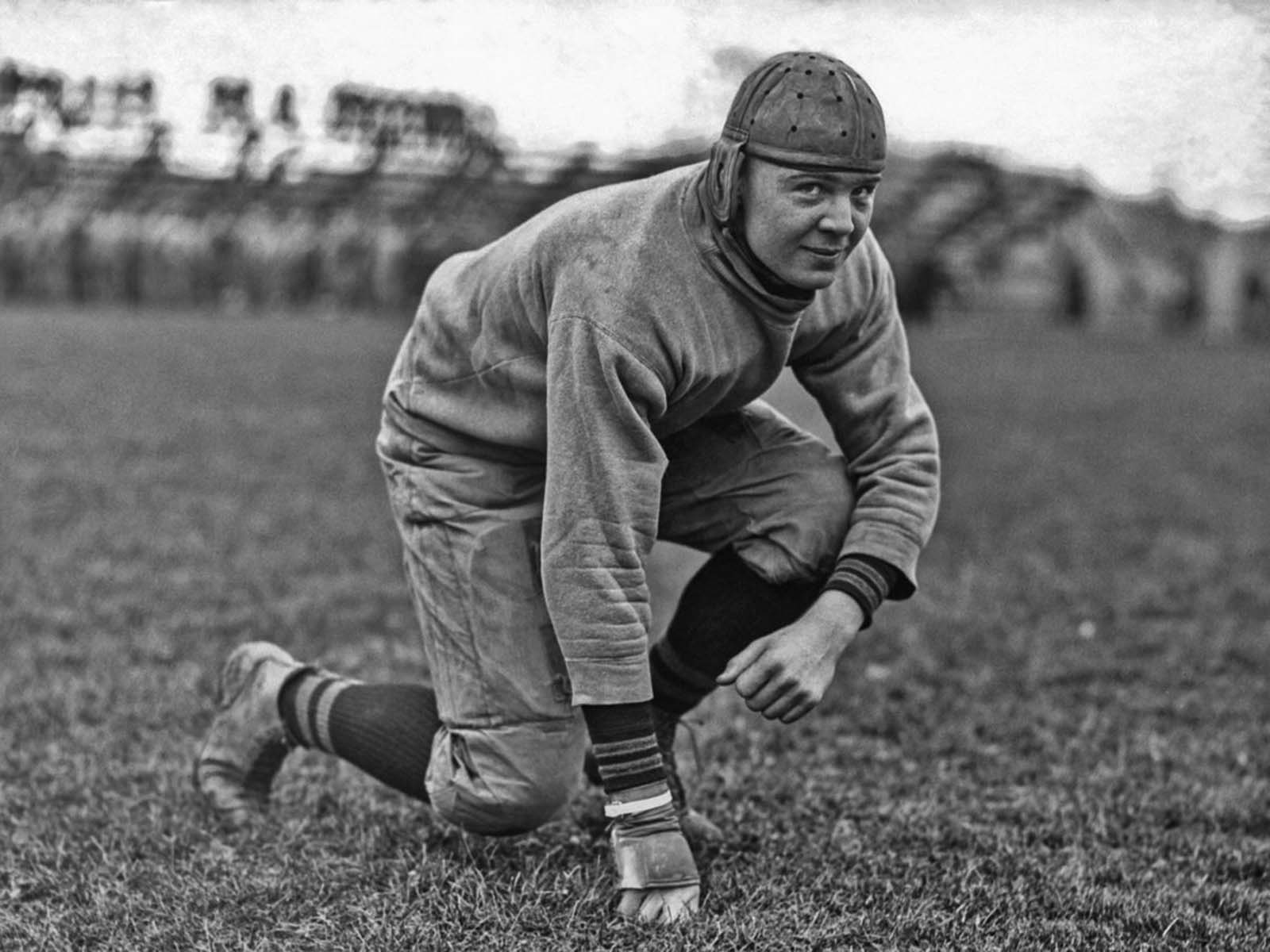 The right guard for the West Point football team. 1919. 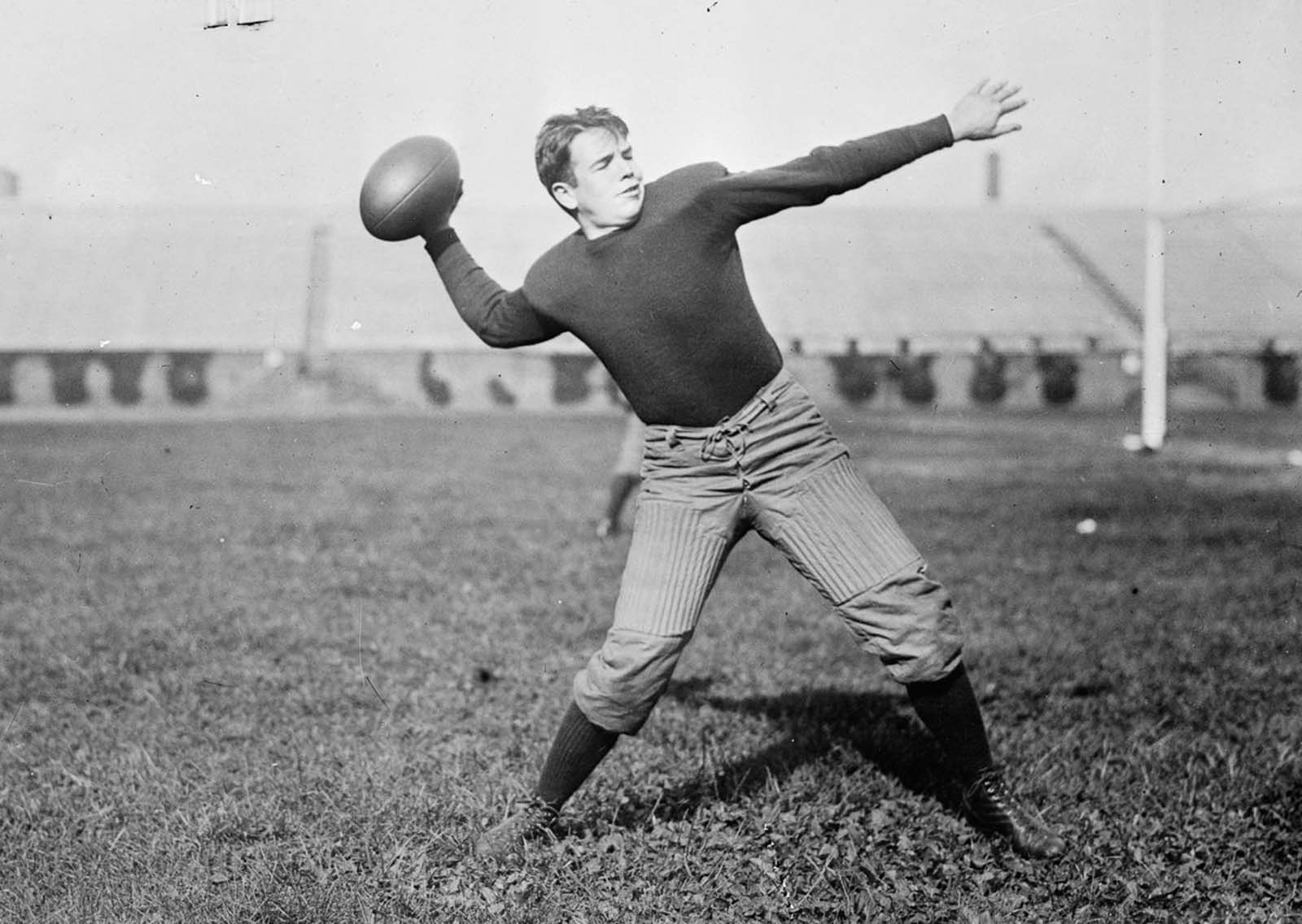 A player for Pennsylvania University. 1910. 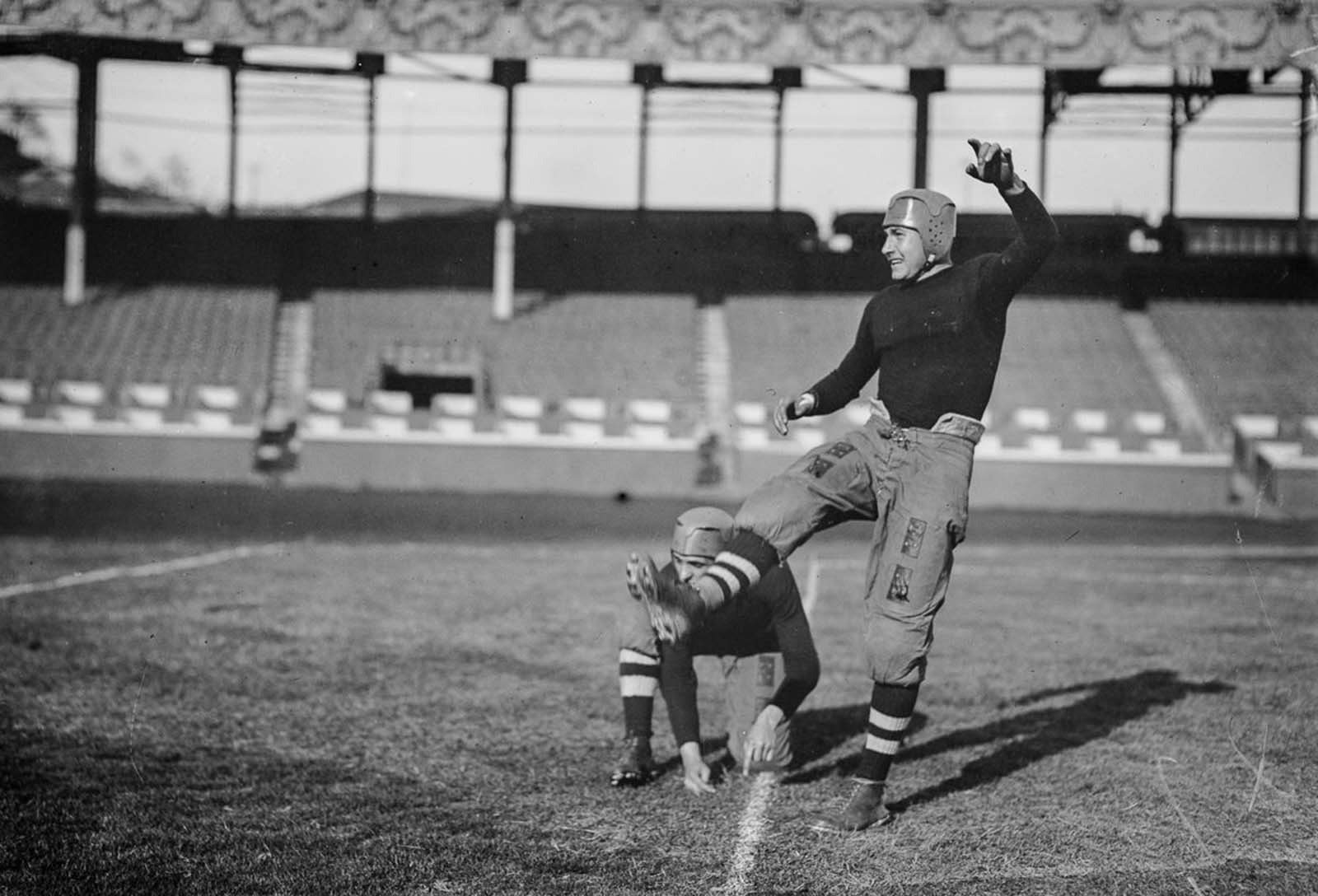 Brown University players compete in a game against Cornell University. 1914. 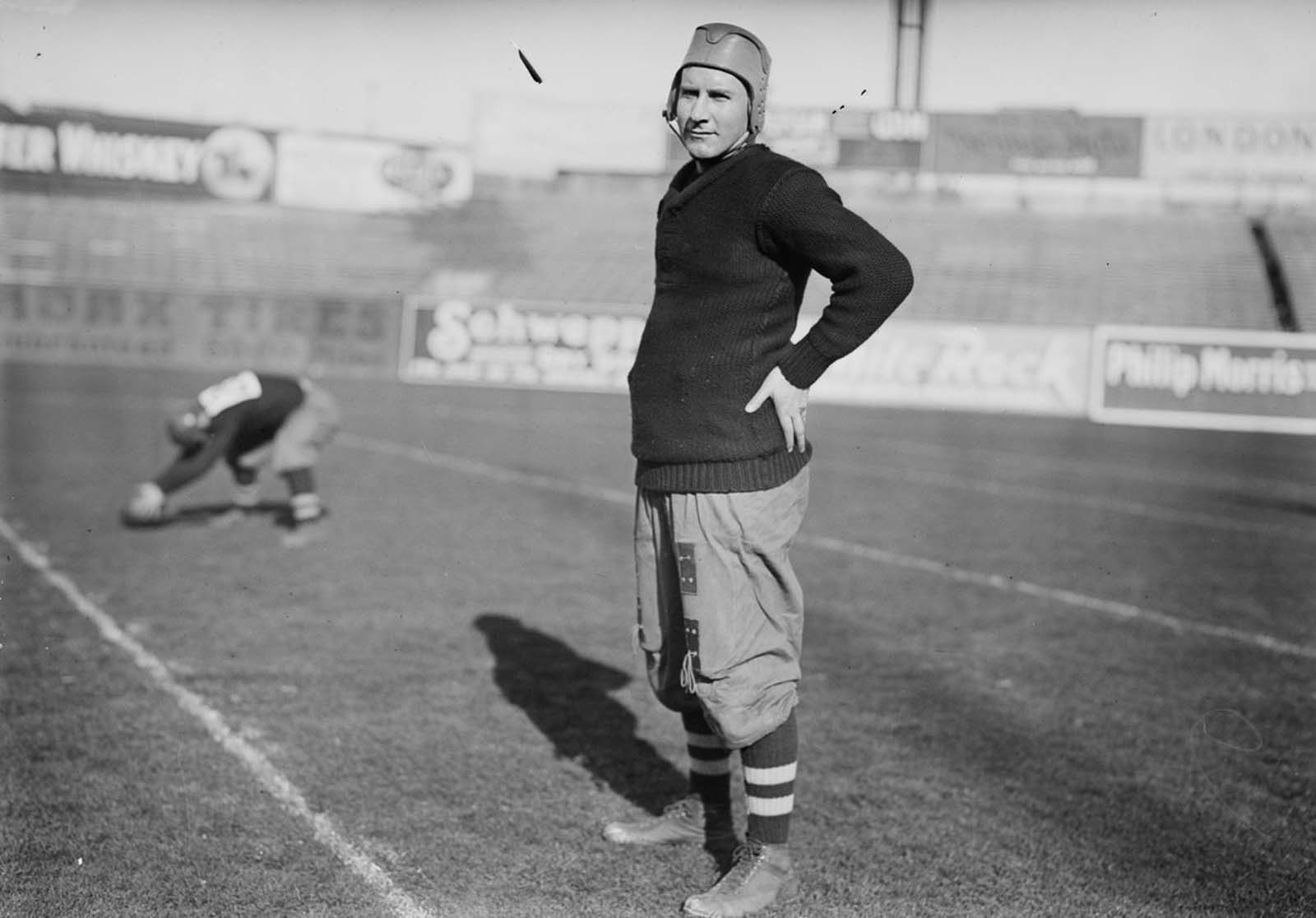 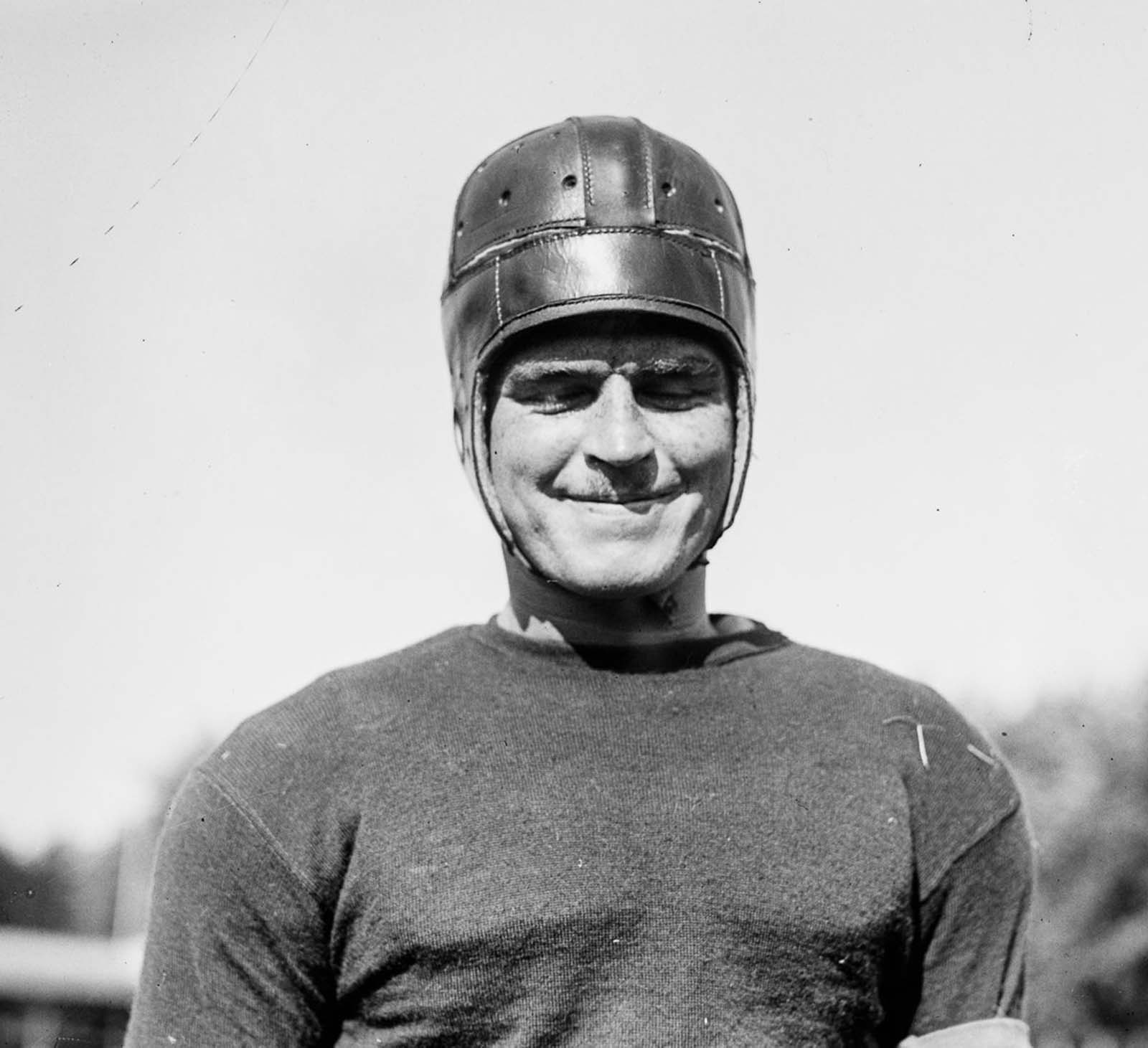 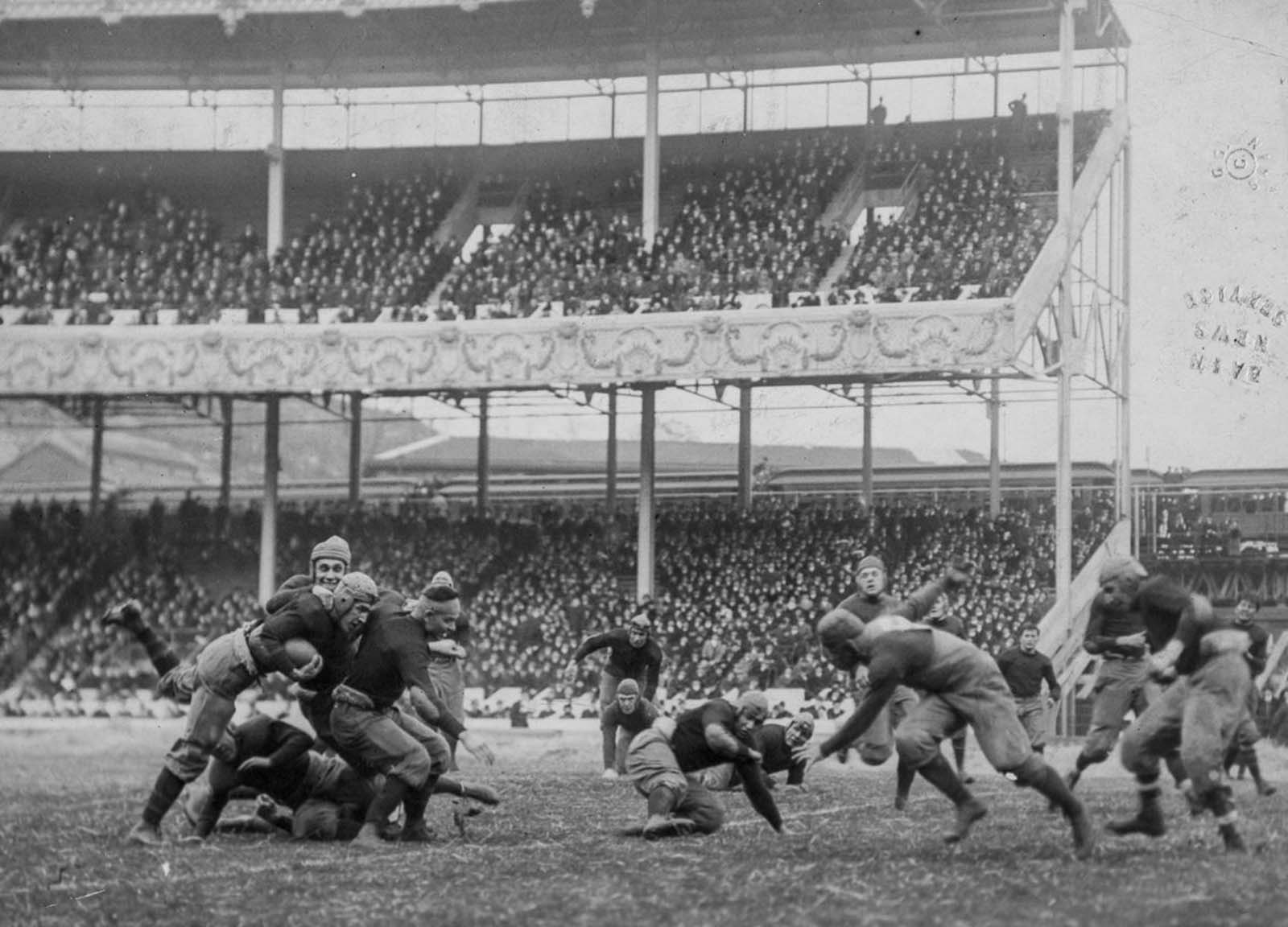 The Army-Navy game at the Polo Grounds in New York. 1916. 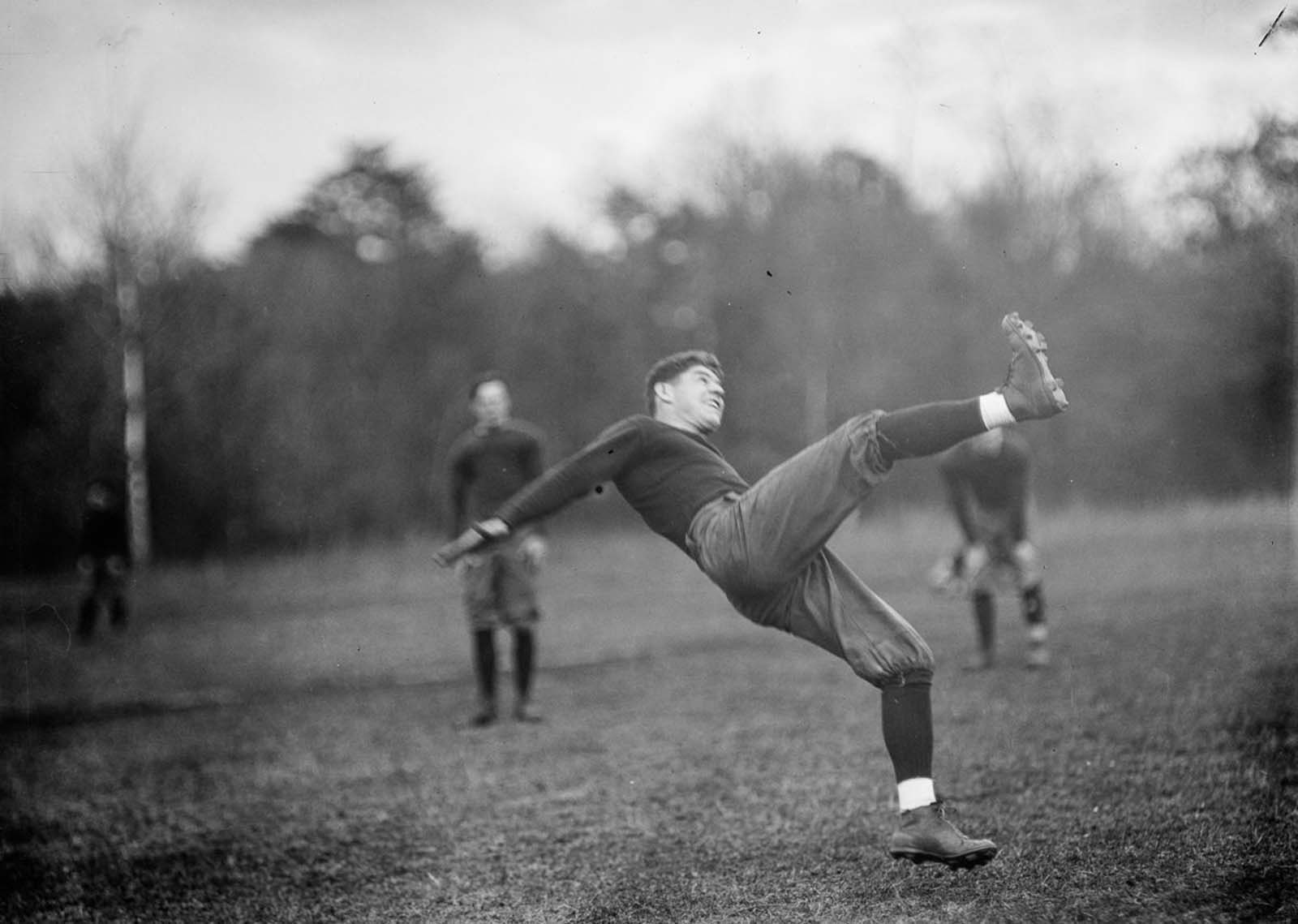 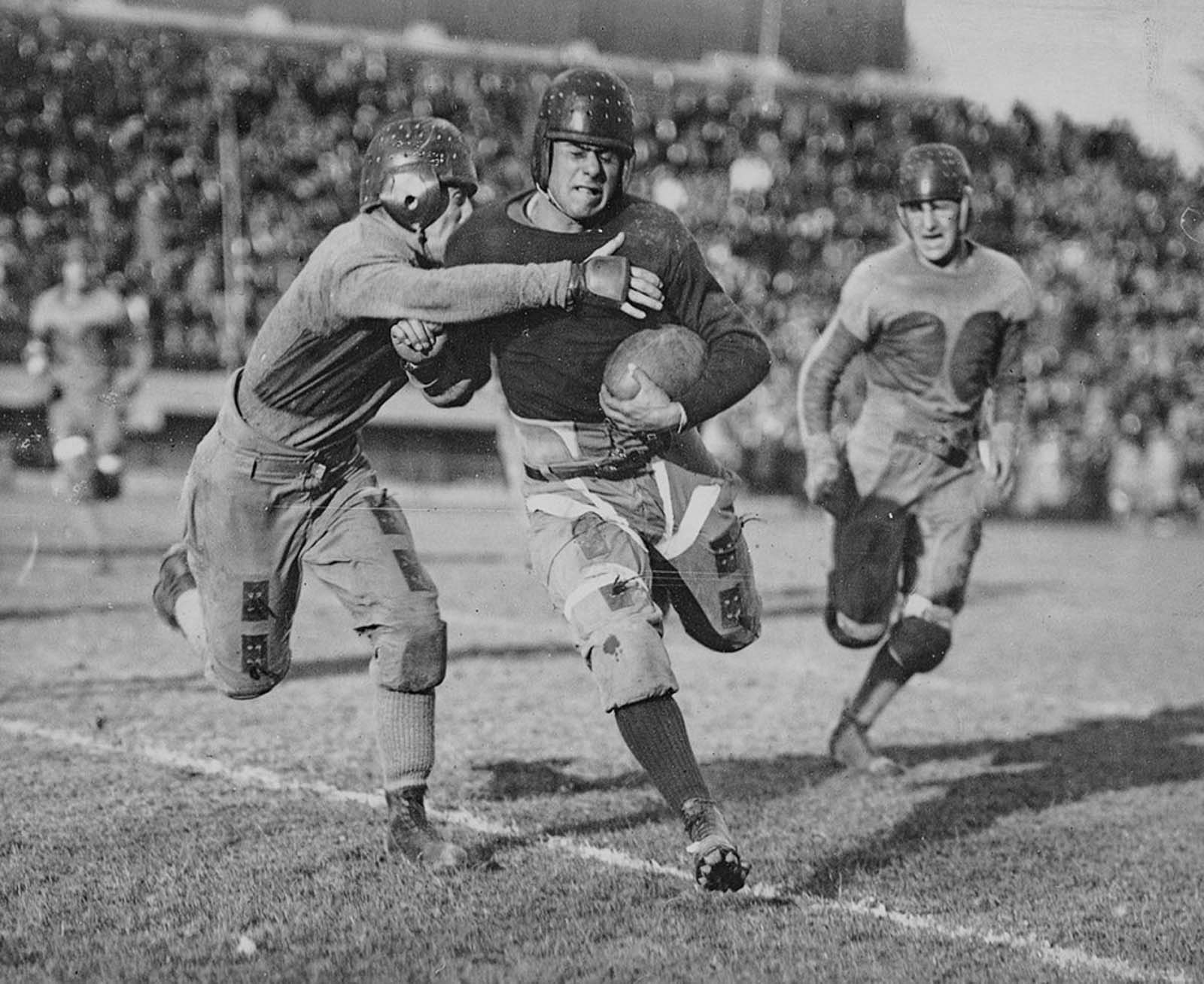 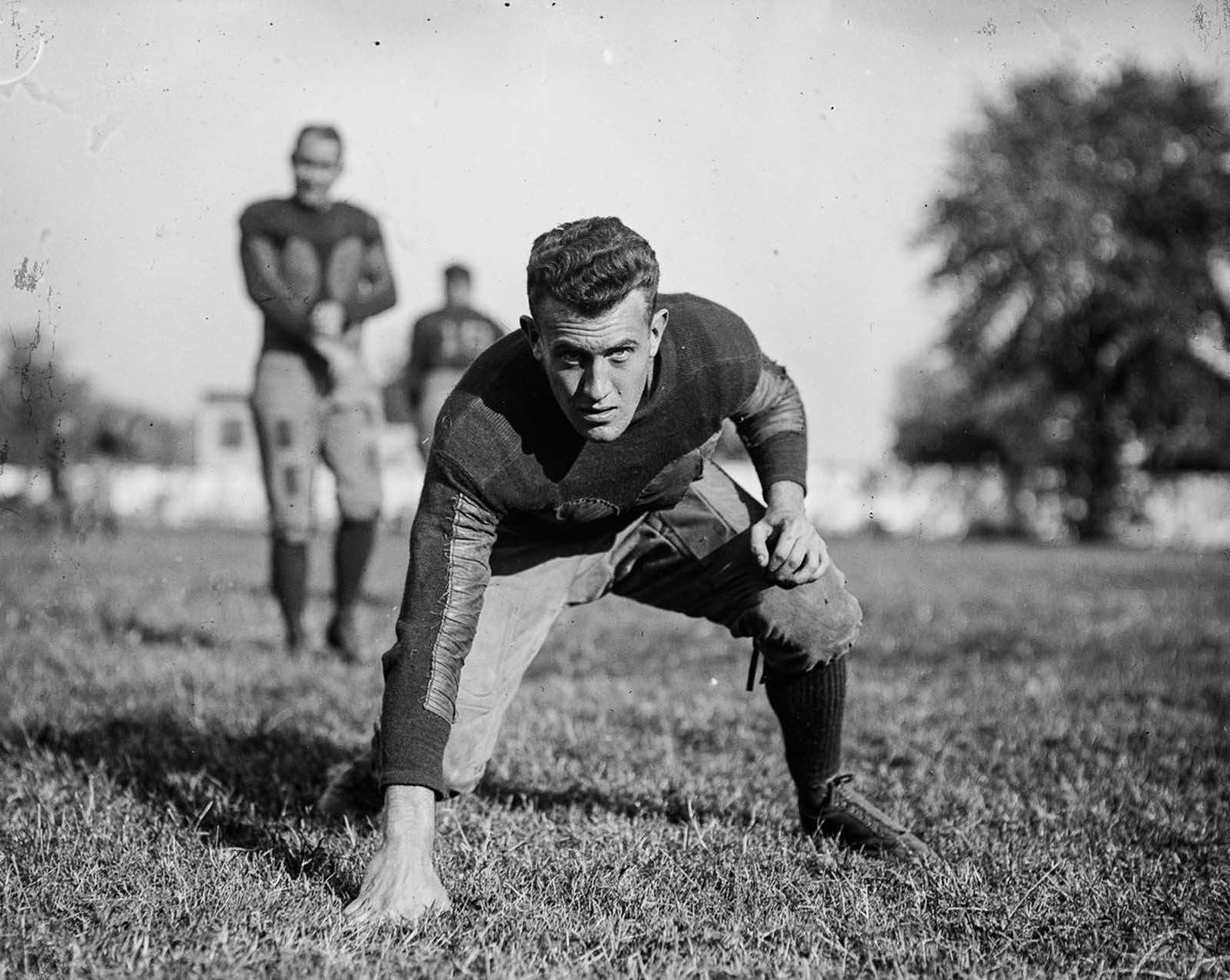 American football resulted from several major divergences from association football and rugby football, most notably the rule changes instituted by Walter Camp, a Yale University and Hopkins School graduate who is considered to be the “Father of American Football”. 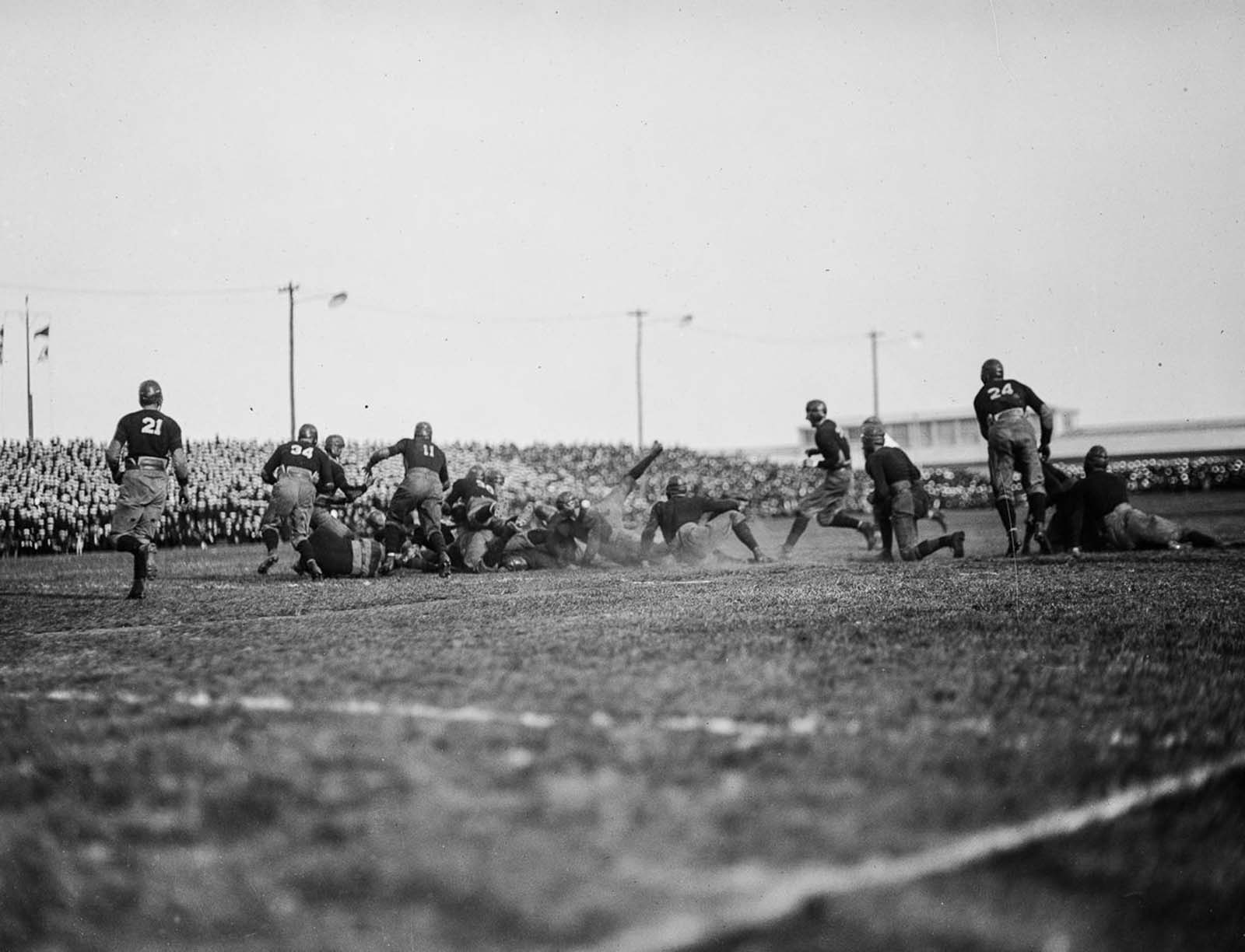 Among these important changes were the introduction of the line of scrimmage, of down-and-distance rules and of the legalization of blocking. 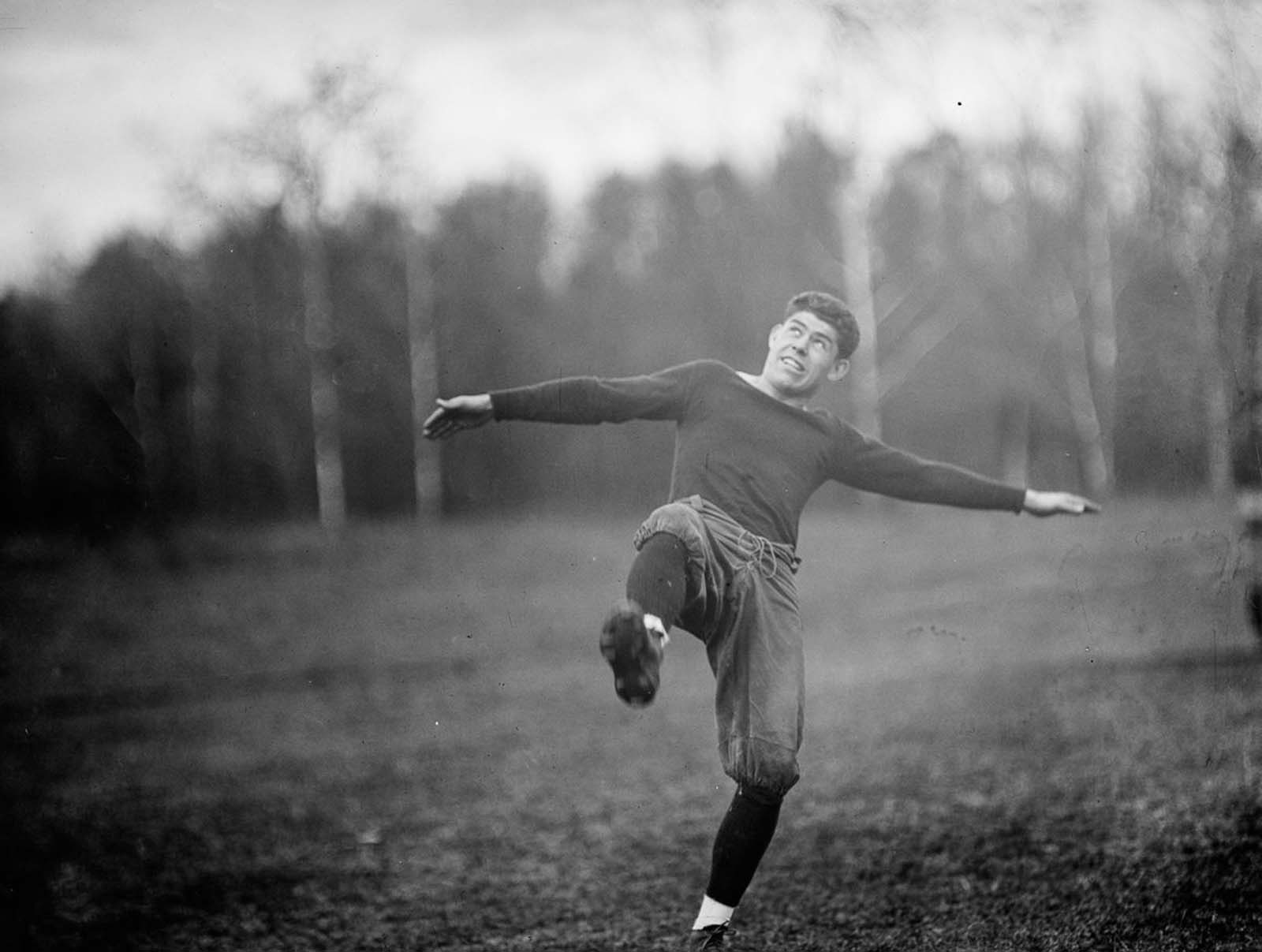 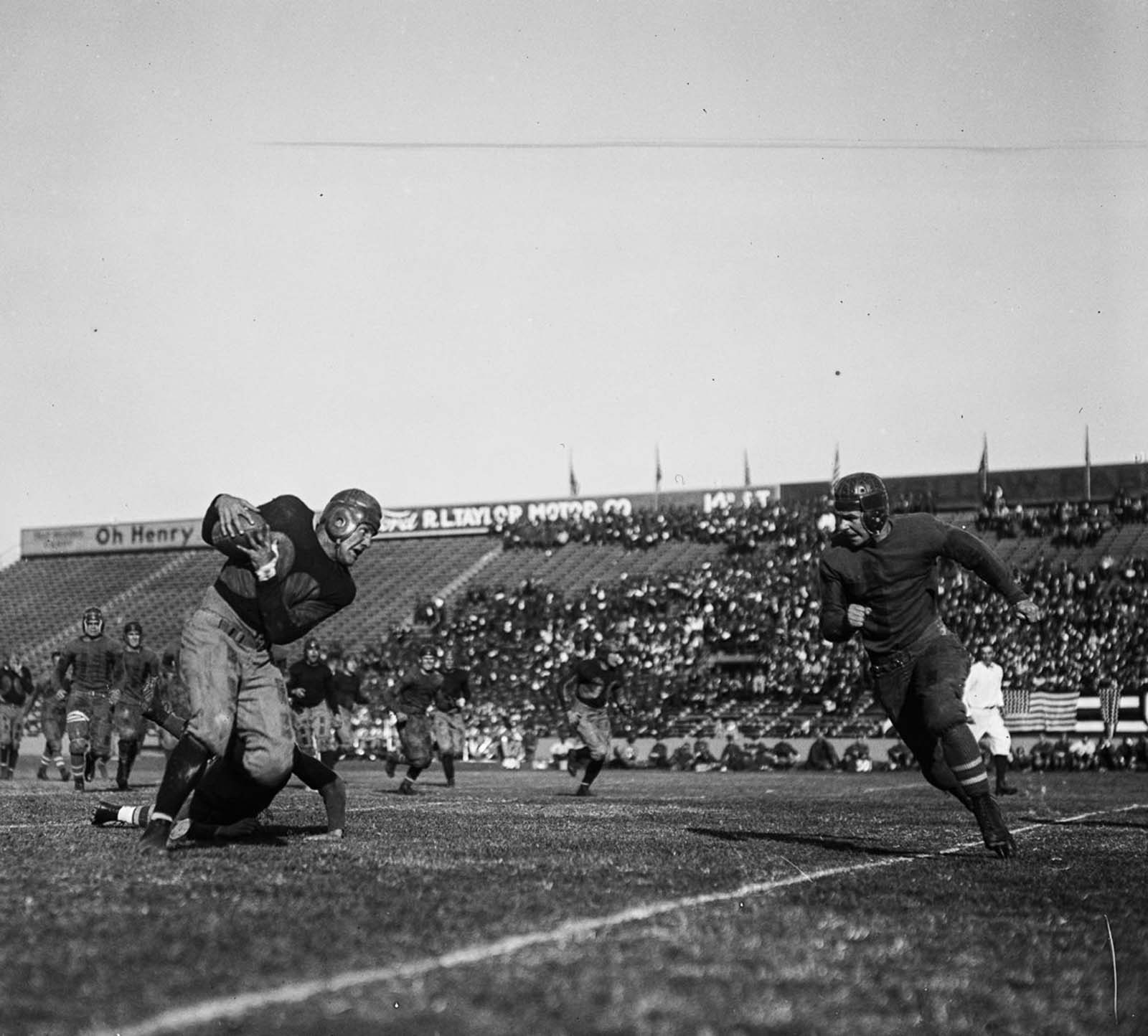 The popularity of college football grew as it became the dominant version of the sport in the United States for the first half of the 20th century. 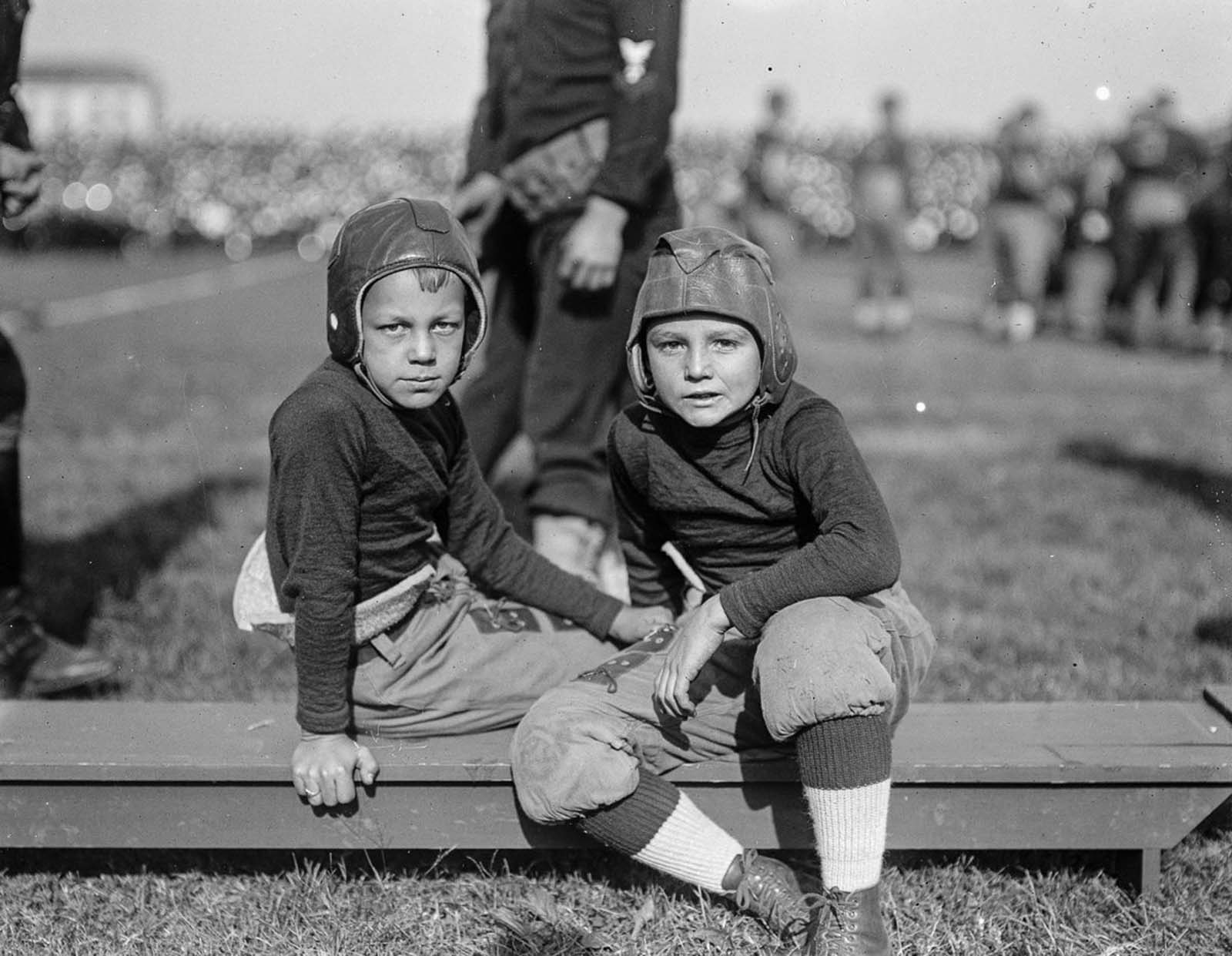