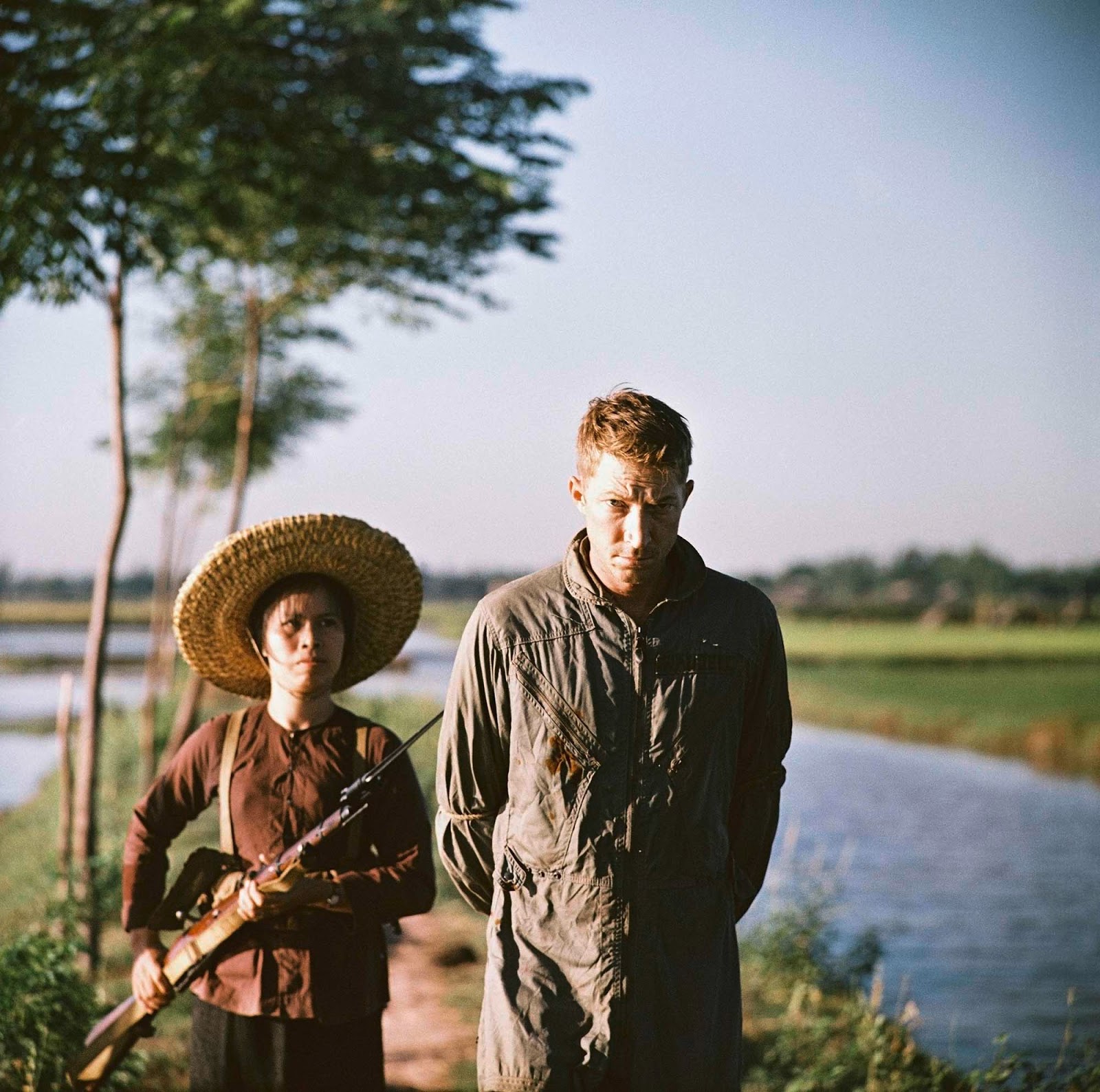 Downed U.S. airman Dewey Waddell was taken captive by Vietnamese communist fighters in 1967, and he was released in 1973. The photo, taken by GDR war correspondent Thomas Billhardt, features a female guerrilla holding an American soldier captive and escorting him on a country road.

The picture was created for propaganda purposes, hence the use of a really small woman as the guard to make the captured airman look more unheroic. Photographer Billhardt met Dewey Waddell in 1998. Waddell told him that the photo has positively impacted his life by helping his family and the U.S. know that he remained alive.

North Vietnam’s treatment of American airmen shot down and captured over North Vietnam was a subject of controversy and concern throughout the Vietnam War.

From the very beginning of the war, North Vietnam’s stated position was that American prisoners captured in North Vietnam were “war criminals” who had committed crimes against the North Vietnamese people in the course of an illegal war of aggression and that therefore the American prisoners were not entitled to the privileges and rights granted to prisoners of war (POW) under the terms of the Geneva Convention.

The Vietnamese were accused of brutally torturing their captives – beating them with fists, clubs, and rifle butts, flaying them with rubber whips, and stretching their joints with rope in an effort to uncover information about American military operations.

The Americans were forced to record taped “confessions” to war crimes against the Vietnamese people and to write letters urging Americans at home to end the war. Poor food and medical care were standard.

Prisoners were often isolated to prevent communication among each other, in addition to being denied communication with family members. American prisoners sometimes died in captivity, from wounds sustained in combat, or at the hands of their captors.

In Paris on January 27, 1973, American and Vietnamese representatives signed agreements for the cessation of hostilities and the repatriation of war prisoners. Operation Homecoming began the next month and ended in April.

During that period, 591 American P.O.W.s returned home. Representatives of the U.S. military debriefed returnees for information regarding the more than 2,000 Americans still listed as missing.

According to the government, none of the P.O.W.s were able to provide definite information about any remaining captives. Both the Nixon administration and the Vietnamese government concluded that all living P.O.W./M.I.A.s had been returned.