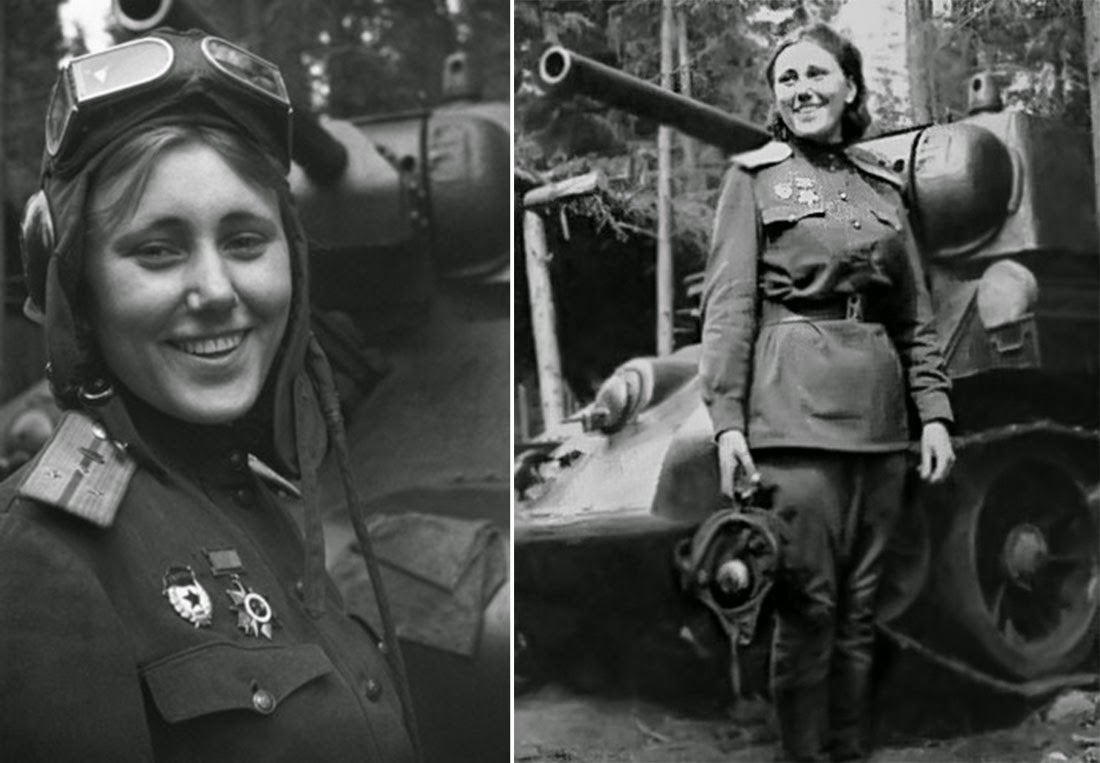 Aleksandra Samusenko, born in 1922, was a member of the Soviet armed forces who fought during the Winter War in Finland and during the Great Patriotic War. After successfully finishing the tank academy, Samusenko received her Order of the Red Star when her tank crew defeated three German Tiger I tanks.

Her true fame came in the last years of World War II. As the only female tank officer in the 1st Guards Tank Army, Samusenko performed heroically during the Battle of Kursk, earning the Order of the Red Star.

When her battalion commander fell in a later battle, Samusenko took charge and led her forces out of an ambush. She would serve as a tank commander throughout 1943 and 1944.

Samusenko died from wounds in the German village of Zülzefirz (70 km from Berlin), during the East Pomeranian Offensive. One source reports that Samusenko died during the Soviet assault of Berlin (not verified), while another says that she died after a Soviet tank became lost in the dark and crushed her under its tracks.

According to World War II veteran Pyotr Demidov, she was crushed under the caterpillar tracks of a tank, which did not notice the accompanying people in the darkness. She was buried in Lobez, Poland, near the monument to William I.

The 1st Tank Army was a Soviet armored formation that fought as part of the Red Army on the Eastern Front during World War II. It fought in the early defense during the Battle of Stalingrad, and Operation Uranus.

The 1st Tank Army (1st formation) was raised within the Stalingrad Front from 38th Army in July 1942, but disbanded in August 1942. The 2nd formation was formed on 30 January 1943 on the basis of HQ 29th Army, under the command of famous armored troops commander Mikhail Katukov personally appointed by Stalin, and transferred to the North-Western Front. During the war, this tank army had 500-800 tanks.

The 1st Guards Tank Army was awarded the Order of the Red Banner postwar and became part of the Soviet occupation force in Germany, known as the Group of Soviet Forces in Germany, with its headquarters in Dresden.