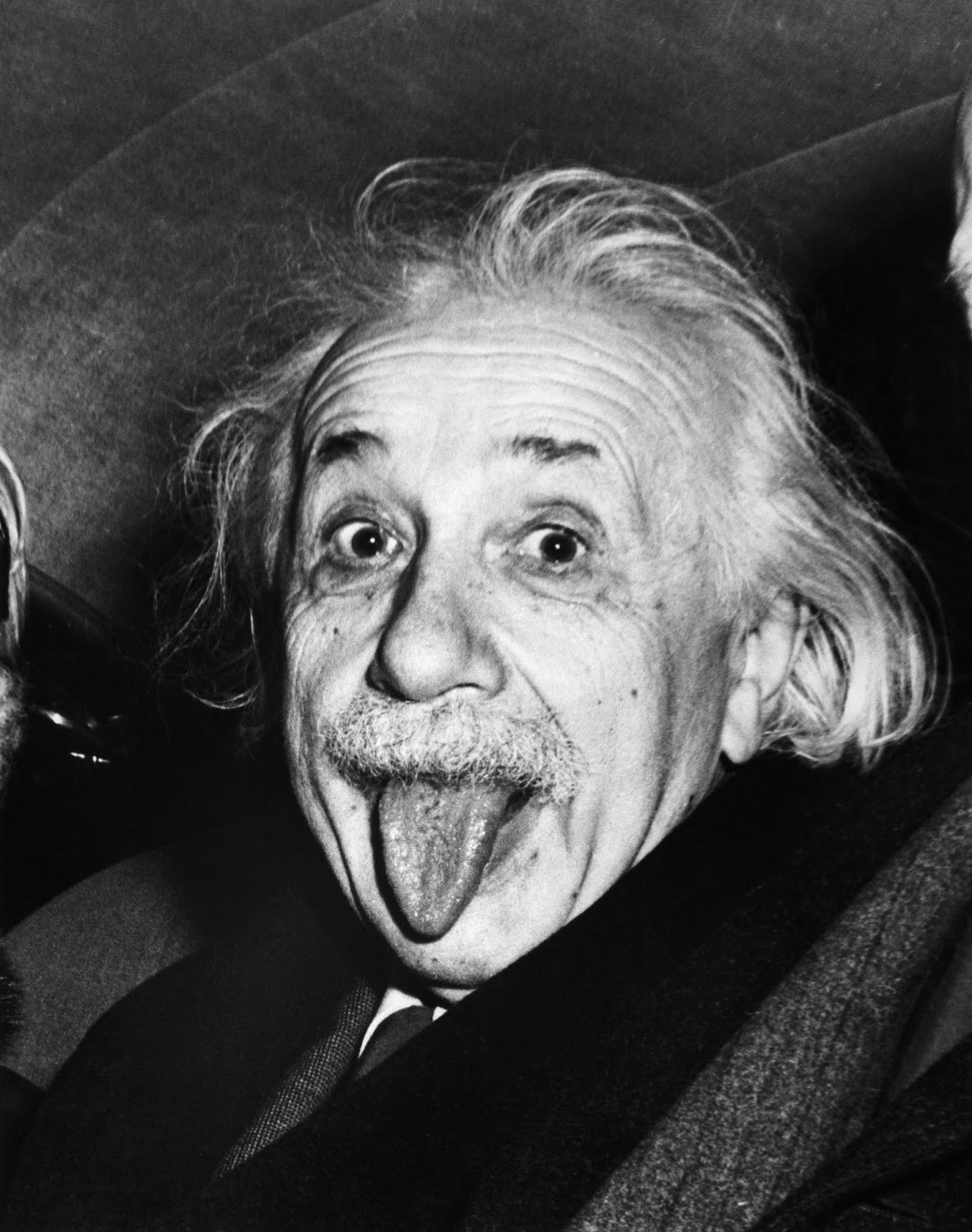 Albert Einstein sticks out his tongue when asked by photographers to smile on the occasion of his 72nd birthday on March 14, 1951.

The shot was taken on Einstein’s 72nd birthday right after an event in his honor was finished at Princeton on March 14, 1951.

While walking with Dr. Frank Aydelotte, the former head of the Institute for Advanced Study, and Mrs. Aydelotte back to their car, reporters followed trying to get shots of Einstein.

UPI photographer Arthur Sasse let the crowd of reporters take their pictures and when the crowd had dispersed walked up close to the car and said: “Ya, Professor, smile for your birthday picture, Ya?”.

Einstein thought the photographer wouldn’t be fast enough stuck his tongue out and quickly turned his head away. Probably the reason why Einstein did the gesture was to try to ruin the photo. But his plan backfired.

The editors debated on whether or not to use the picture and Sasse remembers that “Caveo Sileo, assignment editor, liked it, but the chief editor didn’t. So they had a conference with the big chiefs upstairs.

Albert Einstein before his famous photo with his tongue out.

The picture got okayed, and we used it”. Since Einstein already had the reputation for being a bit bizarre, the photo was seen as another example of his charm and established a public image of Einstein as the nutty professor.

The photograph became one of the most popular ever taken of Einstein, often used in merchandise depicting him in a lighthearted sense.

The original image included the faces of Dr. and Mrs. Aydelotte in the car, but it was cropped by Einstein himself, who liked it so much that he sent his friends greeting cards decorated with the image.

He requested UPI to give him nine copies for personal use, one of which he signed for a reporter. On June 19, 2009, the original signed photograph was sold at auction for $74,324, a record for an Einstein picture.